Did you know that a camp stove can help you meet new people? I sure didn’t, but it can if that stove is the Onja. It seems bystanders can miraculously appear from thin air just to say, “What the heck is that” or “Hey, now that’s cool,” when you least expect it. It even happened inside the Arctic Circle! Of course, it’s easy to understand why. For a camp stove, this thing looks cool, but there’s far more to it than just a pretty face, so let’s dive in. 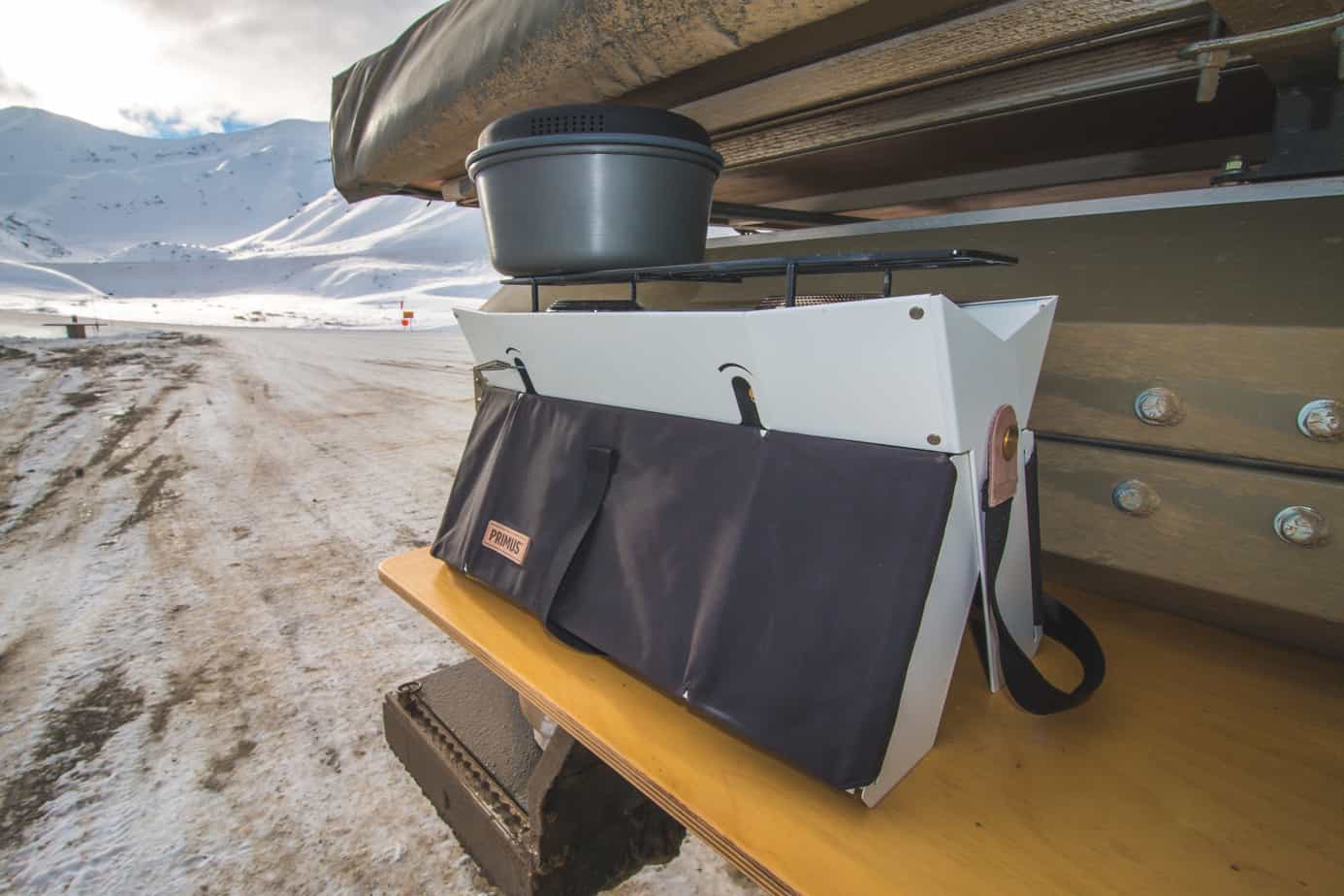 The Onja is designed as a compact two-burner stove, perfect for weekend outings or picnics by the lake. It comes with a carrying strap to tote it around, a pretty sweet oak cutting board that doubles as a lid for the grill, and an expandable body that increases stability and protects the burners from the wind. The biggest difference between this stove and your father’s Coleman though is the tall and narrow design, which brings the cooking surface to kitchen height when placed on a camp table, and accommodates two 450 g gas canisters inside the body. 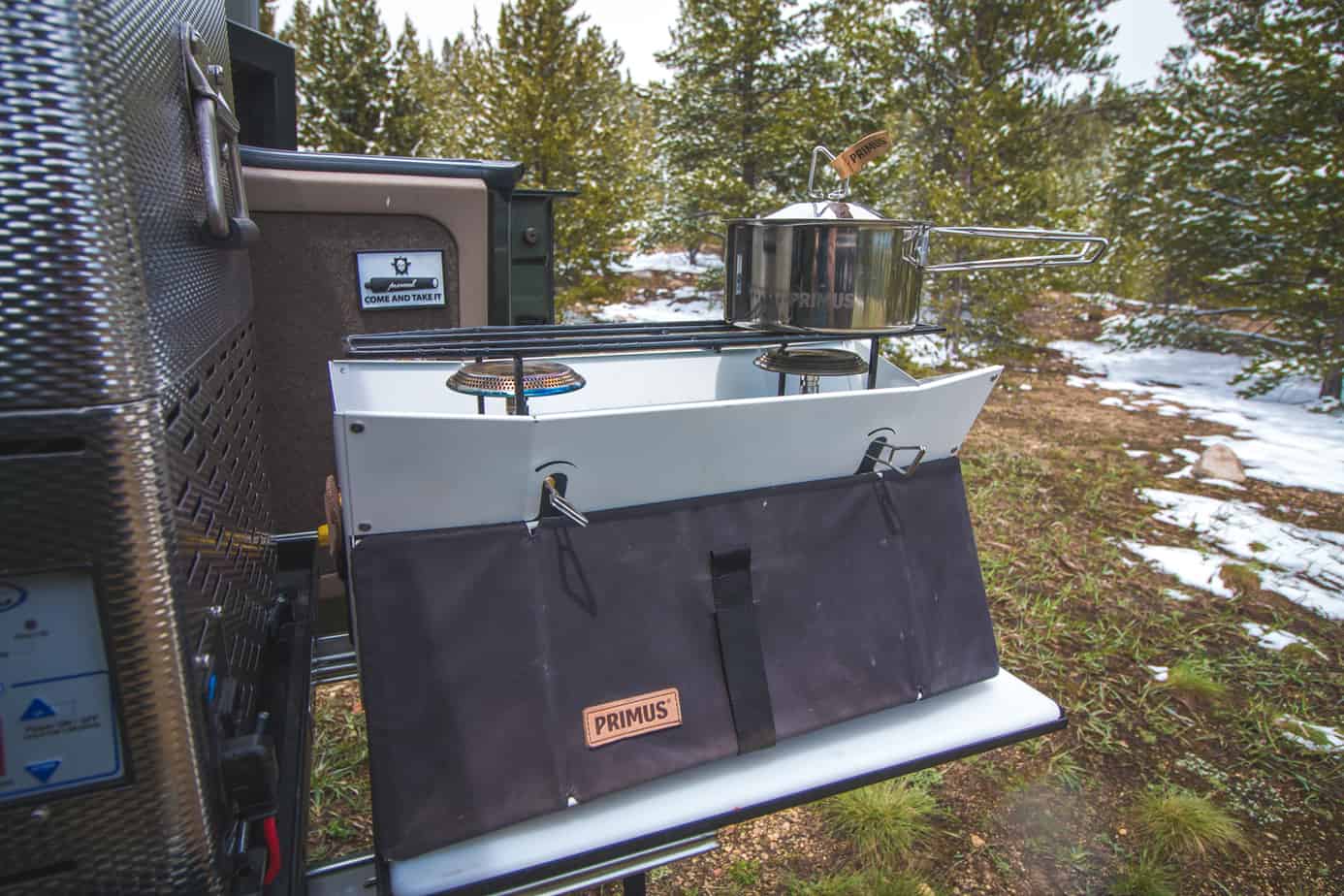 I bought the Onja for two reasons. The first, and rather pointless reason is that I’m partial to its looks. It has a sort of Japanese Zen garden meets American hipster vibe to it, and I dig it. Second, and more importantly, I hate having to assemble a stove every time I need to use it. With the hidden fuel canisters, it is possible to leave them in at all times, making cooking a simple matter of pulling out the stove and lighting the burner. No other assembly is required. This approach has made my trips far more enjoyable, and encourages me to stop more often for a hot cup of coffee or steaming bowl of soup. 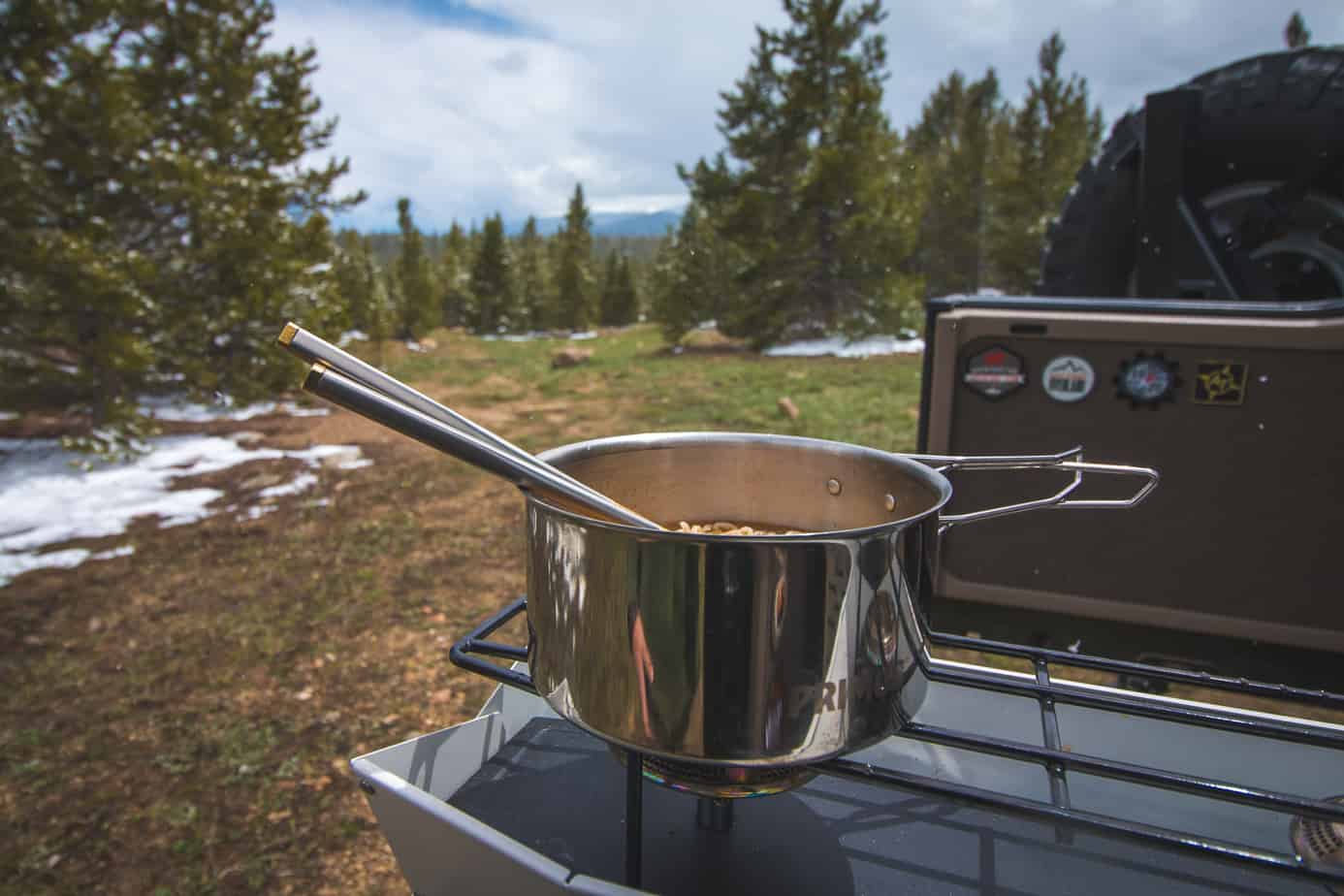 Unfortunately, leaving the fuel canisters in does have a downside. If you aren’t careful packing the stove away, it’s possible for a valve to be opened while driving, allowing fuel to leak out of the burner. I had this happen once on a trip through Big Bend, but was lucky enough to notice before it became a problem.

The cutting board is a great touch, and also works as a serving platter or plate. I use it for almost every camp meal in some form or fashion, and can honestly say it ended up being one of my favorite parts of this stove. It’s simple, serves many purposes, and holds up well to wear and tear; an easy win. 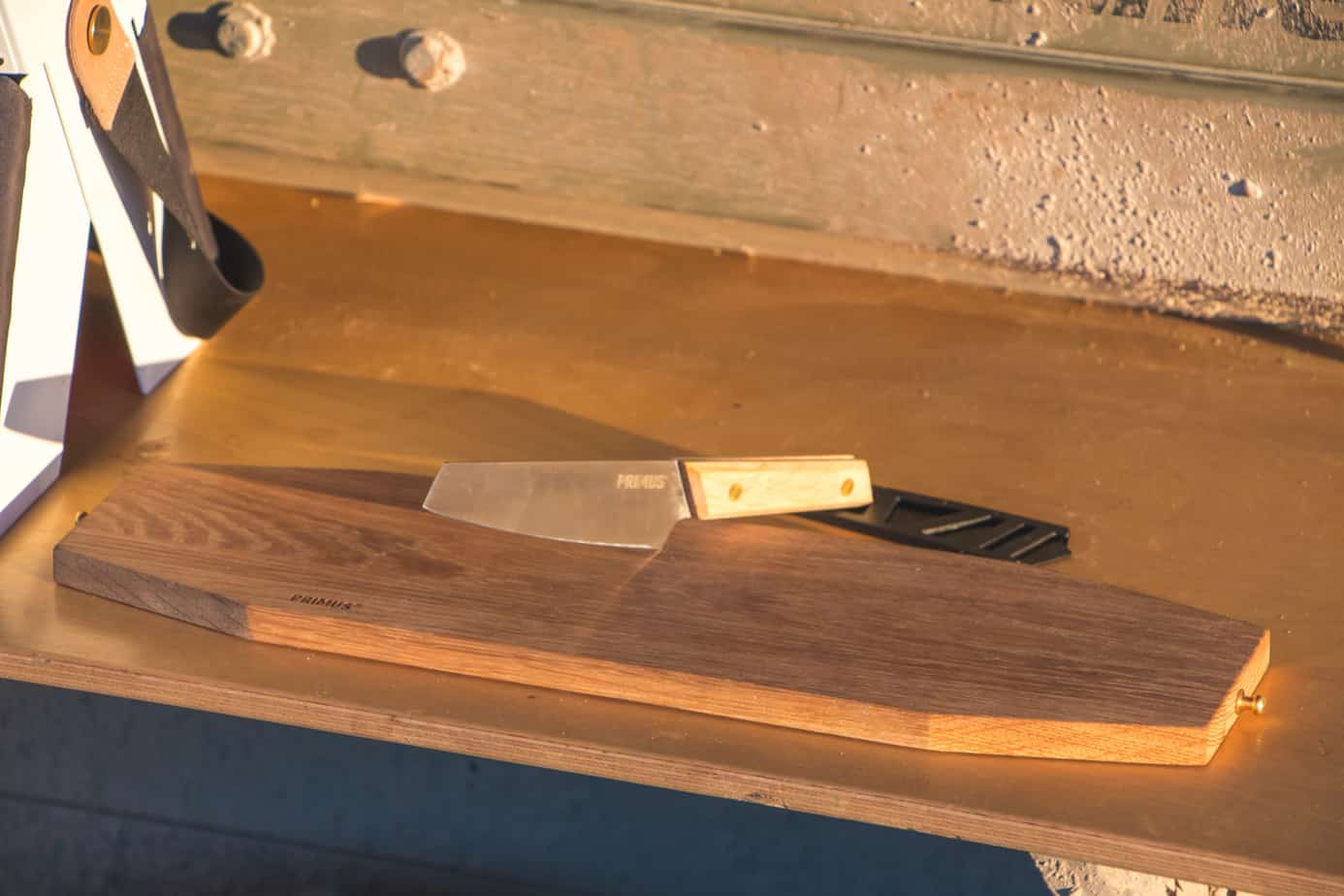 At 6’ 4” tall, I found the additional height of this stove to be quite useful, however someone of shorter stature might dislike it. My fiancé, for example, hates using the Onja on the back of our Excursion, as pots and pans end up being too high for her to see into. The additional height and narrow design also made me a little nervous when preparing food, especially soup. I was always slightly worried that an accidental bump would send the dish careening into the dirt, but stability is surprisingly good, and we’ve yet to have a major spill.

As you’d expect from a Primus product, cooking power is excellent. We’ve prepared hot noodle soup in the Arctic Circle during a snowstorm, cooked tacos at mountain elevations, and made omelets during a rain storm on the beach. While it may not be the most powerful stove out there, it will certainly get the job done; at least until the winds pick up. This stove’s main weakness is the built-in windscreen, which is designed to shield the burners when the body is extended. Unfortunately, the coverage isn’t great, and high winds will increase cooking time significantly. I generally find it best to either shelter the stove, or only extend the body part of the way to keep the shield higher. 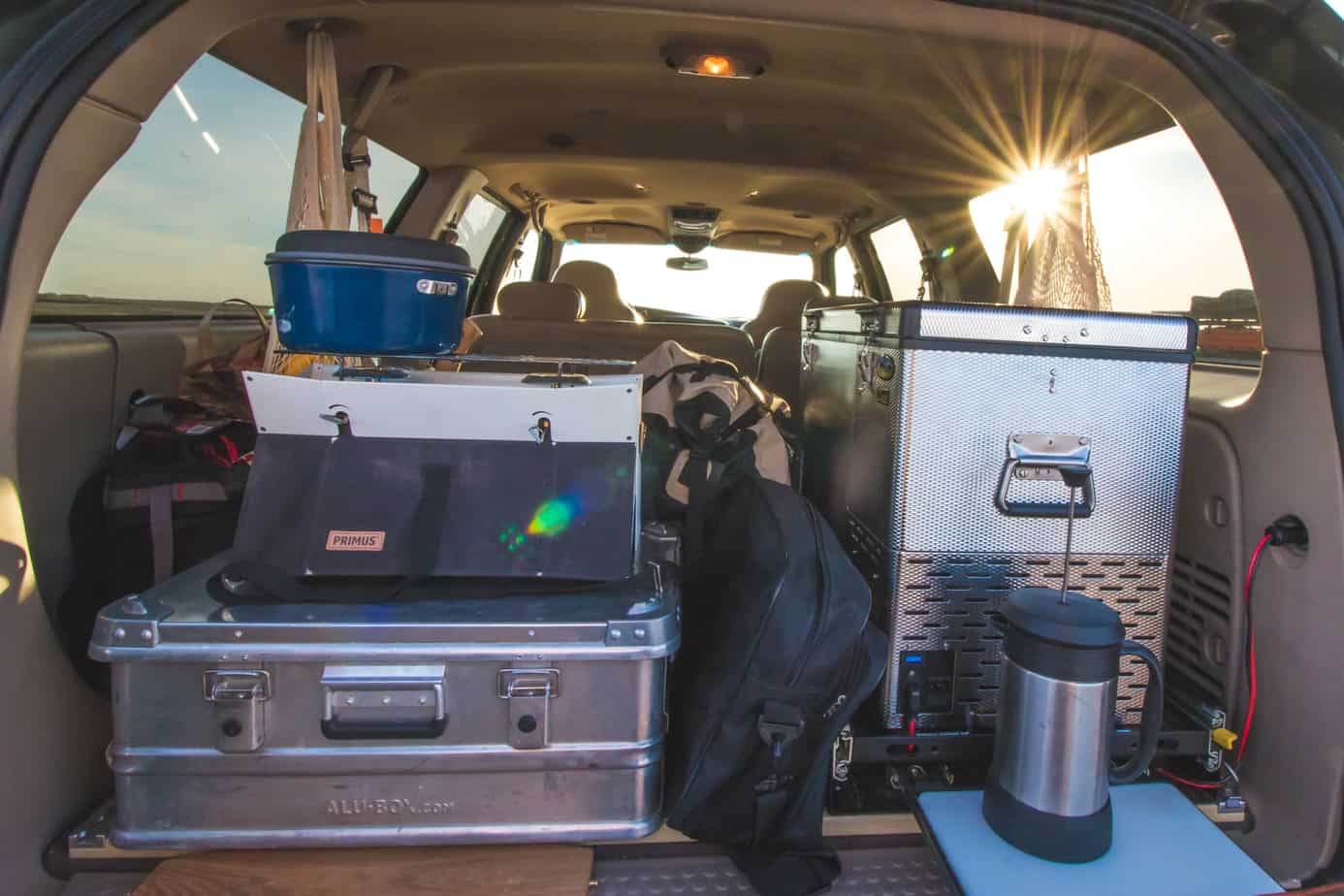 Since I purchased this Onja last October, it has bounced around in the Alubox on my truck, been thrown into an Australian Land Cruiser, rolled about in a Chaser trailer, and dropped off a tailgate into the dirt, yet it still works as well as the day I bought it. Despite its rather delicate appearing design, it passes the durability test with flying colors.

While the Onja certainly isn’t for everyone, I have really enjoyed mine, and would recommend it for anyone searching for something a little different than the ordinary camp stove. It looks great, is quick to deploy, and will help you to meet loads of new people in camp—whether you want to or not.

The Onja is rated 3.7 out of 5 stars from 16 customer reviews on Amazon. 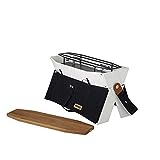 A2A Expedition: Give Me Inconvenience Or Give Me Death 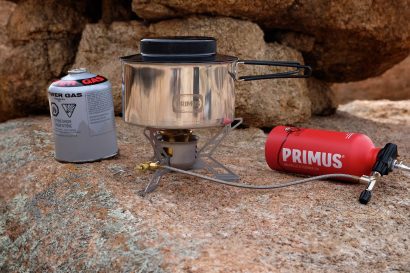 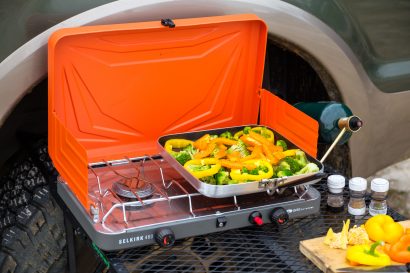 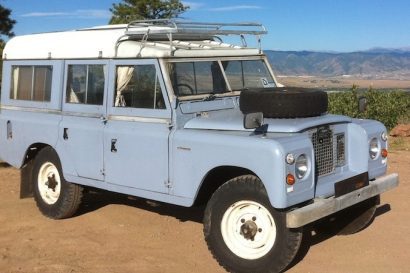