It is an unavoidable aspect of automotive ownership––depreciation. The minute you put the key in the ignition and make the wheels go ‘round, the value of any vehicle begins to erode. Some trucks lose their value quicker than others, and depending on which side of an automotive transaction you find yourself, this can even be a good thing. However, once the keys are in your hand, depreciation values carry significant sting. In fact, some trucks lose their value so rapidly, it’s almost best to abandon the hopes of ever selling it in the future and just drive it until the wheels fall off. So which vehicles rank as the worst of the worst for retaining their value?

Below are examples of ten of the more popular overland platforms from 2000 to 2003 and a rough evaluation of how their values have held up since. Some of these numbers may surprise you, a few blew me away entirely.

To come up with these calculations I referenced three well known used car valuation websites. I chose vehicles with 100,000 miles on the odometer as the baseline. I excluded vehicles in poor or showroom condition and focused on trucks of “good” condition. For the original purchase price values I took an average of the more popular trim levels applicable to the overlander, meaning I disregarded all 2WD models. There was a considerable amount of cost averaging to get the numbers to a digestible and reliable level, but I believe the results are as accurate as possible.

As a side note, depreciation values are not linear when compared vehicle to vehicle. This conspired to complicate the results, so there is a considerable amount of subjectivity applied to the final ranking. There is also a slight disparity in the estimated values and the real-world selling prices. In other words, don’t dog pile the comment box if you think the conclusions are slightly off. 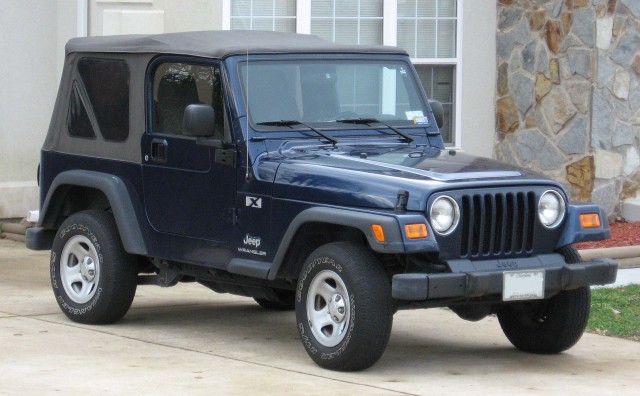 Long before the four door variant was made available, the venerable Wrangler was still a solid go-to for overland travel. In good condition a 15 year old Wrangler can still command a respectful purchase price between $8,000 and $9,000. Given its original price which barely tipped the $20,000 mark, that is impressive value retention. With the vast network of aftermarket parts, a Wrangler still represents a good automotive purchase with regard to depreciation. 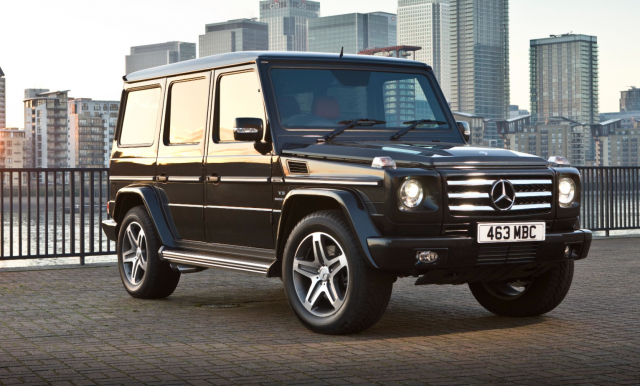 Adding to the value of these trucks is the fact they really have not changed in decades. They were also produced in limited numbers and attainable only to a select and elite few. With new versions selling for well over $100,000, lightly used models from recent years are highly desirable which keeps values high. A 15 year old G-Wagen is hardly long in the tooth and if well maintained can last for decades. As such, you’ll still have to pony up $20,000 or more for a vehicle that once sold for over $70,000. What makes the G-Wagen’s depreciation unique is the fact that they never seem to dip far below $20,000 regardless of age, mileage, or condition. Once they arrive at the lower aspect of their value range, they seem to maintain that level, and it’s still not an insignificant amount of money. 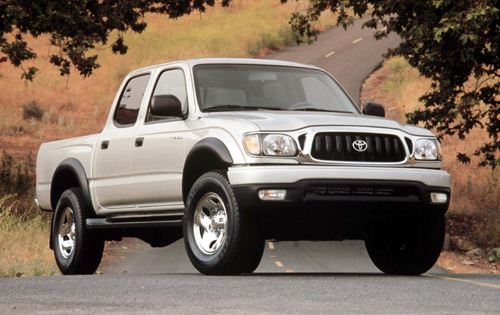 Sliding in just behind the Mercedes-Benz is the Tacoma. Because options and trim levels for the Tacoma are so widespread, it is tricky to get a firm fix on the overall depreciation of the platform. In the end, a truck valued at $20,000 in 2000 is likely to fetch at least $7,000 in good condition today, which is quite impressive. Considering how many miles one can expect to extract from a Tacoma, they make for a smart purchase. 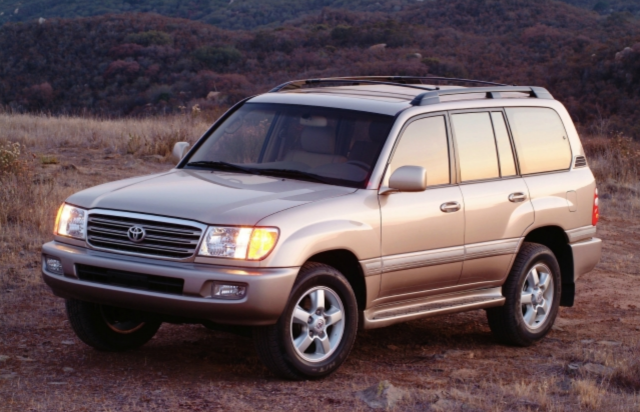 This particular truck is a bit of an anomaly and typically sells for more than its common estimated value. If the Kelly Blue Book value for a Cruiser clocks in at $12,000, chances are it could exceed that number once a real-world transaction takes place. Considering these trucks were designed and built to meet Toyota’s projection of a 500,000 mile service life, you can see why they are so popular, and thus––a good investment. However, Cruiser owners often suffer from “pie in the sky” syndrome when selling their built-up trucks. Examples of $12,000 Cruisers with $20,000 worth of modifications being listed for $40,000 abound. It makes for interesting math calculations. 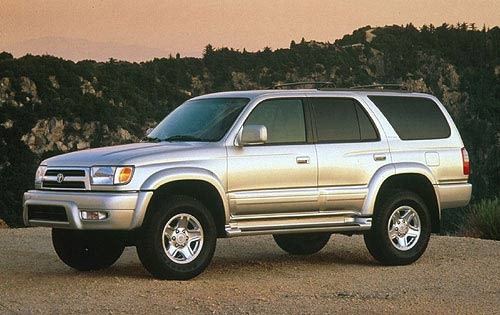 The 4Runner is another difficult vehicle to evaluate. In 2000 the purchase prices of a 4Runner ranged from $22,000 to nearly $40,000 for a fully loaded model. After doing a lot of cost averaging I determined that most 4Runners of this vintage hold their value well, but not so well you wouldn’t feel a significant hit if you sold your one-owner today. I think placing this vehicle mid-pack is accurate. 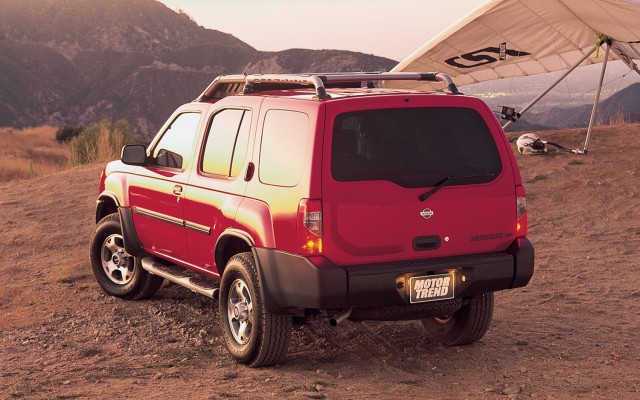 This was a bit of a surprise to me, seeing the Xterra so far along the list of value losers. A well appointed 2000 model year Xterra will have lost a full $20,000 by the time it reaches the block today. After digging around a few classifieds I found Xterras for under $4,000 without much trouble. Xterras appear to lose their value rather quickly but stabilize around the $6,000 to $8,000 range. 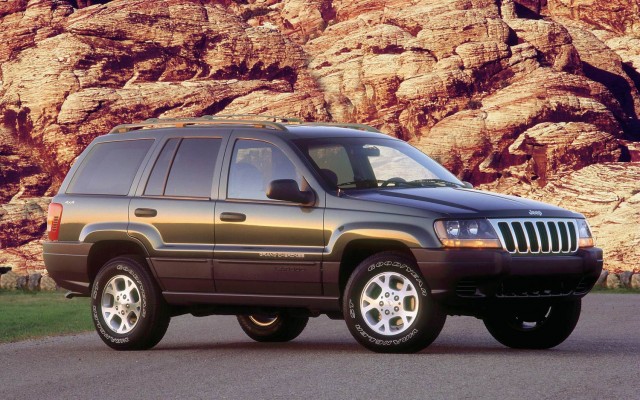 And now we start to close in on the real dogs. Although it was never terribly expensive in 2000, the Grand Cherokee did ring in at $32,000 to $34,000 depending on a few select options. That same truck in good nick today with low miles will only sell for $4,500 or slightly better if you have a beguiling smile. Not necessarily known as a vehicle capable of achieving huge odometer scores, it is questionable how much longer a 15 year old Grand Cherokee can be expected to soldier on. The standard Cherokee seems to be a better value-holder. A well appointed 2000 model year Cherokee sold for just $24,000 and can be worth more than its Grand Cherokee bigger brother today. 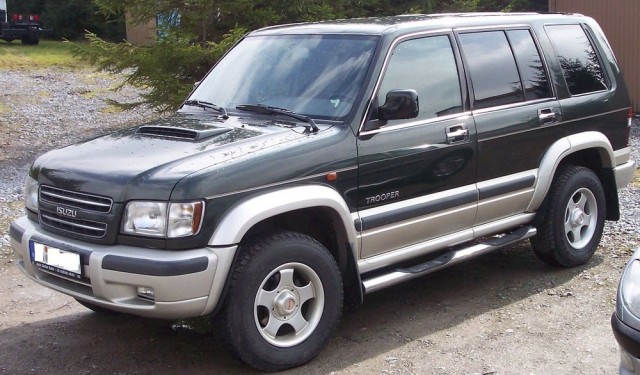 There was a brief moment in time as the last decade came to a close when these vehicles were highly prized as a sound value. Most of the good specimens have since given up the ghost, their engines having spilled or burned their oil reserves long ago. Despite being relatively expensive at the time of first purchase, they quickly depreciated. A keen eyed shopper can find these trucks for as little as $3,200 or less. A victim of a host of value eroding variables, it won’t be long before a Trooper from 2000 won’t be worth the tires it’s rolling on. 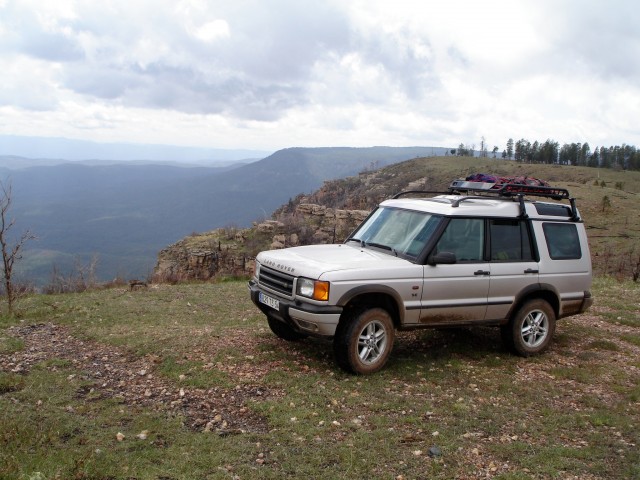 Now this list starts to hold few surprises. The plummeting value of the Land Rover Discovery II is almost legendary. My personal experience tells the whole woeful tale. My once $40,000 vehicle lost more than 90% of its value within as few as eight years with only 80,000 miles on the ticker. By the time I gave it away, it was worth virtually nothing. I so loathed that truck by the end, I still hold a small ceremony with each new moon whereby I burn it in effigy. Disco II values are so low, finding them for under $2,500 is not difficult and this for a truck in fully functioning condition, which is also becoming a bit of a rarity as scads of failures big and small infect these trucks like a pandemic. But it does get worse, and with that I give you the most abysmal value in overland vehicles.

If you happened to visit your local Landy dealer in the year 2000 and set your sights on a well appointed Range Rover, that vehicle would have set you back a cool $61,000 or more. If you look up the current value of that same vehicle on KBB or other sites, you’ll see an insane drop in value to the tune of $55,000 or more. That’s right, the going rate for a 2000 Range Rover P38 with 100,000 miles is a shade over $5,500. A cursory look through a number of classifieds suggests that the actual selling prices might exceed that, but that is an crushing drop all the same. Even the most recent body style of the Range Rover is a terrible value holder. A 2005 Range Rover with just 100,000 miles on the odometer can be had for as little as $12,000, or to put this in more depressing terms, just slightly more than the price of a Subaru Outback from the same year with the same mileage.

As I mentioned earlier, this list is based on available published numbers, but it excludes one critical variable: The value of anything is based on what buyers are willing to pay.

It also doesn’t account for the actual cost to have any of these trucks in your garage. Buying a $60,000 P38 Rangie for $5,500 is a sucker’s bet, and in the long run will empty your pockets in short order. Likewise, over paying for a Land Cruiser that may reach 500,000 miles might be the bargain of the century. As is the case with so many things––it’s all relative. 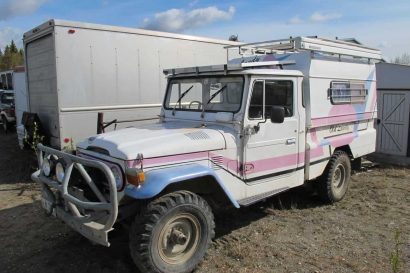 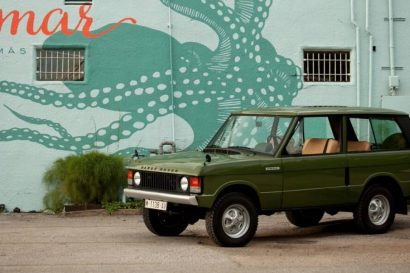 Should You Buy a Vintage Overlander? 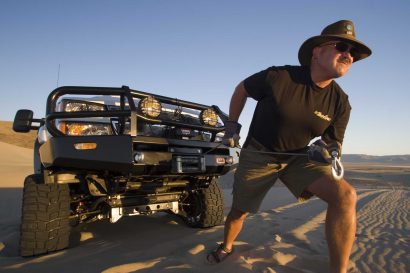