Well, there’s certainly no shortage of 5th-generation 4Runners gracing the pages of websites and magazines these days. It seems like everywhere you look there’s a new one being built up with the latest and greatest gear, and another 10 more waiting to follow it. Don’t get me wrong, it’s cool to see so much excitement surrounding the platform, but amidst all the hubbub it seems that the 4th-generation models have been largely overshadowed, and that’s a shame. I for one miss seeing these cool trucks being built up by passionate enthusiasts, and so I reached out to Dustin Miller to talk about his 2008 4Runner, and bring the 4th generation back to the front page. 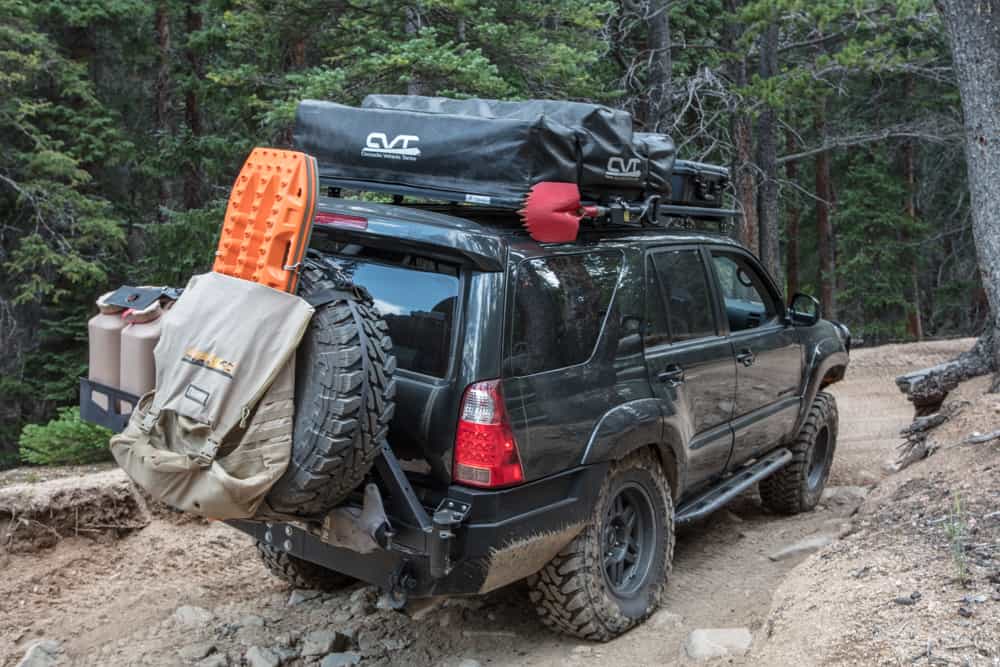 Dustin’s love for 4Runners began years ago when he spotted a forest green 3rd gen parked in the driveway at his uncle’s house. He knew right then that he wanted one, and in 2008 he got his wish with a brand new limited V8 in Shadow Mica. He nicknamed the truck LOBO, and it was an adventure from the start. “The day I picked it up it was snowing, and I drove 3 hours home in a blizzard. During that drive, I realized just how capable the 4Runner was, and I’ve been hooked ever since.” 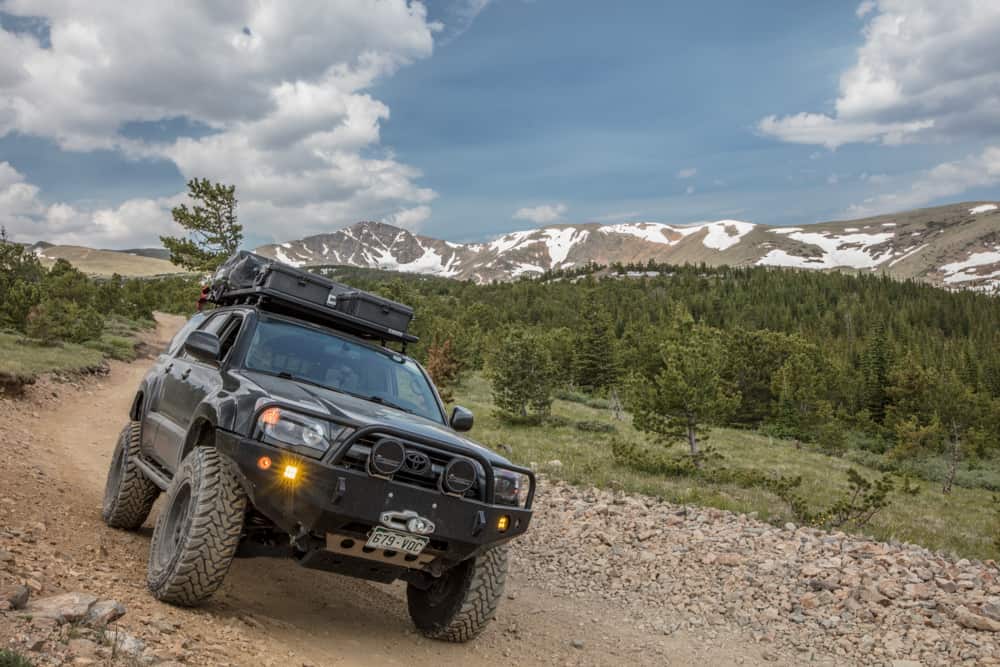 Like many of us, Dustin decided to modify his vehicle after experiencing off-road travel firsthand. He had just received his Bachelor of Science in wildlife and fisheries, and was beginning his Masters when he was granted an opportunity to visit South Africa to tag and track great whites at Dyer island. While the first 5 weeks would be spent in boats, the final week of his stay was on dry land, where he went on a safari in Land Cruisers and Land Rovers. “I fell in love with their setups and how they could go anywhere looking for wildlife. They were self-reliant and tough, and that inspired me to start building up my 4Runner to be able to do the same.” 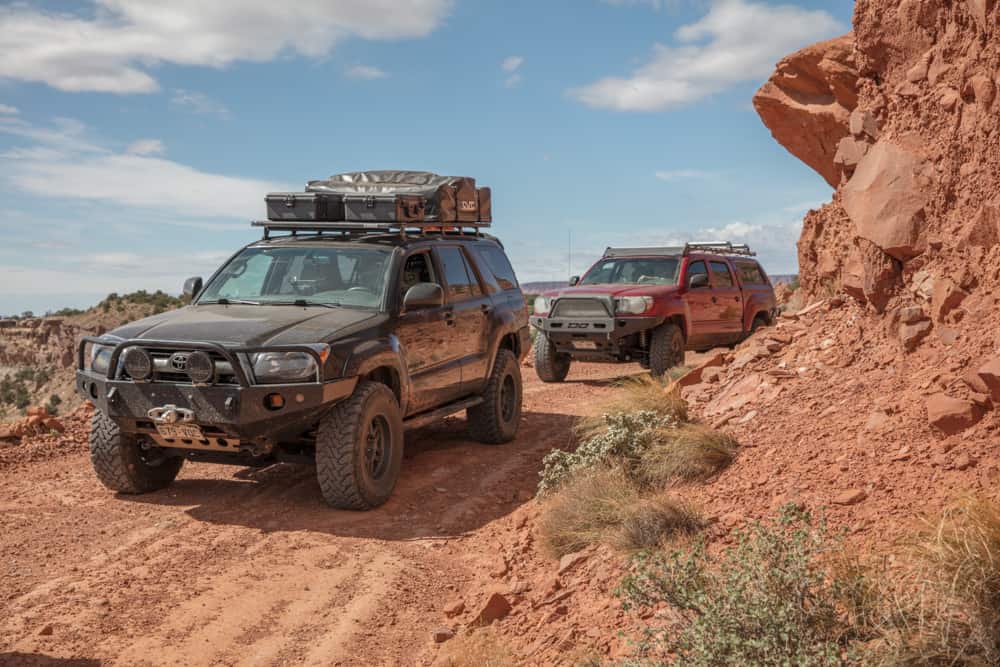 Dustin returned to the States with dreams of a lifted Toyota built for his own style of exploration. He just needed to figure out what that build would look like.

“I grew up on a farm in West Virginia, and have always had a love for the outdoors, wildlife, and camping. The main reason for the build was to get me into places that weren’t accessible by regular “cars” to view wildlife and nature for extended times.”

He started with a few basics and then began testing his setup on longer trips until he eventually completed a 7,800-mile journey across 17 states. Everything worked, but the camping system was slow and frustrating. It was then that Dustin began researching travel vehicles and stumbled upon the overland community. “I wanted my camping setup to become more efficient, so I could spend more time photographing wildlife and landscapes”. 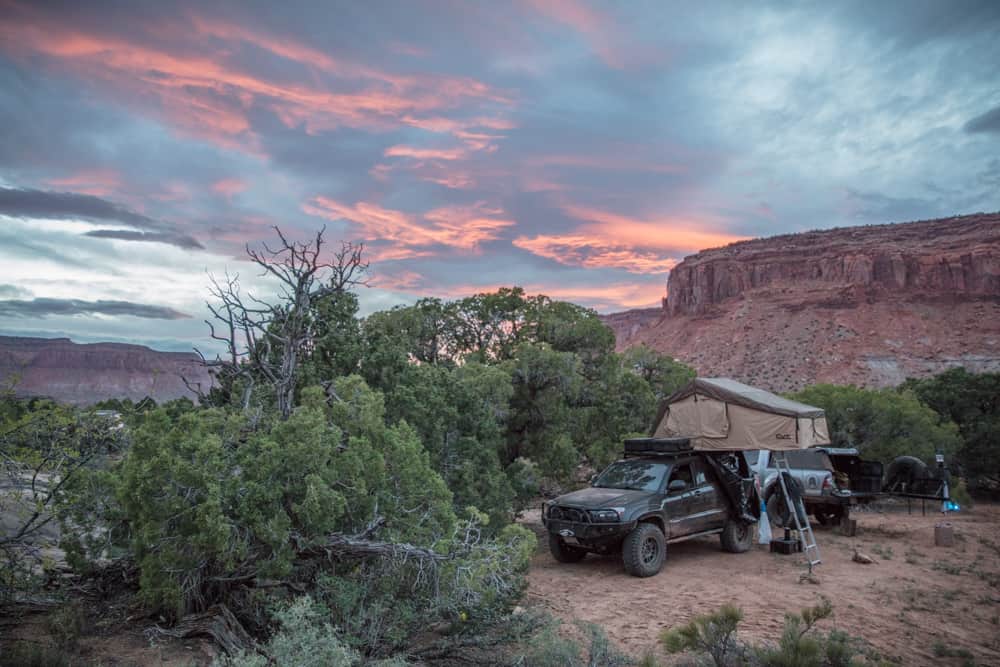 His first order of business was upgrading the suspension. Dustin needed something that would make his journeys out into the field more comfortable, while providing the vehicle with more clearance for technical terrain. The first piece of this puzzle came from Icon in the form of their Overland Springs. This helped support the additional weight of the truck’s accessories and provided the height he was looking for. New shocks were then needed, and he opted for Fox 2.0 adjustable performance series shocks in the rear, and 2.5 DSC coil-overs in the front. 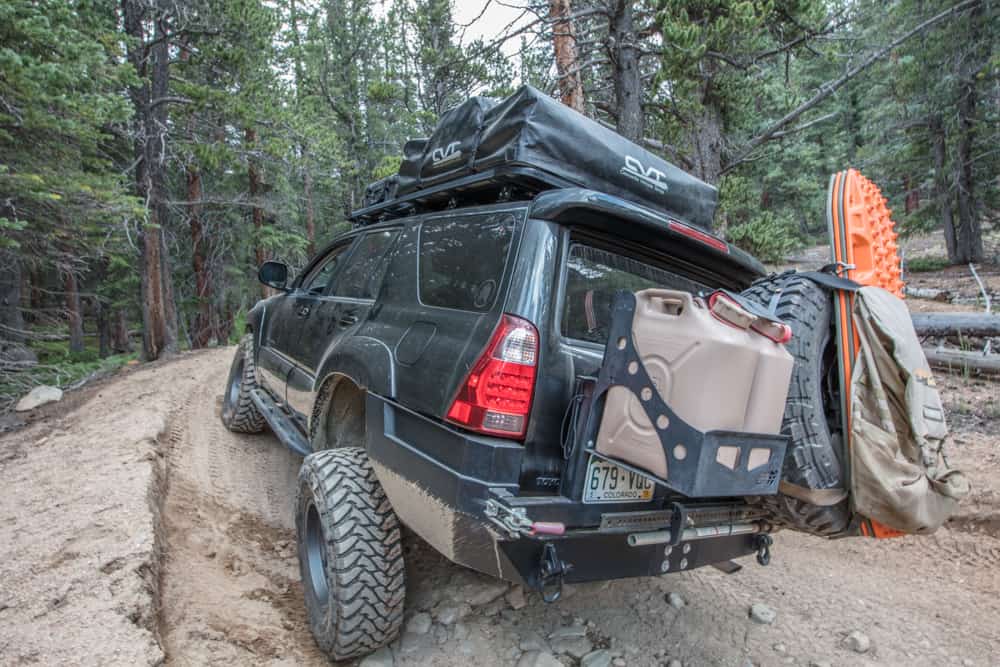 This suspension combination gave the vehicle a total of 3 inches of lift, which was enough to offset the stock alignment and induce wandering. Not the good kind. To remedy this, Dustin installed Total Chaos upper control arms which helped to restore some of the factory geometry. These UCAs also granted the 4Runner an additional inch of wheel travel in the front. 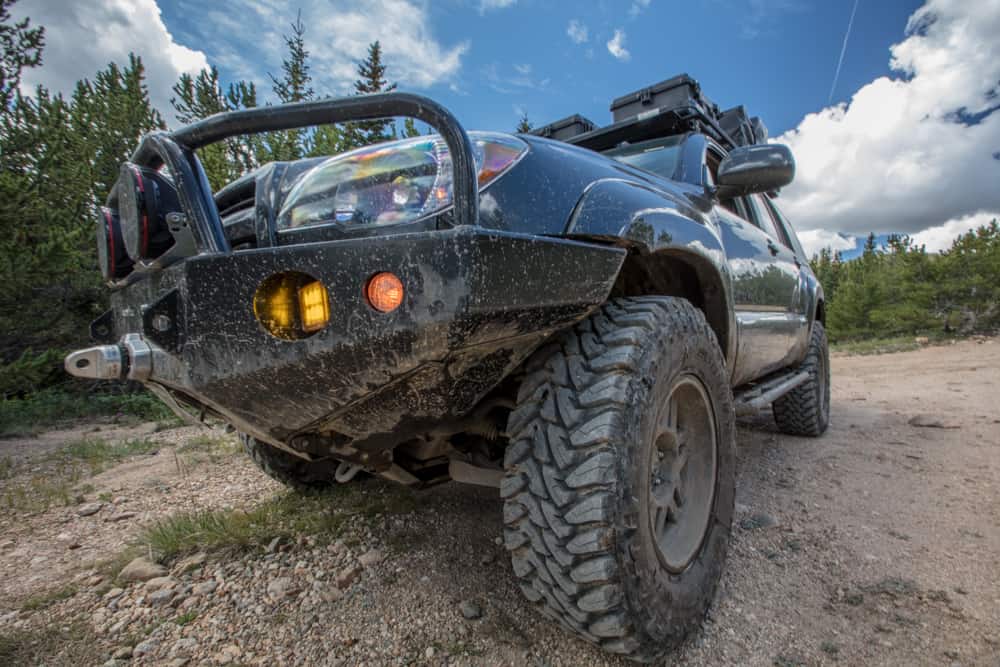 With the new lift installed there was plenty of room for larger tires. Dustin picked out a set of Toyo Open Country M/Ts in 285/75/17 and paired them with stealth 6 wheels in matte gunmetal. We’re usually fans of using stock wheels, but this combination looks absolutely perfect on his Toyota.

Armor came next. Dustin needed something to serve as a winch mount for recovery, while protecting him from animal strikes and improving the approach angle of the vehicle. He found his answer in Shrockworks’ low profile off-road bumper and mated it to a Warn VR 8000-s winch. 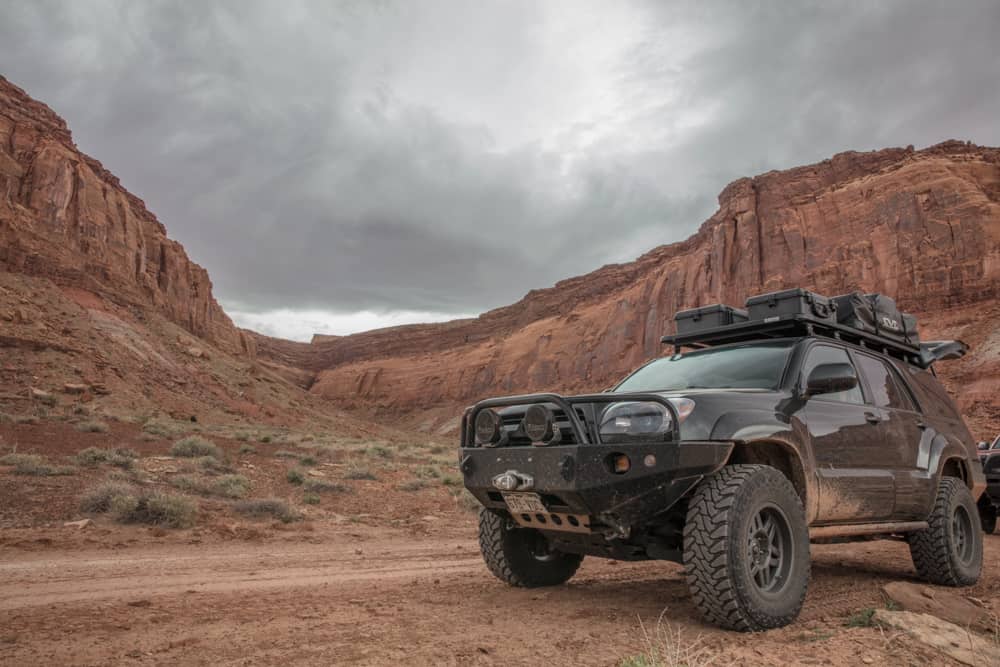 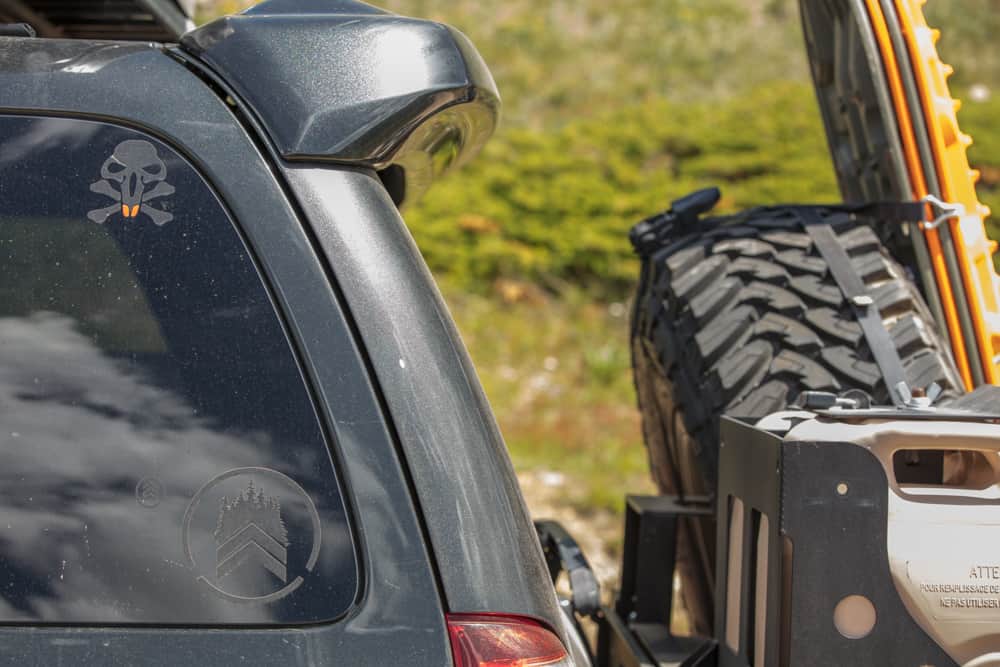 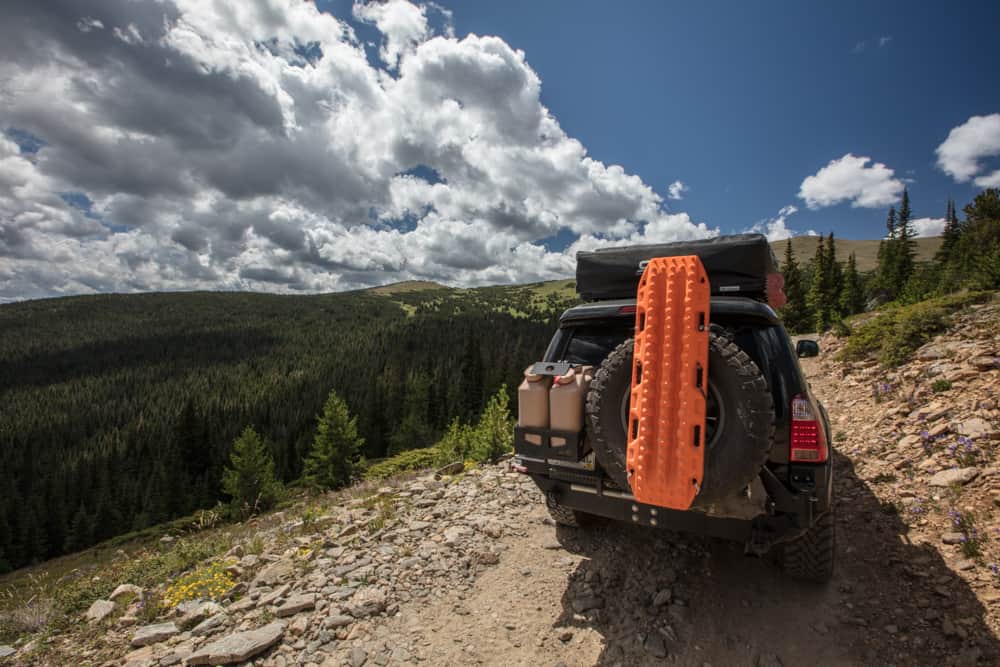 In the rear, he added a CBI bumper with dual jerry cans and a fold-out camp table. This augmented the 4Runner’s fuel supply, his water supply, and provided a place to prep meals near the rear of the vehicle. It also gave him a more appropriate mounting location for his spare tire. 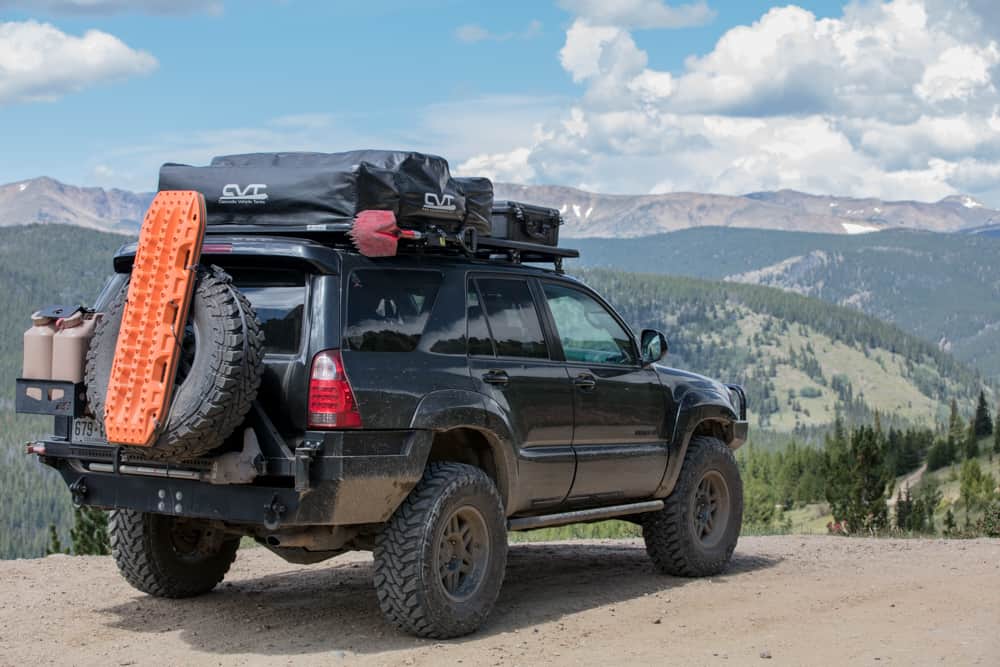 The final bits of protection came from RCI Offroad and Demello. From RCI Dustin purchased a full set of skid plates spanning from the front bumper to the rear diff, and from Demello he selected a set of rock sliders to cover the rocker panels. This gave him some peace of mind on the trail and reduced the chance of any serious damage on the rocks. 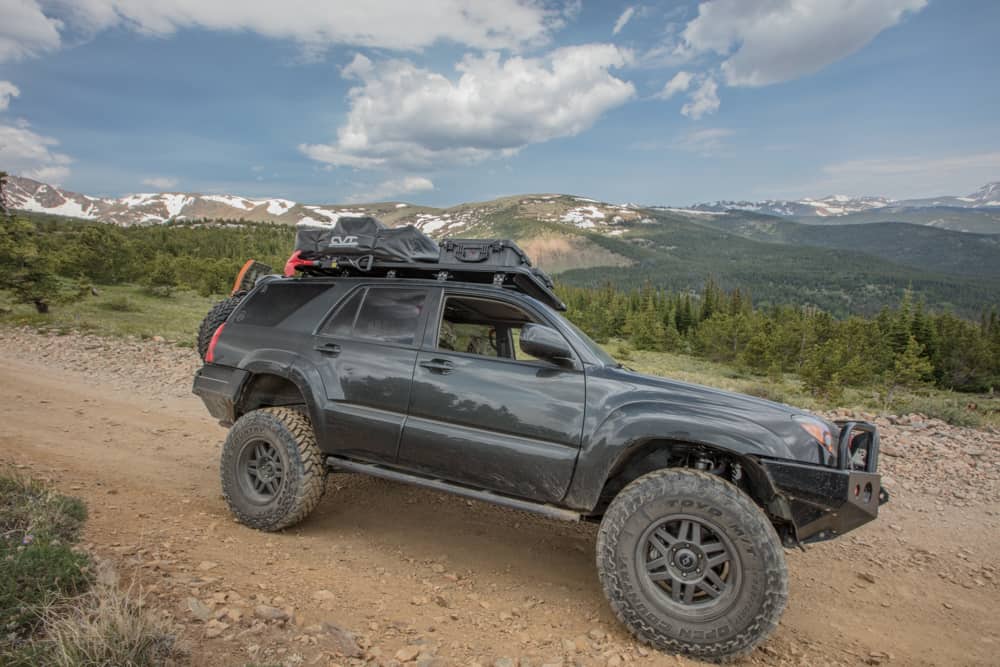 To improve performance in technical terrain, an ARB air locker was installed along with a new ARB air compressor. And since they had already opened up the diffs, Dustin swapped to 4:56 gears from Nitro gear and axle. He also installed ARB diff breathers to reduce the chance of water ingress during a deep crossing. 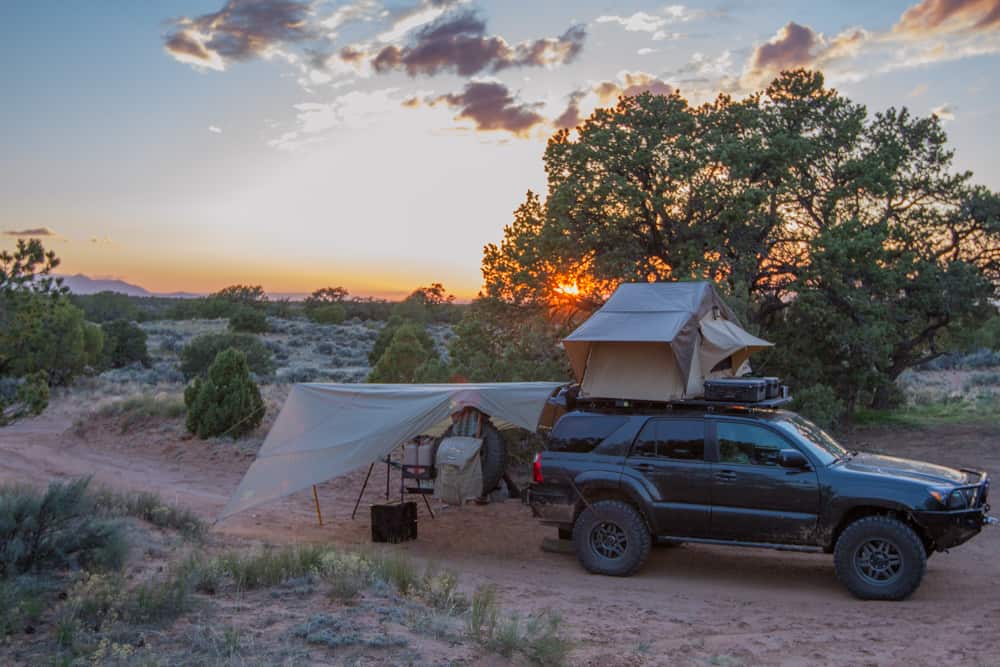 Thus far, all of this was only improving the vehicle’s performance, and not his camping comfort. To do that, he’d need to make some upgrades in sleeping accommodations, food storage, and power management. He began with a CVT Mt. Cayley roof top tent, which he mounted to an Eezi-Awn K9 2.2-meter roof rack. Next came an ARB 50-quart fridge/freezer with a rather slick slide and drawer system from Goose Gear. For power management, Dustin added a Goal Zero Yeti 400, Yeti 150, and Nomad 20 solar panel. This combination of products provided him all the comforts of home, from a soft mattress to a quick access kitchen and full assortment of power options for his electronics. 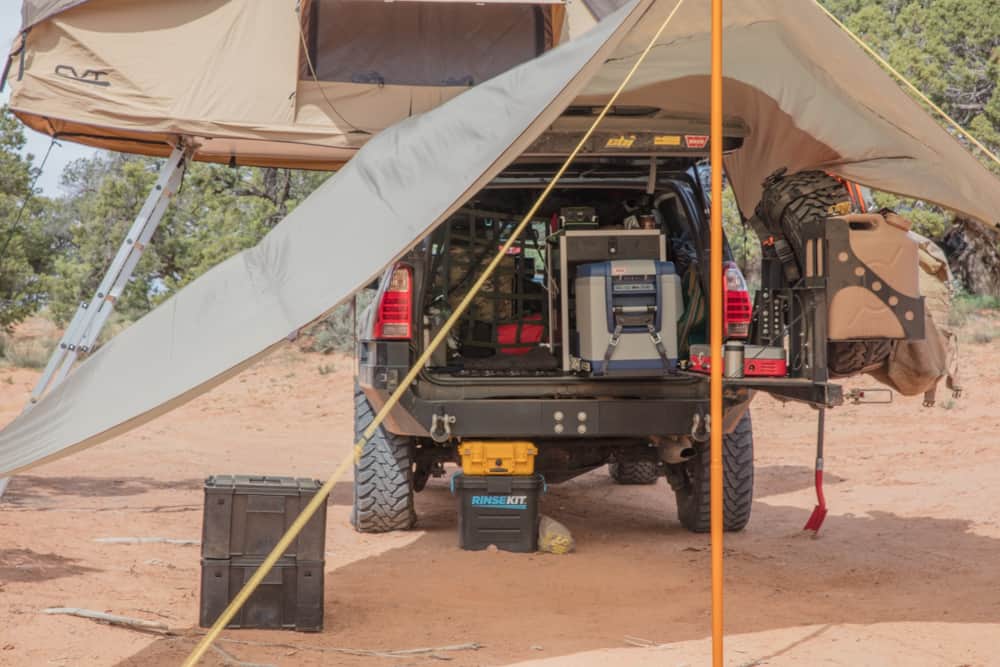 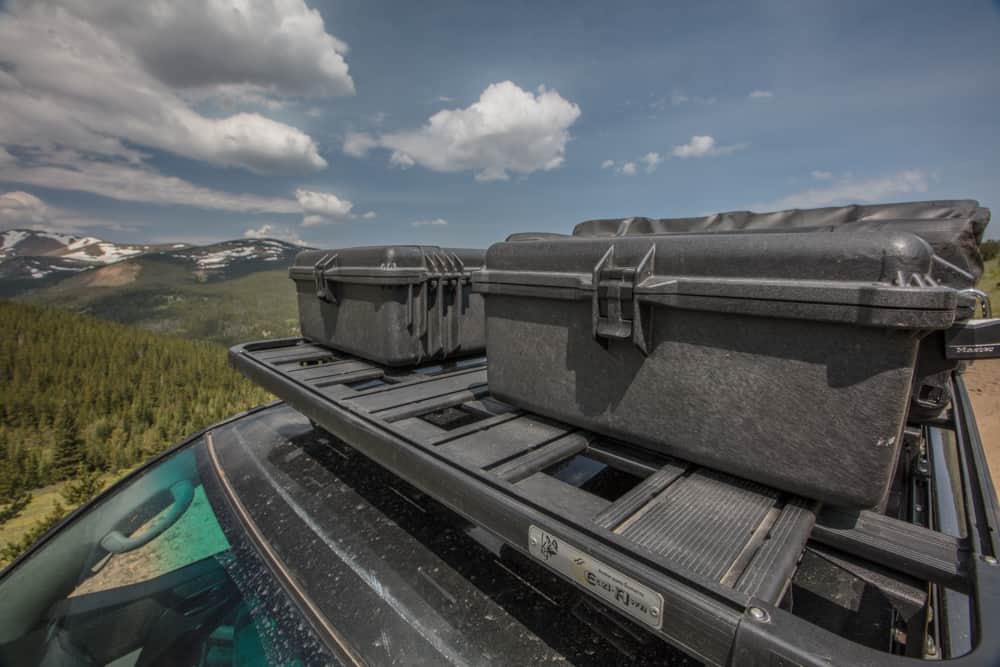 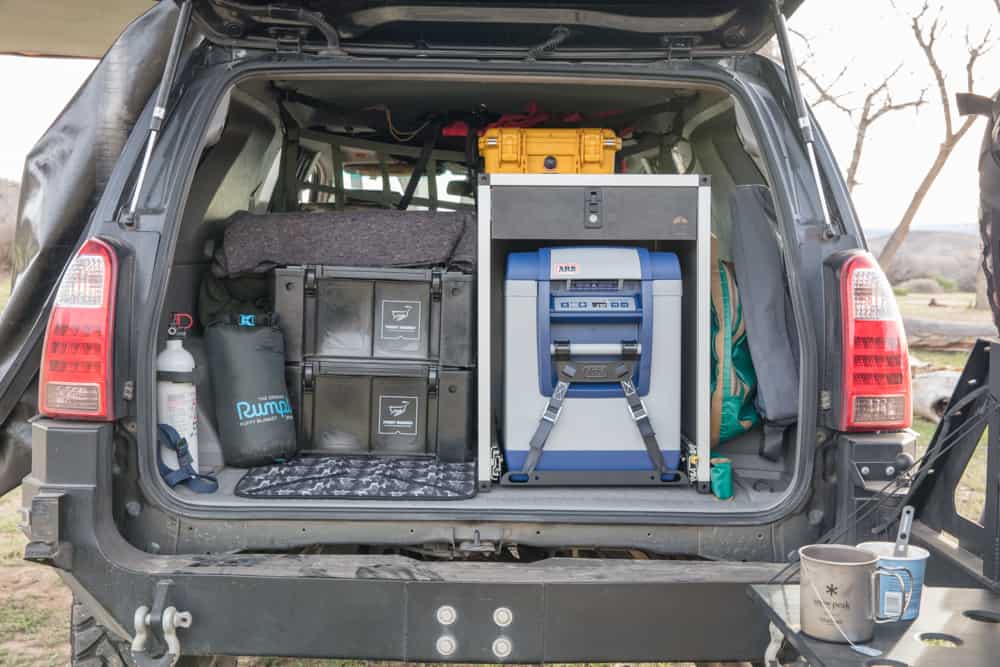 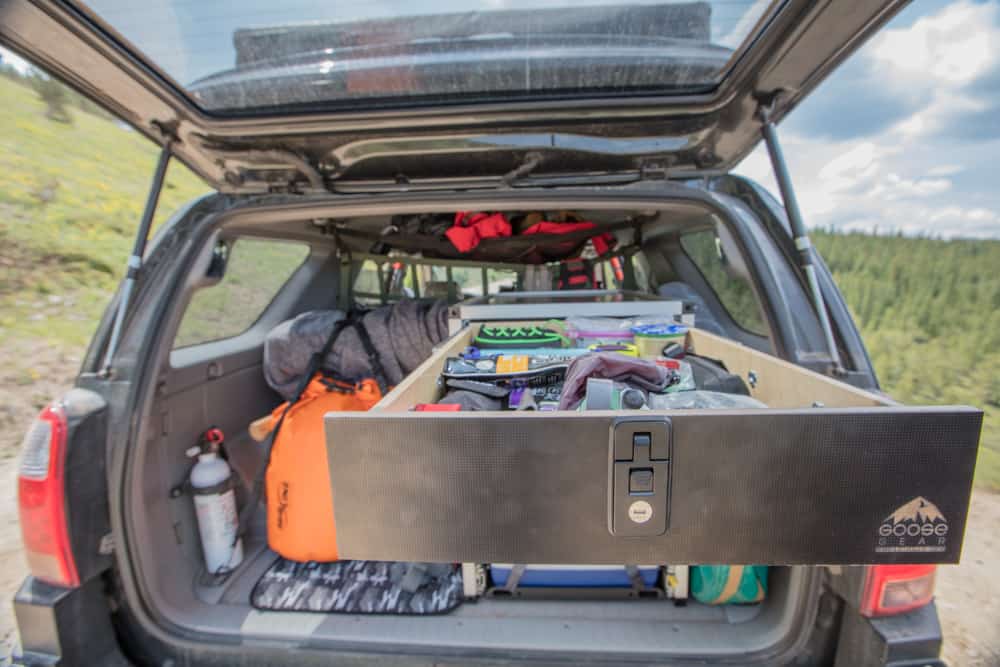 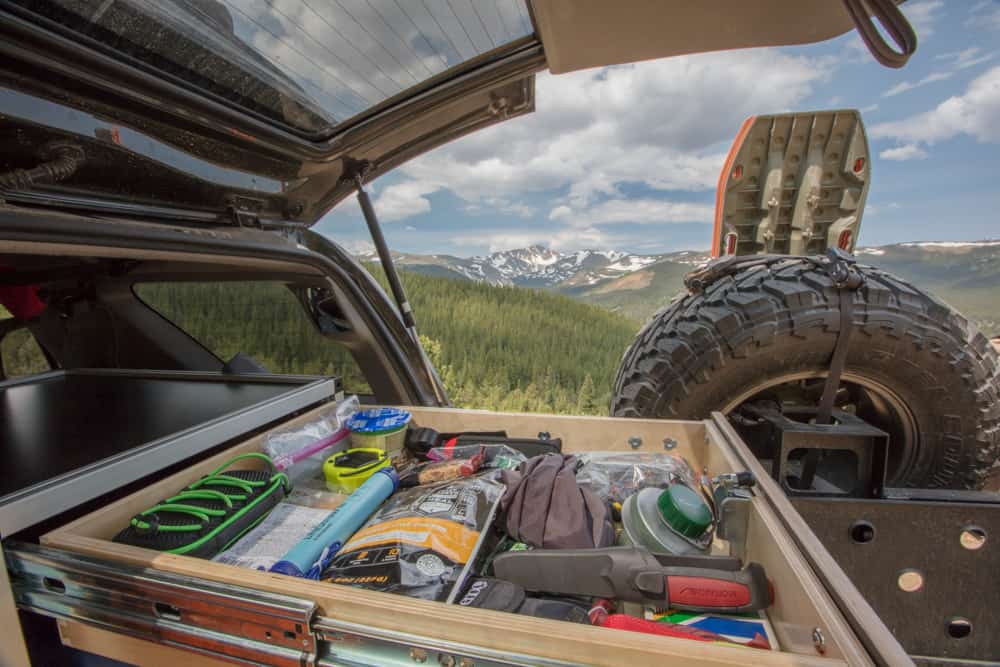 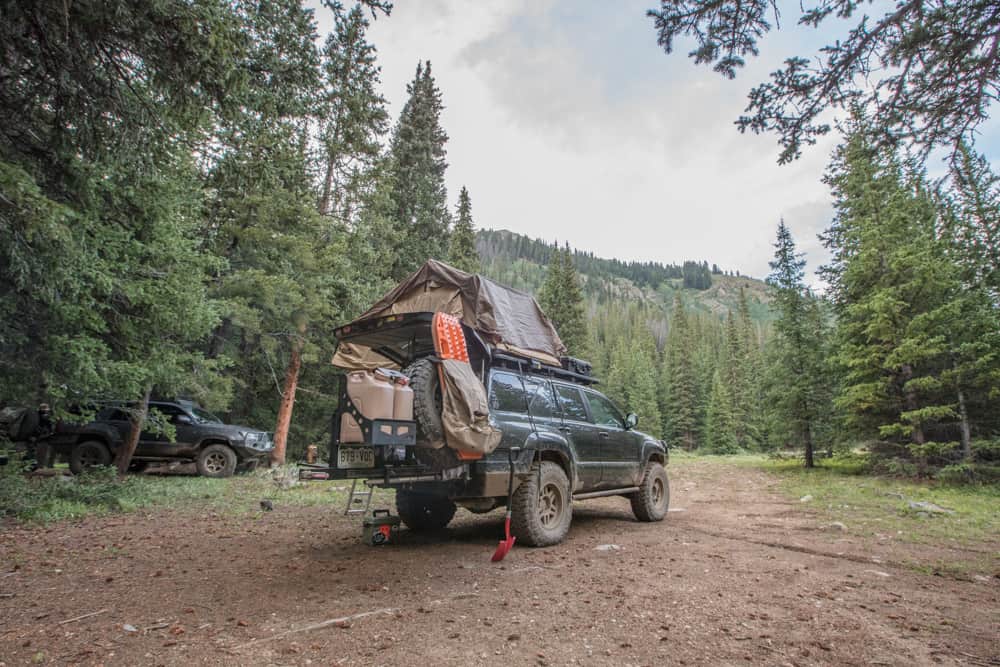 After the installation of Rigid D series fog lights, ARB Intensity driving lights, and additional USB and 12-volt outlets, the vehicle needed a wiring upgrade. For this Dustin turned to Slee Off-Road for a rewire using military grade hardware. Once completed, they installed a Switch Pro panel to control the vehicle’s various accessories. 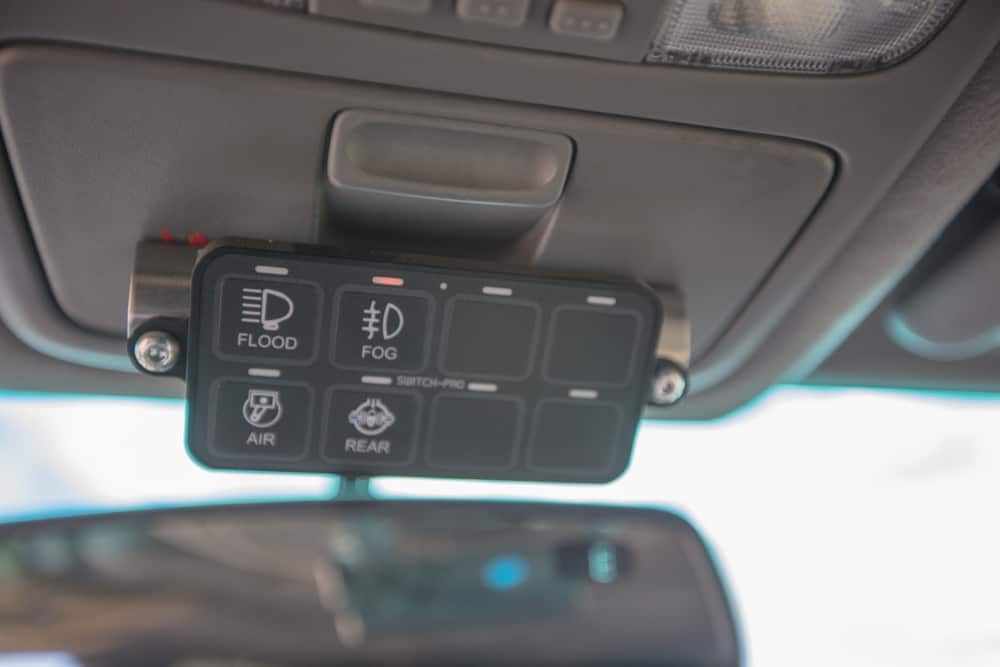 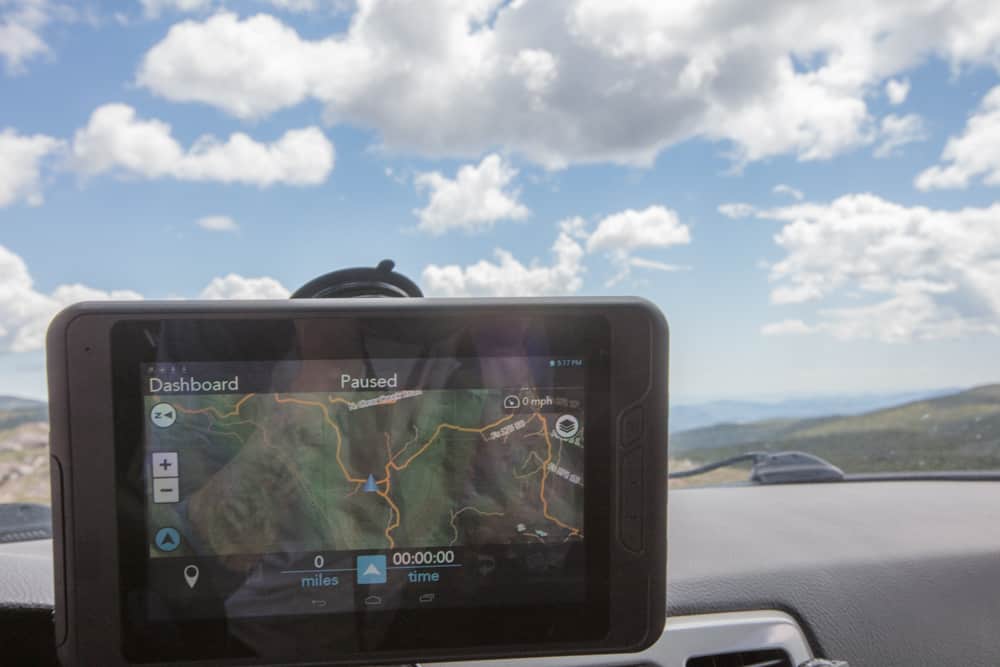 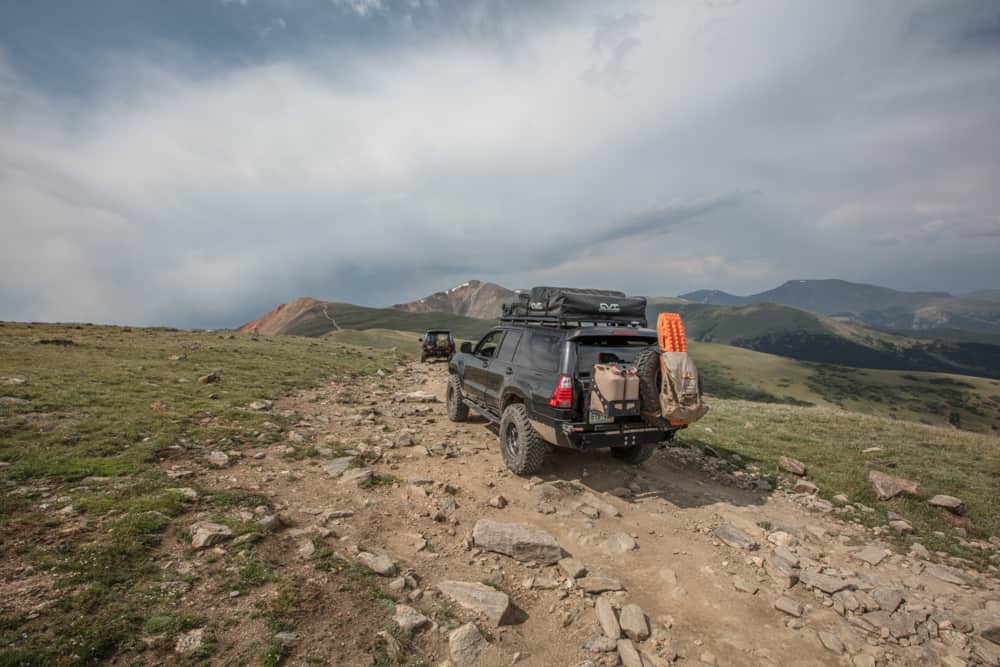 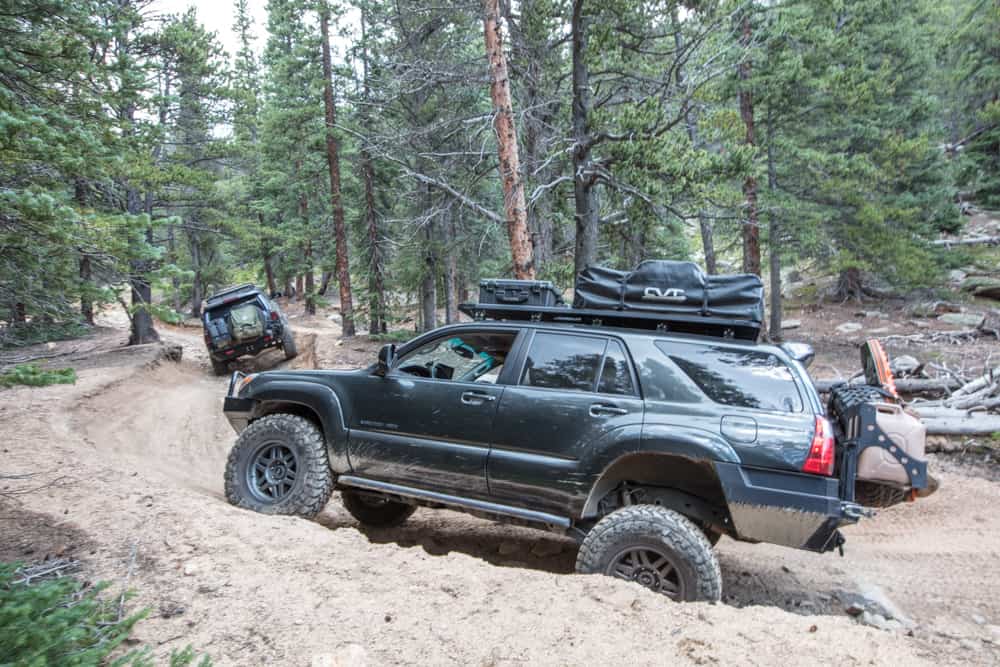 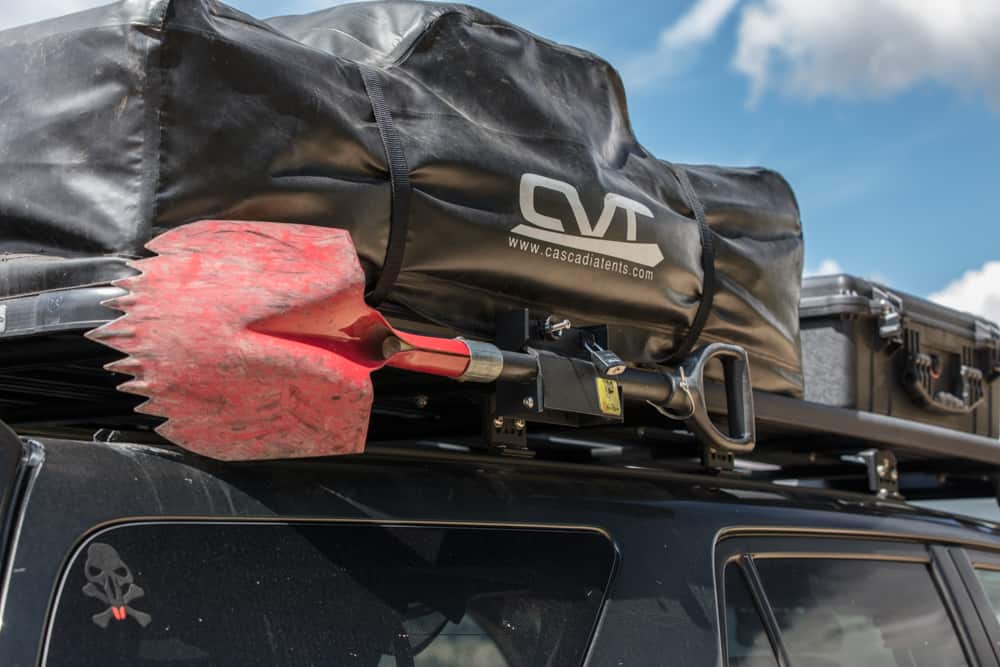 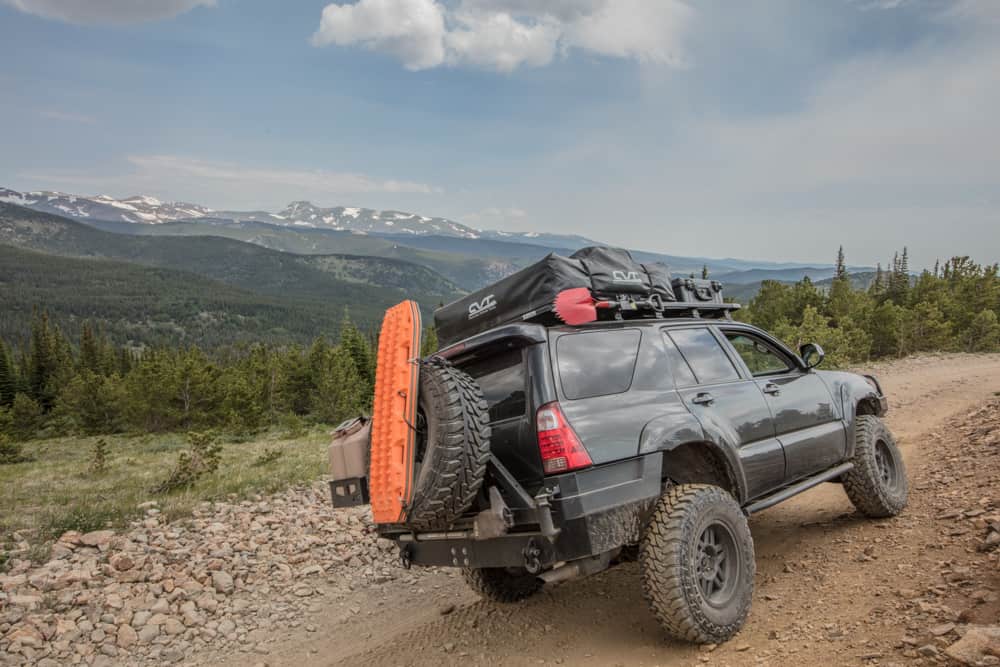 At the end of the day this 2008 4Runner may not be as new or packed with features as the 5th gens, but I’d say it’s every bit as cool, or even cooler. Dustin has done an amazing job turning his Toyota into a dream expedition vehicle, and it has certainly made my personal list of favorite overland SUV’s.

To follow this build, and see where he takes it next, check Dustin out on his Instagram page @jaws82. 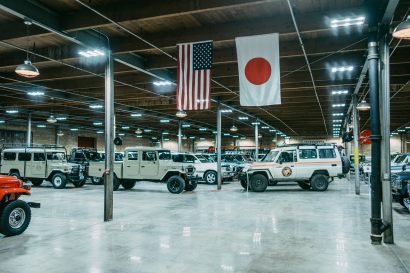 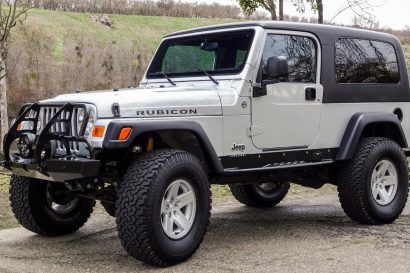