The last few years have been some of the more interesting in terms of automotive news relevant to the overland traveler. Concepts have been teased, production models axed from production, and the legendary Land Rover Defender was ceremoniously laid to rest just last week. Some say these are sad times with the average 4×4 succumbing to the urbanization of the world. Articulation and brawn are now less important than how easily a truck can be parallel parked, or how many screaming kids fit in the back. Before you despair, there are interesting developments on the horizon, some confirmed, many still fodder for the rumor mill. 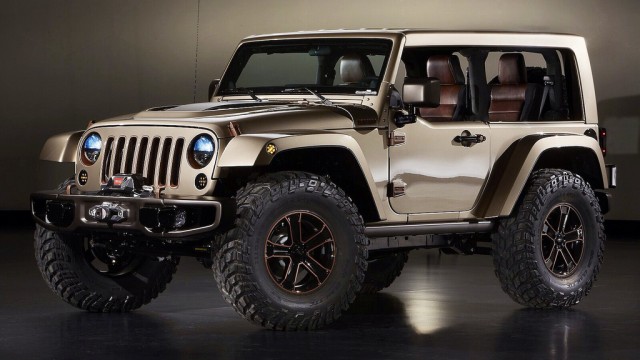 Wouldn’t it be great if the new JL looked like this? (Image credit: FCA)

The biggest news as of late centers around the forthcoming “JL” Wrangler. As its birth date nears, details are slowly emerging and it seems highly unlikely this truck will make it to production with many secrets left to keep. Before I proceed, I should disclose that I have no inside information to share. Despite my devious attempts to extract information out of Chrysler’s design team, even with copious drinks and cheeky repartee, they are a tight-lipped team of pros. Sifting through the innuendo and speculation, here is what we collectively know about the new Jeep.

Given the significance of the Wrangler to the brand’s DNA, the one thing confirmed to me in person by the likes of Mark Allen, Jeep’s head designer, is that the new Wrangler will not be much of a departure from the current model. This is to say, the Jeep thing people experience driving the new Wrangler will echo the thrill of driving any other model in the series, even the CJs of old. They can’t afford to foul a proven recipe. So, what does that mean?

The new JL will retain a body-on-frame construction. It will continue to roll on a chassis configuration that looks decidedly like the current format with minor alterations to the suspension geometry. Spy photos have suggested at least one trim level will include Dana axles. Dana recently invested in greater production capabilities, which seems to corroborate the notion that Jeep will be a primary customer in the years to come. It also appears that the previously rumored all-aluminum construction of the body may not be realized, but we should expect some components like the hood or doors to be made of the lightweight metal. Everyone knows that FCA needs to put the Wrangler on a diet, and strategic use of aluminum is the solution du jour. As an example, what Ford and Jaguar have done with aluminum is astounding.

Most Jeep enthusiasts are eager to get confirmation on the available power plants to come with the new JL. We have no reason to suspect there won’t be a diesel offered, but which one and how much of a premium it will add to the purchase price is still unconfirmed. A 4-cylinder diesel is likely, beyond that, the details are sparse. It also seems reasonable that a smaller displacement 6-cylinder petrol engine will find its way into the Wrangler as a means of improving fuel efficiency. Other than that, all we know is the new model will be slightly smaller, lighter, and have a non-folding windshield with a little rake for optimal aerodynamics.

We also know that when it arrives, all current Wrangler enthusiasts will hate it until about 2020, when they all miraculously decide it’s the best Jeep ever. Such is the way of the Wrangler. 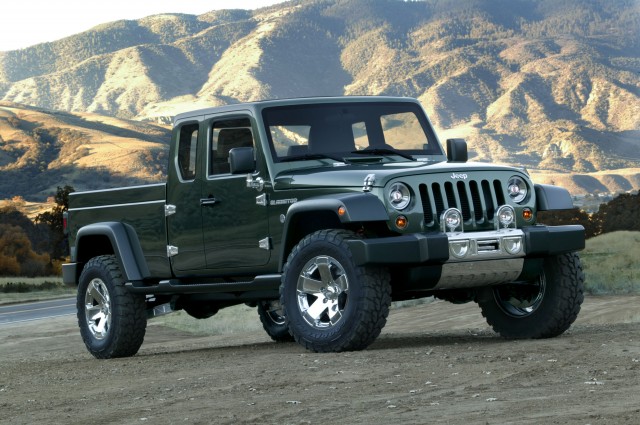 This isn’t so much rumor, but a bit of news confirmed directly by Fiat-Chrysler CEO, Sergio Marchionne, and Jeep’s top guy, Mike Manley. Both went on record as saying the new JL format will include a pickup variant. They mutually agreed that a pickup has always been part of the Jeep narrative and those trucks were always wildly popular. The design team has clearly had a fascination with pickups as evidenced with the Gladiator and J-12 concepts. Adding to that, we all know how lust-worthy an AEV Brute is. There’s no better proof of concept than that beautiful machine. I’m not a truck guy, but I get goosebumps thinking about a 2018 JL pickup with a slide in camper perched on its back.

As for the Safari pictured above, that truck has been the talk of the town. Everyone who sees it in person instantly says, “I’d buy that.” With its raised roofline, barn door, increased cargo space, and super exotic appearance, it is a thing of beauty. Since it was built on the current platform, a production Safari would certainly look different from this concept, but I think Jeep’s design team sees the potential. There have been hints at a JL model made available without the removable roof that has defined Jeep since day one. To make the Safari viable, Jeep will have to address the payload capacity, which as it is now, is a deal breaker for many would-be buyers. 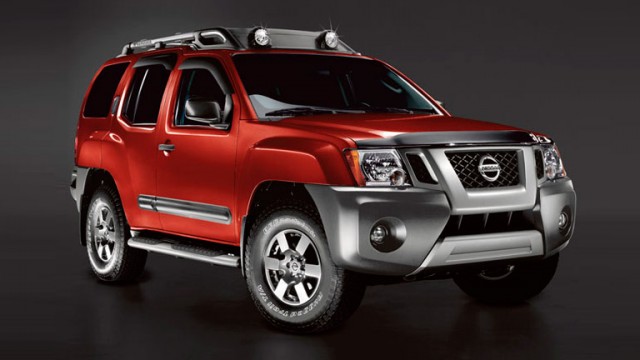 Ask not for whom the bell tolls, it tolls for thee. We all saw it coming, and this is not so much a rumor as it is well-known news. The once popular Xterra that sold in the tens of thousands ended its run as one of the worst selling SUVs on the market. As such, Nissan has pulled the plug on this award-winning truck with 2015 its swan song and curtain call. The penultimate model, sold as a 2016, is little more than left over inventory. Those trucks are still excellent vehicles offered at a reasonable value. The performance of the Xterra has made it a much-loved platform even if the fuel economy has not been ideal. Get ’em while their available. 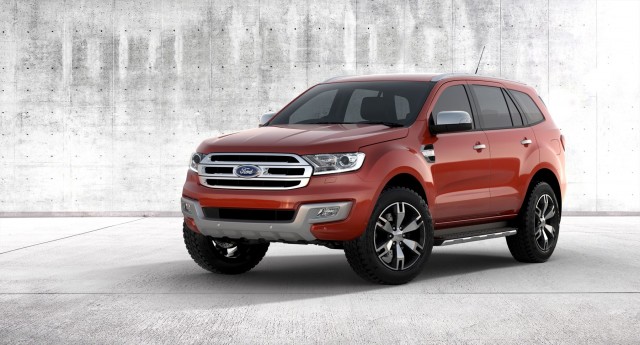 The scuttlebutt on the Ranger has been quiet since November, but it appears nothing has changed since then. In this case, no news is good news, as we could expect to see the mid-size truck begin production in Ford’s Wayne, Michigan factory as soon as this year. Ancillary talk indicates that Ford could also bring their Everest SUV here, a truck I think would appeal to the off-road enthusiast. Designed in Australia to offer more off-highway performance than currently afforded by the now-neutered Explorer, the Everest would be a sound competitor for the Jeep Grand Cherokee. It has similar dimensions, off-road aptitude, and the styling is almost a dead ringer for Jeep’s flagship SUV. 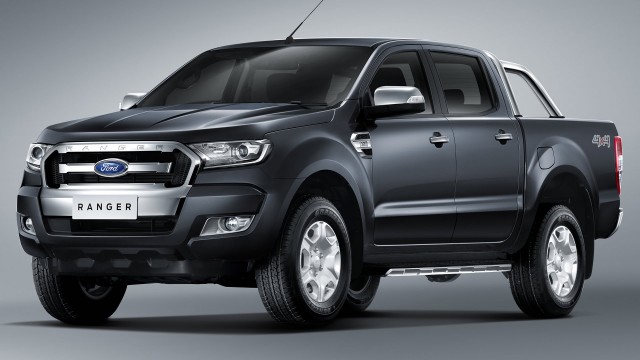 Although Ford has been coy in response to speculation about the Everest in America, some experts have made a few savvy suppositions. The Everest and Ranger share the same capable platform. The Wayne, Michigan plant can currently produce 285,000 vehicles annually. That far exceeds the number of Rangers Ford could ever dream of selling. Toyota’s Tacoma only achieves about 200,000 units a year. This suggests that the Everest could account for the other portion of Ford’s Michigan-made trucks.

I think these are two vehicles to watch, and it sounds highly likely both could arrive on American dealer lots with diesel engines. Yes, please. 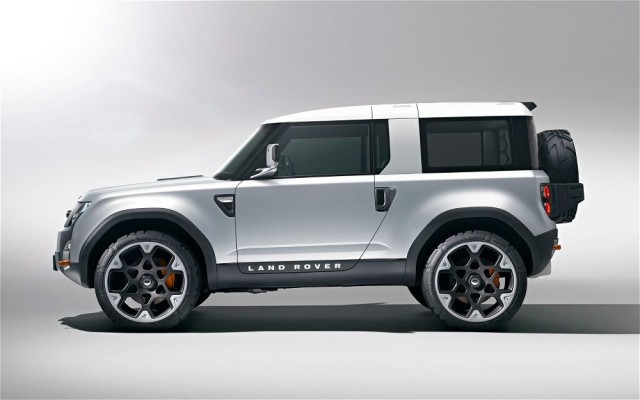 No, this is not the new Defender. Thankfully. (Image credit: Land Rover)

This brings me to the news from Solihull. On Friday, Land Rover celebrated one of the most auspicious days of the last 67 years and ended production of the Defender. Just typing the words casts a heavy pall. Sad as that day was, the promise of a new Defender has kept the internet swirling with speculation. During my recent trip to the Range Rover media launch in December, I had an opportunity to spend several hours with Land Rover’s leading design team. They told me everything about the new Defender––without divulging a single, substantive detail. It was maddening. 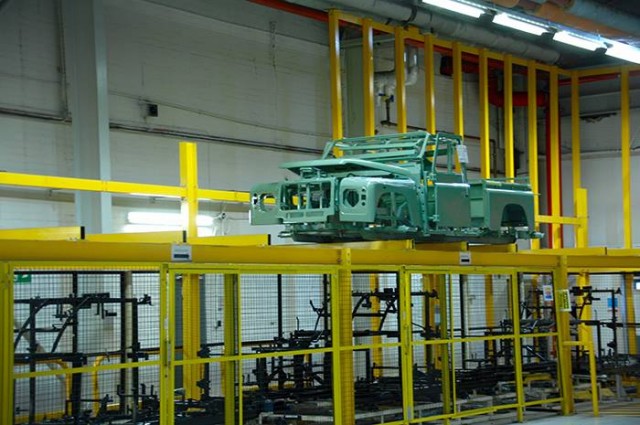 The last Defender headed for the end of the line.

The only thing I could extrapolate from their veiled descriptions of the new Defender is the overall approach to its design mission. Like the Wrangler, they are acutely aware they can’t afford to make the Defender anything other than what it has been for nearly 70 years. It has to be the most capable vehicle in the Land Rover lineup. It must be instantly identifiable as a Defender. Utility will still factor heavily in its ethos, and it will not disappoint those who want the Defender experience.

That said, Land Rover has made a killing servicing the luxury SUV market. Those drivers we derisively label as “mall crawlers” are buying Land Rovers as fast as they can. Does Land Rover care about the overlander? Maybe not as much as we think they should, but why would they when they can’t make enough $200,000 Range Rover’s to meet demand? So, the new Defender will not only appeal to the rugged overland enthusiast, it will be a wanted commodity for the driver with a pressed shirt, polished shoes, and an itch for something with more caché than the new Jeep JL.

After sitting through a presentation with one of Jaguar’s engineers and seeing first hand what Jag/Rover is doing with aluminum, I would bet the new Defender will be fully clad in al-u-minium, as they say in Old Blighty. Land Rover’s new diesels are also incredible pieces of engineering so I would expect diesel to supplant petrol as the most prolific power plant for the new line.

Aside from that, we know the new Defender will be available in five body styles. Our Overland International team has been told it will accommodate 35-inch tires. There will likely be locking differentials, a low range is confirmed, but we should also expect many of the electronic driving aids fitted to the entire Land Rover lineup. This may disgruntle the off-road purists, but no one can dismiss the effectiveness of those features. They work and allow those with undeveloped driving acumen to use Land Rovers of all iterations to their fullest potential. The last element as yet confirmed is the availability of the new Defender in the US, which is likely, and finally the purchase price. Most experts position the entry point in the $55,000 to $60,000 range, possibly higher.

These are interesting times. We will continue to keep our ear to the ground as new developments unfold. And one more thing, Ford is releasing a new Bronco. We have to keep some rumors alive, right?