My friend Shayne has a fire-truck-red Defender 130, which was once touted by Outside Magazine as the “greatest overland vehicle ever built by an Australian living in America but still obsessed with Australia.” He and I drive the same old British vehicles but are at different ends of the gizmo/gear spectrum. With one click on a remote fob, he can light up his truck like the Fourth of July, a tent will pop up, the fridge will snooze, a dramatic mist will envelop the vehicle, and “Waltzing Matilda” will blare patriotically. I use a head torch as a hanging lantern and grill my meat in complete darkness, the South African way. Maybe it’s an Aussie thing, this love for elecktrickery (their most famous rock band is called AC/DC, think about that for a moment). And now an Australian company has emerged as a leader in the outdoor adventure, overland electronic market. RedArc has just launched RedVision and the RedVision Kit with Manager30, a monitoring and control system that will have old Shayne drooling like a dingo in a kindergarten. 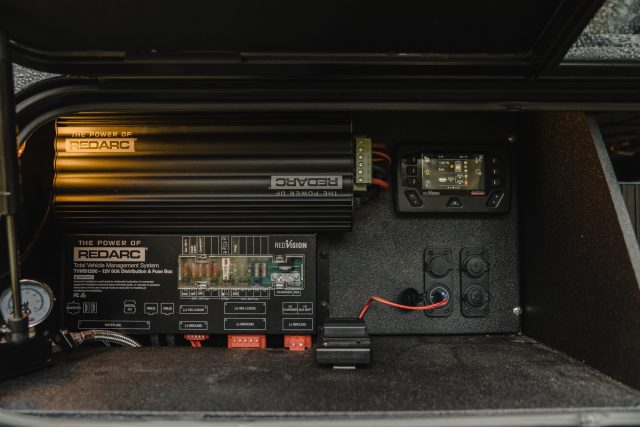 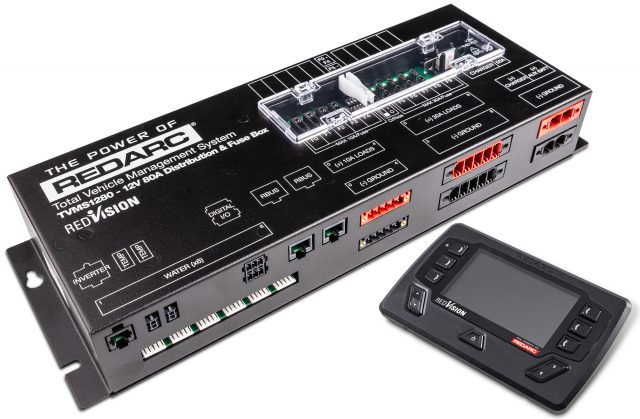 RedVision is an electrical system management display unit coupled with a very impressive 12-volt, 80-amp distribution/fuse box that gives users an unprecedented level of control and automation when traveling off-grid. The system is specifically designed for overland vehicles, 4x4s, and off-road trailers. The display unit features a mounted, user-friendly display and a Bluetooth app (Android or IOS), and allows you to communicate with the RedVision unit to monitor and control many functions from the comfort of the driver’s seat or camp chair. You can control the on/off function of fridges, lights, water pumps, compressors, and inverters (basically all your 12-volt accessories). You can also monitor up to six water levels (think clean and gray water levels, spare water tanks) and temperatures (fridge, in-vehicle, outdoor, etc.). The Bluetooth app gives you the freedom to install the RedVision unit in the camper section of your rig while using the smartphone in the driver’s cab to communicate information from the RedVision while on the move.

The RedVision combo also acts as a master switch. For example, lights and all other loads except the fridge can be turned off by just pressing one button or when the vehicle ignition is turned on—awesome.

But, to get the full potential of the RedVision unit, you need to pair it with the Redarc Manager30 battery management system (RedVision kit), which gives users access to secondary battery power consumption and storage data, as well as live information on the state of charge. This feature allows users to know exactly at what rate their home battery is discharging and when they need to start using solar, DC, or AC shore power to replenish it. The Manager30 operates like six separate products: it charges an auxiliary battery from the vehicle while on the move, it’s a 110-volt charger (also available in 240 volts for you intercontinental overlanders), a solar regulator, battery isolator, and load disconnect controller—all with a remote battery monitor for up to date battery information and charge status. 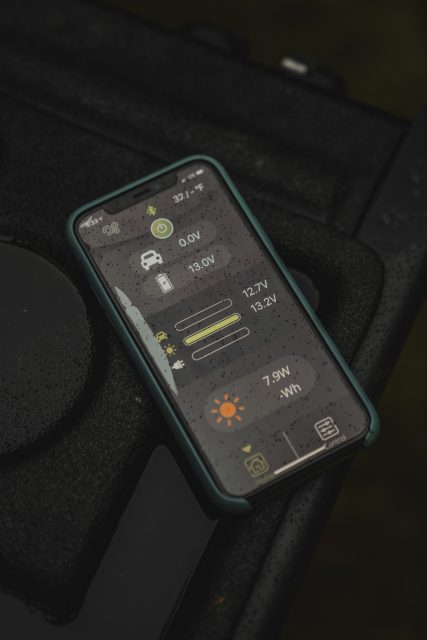 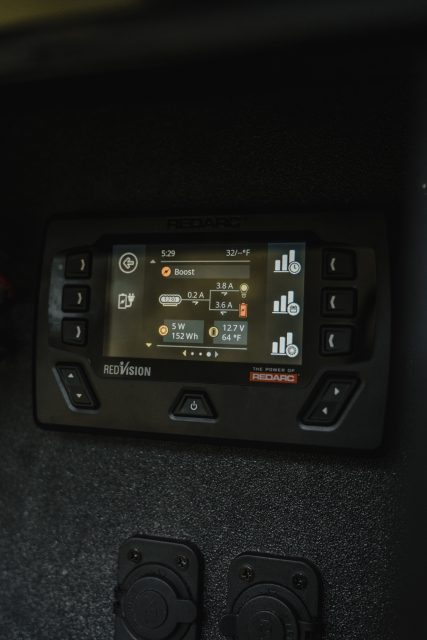 I have to crawl out of bed and lean over a snoring teenager to turn the lights off and hope there will be power left in the battery the next morning, while Shayne-o can now tap on the RedArc app to monitor his machine: lights off, smug mug, kookaburra white noise sleep audio on.

RedArc products are built to take on the most extreme terrain our planet has to offer, and you can rest assured that these units have passed the most strenuous off-road and overland tests.

RedVision simplifies installation thanks to its simple connections and controller area network (CAN) architecture, which requires less wiring, crimping, and fusing of components. With multiple systems combined into one screen, it is easy-to-use system integration. 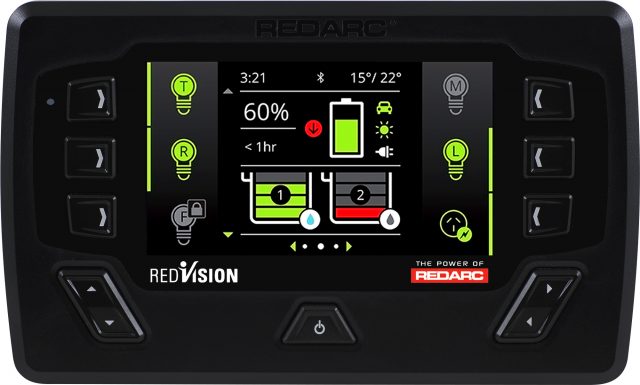