Loki’s transition from building modular showrooms and tradeshow displays to slide-in truck campers may seem a little odd, but it’s certainly not the first business shift motivated by the pandemic, especially in the recreational vehicle market, which is booming. With demand for campers and RVs still peaking, many consumers are eagerly waiting (sometimes over a year) to get their hands on whatever they can find. 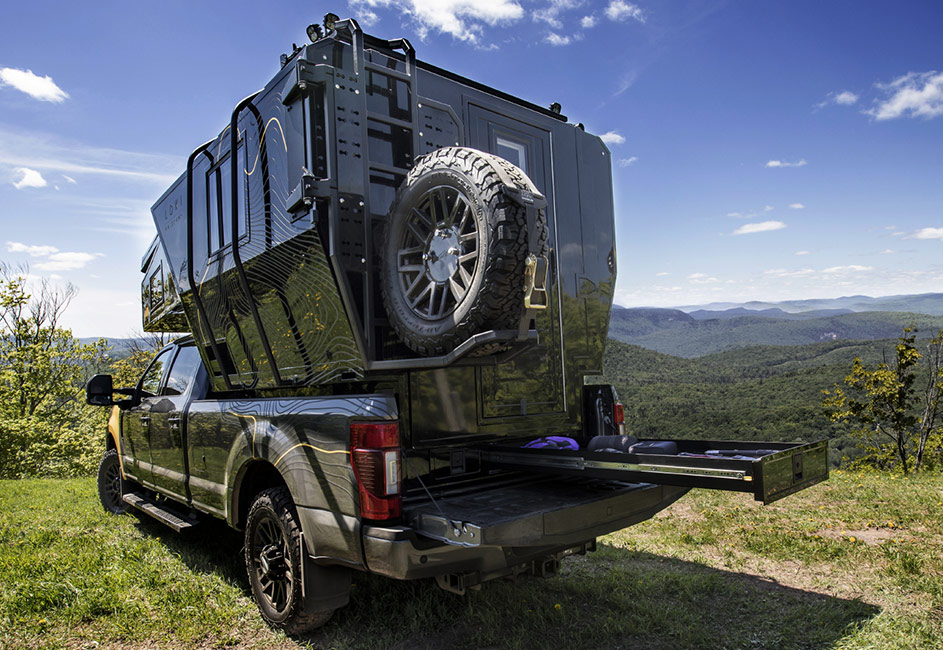 Lokis founder and CEO Pierre-Mathieu Roy decided that it was, in fact, the perfect time to put his background in design and fabrication to work. So he set out to build the truck camper he’d always dreamed of and share it with the world. 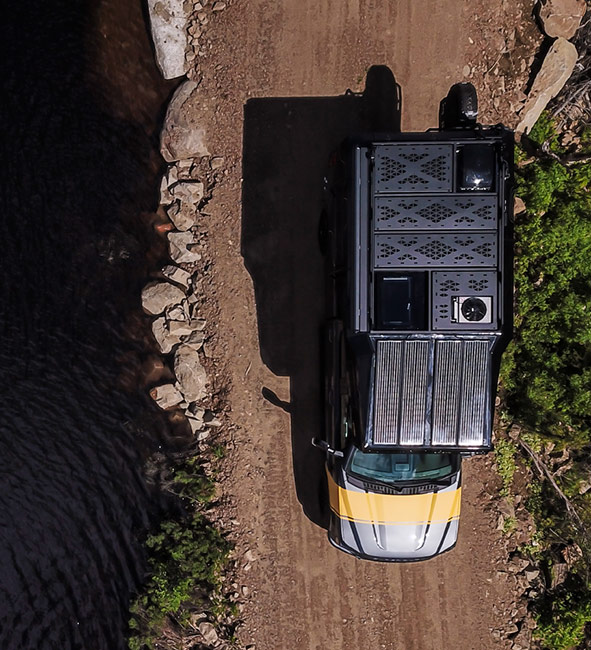 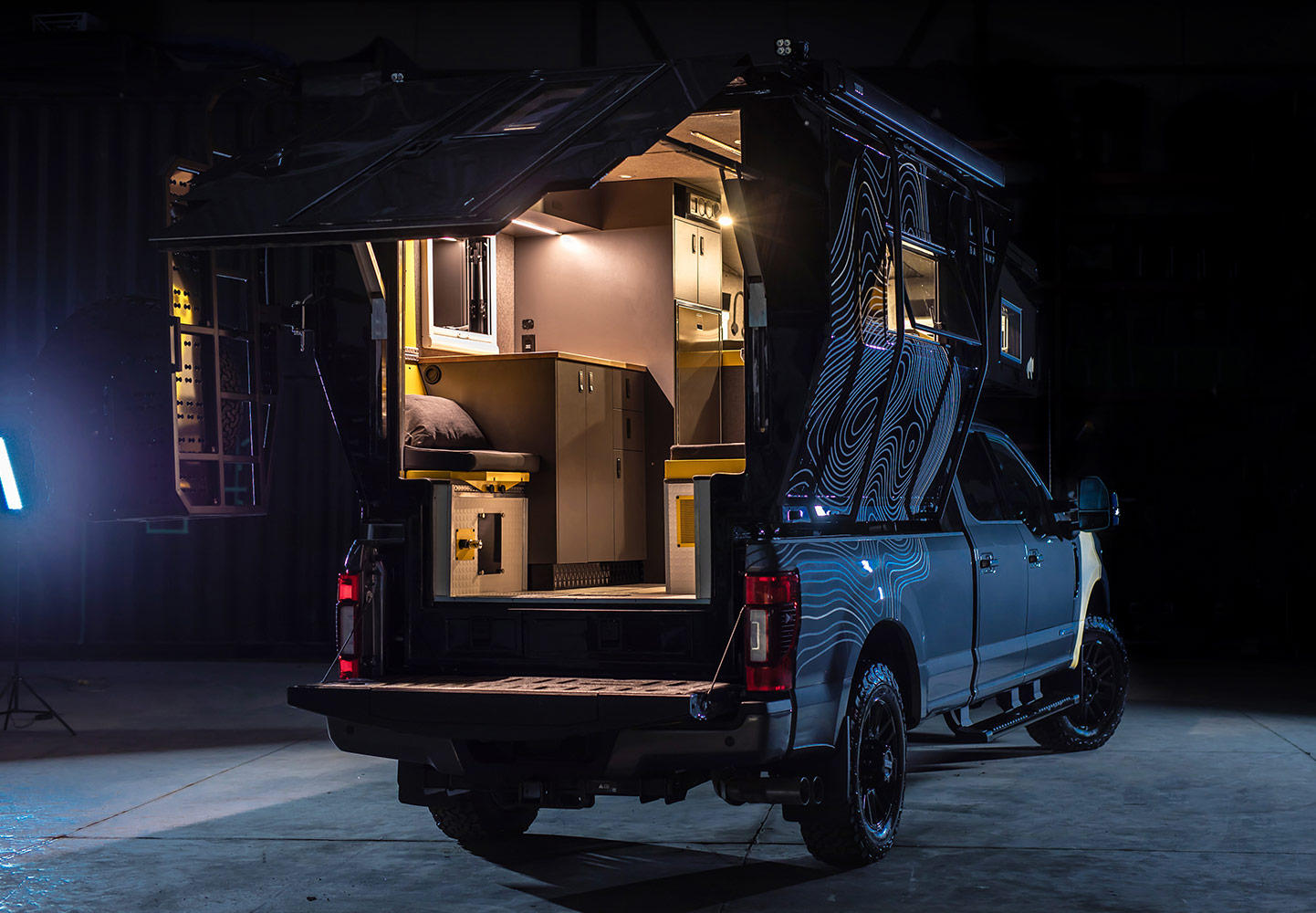 Falcon campers are made to order and individually customized to meet the needs of each unique owner, whether they be an extreme sports enthusiast, mobile content creator, or a vehicle-based adventurer. No matter the pursuit, the Falcon will function as a basecamp, in or out of the truck. Once removed from the pickup bed, owners can take full advantage of their vehicle’s off-road potential, with the comfort and environmental protection of a hard-sided camper waiting for them at the end of the day.

The interior of LOKI’s Falcon series of campers is comprised of four distinct areas: the mudroom, lounge, kitchenette, and bedroom. Within each area, multifunctional designs make smart use of the camper’s compact footprint. 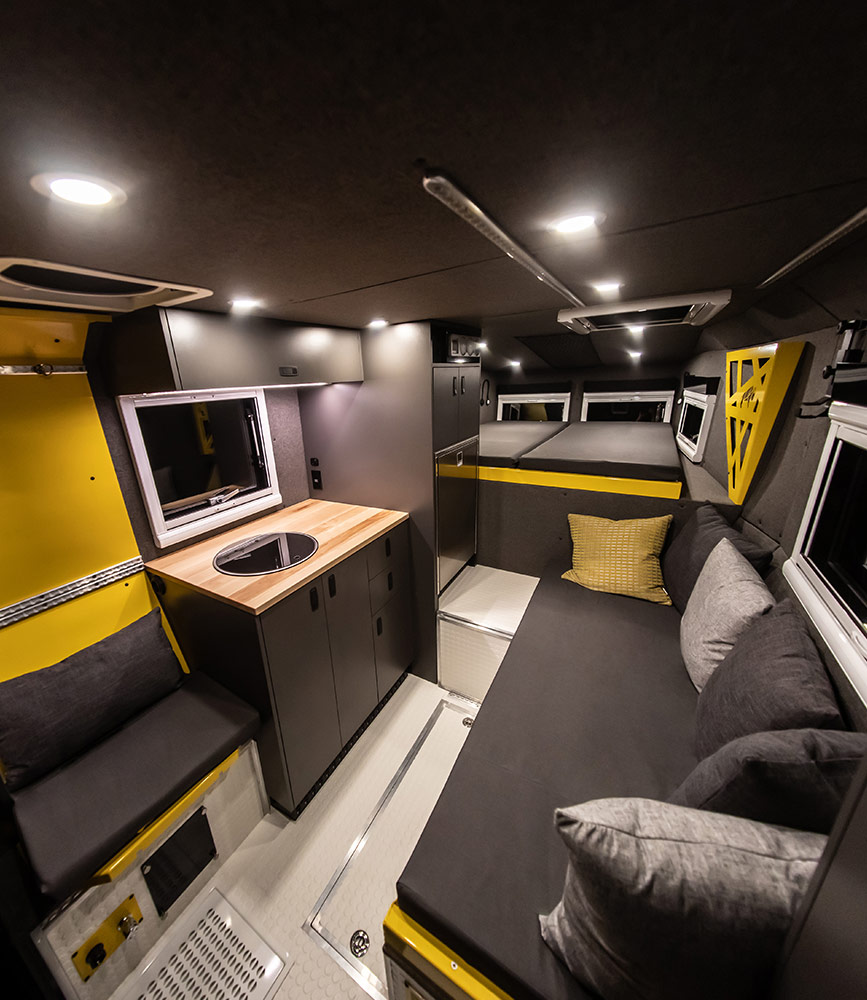 Mud Room -The entryway to the camper puts an emphasis on utility. It has a removable interior shower with a flexible quick-connect shower head, an L-track rail system for hanging and organizing gear, a convertible seat and table, an ARB air compressor, and a variety of electrical outlets. 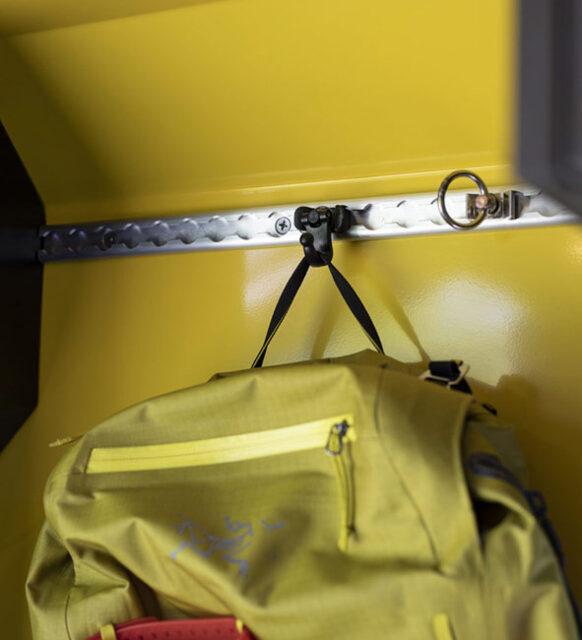 Lounge – With an emphasis on seating, this area includes a table, removable 68-inch aluminum platforms, anchor points for additional sleeping or storage platforms, and storage for a portable toilet.

Kitchenette – Prepare your meals in the kitchenette with a mobile induction cooktop, wash up in the stainless sink with folding tap and cover, store food and cooking equipment, or review photos and video on a multimedia monitor with a removable articulating arm. There is also a refrigerator, garbage and recycling containers, and various electrical outlets.

Bedroom – Built around removable aluminum bed rails and a queen-sized mattress, the bedroom features reading lamps, a multimedia monitor with a removable articulating arm, LED lighting, and a variety of electrical outlets. This area can also be converted to provide a smaller sleeping platform and additional gear storage. 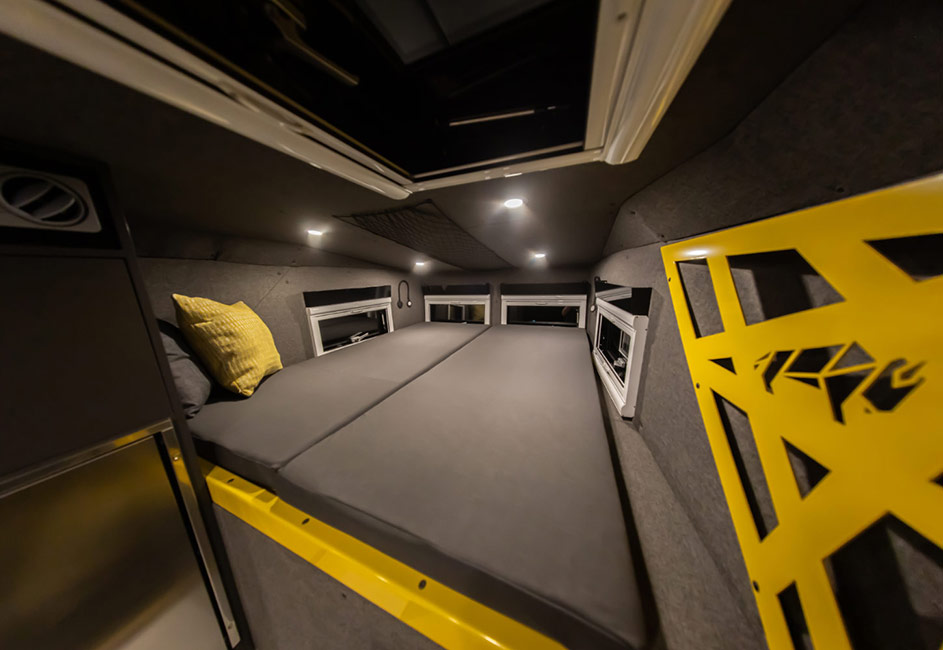 The Falcon may be compact, but that doesn’t mean that it neglects the necessities for comfort on the road. It has a selection of other systems and amenities including: 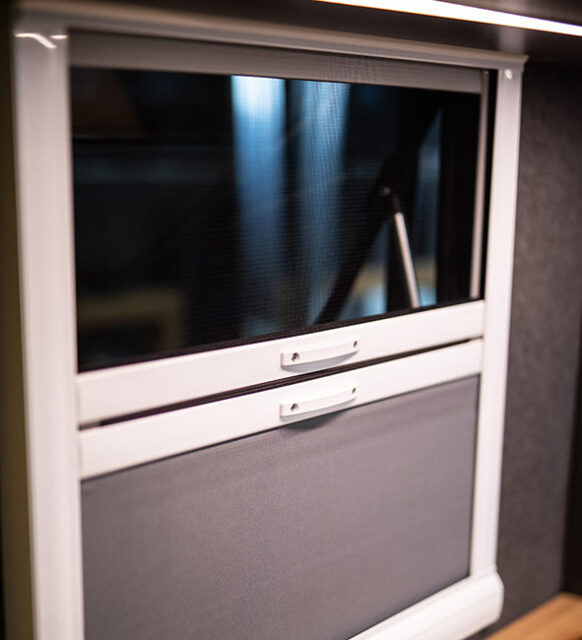 Finally, the Falcon’s solar electrical system can be optioned with up to 360 watts of roof-mounted Zamp solar panels and as much as 600 amp-hours of lithium house batteries. AC power is provided by a 2,000-watt inverter. It is not described on any of their product pages, but it appears that Loki also utilizes electrical system components from RedArc. 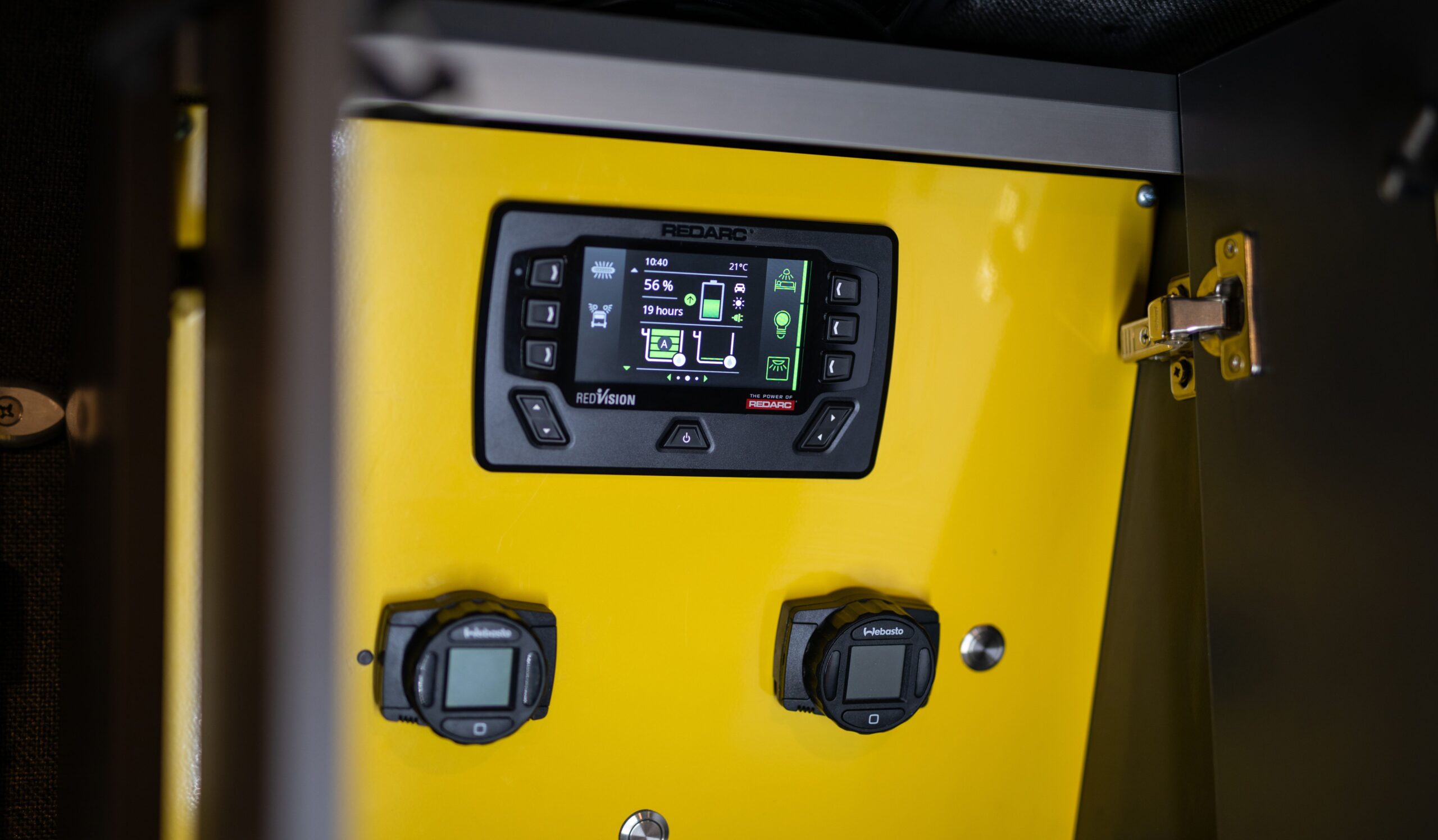 While the Falcon series currently has my attention, I’m excited to learn more about Loki’s EV series of campers that are specifically designed to fit the Ford F-150 Lightning, Tesla Cybertruck, and Rivian. Those campers will start at $95,000 and can be pre-ordered right now with a $10k deposit.

Learn more about the Falcon series of campers on Loki’s website.