A cool breeze drifted off the Pacific Ocean, carrying with it the typical morning fog that Tijuana, Mexico, is known for. Somewhere in the border town mayhem, a few dozen cars, four-wheel drives, and motorcycles lined up near the bullfighting arena.

The year was 1967, and a guy named Ed Pearlman and his crew from the National Off- Road Racing Association (NORRA) had come up with the idea for a non-stop race down the Baja peninsula. Several time records had been set for the charge from the U.S. border at Tijuana to La Paz, but none involved multiple vehicles and side-by-side and handlebar-to-taillight competition, let alone a checkered flag at the end. By today’s standards, the vehicles were crude and low-tech, and the only way to confirm the actual time was with a telegraph wired to the U.S. via Morse code. At the starting line was a young ambitious kid named Rod Hall. He had a handful of races under his belt, even a few trophies, but this new challenge in the wilds of Baja would be the ultimate adventure thus far. 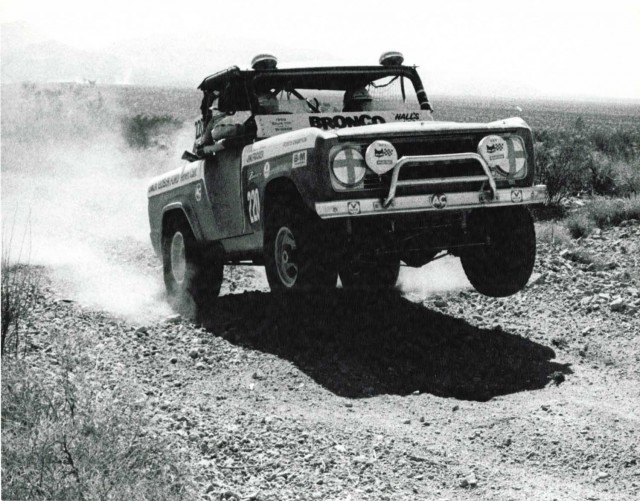 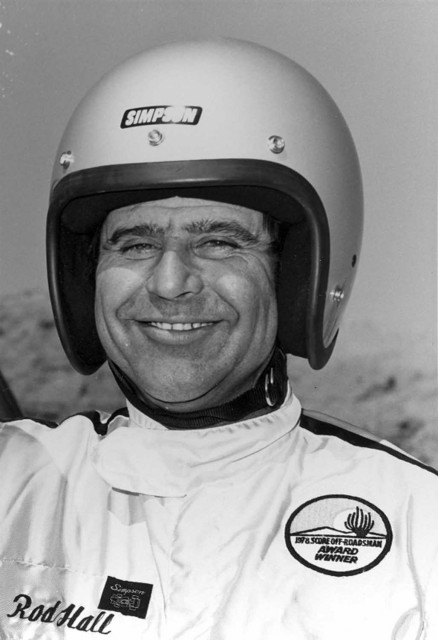 Back in the day there were few detailed maps of the peninsula and even fewer fuel stations. GPS technology would not come about for several decades, and Hall and teammate Larry Minor would need to navigate the 1,000-plus-mile route with a compass and dead reckoning. His wife packed a few sandwiches in a cooler before they loaded a bag of tools and extra fuel cans on the back of their Jeep and headed south. Someone at the starting line said, “Rod, if you get lost just head south by southeast. You will get to La Paz…south by southeast.” They didn’t win that race, but did finish, which was a formidable accomplishment.

Two years later, in 1969, Hall was again in Baja with teammate Larry Minor; this time behind the wheel of a Ford Bronco built by Bill Stroppe. To the surprise of the motorcycle riders and buggy jockeys, Hall and Minor would roll into La Paz—beat up and nursing the Bronco on fumes—ahead of all contenders. Hall went on to race every NORRA Mexican 1000 and SCORE Baja 1000 since (46 total so far), and ultimately became the winningest off-road racer in America.

The Bronco changed hands several times before ending up in a junkyard in the Southern California desert, where it sat until drifting sands nearly buried it. It was eventually salvaged, given a paint job, and donated to the Off-Road Motorsports Hall of Fame (ORMHOF) museum in Reno, Nevada.

A few months ago the old stallion was pulled from the museum and carted over to Samco Fabrication for a full restoration. On April 26, 2015, Hall will again be south of the border and behind the wheel of his championship Bronco for the 1,200-mile NORRA Mexican 1000. 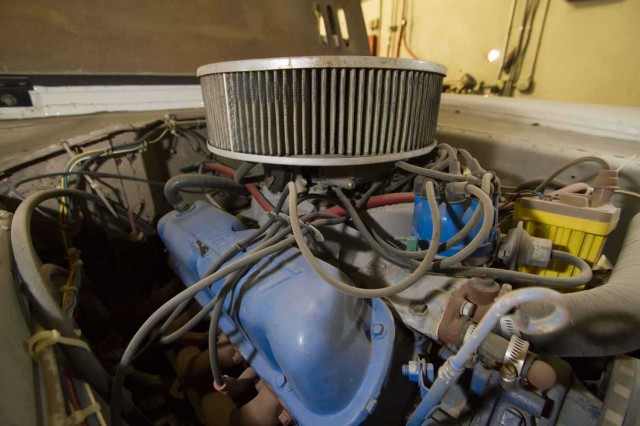 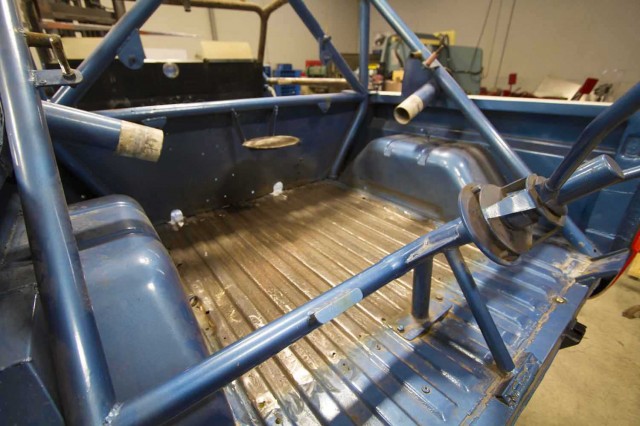 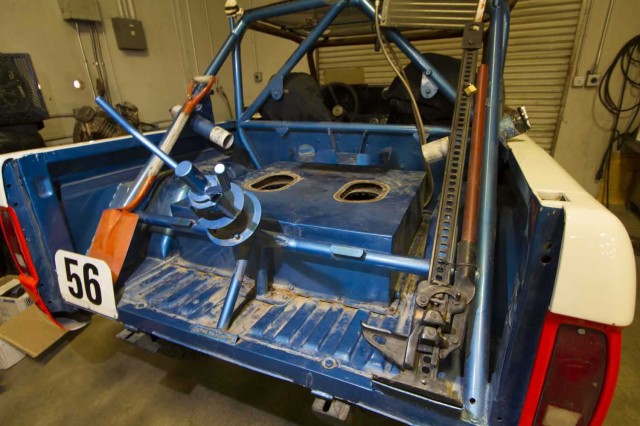 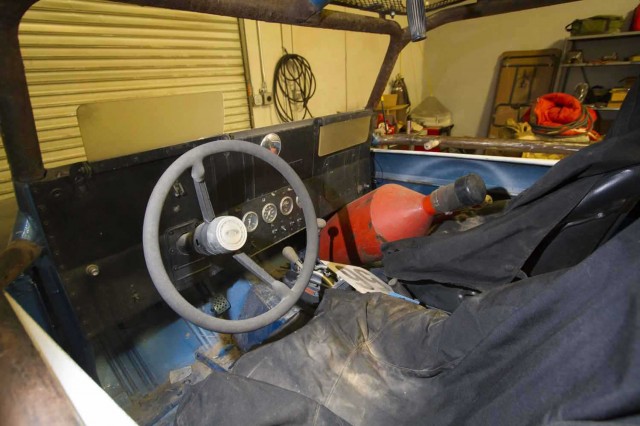 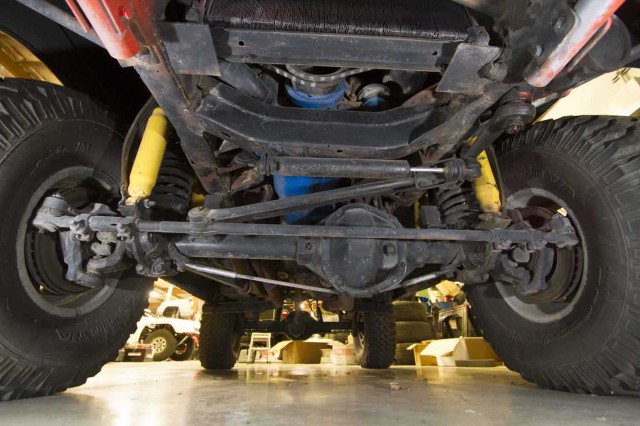 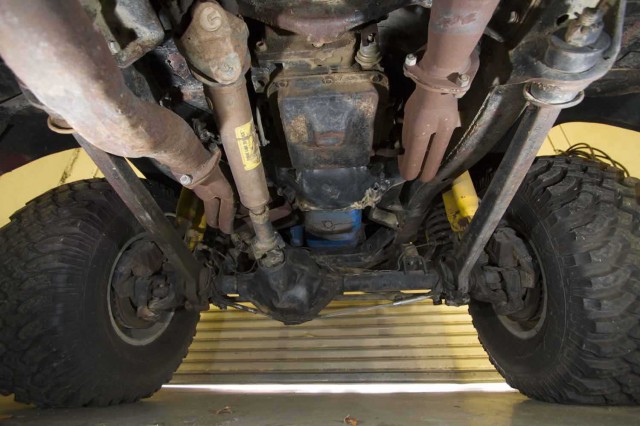 The strip-down revealed more than they were expecting. The floorboards were rusting, the drivetrain was ready for a metal recycler, and the roll cage had deteriorated to the point that it was better suited as a coat rack.

Fortunately, Rod is loved throughout the world, the Hall of Fame has a loyal following, and support for the project has been overwhelming. Ford Performance stepped up with a 347ci crate motor, Currie Enterprises supplied axles, and Summit Racing Equipment and Tifco have provided a pallet of parts, accessories, and fittings. Samco sourced a set of retro slot mags (Ansen Sprints) from American Racing, which will roll on BFGoodrich KM2 tires. Other support has come from KC HiLiTES, Wild Horses 4×4, Fox Racing, and Mastercraft Safety. 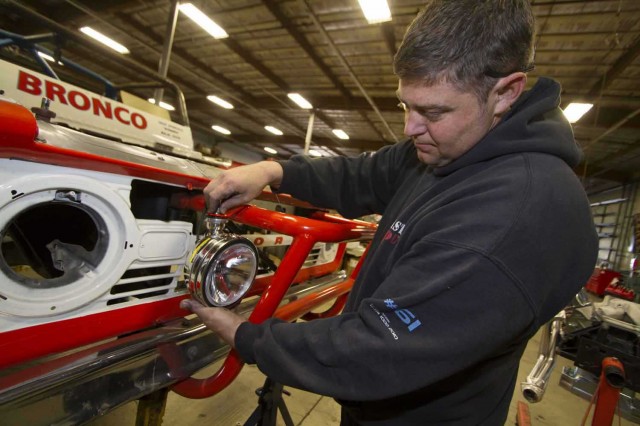 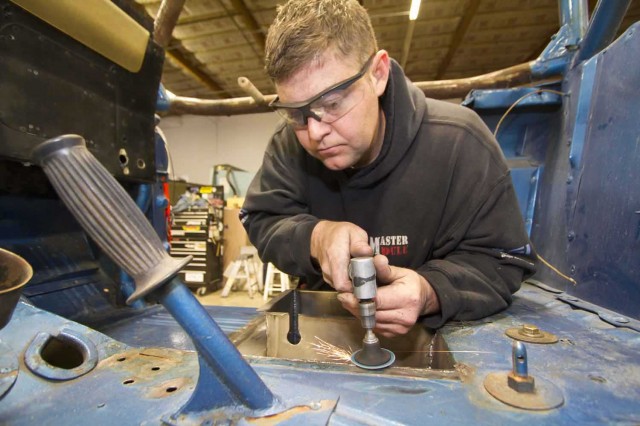 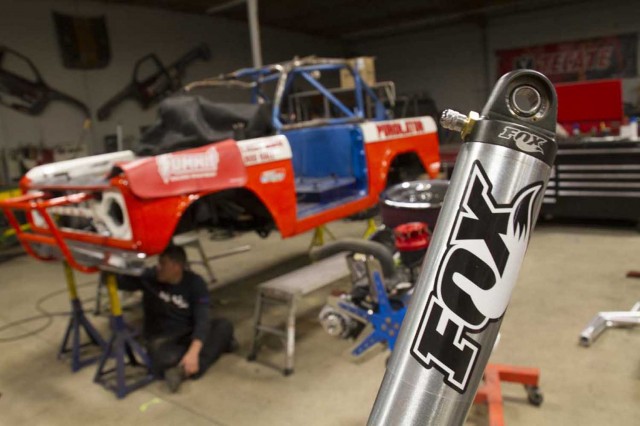 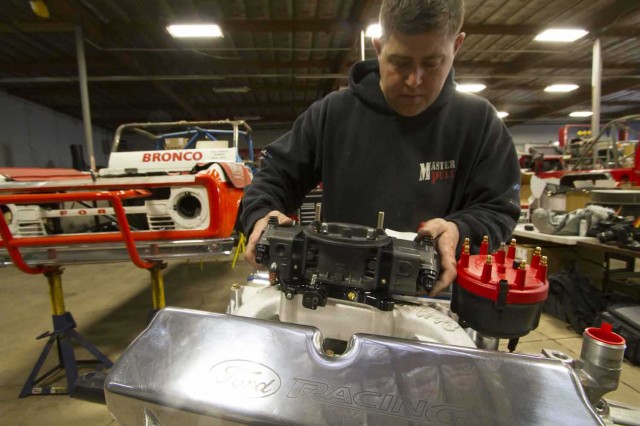 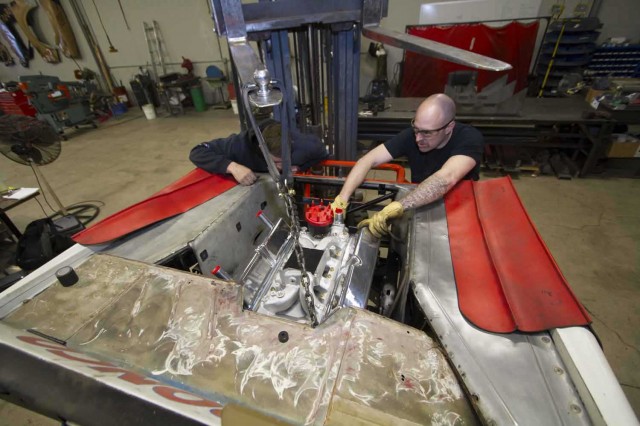 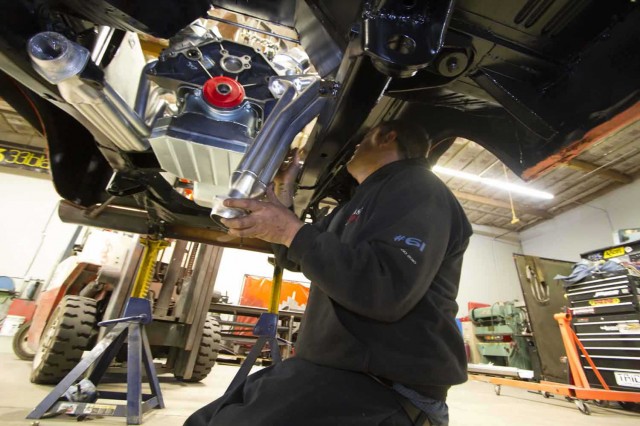 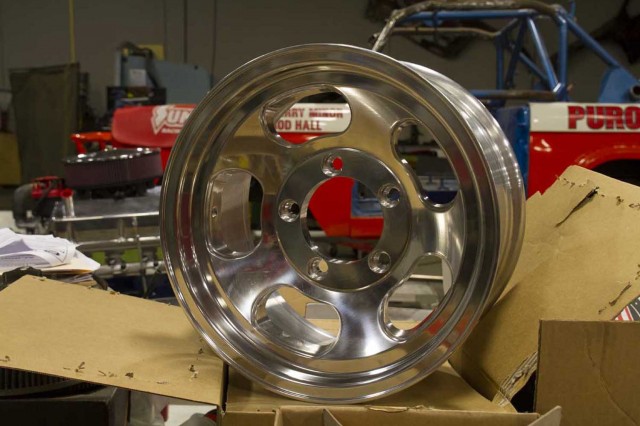 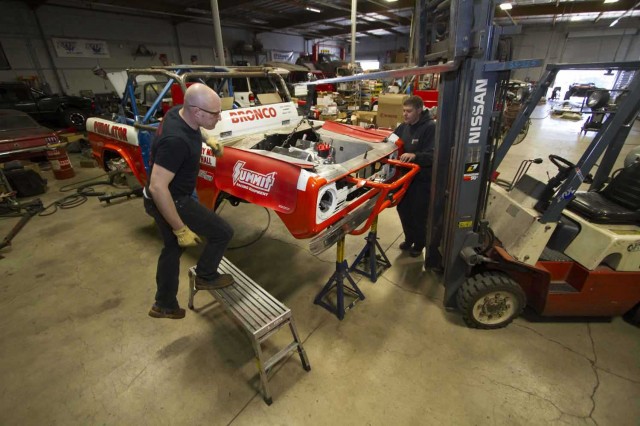 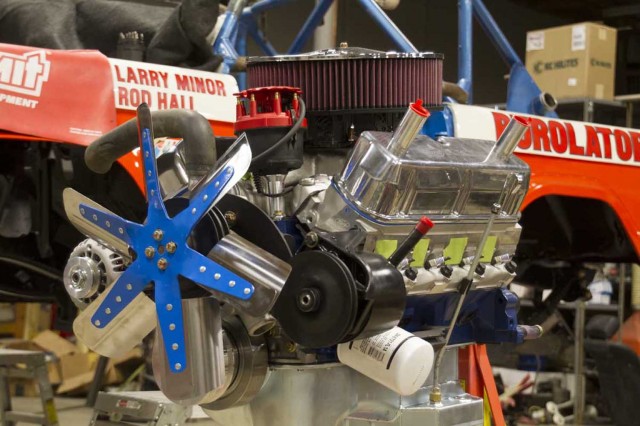 Assuming navigational duties for Hall will be Dakar Rally class champion Sue Mead and Overland Journal’s Editor-in-Chief Chris Collard. There is even a rumor that Damien Michelin might be suiting up and running with Rod. Sticking with the “all Ford” concept, the chase vehicles will be none other than a pair of Ford Raptors. For more information, or to support ORMHOF’s efforts (they are selling race T-shirts, koozies, and swag) go to www.ormhof.com, follow them on Facebook, or get Twitter updates (#rodhallracing). We’ll be bringing you more when the restoration is complete and the team will be testing the old Bronco in the deserts of Northern Nevada. Hall said, “I’m 78 years old and I might not have to many races left in me. The guys are doing a great job on the restoratoin and it’s going to be fun to drive my old Bronco in Baja again.” 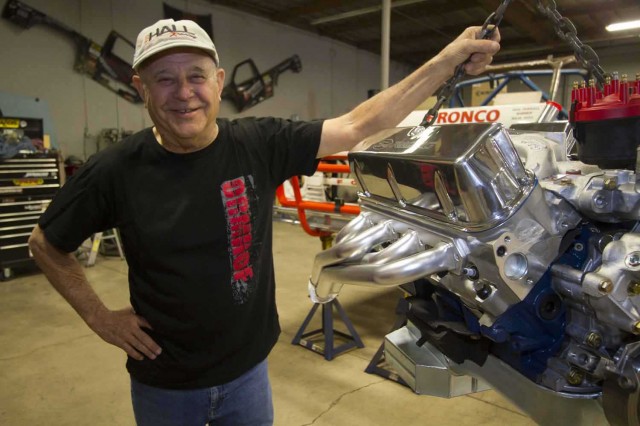 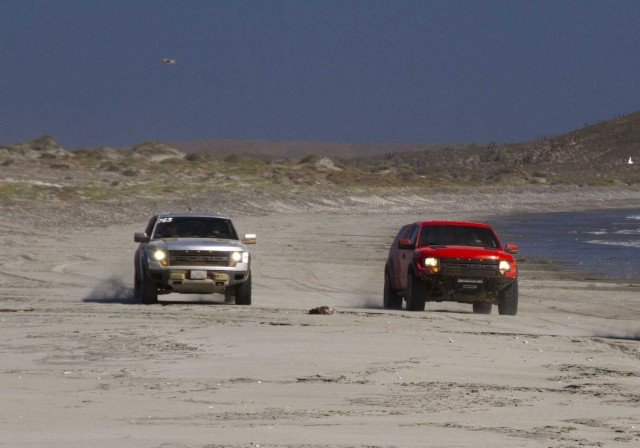