I will be the first to admit that the introduction of a Land Rover Discovery with an independent suspension system sounded like the death knell to a brand I have come to love. Over the past few decades, each new model seemed to become increasingly complex and less utilitarian, with solid axles giving way to A-arms, and the classic 100-inch wheelbase growing by nearly a king’s foot. For years, I stewed and avoided any new Land Rover, both personally and editorially. However, the last four years of driving LR3s, LR4s, and MKIII Range Rovers have made me a convert. Certainly, the LR4 is more expensive and more complex than my 1995 model, but it is also better in nearly every way. For this final installment of the long-term publisher’s project, we wrap up a few loose ends, install a storage system, and share our final thoughts on the vehicle.

With this project, Overland Journal was literally breaking new ground with traction tools for the LR3, LR4, and Range Rover Sport (RRS). ARB Australia contacted me in late 2013 to let me know they would be producing front and rear Air Lockers for these new vehicles and wanted to send us the first set. After contemplating for a few, er, milliseconds, I said yes. Shortly after, a set of shiny prototypes showed up at our office. The next decision was who should manage the installation, as no one had performed this type of work in the Northern Hemisphere before. A call to Land Rover Las Vegas proved fruitful, and they were willing to take the time to learn from ARB and do it correctly. 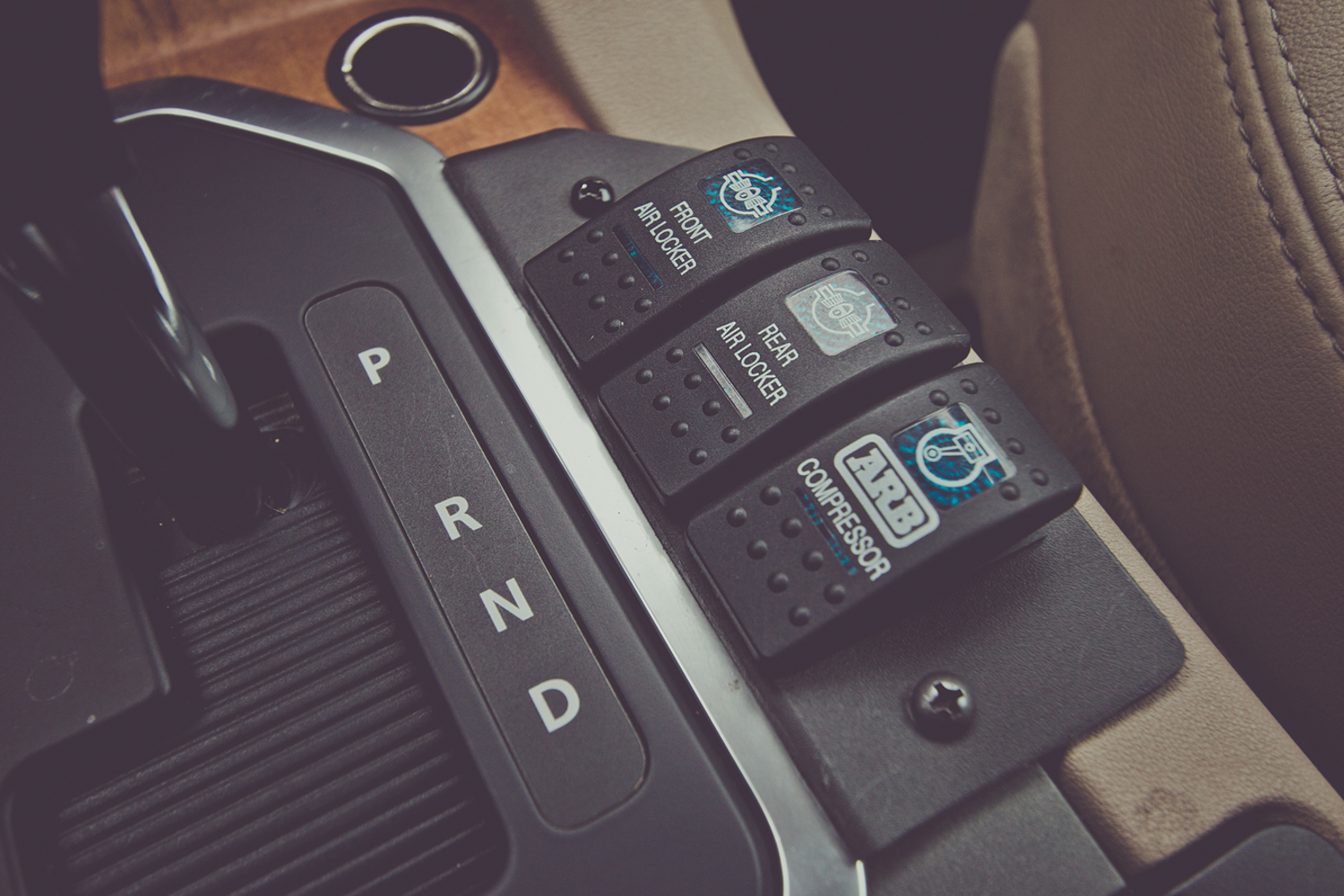 Unfortunately, the locker project was only half successful. The front locker installs without issue in all years of LR3, LR4, and RRS, but the rear works only on models up to mid-2010. For later years (and our 2012 model), there is a difference in bearing size, which has required ARB to conduct additional R&D before releasing a rear unit for post-2010 versions. Despite this, even the front locker made a significant improvement in performance on the trail, particularly in level, rocky terrain, on ledges, and through cross-axle obstacles. A front locker is less effective than a rear on climbs, as much of the weight has shifted rearward, reducing vertical load force on the front tires. The good news is that all HD models are delivered from the factory with a rear locker, so the front ARB is a perfect complement.

One of the final projects was to create an efficient interior storage system. Through the years we have found that drawer systems provide considerable improvements to convenience and organization over boxes and soft bags, allowing quick access to equipment while in the field. We also like configurations that facilitate sleeping inside the vehicle when needed, much like the Expeditions 7 Land Cruisers. There are no tents more weatherproof and quiet than the back of an SUV; you also have the additional benefit of improved security and the option of turning on the engine for heating on a cold morning. For this, we turned to AT Overland (AT) to design a composite, modular system that would achieve these goals. Being modular, it can be configured as just a rear unit, or with small boxes over the second-row side seats. The latter configuration provides a flat surface over 7 feet long, and with the high roof of the LR4, this vehicle is a dream to sleep in. To the top of the drawers, AT installed full-length tie down rails. This allows for the lashing of additional boxes and soft luggage, which will protect occupants by preventing anything from flying about the interior. 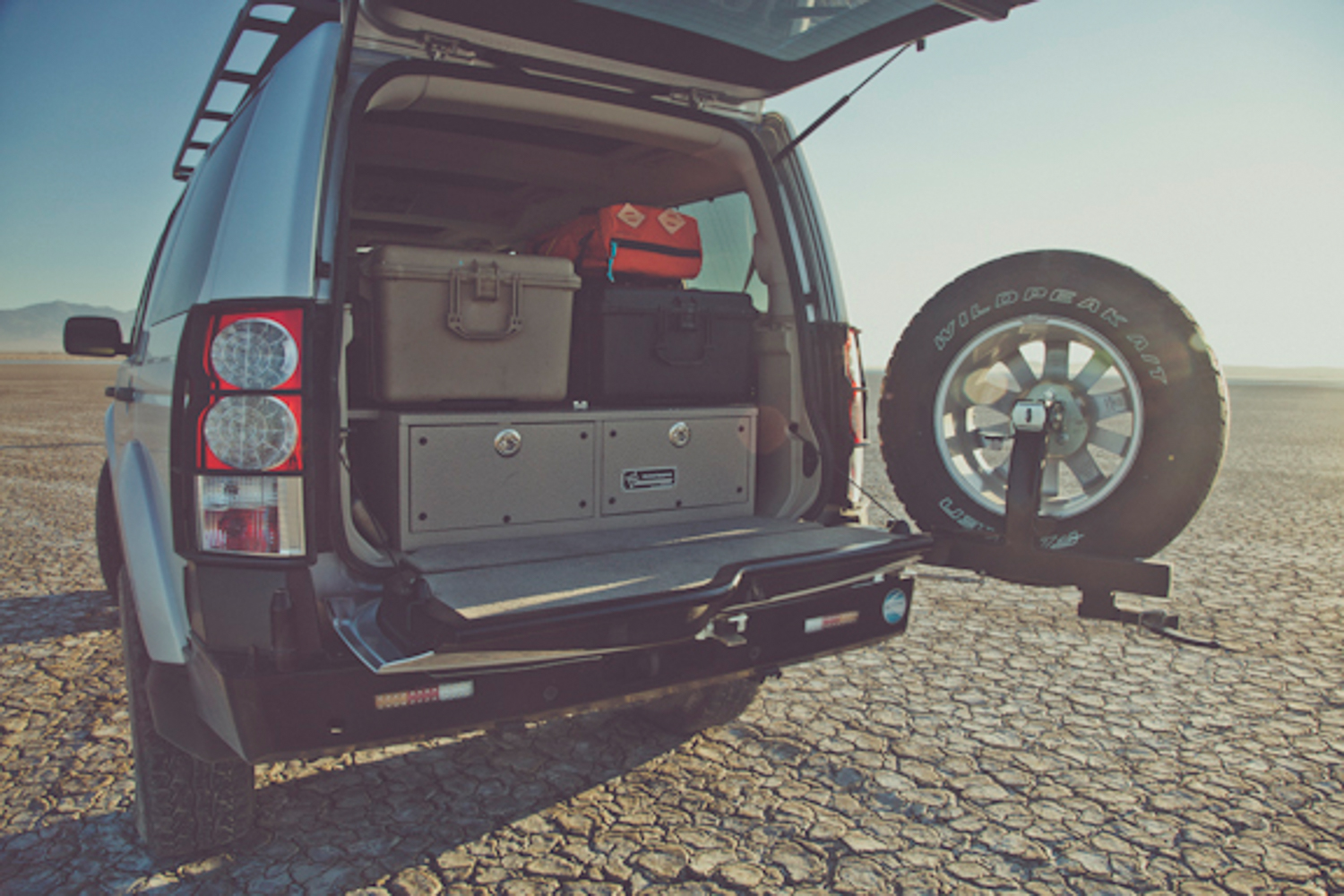 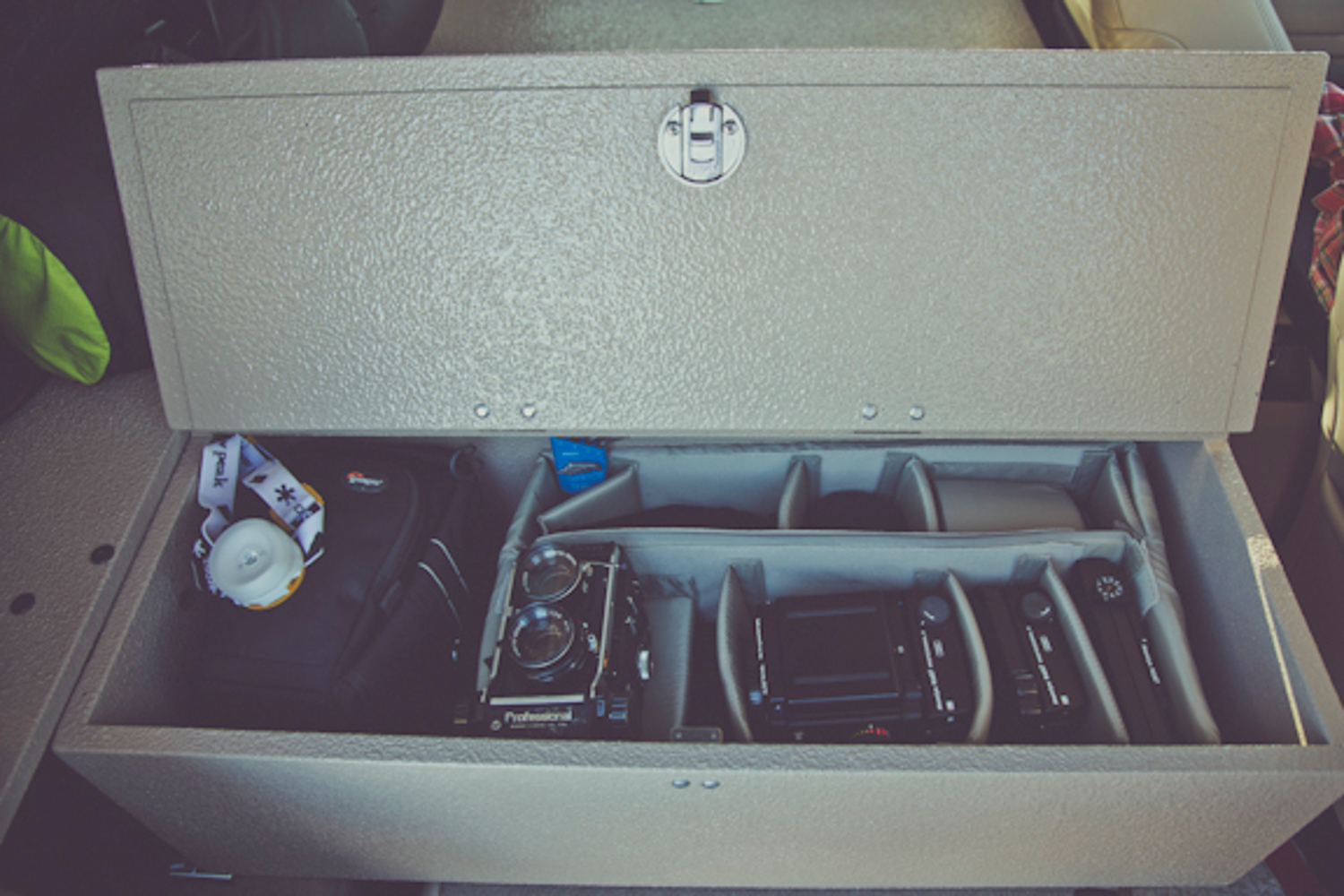 Between the second row seats, we installed a Weekender 50L Twin fridge from National Luna. The Weekender has a small freezer, adjustable low-voltage cutoff, and quality stainless steel shell. Though costly, this high-performance unit is built for the rigors of African bush travel and has served us well. With the fridge and side boxes installed, the drawer system makes for a queen size bed. For sleeping comfort, we selected the Nemo Equipment Tango Duo Slim 30 down comforter and Cosmo sleeping pads. 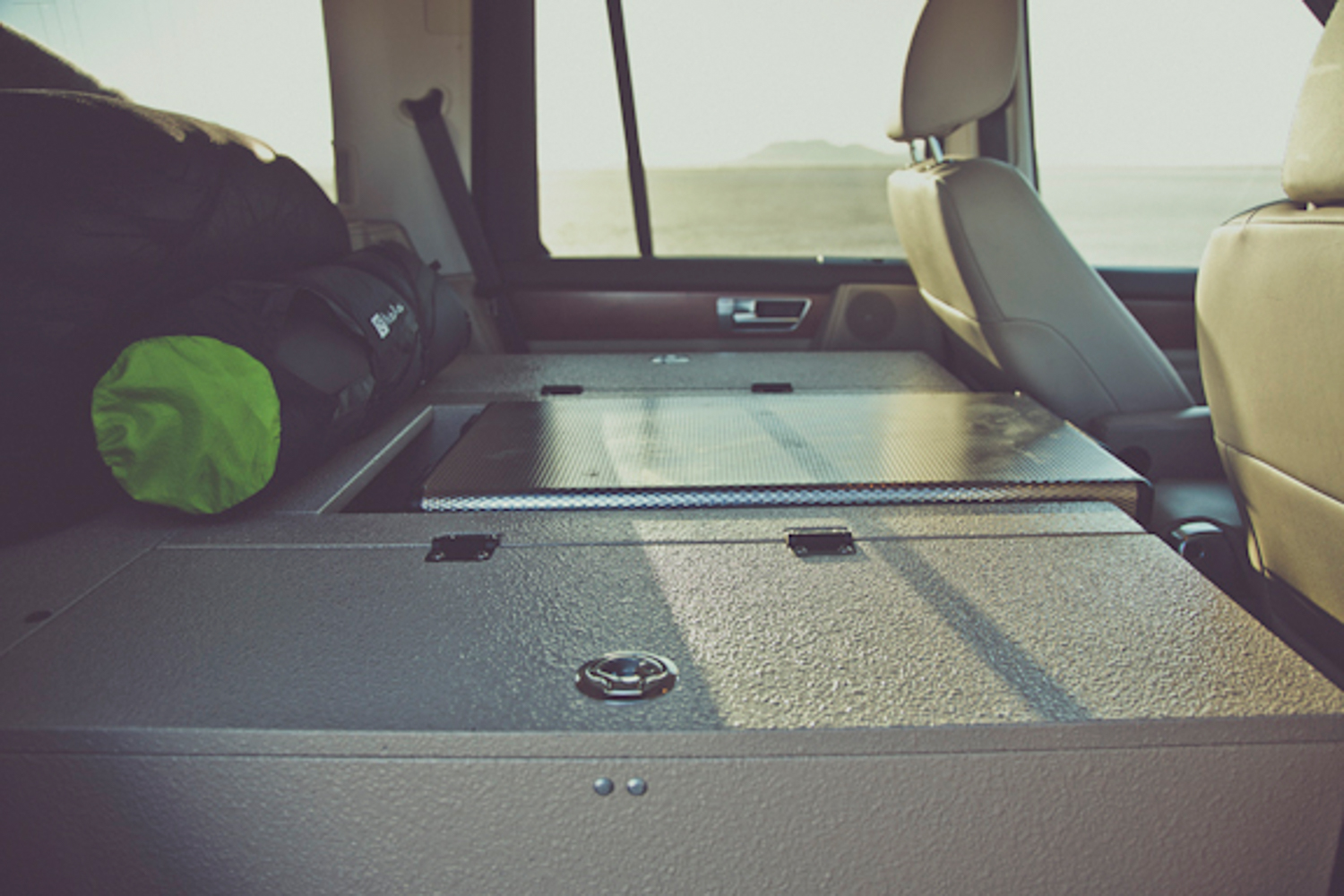 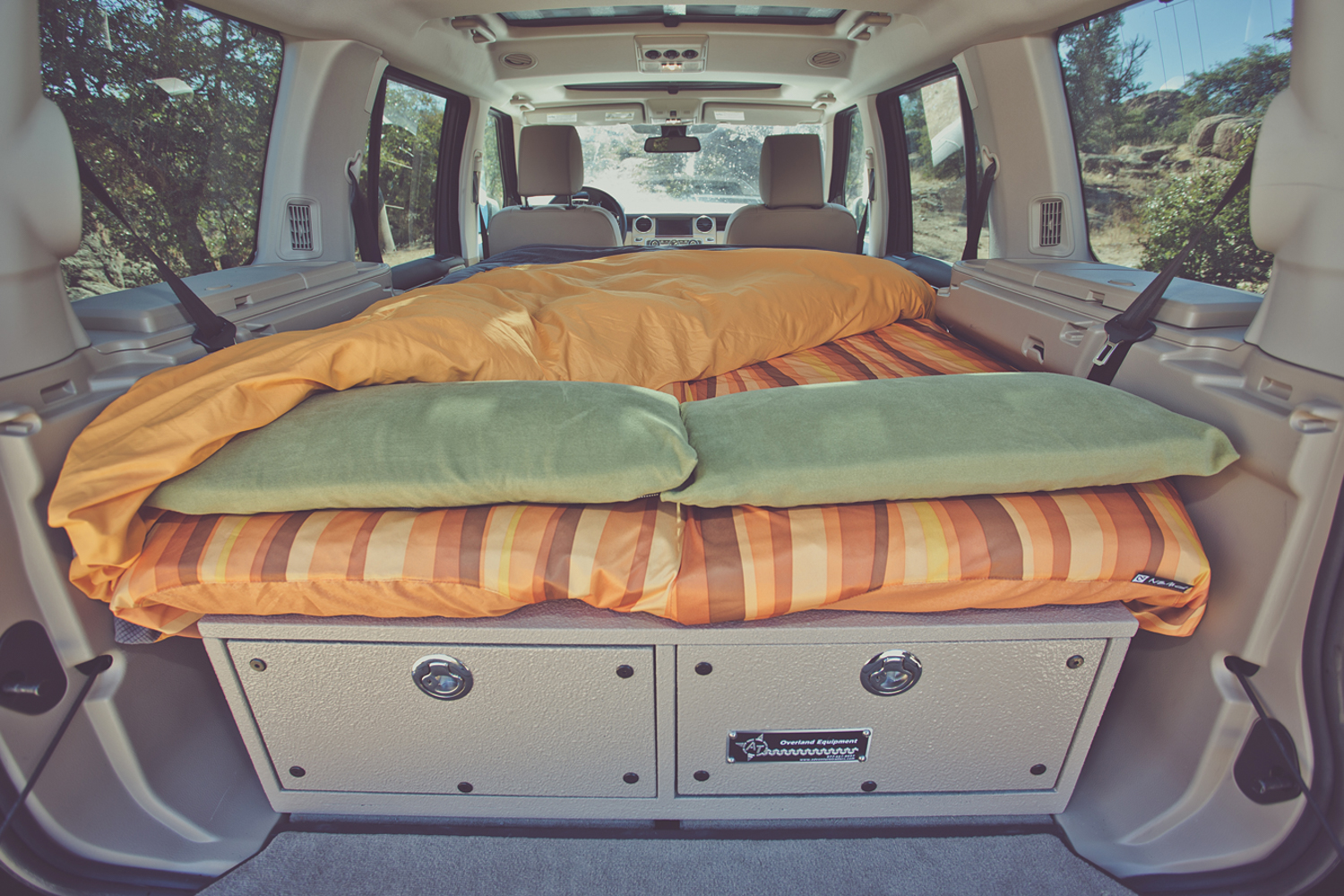 On top of the LR4, we installed Eezi- Awn’s K9 aluminum roof rack. The K9 is a low profile and lightweight option, ideal for carrying equipment, attaching an awning, or installing a rooftop tent. We chose to keep the roof rack empty, but it works perfectly as a photography or sleeping platform. The rack also provides reserve capacity, should a load of firewood or additional equipment storage be needed. Overall, I like the classic lines of this rack and prefer the low profile and lighter weight over most other options.

I’m happy to say that Land Rover’s reliability demons (including the infamous Lucas) have finally been slain. During two years and 25,000 miles of constant use, our long-term LR4 has worked flawlessly. To clarify, we have not experienced a single failure in the field, and the vehicle has not required even the smallest of warranty claims. This is not to say that a few trail bumps haven’t occurred, but none were the fault of the car. We had two instances where the suspension air compressor heated up enough to shut down (thermal sensor); both times the problem was easily remedied by letting the unit cool down. To be fair, we have experienced this issue—which is triggered when the suspension is lifted and lowered frequently on the trail—with other brands as well.
We did experience a few damaged parts: a broken compressor mount and a half-dozen fender flare retainers, but this was entirely the fault of Top Gear USA’s “professional” driver, who showed the operating acumen of a 14-year-old. While both items were easily repaired, it is shocking how well the vehicle endured everything that was tossed at it. 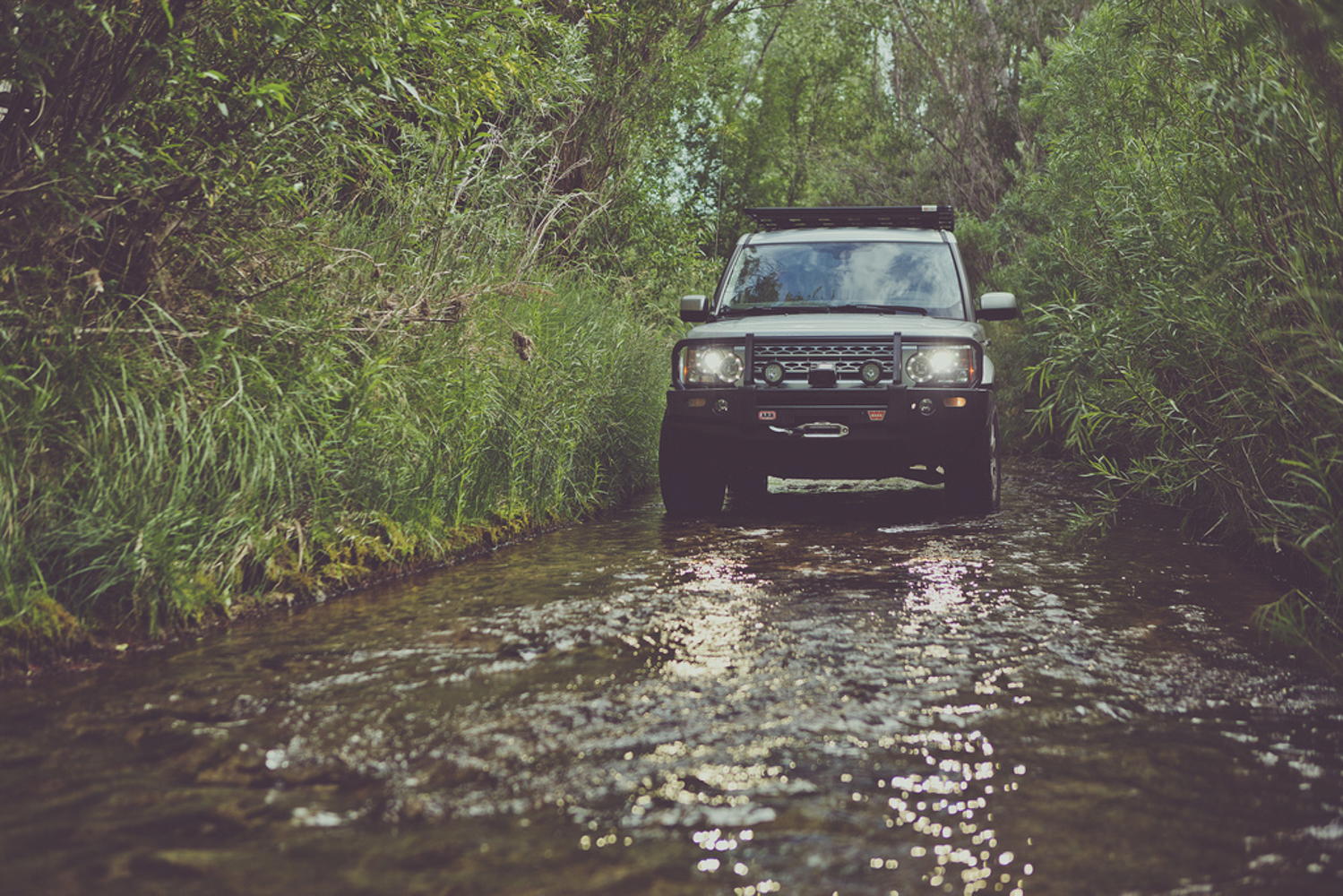 Overall, we drove the LR4 on 30-plus 4WD adventures, including Las Vegas to Reno and several trips to Moab and the remote deserts of Utah. We pushed the Land Rover to the top of its performance level on Moab’s Golden Spike Trail, and it never ceased to impress. I can, with absolute conviction, say that Land Rover is now making the most reliable vehicles in the history of the brand.

Without question, the LR4 is the full evolution of the Discovery model. With nearly 400 horsepower on tap, the Land Rover moves with authority, yet provides the best fuel economy in the history of North American Specification (NAS) offerings. Although it has lost some of the classic Discovery charm, it remains a handsome vehicle. The range of aftermarket offerings, which includes suspension, diagnostic, bumper, rack, and even Air Locker options, also impressed us. This is encouraging news for those looking to buy a new Land Rover and use it for adventure travel. While I started out somewhat indifferent to the LR4, I have grown to respect and trust this vehicle, and would not hesitate for a moment in driving it around the world. We hope this trend of reliability, performance, and quality continues with the next model Discovery, and we will be ready to explore its limits yet again. 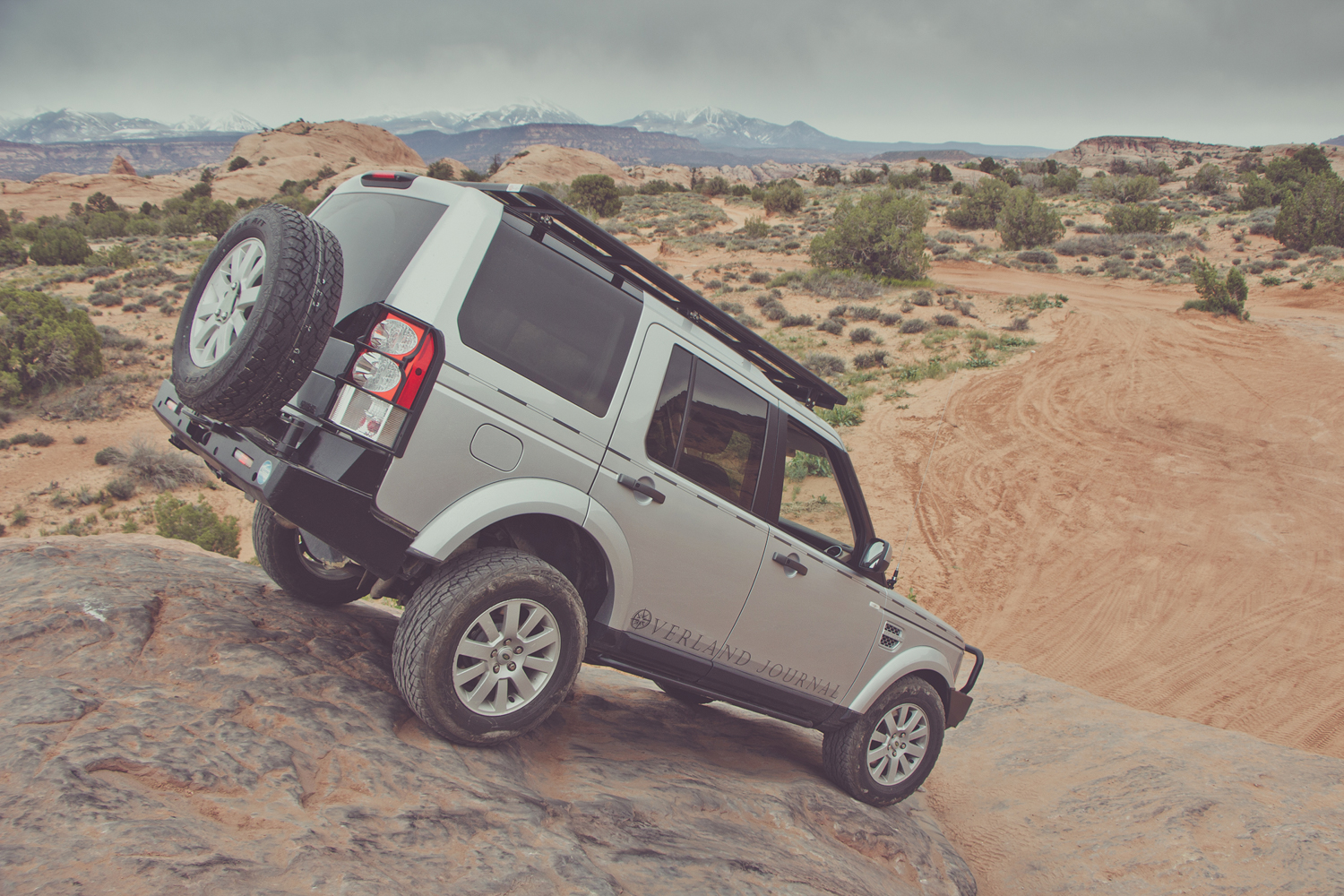