Land Rover confirmed that a whole new Defender is planned for 2015, but said there was decision yet on whether or not the new Defender will come to North America.

Land Rover is calling the concept the DC100. Gerry McGovern, Director of Design at Land Rover said, “Replacing the iconic Defender is one of the biggest challenges in the automotive design world; it is a car that inspires people worldwide. This isn’t a production-ready concept but the beginning of a four-year journey to design a relevant Defender for the 21st century.”

John Edwards, the Global Brand Director at Land Rover added, “Loved the world over for its simple, honest and distinctive design, we are determined that the new Defender will be true to its heritage, while meeting the requirements of a changing global market.

“We plan to engage with existing and potential customers to help us finalize the details of the new vehicle. One thing’s for sure, it’s going to be an exciting journey, and we can’t wait to get going,” added Edwards.

Important to note, Land Rover says the DC100 concept “builds upon the essential elements of the car’s character and allows Land Rover to open the debate and inspire people to dream about the Defenders of the future”. Given the online debate among Defender enthusiasts, in the first few minutes since the above pictures were released, Land Rover will have no shortage of feedback to help guide their efforts.

What do we think here at the Expedition Portal? As usual, we believe the most important bit will be what lies underneath, and we are hoping that the Frankfurt unveiling will include details such as suspension and engine packages, towing and cargo capabilities, and some concepts showing the new Defender in Utility, Military, and Expedition trim. While we recognize that this is still a concept, the fact that the concept images show a vehicle on what appear to be 265/45R22 tires is disconcerting, but hopefully there will be an option to put at least an 18 inch rim on the final vehicle. The fact that the concept has built-in front recovery points and a front winch-bumper are nice to see. Hopefully the utilitarian touches will continue throughout the vehicle. 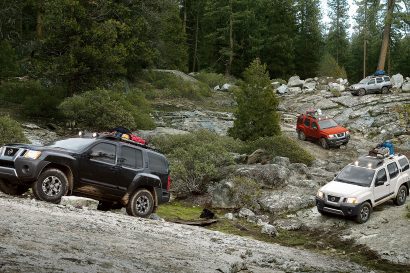 Nissan to Pull the Plug on the Xterra? 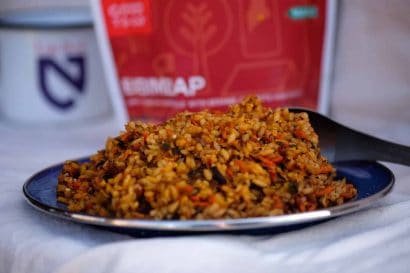 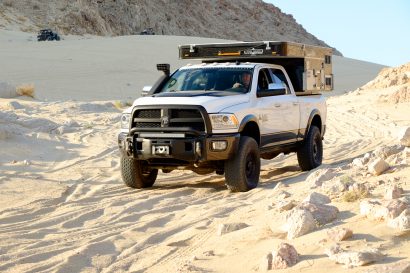