In 1993 Land Rover unleashed the venerable Defender upon the North American market. Don’t you wish you had bought one then? To celebrate the original Defender, Land Rover North America will produce 500 adventure-ready Defender 30th Anniversary Edition vehicles.

“The Defender 30th Anniversary Edition is a modern classic that pays homage to the heritage of 1993 Defender 110 First Edition. This edition celebrates the Defender model legacy in North America while offering technology and features that the adventurers of today expect in a new vehicle.”

The vehicle follows the style and adventure-ready specifications of the original while adding leading-edge technology, comfort, and that interior. The Anniversary Edition will be based on the Defender 110 P300 S model in Fuji White and feature Ebony grained leather seat facings, a cross-car beam in white powder coat with a brushed finish, and 18-inch Gloss White steel wheels to complete the visual homage. A heritage-inspired exterior badge will be placed on the rear tailgate of each of the 500 produced.

Respecting the capability Land Rover is known for, the 30th Anniversary Edition is equipped with all-terrain-focused accessories similar to those found on the original. Such features include an expedition roof rack, front and rear classic mud flaps, rubber mats, fixed side steps, a deployable ladder, wheel arch extensions, and an A-frame that we assume is a protection bar. Modern conveniences also include a variety of Land Rover packages, namely the Cold Climate Pack, Tow Pack, Black Exterior Pack, and Off-Road Pack.

Technology has come a long way since 1993, and advanced features abound in this edition. One of our favorite features is the Activity Key, which is worn like a watch and allows the owner to keep the keys of the vehicle safe and dry while enabling them to take part in water-related adventures. The vehicle’s interior has a three-zone climate control system and an air quality sensor, along with cabin air ionization for optimal comfort along your journey. The vehicle also features premium LED headlights, air suspension, and front fog lamps.

The 2023 Land Rover Defender 30th Anniversary Edition is priced from $75,000 and can be purchased at certain Land Rover retailers in the US. To learn more, visit www.landroverusa.com. 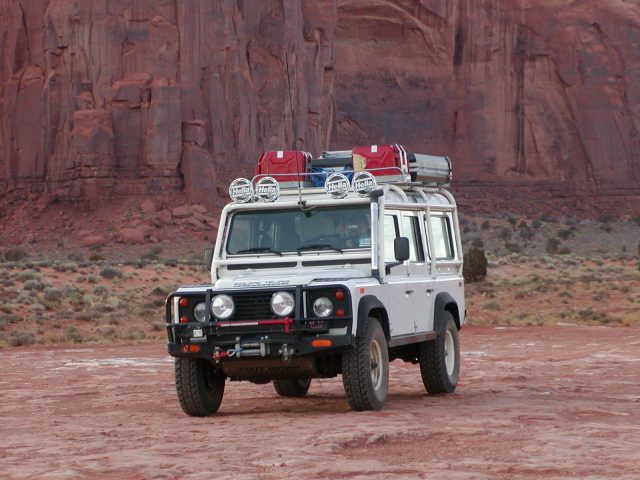 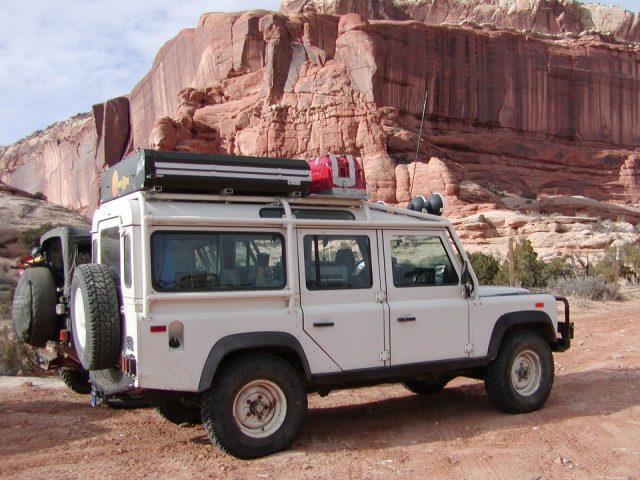 We know you all love the original Defender; let’s celebrate that legend. Introduced in late 1992, the Model Year 1993 Defender 110 was the first Defender vehicle sold in North America. Hand-built at the historic Solihull factory in the United Kingdom, the First Edition Defender 110 is highly sought by collectors and enthusiasts, with just over 500 units produced. A clean 1993 110 can demand prices north of $100,000. The first edition featured a safari roll-over protection system, ladder, roof rack, and a heated windshield for extreme weather conditions, fully outfitted for rugged terrain. The 1993 Defender 110 remains an embodiment of capability and iconic design, which Land Rover vehicle owners and fans have appreciated since 1948. Although the Range Rover had been sold in the States since 1987, 1992 was the first time utility Land Rovers had been sold in the US since 1974. In compliance with the strict United States Department of Transportation regulations—ranging from crash safety to lighting and the very different requirements of American buyers—the North American Specification (NAS) Defenders were extensively modified. 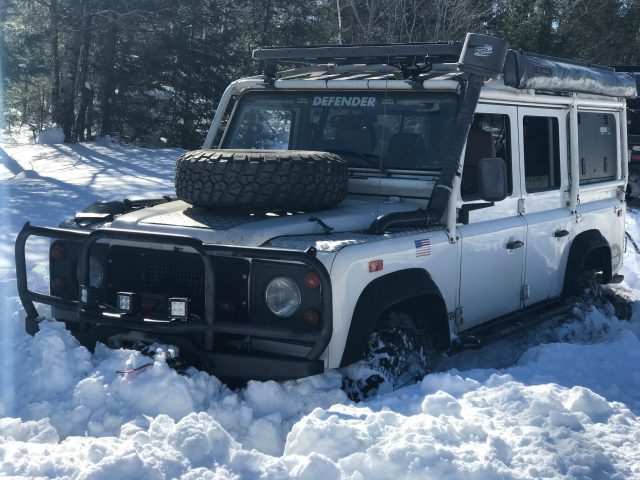 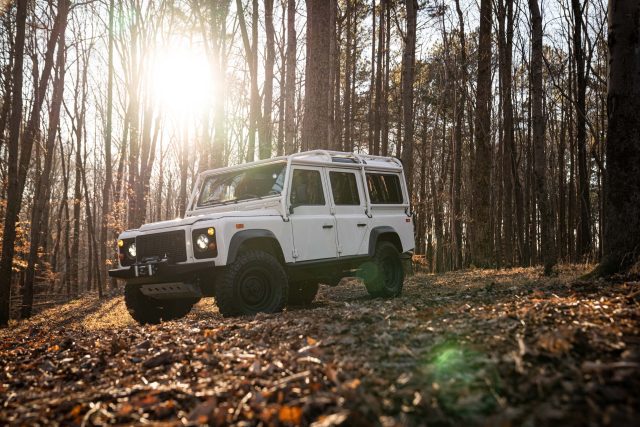 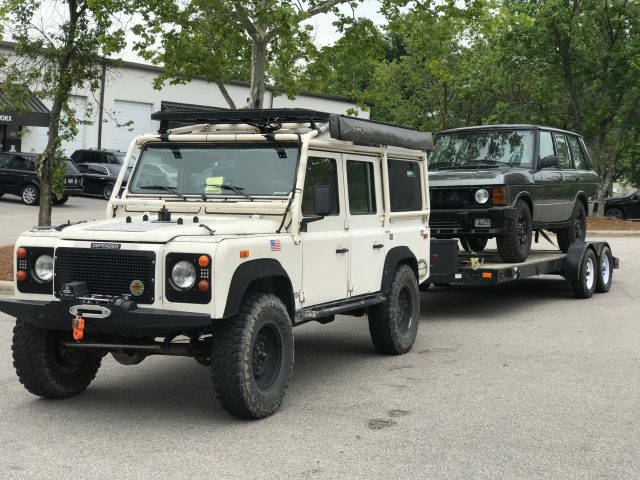 The initial export batch was 525 Defender 110 County 4x4s, with 500 sent to the United States and 25 to Canada. They were fitted with the thirsty 3.9-liter V8 petrol engine, LT-77 five-speed manual transmission, and LT230 transfer case. All vehicles were Alpine white (except one specifically painted black for Ralph Lauren). They sported full external roll cages and larger side indicator lamps and taillights. All were equipped with the factory-fitted air conditioning system, or you could flip open the front flaps and open the windows; the results were similar.

Our No Compromise Clause: We carefully screen all contributors to ensure they are independent and impartial. We never have and never will accept advertorial, and we do not allow advertising to influence our product or destination reviews