Last month we announced the release of Land Cruising Adventure’s 2014 Death Road Calendar. It’s a twelve month photographic essay of their drive along the infamous Death Road. Below is an excerpt from that drive. Coen is a masterful photographer and their trip reports from the past decade on the road are always entertaining. Words and images by Coen.

Or should I say, the (North) Yungas Road, the Coroico Road, Camino de las Yungas… Maybe there are more names for this same road. According to many online articles, the Inter-American Development Bank declared this the World’s Most Dangerous Road in 1995, but on the IADB’s website I can’t find anything about this statement so I can’t verify how true it is. True or not, things have changed a lot since then and I am sure that nowadays there are many roads (in and outside Bolivia) that kill many more people than this one, for example on the highway Oruro – La Paz, which is known for its incredible number of crashes, especially buses. Until 2006 the locally called Death Road was the only road connecting Coroico with La Paz. The often no-wider-than-1-lane, unpaved road was used by all buses, trucks and all other vehicles. Overtaking is often impossible and I can’t imagine having driven there during those days.

However, this about some-70-kilometer-long stretch no longer is the main road between the 2 towns. About 10 years ago a new road was constructed around another mountain range: a 2-lane, largely paved highway that is well maintained. The ‘Most Dangerous’ aspect today is mainly for tourists who take their chance on descending this unpaved, slippery, hairpinned road on a bicycle – among whom who never sat on a bicycle before! I guess this activity falls under the category Extreme Sports. Yep, today tourists die here an unnecessary death. 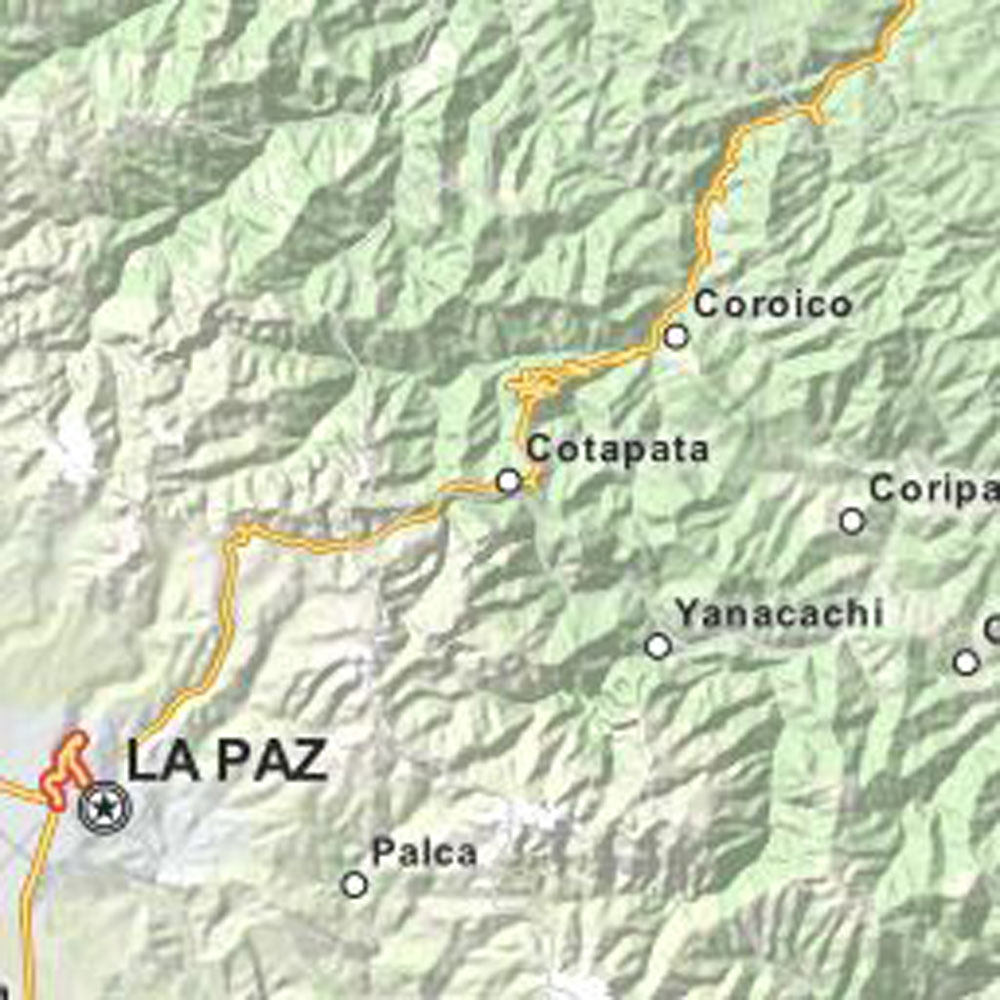 Three years ago, we survived the stretch north of Coroico when driving from the northeastern border with Brazil to La Paz in Bolivia and even though that stretch is just as treacherous for exactly the same reasons, the term ‘Death Road’ is commonly used for the specific stretch between Coroico and La Paz. The first challenge was leaving La Paz. As we were camping in Mallase, south of the city, it meant either traversing El Alto – skipping part of downtown La Paz – or cutting straight through town. Both routes, no matter what time of the day, are clogged with traffic and time consuming. 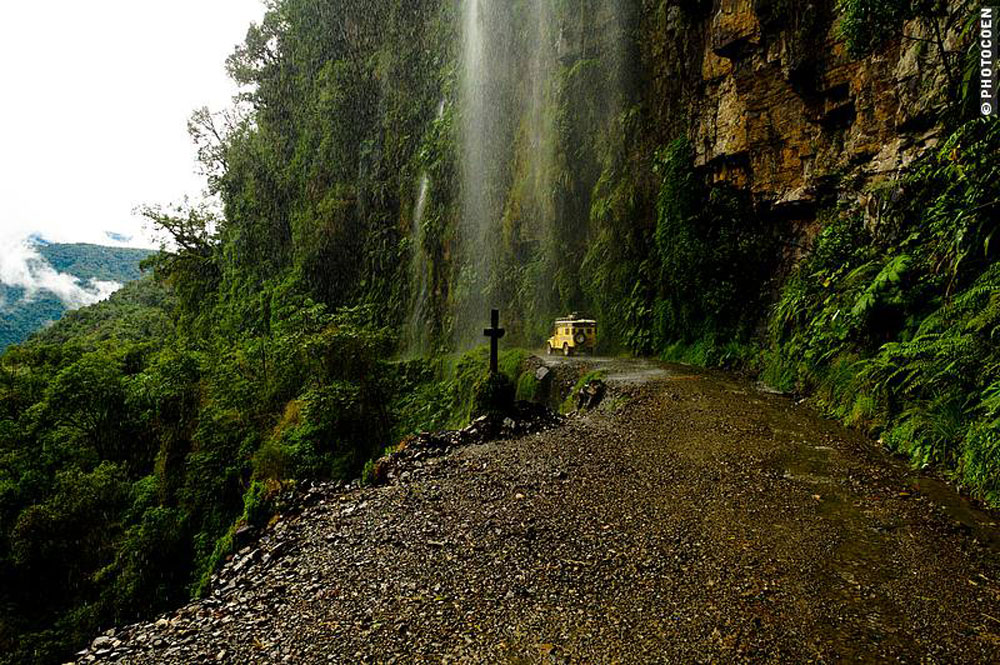 On the northeast side we passed the toll gate (la tranca) Urucaja, after which we at last found a gas station where we could buy diesel. That took a worry away, because getting fuel in and around La Paz is a pain in the ass. Dry weather, bit of clouds, sun working its way through the gray layer. We meandered the asphalt road from 3,800 meters (La Paz) to La Cumbre, a pass at approx. 4550 meters with views of valleys and canyons with hairpin bends, llamas, lakes and snow-capped mountains. 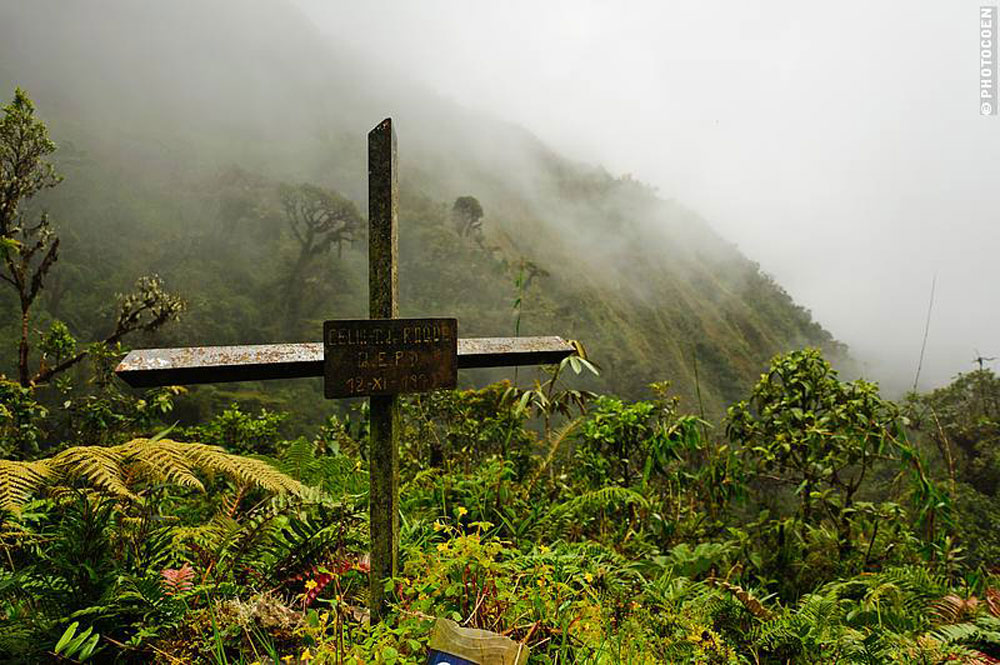 We had a bit of an idea where the turn-off would be but weren’t exactly sure. We drove slowly, checking each possible turn-off to see if it made sense that this was thé entrance to the Death Road. It isn’t obvious to find, that’s for sure. At last we found a turn-off to Chuspipata, where some weathered road signs gave us the impression this was the right point (GPS waypoint: -16.28891, -67.82725). 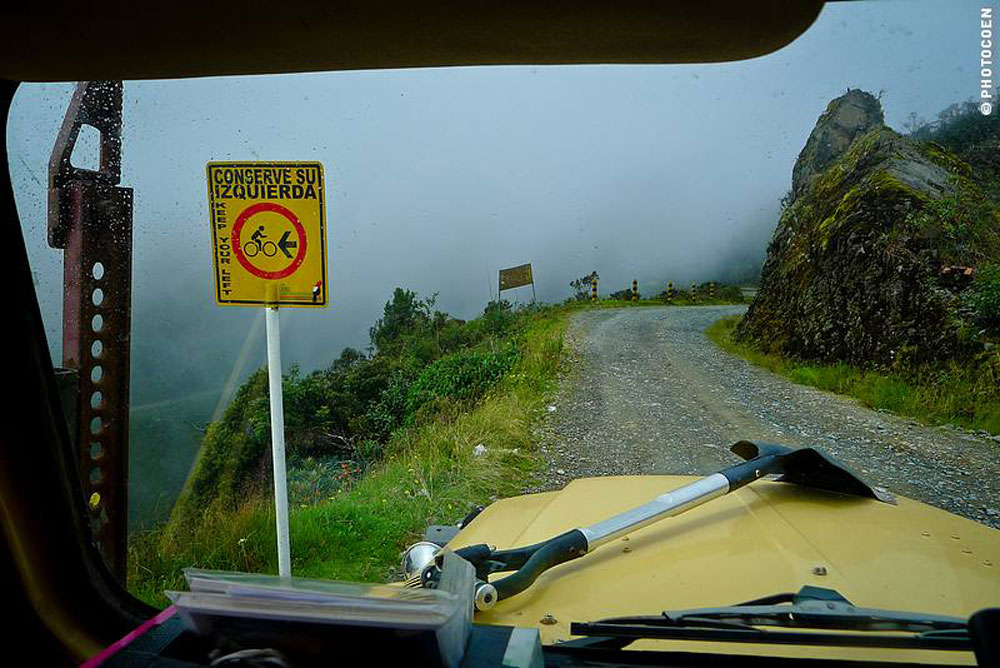 The first crosses, of which there remain a couple of dozen along the stretch all the way down to Coroico at 1,600 meters, immediately came into sight. I checked many of those crosses, or shrines. All names are Spanish-sounding and I have the impression that there isn’t one that commemorates the death of a cycling tourist. By now we had descended into the clouds, and visibility was minimal. We were afraid we were going to miss out on the views. We hadn’t done this stretch in 2010, when we were here during the rainy season, exactly because we didn’t want to drive in the clouds, but wanted to actually see something of our surroundings. Fortunately down the road the weather cleared quite a bit and we did get our share of fantastic views.

It was a beautiful ride. We left in the afternoon, long after those kamikaze bicyclists had gone down and we encountered only 3 other vehicles. Easy going in first or second gear most of the time with lots of opportunities to take in the tropical vegetation of the Yungas. Waterfalls came down all over the place, giving us and the Land Cruiser some impressive showers. So, the World’s Most Dangerous Road. Yes, once it was. Today, it no longer is. We felt it was perfectly safe to drive after the bicyclists have left. In fact it’s one of the more scenic drives in Bolivia.

To read more about their amazing adventures, visit the Land Cruising Adventure website. It’s a journey in itself. You can purchase your Death Road calendar HERE. 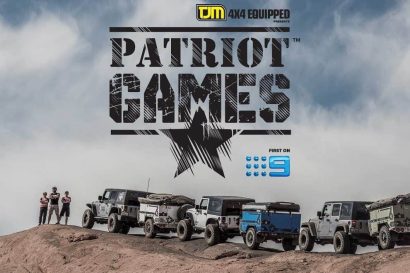 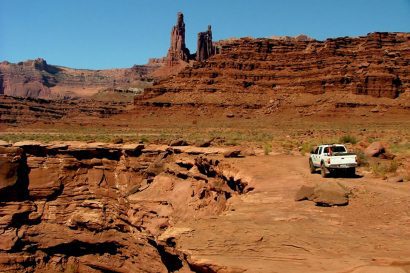 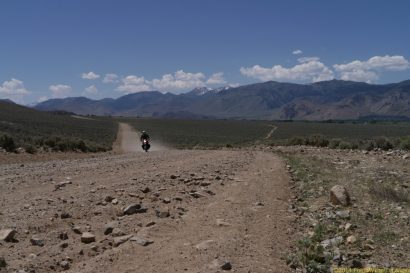