As long-time Amazon Prime members, we ordered an early release Kindle Fire for evaluation.  Given the form factor, we considered its suitability for adventure travel.  Being just in the middle of the iPad and iPhone on size, the Fire immediately feels more portable and with the rubber surround, more robust.
Without question, the Fire lacks some critical functionality native on the iPad, principally the navigation apps and available GPS chipset.  This is important for the traveler, in particular those who venture off of the beaten path by adventure motorcycle or 4wd.

The packaging is minimalist, even more functional than Apple, yet lacking some of the polished, if pretentious flare. I actually like the brown box statement – it works.

Once the package is open, the Fire sits proud atop the recycled cardboard insert, disguising the only accessory, the power charger.  A set of earbuds seem conspicuously absent, but all is forgiven once I realized charging occurs with a mini USB 3.0 plug.  The same as my MiFi unit and other devices.

Holding the unit, it feels comfortable and secure in the hand. The rubber grip is less sexy than the aluminum iPad, but with the iPad I often feel the unit barely gripping my fingers, ready to shoot off towards the floor at any moment (that happened once). The bottom side is occupied by two speaker ports, generating sound on par with the iPad and much better than the iPhone. The top side has the small power button, the mini usb port and a mini headphone jack. Of functional note, the power button is the only button, unlike the iPad’s home button.  This is a complaint I have with the iPad, the home button which clicks louder than it should, making late night or plane based work annoying to those around. Home on the Fire is accessed via the touch screen.

In use, the Fire is a clean, simple device with a growing number of apps.  I doubt any reasonable action cannot be achieved in short order given the aggressive release of applications.  As mentioned, the lack of navigation tools is the only significant bummer. Web browsing is simple and effective. The HD resolution screen gives a crisp and readable font, but it is small when compared with the iPad. Even though the Fire is a fraction of the cost of the iPad and even less than the iPhone is does several things better.  Most notable is Flash.  Sure, HTML 5 will ultimately win out, but many older sites still use flash.  Even parts of americanexpress.com still use flash, non-functional with my iPad, brilliant with the Fire. So overal, browsing on the Fire gets a thumbs up and works better than the iPad.  expeditionportal.com works perfect with the device. Preinstalled apps include Pulse, QuickOffice, email, Facebook, Pandora, Contacts and Gallery, the apps I already use on the iPad.

The iPad and Fire are both great for browsing, but the Fire gets the ultimate nod. www.expeditionportal.com looks great on the Fire.

Watching TV shows and movies are fantastic on the Fire, on par with the iPad and far better than on the iPhone. I will call that an iPad / Fire draw.  What is interesting is comparing the reader performance between the iPad and Fire.  The Fire should be the perfect reader but it falls short in one area: aspect ratio.  The iPad is a more standard print aspect ratio, rendering magazines more correct to size.  The Fire cuts a third of the usable space in its long format.  This means that most pages cannot be read without zooming in.  Awkward.

The thing I like most about the Fire is the form factor.  It is a brilliant size, easily complimenting a laptop in a messenger bag, stowing neatly in a tank bag on the BMW or even making home in the pocket of my jacket.  The screen is so much more usable than the iPhone, especially given the browsing performance.  Does it replace either the iPad or iPhone – not yet.  If it had a GPS, it would be my first choice for a moto-based device.  The iPad navigation capabilities are so effective that I rarely use a stand alone GPS any longer. The Fire also lacks communication tools like Skype which makes it possible to leave the cellphone at home.  A 3G or 4G version would also be useful although not a deal breaker.  In the end, the Fire is only $200, an unbelievable deal given the usefulness. Now lets see that GPS dongle that connects to the usb port!

Americas Overland - The Driving Handbook
by Donald Greene
From $20From CAD$31.12

Long Way Round: Chasing Shadows Across The World
by Ewan McGregor, Charley Boorman
From $17From CAD$22.28 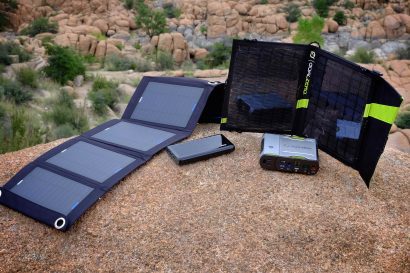 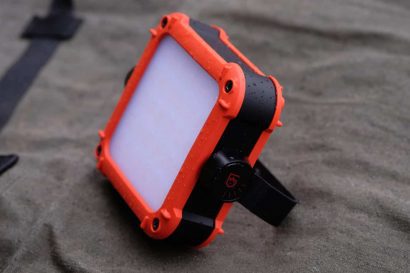 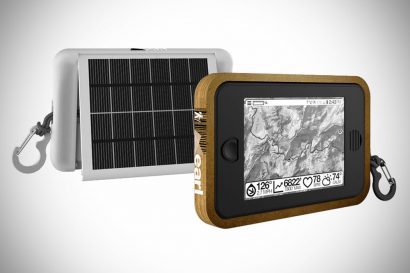