Since its debut at the 46th Tokyo Motor Show in 2019, the Honda Trail 125 ABS (CT125) has been on many people’s minds. It immediately sparked requests for a production model, and it appears that Honda was receptive. If we’re lucky, we should begin to see the “Glowing Red” Trail 125 miniMOTO available in dealerships by November of this year.

The Trail 125 Harkens Back to Honda’s CT Line Roots

The original CT125, which was designed for off-pavement fun and utility, was available across multiple markets from 1975 to 1985 (but for only one year in the US). Its lineage was a continuation of the CT designation which Honda introduced back in the mid-60s with the CT200 (a strange model number seeing as it only had a 90cc engine) which was also a little explorer bike. The CT200 was (more appropriately) redesignated the CT90, which would eventually give way to a larger displacement, bigger-wheeled version, the XL125. The XL was quite popular with farmers in Australia, and importers modified various parts of the bike to make it more suitable for the utilitarian farm work it was often performing. But these weren’t purely utilitarian bikes, they were also made for fun. Honda US imported the CT125 in 1977, but due to lacking consumer demand, that was the only year they would be sold in the United States.

“When American Honda was established in 1959 and began offering the Honda 50, Idaho dealer Herb Uhl started modifying it for off-road use, resulting in Honda producing the Trail 50,” said Lee Edmunds, Senior Manager of Powersports Marketing for American Honda. “That model became ubiquitous in American campgrounds and on motorhome bumpers in the ’60s and ’70s and led to a number of successors. For that reason, the CT brand has a special history with the US market, and it’s great to see it return with the Trail 125 which, like the Super Cub and Monkey, harkens back to a golden era of American motorcycling but with modern technology and reliability.” 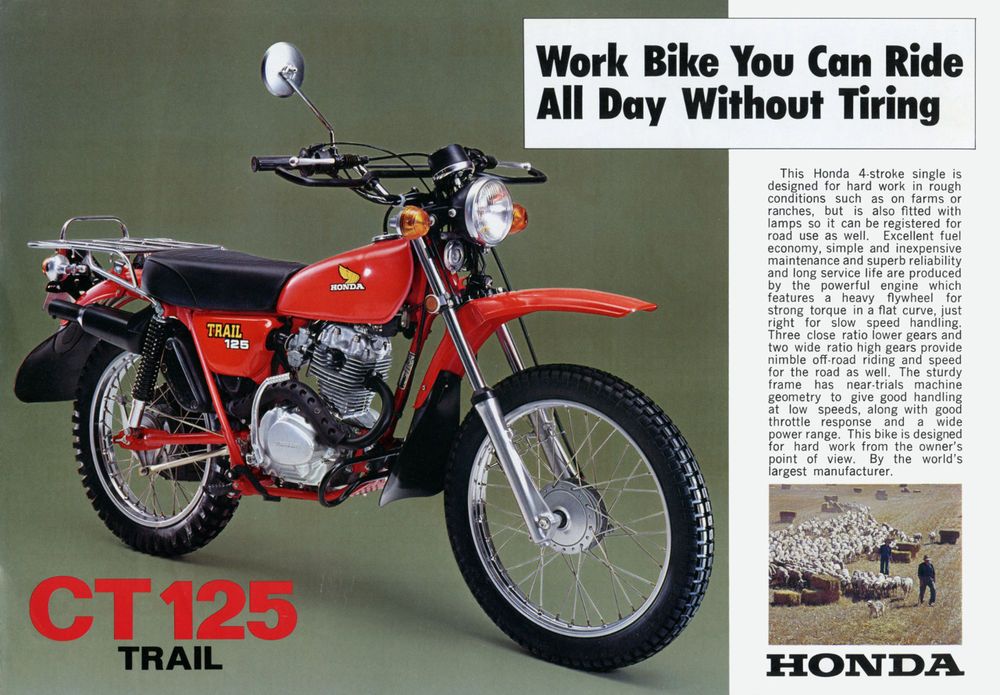 Functionality and capability have been greatly improved in the modern 125 ABS, providing a nostalgic riding experience coupled with modern reliability and features. A simplified frame is paired with original design features like the upswept muffler, air cleaner cover, fuel tank, rear carrier, steel front fender, turn signals, footpegs, and handgrips. The 190-watt generator output on the bike delivers power to an accessory charger, LED lighting, and large, square turn signals which mimic the look of the older CT models and are durable for off-road use. 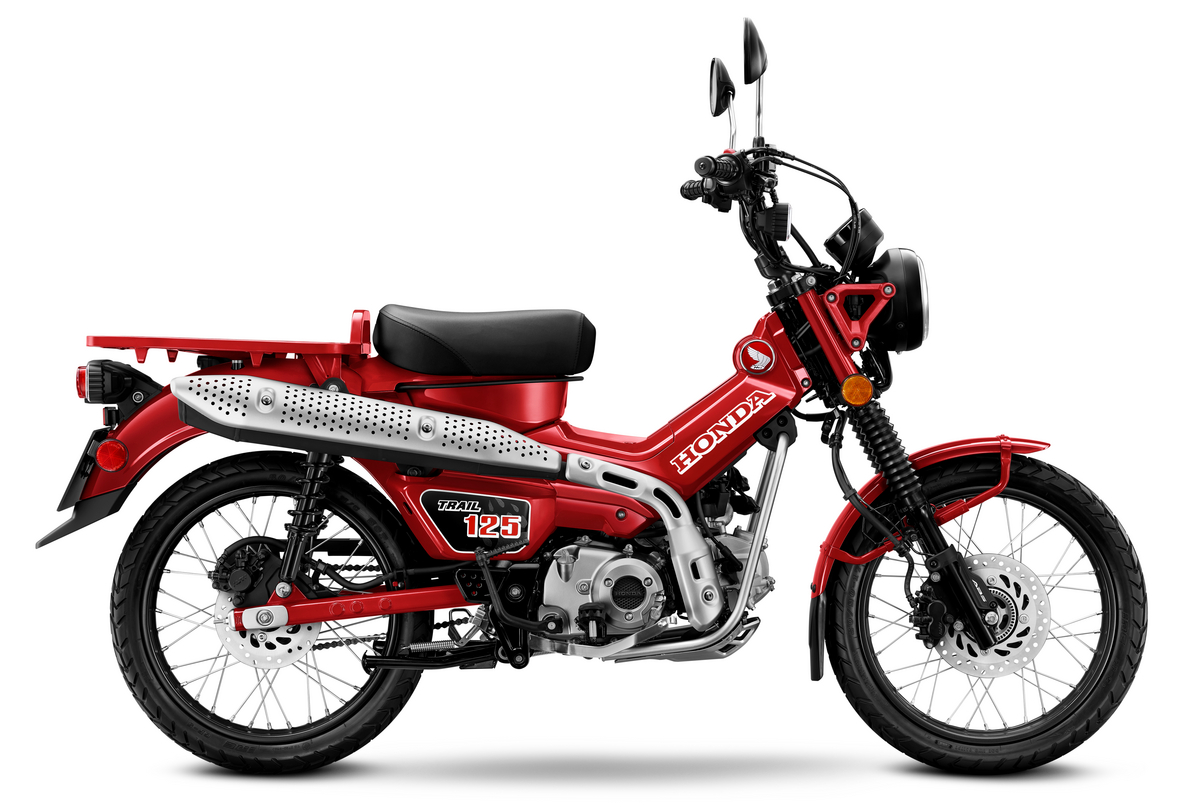 Using the Super Cub for comparison, the 125 ABS sees a .5-inch increase in wheelbase length (49.4 inches), a front suspension stroke increase of .4 inches (to 4.3 inches), ground clearance upped 1.1 inches to 6.5, and the seat height raised .8 inches (to 31.5 inches). This geometry combined with the upswept handlebar, dual-sport tires on 17-inch rims, and disc brakes front and rear make for a bike that is comfortable to ride on the pavement while retaining agility and capability on rough surfaces as well.