Update: More details have been found on the incident, and added below. We all have bad days, but some are worse than others. Take this poor soul for example, who seems to have flopped his beautiful expedition truck on a mild trail in southern Texas. From what we can gather, the driver was tackling Old Ore Road, a 26-mile track through the eastern side of Big Bend National Park, when he managed to unsettle the vehicle enough to tip the truck 9.4 miles from the south entrance, just south of Ernst Basin. There’s no official report of how the incident occurred, but from the story we’ve been forwarded, the incident unfolded something like this:

The driver was heading down Old Ore Road around 2:00 p.m. when he came upon a large dropoff on the right side of the trail. Weary of slipping off the side of the shelf, he took the inside line. Shortly after, his inside tires began to wash out into the ditch. At this point, things happened fast, and the driver states he was a little hazy on exactly what occurred next, but it appears his foot slipped off the brake as the truck dropped off the edge, accelerating the vehicle up a rock on the embankment. This forced the Unimog over, trapping the driver in the cab. 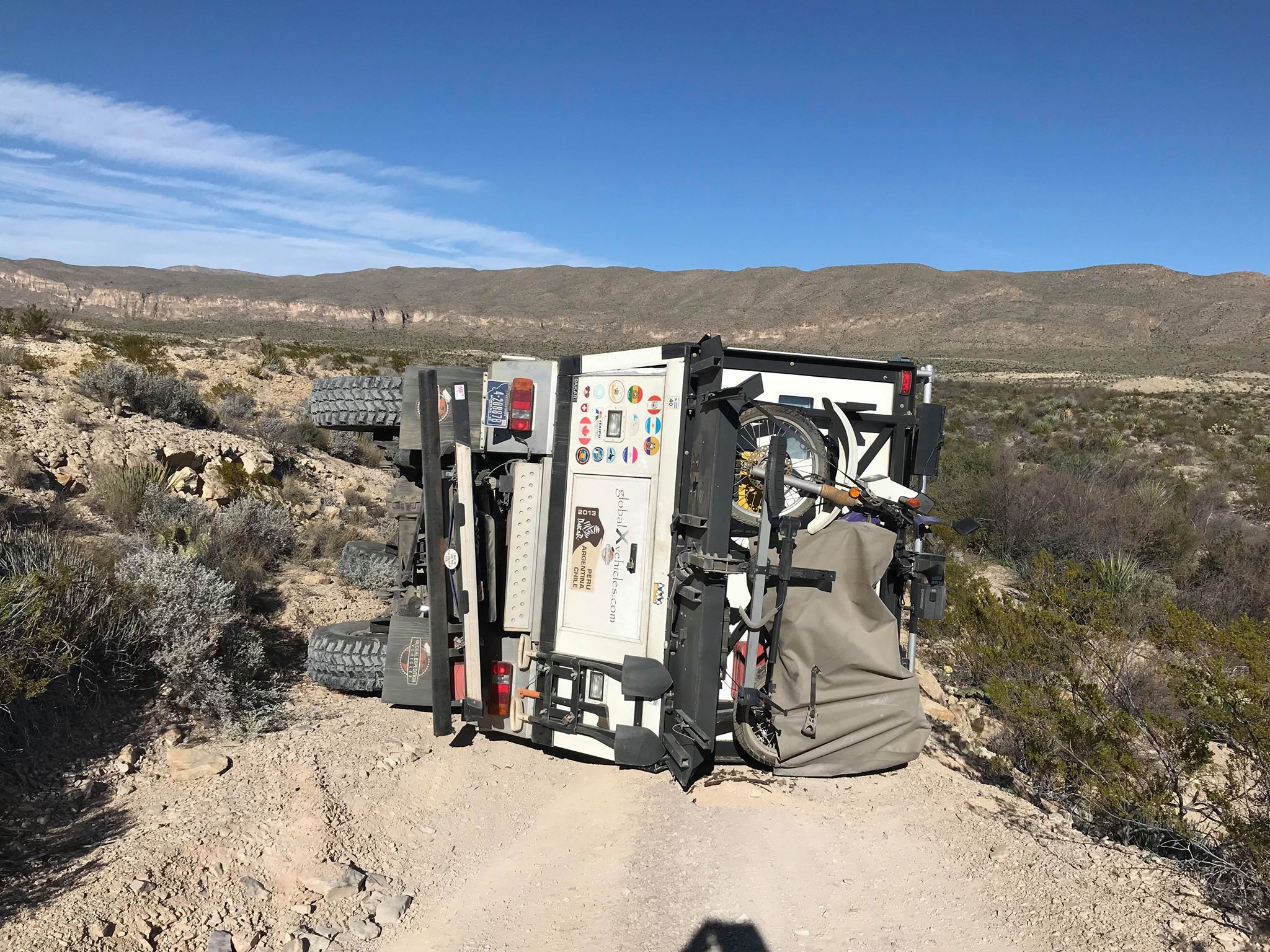 Luckily for him, Brian Ramay and his wife happened upon the accident just minutes later, finding fuel, oil, and water pouring from the now sideways truck. Upon reaching the vehicle, they pulled the driver out of the now skyward facing window, which can be seen in the lead image above. They checked him over, then proceeded back to a point with cell service a few miles back in order to inform the park rangers of the incident.

Rangers are working to clear the path, but state that it may take a few days to extract the behemoth. In the meantime, the official park office states that you may access Ernst Tinaja and La Noria from the south entrance or Willow Tank and Ernst Basin from the north entrance, but vehicles cannot drive through or around. For more information, contact the Big Bend National Park office at (432) 477-2251. 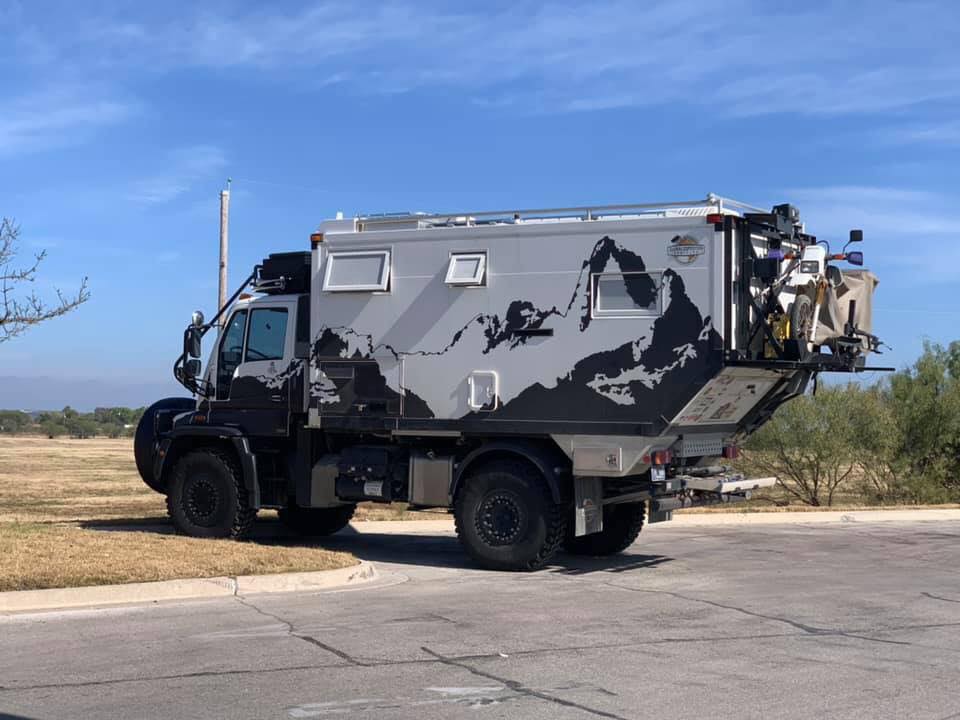