In the Czech town of Český Krumlov, I piloted my Defender 130 down a cobbled village road, heading towards the Vltava River. There, parked on the lawn next to a gigantic teepee, stood a spectacular Land Rover Defender 130. Leigh, a tattooed, muscular, and energetic Australian mountaineer and oil rigger stood beside the Landy with his wife, Stephanie, a Frenchwoman, climber, and the trio’s photographer and filmmaker. Leigh and Stephanie had been touring Portugal early in 2017 when a speeding truck destroyed their first Defender 130 (luckily, the couple was wearing seat belts, and the Defender’s large bull bar absorbed most of the impact) and they had used the opportunity to build a new, spectacular, vehicle. (By the way, Grizzly is the model of the camper and Bear is the Defender’s nickname (named after Bear Grylls), hence the name GrizzlyNbear).

Intrigued, I asked the couple if they could share their story with us and they graciously agreed. It is worth noting that they seem to have found a perfect balance in life between work and travel, exploration and relaxation. Keep an eye on this couple—they are going places!

Tell us about yourselves.

We are an Australian/French couple. My name is Leigh, I’m from Perth and 36 years old, and my wife, Stephanie, is from Paris and 32 years old. We met on a rock climbing trip in Thailand nine years ago, spent two weeks travelling together, and enjoyed each others’ company so much we decided to spend the rest of our lives together. 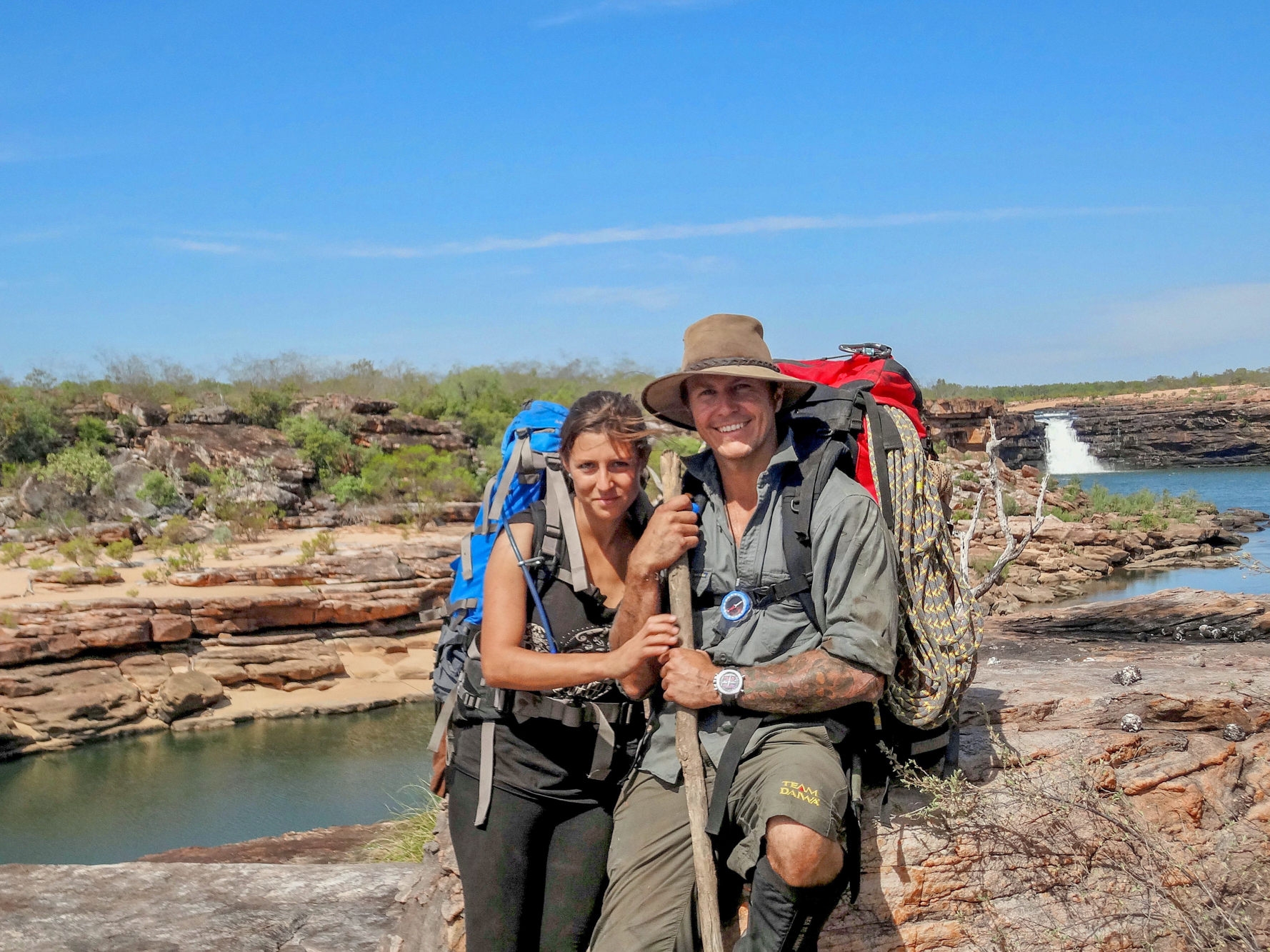 When did you start overlanding?

From a very young age, my mother encouraged my brother and I to travel and experience the world and all it has to offer. Mum was a very keen traveler herself and continues to be; she and my father tour Australia in their 4WD with caravan. I started a plumbing apprenticeship when I was 17 years old, and by 18 I’d saved enough for my first solo trip: four weeks backpacking around New Zealand. I was hooked! 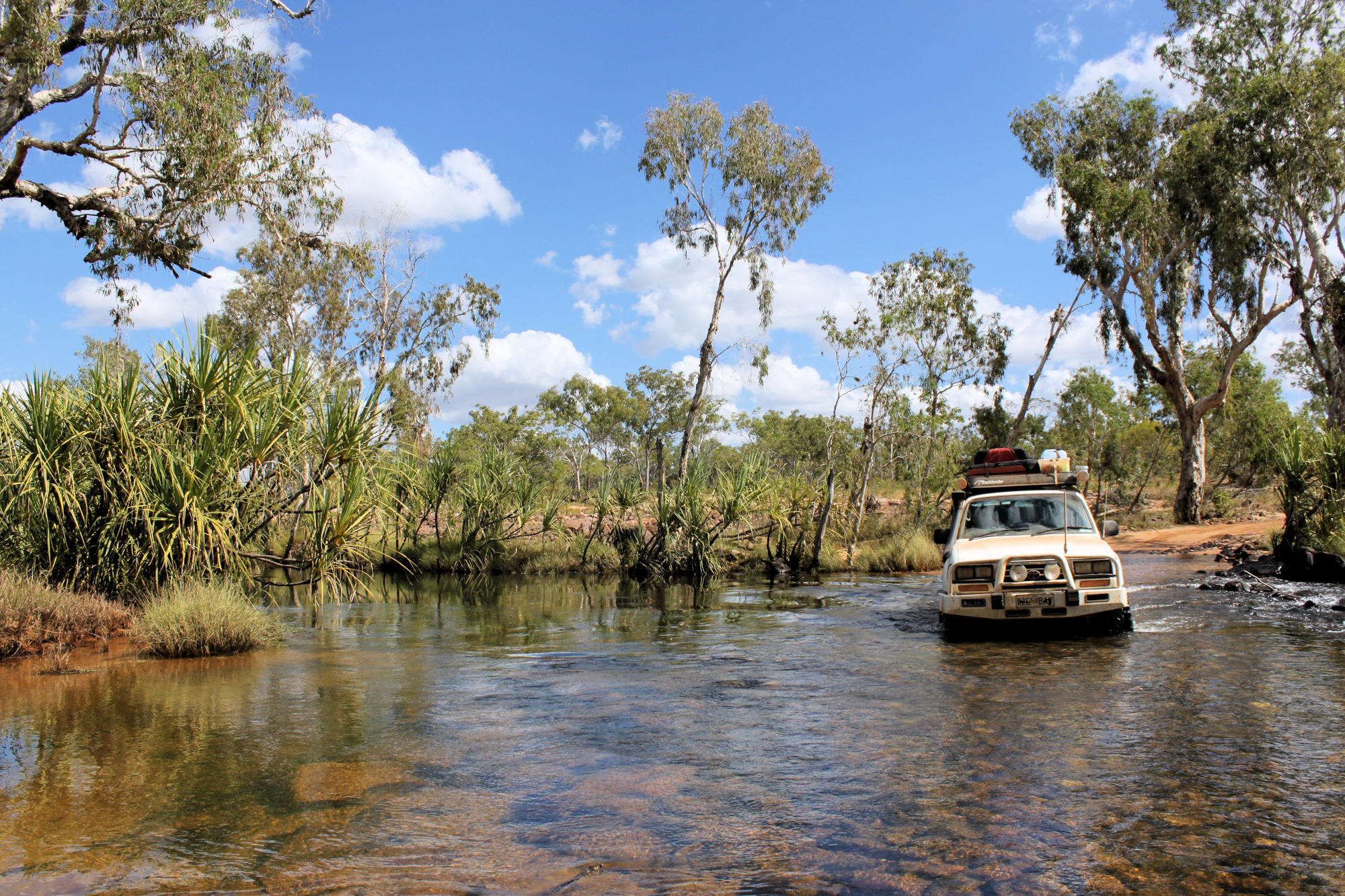 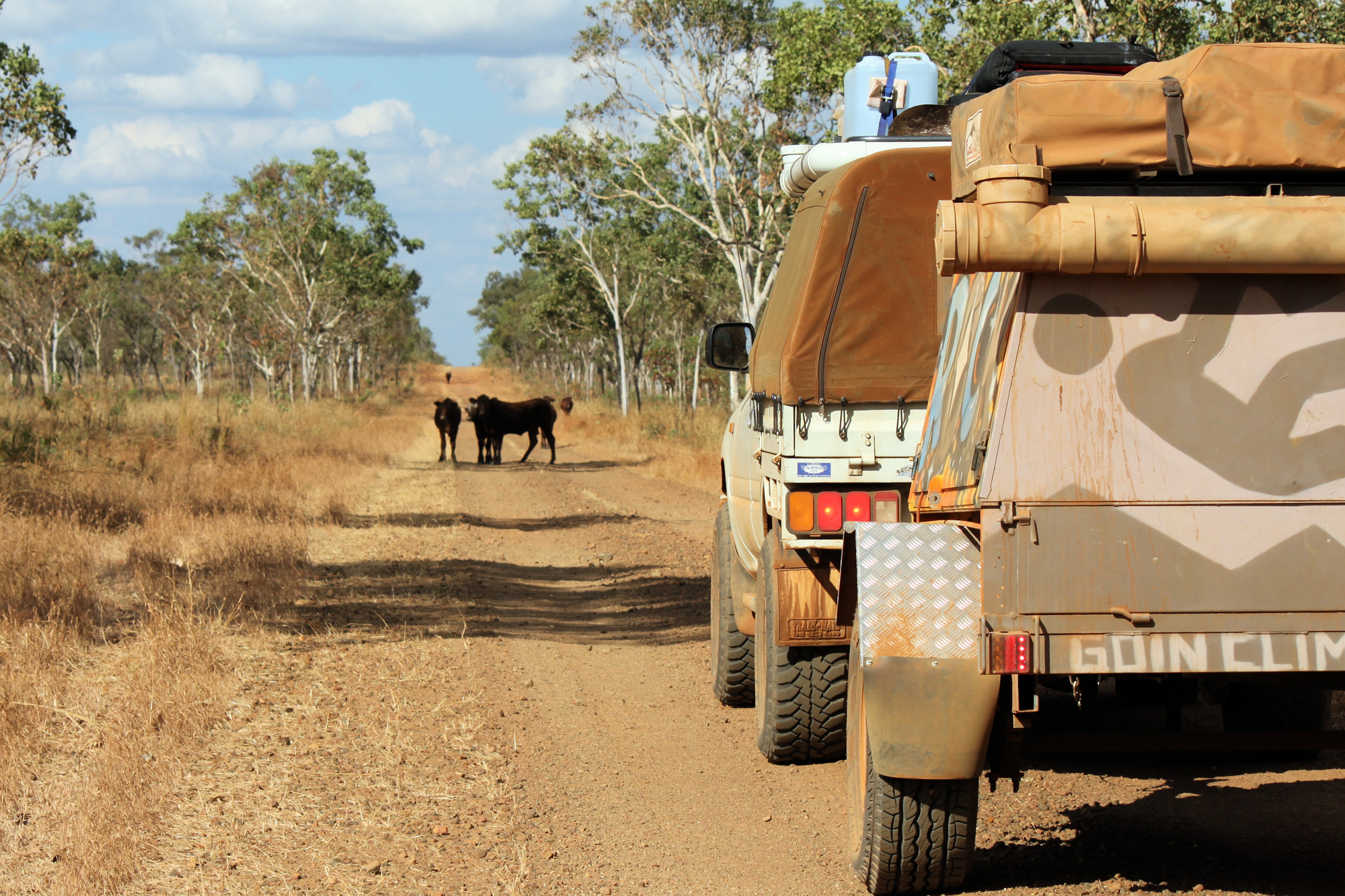 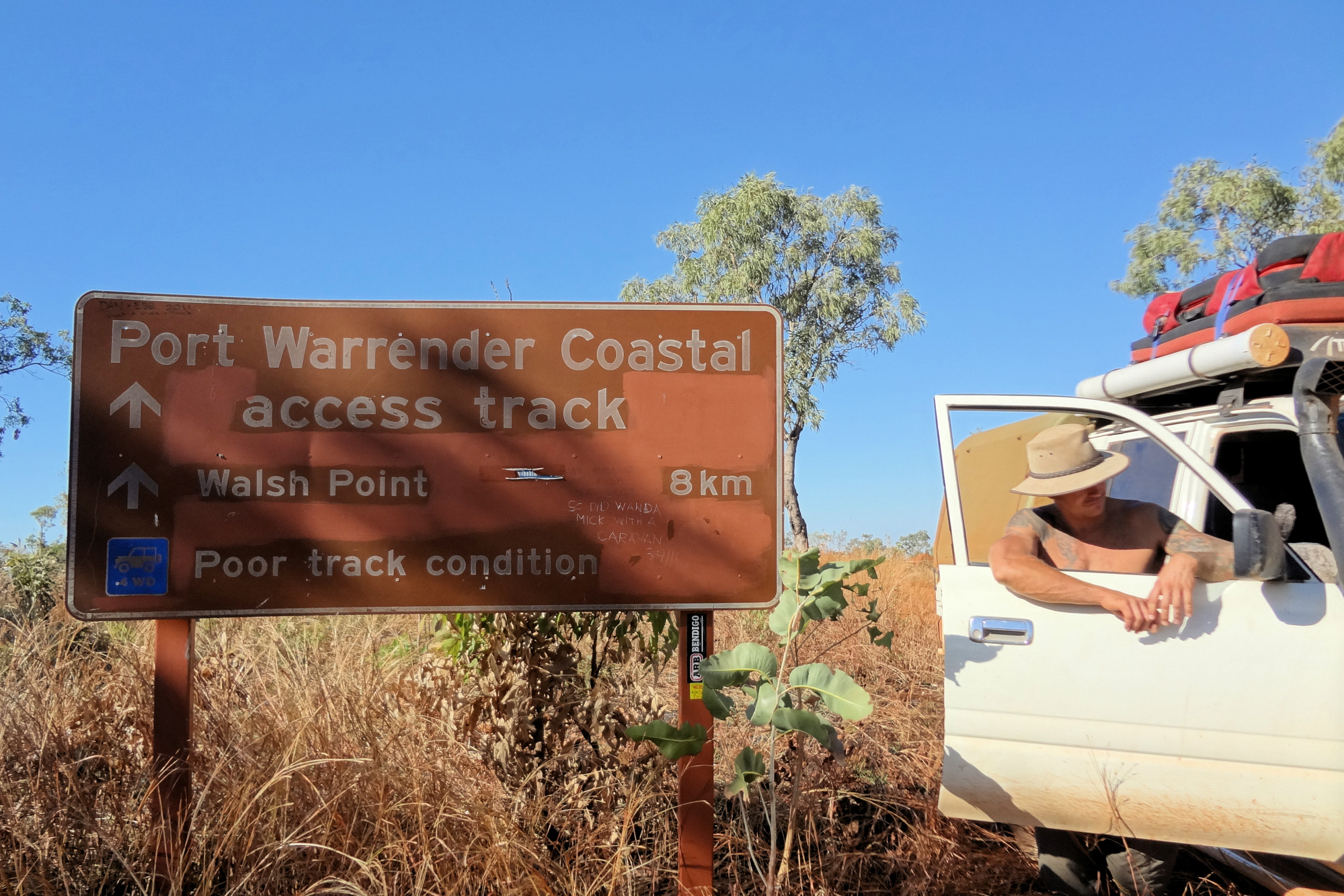 Stephanie had done some travelling around Europe and Northern Africa with her friends and family in her younger years; her trip to Thailand in which we met was her first major voyage far from the European mainland. Steph was very soon addicted to the nomadic lifestyle after moving to Australia to live with me. We started to overland on a semi-permanent basis about six years ago.

What motivates and inspires you?

Our love for rock climbing, mountaineering, and a passion for nature and experiencing different cultures. For the last nine years, all our travelling has been dictated by climbing destinations. This is such a great way to travel as generally rock climbing is found in the most beautiful and remote locations of the countries we travel to. 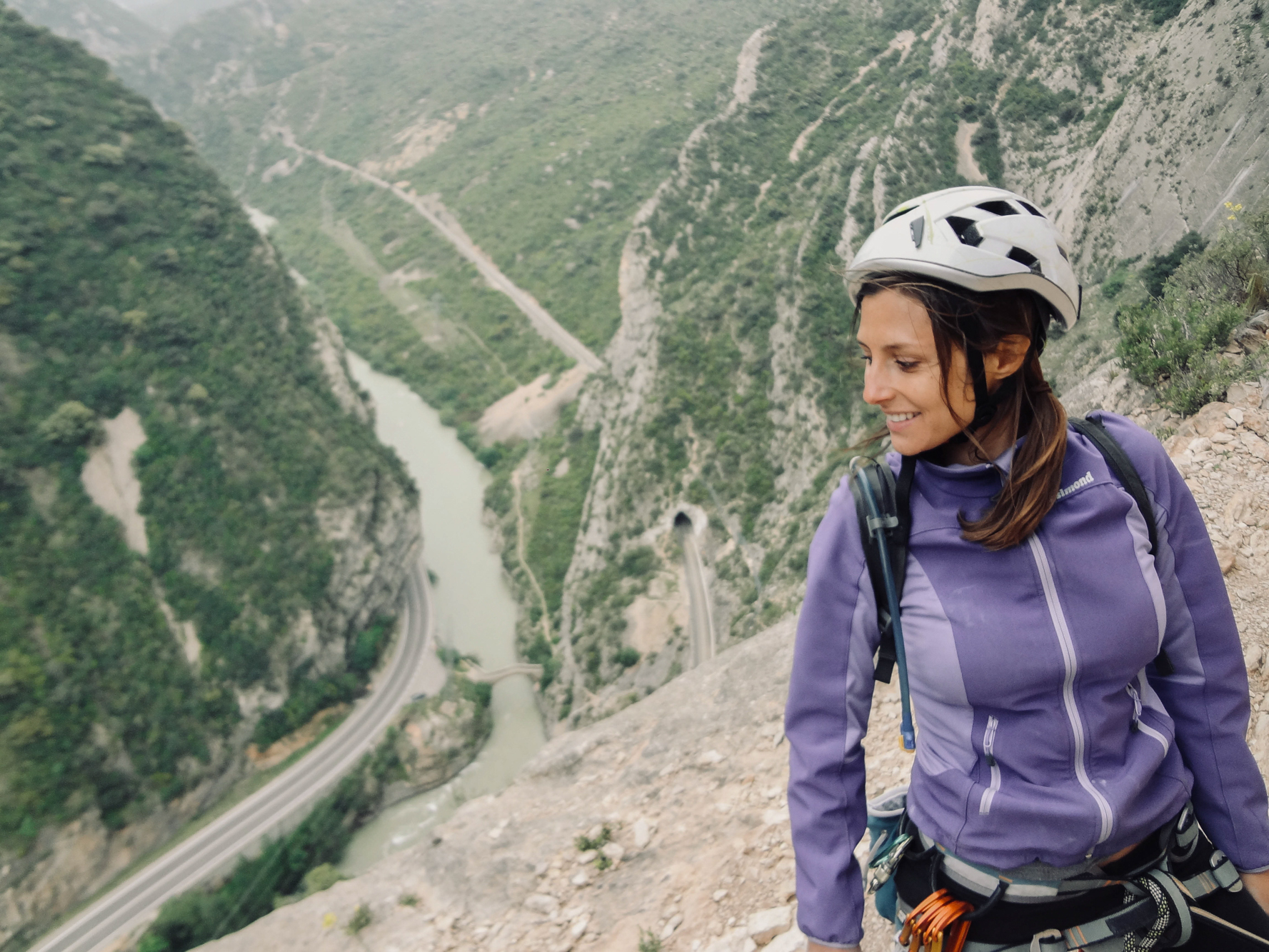 What is your life philosophy?

Our philosophy is very simple: “Everything happens for a reason.” We try to live completely by this phrase. It’s a basic philosophy but makes any situation very easy to deal with if you remind yourself of this. Sometimes it might be very hard to understand why during difficult circumstances, but eventually, all will become clear.

How many countries have you traveled to? 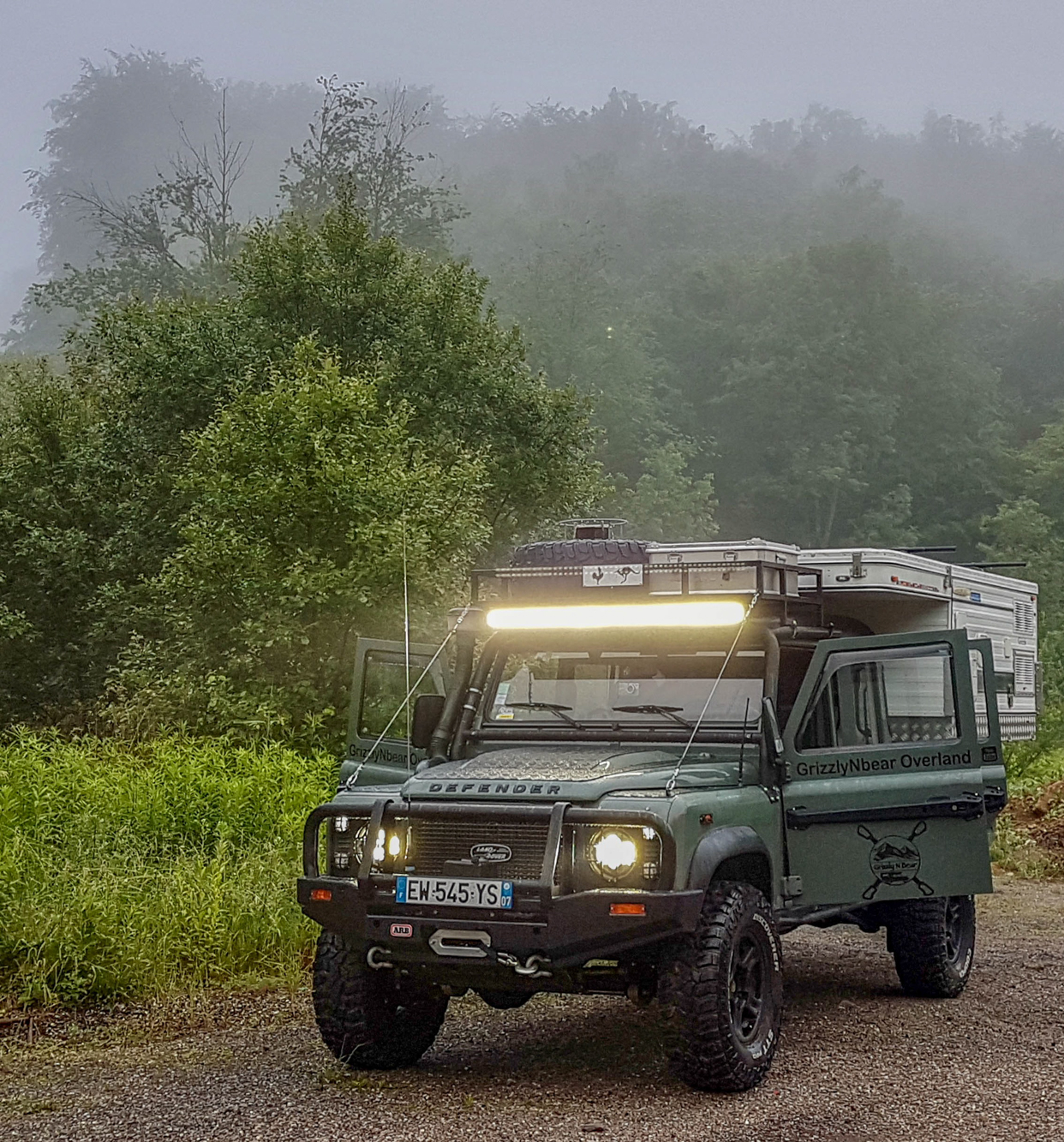 What has travelling taught you?

It’s taught us many things including respect, patience, plenty of patience, but above all I think we have learned that the world is in fact not as unsafe and dangerous as the media would have us believe. Have the courage to travel to those places that your friends ask, “Aren’t you afraid to go there?’’ Of course, be sensible and do your research, but please don’t write a country off because the media portrays it as some wild place full of savages and war. Find out for yourself, and you may be pleasantly surprised.

How has travelling changed you?

There have been so many ways it’s difficult to know where to begin. We would have to say that the most positive change would have to be learning to live a completely minimalist life. Everything we own we carry with us in our rig. Less is definitely more.

Do you have any regrets?

I think it’s impossible to live your life without regrets, but going back to our “Everything happens for a reason” philosophy, regrets are easily dealt with. I would have liked to discover the overlanding lifestyle at a younger age. Although I think we were actually quite young when we started to overland full time, we sometimes think of all we could have accomplished had we started even younger.

Stephanie regrets that she didn’t start to video our journey much earlier. We have had so many amazing adventures all over the world that would have been great to have captured on film. Steph has always had a great eye for photography, and now she is employing that same talent in her newfound passion for video editing.

Some people might find this one a bit silly, but we wish we would have bought a Land Rover Defender much earlier in life. If you are a Defender owner, you will understand this one! 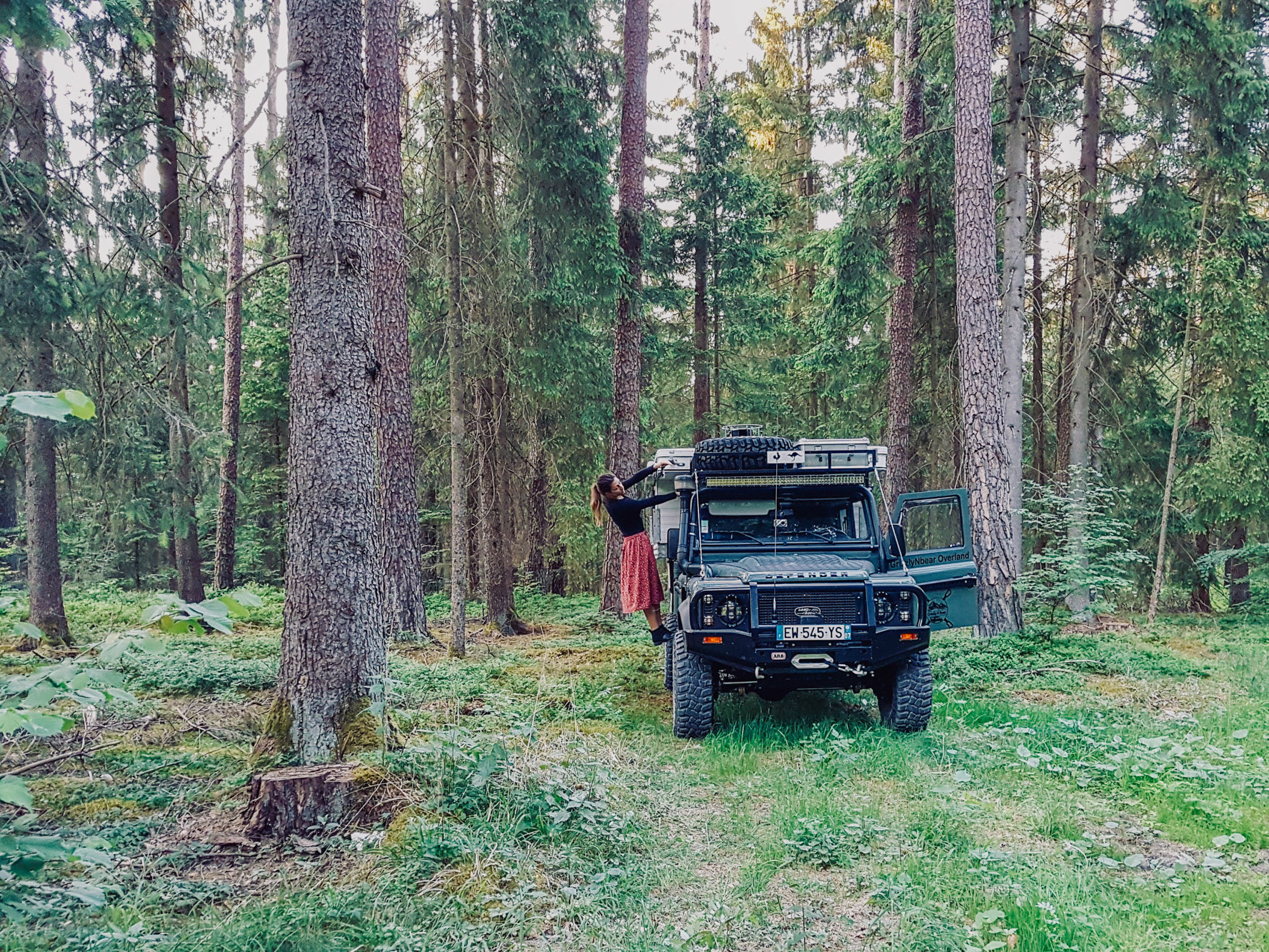 How do you afford to travel?

We are very lucky that my employment in the offshore oil industry offers us the opportunity to live this lifestyle on a full-time basis while supporting us financially. I work a four weeks on, four weeks off rotation offshore of West Africa. When I return to work, Steph stays with the truck in whichever country we happen to be travelling in at that time.

To continue to push ourselves physically and mentally in our passion of rock climbing whilst continuing to overland the world. We have absolutely no plan to settle down and will live this lifestyle as long as we are able. The major goal over the next few years is to get ourselves in a position that I can stop working, be completely free of constraints, and spend 12 months a year with my beautiful wife.

What has surprised you the most about overland travel?

The incredible community that surrounds it. Having lived a very nomadic life for the better part of nine years, with six of those being overlanding, it has only been in the last 18 months through social media that we have discovered the amazing, friendly, and welcoming community that is out there. They are always willing to give advice, take a detour, meet up for a braai, and help in any way they can. 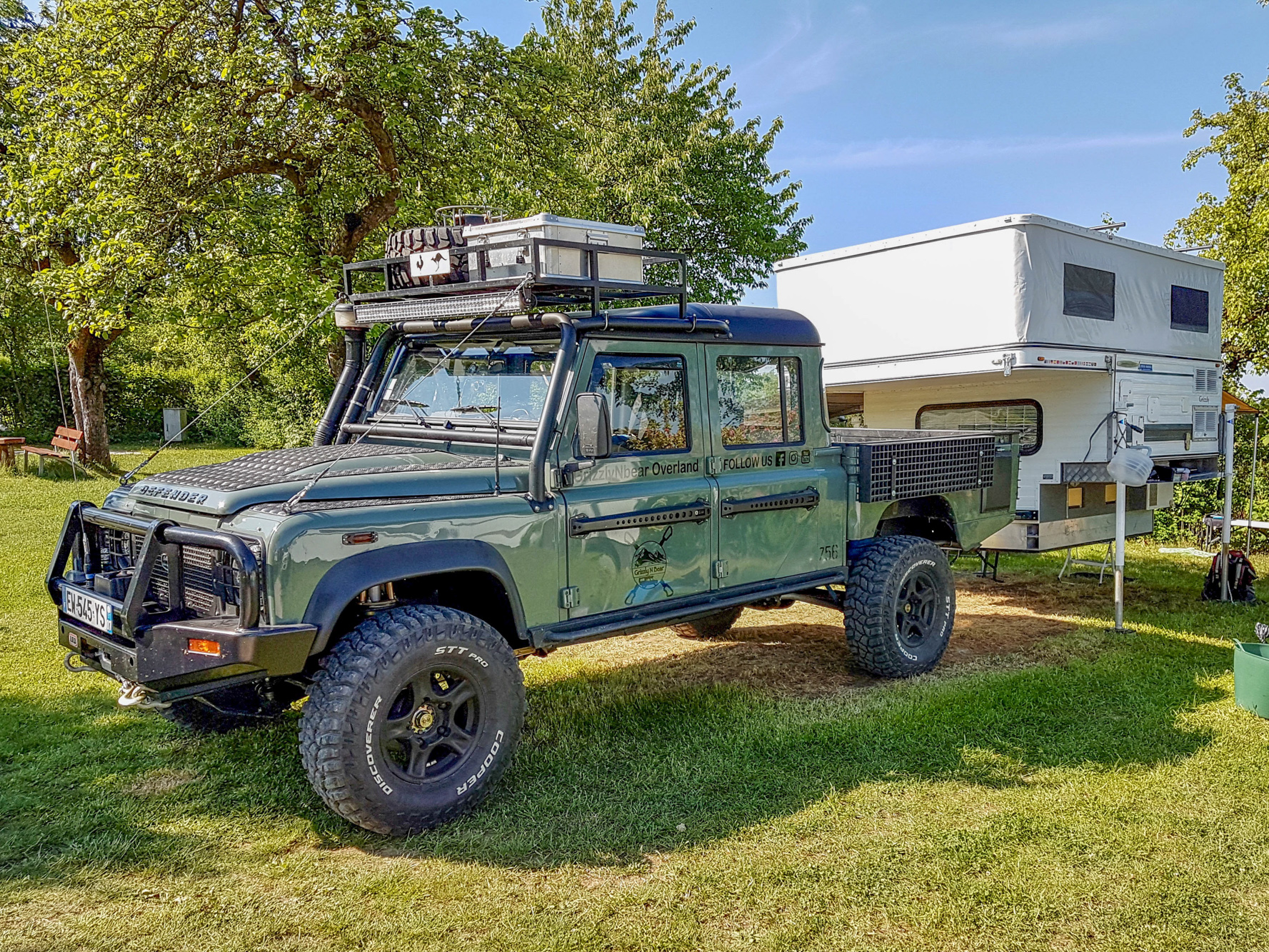 Tell us about your incredible Defender.

It’s a 2010 Land Rover Defender 130 with a 2.4-litre turbo-diesel engine and a demountable Four Wheel Camper body. I can vividly remember the first time I laid eyes on a Defender 90 at the age of 13. I told myself that one day I would have one of my own. Now that dream has become a reality, and this is our third Defender.

We love everything about the Defender and all that comes with it, including the extended family that only Defender owners can understand. I travelled Australia in a Toyota Land Cruiser but never once thought to flash my lights and wave like a maniac to another Land Cruiser coming the opposite direction. This is mandatory when you see another Defender. The Defender stands out in a crowd like no other vehicle, and we love it.

We average 20 miles per gallon with the car, but that can vary dramatically depending on the type of driving we are doing.

What are the current modifications?

When we bought it, the car was in quite bad condition. It was stripped to the chassis and rebuilt from the axles up. There is not much on it that has not been upgraded or modified to suit our needs. The list is as follows: 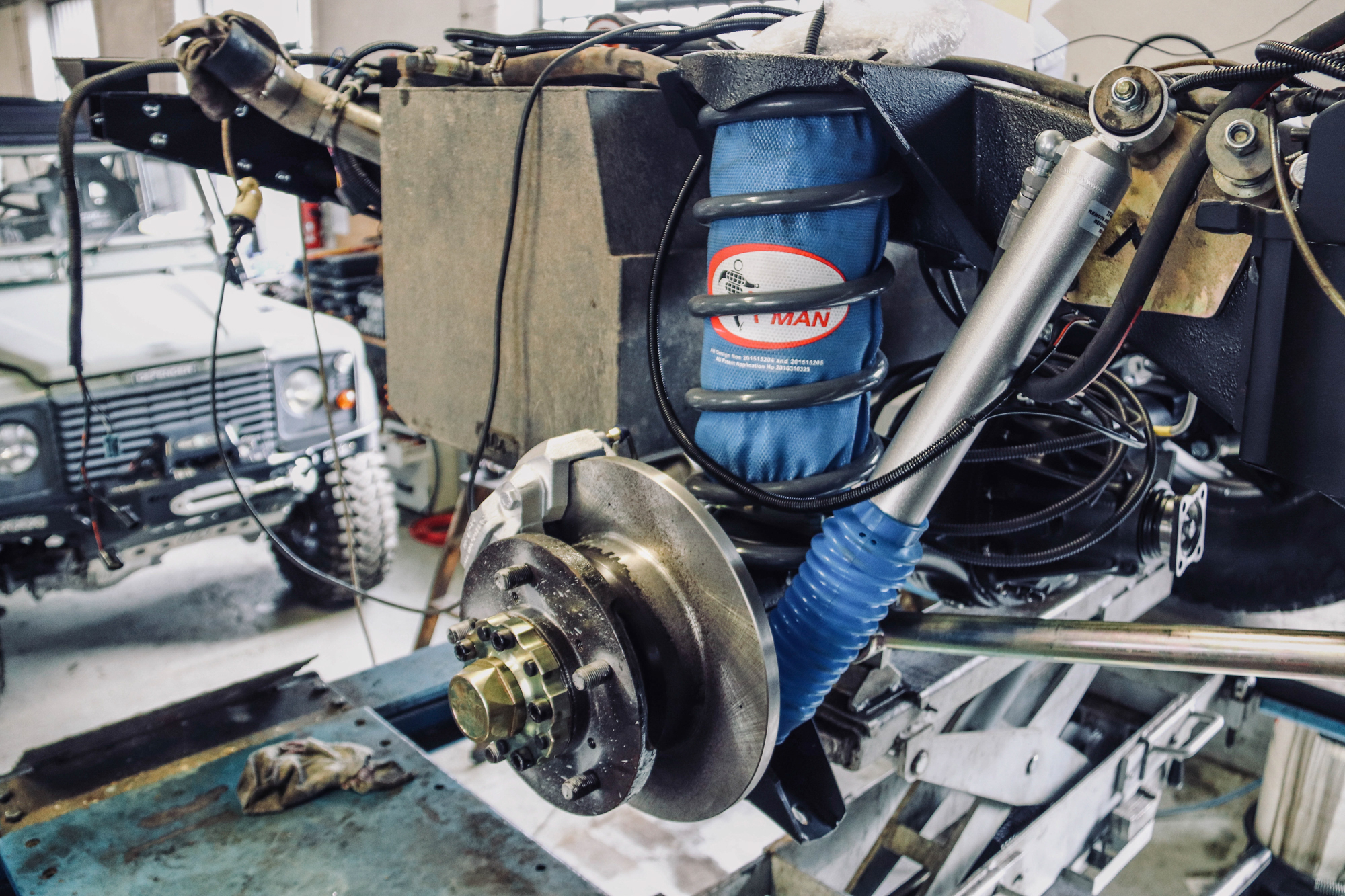 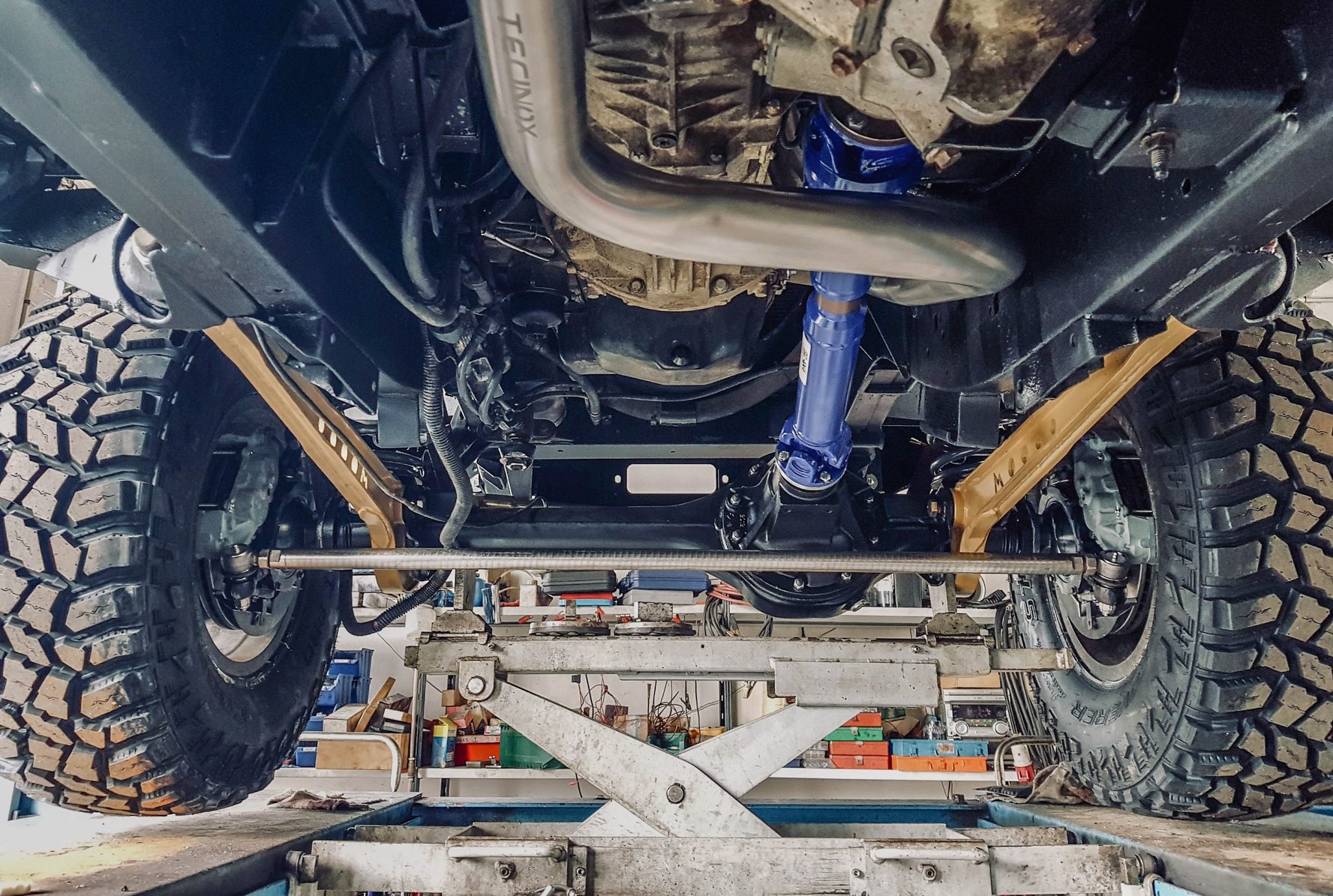 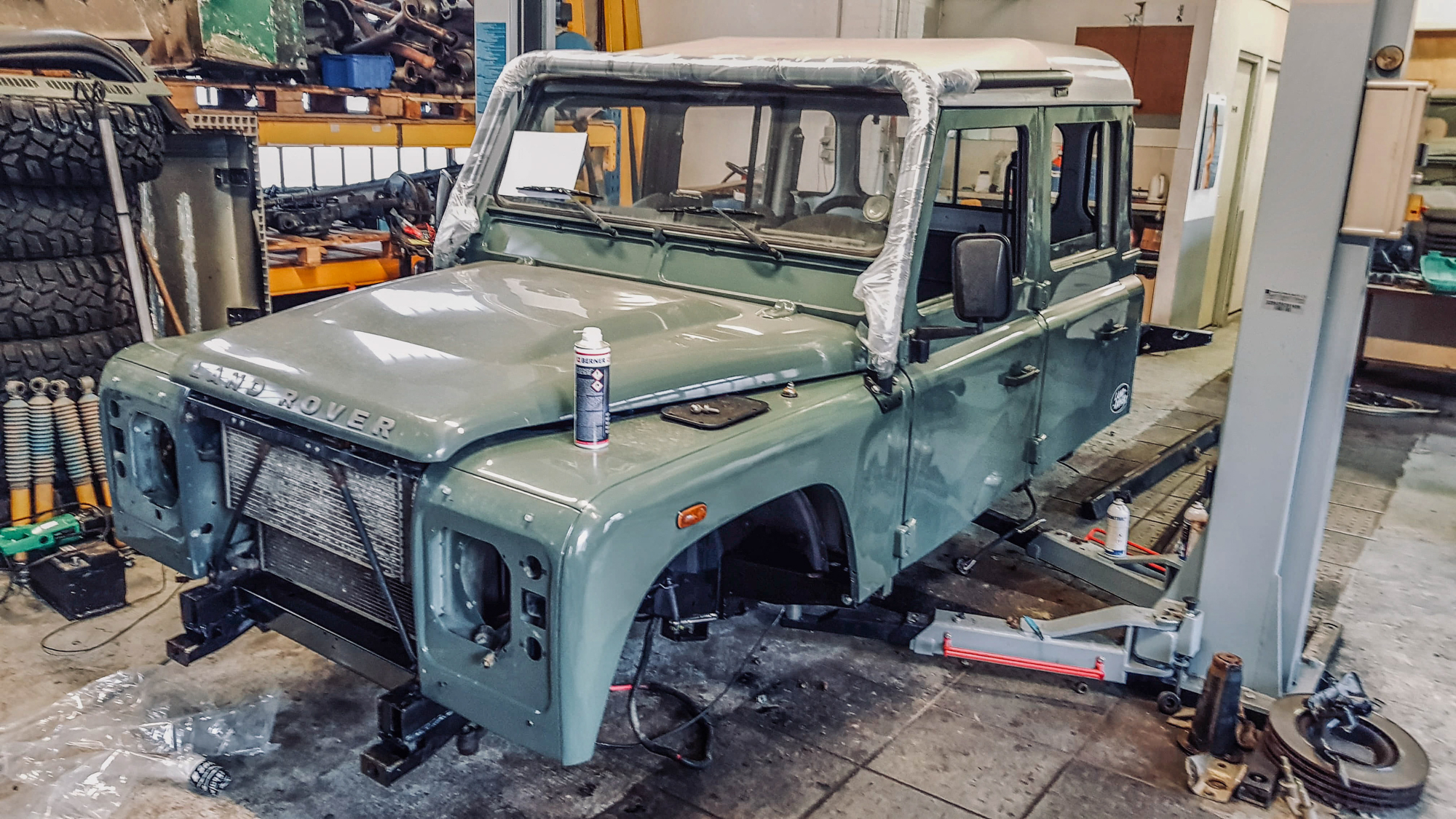 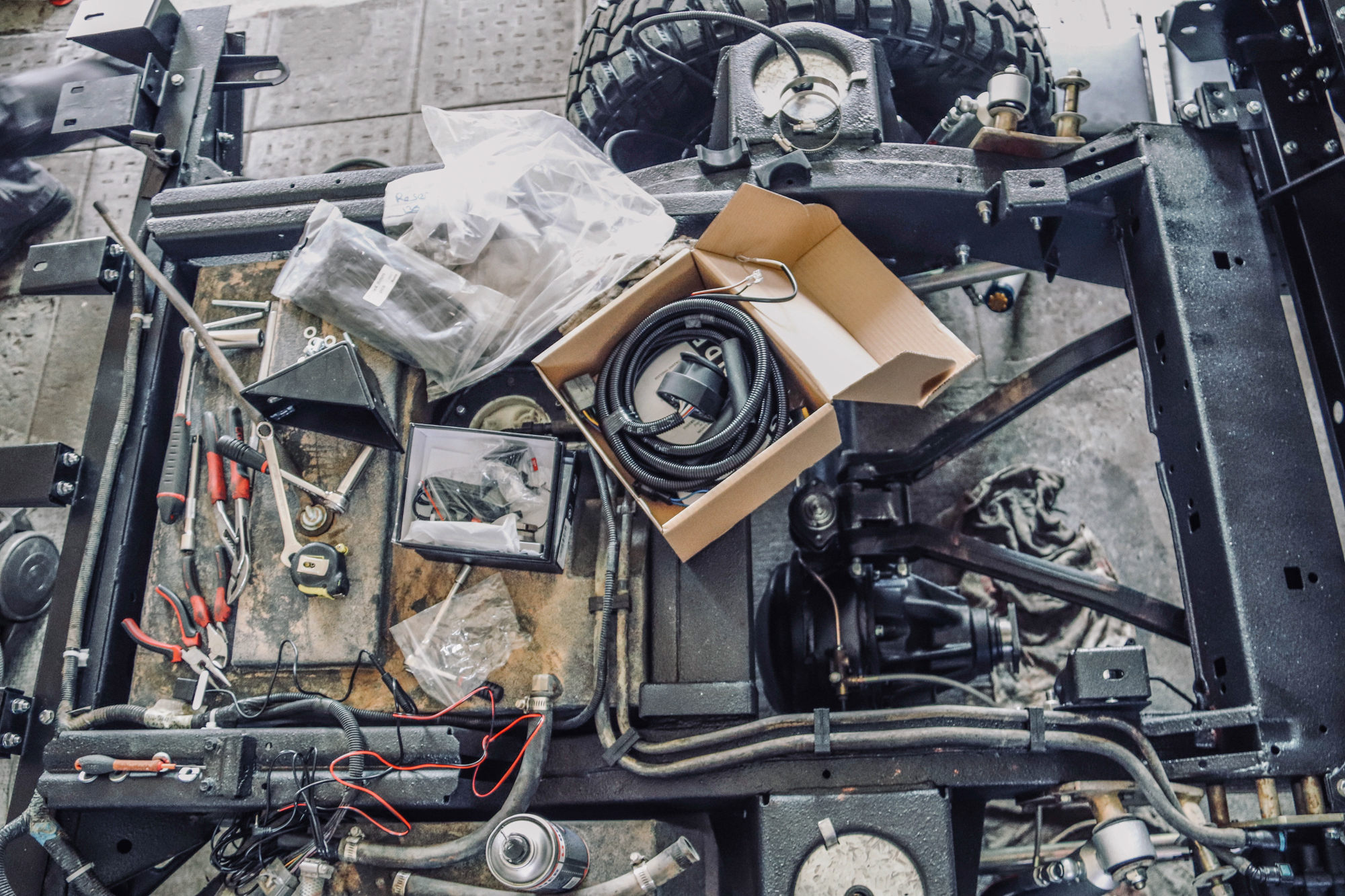 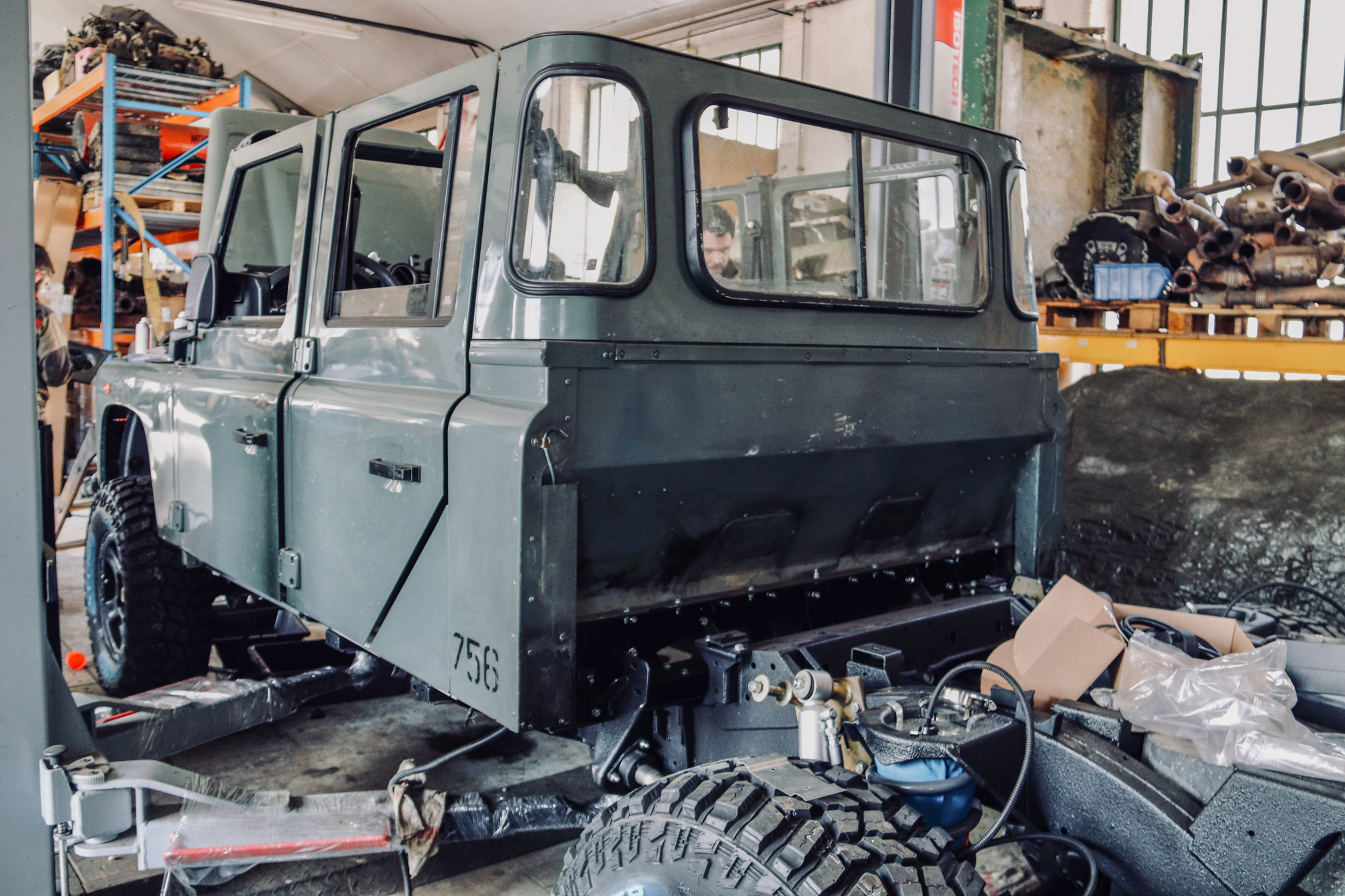 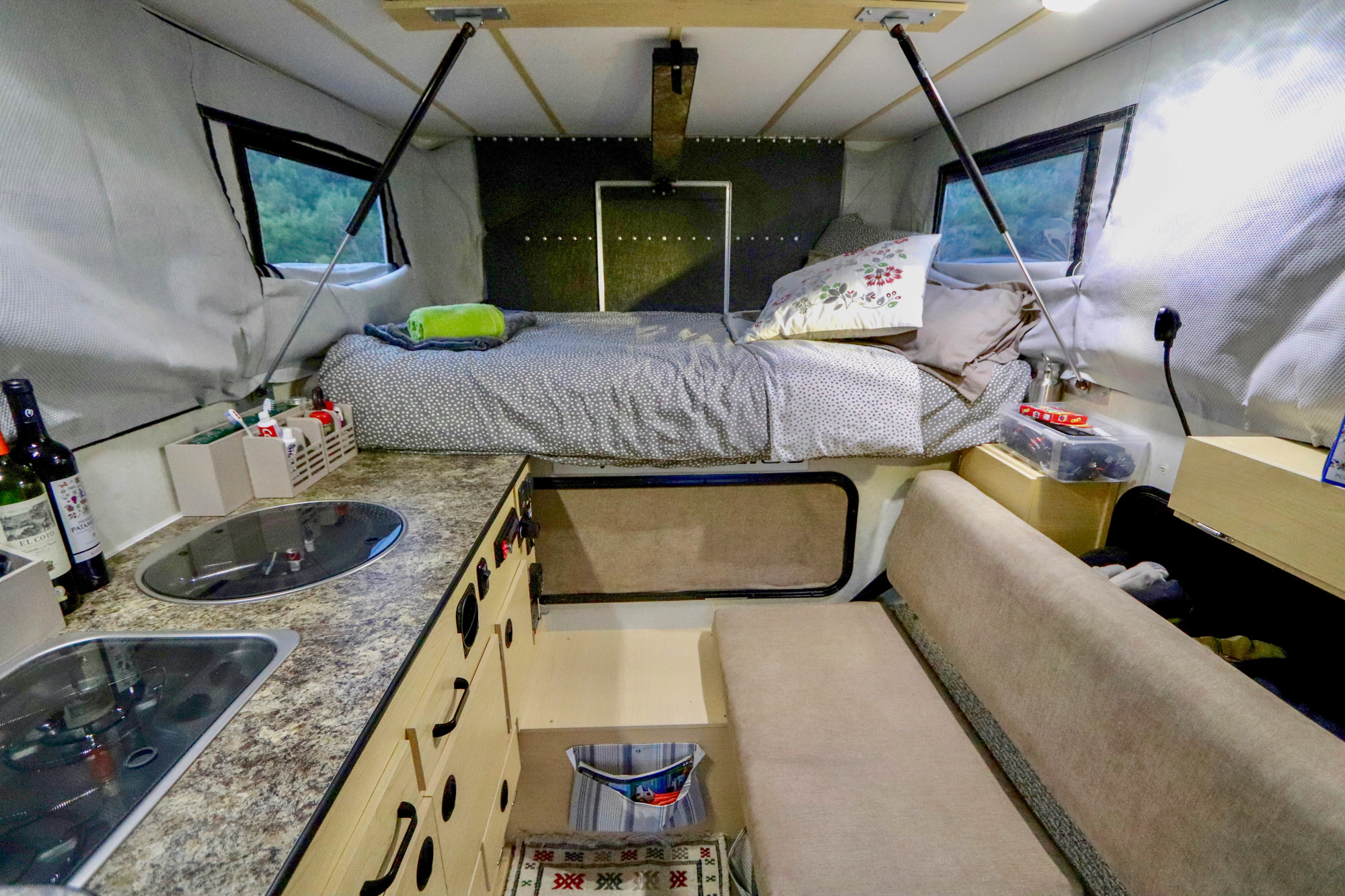 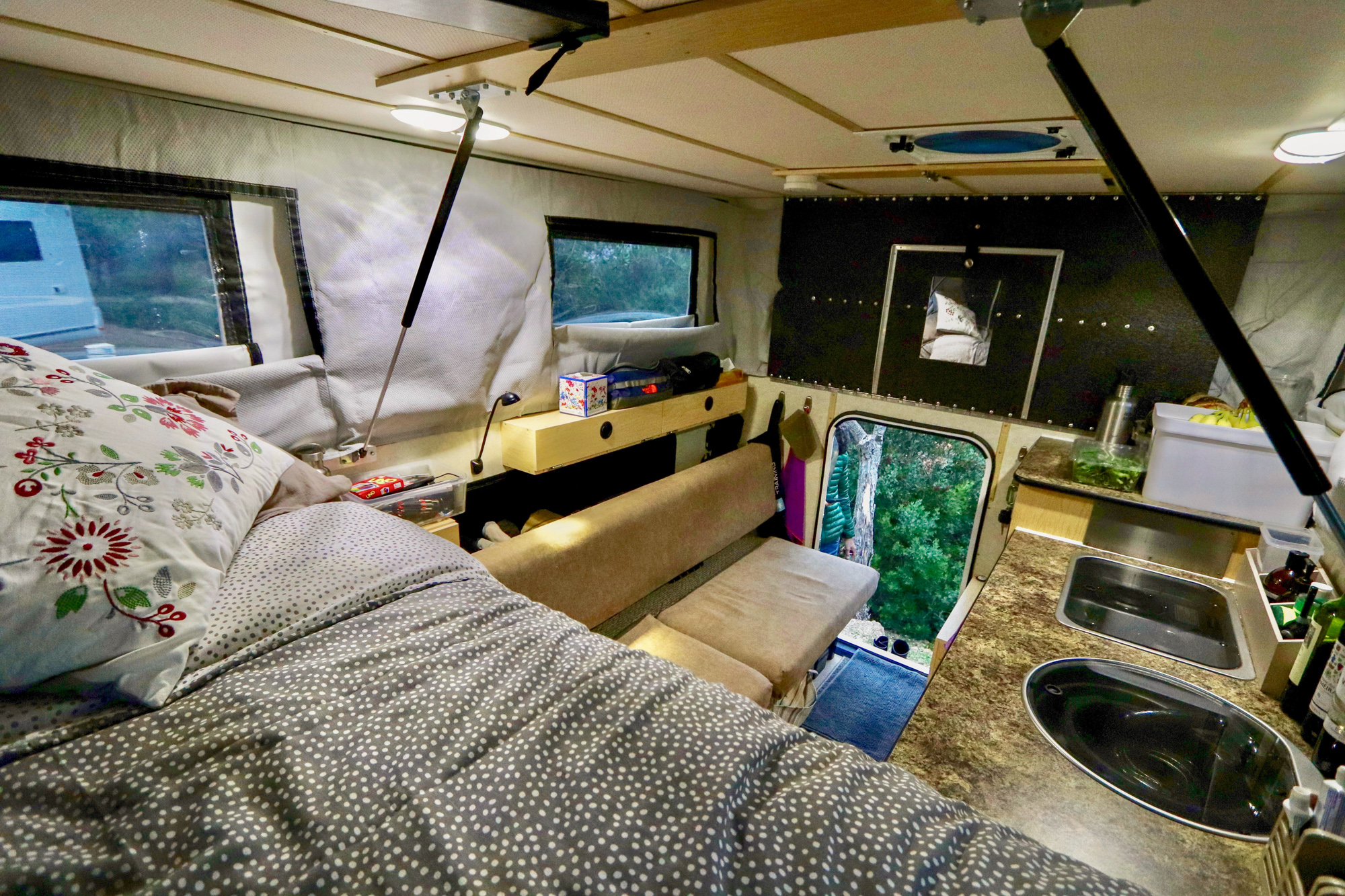 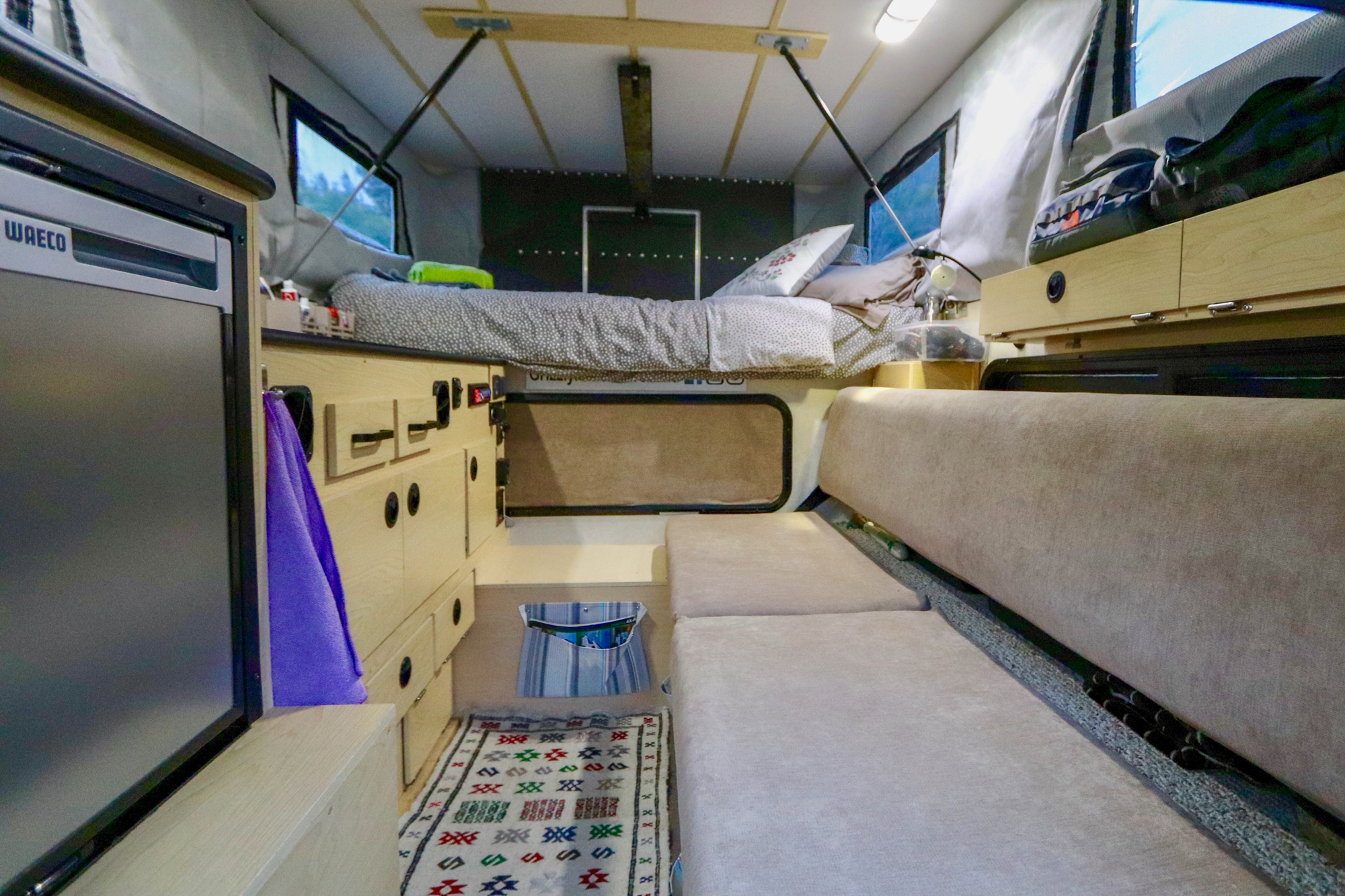 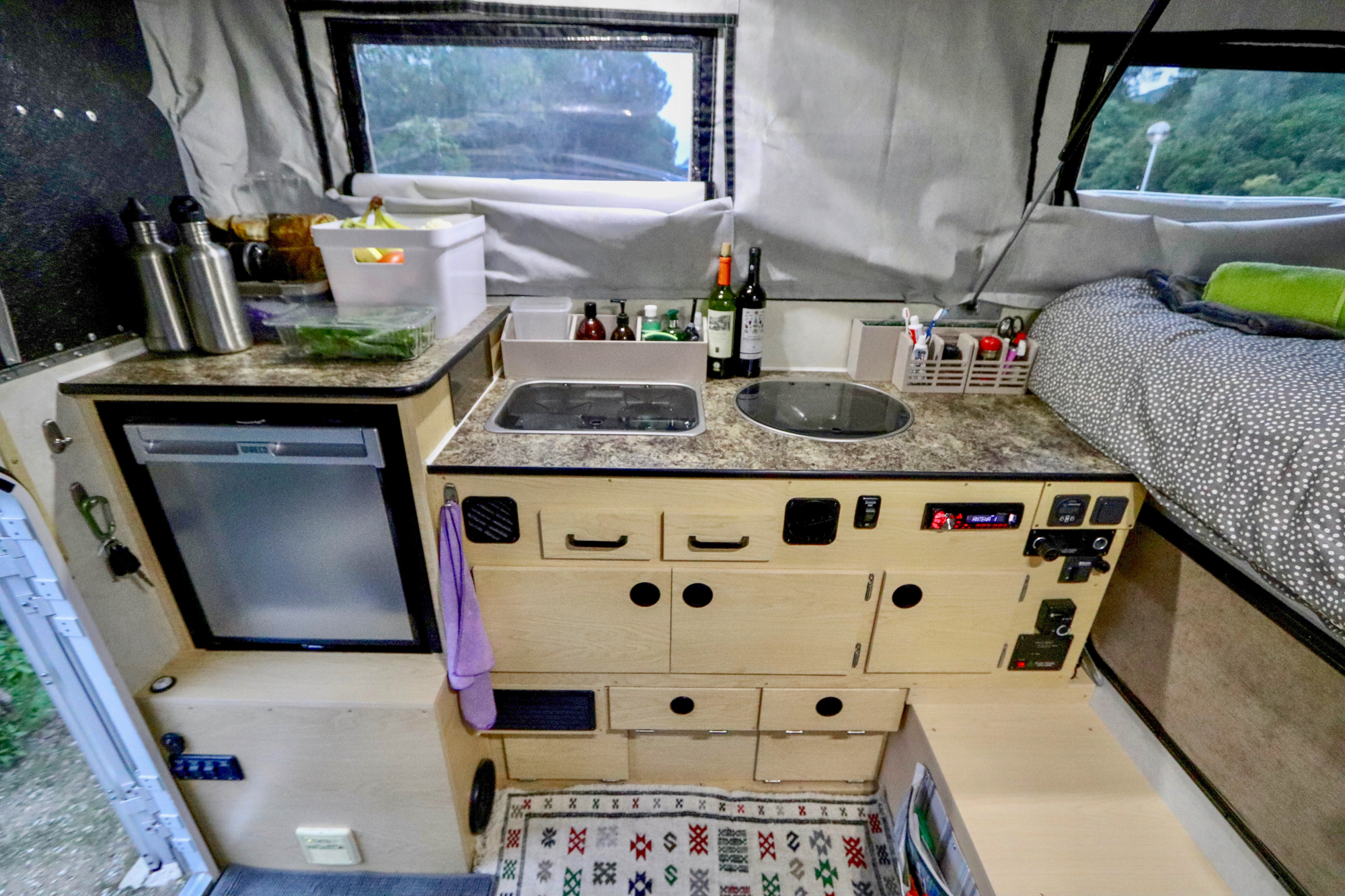 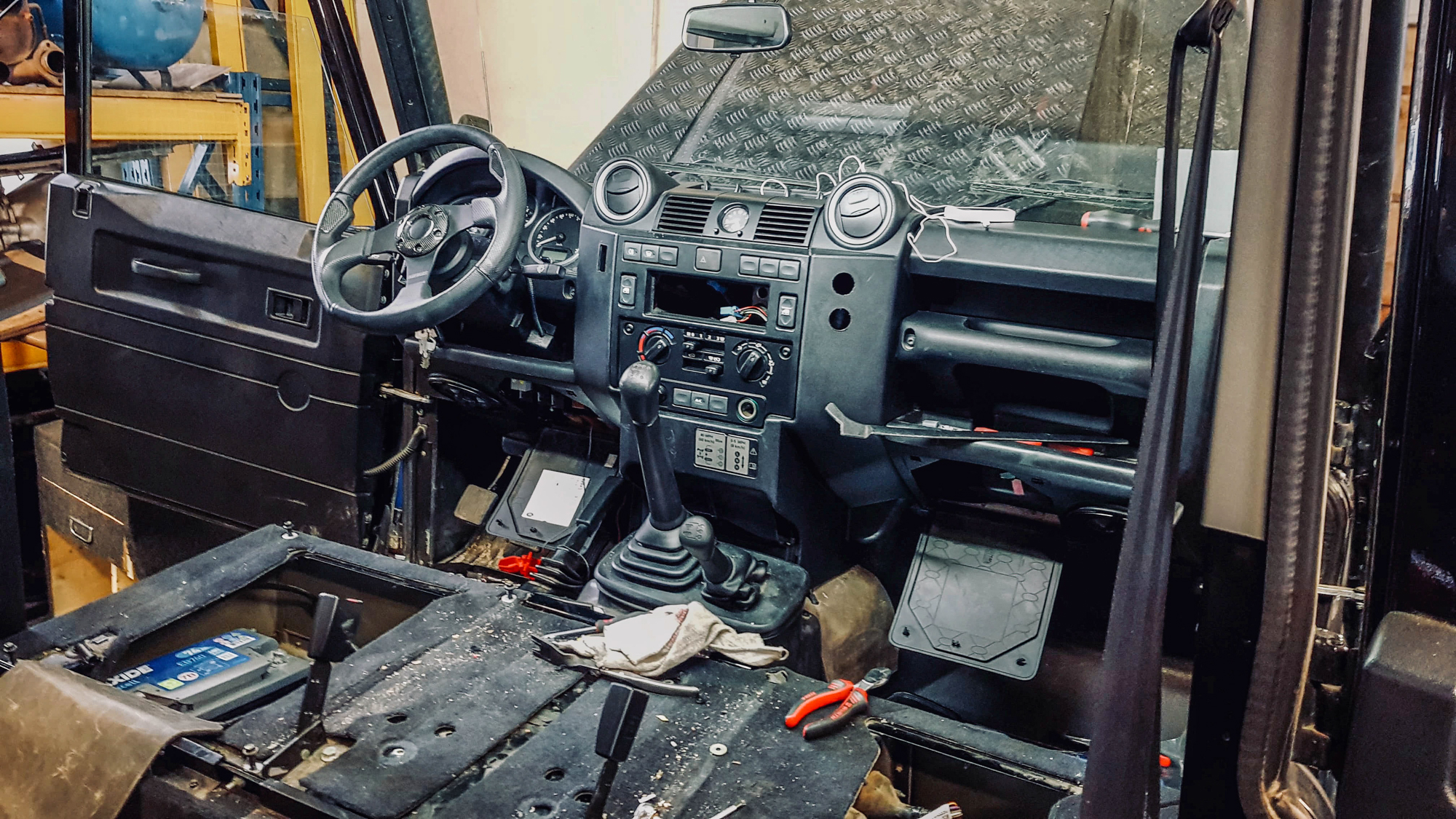 Anyone interested in the details can check out the full presentation video on the GrizzlyNbear Overland YouTube page or visit the Newman 4×4 Facebook page for detailed pictures of the entire rebuild.

Unfortunately, due to a head-on collision which was the result of a speeding truck, this is the second Defender we have rebuilt in the last 18 months. So, we can confidently say that there is not much we would change, having learnt so much from the first rebuild, we perfected all of the things we wanted to change in the second.

The only thing I would contemplate at some stage in the future is full air suspension. As our camper is removed from the Defender regularly, having completely adjustable suspension would be nice. 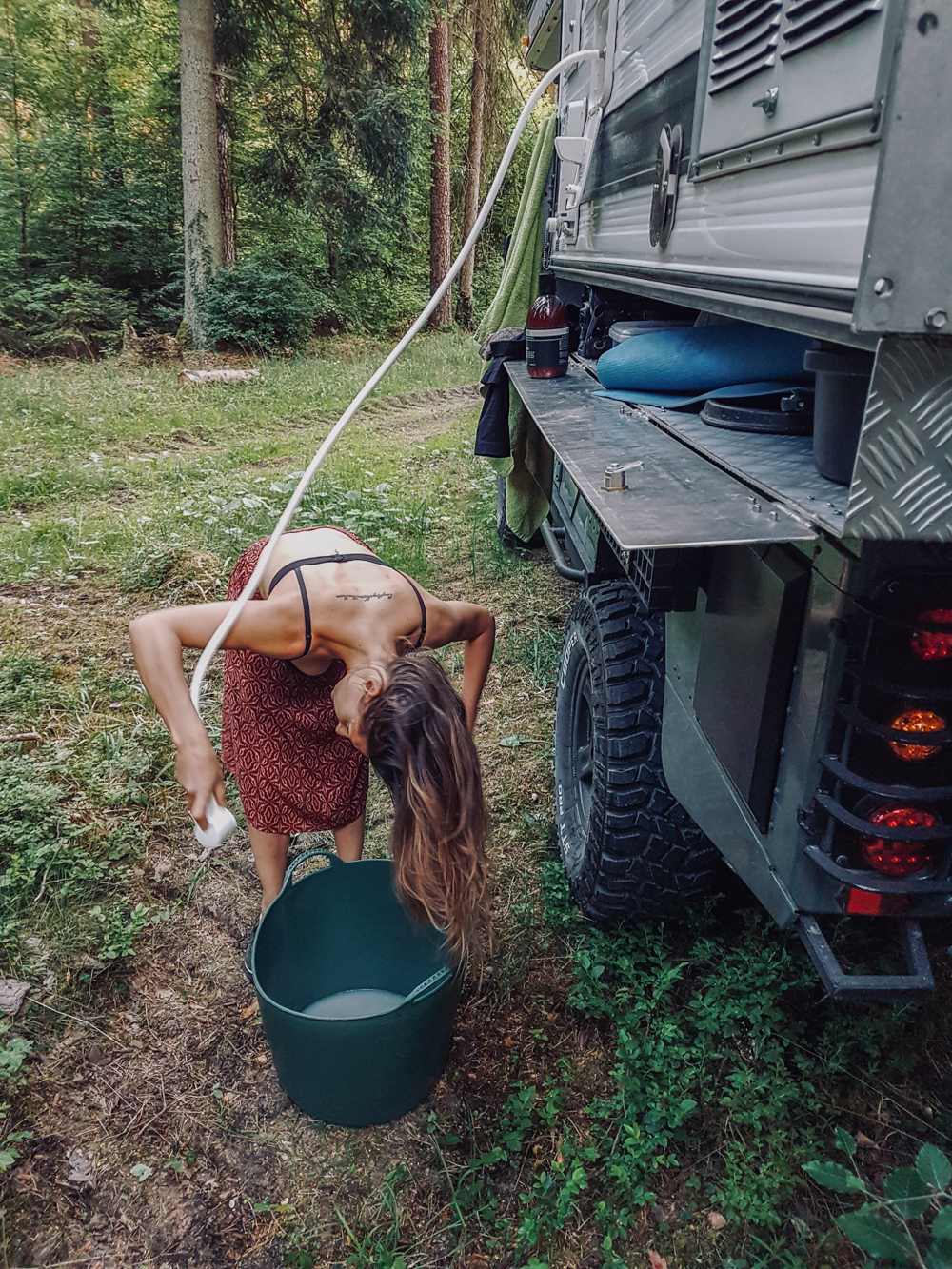 Owning a Defender can be a love/hate relationship that every Defender owner can relate to—the leaks, noise, and general quirkiness of each individual Defender which can only come from a history that involves every single vehicle being handmade right up until the production ceased in 2016. We wouldn’t change it for the world.

This amazing community that we feel so privileged to be a part of has taught us so much over the years, we would like to hope that through this interview and our activity on social media we can give back a little of what has been given to us.

If you have ever contemplated just packing up, getting in your car, and finding out where that road will take you, please don’t think about it too long and just commit. We cannot recommend this way of living highly enough. 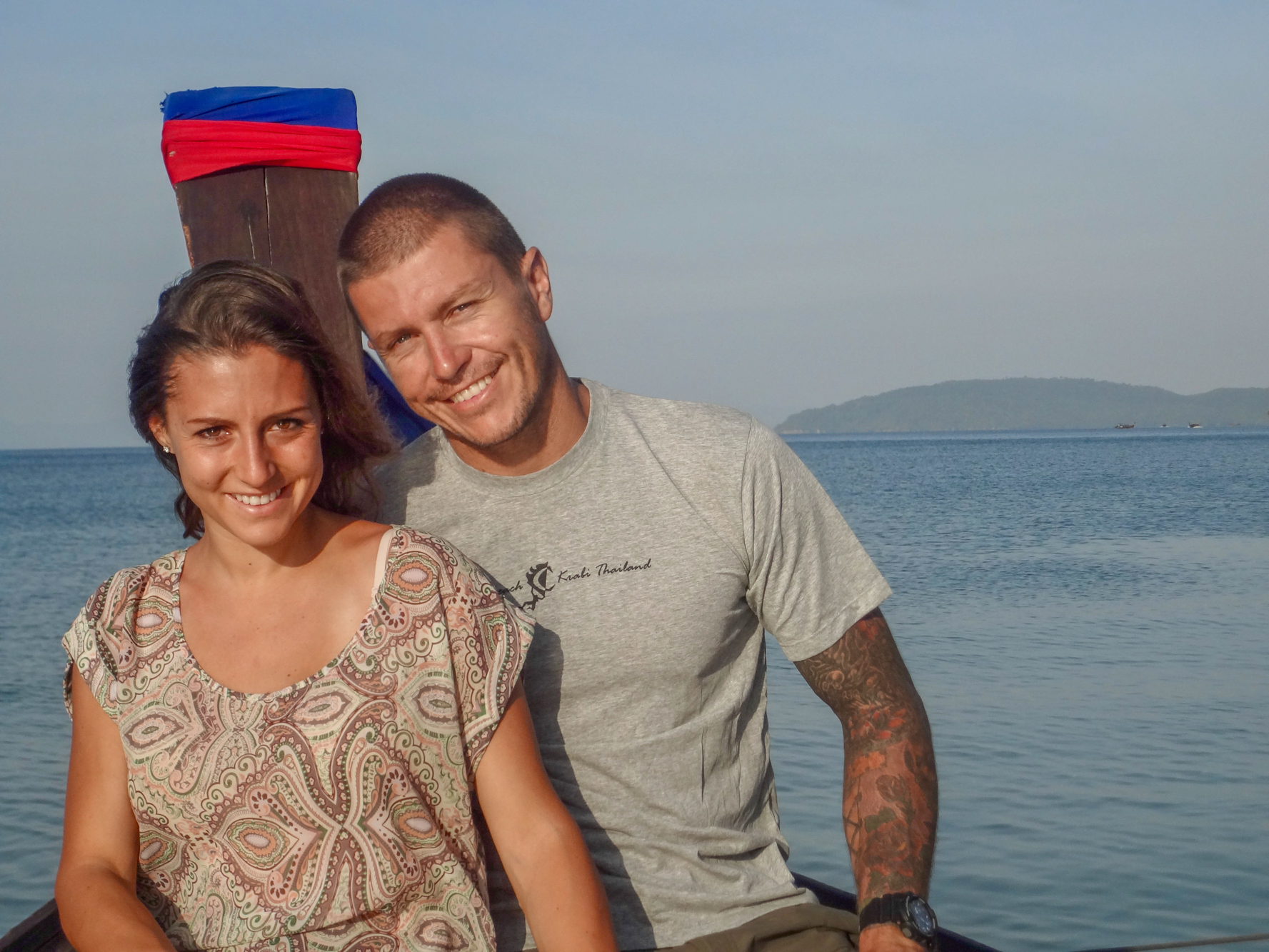