I remember not too long ago when the iPad was predicted to be the one device to rule them all. It was going to render the computer useless, replace the mobile phone, and make maps a thing of the past. It then became the perfect tool for playing Angry Birds. Go figure. The only thing the iPad did definitively was prove no device will ever do everything, but tablets can do far more than we thought possible just a couple years ago. Enter, the curiously named Earl Tablet.

The Earl tablet is specifically designed to meet the complex needs of the backcountry traveler with a list of features and functions as long as your arm. One of the most successful Kickstarter projects ever, more than 1800 backers have pledged over half a million dollars towards the Earl project. I will be the first to admit, it seems dubious that the Earl will live up to its claims. I guess we’ll soon find out as the first units begin shipping in February.

The Earl tablet is a revolutionary device using technologies specifically designed for outdoor use. The IR touchscreen interface was developed in conjunction with LG and is reportedly glove friendly and easy to read in all light conditions. The case is water and dust proof and built to endure the hard knocks associated with backcountry travel. So what does it do? Nearly everything.

One of the primary functions of the Earl is to provide users with refined navigational aids. Fitted with sensitive GPS capabilities including a powerful GLONASS chip, the Earl is as powerful as any of the consumer-grade GPS units on the market currently. The Earl can also be purchased with two options for preinstalled topographical maps, and is designed to work with a number of trail databases like the extensive everytrail.com collection. With more than 300,000 trails on that site alone, the Earl is a powerful resource.

Safe travel in the backcountry also requires a good evaluation of changing weather conditions. The Earl has a host of sensitive weather sensors to detect changes in temperature, humidity, barometric pressure, and even has a built-in micro anemometer to measure wind speed. The onboard weather sensors can be used to help anticipate incoming weather, but the built-in weather radio may be more effective. The Earl has AM, FM, Short Wave, and Long Wave radio receivers and a 1-watt speaker so you can tune into your favorite weather service channels. If that’s not impressive enough, it also has 2-way radio capabilities so you can use your Earl to communicate directly to those in the backcountry within a 20 mile radius. 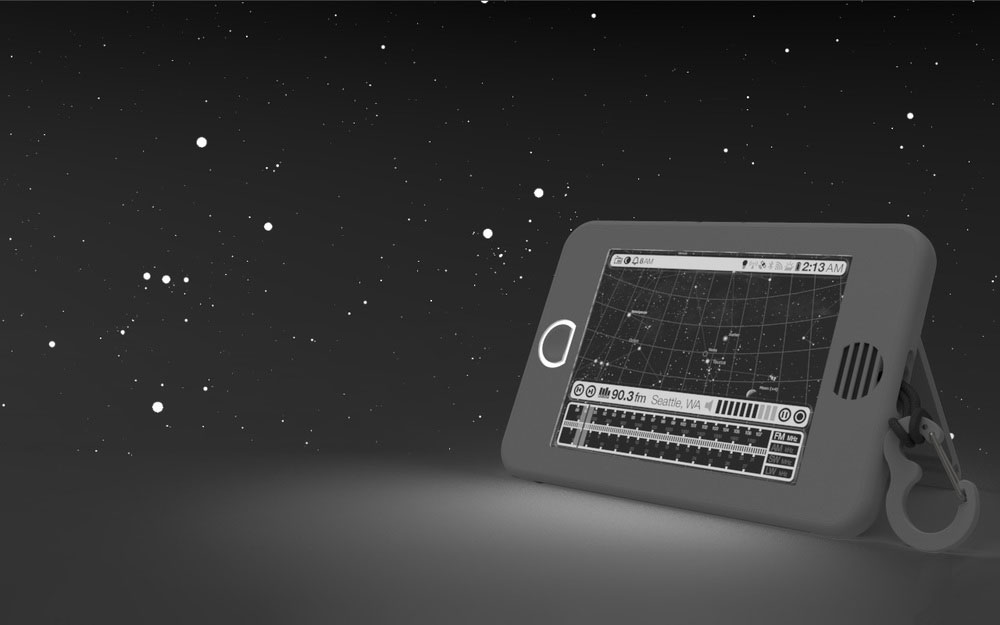 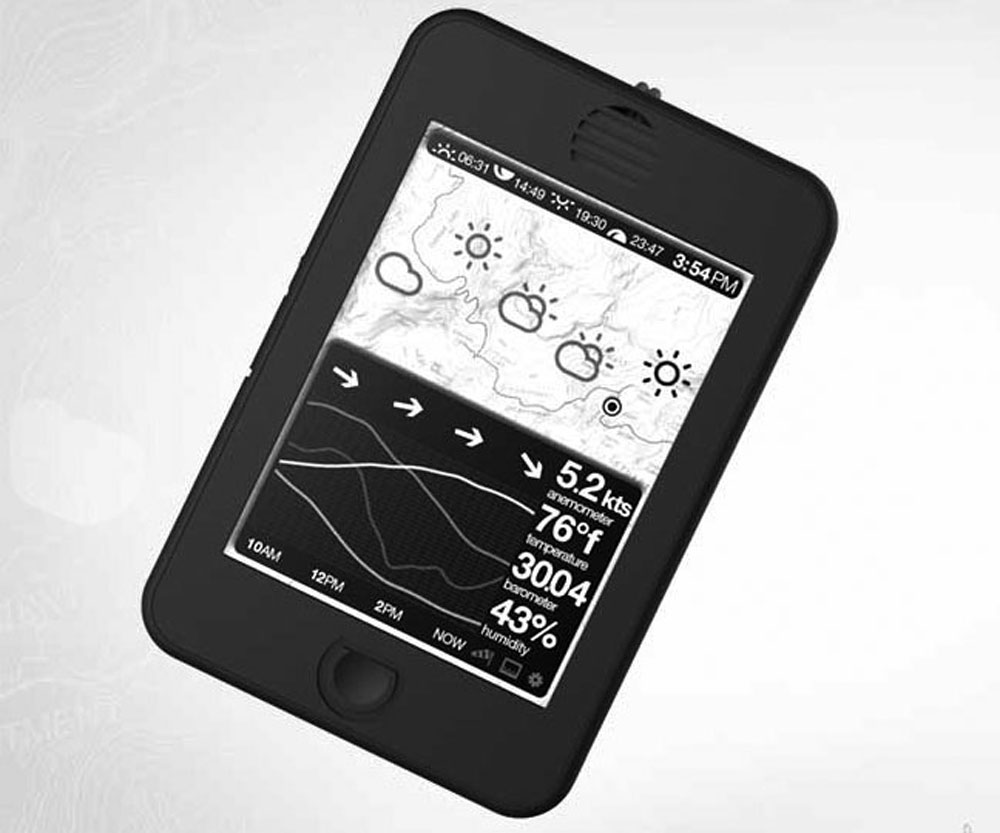 The Earl is also compatible with thousands of Android-based apps. This allows users to download survival tips, or instructional apps on how to tie knots, build fires, or signal for help. Those apps can work with the device’s many internal sensors like the accelerometer, gyroscope, and magnetometer.

None of this matters if you can’t keep the Earl powered up. The built-in solar panel is almost unbelievably efficient and can charge the Earl in as little as five hours. A full charge will keep the Earl functioning for up to 20 hours. The Earl can also be paired to any number of Bluetooth and ANT+ devices like heart rate monitors, mobile phones, and also has a USB and Micro SD port. It is also WiFi enabled and….well, the list goes on. What I find most incredible is the low $300 price tag.

It will be interesting to see how the first generation Earl performs. Expedition Portal is set to get one of the first units when they become available, so stay tuned for a full report. Not to say the iPad’s days are numbered, but the Earl can also be used for the most important of tablet duties, playing Angry Birds.