It seems like an utterly impossible concept; a consumer grade waterproof DSLR camera. Add to the lofty claims the ability to survive a drop from six feet and you have a product release that seems like it should have been announced on April, 1st. However, this is no joke and something we should have expected from the brand which first released a mass market underwater camera as far back as the ‘60s.

The Nikon 1 AW1 is a mirroless, interchangeable lens camera based on the already successful Nikon 1 J1 system. Nikon engineers simply augmented that platform with a host of robust seals and refinements making it capable of being submerged to depths down to 49 feet. Many manufacturers have found ways to make their cameras submersible, but have stopped short when it comes to underwater shooting prowess. The AW 1 has a custom white balance setting specifically designed to capture optimal images within the unique lighting conditions found below the water’s surface.

Outdoor enthusiasts will undoubtedly be drawn to the camera’s other features which include a built-in GPS receiver for automatic geotagging, an altimeter, depth gauge, electronic compass and horizon indicator. Those latter features may be a tad over the top and seem to fall into the “gee whiz” category, but who knows, maybe some shooters will have a use for those data metrics. More useful is the WiFi feature, something more consumers are demanding of even the most basic cameras. One smart accessory is the selection of rubberized skins to further protect the camera and lens as well as afford a better grip on this compact camera. 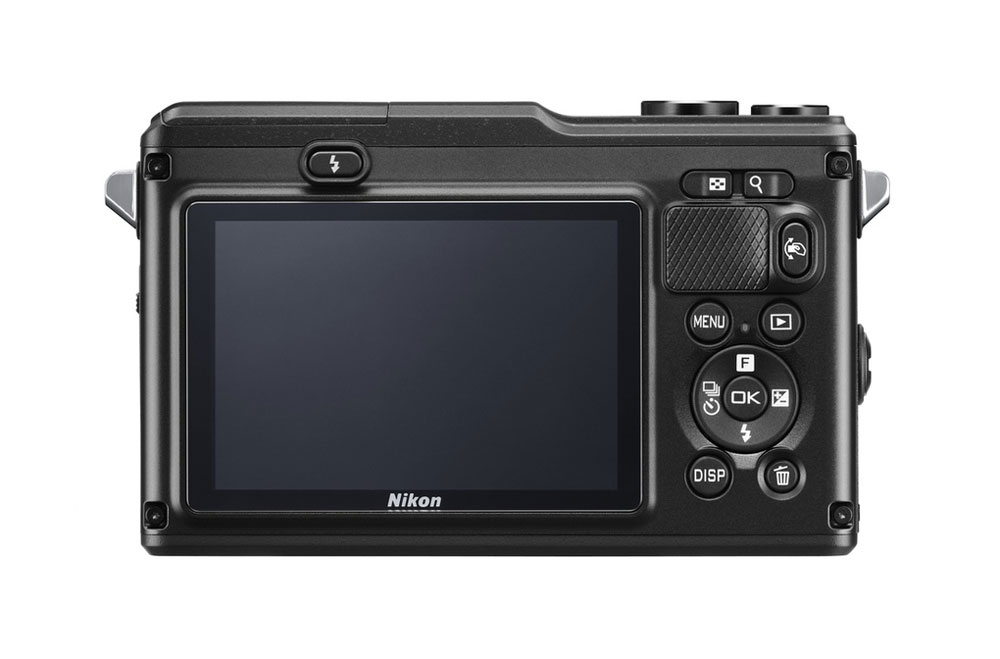 Critics of the AW 1 will bemoan the CX format and the smaller sensor, but at 14.1 megapixels the AW 1 should provide image quality sufficient for most shooters hoping to capture shots they might otherwise have missed. Capable of shooting stills at 15 frames per second as well as full 1080 HD video, the AW 1 is first and foremost about making sure the moment is captured. Along those lines, one of the finer attributes of the AW 1 is the speed and accuracy of the autofocus

At only $799 with the included 11-27.5mm f/3.5 zoom lens, it represents a reasonably good value when you consider it can also be paired to the other System 1 lenses in the Nikon line up, although they will not offer the full waterproof protection of the packaged lens. For overland travel, the Nikon AW 1 is an interesting option. For those moments when it’s best to keep your primary DSLR safely stowed in a protective case, the AW 1 can be deployed to grab the shot regardless of environmental conditions.