One of the best parts of attending Overland Expo each year is seeing all of the cool ideas from fellow enthusiasts. Expo West 2017 was certainly no exception, and showcased everything from massive campers to ingenious pocket tools, but one of our favorite products came from a NASA engineer named Bryant. It’s called the Deadman, and it is a ground anchor, tree strap, rock anchor, and work mat, all rolled into one piece of kit. 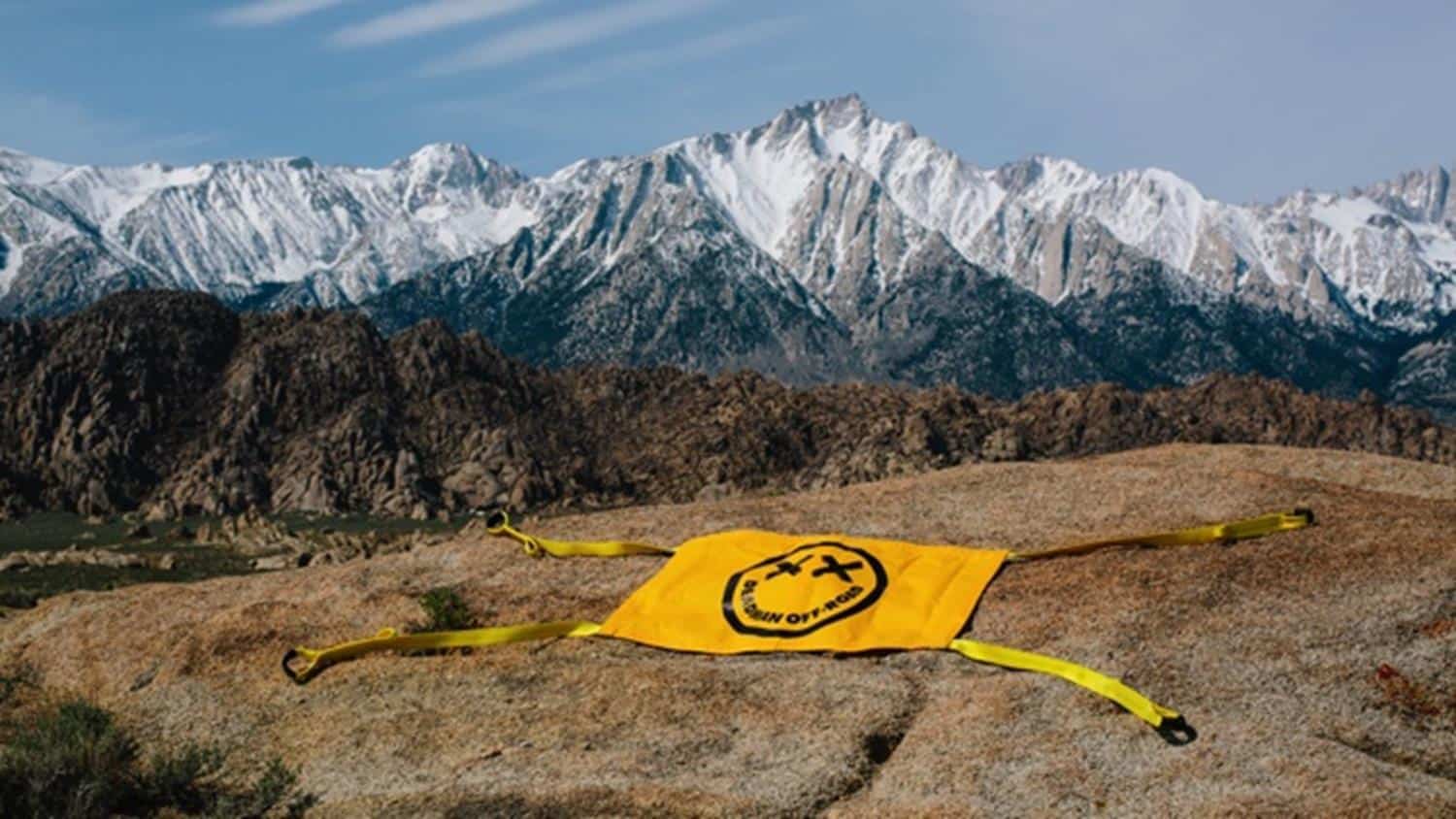 Like so many great products, it was born out of the inventor’s own needs. Bryant loved exploring the backcountry and running trails with his wife, four kids, and family dog, but that was becoming difficult in his Jeep JK. With the third row seat in, there was hardly enough room for basic recovery gear, not to mention a ground anchor. Rather than leave home without his equipment, Bryant decided to put his engineering degree to work by developing a product to save space, weight, and money. With the help of CEO and co-founder, Daniel Norwood, the Deadman was born just 18 months later. 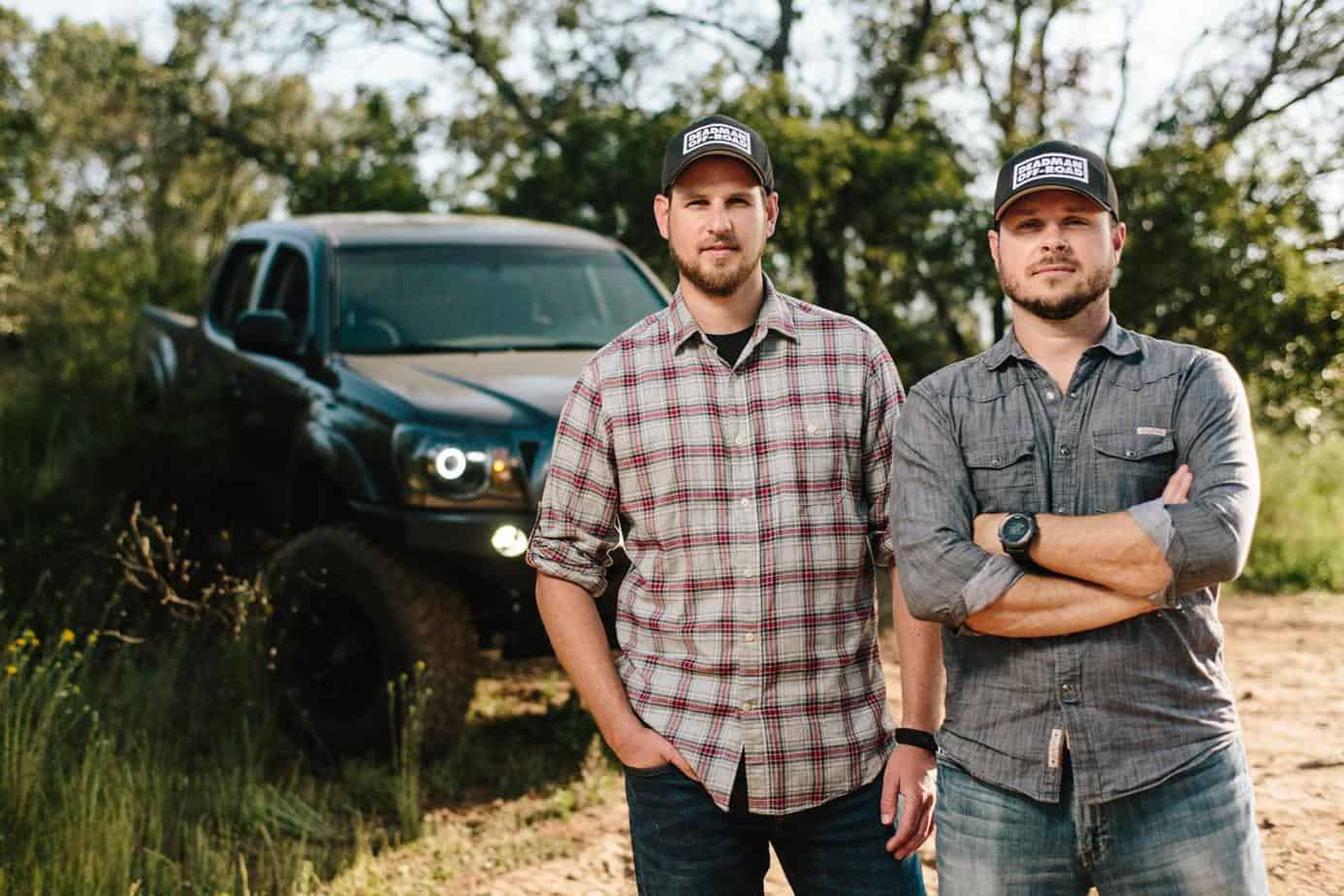 This versatile recovery tool weighs just 5 pounds and is compact enough to fit under a seat, but it’s far from delicate. It’s made in the U.S. from Class VII, industrial-grade 2-inch polyester sling webbing, with a minimum breaking strength of 19,600 pounds per line. There are two 15-inch lines in the Deadman, doubling that minimum breaking strength to almost 40,000 pounds in a straight pull, and twice that in a basket. The center area is an 18- ounce industrial vinyl tarp with a polyester scrim.

“It’s extremely durable, and stretches well when used around oddly shaped or jagged rocks. Our primary test unit has been wrapped around rocks, buried, and drug out from underground many, many times, and it’s still fine. Even the screen printing on the face is still intact.” 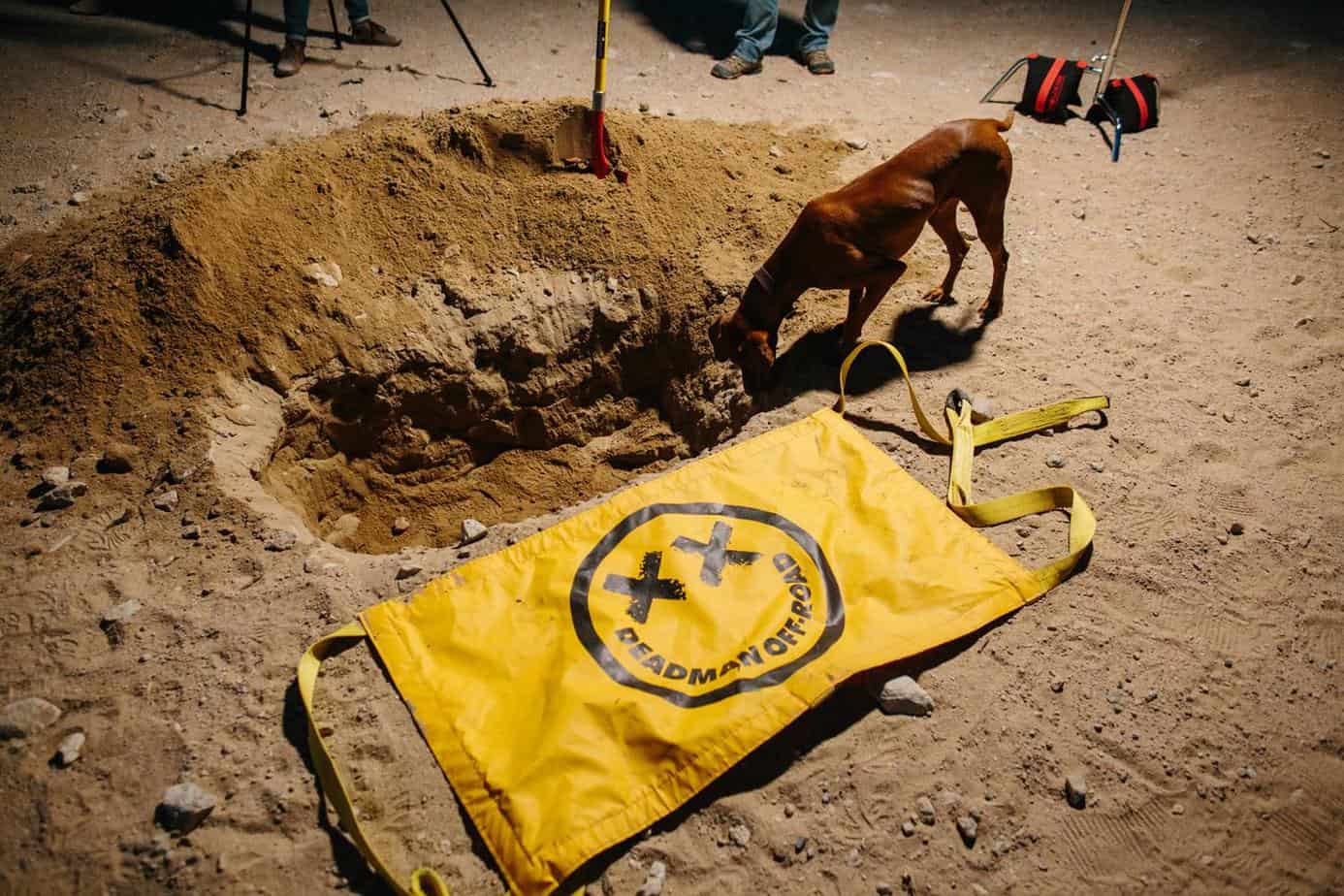 Of course, with a NASA engineer and a Fortune 100 software director at the helm, it’s no surprise that this product went through some strenuous testing. In order to rate load capacity as a ground anchor, their team buried the Deadman in different depths of soft sand and measured how much force it could hold. At 36 inches, it yielded a 7,100-pound peak and 6,100 pounds of sustained force (i.e. as the soil around the Deadman began to give way, the Deadman still provided 6,100 pounds sustained). They then buried it in 24 inches of the same sand, and measured 2,600/2,200 pounds.

“We even did a side-by-side test with a stock spare tire in a 30-inch hole, and found that the Deadman delivered almost two times the capacity at the same depth. Furthermore, we’ve learned that the Deadman’s capacity is dependent on soil density. In hardpack, it can be buried in a shallower hole (relative to soft sand) to achieve the same capacity. This is because the Deadman acts as a hook in the soil instead of a simple sandbag/parachute, thus the force required to break through the surrounding soil is greater in hardpack.” 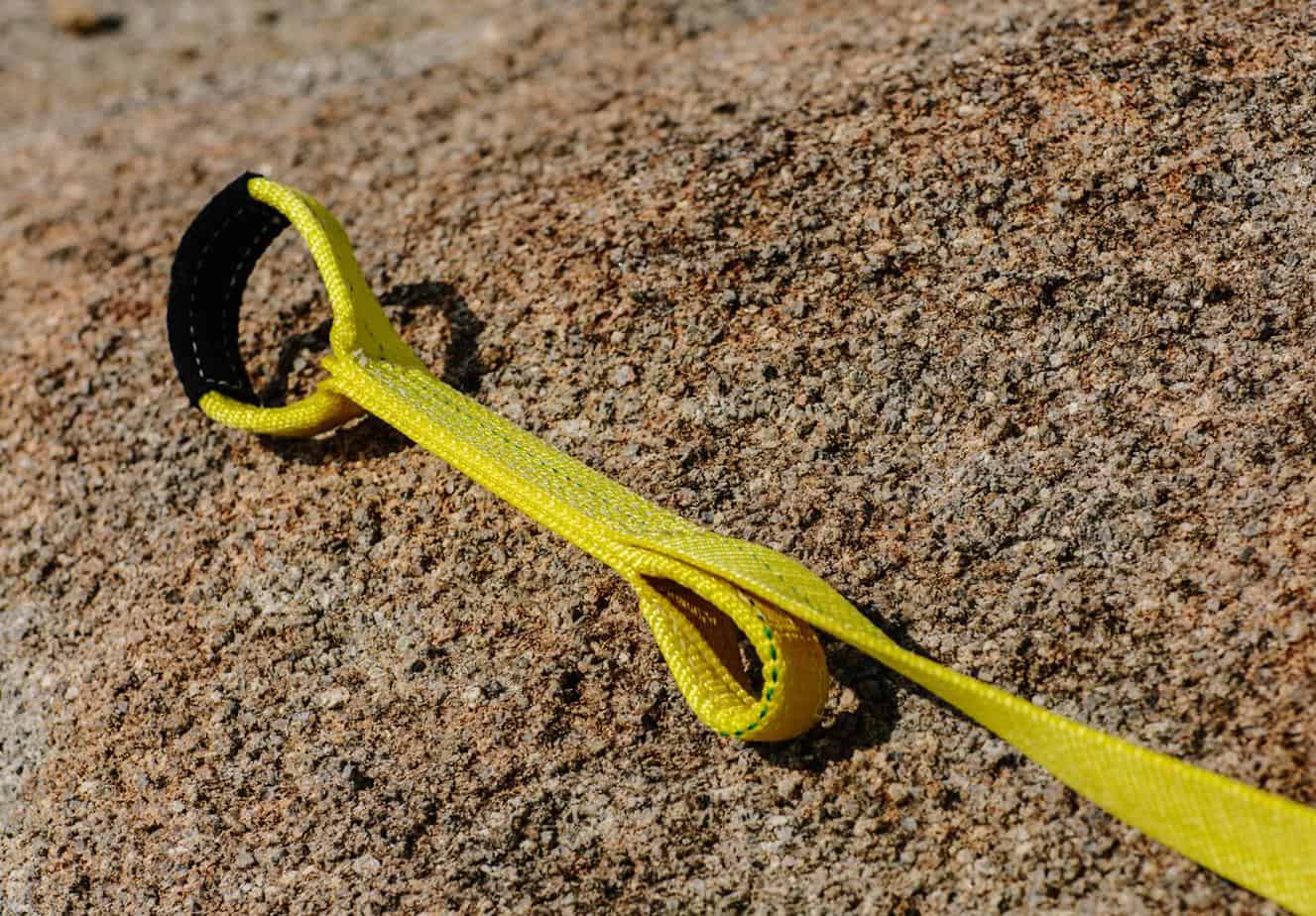 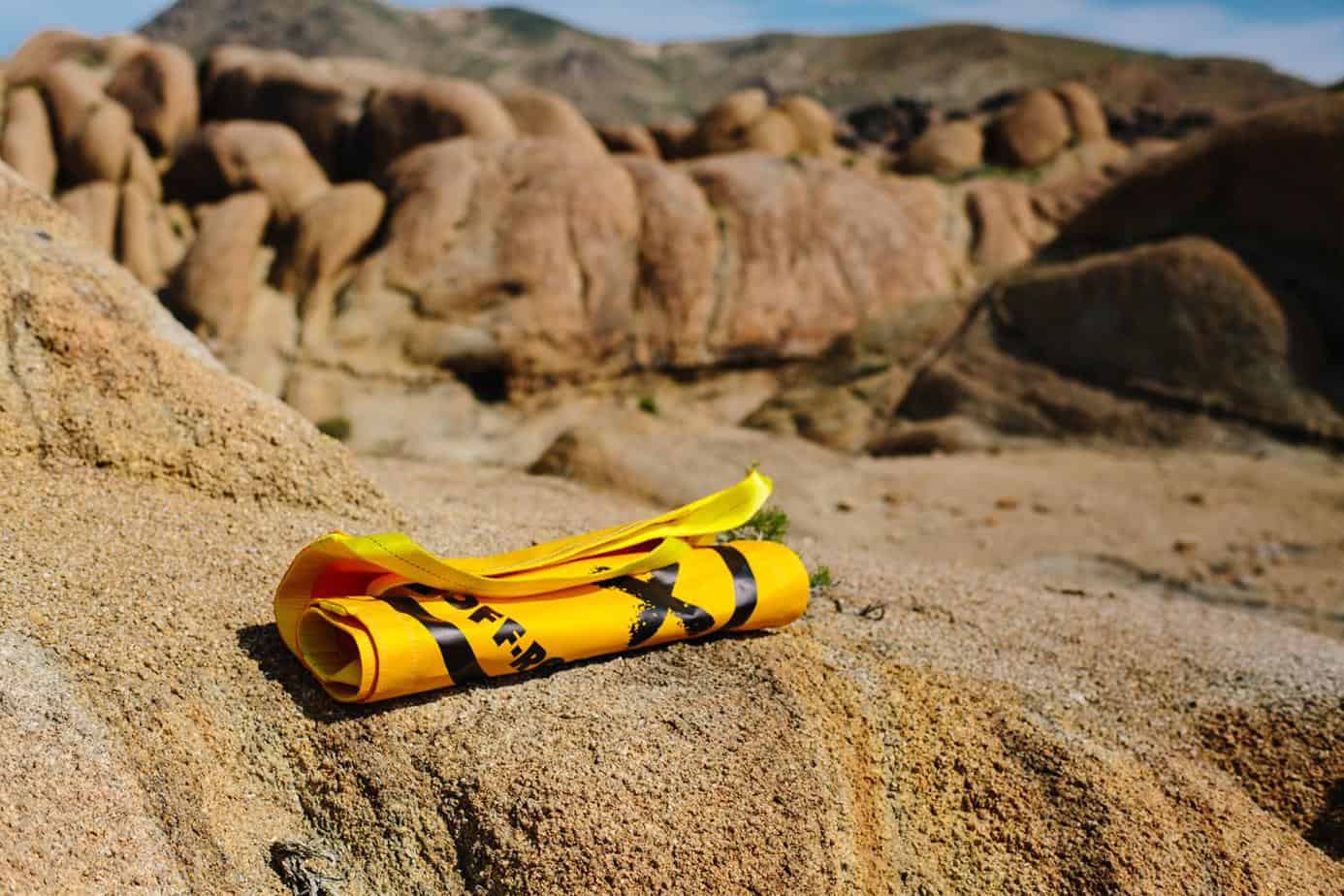 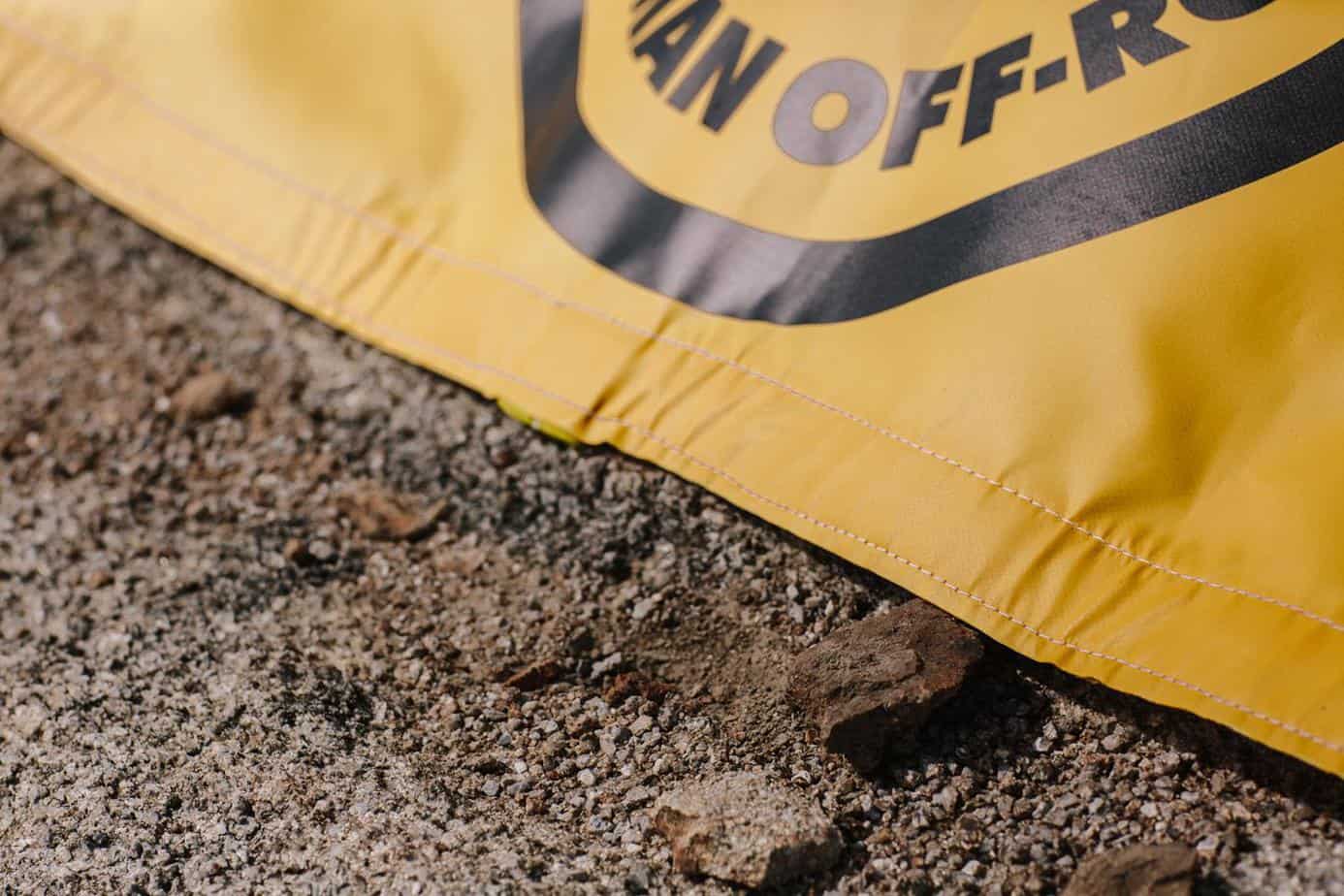 All right, so it’s a good ground anchor and tree saver, but what else can it be used for? Thus far, their team has seen it put to use as a mat for working under the vehicle, a radiator screen for deep water crossings, an abrasion guard for winching, a fluid catch, a hammock, and a number of other things.

“It’s been fun to see what the community has come up with, and I’m sure there are many more uses!” 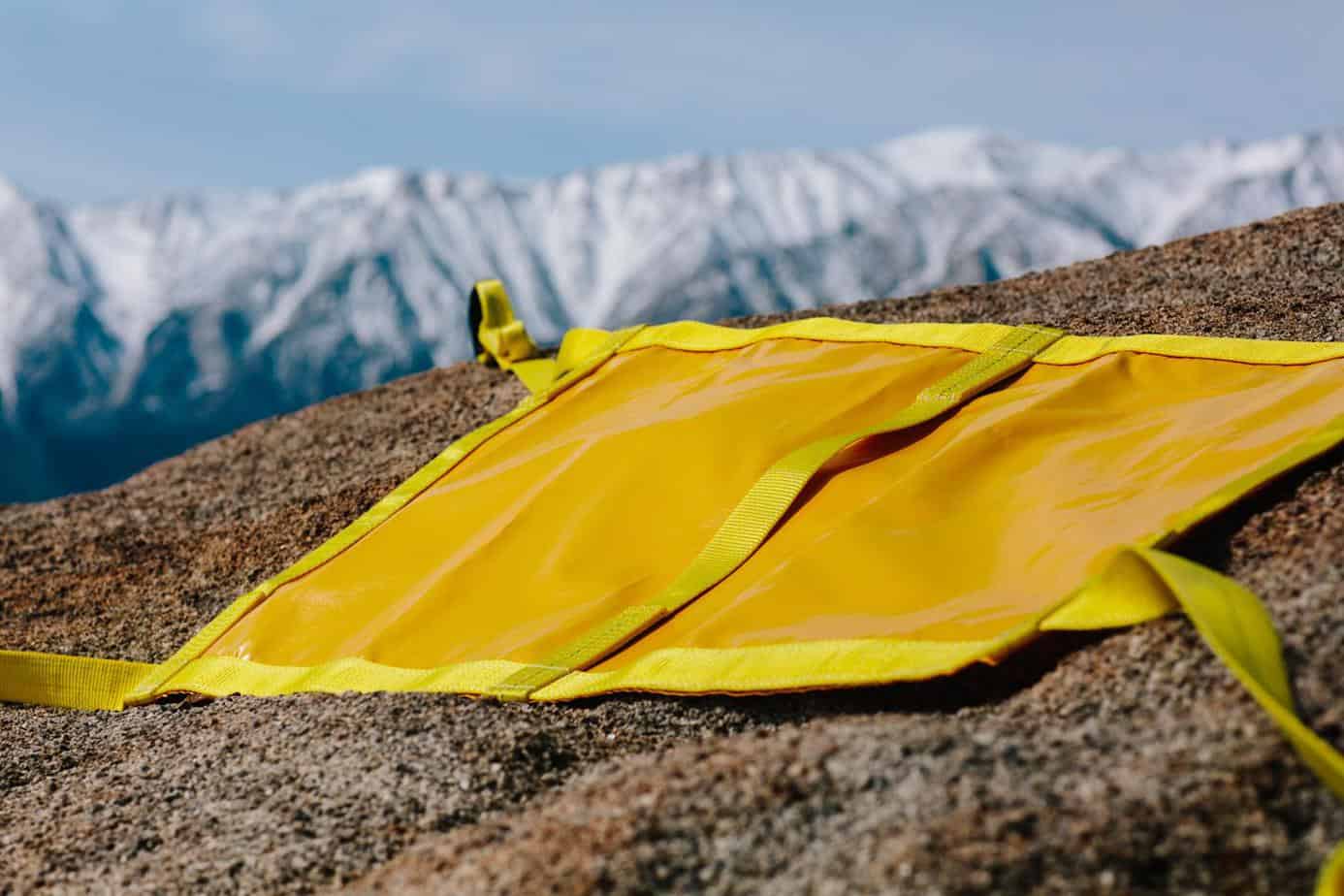 While we generally don’t like to cover kickstarter projects on Expedition Portal, meeting the owners and seeing this product in person made us confident that these guys are the real deal. Their page is packed with details, photos, and fun videos of the Deadman in use. The retail price is set to unveil around $189 USD, but their early adopter prices have been discounted, and include cool schwag like a blacked-out Krazy Beaver Tools shovel. At the time of this article, their team is just a few hundred dollars away from their goal, so be sure to check it out here! 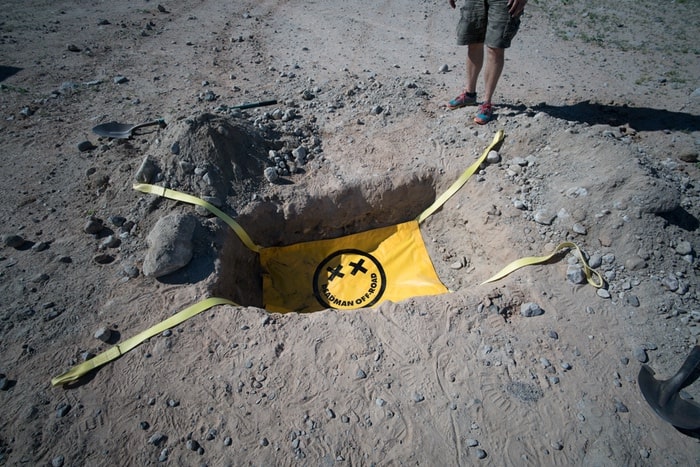 Sailing Alone Around The World: A Personal Account Of ...
by Joshua Slocum
From $26 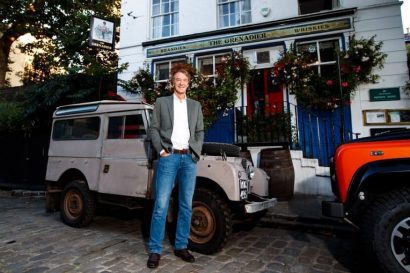 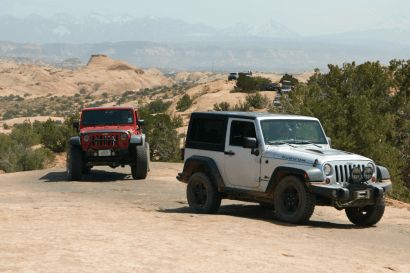 Jeep Wrangler, Then and Now 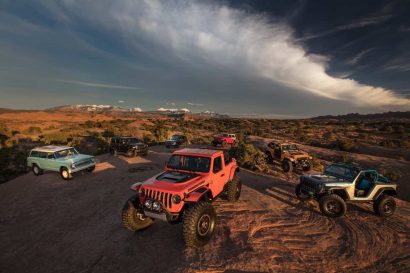