Here is your daily digit: Apple sold more than 33 million iPhones in just the last three months alone. I contributed to that number myself having just picked up an iPhone 5s, which I truly love. What I don’t like is the replacement price should I break it, and that’s even with the expensive insurance. Because I use my phone for everything, including use in the backcountry, I simply have to protect it as best I can. This time around I blew past all of the usual cases and strait towards Ballistic’s new Hydra Series case.

Ballistic clearly started this design project by addressing the list of common complaints users have had with other waterproof phone cases. Most are bulky, deaden the sensitivity of the touchscreen, lack ports for headphones, or stifle the speaker volume to the point of rendering it useless. The worst offense for some waterproof cases is a failure to, well, fend off water. When testing the Ballistic Hydra case I tried to keep my expectations within reason. I have to say, although it’s only been a few weeks since I started using it, I’m more than impressed.

The Hydra case is a three part system with a back panel, a clear plastic screen protector with full rubber seal, and a front panel with rubberized closures. At the bottom of the case is a pair of sealed plugs, one for the headphone jack, and the other for the charging port. Naturally, these plugs cannot be used in a wet environment, but they greatly add to the ease of use. The case does come with a belt-clip, and a very nice one at that, but I’m not really a belt-clip kinda dude, so that will likely go unused. It is nice that unlike the Lifeproof case, the clip is included and not an additional $30 expense.

Waterproof to 7 feet for up to 30 minutes, the Hydra also fends off dust and is claimed to survive drops up to 8 feet. The polycarbonate screen protector rests snugly against the phone and provides amazingly sensitive control of the touchscreen. That may be the most noteworthy feature of the Hydra. Not only does it afford full control of the touchscreen, it also doesn’t detract from the phone’s beautiful color display. The buttons give tactile feedback and don’t require any unusual pressure to activate, and the headphone and charging ports are easy to open and close. It is without a doubt, the best waterproof smartphone case on the market.

Just because something is good, or even great, that doesn’t mean it’s perfect. If I had one minor grouse, it would be with the raised rubberized edges along the outer perimeter of the screen. I realize that ridge is there to serve as an impact bumper to safeguard the screen, but it does get in the way when using the Qwerty keyboard. Not enough to be a deal breaker, but it takes some getting used to. That…might be my only grievance.

I used to think $70 for a phone case was egregiously expensive, but it’s a pittance when compared to the $700 replacement cost of a phone, or the $150 deductible if you happen to have insurance. More to the point, if you use your phone as a backcountry tool, it greatly reduces the risk of that tool being destroyed in use. 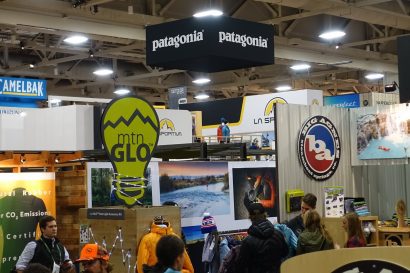 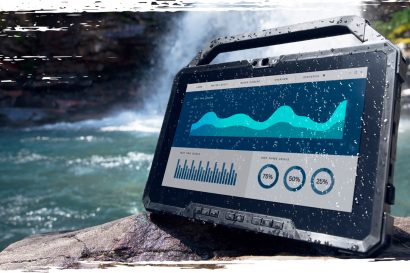 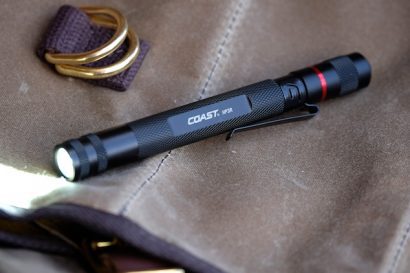