It was one of the most watched scenes in recent TV history, the apprehension of one of the Boston Marathon bombers as his heat signature betrayed his hiding place within the belly of a parked boat. That was not the first time the public had seen thermal imaging in action, but FLIR Systems is hoping to put that technology in the hands of anyone with an iPhone. Recently announced at the CES show in Las Vegas, their new FLIR ONE system uses a revolutionary Lepton Sensor fitted within a slip-on phone case to convert any iPhone 5 or 5s into a thermal imaging camera.

For the average consumer, catching criminals on the lamb is perhaps not a high priority, but thermal imaging does have a multitude of more practical uses. It can be use to spot wildlife, or detect heating or cooling leaks in houses and other buildings. It can be used to inspect insulation and it is in many ways the better flashlight for when you hear that bump in the night and don’t want to give away your position with a giant beam of light. Fitted with an auxiliary battery to help offset the additional power demands of the thermal imaging sensor, the imaging feature can run for roughly two hours on a single charge. The full launch of the FLIR ONE is slated for later in the spring with Android options set to arrive by year’s end. If nothing else, it’s going to completely redefine the game of hide and seek. 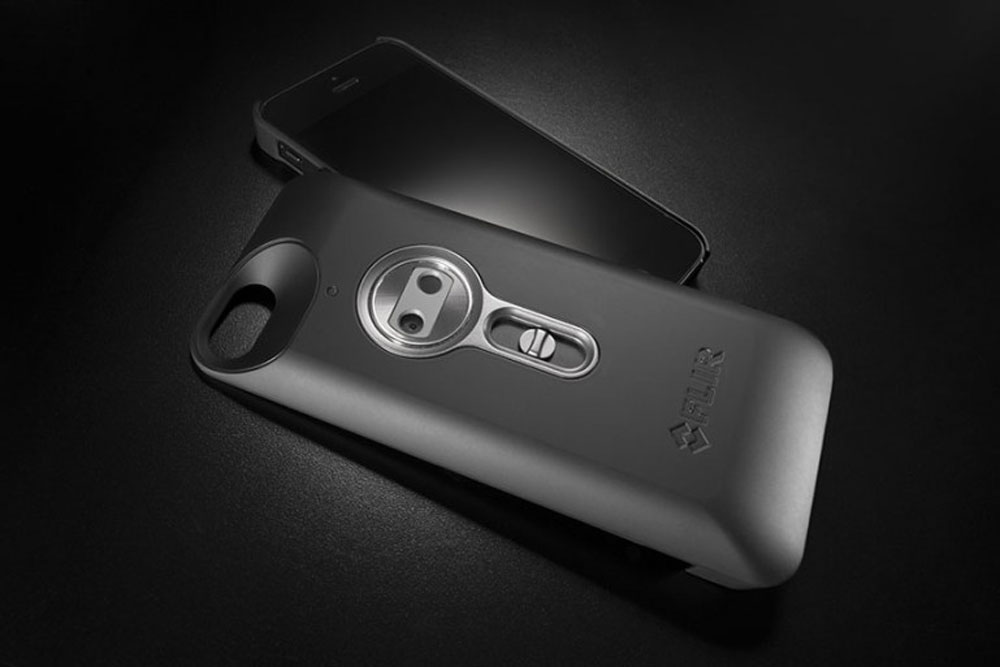