Every year, motorcycle manufacturers from Japan to Austria release exciting details about new bikes headed to markets around the globe. As we have come to expect, we also learn of the bikes not destined to reach our shores. Below is a list of five exciting bikes we deserve, but cannot have.

If you happen to have endless miles of ranchland and fencing to patrol in the outback of Australia, you might get to do it on a Honda CTX200/A Bushlander. This plucky little bike is built with the reliability of an anvil. Geared low to help herd livestock, it even has a clutch lock so the rider can hop on and off the bike while it’s still in gear. The air box is positioned as high as possible to maximize water fording and limits the ingress of choking dust. Heavy duty racks on the bars and tail section permit the addition of tool boxes, water carriers, or any other heavy pieces of kit that can’t be left behind. There’s extra foam in the seat for hours of sitting comfort and a rear drum brake adds to the bike’s low maintenance. Why we deserve it: It’s the F150 of motorcycles. 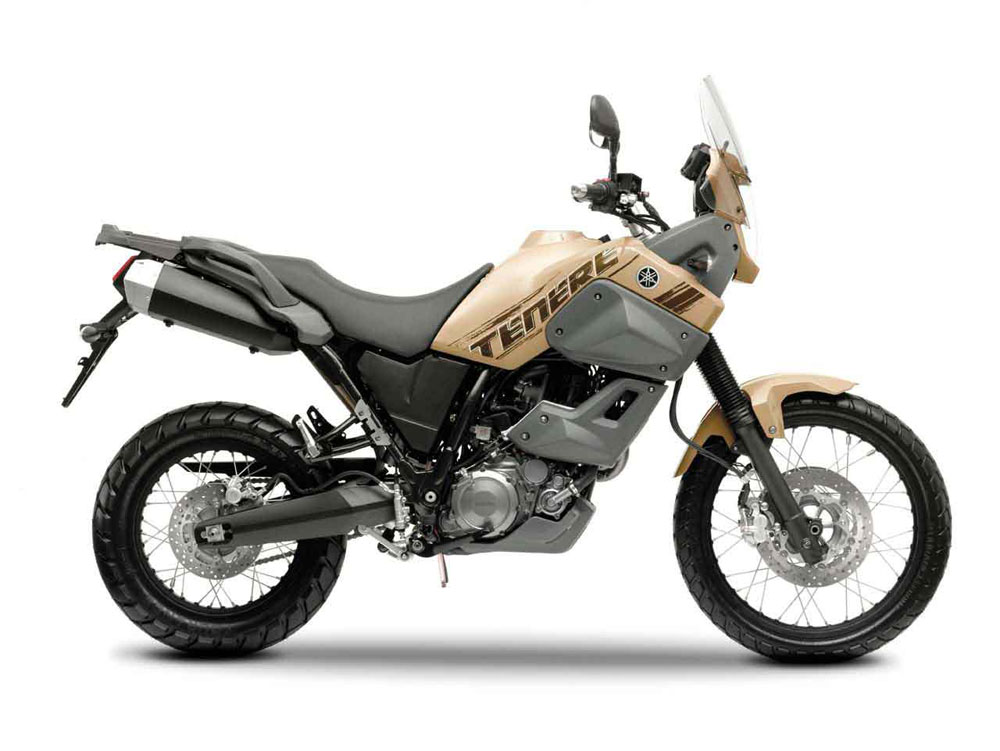 Not being able to obtain this motorcycle really stings, and makes me want to write a letter. To whom doesn’t matter. The little brother to the Super Ténéré, this 450 pound 660cc motorcycle would be perfect for traversing the technical tracks of the expansive American west. The 6 gallon tank gives the Ténéré an impressive reach of over 400 miles, which would make a run from Moab to Telluride an easy one tank affair. It even has the exotic shape of a Dakar Rally race whip. Named after the desert region of the southern Sahara, the Ténéré was born to conquer vast landscapes. Why we deserve it: We have vast landscapes. 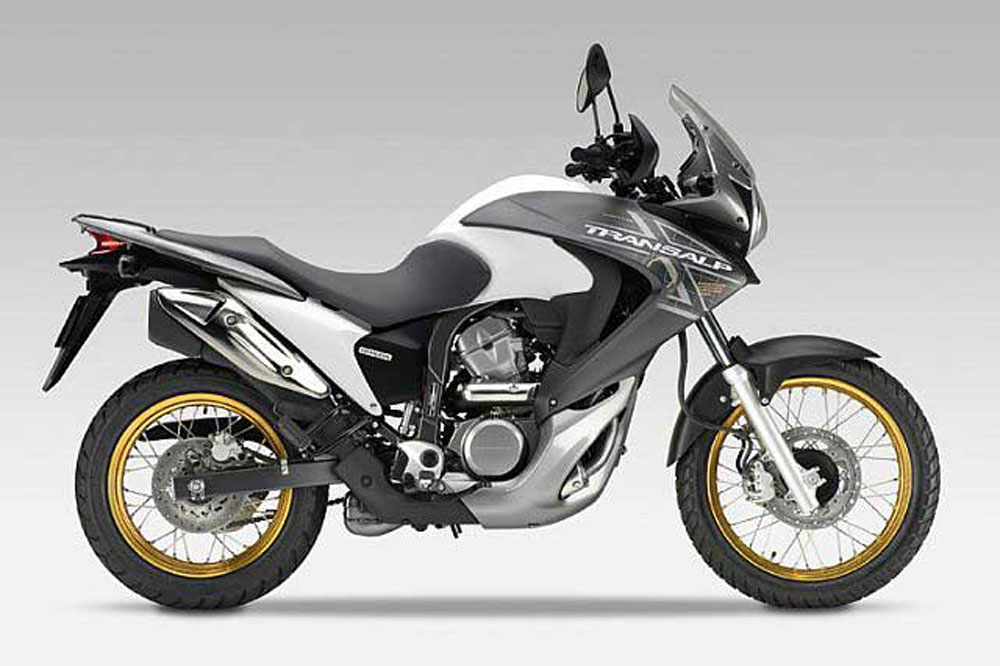 The Honda Transalp is a legend that dates to the late 1980’s. We haven’t been able to buy a Transalp in the States in years, not that you don’t still see the original versions trundling along just fine. The 2013 Transalp is built around a liquid-cooled 4-stroke 8-valve SOHC 52º V-twin engine paired to a five speed transmission. At a shade under 475 pounds it’s not a featherweight, but it’s smooth, efficient, and had it made it to the US, it would have retailed for under $9000. We did get the NC700X from Honda, which has an engine modeled after the Honda Fit. Yes, the car. Why we deserve it: We never got the Africa Twin, so they owe us the Transalp. They should call it the Trans Rockies, and return to a red, white, and blue livery. 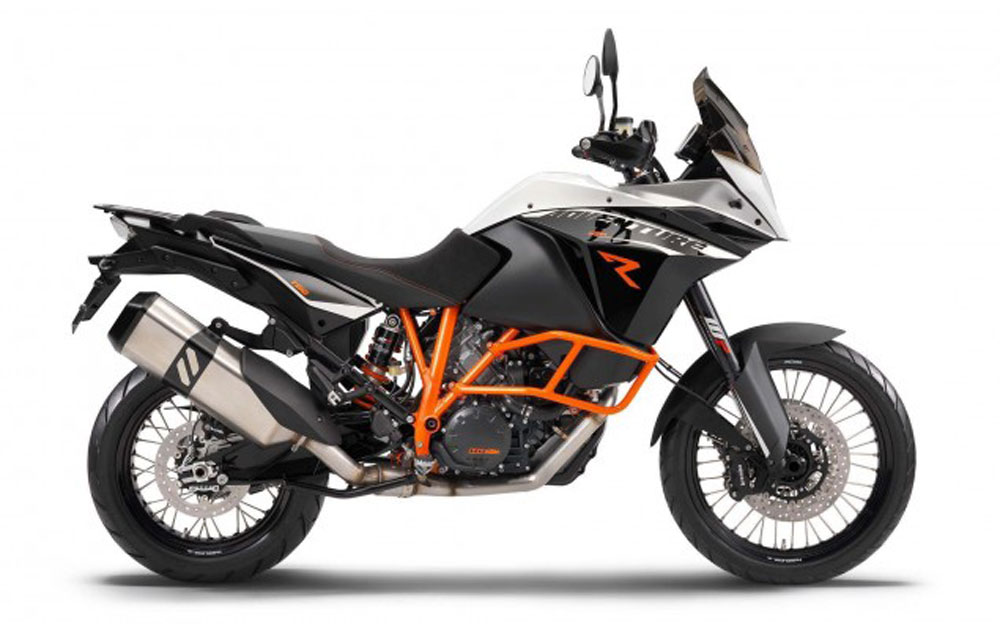 KTM purist cringed when the big orange brand from Austria released the specs for the 2013 1190 Adventure. Its predecessor, the 990 Adventure, is a savage beast with a cranky disposition that only the bravest riders dare to tame. The 1190 is still an animal, but with excellent manners. Jam-packed with dozens of electronic rider aids, the new 1190 Adventure is sophisticated, poised, and because it has 148 hp, can still rip your arms off with little remorse. Why we deserve it: We deserve it because KTM dealers never seem to have enough KTM Adventure series bikes to sell. While not available currently in the States, this amazing machine will hit American dealers in the early months of 2014. Yes, we’re very excited about that. 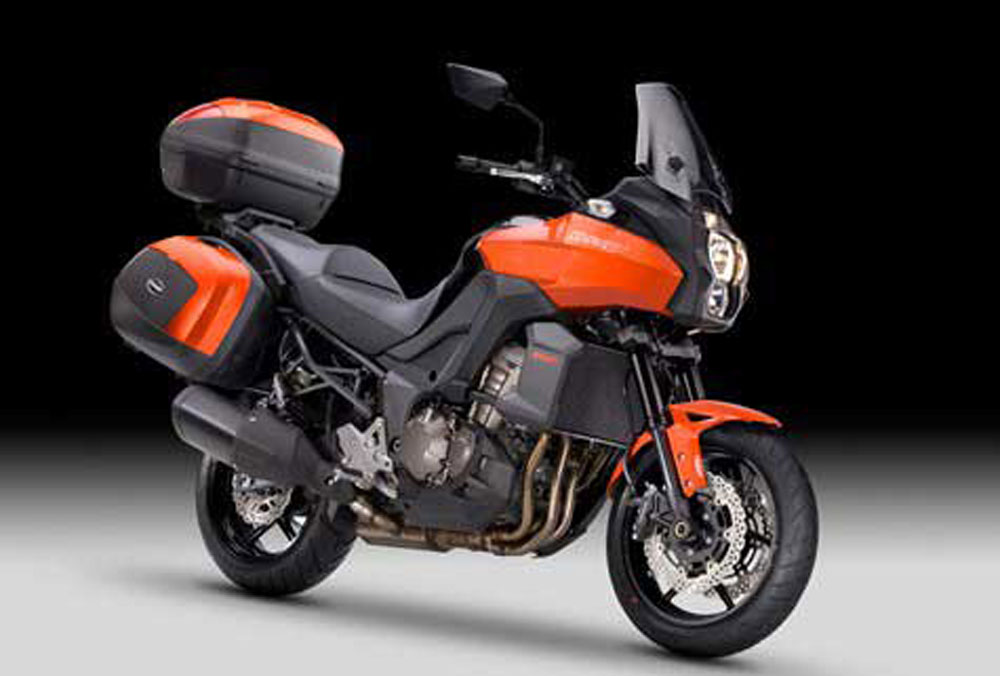 It’s hard to tell if this is a bike they wouldn’t let us have, or a bike we just didn’t want. Aimed at the BMW GS market, this liter-bike behemoth should probably not venture too far from the security of tarmac. At 597 pounds with the hard cases, this is a huge machine. To be fair, it is positioned as a pavement biased adventure bike, and as such was fitted with an engine offering riders a more spirited engine experience. Appointed with a variety of rider enhancements like heated grips and dual traction control settings, it does have a lot to offer. Why we deserve it: One more Versys might translate to one less Harley.

Drive Nacho Drive: A Landslide Brought it Down 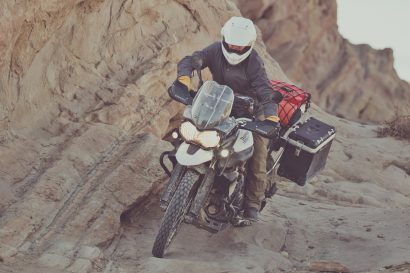 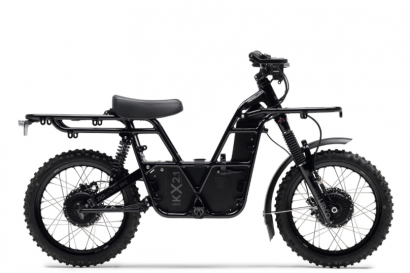 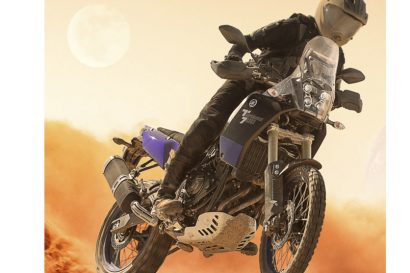