It’s a topic that pops up on the Expedition Portal forums with almost clockwork regularity. As if on cue every few months, a thread is opened with the question: How do people finance their extended overland travels? The answers when given seem to raise more questions and it would appear no reply fully satisfies the query. How do people finance their travel lifestyles? With assistance from a few overlanders, I have compiled a list of ways in which various travelers have made their prolonged journeys possible.

Many people are almost devastated to learn that most prolonged journeys are funded by simply saving up before departure. I realize that’s not very romantic, nor does it sound very fun. The fact remains, if you want to hit the road for months on end, your best bet is to buckle down, fill your piggy bank, and when the time is right, hit the road.

In an interview with one particular motorcycle rider currently completing a full circumnavigation of the world, he said he spent the better part of four years saving up for his big trip. During that time he lived in a basement apartment, cut coupons, ate on the cheap, and made countless sacrifices to raise the $30,000 he budgeted for his two-year motorcycle journey. Another couple, also on their way around the globe, said nearly the same thing. They went so far as to move in with relatives for a year to shave living expenses and said they directed nearly 80% of their annual earnings towards their travel fund. They said their period of extreme saving, and it did sound extreme, was a perfect primer for life on the road where judicious spending is a critical skill.

If there is a path few travelers should brave, this would be it. The biggest misconception in travel is that sponsorship is a substitute for earning a trip. If you aspire to fund a trip through sponsorships, you might reconsider as it represents the worst financial value of all time. To adequately provide a return on sponsorship investments, you have to work far harder than you would if you just got a second job flipping burgers on the weekend. Another telling aspect of sponsor-funded travels is that few sponsors and sponsorees ever sign up for a second go. It sounds great to have someone just hand you a fat check and a big sticker for the side of your rig, but that’s simply not the reality of sponsored travel. There’s an old adage in the sponsorship world: If you have to ask for sponsorship, you’re probably not worthy of it. That’s a harsh cliche, but true all the same.

The Tycoon and the Windfall

In the late 90s when I was traveling around Europe for the summer, I stepped out of my austere hotel and parked in front of the neighboring luxury hotel was a bright yellow 4×4 Mercedes convertible. Around the corner was a train of Unimog support vehicles. This was all part of Jim Rogers’ trip around the world. Who is Jim Rogers? He is a Wall Street tycoon with pockets deep enough to finance his lofty travel ambitions. As my grandfather told me, being rich is great work if you can get it.

I like to call it temporarily wealthy. The windfall has funded many trips, although most of these travelers are rather hushed about it. A college friend of mine was gifted a large sum of money from a relative with the stipulation it could only be used for travel, and travel he did. Others have sold businesses, had investments pay off, or inherited enough cash to hit the road for a while.

This traveler is effectively the inverted saver. I admit, I’ve used credit in my younger years to fund some extended travels and in a large dossier where I file my bad ideas, this ranks right up there with the worst ever. If you think saving for a trip before departure is tough, try paying for it long after the fun is over. A year after putting a $200 hotel on my Visa, I wished I had slept in a box on the sidewalk. I’ve heard of travelers amassing tens of thousands of dollars in travel debt. That sounds like a great way to ensure your big trip is your last.

Joe Cruz uses his time away from teaching to explore the world. Photo Credit Joe Cruz.

This is effectively a riff on the saver plan. School teachers, seasonal workers, and other professionals with long breaks from work are ideally suited for extended travels. Knowing when the next paycheck will arrive is a comforting logistic to lean on when a block of travel comes to an end. Adventure cyclist Joe Cruz has traveled around the globe when not working in New York City as a professor of philosophy. I worked as a seasonal professional in the guiding industry for many years and would often use the off season as a means of satisfying my wanderlust.

Gene and Neda sold everything and hit the open road. Their blog is a fascinating read: ridedot.com

I’ve tried this method as well, and while it works if you have the inventory of possessions to liquidate, re-entry into society at trip’s end can be brutal. Pulling into hometown empty handed and tired is sometimes a welcomed new beginning, or a harsh return to reality. After years on the road, my wife and I flung open the door on a small storage unit and she said, “This is the junk we opted to keep?” If you’re going to sell it all to finance a trip, have a well defined plan for the return to normal life. The worst way to end your trip of a lifetime is to come full stop with your pockets turned inside out.

On the road for ten years, Coen and Karin-Marijke of Landcruising Adventure have a beautiful website they maintain from the road. landcruisingadventure.com

It’s not the easiest gig, but getting paid to travel sure sounds dreamy, doesn’t it? There are a handful of prime examples, and some don’t necessarily pay all of their travel bills from outside sources, but those travelers with a few marketable skills can turn a day’s adventure into cold hard cash. The most common way to get paid is through editorials and images published online or in print. Make no mistake, for every individual managing to turn their travels into a paycheck, there are countless dozens offering content for free. It’s also fair to point out that not everyone with a love of travel has the gift of gab, or the ability to take a good photo. Lastly, selling your material just once is quite an achievement. Doing it frequently enough to keep up with travel expenses is a monumental challenge.

In a recent interview with Coen Wubbles of Landcruising Adventure, he delved into the world of travel-writing and what it takes to work from the road. It’s a job much like any other. The Wescotts of the long-running Turtle Expedition also outlined the challenges of working from the road in a recent issue of Overland Journal. Every traveling professional I’ve spoken to is quick to point out the challenges involved. Brad Van Orden of Drive Nacho Drive has commented that servicing a blog and writing a book from the road is not always easy and consumes a good portion of a day’s travel time. Even individuals like Allan Karl who wrote his book well after his travels were completed, had to spend extra time during his trip to photograph and record the experiences as they unfolded. To make money off of your travels, you have to record them, and do it well.

If you take a lap or two around the discussion of trip financing, you will inevitably get feedback from the Sour Grape traveler, or rather non-traveler. This person’s only contribution to the conversation is to say with face in full frown, “I wish I was lucky enough to get to go on a long trip.” To his credit, anyone able to slip away for weeks or months on end is truly fortunate beyond words, but good luck can be squandered or misspent. The best way to chain yourself to your front door is to rack up a small hill, not even a mountain, of debt. Mortgages, car payments, and credit card obligations, all of these things foil more travel plans than anything else. Some say it is familial commitments that keep them homebound, and in many cases that is true, but even large families with tiny kids find a way to travel for months or years on end. It is the home-bound financial tethers that are the most binding.

As you can see, there’s no magic formula for trip financing. The most successful travelers employ a mix of funding options. They save, work from the road, have probably sold off a lot of excess stuff, and maybe even lured in a sponsor or two. Regardless of how the funds are gathered and spent, all would agree, it’s well worth the effort.

For those of you with extended travels in your past, how did you fund them? 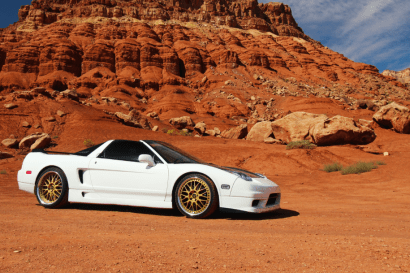 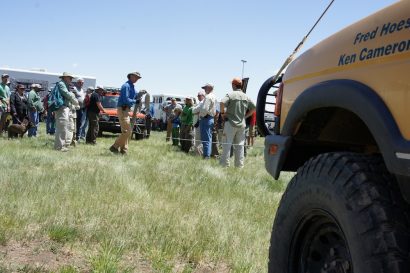 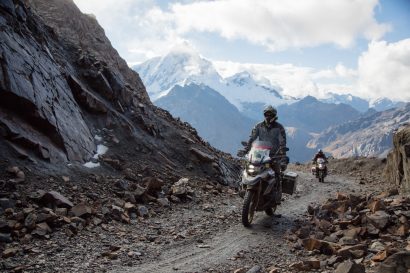