As tire technology spins into the 21st century, nearly every manufacturer has gone back to the drawing board and introduced fresh variants of almost every offering.

Anticipating the launch of Yokohama’s latest entrant to the mud-terrain genre, the Geolandar M/T G003, we headed to Gateway, Colorado, for a couple of days of traversing the region’s back roads. Phase two found us carving hard turns and leaping off high-speed jumps on a Baja-style racecourse, followed by a morning of spirited driving on two-lane highways along the Dolores River. 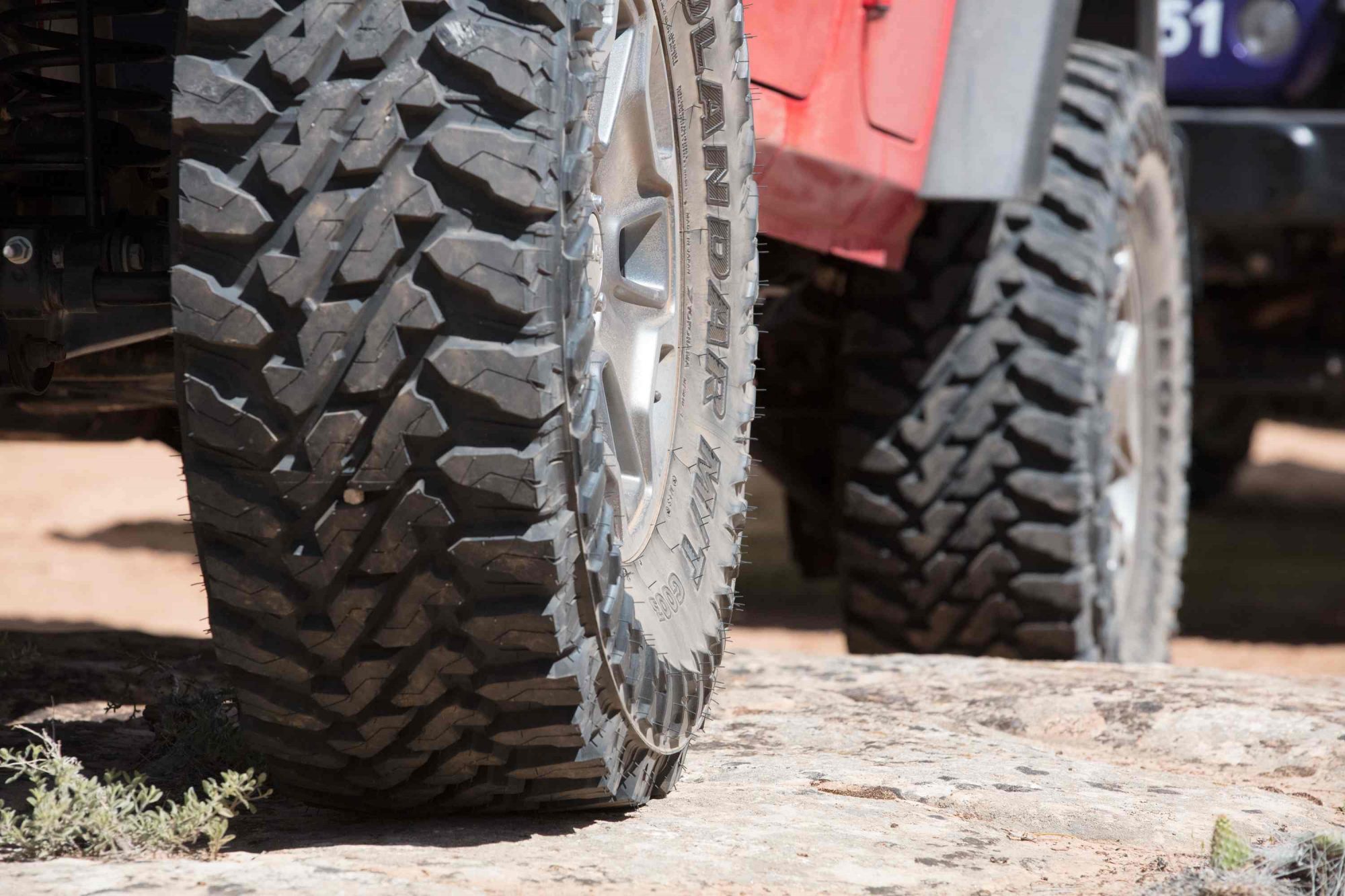 The new Geolandar’s block is wider and flatter, producing a larger footprint than the previous iteration. Voids between the inner block and shoulder are broad and triangulated, and siping is 80 percent of the total tread depth. Within the voids are small ribs that assist in expelling debris. Moving outward, the shoulder is staggered and features a squared-off edge. The sidewall tread, which Yokohama refers to as armor, is quite deep and aggressively angled like the blades of a propeller. Construction consists of two steel belts and a full nylon cap under the tread block, while three polyester plies protect the sidewall (C-rated models will have a two-ply sidewall). 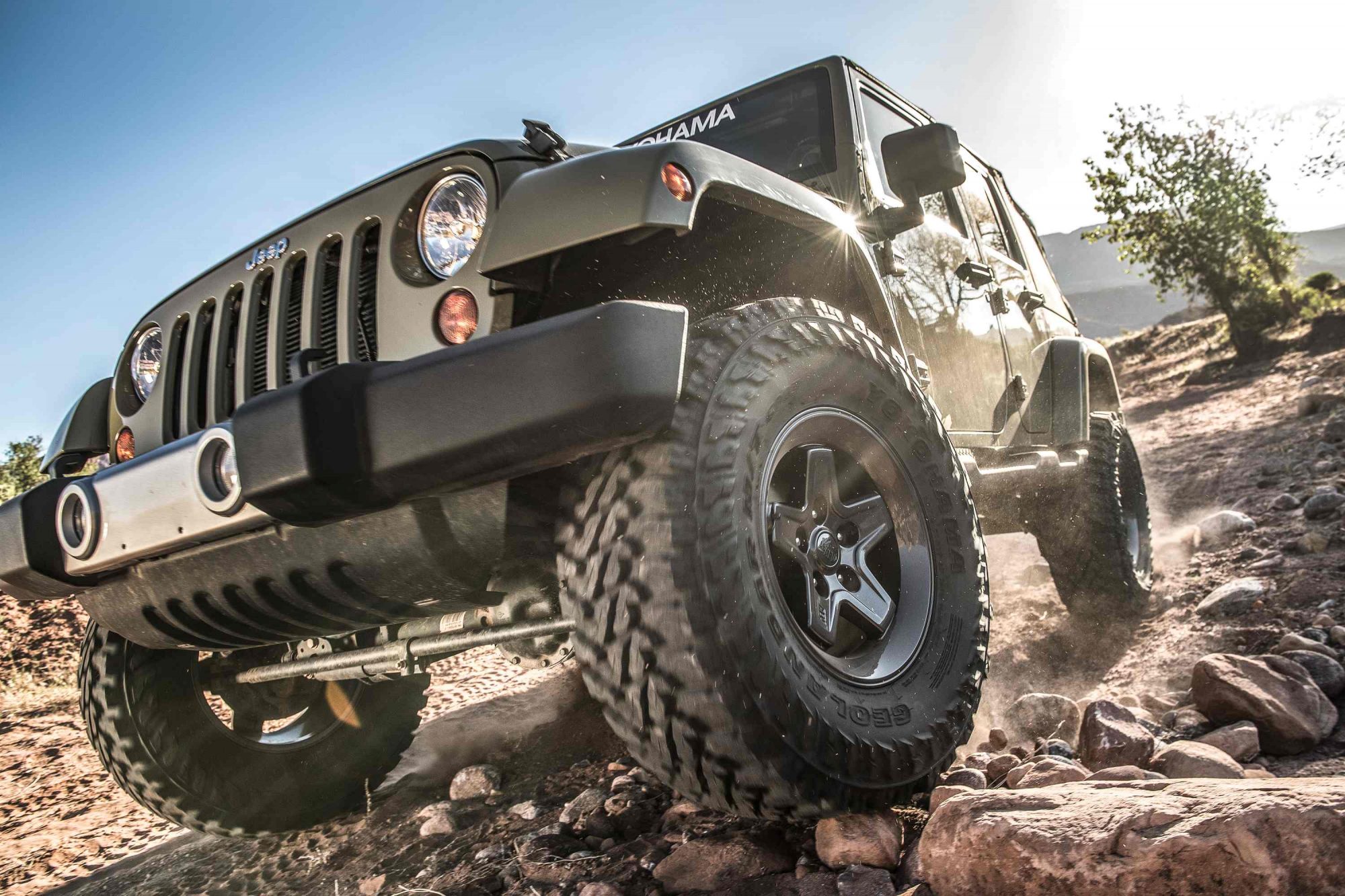 Whether a tire’s design is dedicated to the street or dirt, much can be ascertained from how it handles on the pavement. I found the G003 to be fairly predictable, providing good lateral grip on constant-radius turns and lacking the typical wandering experienced with some mud-terrains. I thought the square shoulder design would result in howling during hard cornering, but it was reasonable for a mud-terrain. In emergency braking scenarios, they felt very direct and were surprisingly grippy. 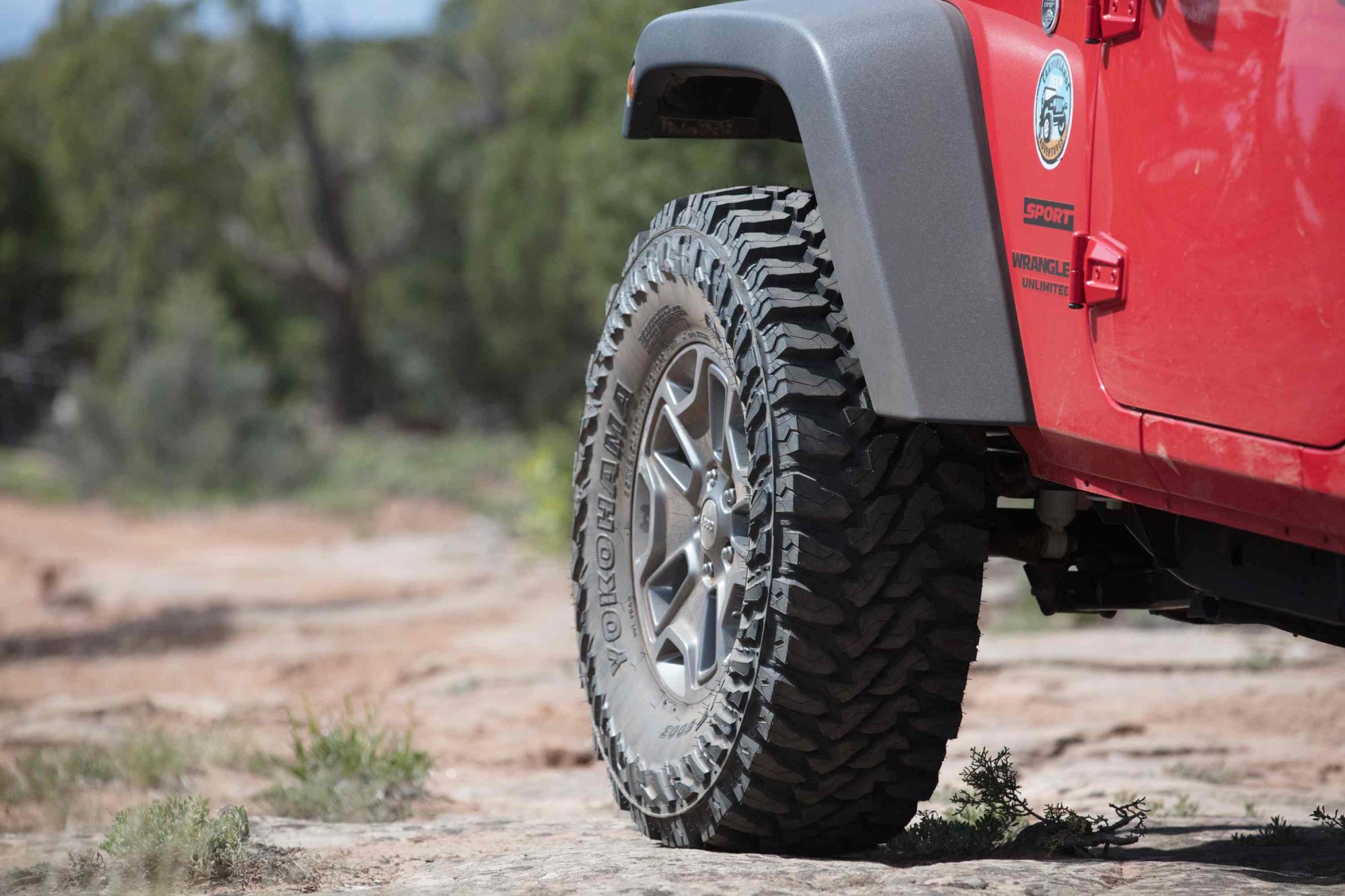 The following morning we put the tire through high-speed drifts on hard-pack decomposed sandstone—with stability control turned off. The 003 was again predictable, holding the chosen line with only moderate lateral movement. Step-out on corrugated turns was also in check considering they were at highway air pressure. The short course track allowed us to test its limit-handling properties on loose dirt, silt, and lightly embedded rock. It took all, including returning to earth from an altitude of 3 feet, in stride. 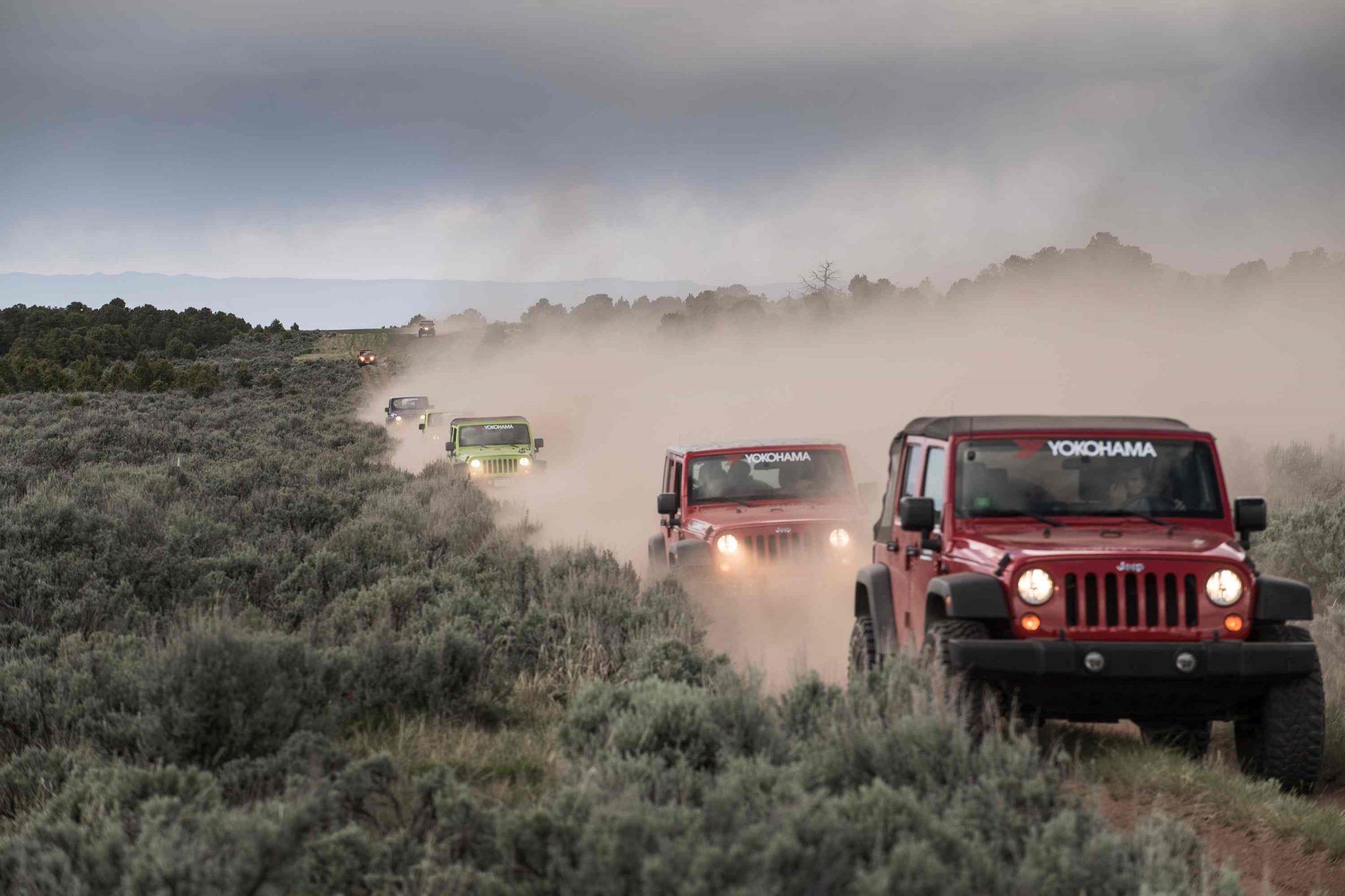 By late 2017 the 003 will be available in 37 sizes fitting 15- to 20-inch wheels. Although a tread life warrantee is not offered, we are told that the tire will come with a “no-questions” money-back return policy. My first impressions of the Geolandar M/T G003 are good: it has solid on- and off-pavement performance, reasonable noise levels, and aggressive styling. Although we were not able to test it in mud or at low air pressure, I expect it will provide good purchase and deformation when called upon. As always, we’ll need to get a set mounted for a long-term test to determine actual tread life with real-world travel. yokohamatire.com, 800-722-9888 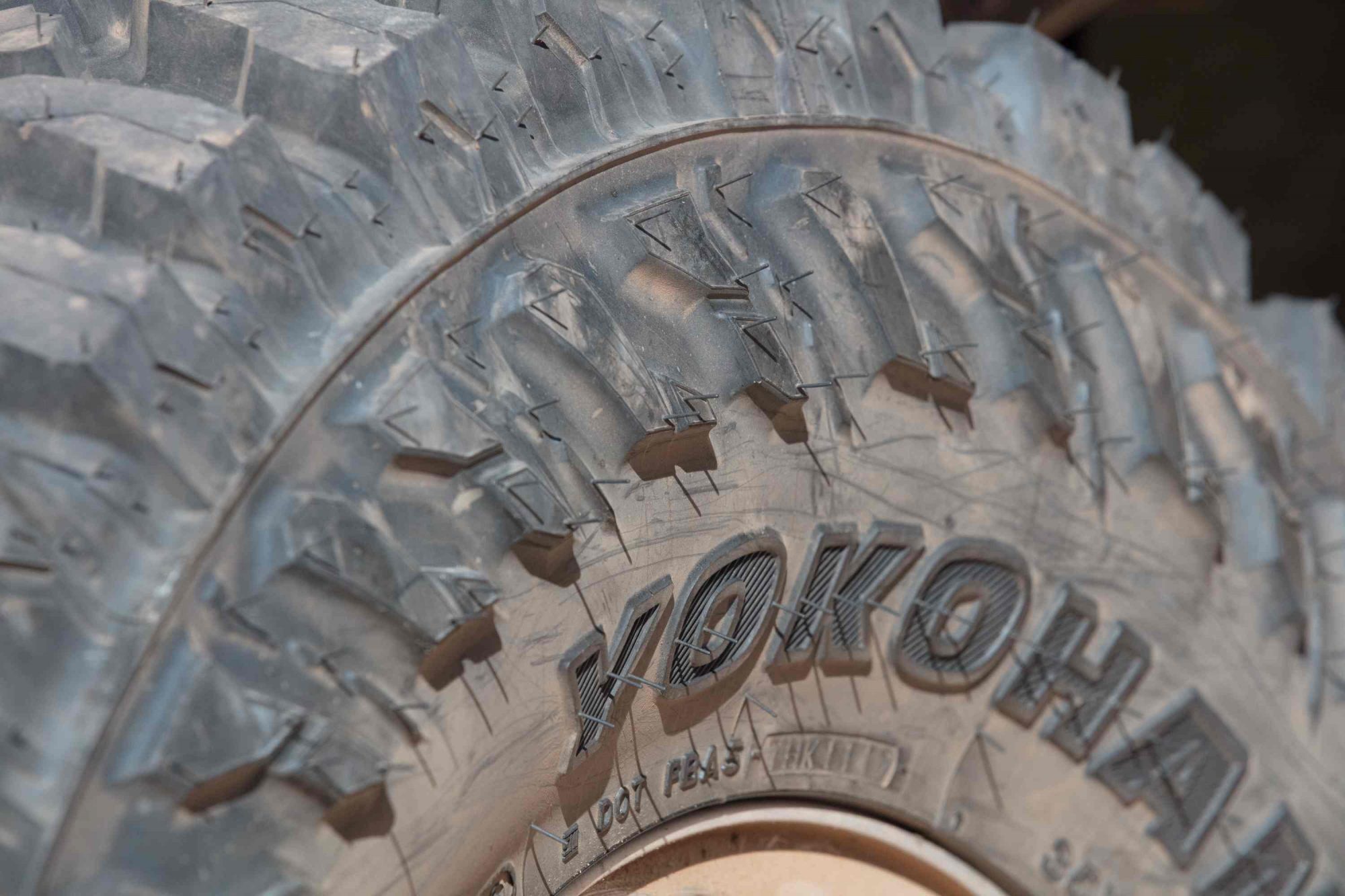 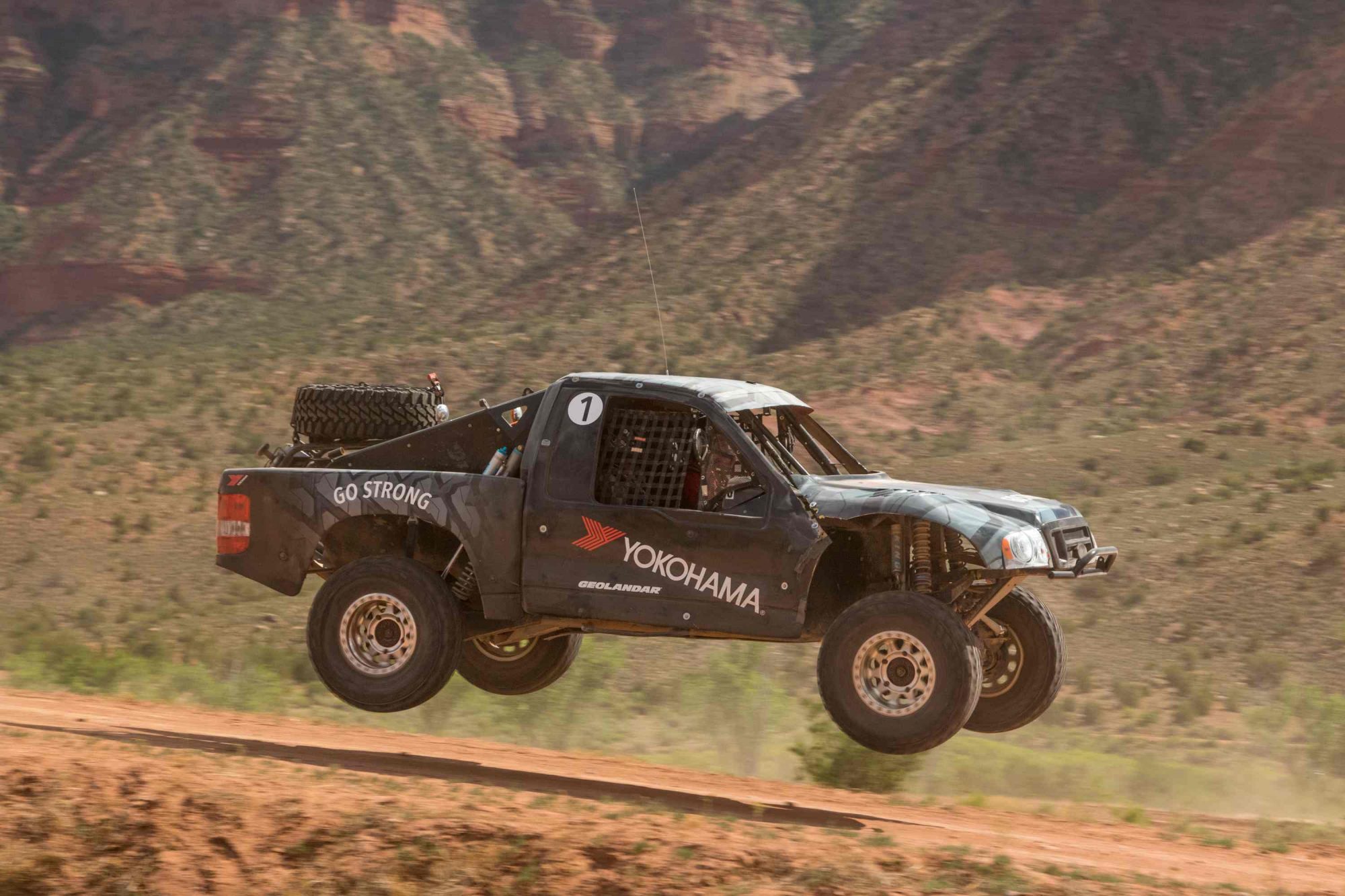 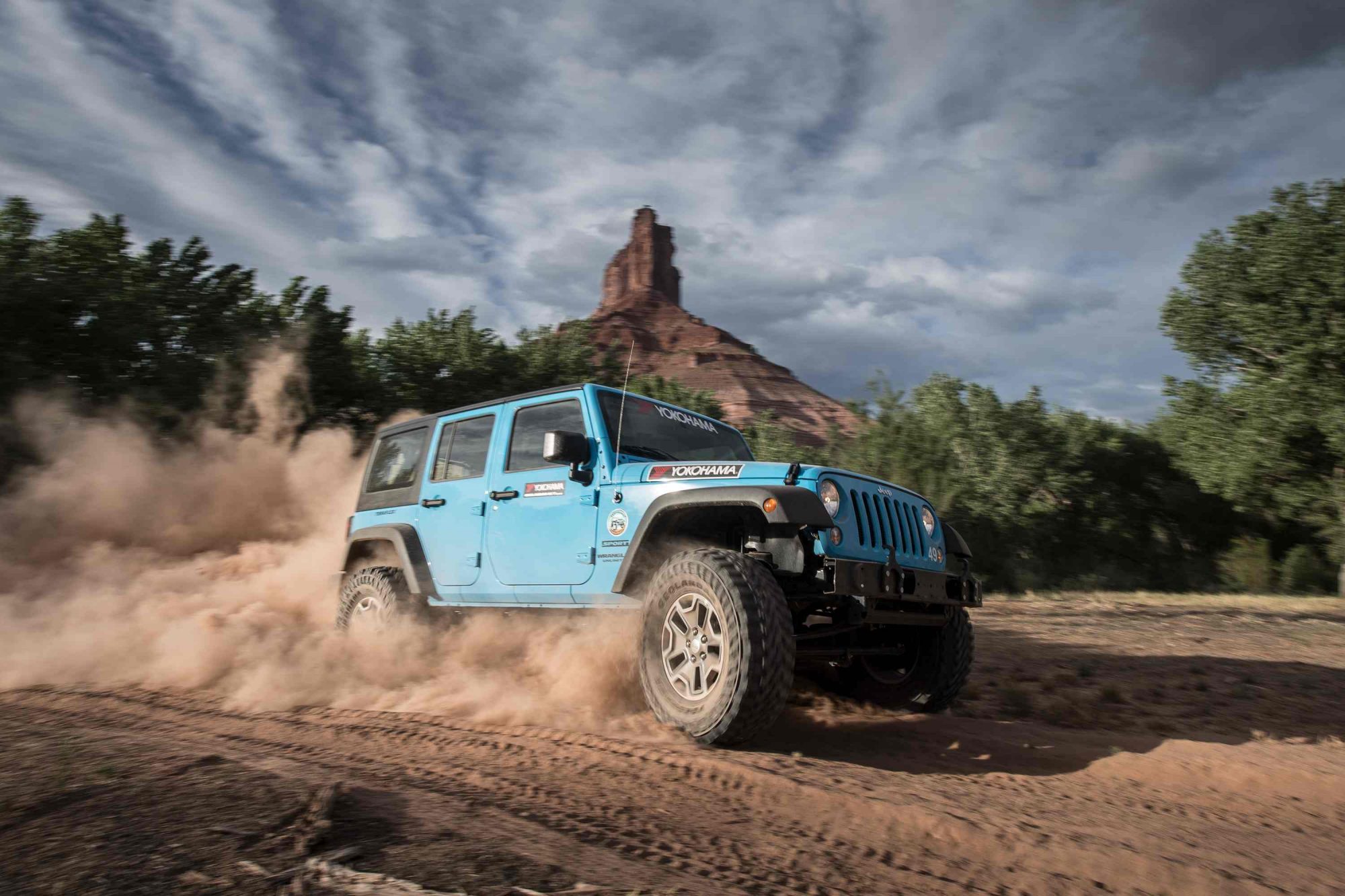