When I was a kid, my grandfather passed down a knife that his father had given him as a boy. The blade was worn and the handle stained by the passing of time, but to me, it was, and remains, my favorite knife in the world. I still carry it from time to time, but these days my fear of losing or damaging such a precious heirloom overpowers my desire to carry it. Thus, I’ve spent the last few years in an endless search for the perfect pocket knife. Long-time readers will know that I came close with the Curtiss ODT Flipper. I loved the small profile and versatility of that blade, and while it’s perfect for toting around town, I wanted something bigger on camping trips—enter the Benchmade 365 Outlast.
It’s worth mentioning that I’ve carried a Benchmade before, specifically, a Triage which is remarkably similar to the tool you see here. Both feature a similar size blade, glass breaker, and safety hook, but the Outlast takes things a step further with a secondary serrated tool blade and an entirely new locking mechanism developed specifically for this knife. This secondary blade system gives the Outlast added function, but also makes it heavier and bulkier than the smaller counterpart I used previously. I wanted to find out if that extra function was worth the weight, so we picked one up and put it to the test. 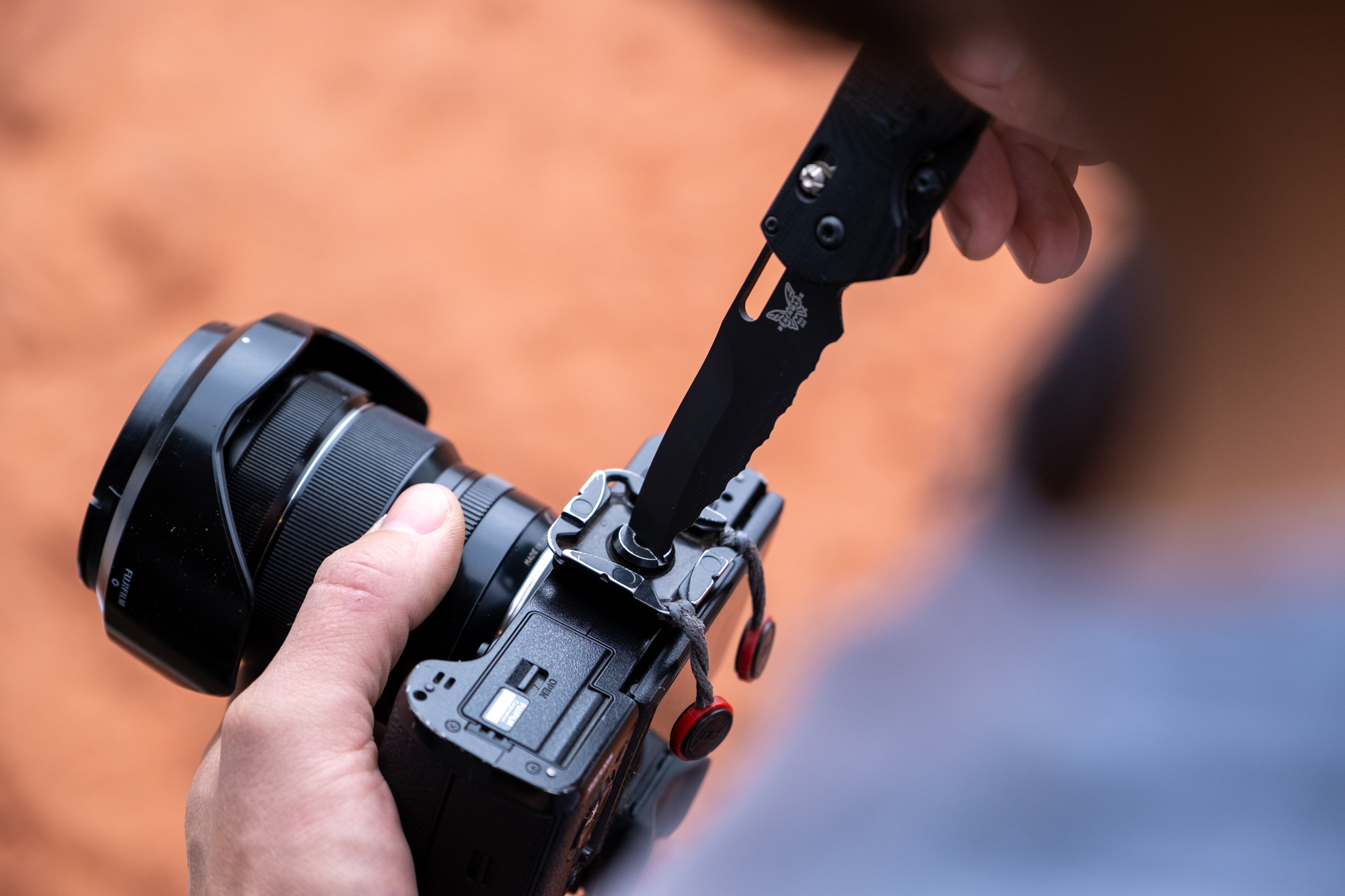 Like every Benchmade knife I’ve owned, the Outlast exudes quality and durability. Misuse of the blade to pry up nails or open cans doesn’t phase it, and repeated drops have only produced damage to the ground instead of the knife. The main S30V drop-point blade deploys easily thanks to the well-placed thumb stud and smooth hinge, and measures in at 3.59 inches long and .09 inches thick. That’s thinner than the Triage I owned, but it doesn’t seem to have impacted performance, as the blade has stood up to repeated testing without fault. 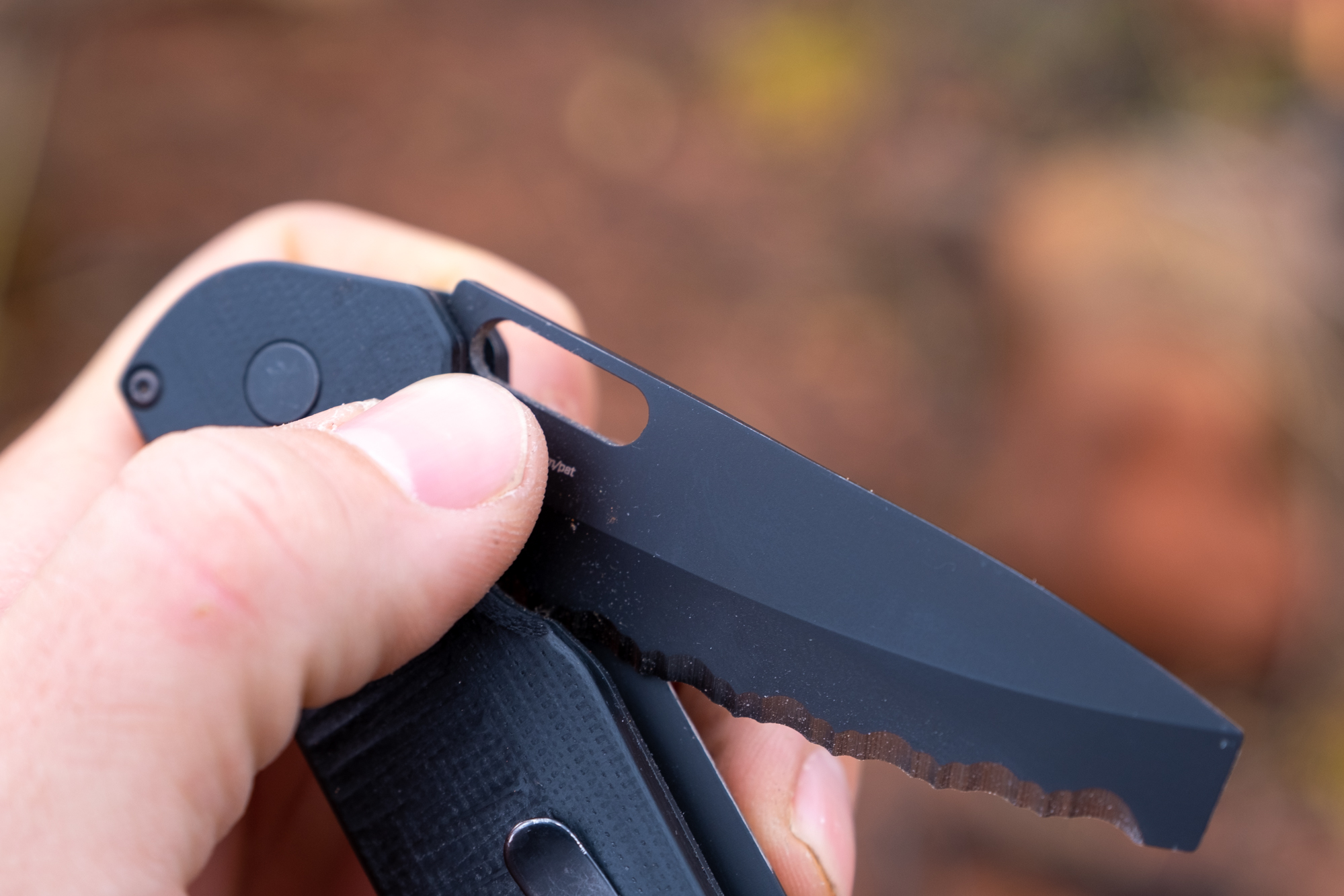 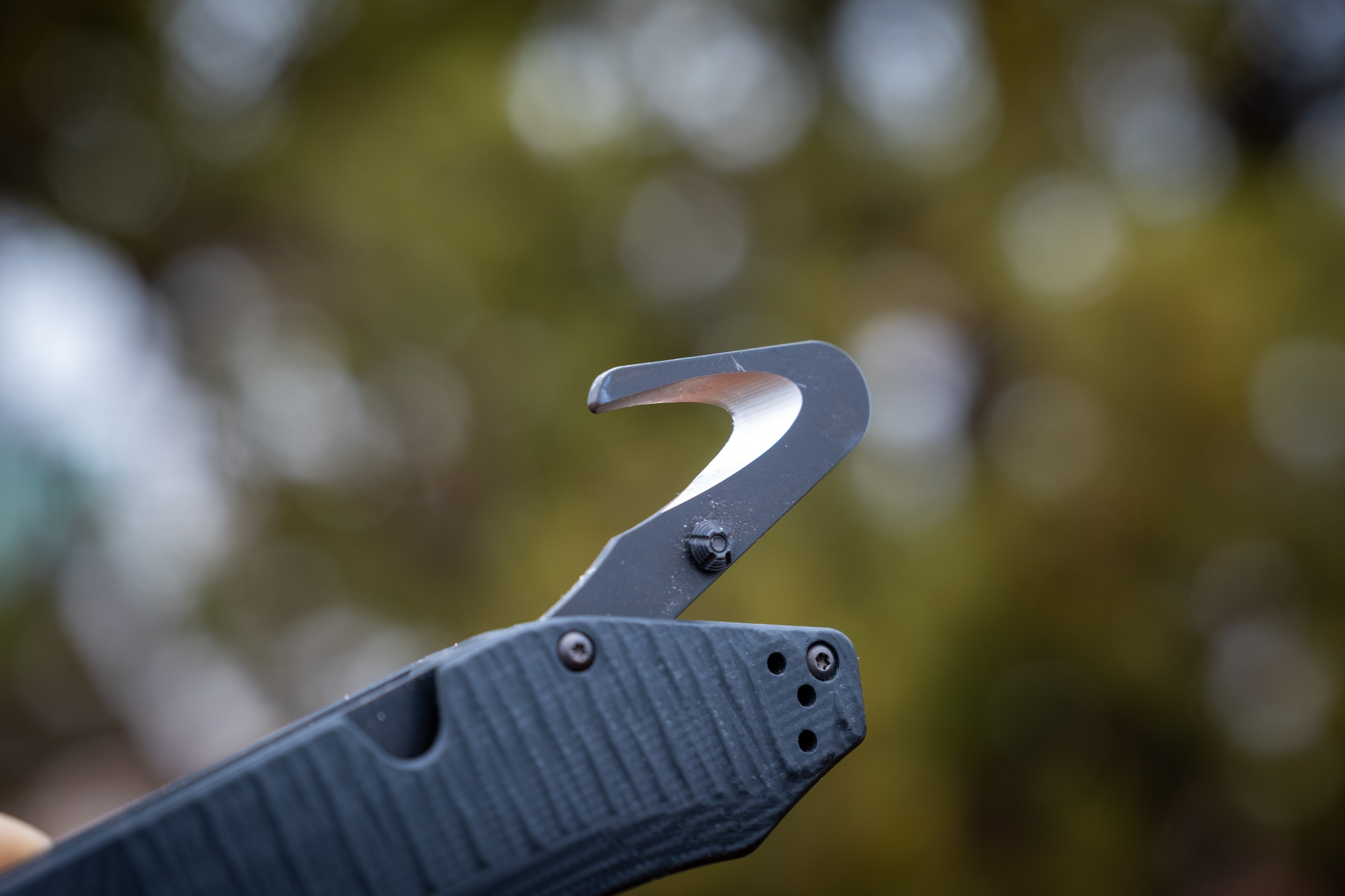 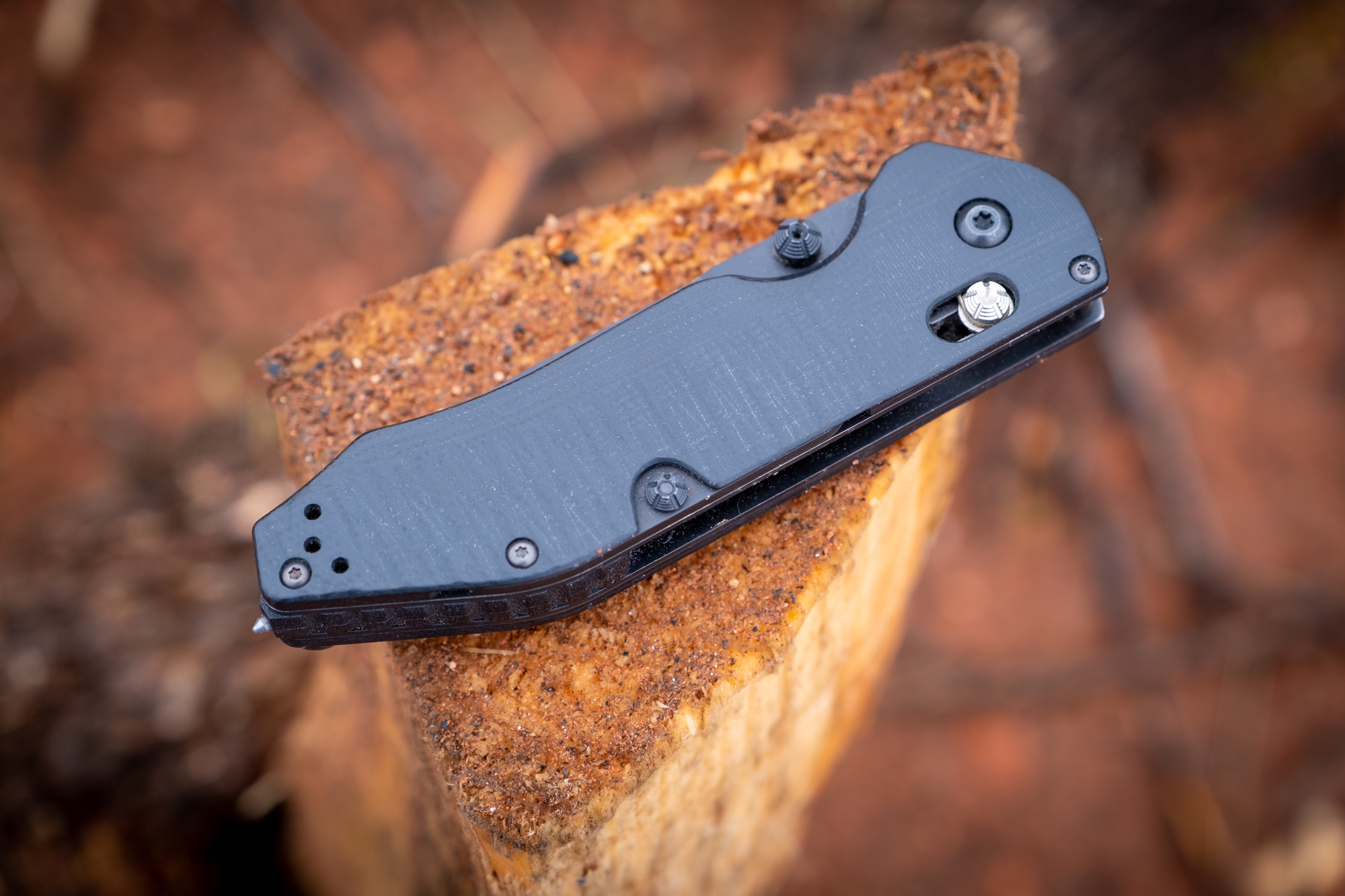 The black G10 handle feels natural in my hand and provides enough grip to maneuver the tool for various tasks without the worry of it slipping. As an added bonus, the black color shows less dirt or grime than the orange Triage I had tested previously, and blends in better than the bright orange if you do decide to carry it every day.
What sets this knife apart though is the secondary blade, and I must admit, it’s awesome. Basically, Benchmade designed it for doing all the things you would never want to use your normal knife for. It’s perfect for prying or scraping, flat-tipped for use as a screwdriver, and built from a ridiculously tough 3V tool-grade steel that you can read all about here. Of course, since it’s designed for the toughest tasks, the blade is also serrated for those difficult cutting jobs that need some extra bite.
The Option Lock developed for the Outlast feels as strong and smooth as their Axis lock, and the thumb hole on the tool-blade doubles as an oxygen tank wrench. On the backside, a safety hook stands ready for emergency situations, like cutting a seatbelt in a rollover accident, or more likely, clearing a stubborn ziptie on a vehicle. The Outlast package rounds out nicely with a carbide-tipped glass breaker on the butt of the knife. 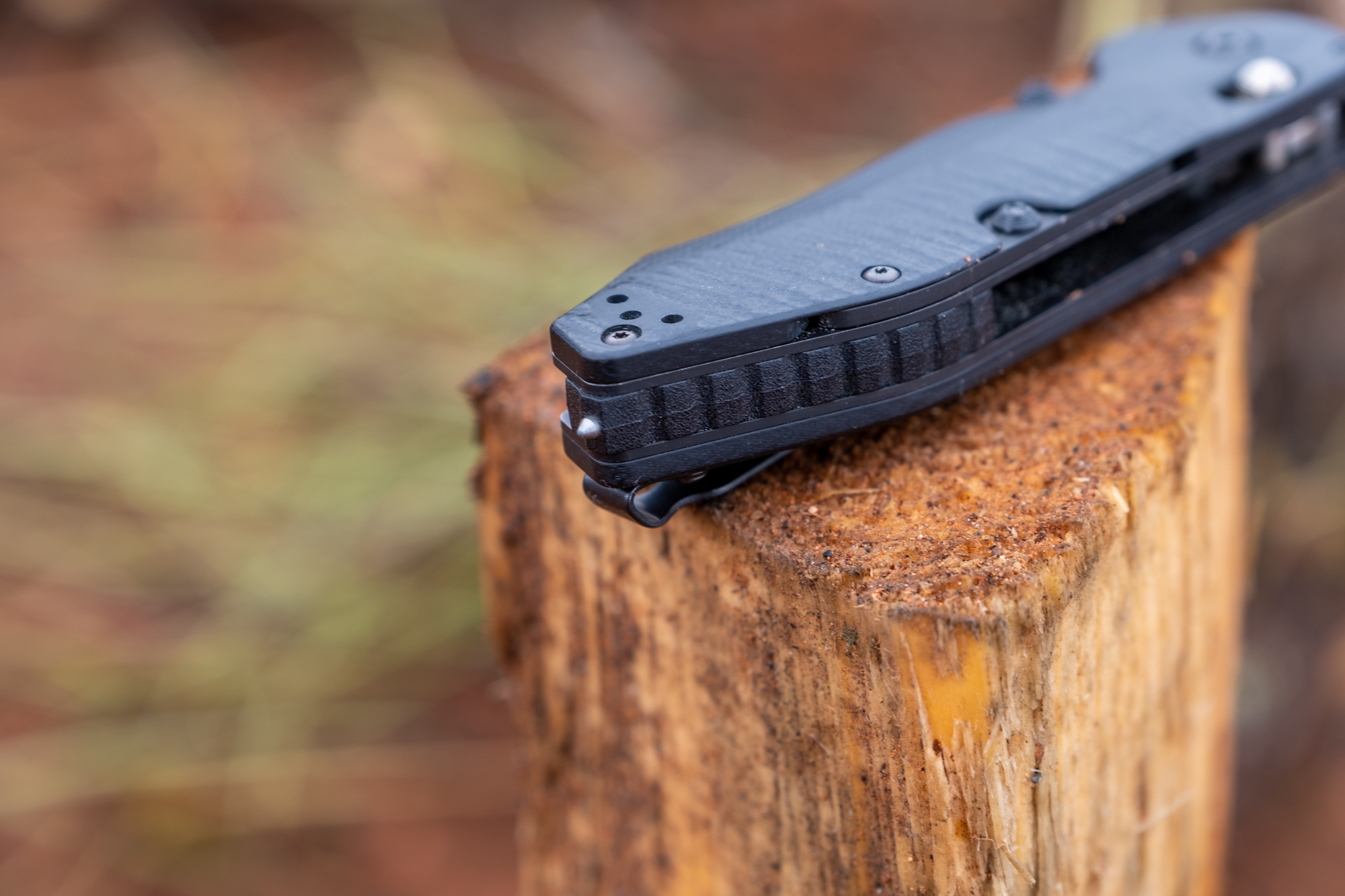 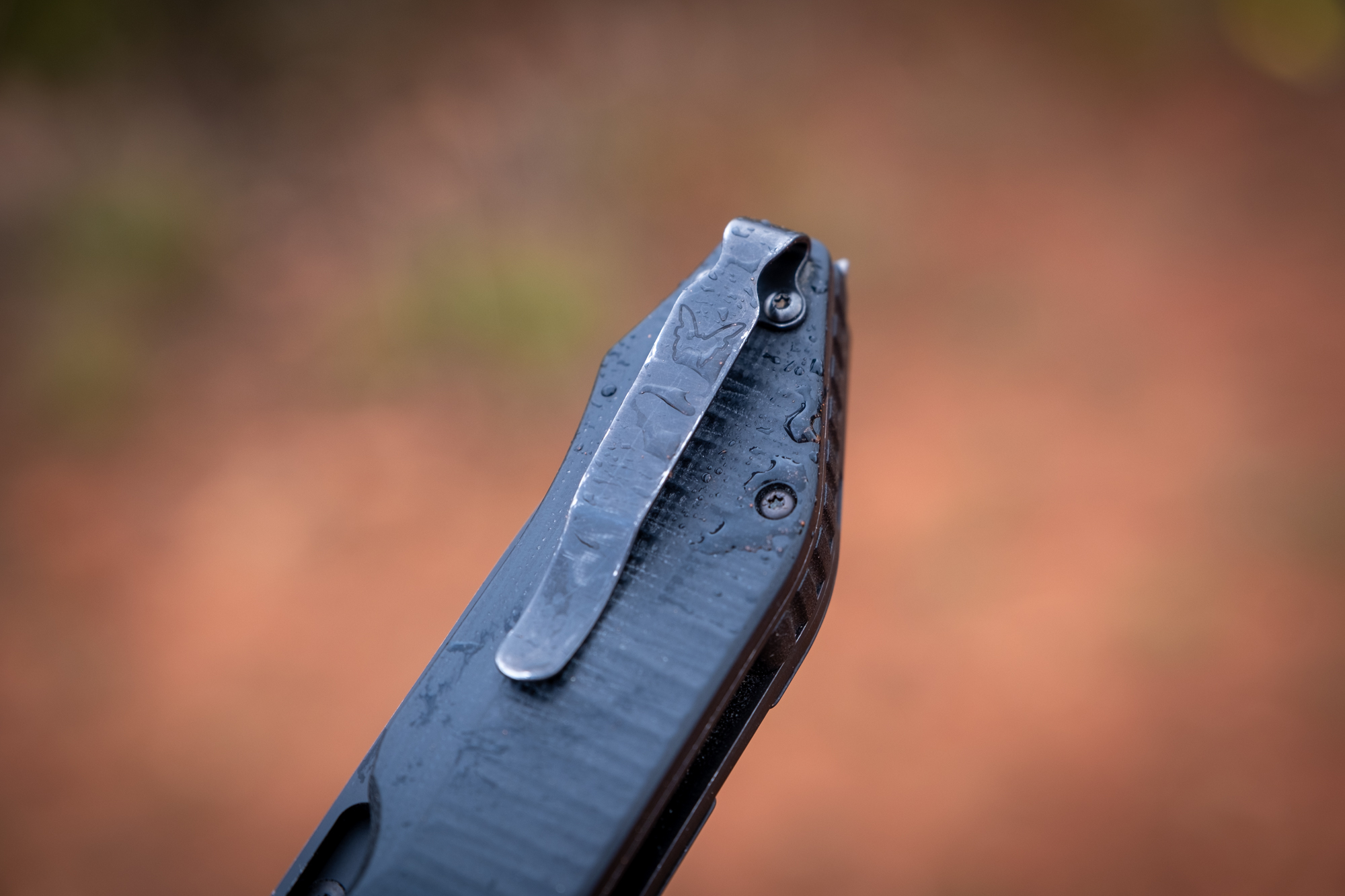 As much as I like the Outlast, it definitely has its drawbacks, chiefly the size and weight. When closed, the Outlast is 4.82 inches long with a handle thickness of .69 inches, or 44 percent thicker than the Triage. While that may not sound like a lot, carrying it in your pocket feels a bit like your favorite pair of pants after the holiday season: just a little too tight for comfort. This translated into a desire to take the knife out of my pocket while crouching down to air up my tires or remove it when sitting down at a desk. The additional blade and full-length liners also increased the total weight. This knife tips the scale at 5.96 ounces, which is a little more than a Samsung Galaxy S8. Add that to your car keys, a wallet, and your cell phone, and your pants can start feeling a tad heavy. 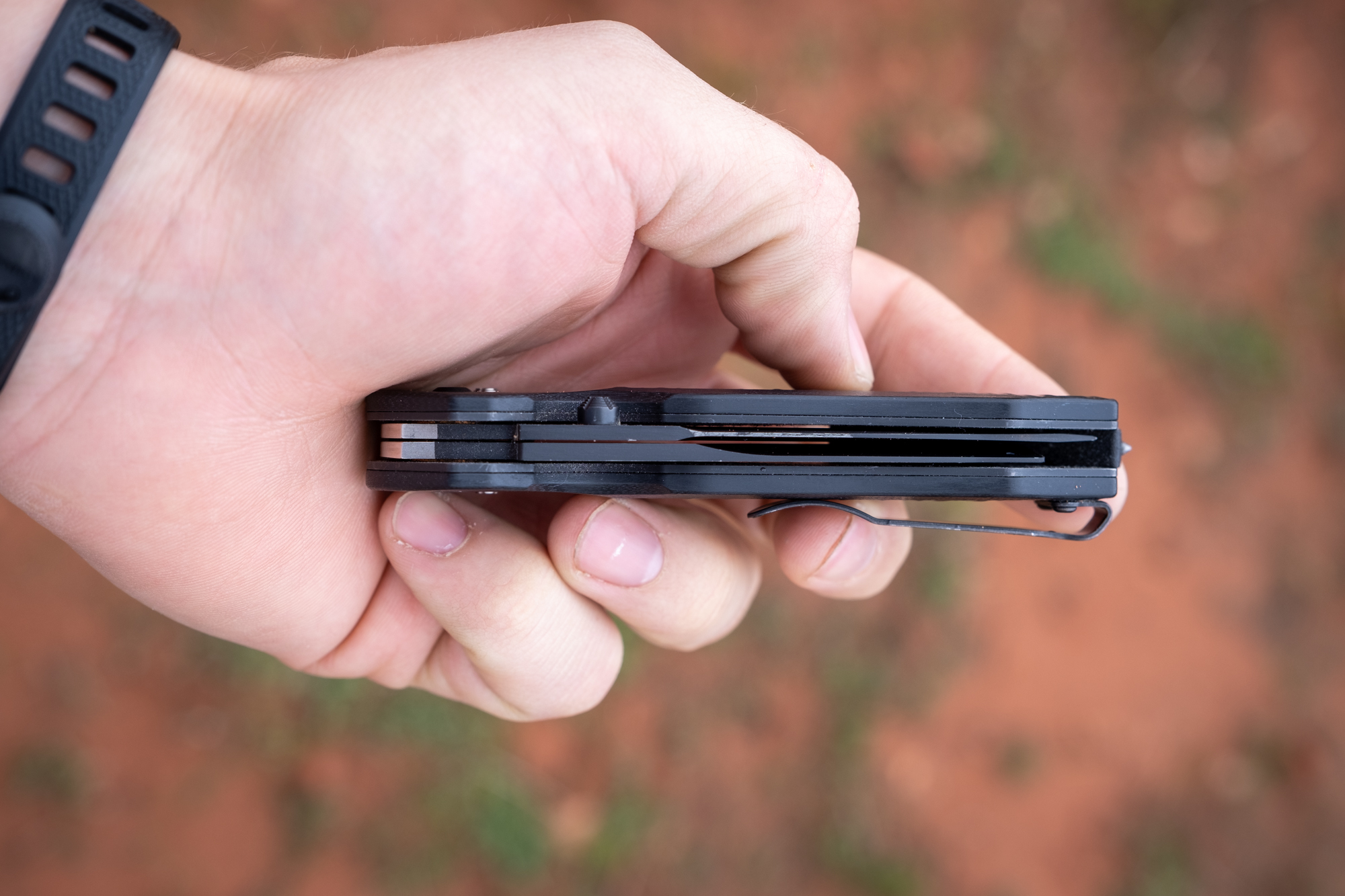 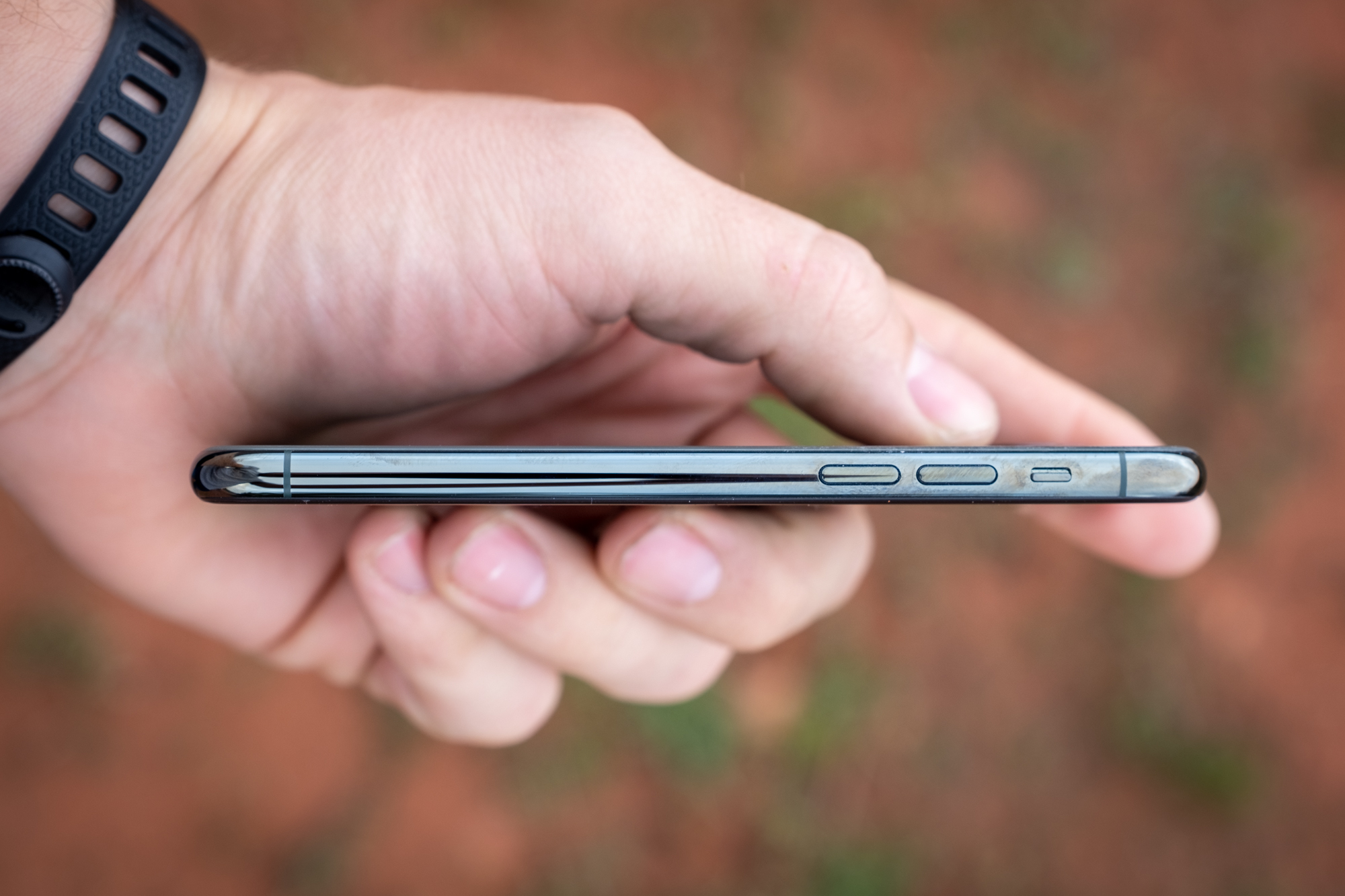 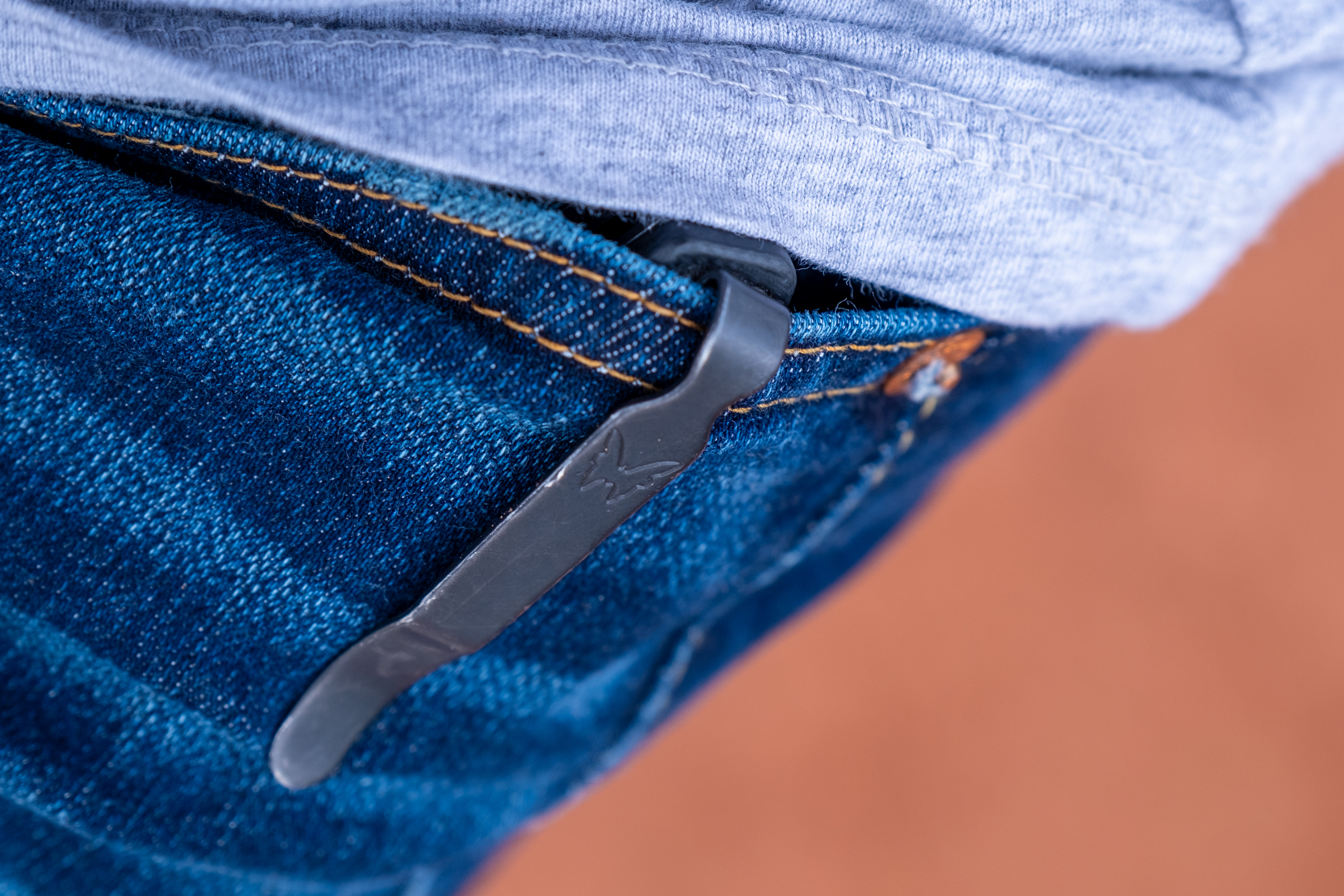 All things considered, the Outlast is a great knife and has served me well over the past few months. If you’re looking for a heavy-duty blade for fieldwork and use on camping trips it will perform up to the highest standards, and would certainly be among my top considerations. If you’re considering the Outlast for an everyday blade to carry around town, though, the size and weight may not be an ideal fit. For that, I’d consider checking out one of Benchmade’s ultralight slim options like the Bugout.
You can learn more about the Outlast by visiting the Benchmade website HERE. 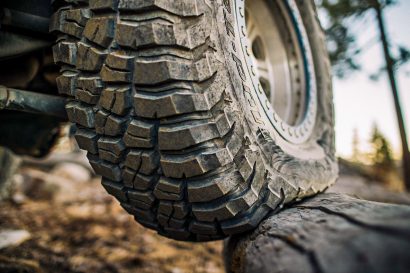 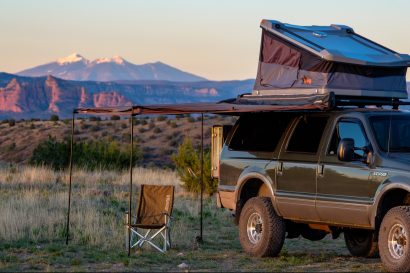 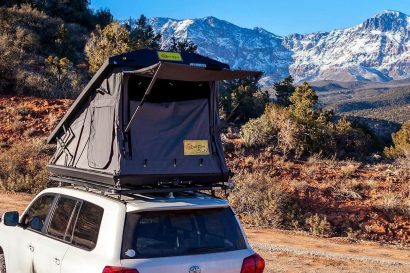