This may come as a shock to many of you, but I don’t take the time to cook gourmet meals in camp. I know it’s crazy, an overlander who isn’t a chef, but there it is. You won’t find seared ahi tuna, truffle oil omelets, or chicken kiev being prepared from the back of my truck, but more likely something quick and easy like tacos or soup. The truth is, I find myself caring very much about being outdoors, and very little about setting up complex cooking equipment and preparing a meal. For this reason I’ve always passed on bringing a barbecue over a propane stove. The stoves are generally smaller to store, easier to setup, and cleaner to put away than their charcoal powered brethren, making them an obvious choice for simple meals. You can imagine my reservations then, when my comrade Christophe Noel dropped this shiny little box on my desk for an upcoming test. 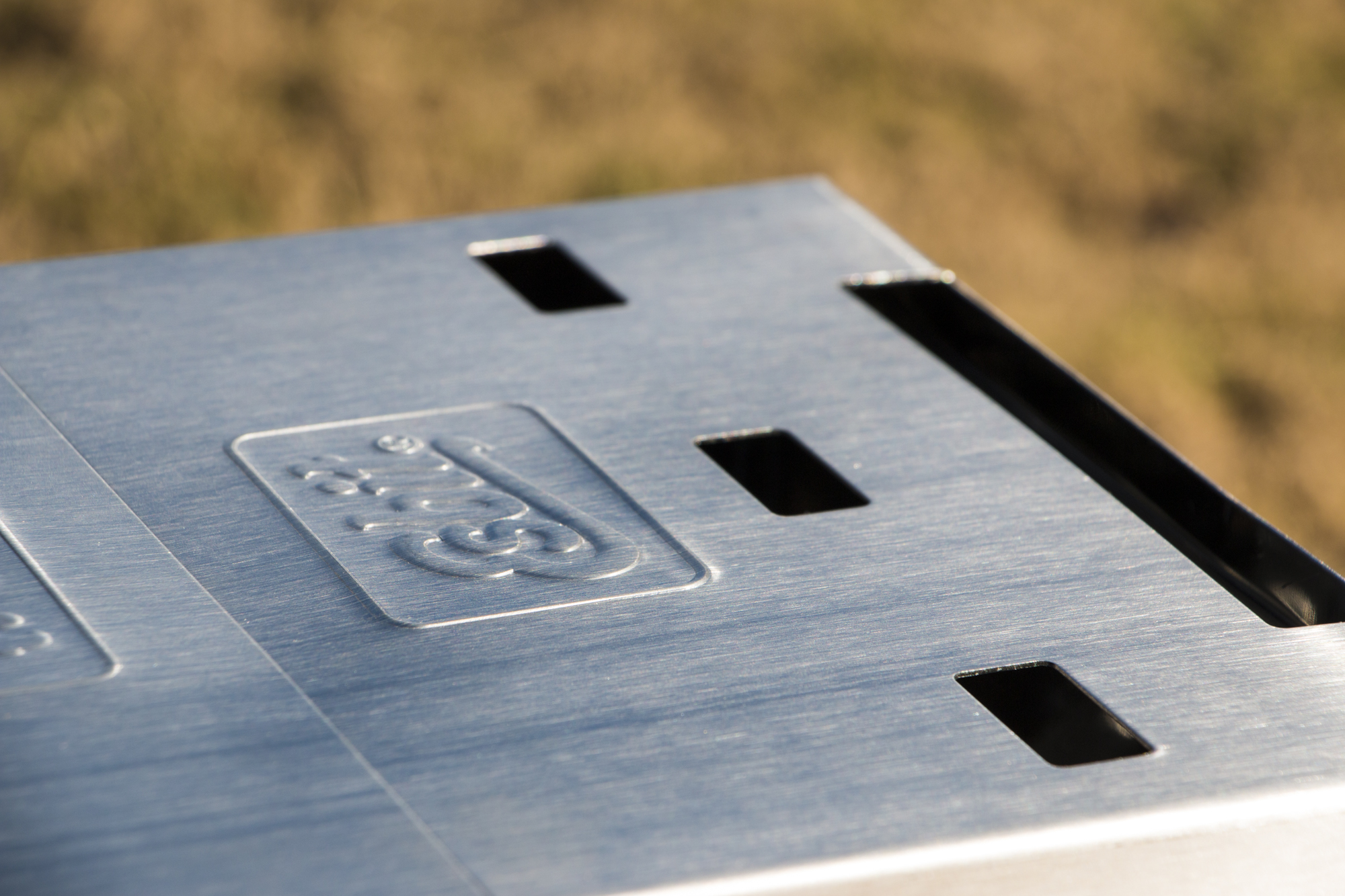 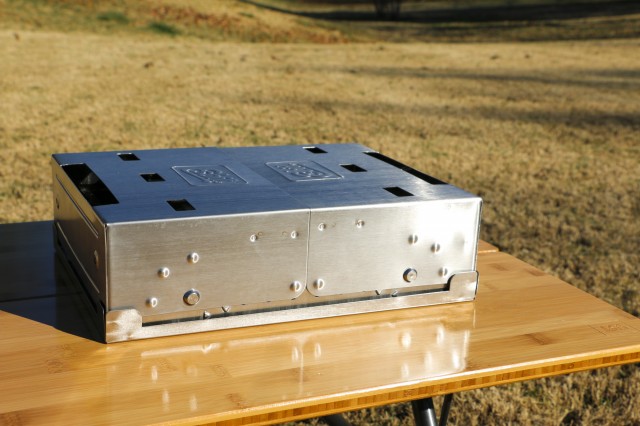 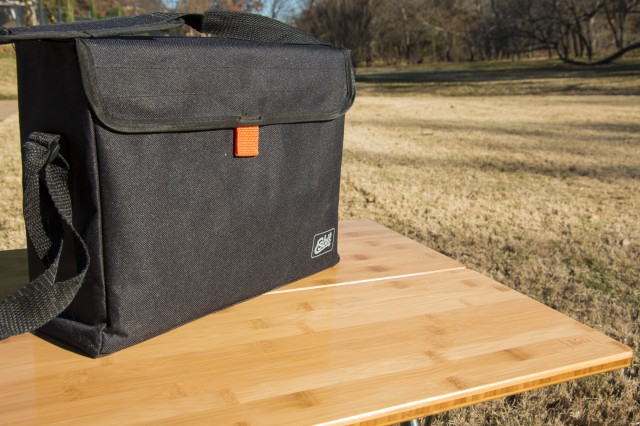 It’s called an Esbit Grill, and despite my preconceived notions on back-country cooking, I have to admit it’s actually pretty cool. Unlike most “portable” barbecues which take up a rather large amount of room, this space efficient stainless steel beauty folds into the black nylon carrying case seen above. When packed it measures just 3.5″x9″x12″, an impressive feat when you realize that includes the full-width grate, the height adjustment tool, two clean storage bags, a pouch of parts and screws, and a bag of charcoal. 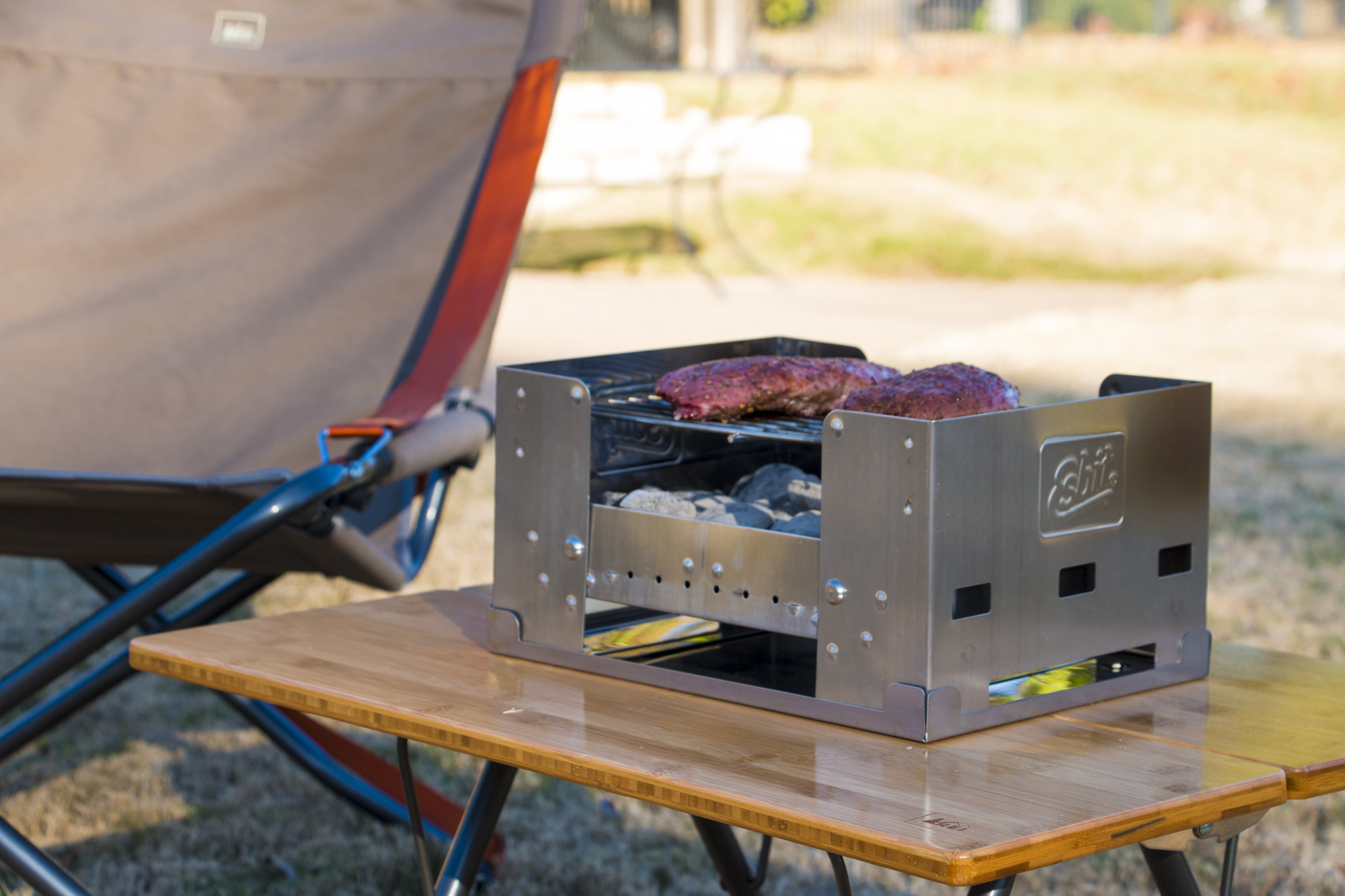 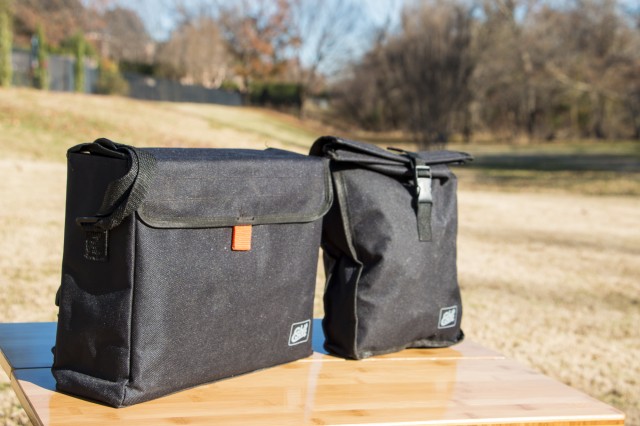 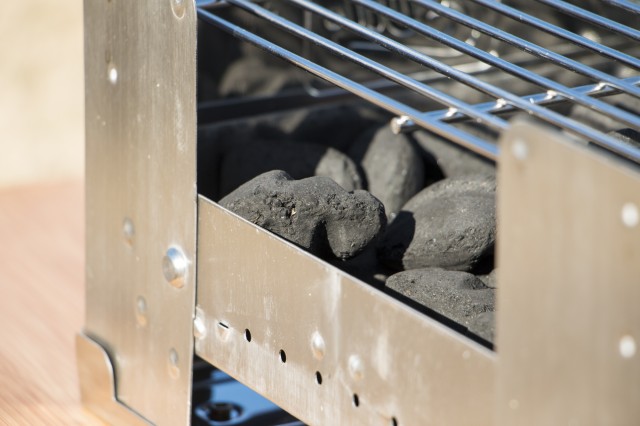 Setup is easy and intuitive with three basic steps. First the top slides open to form the sides and legs, which simultaneously reveals the charcoal and cooking grate inside. After pouring the charcoal into the base, the user selects one of three height settings for the food and then drop in the grate. Voila, start the coals and it is time to cook. Chalk one point up for ease of use.

Construction is sturdy but unfortunately feels a little tinny, something I suppose is to be expected from a grill aimed at being small and lightweight. The cooking grate sits level without shaking or rattling, and provides a large enough space to cook dinner for two adults, or possibly three if you’re really efficient. The heat retention is excellent and will keep things going for a long while, making seconds and thirds an easy option when you’re really hungry.

I’d be lying if I said the overlander in me didn’t love the look of the metal finish, but like any polished surface it is susceptible to becoming dirty and scratched by its surroundings. The grease from food smears it, and the heat from repeated use tends to add discoloration. A quick cleaning after each use will go a long way in preserving its looks. 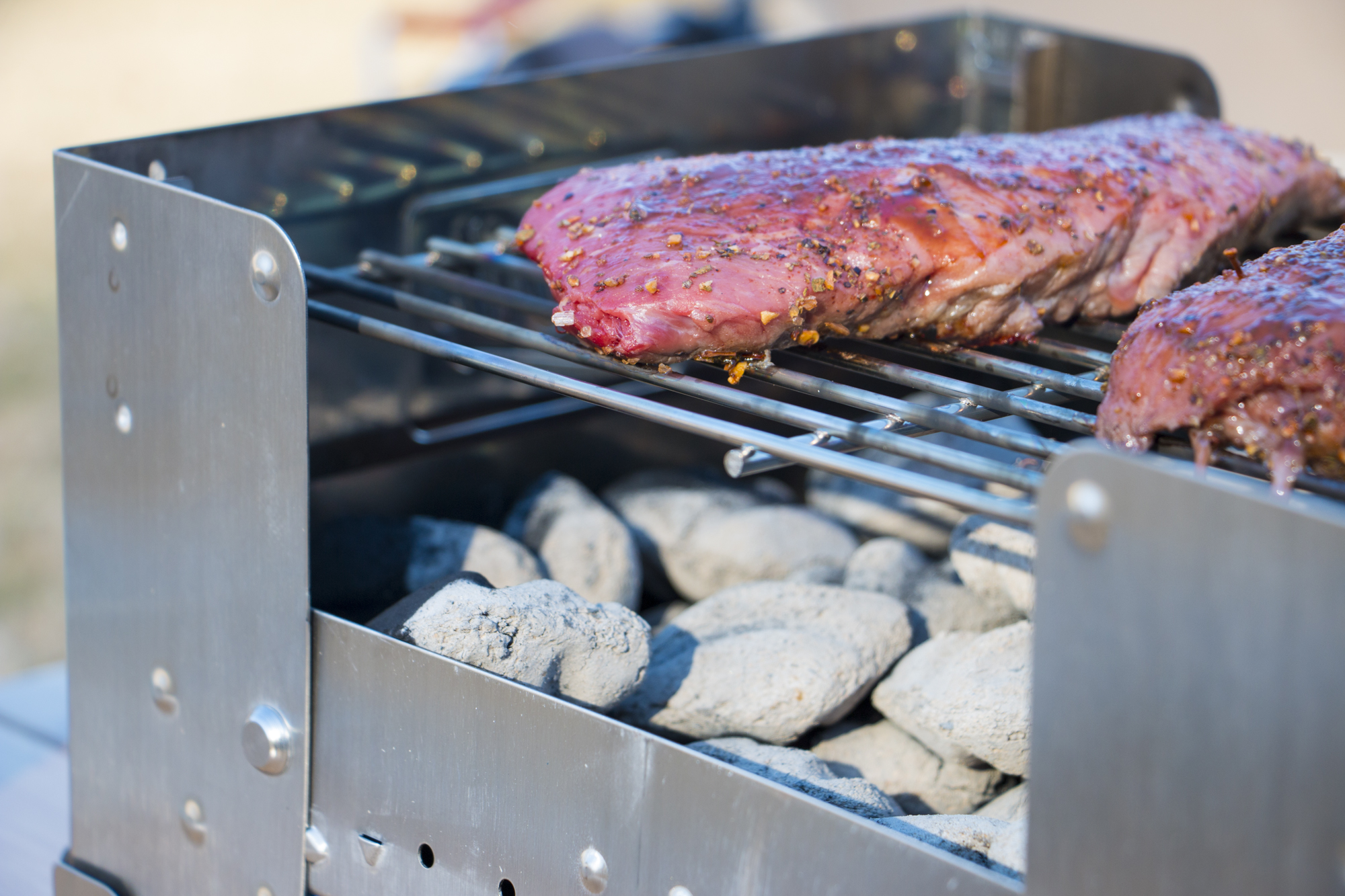 In addition to the great design, I felt that some of the accessories included with the purchase were absolute genius. For starters I love the waterproof charcoal bag which lays neatly in the base of the grill. Not only does it keep a pre-portioned amount of briquettes sealed and ready to go at all times, but it prevents the annoying black soot from getting all over your vehicle and gear during transport. I also really appreciated the two button-up clear storage bags. While not the highest quality things in the world, they keep the grit and grime from the grill off the nylon bag until you have the chance to properly clean it. 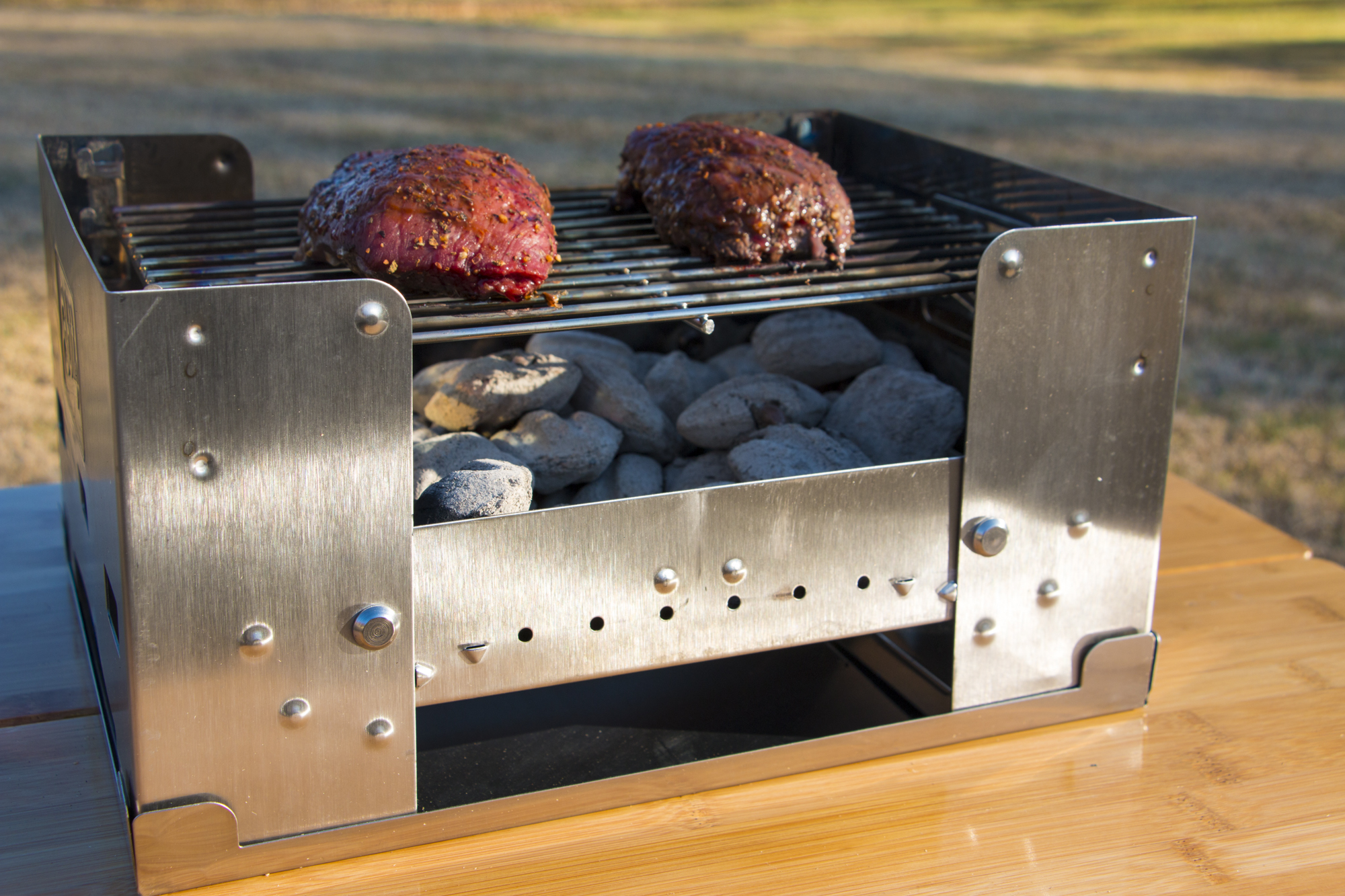 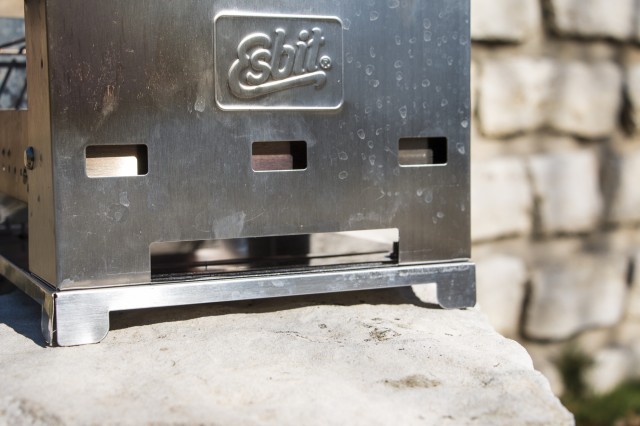 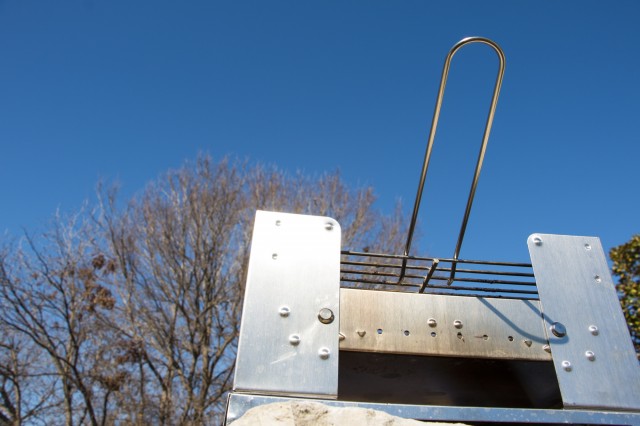 Unfortunately, a few accessories were a little less impressive. The top cover for the grill is meant to serve as a base with four raised legs, which installs by hand turning four screws into the the bottom of the grill. I’m sure the intention was to prevent excess heat from reaching your table by using air as a thermal barrier; a really cool idea, but it seems a little pointless when the thin metals legs scratch whatever is beneath them anyway. The adjustment “tool” was another accessory that could have been awesome, but ended up just okay. The idea was to slide the u-shaped stick into the grate so you can move it up or down when hot, a task they probably tested when the grilling surface was empty. When you load it with food however, the narrow tool has a hard time keeping everything balanced, resulting in an annoying battle to keep the food together while sliding the corners into four independent small spaces simultaneously. Widening the end of the tool would have made a lot more sense and made the height adjustment process a non-event. 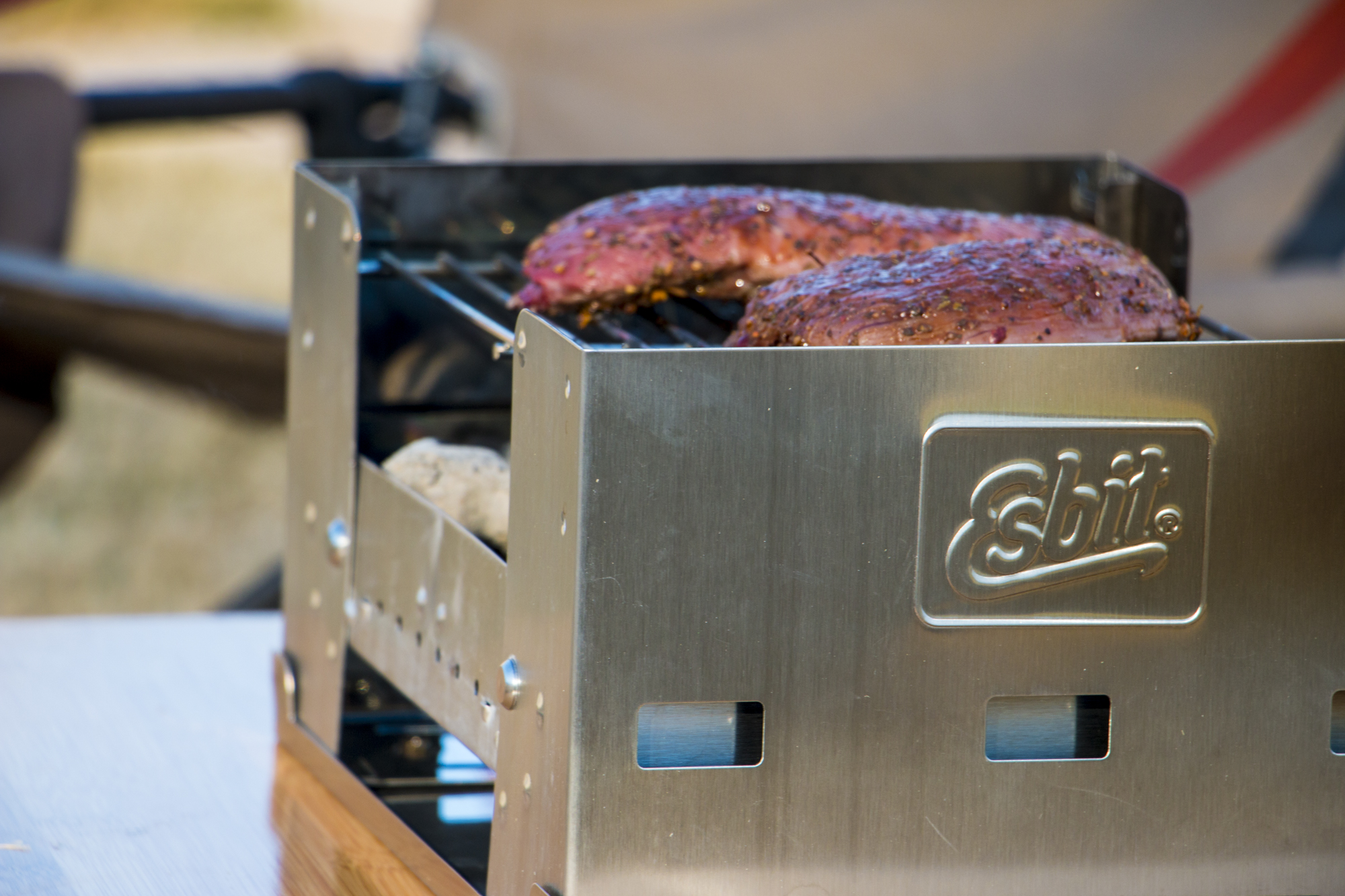 When all is said and done the Esbit cooks well, but not much differently than any other charcoal grill; so what makes it special?  For me it is the combination of a compact design and ingenious accessories. If I get the hankering for some steaks on the grill, I’m no longer dissuaded by the thought of stuffing a dirty charcoal bag into the truck, packing and stowing a cumbersome BBQ, or trying to prevent grease and soot from getting on everything. Instead I can toss this small ready to go kit in just about anywhere and be on my way. It’s simple, it’s cool, and it almost makes cooking… fun.  Heck, it might even inspire me to try my hand at something gourmet, just don’t tell my poor camp-mates.

For more details, or to learn about the company, check out Esbit’s website here. 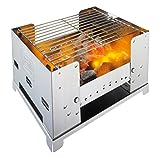 The Ford Ranger In America: If You Could Buy One, Would You? 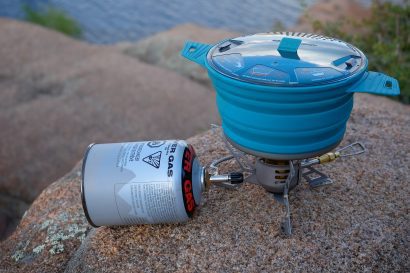 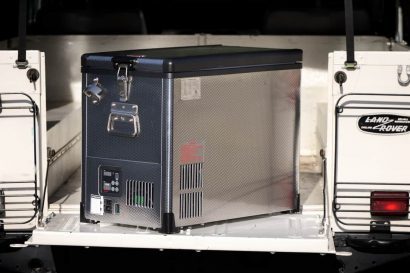 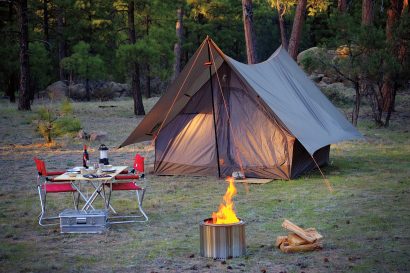