It goes without saying that the more than 100,000 members of Expedition Portal have quite a collection of fine trucks. ExPo member johanso of Sweden recently completed the build of his 2001 Land Cruiser, and with his wife at his side, has already used it to embark on a host adventures including a trip through Sweden, Norway and Russia.

Johanso was quick to point out that the mission with his build was to add only the necessary modifications needed to travel solo in the wild places near his home. Keeping weight to a minimum meant sticking with factory bumpers and omitting some of the heavy hardware other overlanders use. This was done to bolster fuel efficiency and reduce complexity.

“I had a similar car but a shorter 3 door version a couple of years ago and missed it ever since I sold it. So when it was time to get a new Land Cruiser for some travelling I knew what wanted. I prefer the looks and simplicity of the 90 compared to it’s successor the 120 but it was rather difficult to find a clean one with reasonable mileage and the 163hp D4D engine which only was available in 2000 and 2001. After a couple of month of scanning the classifieds I found the right car. One owner car with 110000 miles.”  – johanso 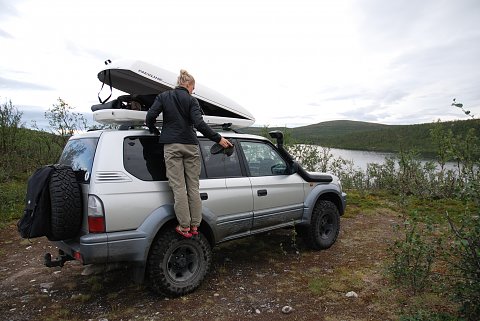 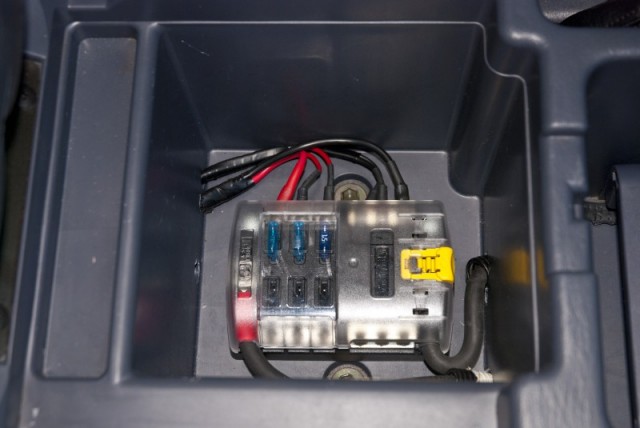 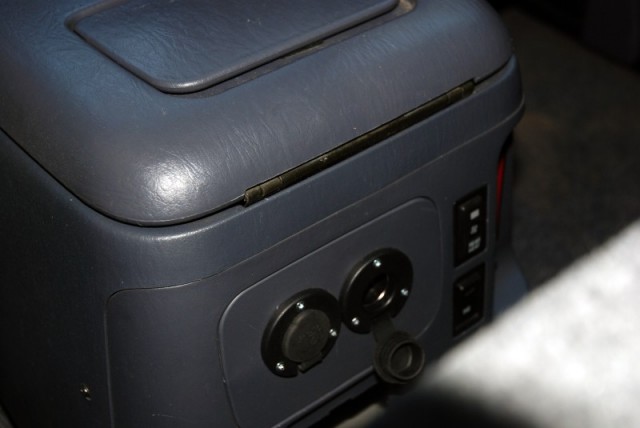 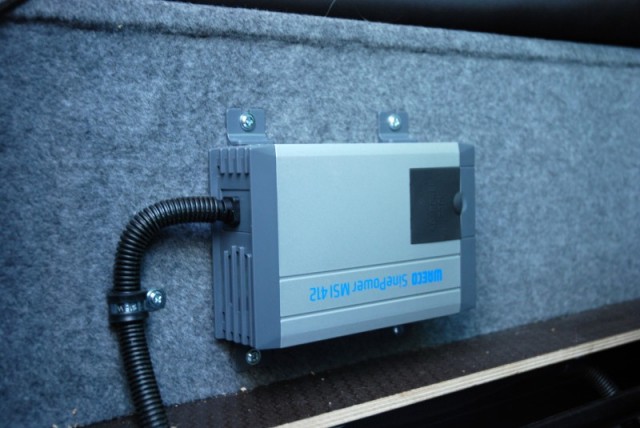 Careful detail was applied to the selection and installation of key electrical components.

“During the long winter months I started to plan for making home made drawers. I want to have the possibility to sleep in the car so I made the drawers in two sections. With only the rear section in place the rear seat can be kept in the car. With both sections in place the platform is around 180 cm long.

The objectives where to keep weight and cost low and to be able to take out the drawers fairly easy. I built the drawers from 12 mm marine plywood that was covered with a grey felt fabric in similar tone to the oem carpet.” – johanso 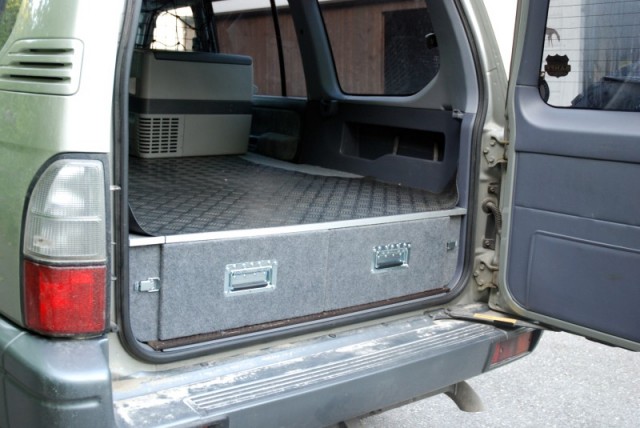 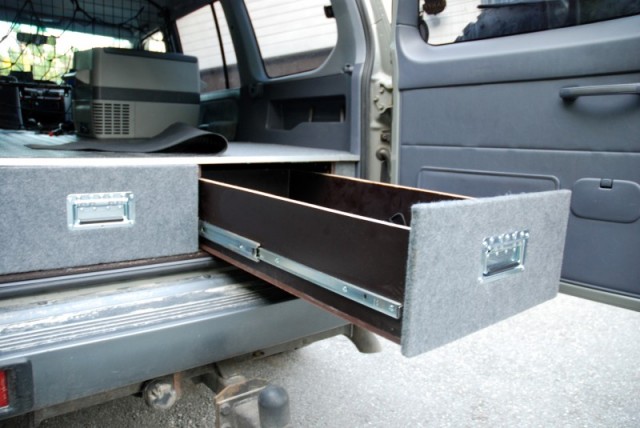 The drawer system allows for ample storage, anchors the refrigerator, and serves as a sleeping platform. 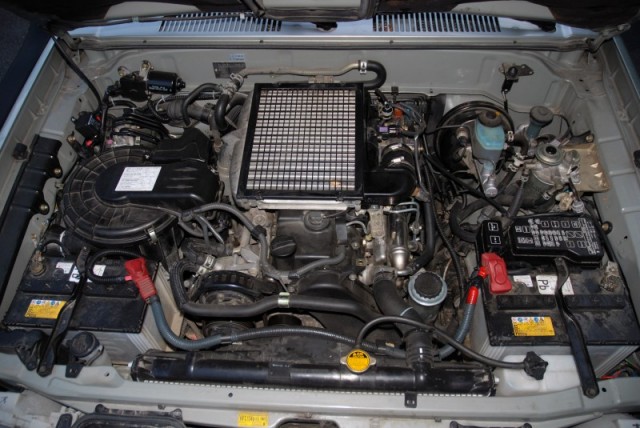 “In the Northern Hemisphere Land Cruiser 90 was fitted with two starter batteries. I wanted to be able to run my fridge an inverter and other things separately and started to look at different solutions. I’m not that good at electricity so i wanted to keep things as simple as possible.

Most solutions I found was made in a way so that the second battery is a just an auxiliary battery and doesn’t help the starter. In my case I was wasn’t willing to give up the possibility to use both batteries for the starter since I sometimes need to do cold starts in the winter time when I don’t have access to an outlet for the heater.

Blue Sea has kit called ”Add a Battery” that looks promising since there is both a charging relay and switch where you can choose between separating the batteries or running both as starting batteries. Since under hood space is limited and I was unsure whether this kit would cope with a high compression diesel starter I decided to wait. I started of with a really simple solution where I run the fridge on both batteries. I just have to keep an eye on the charge the batteries gives so I don’t flatten them.

So, from the second battery I ran a 16 mm cable to an inline fuse and then to a 100 amp relay. This relay makes it possible to completely shut of this circuit with a switch on the panel. The cable then goes in to cabin and in to the arm rest box between the front seats. There I mounted a Blue Sea fuse box with a separate fuse for every circuit. I thought that box would make a secure and easy accessible place for the fuses. I’ll have to fab up some kind of plate to protect the fuse box and use the space for storage. Don’t want to throw down a set of keys there with the power on…” – johanso 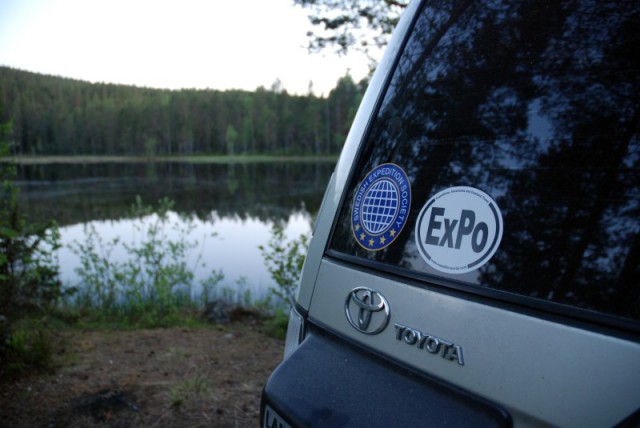 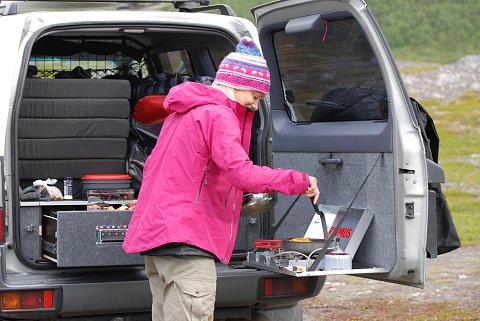 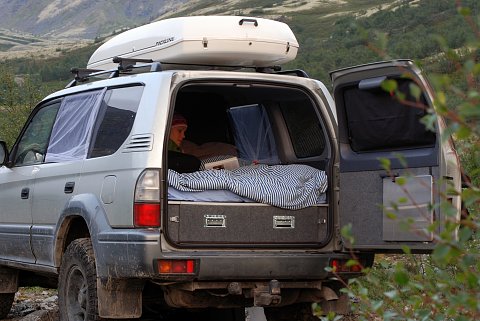 Cooking is made easier with a drop-down stove and prep table. The sleeping quarters make for easy camp set up.

“My wife and I just completed a trip that went through Sweden, Norway, Finland and Russia.
I’ve always wanted to go to the Northen part of Norway and the Kola Peninsula in Russia. Unfortunately its 1500 km just to get there from my hometown Stockholm. So even if would require some hours behind the wheel we thought it would make sense to visit both places at the same time.

In brief our planned route was:
Going from Stockholm up to Kiruna and Abisko National Park which in my opinion is one the most beautiful places in Sweden.
From there we headed further up north through Finland in to Norway.
In Norway we followed the coast and drive east towards Kirkenes and the Russian border.
First stop in Russia was Murmansk and then south to Khibiny Mountains.
Further down south to Kandalaksha and the White Sea Coast.
Then along the White Sea Coast where we explored the small fishing villages. Varzuga River is as far east as you can go on the Kola Peninsula with 4×4. To go further east you need helicopter or boat.
On our way back home we drove towards Salla, thorugh Finland and then along the coast of the Baltic Sea south down to Stockholm.” 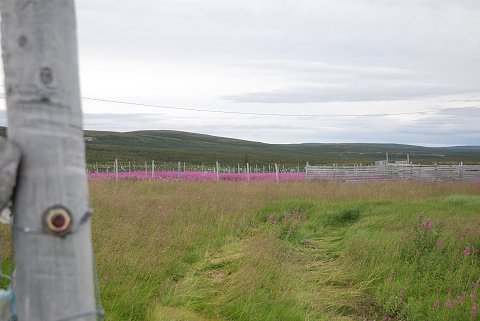 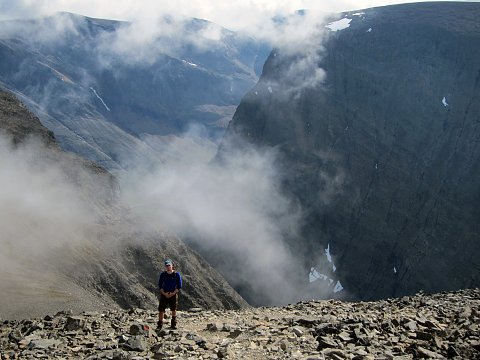 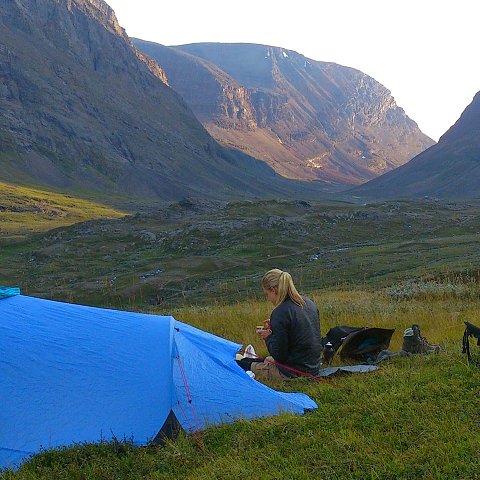 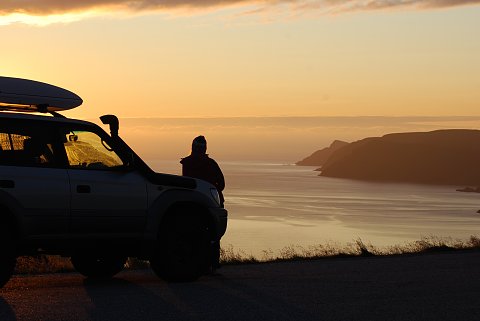 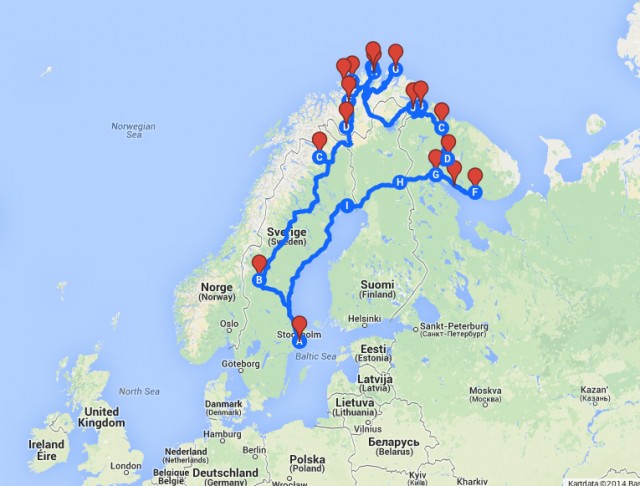 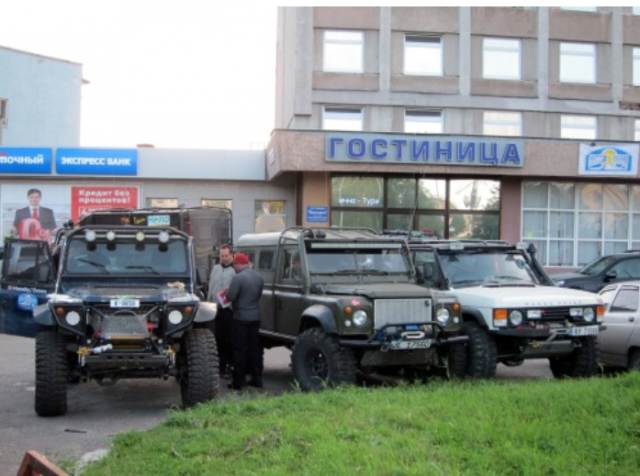 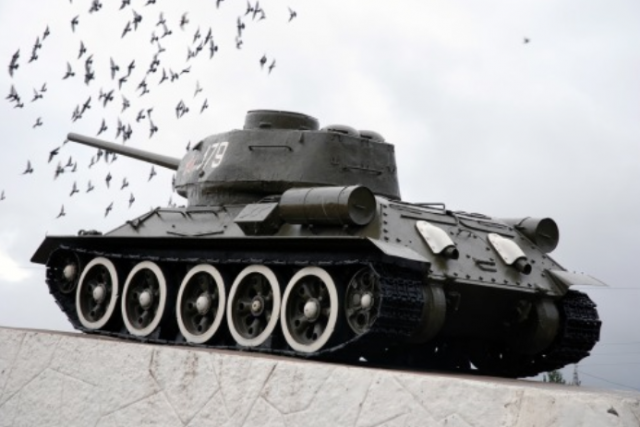 You can read the whole thread on Expedition Portal [HERE]. 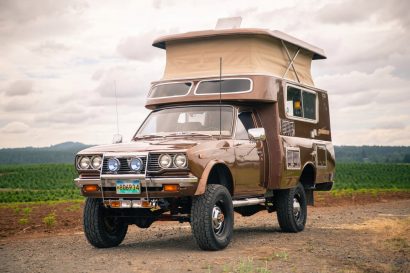 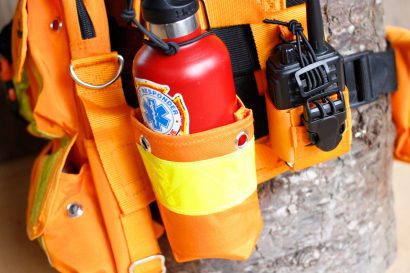 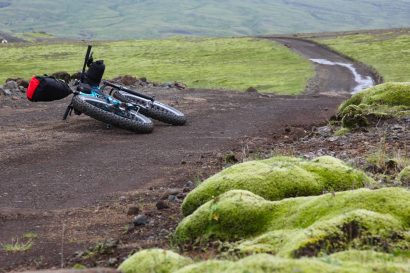 Bikepacking: How to pack your bike for a successful trip