Long wheel-base pop-top vehicles are some of my personal favorites. The extra storage capacity provided by their length, combined with the ability to move around and “live” inside the cab makes them ideal long distance travel vehicles. Land Cruiser troop carriers and Defender 110s are common choices for this sort of setup, but to see an extended Puch G with a lifting roof is a little more rare. After spotting this steely blue beauty on instagram, we decided to contact the owners for a few more details. 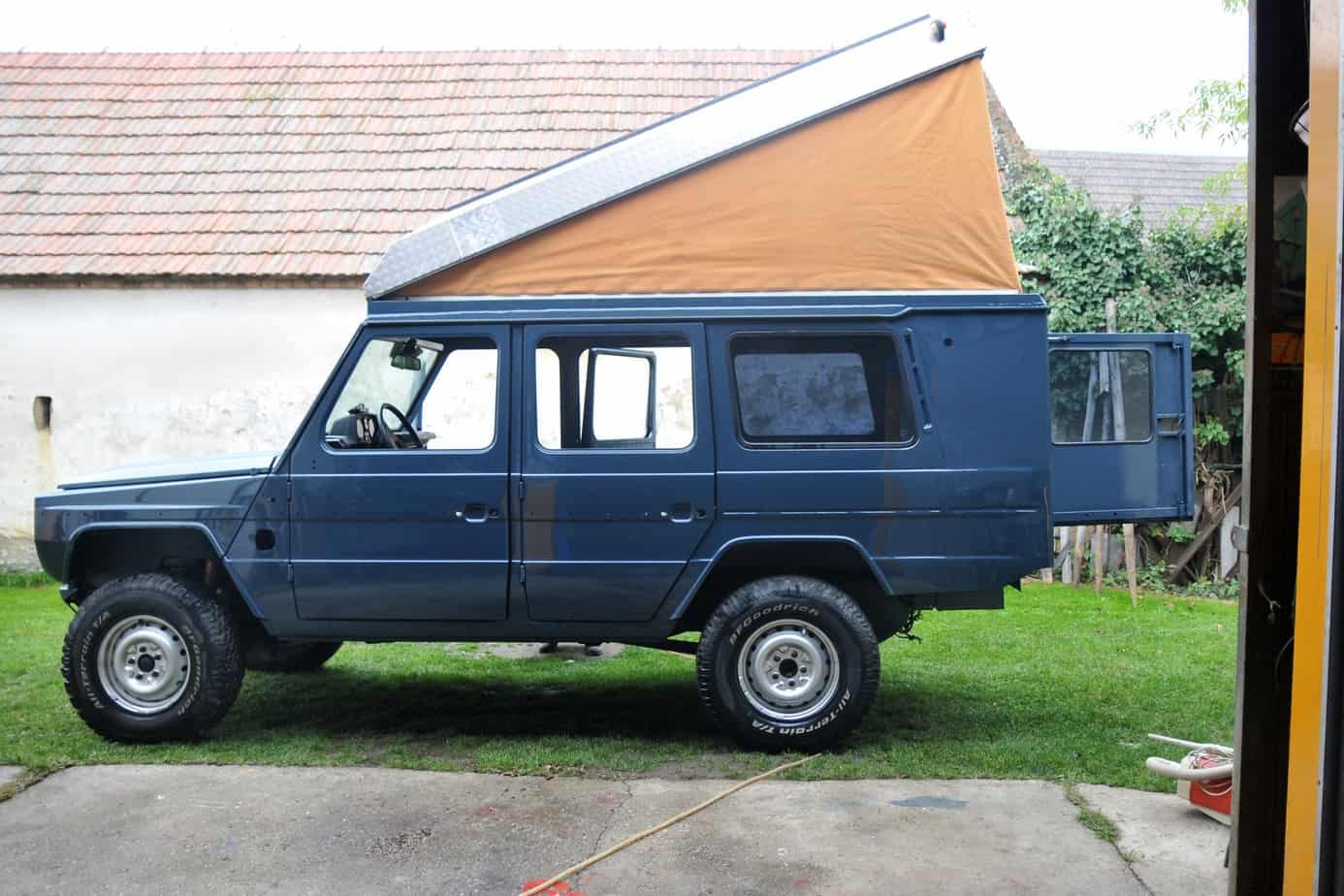 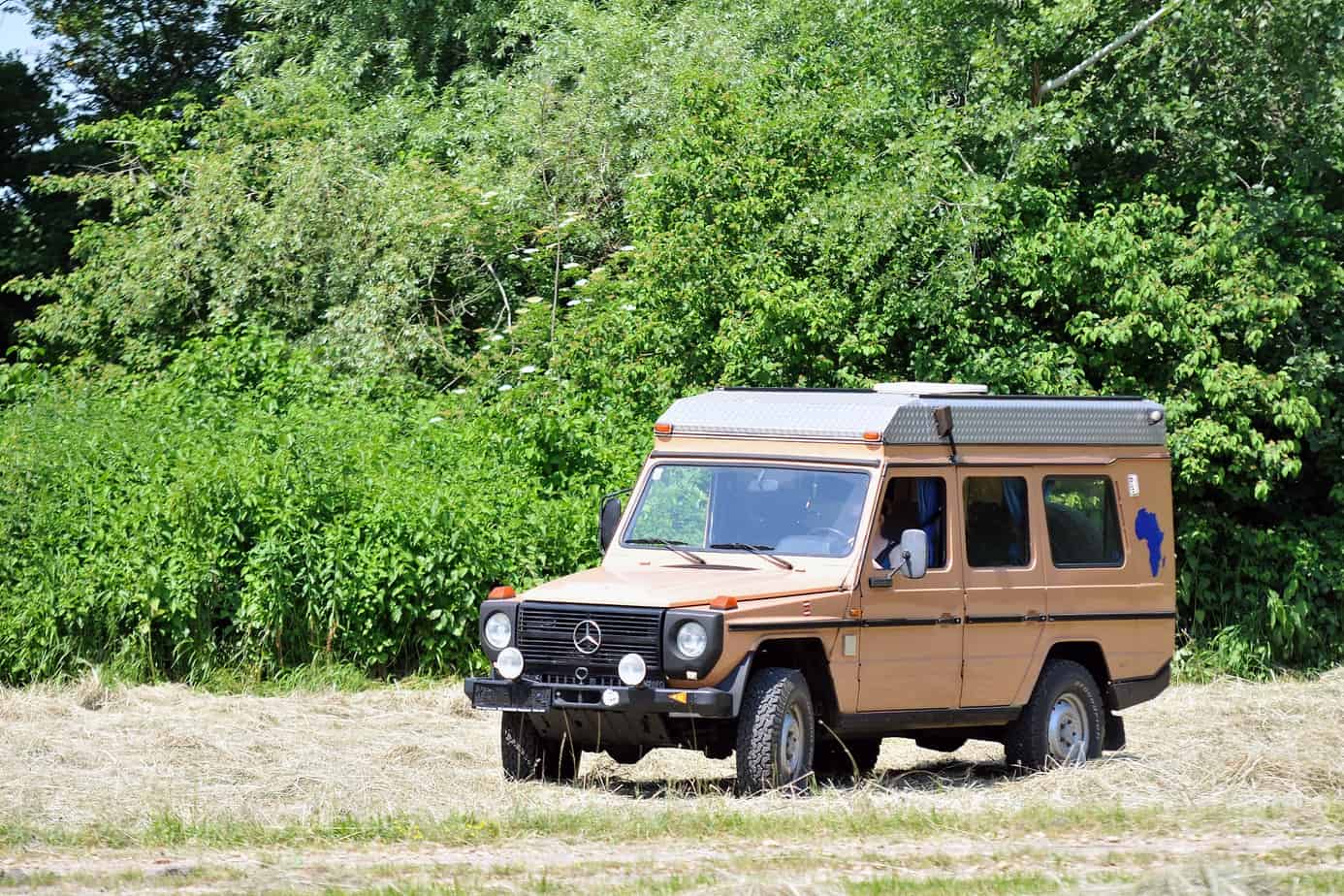 Can you tell me more about its history? How did it end up as an extended pop-top?
“What do we know about our G´s past? In its first life, it had been used as fire truck in Switzerland. Indeed in some areas of its body the former blazing red colour surfaced- an unquestionable evidence of its former existence. When serving in the  Swiss Fire Brigade the car was also extended about 50 cm (20 inches). A simple modification which turned out to be a blessing and a curse. A blessing due to the additional space gained, a curse given that this part is particularly prone to rust. After its retirement as fire fighter, the G was sold to Germany where a pop top was added.” 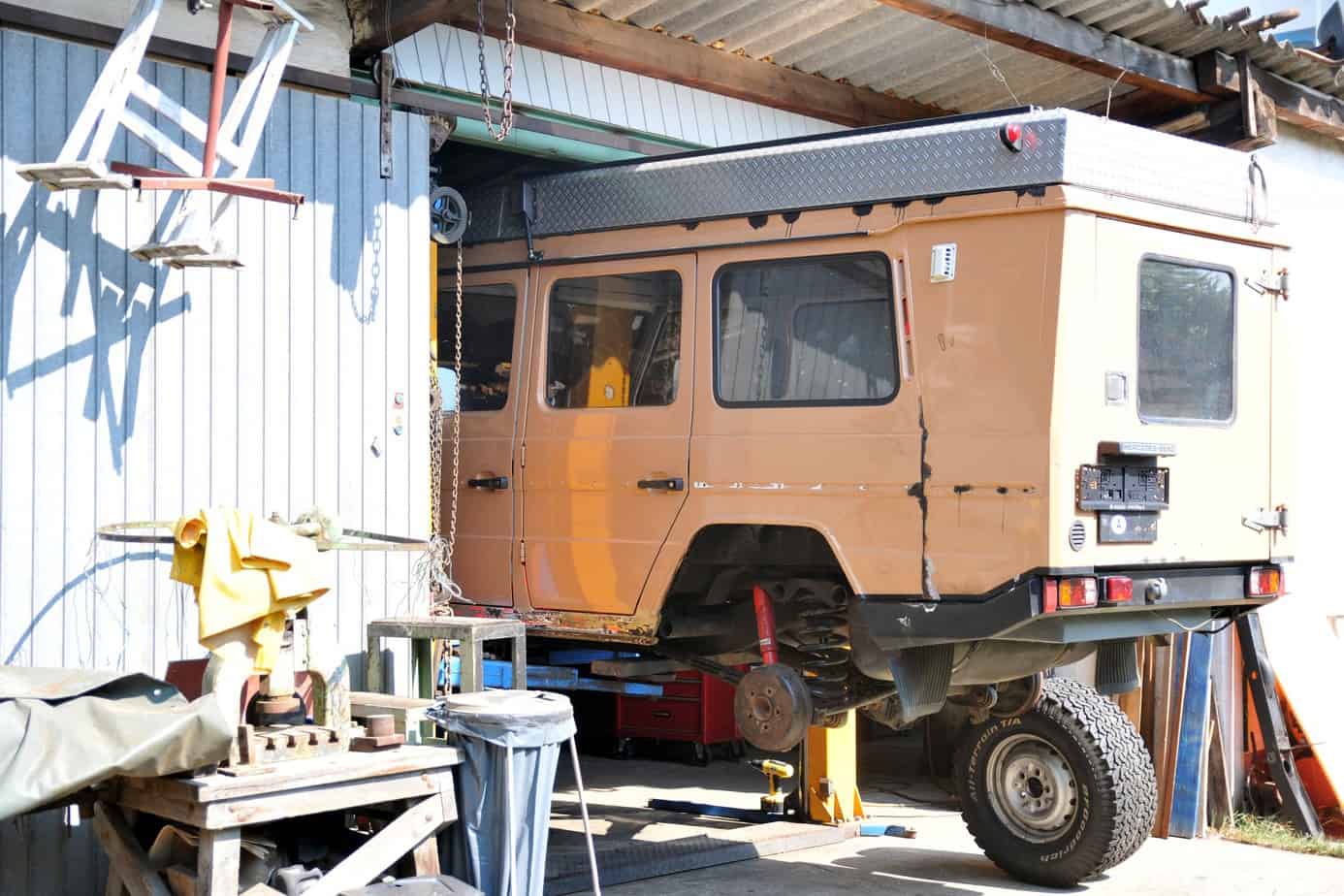 How are you preparing it for a round-the-world trip? What changes have you made?
“In his undertaking of remodeling the G into a camper,  the previous owner retrofitted it with some poorly timbered furniture, of which we immediately knew that we needed to get rid of. No sooner thought than done. Unfortunately when dismantling the interior it revealed how much rust had spread in the bodywork. In the end more time than initially planned was spent on cutting out heavily attacked parts, welding new pieces in, and preventing well preserved spots from future corrosion. In secret we know that with a 32 year old car you can never win this fight.  We disassembled the entire car- inside and outside, and after months of work spent on cleaning (plenty of orange sand found under the floor plate hinted us that G must have crossed a desert), grinding, welding and repairing, we are currently in the process of planning a new interior that meets our requirements for taking the G on an adventure. At some stage we also changed the color from somewhat brown to blue.” 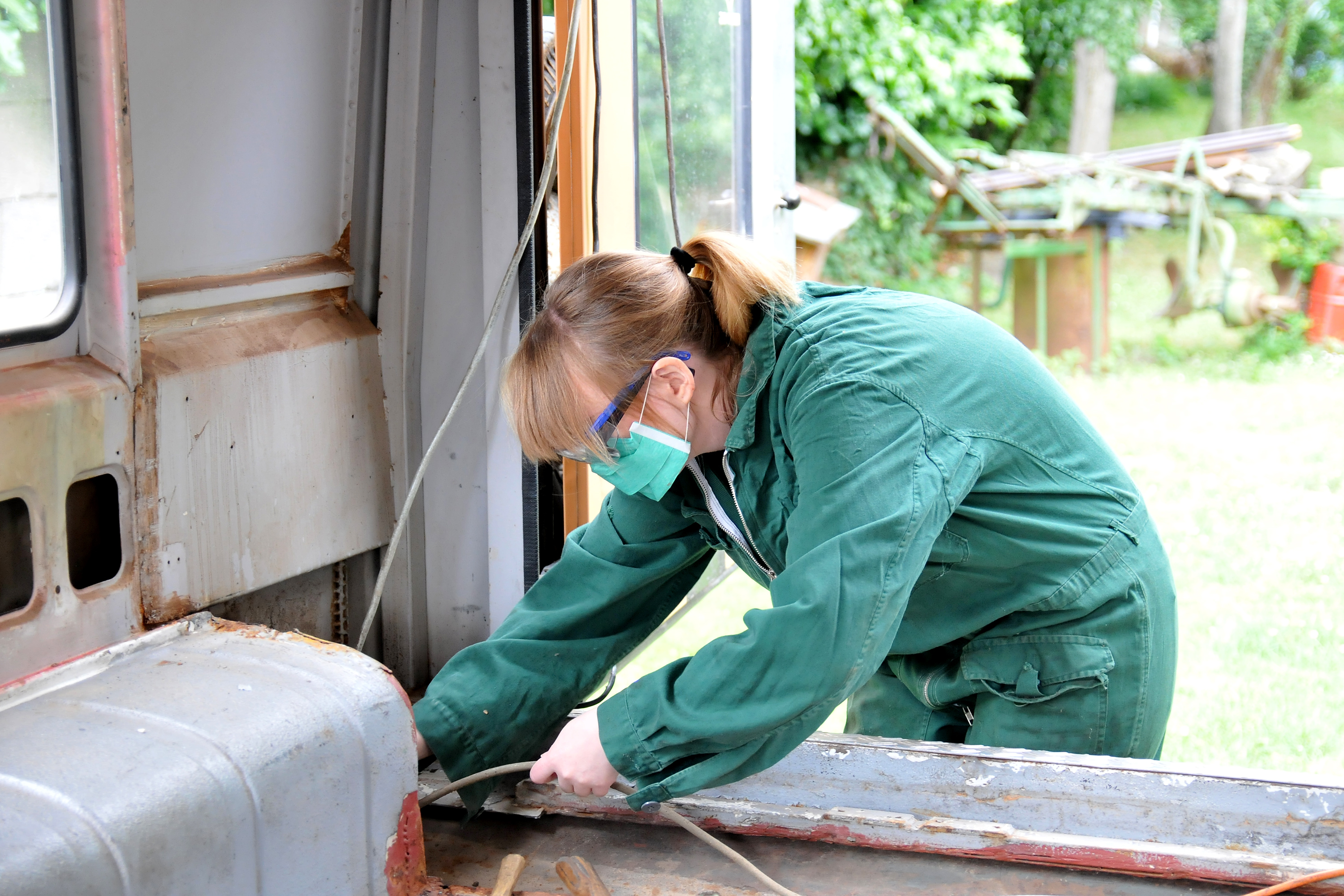 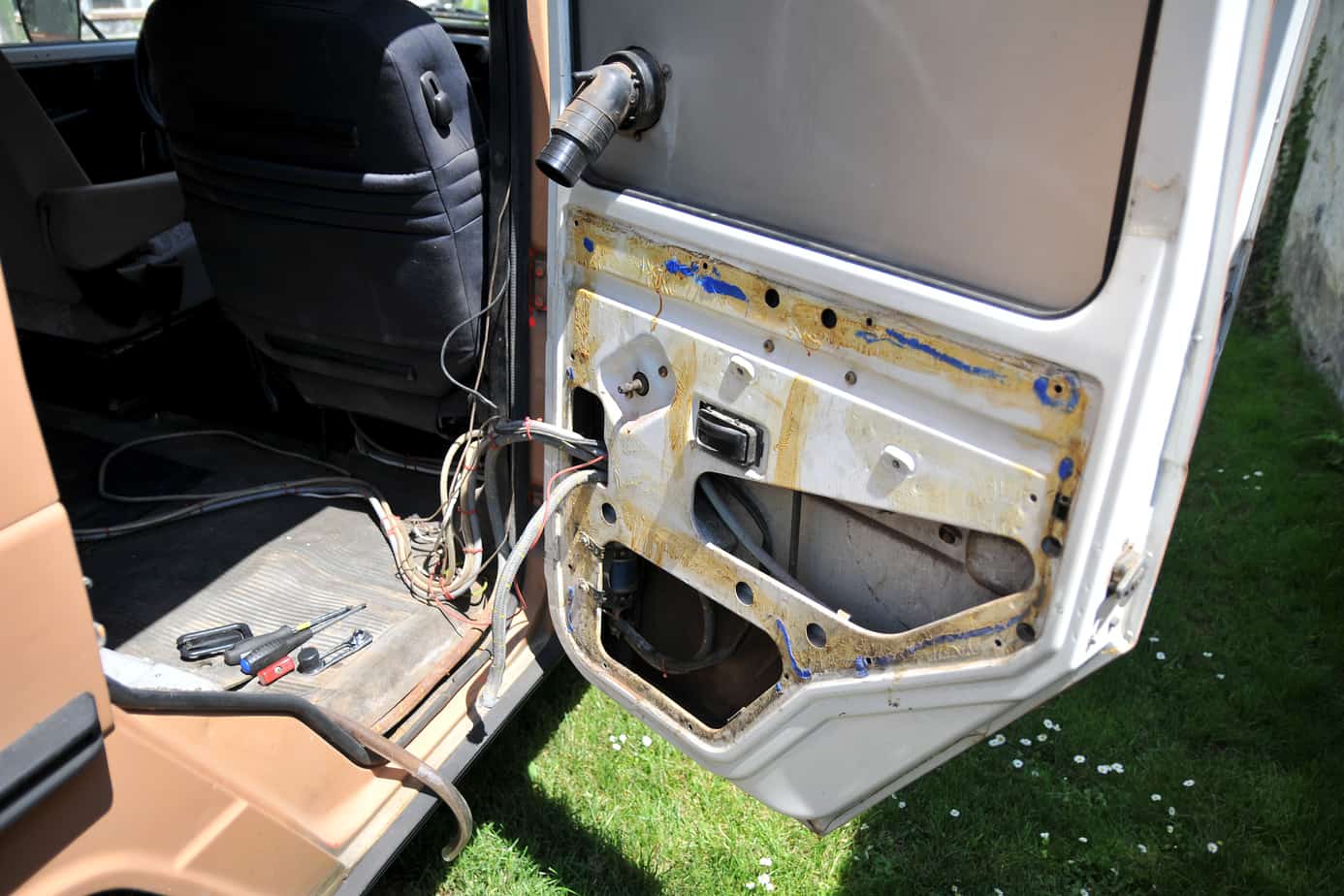 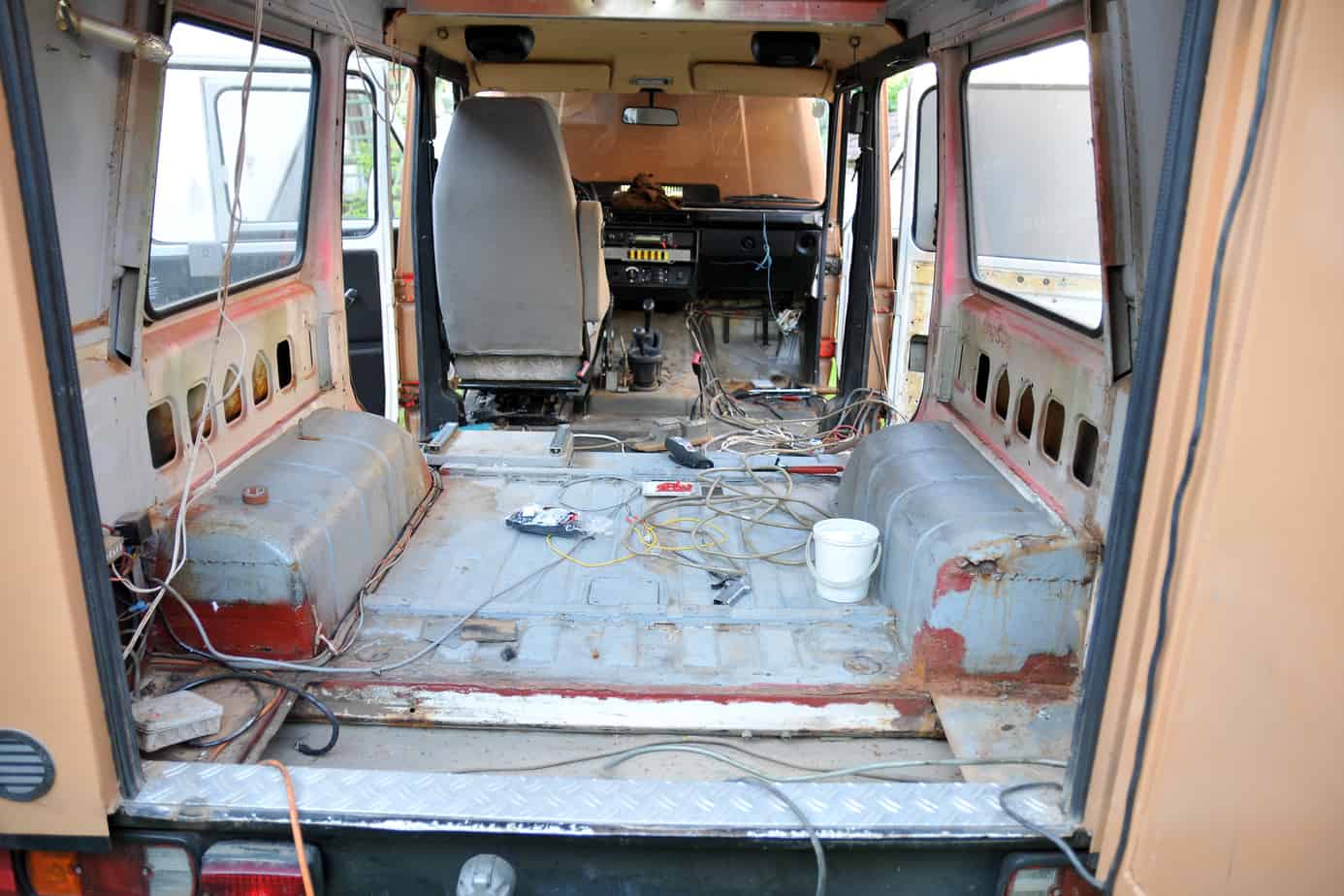 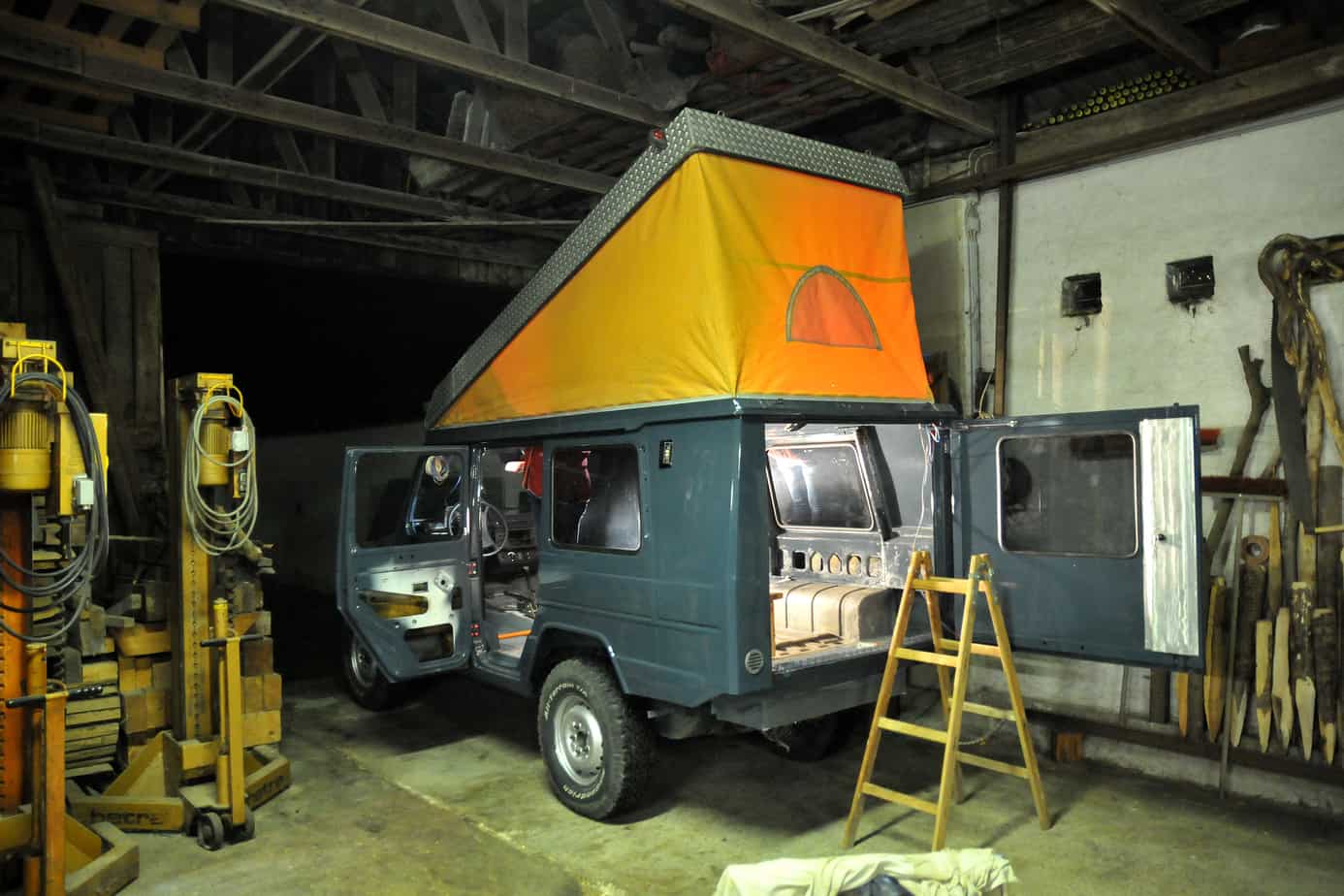 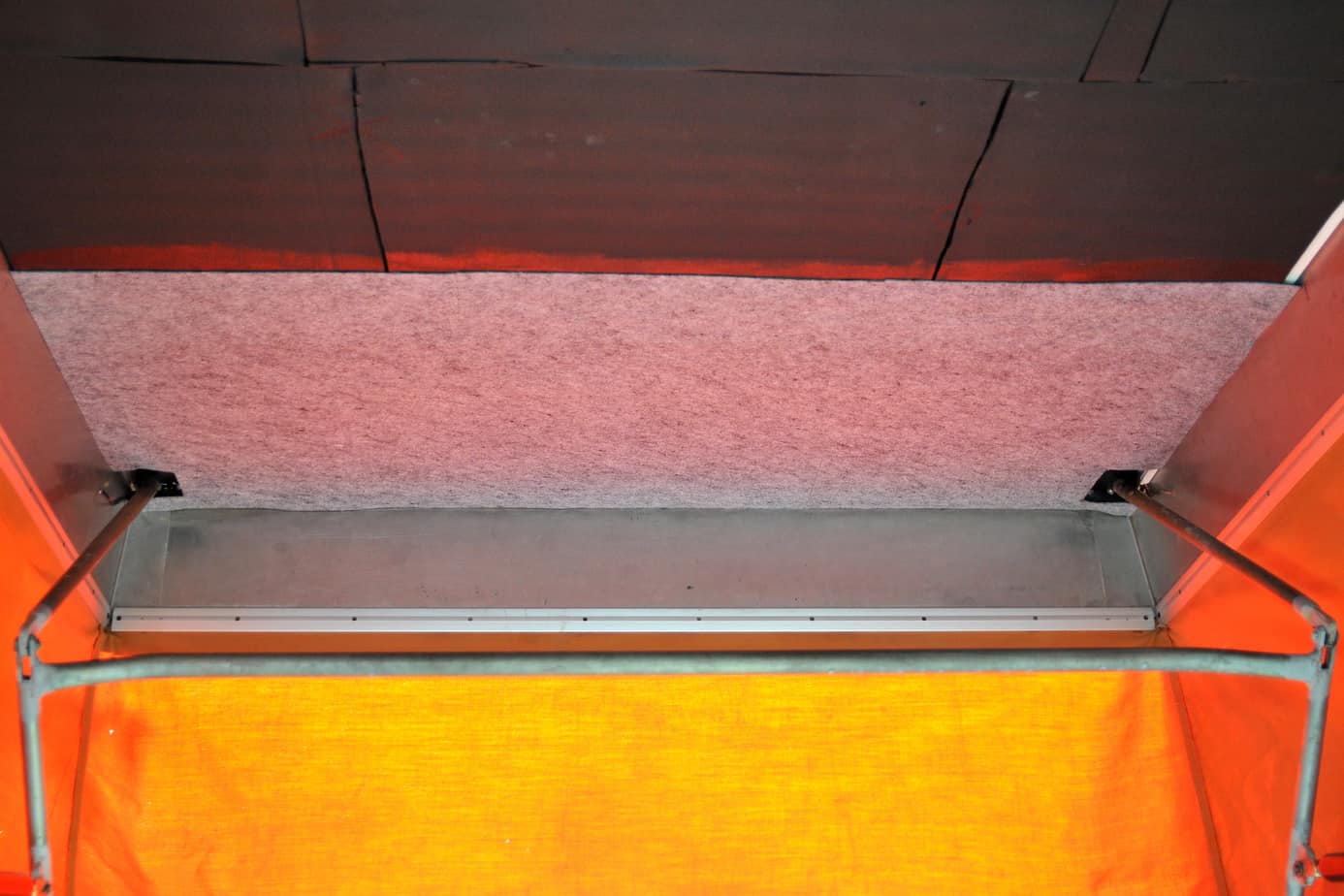 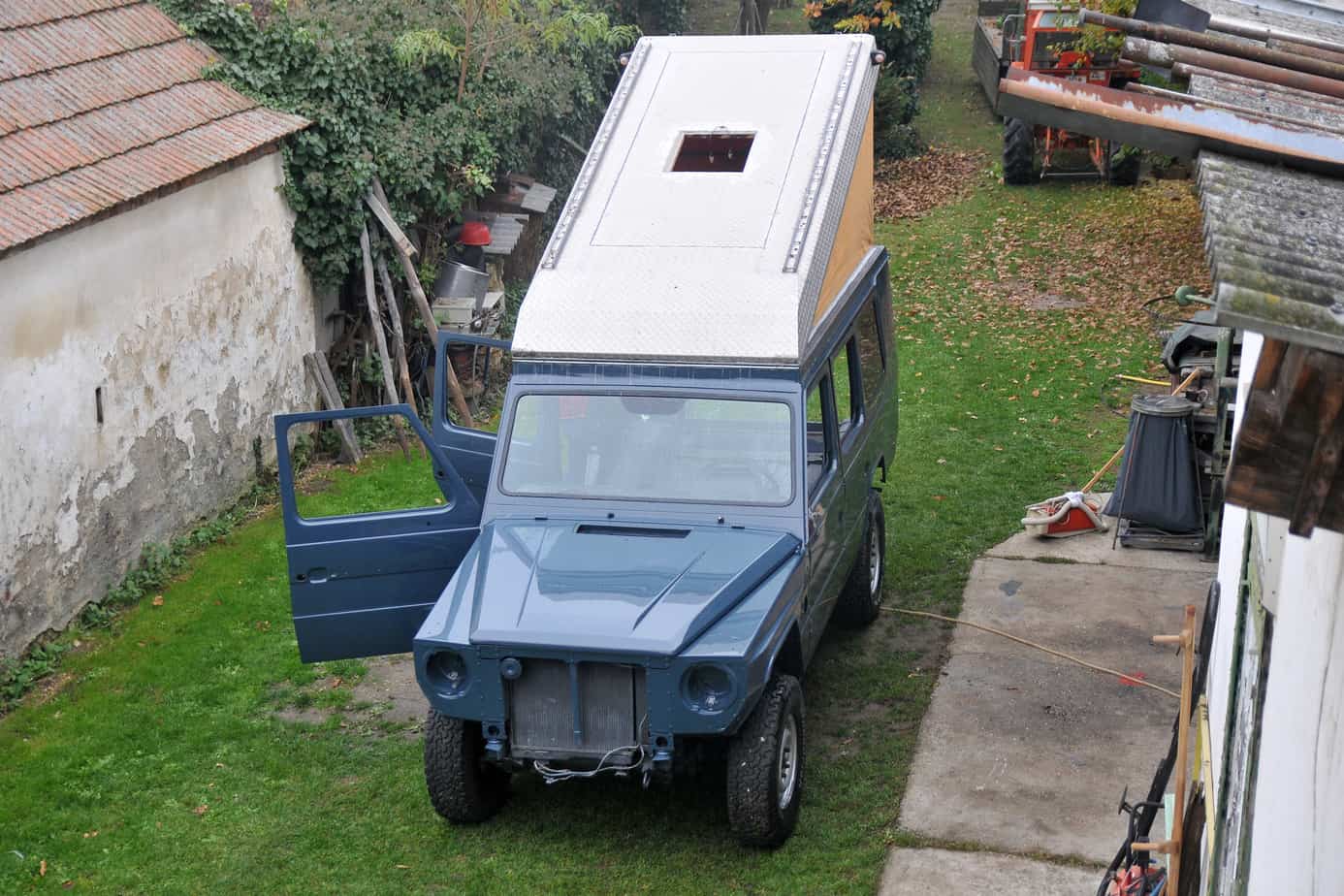 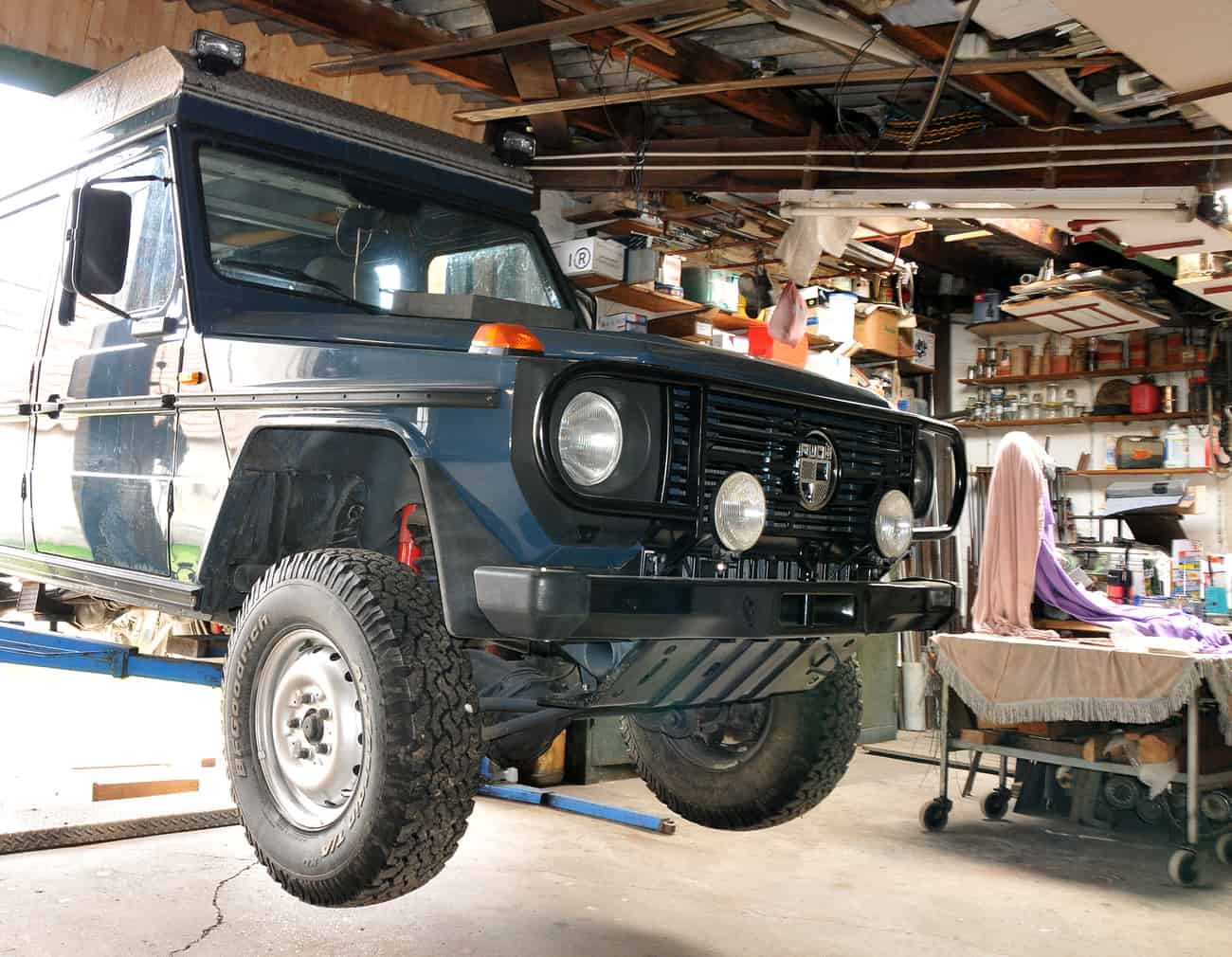 “Given that the G was built by Magna Steyr (formerly Steyr-Daimler-Puch) in Austria and was originally sold as Puch, an important step was removing all the Mercedes Benz signs, giving the G back its identity. For certain markets, like Austria, Switzerland, Former Yugoslavia, Great Britain, and some parts of Africa it has been sold under the Puch name as “Puch G”, while in the rest of the world it was sold as “Mercedes G”. “ 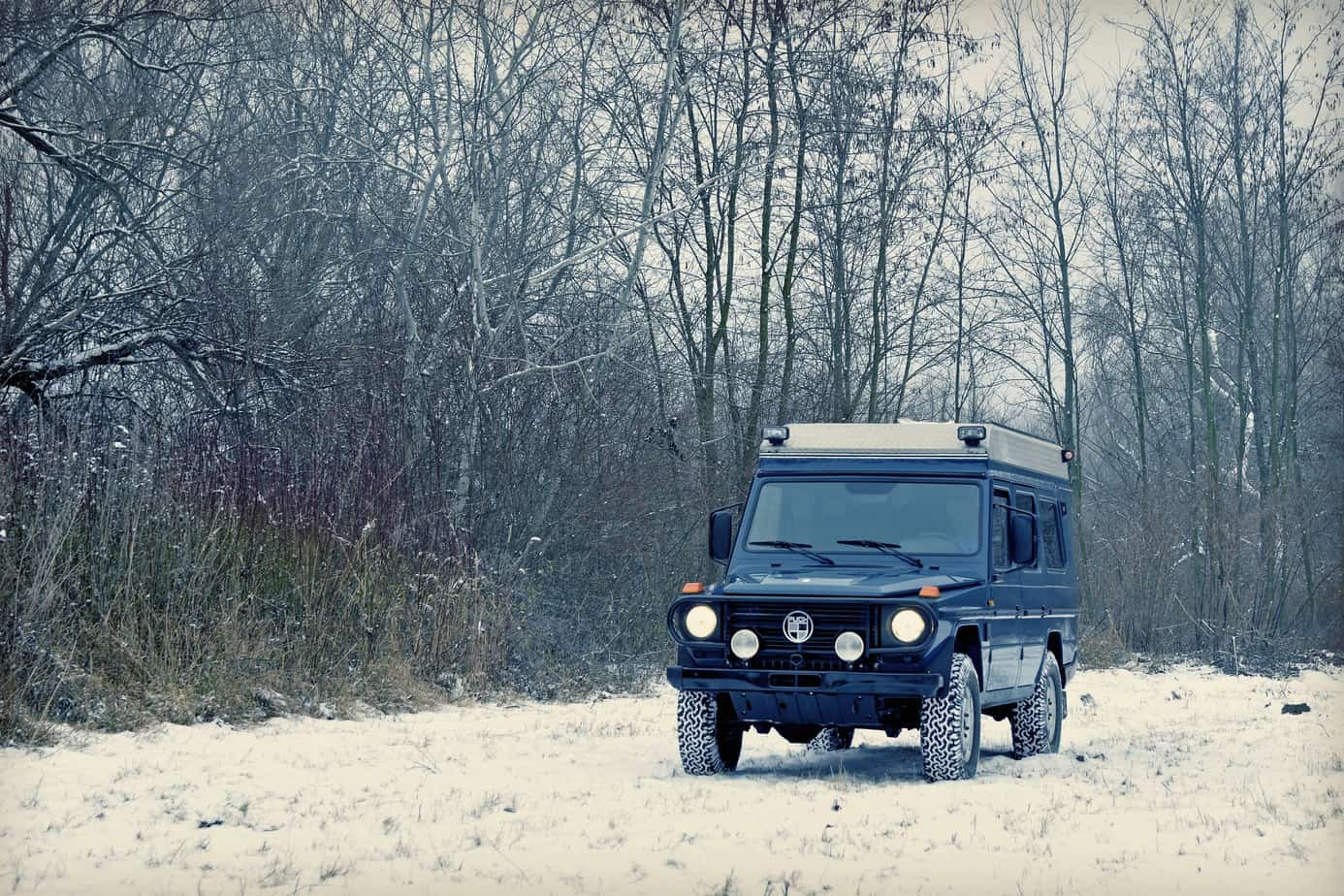 So clearly there is a grand adventure ahead, what are your plans?
“From the cozy heart of Europe in our home country of Austria, we are planning to set off onto an adventure and travel with our 32 year old vehicle around this world. We will cross more than 30 countries along the way; and our companion will drive us eastwards through rivers, deserts, and jungles, and over hills and dunes, while braving the elements and seeking to find the most gorgeous places this Earth has to offer.” 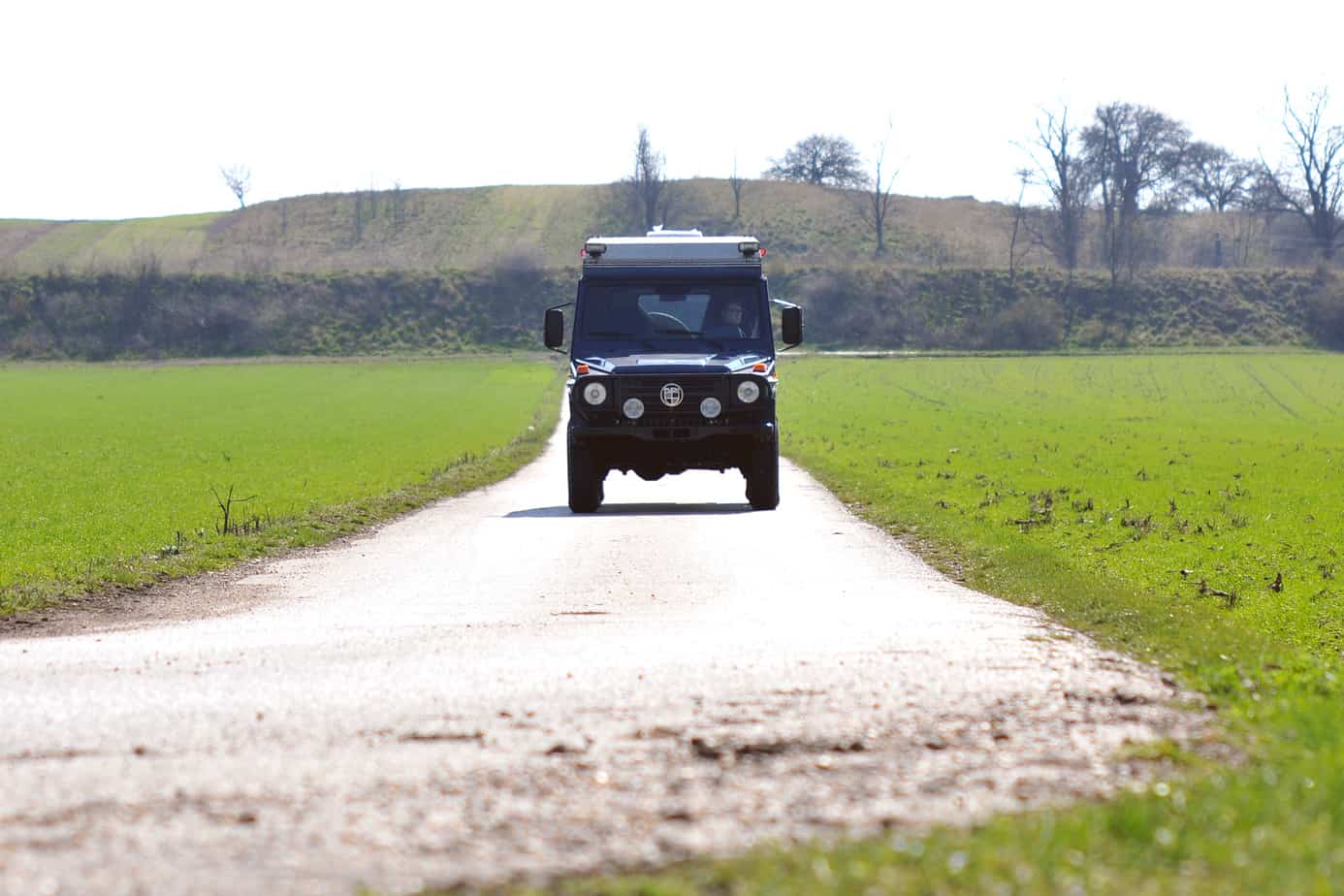 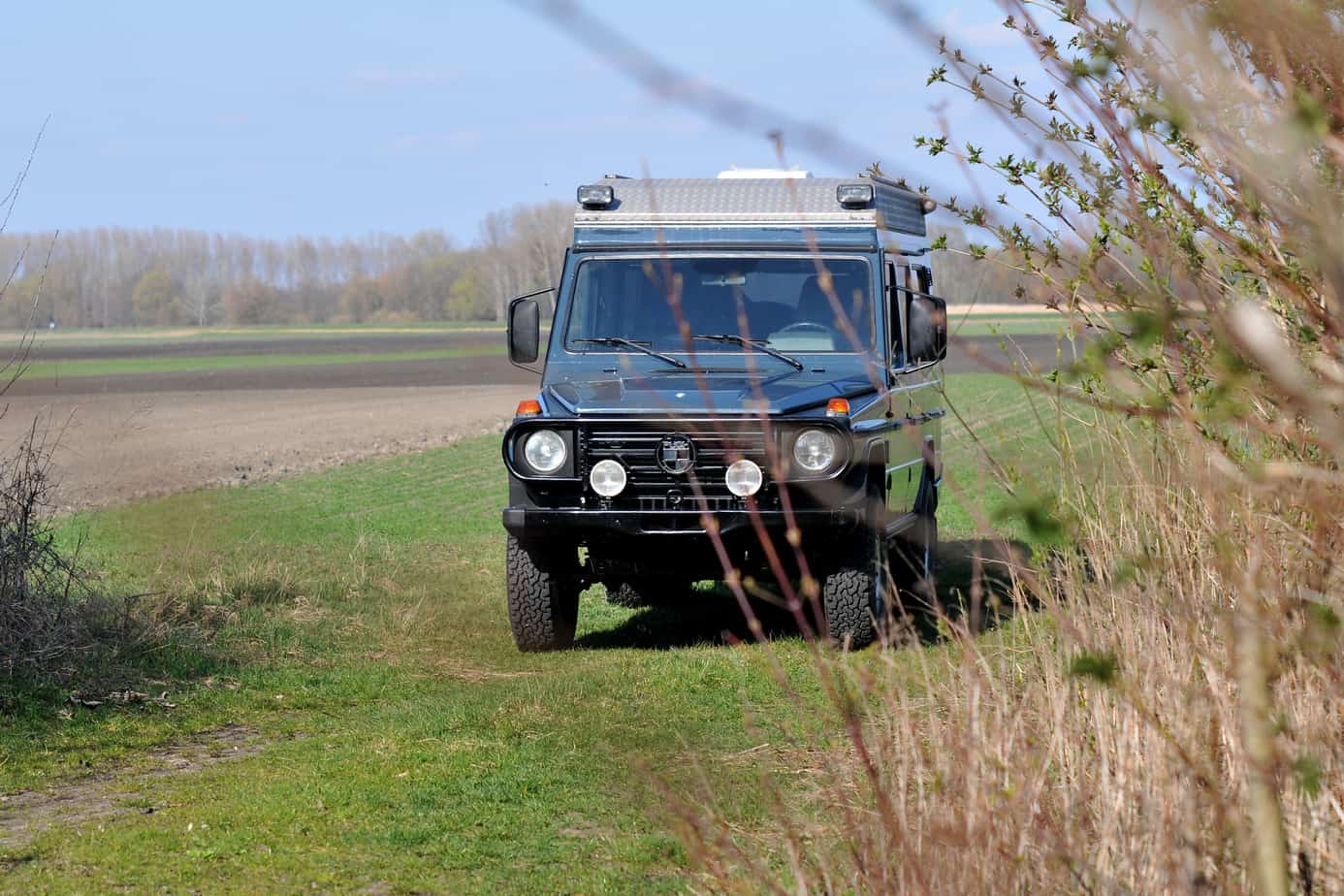 “The dream is about traversing the Balkans peninsula, leaving Europe behind when ferrying the Bosporus, passing green oases in Iran, driving over the snow capped mountains and endless canyons of the Pamir Highway in Central Asia, transiting the Taklamakan desert in China, piloting our G over shaky jungle bridges in Cambodia, crossing the rain forest in Thailand, cruising through the Australian outback, experiencing the diverse culture and landscape of the US, and exploring the never ending green woods of Canada.” We’re certainly excited to see more from G-Trotter, and we wish them the best on their future travels. For more information or to follow them on Instagram, Facebook, Twitter, or Google, check out their home page at G-Trotter.net.

Two Wheeled Nomad: A Sublime Sortie Around the Southwest 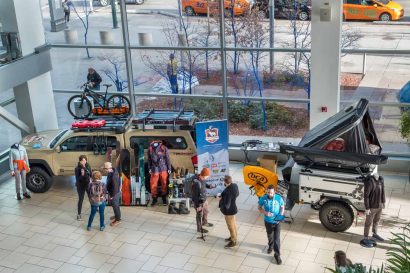 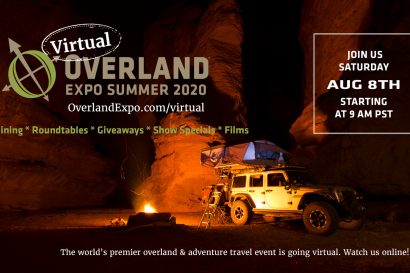