Five years ago, Costa Rican overlander Emmanuel Solórzano went camping for the first time. At the site, which was located near Arenal Volcano in Costa Rica, Emmanuel met an American couple who had been traveling in their 2012 4Runner for nearly two years. Ernesto López Pérez and Taisa Welhasch of Overland the Americas shared stories about their experiences on the road, how they lived out of their vehicle, and how the trip was going. Emmanuel was inspired. “I said to my friend at that moment, I want to do that,” he laughs. “I was dreaming, you know. Then four years later, I did it.”

In January 2019, Emmanuel and three friends left Costa Rica in his 1999 Hyundai Starex van, “Ramona,” bound for South America. Along the way, Emmanuel funded his travels by supplying hotels, restaurants, and local businesses with photographs for marketing purposes. He visited local markets, traveled slowly, and learned to live every moment like it was the last—including four months spent living outside the Costa Rican embassy in La Paz, Bolivia, due to the Covid-19 pandemic. Like Ernesto and Taisa, Emmanuel now shares his own experiences about life on the road, inspiring others along the way. 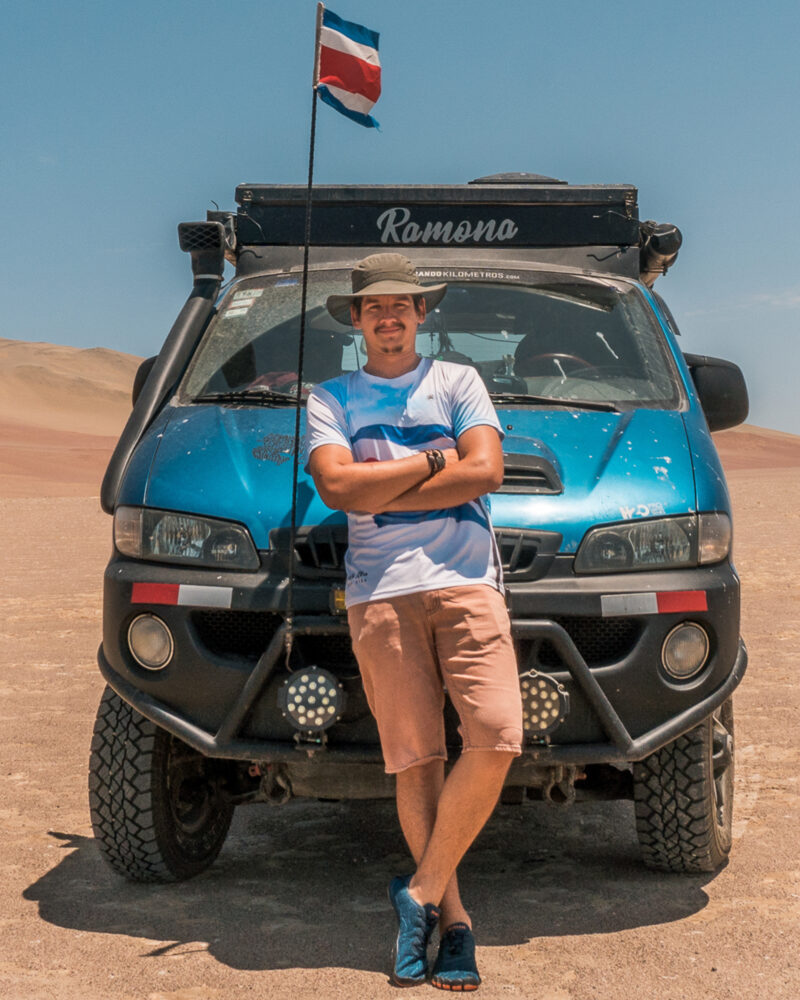 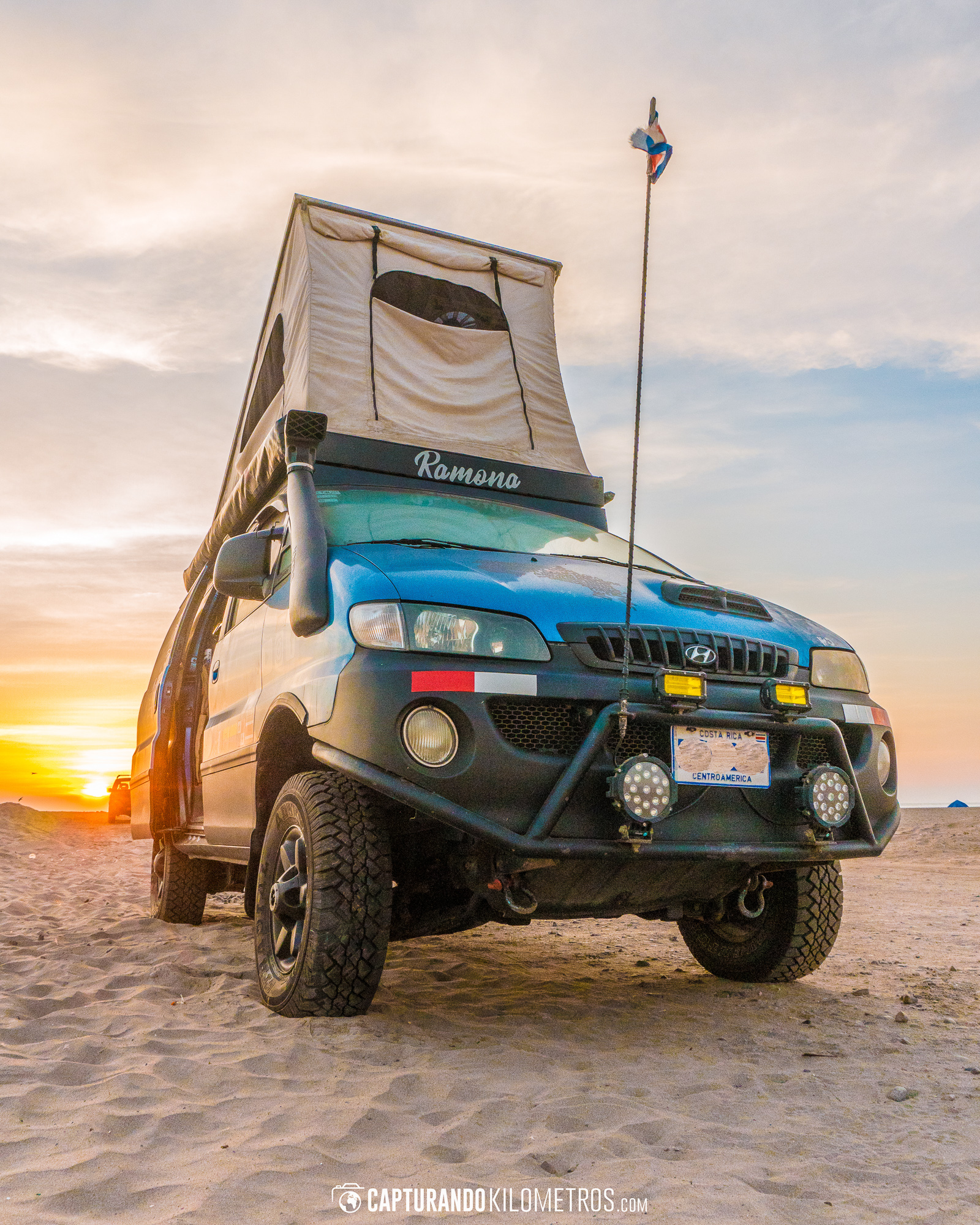 Tell me about the modifications you made to your 1999 Hyundai Starex van, Ramona.

During the three years it took me to make the decision, every night I was thinking and looking at pictures [of vehicles]. I read a lot of blogs. Also, because I began the trip with four people, it was complicated in a small van. I decided to pop out the roof like a Westfalia or something similar. Two people slept up and another two down until I traveled on my own in Ecuador.

I have a sink inside and a 50-liter water tank down under the car. I have solar energy and a 12-volt Dometic fridge, which I think is the best thing in my car. I also changed the wheels and added heavy suspension, front and back bumpers, and a propane tank on the back. I took that idea from Ernesto and Taisa’s 4Runner, Sooty. Overland Garage in Poás, Costa Rica, made almost all of the transformations of the car. I had the bumpers made by a good company, and a friend helped me make the roof. We have a lot of companies for camping and overlanding [in Costa Rica], so it’s easy to make things. 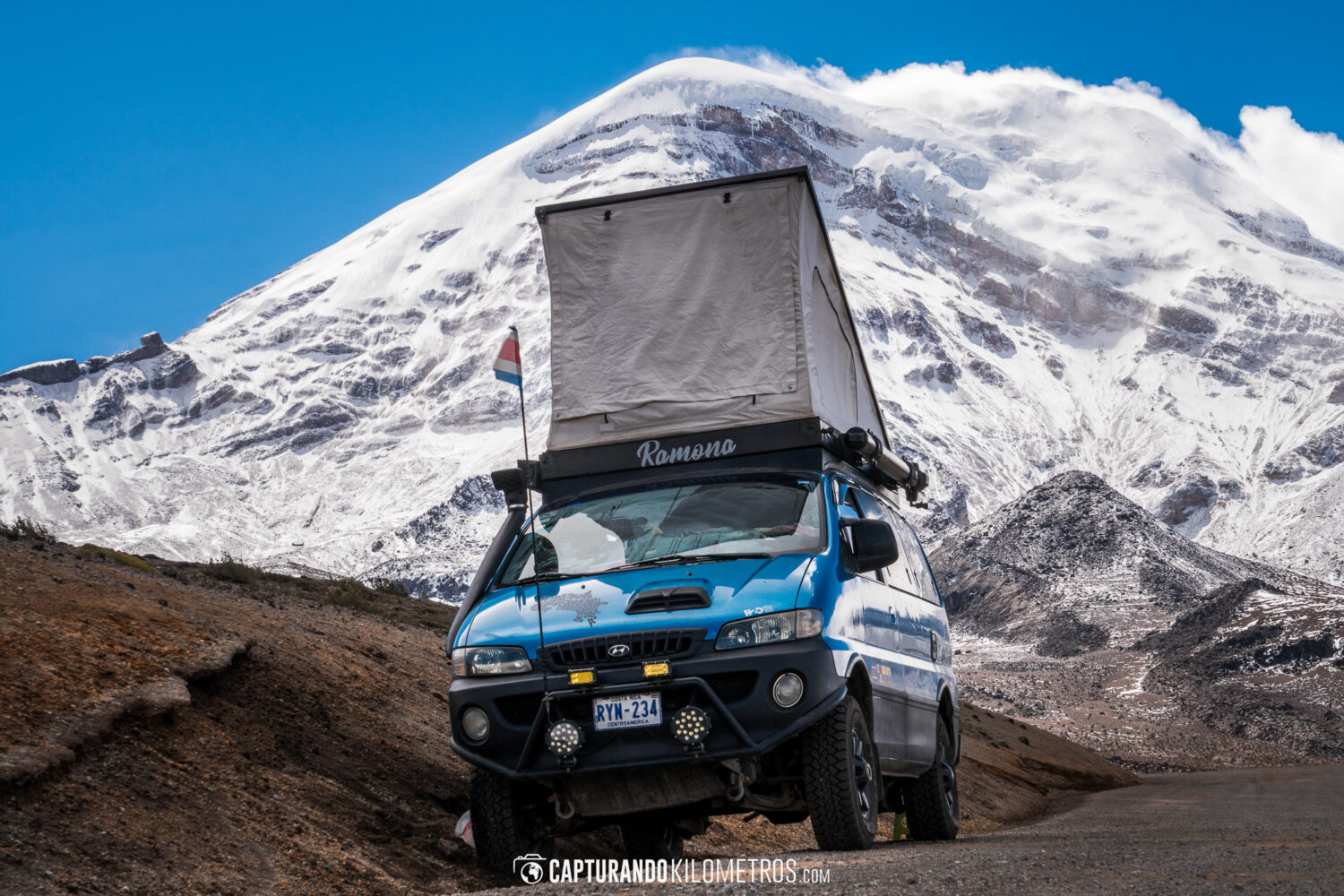 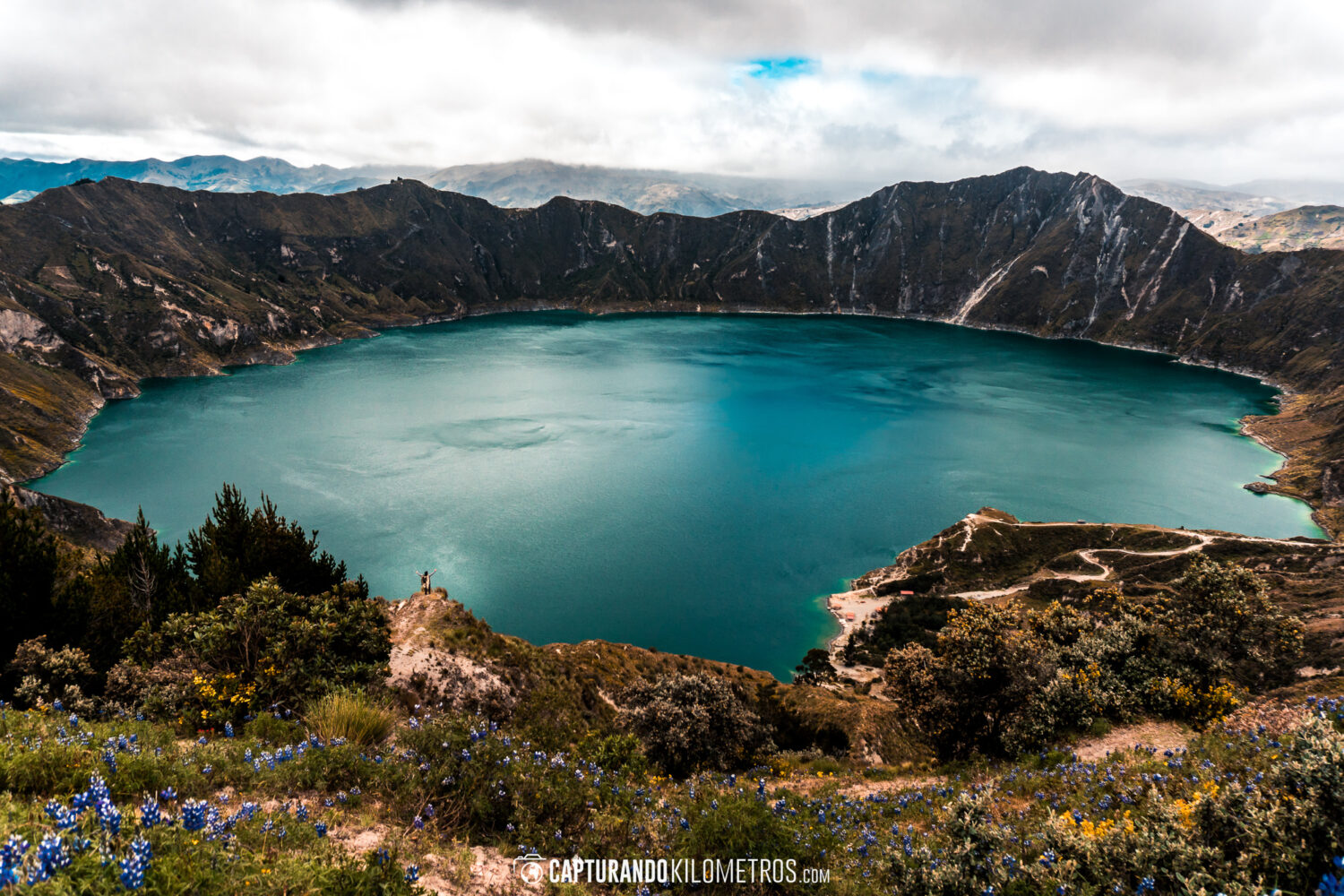 During the four years you spent preparing to travel to South America, you founded a group on Instagram called Costa Rica Overlanders. How did this come about?

When I met Ernesto and Taisa, something inside of me changed. I went camping almost every weekend with them. Costa Rica Overlanders began as a group of friends going camping every weekend, but then more people started to ask and say, “Hey, we want to go!” So, two times a year we make a public camping [trip] for everybody.

You also took up photography during that time. How did you learn the basics?

When I began traveling in Costa Rica, I arrived home, and my parents asked me, “How was your trip? I want to see!” They told me I should buy a camera. So, I began with a GoPro HERO4 as my first camera. Then I bought a Nikon D5300, and I began to love it. I learned the basics on YouTube, and I also took a couple of photography classes. But most of the time, it was YouTube and practice, practice, practice.

I really like night photography. The Milky Way is my favorite. I was very excited when I got to the Salar de Uyuni in Bolivia. I was there in winter, so the reflection of the water was amazing. I could see the stars on the horizon and in the water because you couldn’t see where the horizon line was. It was like a perfect mirror. 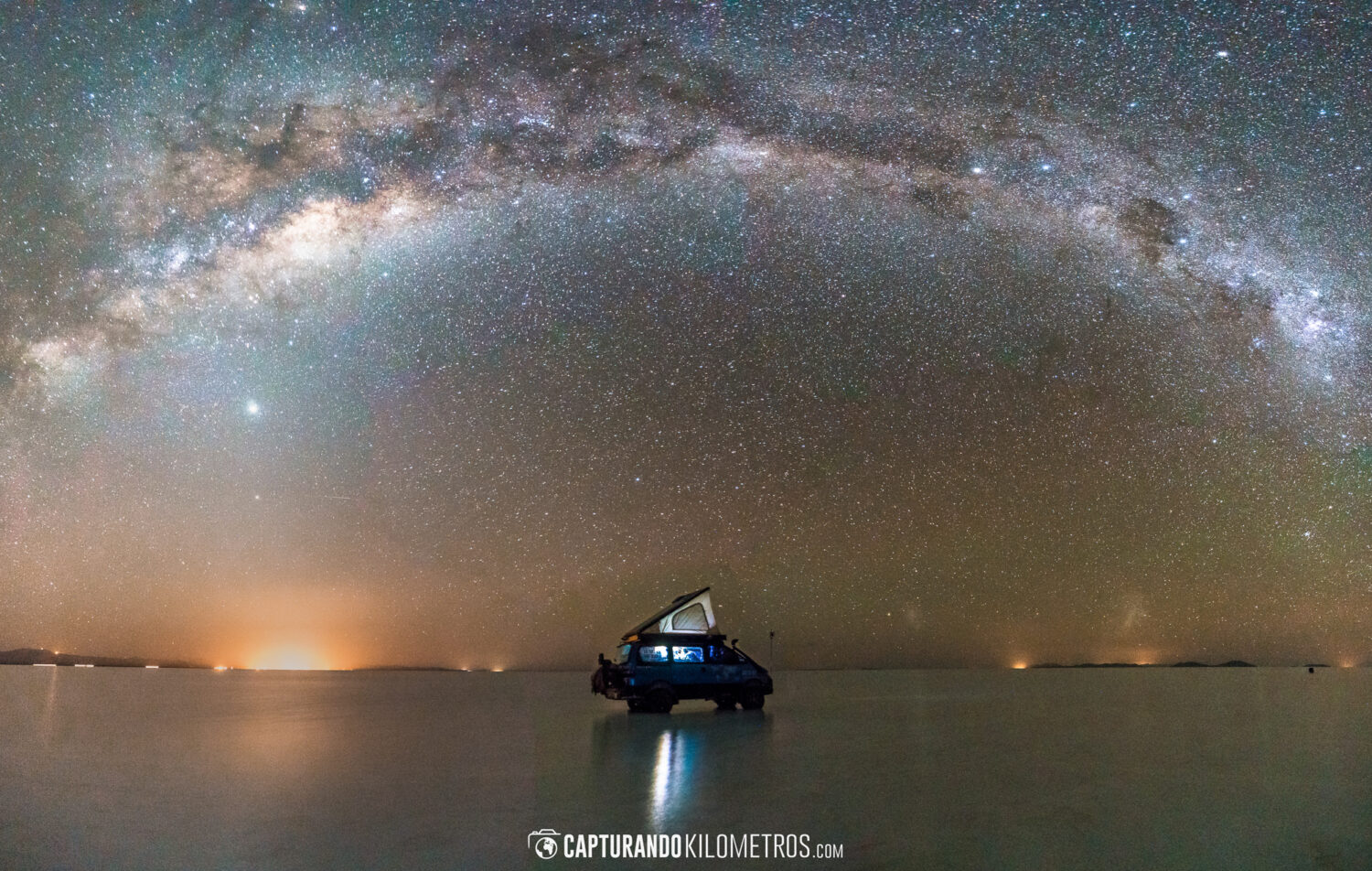 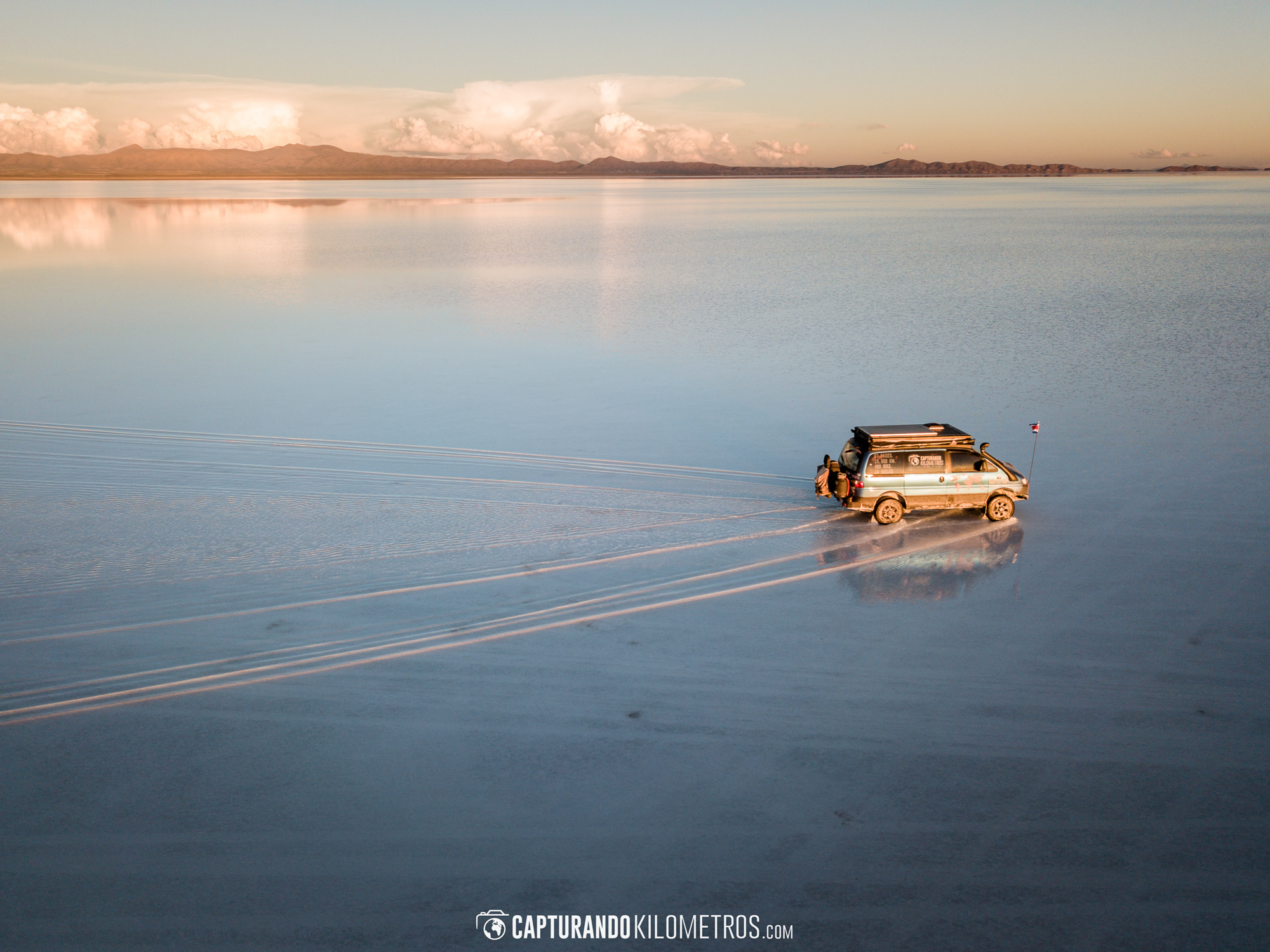 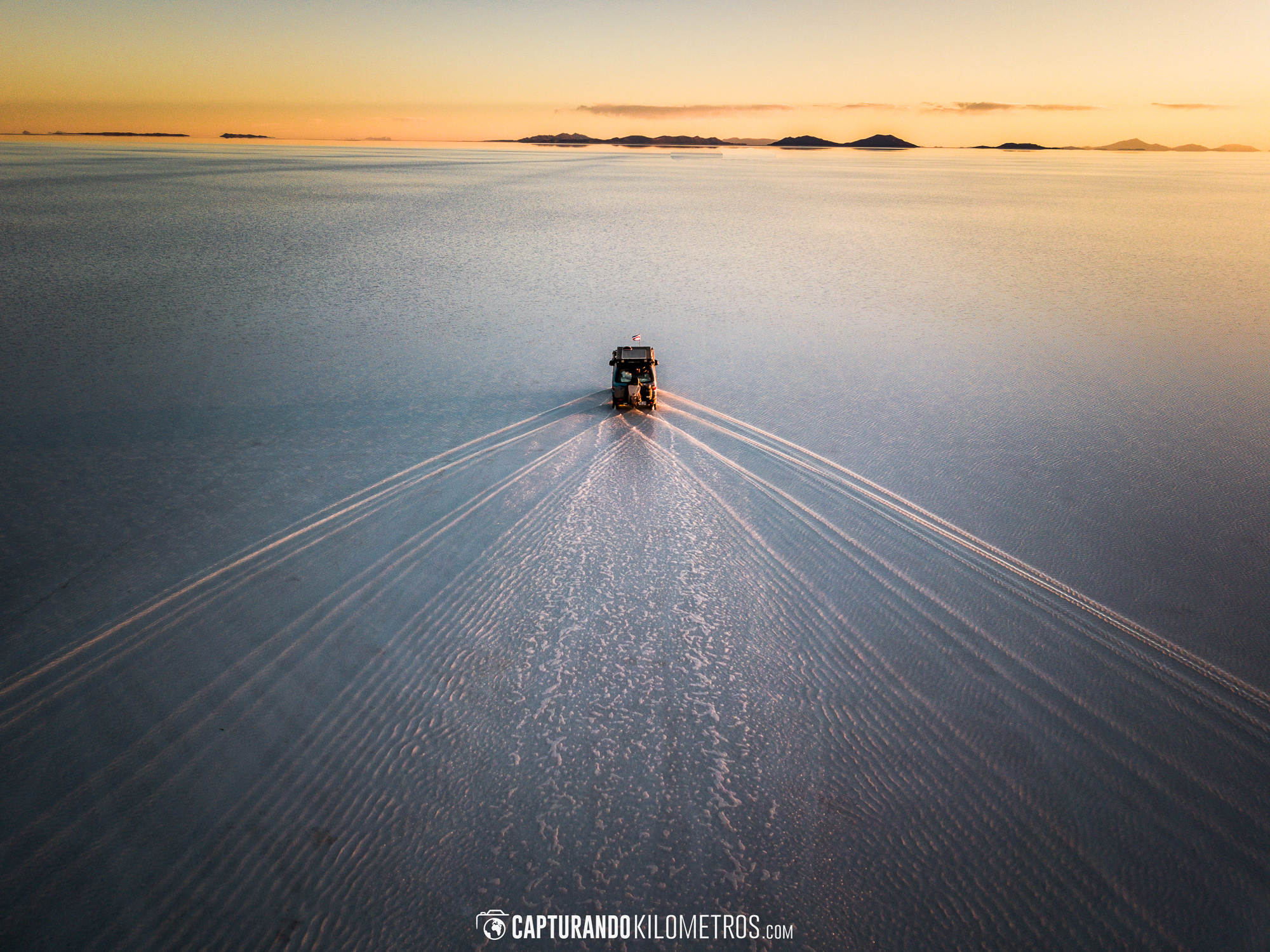 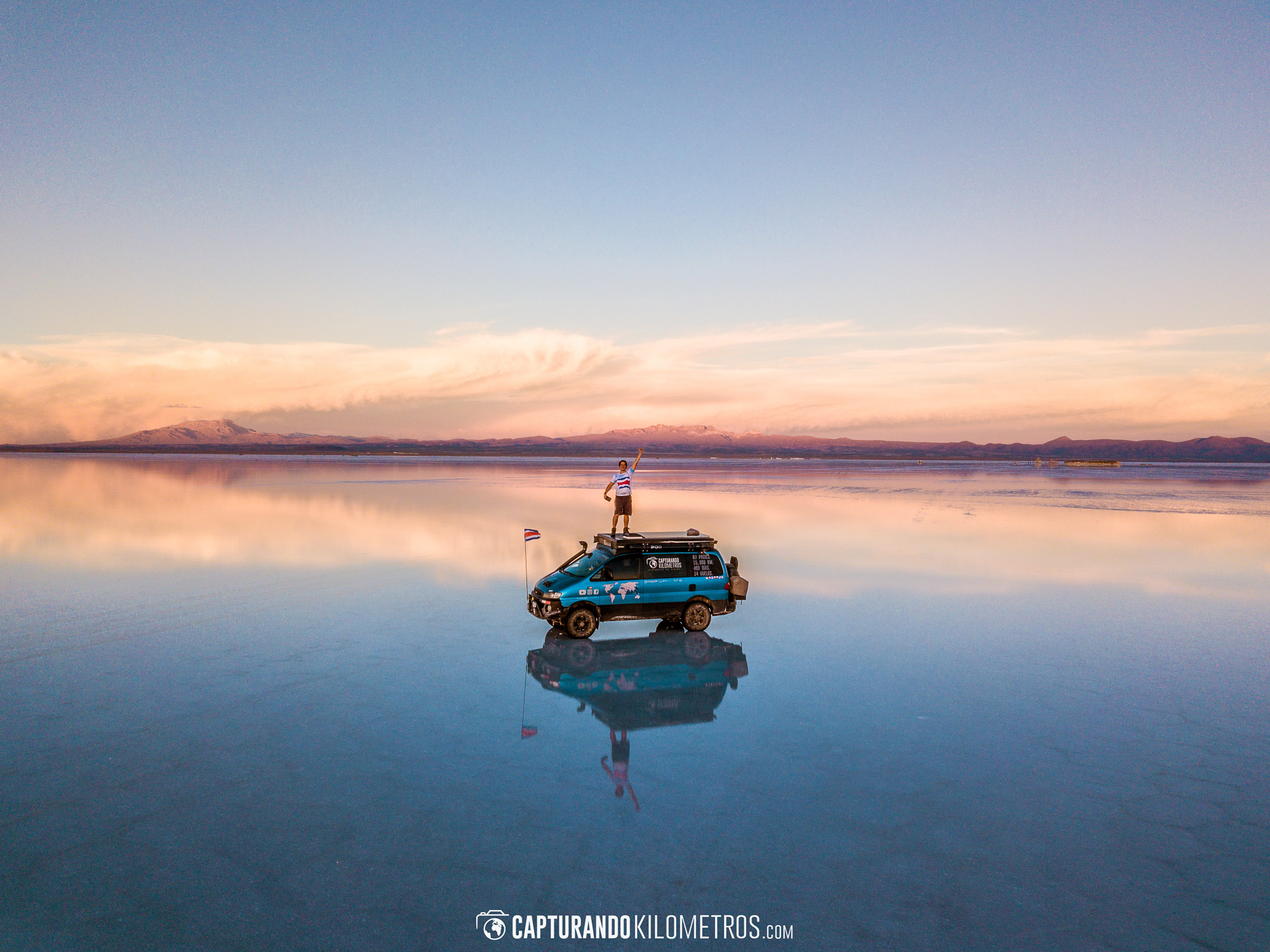 What fears did you have before you left on the trip? How did you overcome them?

I think the biggest was money. I am an electromechanical engineer and have worked in that field for 10 years. When I left Costa Rica, I almost didn’t have anything in my account because I spent my money on the van. My brother helped me. He gave me my benefits from the 10 years working with him, although it wasn’t a lot.

I knew I needed to do something at that moment. Photography has helped me because it has opened a lot of doors. I worked on the trip, providing photography and video for restaurants and hotels. I did a lot of work in Ecuador. I stayed there for six months because I had so much work. I also sell stock photography, manage Instagram and Facebook accounts, and do photography exchanges for tours. 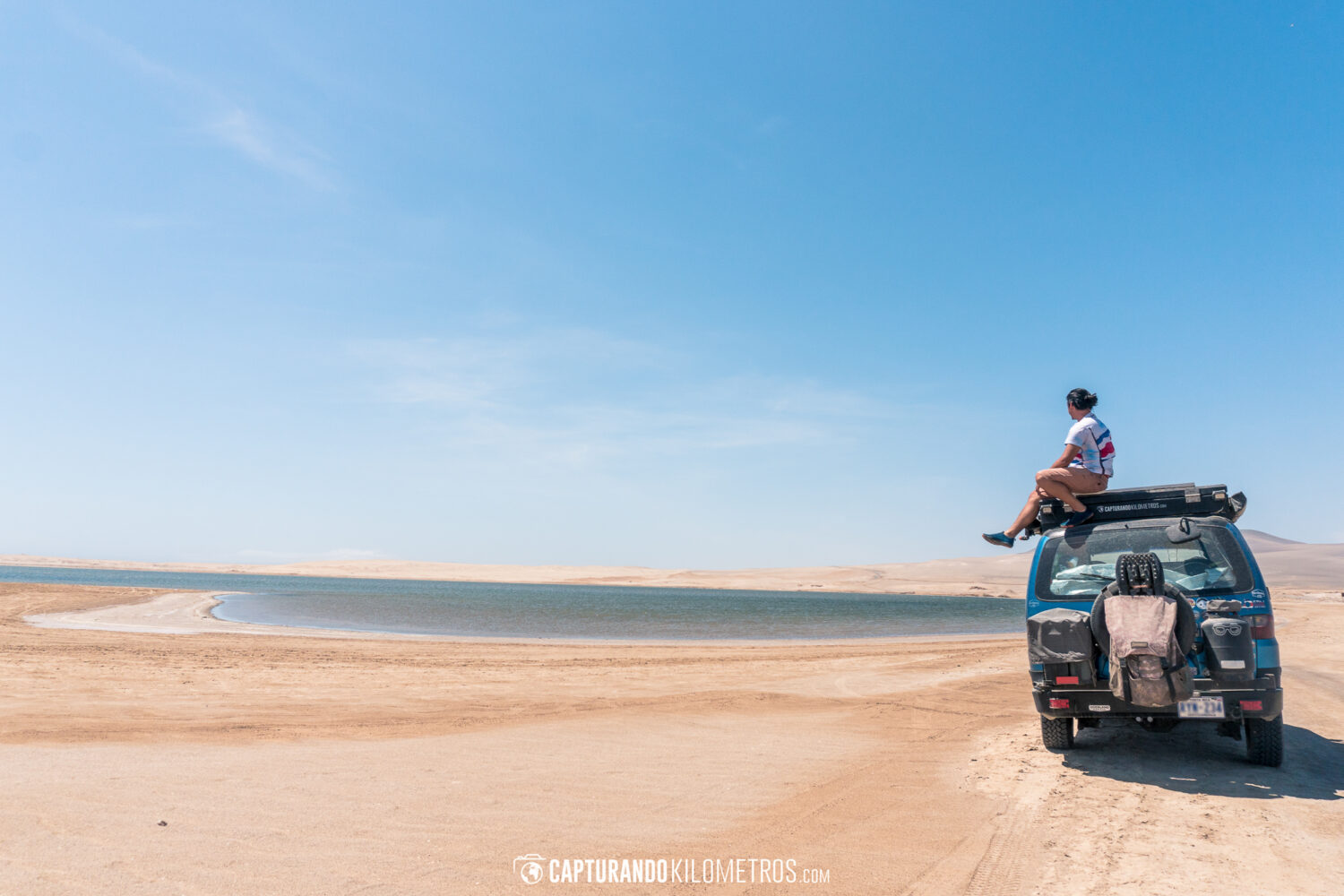 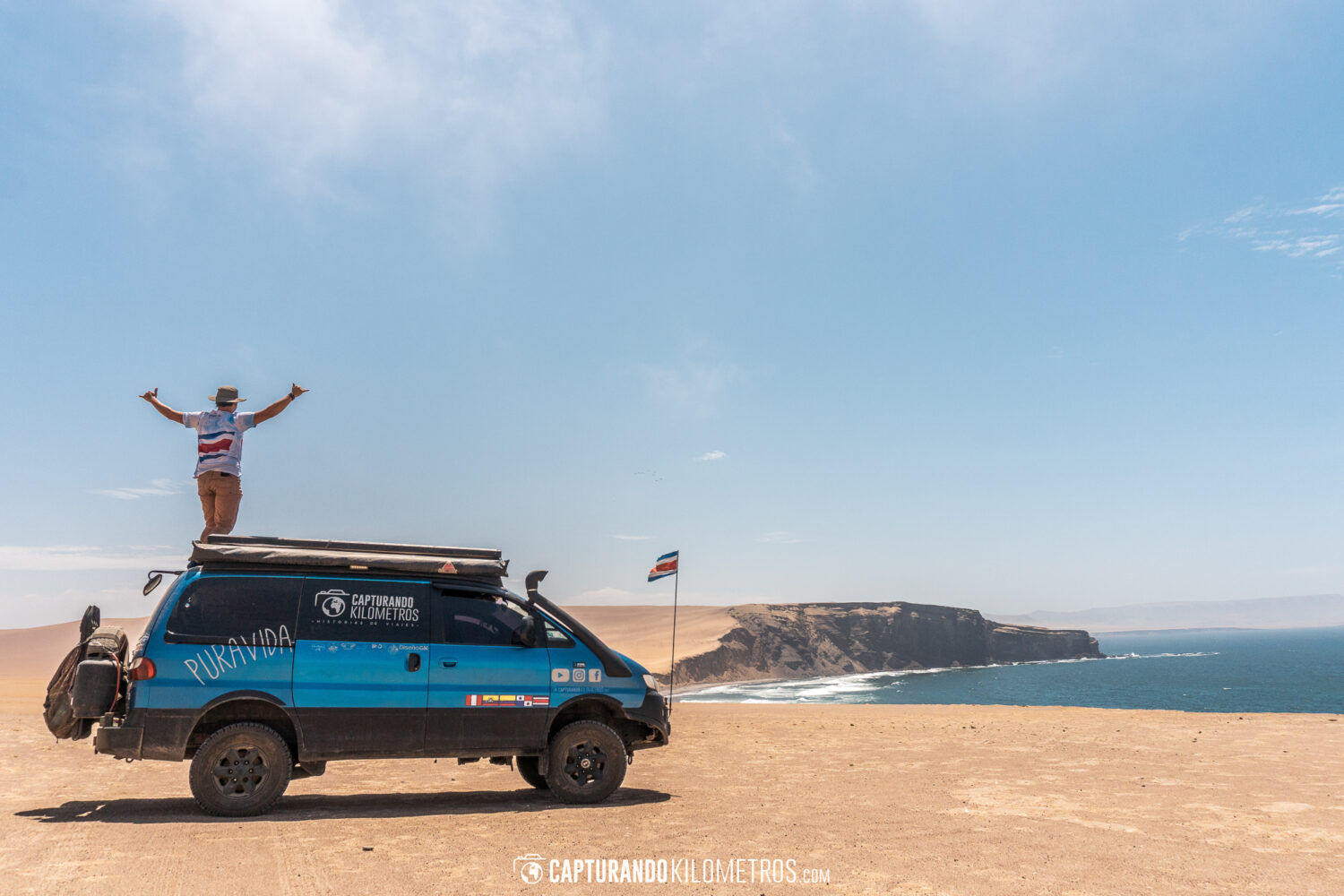 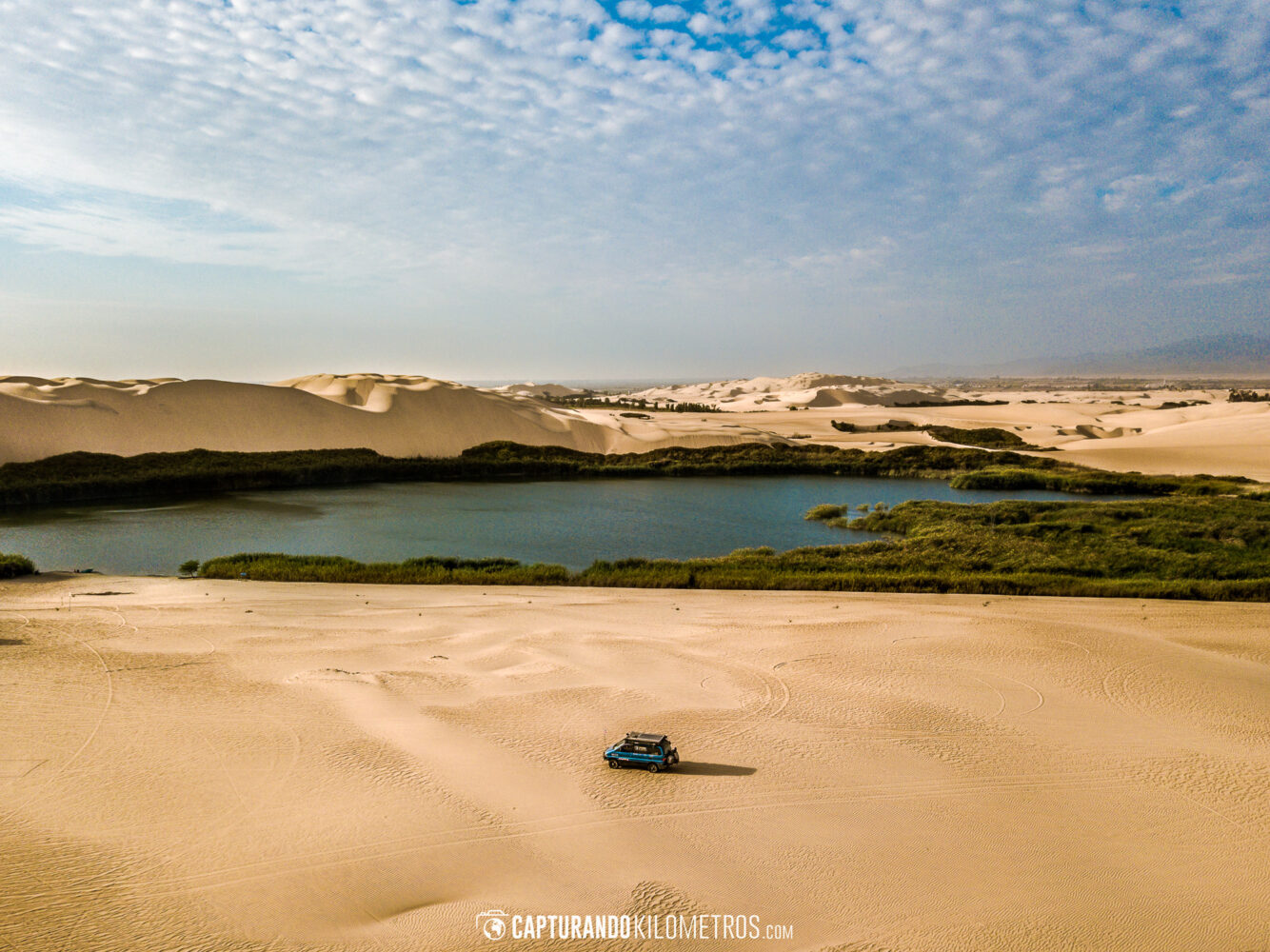 But in South America, in the countries where the economy is not that good, it’s a lot of work for less money. So, I began to do the same for tourists. For example, in Peru, Paracas is very popular for kitesurfing. The local kitesurf school owners let me stay there and take photos and videos of the people attending the kite school. I saved enough money there to travel for the next few months. 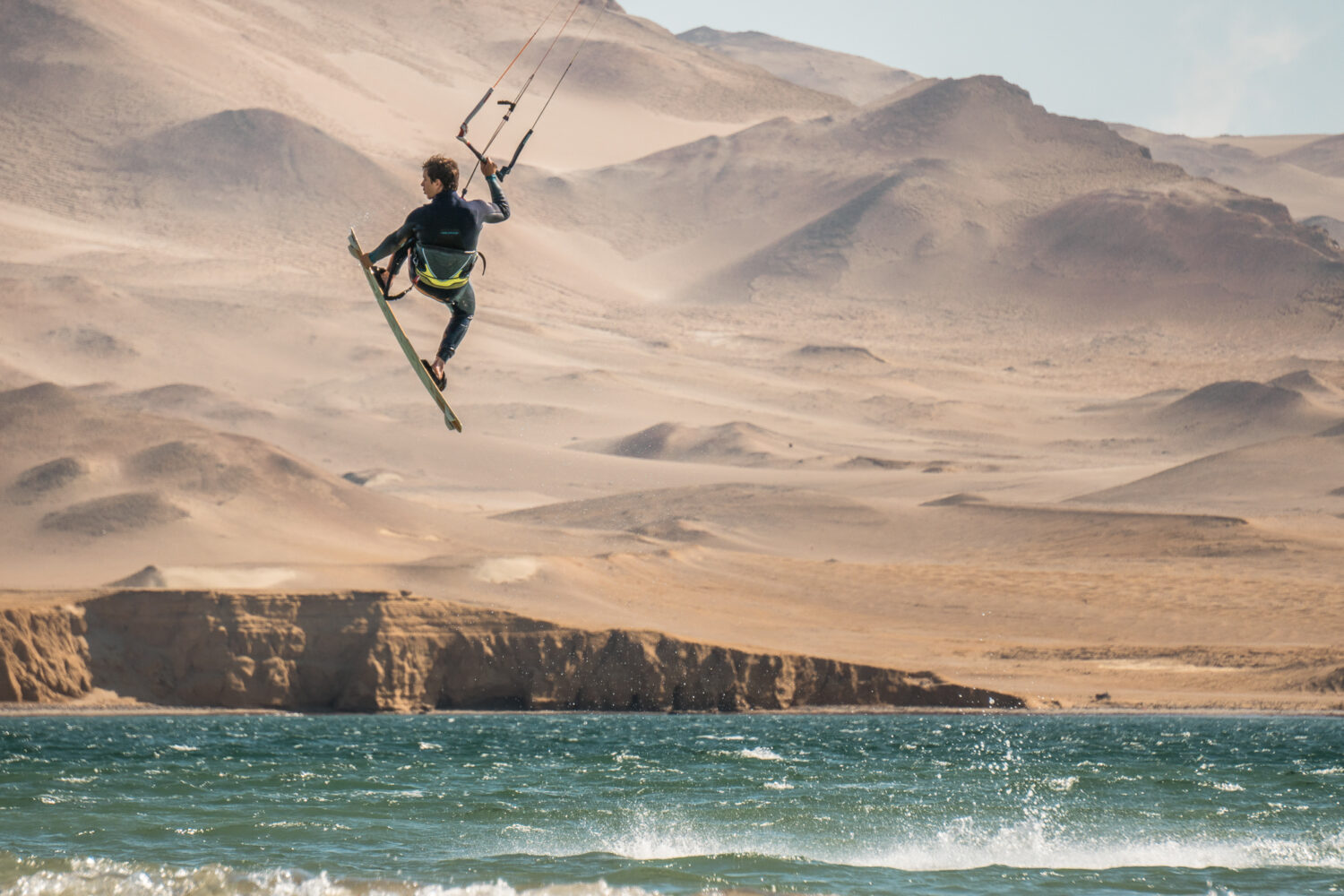 I also went back to Costa Rica to work for two months and made enough to continue traveling for almost six months. It works because Costa Rica has a good economy. The good thing about van life is that you can save a lot of money by preparing your own food and not paying for hotels. 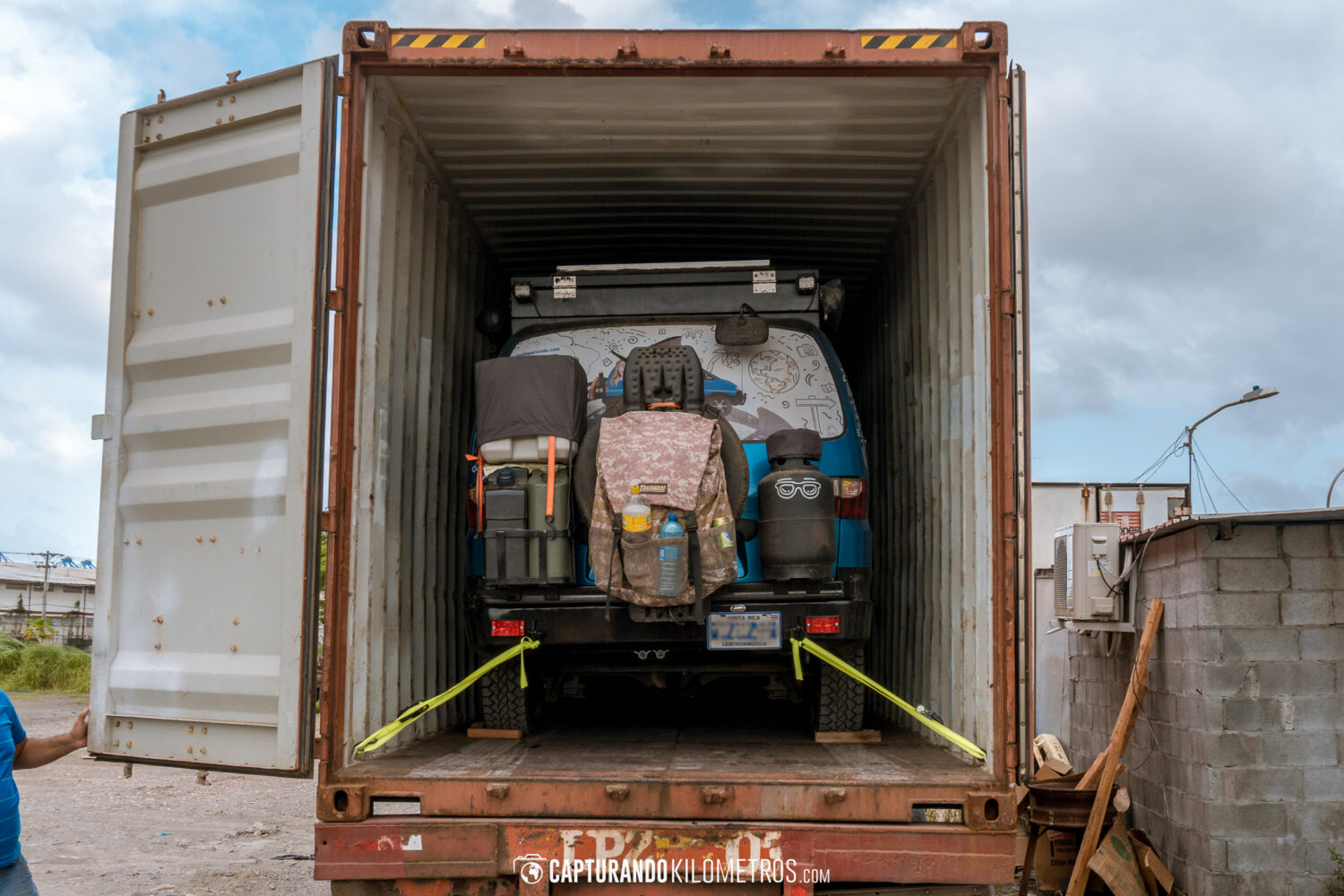 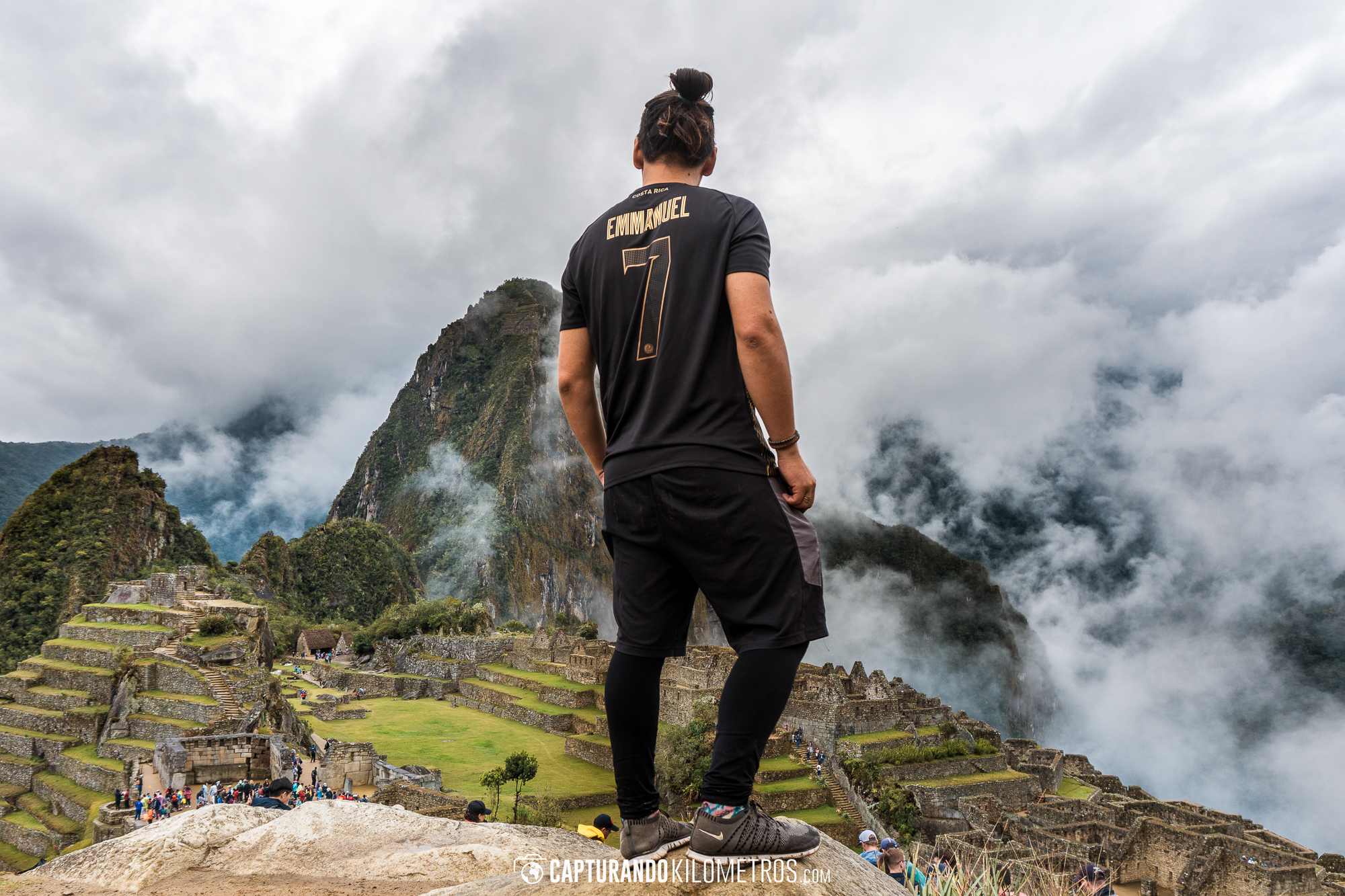 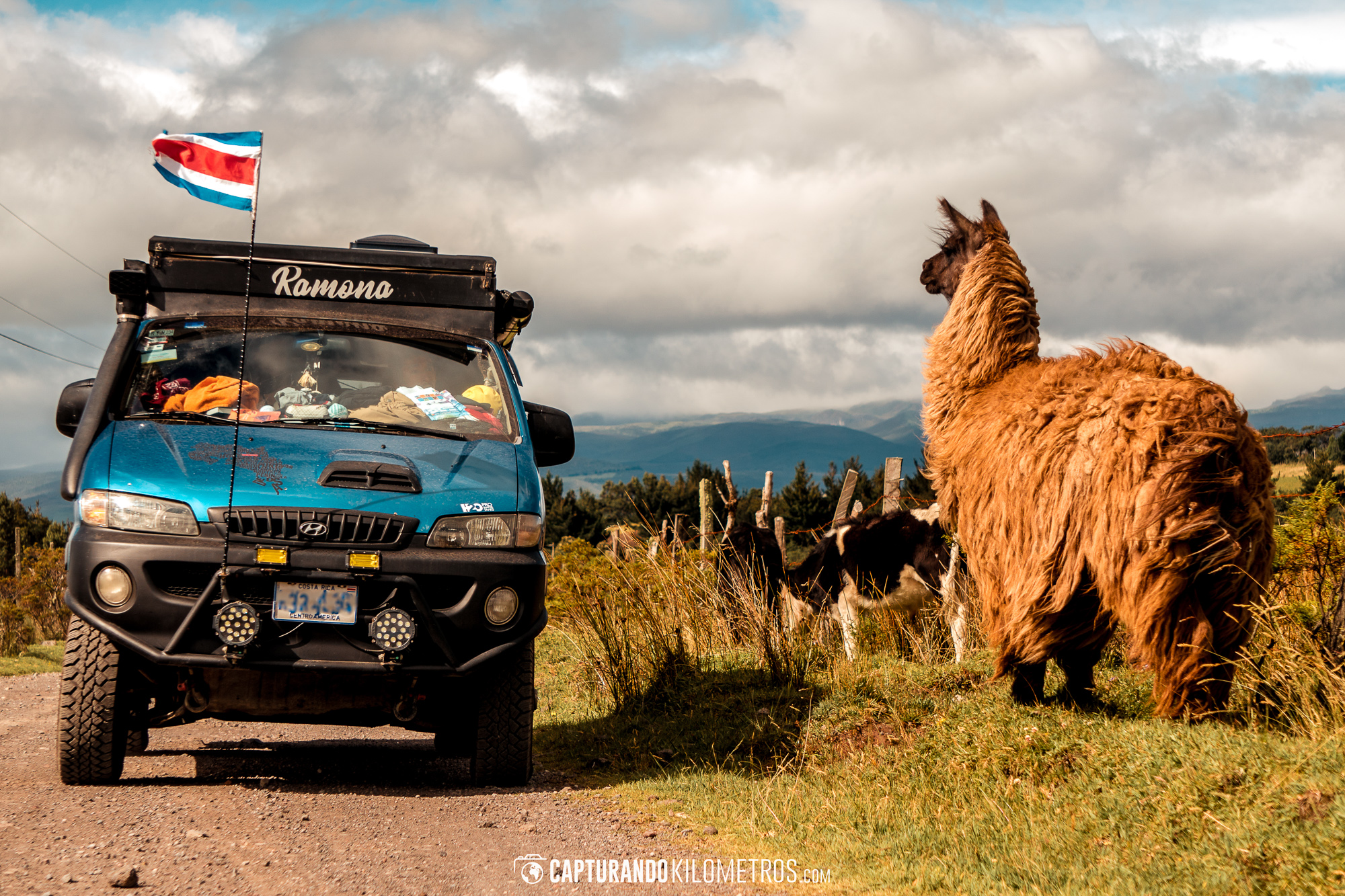 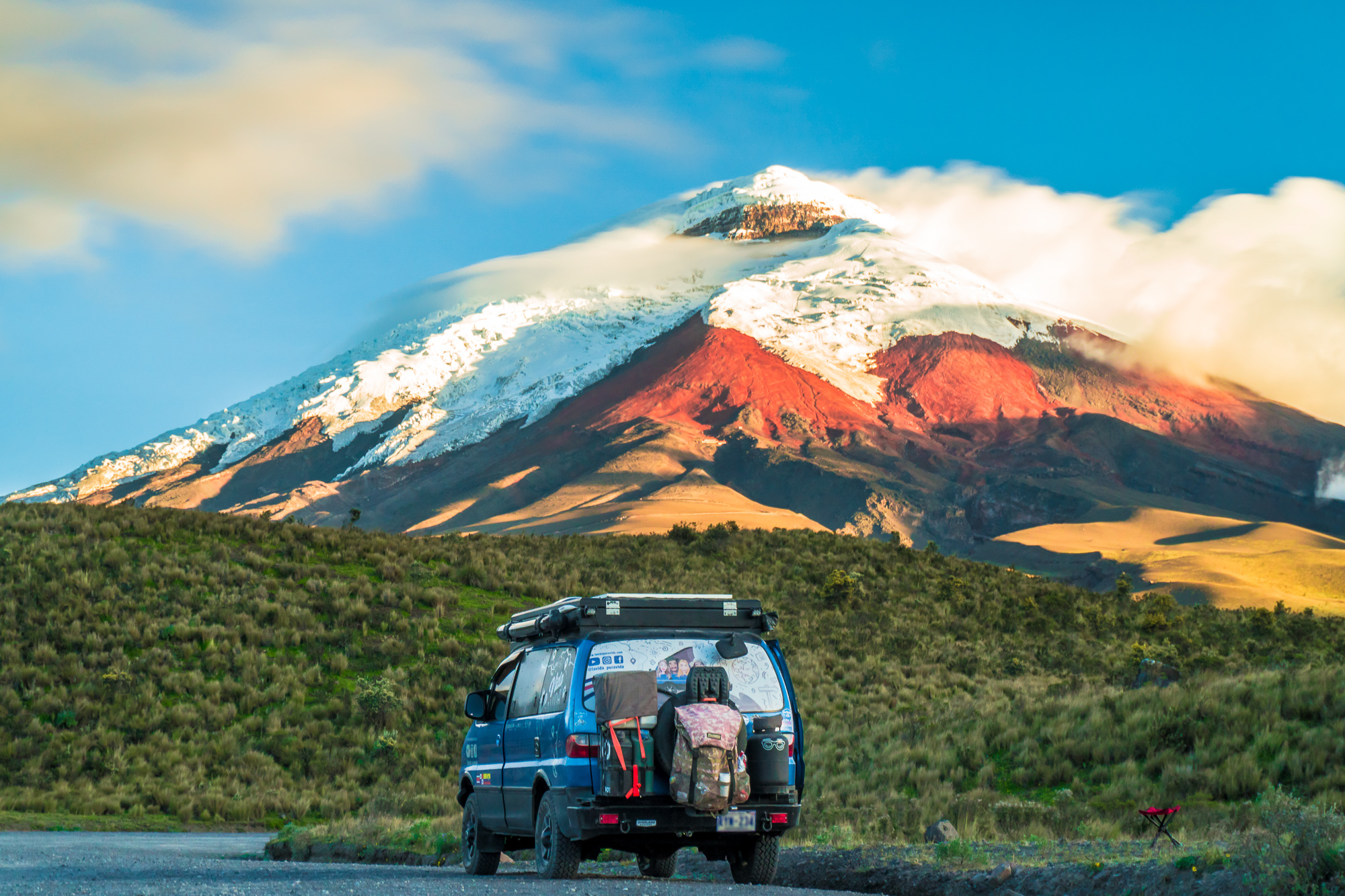 You spent four months locked down in your van in Bolivia due to the Covid-19 pandemic. What was going on in the country at that time?

A year ago in March, during the days when the coronavirus began, I was in the city of Uyuni, and things there were a bit crazy. The army closed the town so I couldn’t move to other towns, and we could only go outside one day [per week] to buy food. I was living in the street in my van, parked outside a café. A member of the army knocked on my car nearly every night, asking, “What are you doing here? You can’t be here in the street.” I met one of the highest commanders in the army, and he gave me his name and said, “Just say I gave you permission.” I thought the virus was going to last two weeks, and the border was going to open again, so I stayed for one month there.

Eventually, I talked with the embassy about getting back to Costa Rica. They gave me special permission to travel to La Paz to the embassy. It was crazy driving from Uyuni to La Paz when nobody was driving on the highway. The army blocked the beginning and end of every town. When I was driving, the people looked out of their windows and probably thought, “What is he doing here? He is crazy— nobody can drive right now!” 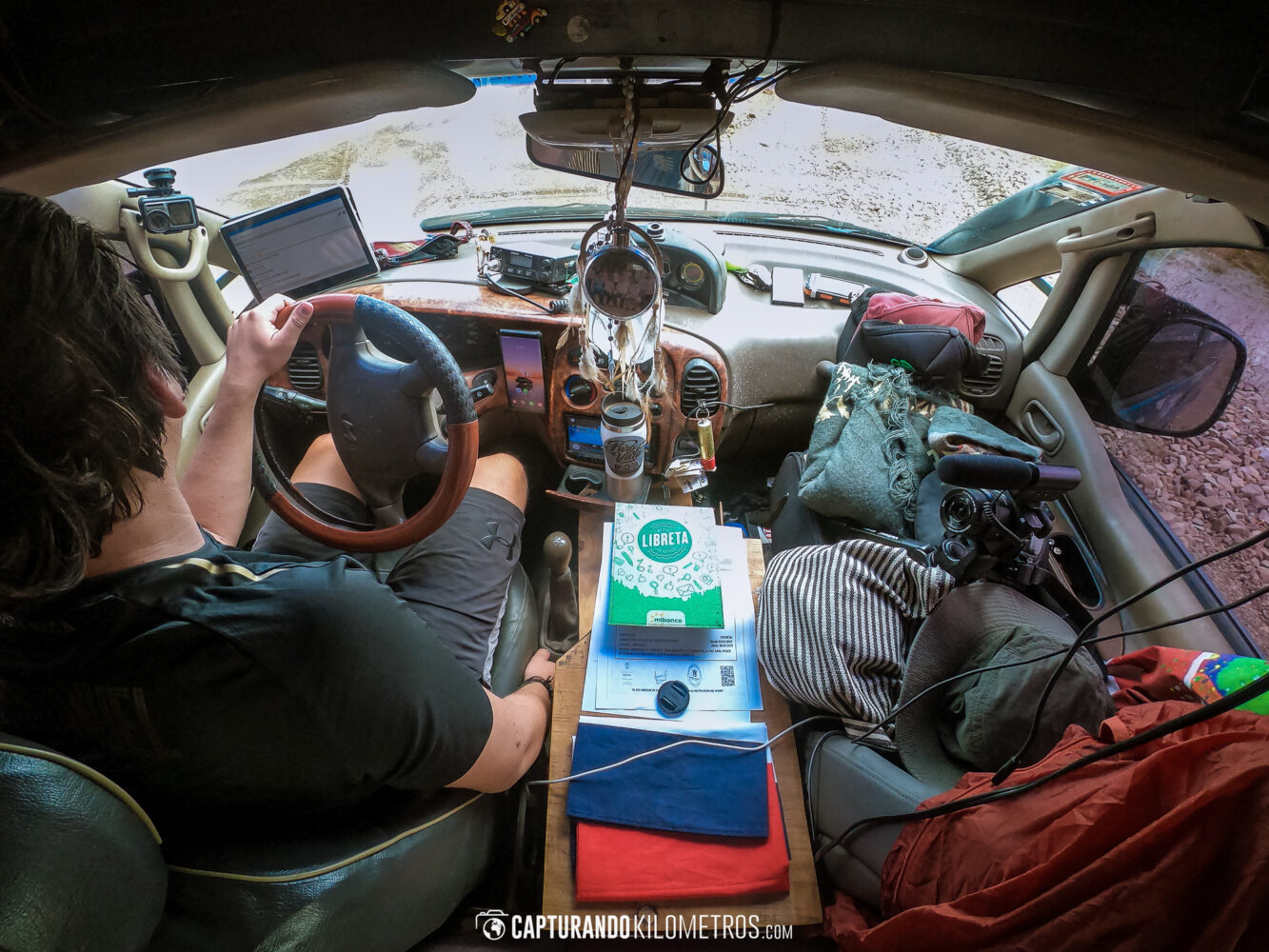 When I got to La Paz, I stayed there for three months more. I was waiting for a flight, but everything was closed. I parked outside the embassy, and they let me use the bathroom and internet. I’m very grateful for the people there. They were very nice and always said, “Hi, how are you?” and asked if I needed anything. I could only leave the van one day per week. When I got bored of Netflix, I started taking classes online. That was a very hard part of the trip. 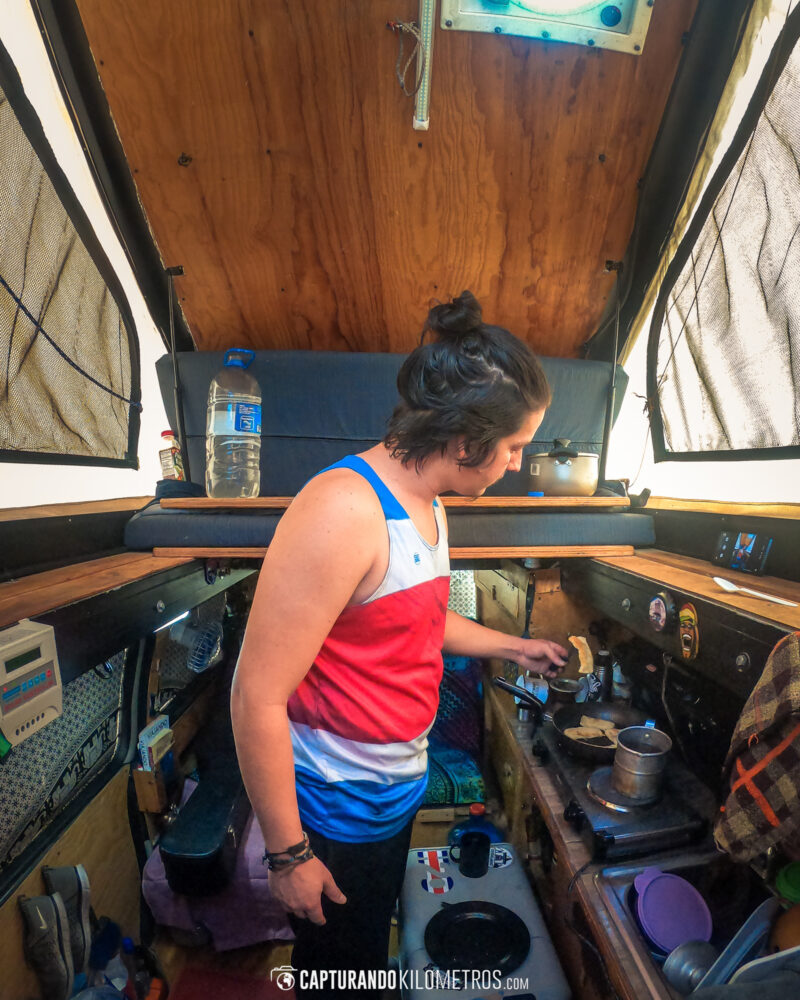 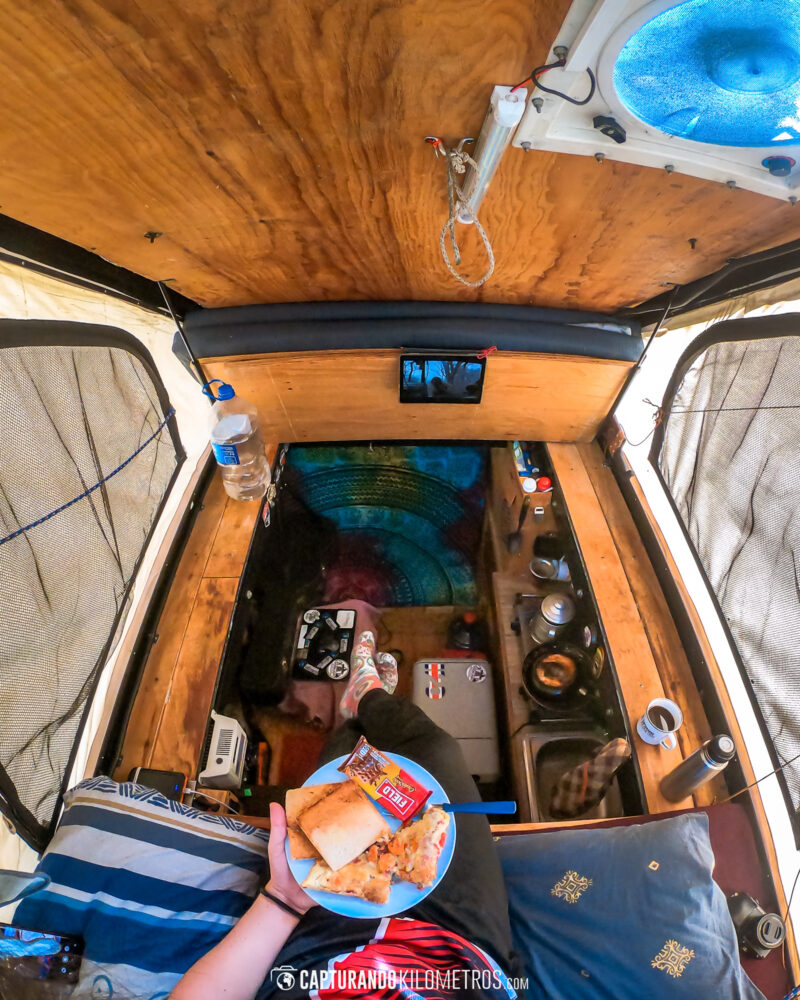 What did you learn from your overland travels to South America?

Live every moment like it’s the last. I learned that the world is better than I thought. There were a lot of good people during the trip, you know. We only hear bad things in the news, but when you are traveling, you see that there are a lot more good people than bad people. When I made this decision, I remember my parents saying, “You’re crazy! You’re going to Colombia?” I felt fear in that moment also, but I began to see that people are very, very friendly. They open their house; they give food. It’s very nice to see the reality of every country you go to. 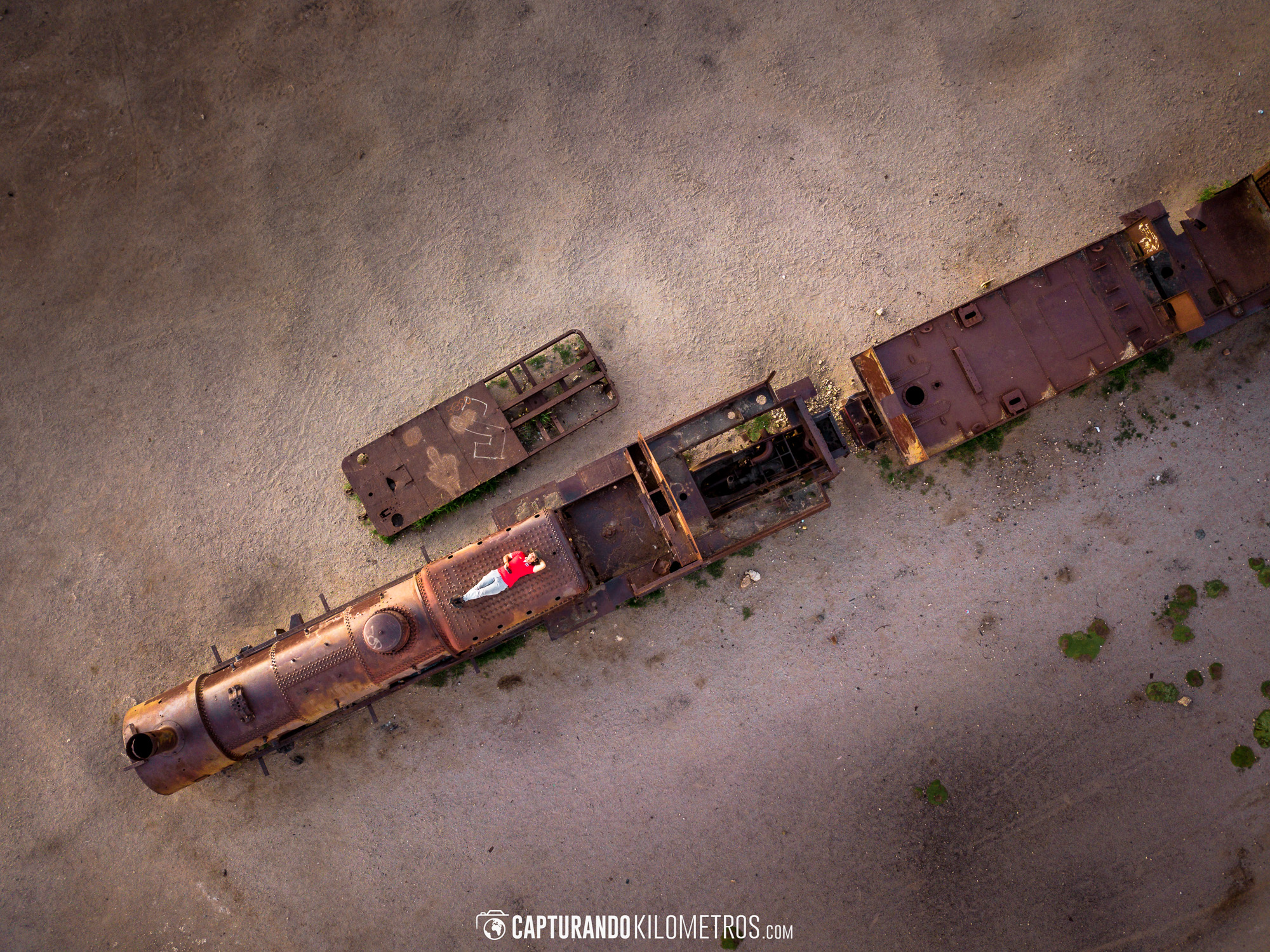 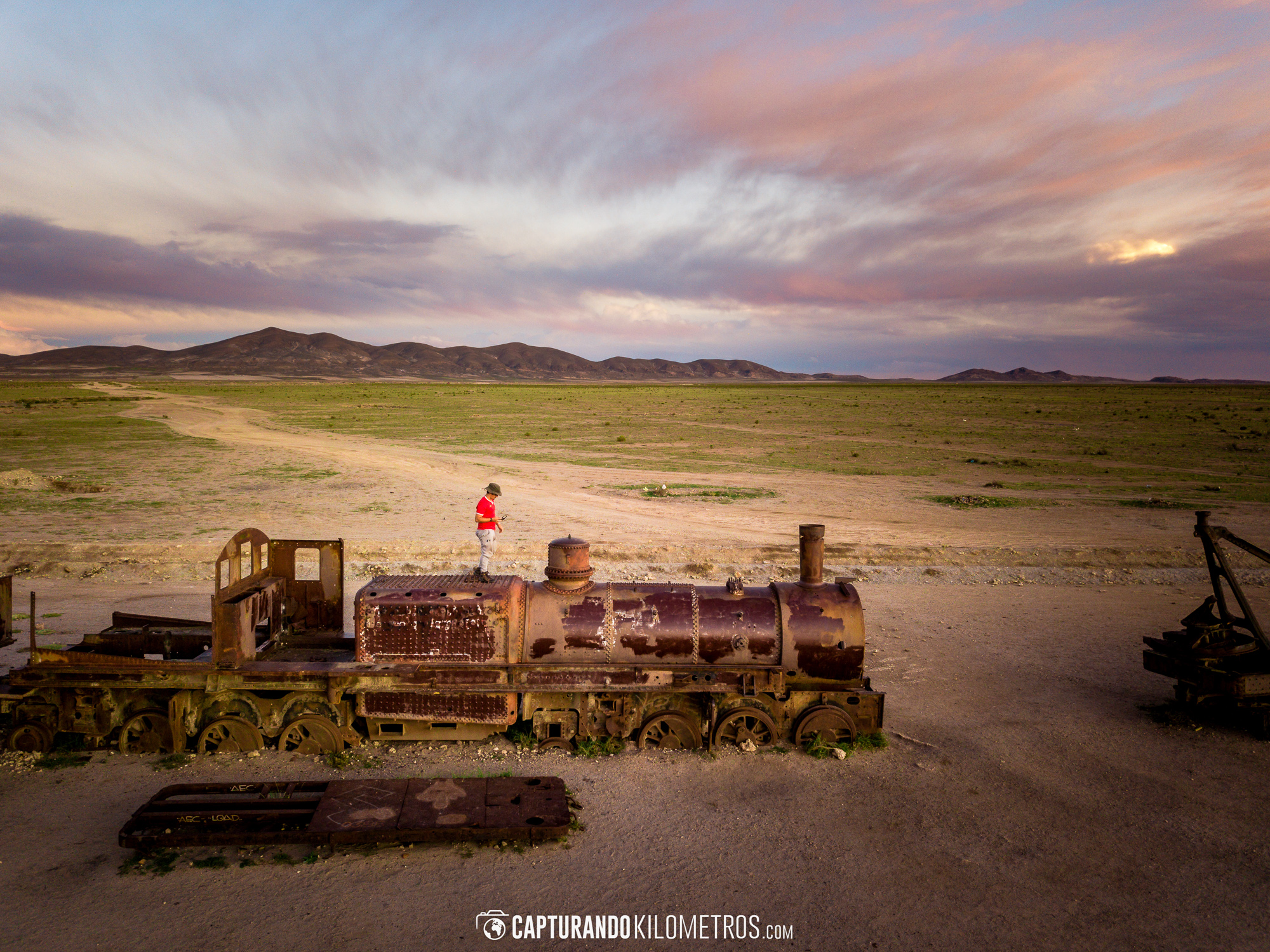 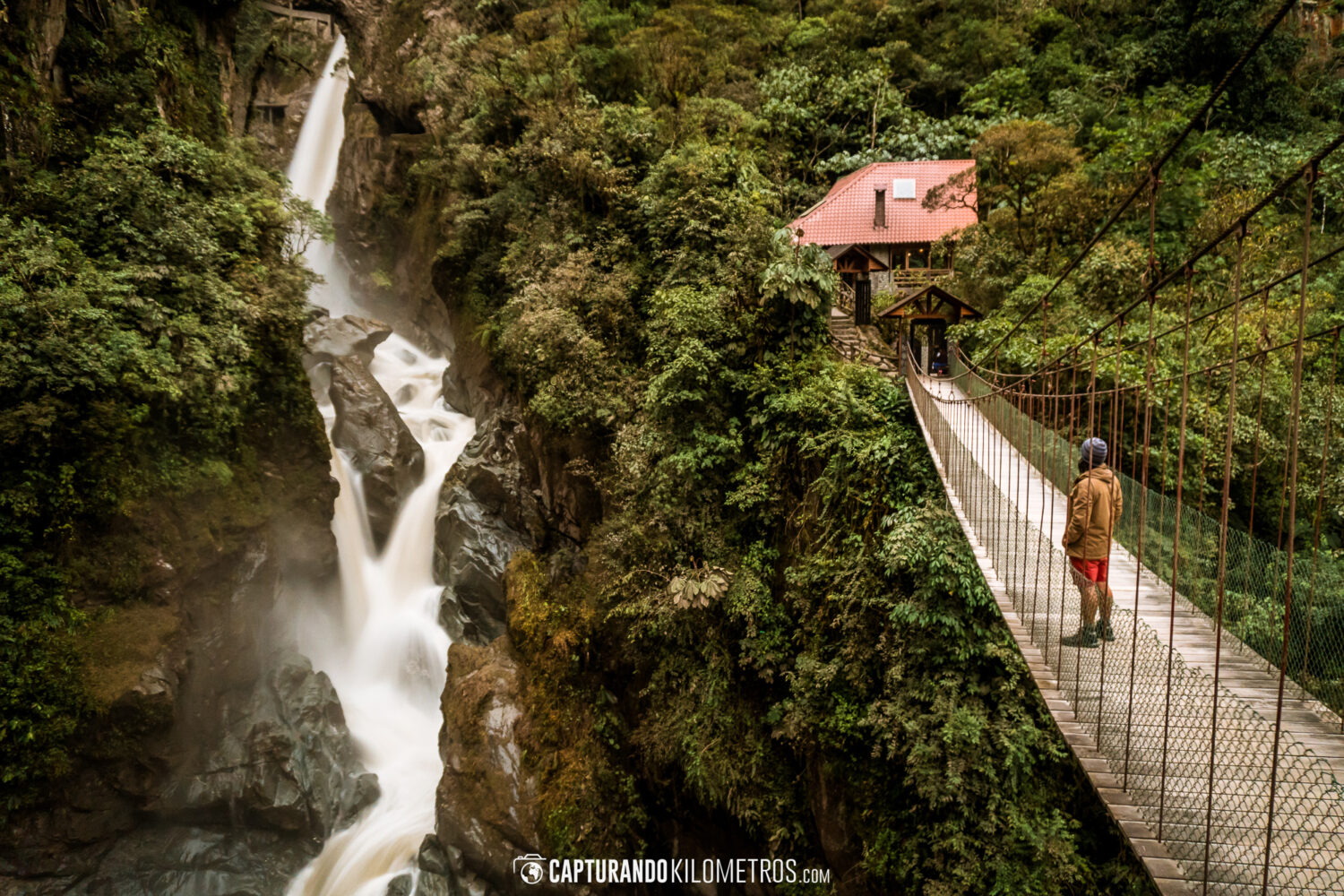 What’s next for Emmanuel? “I want to go to Patagonia and finish South America,” he says. His van is currently parked in La Paz, Bolivia, where it will remain until travel restrictions ease. To follow Emmanuel’s travels and browse more of his photography, follow @capturandokilometros on Instagram. 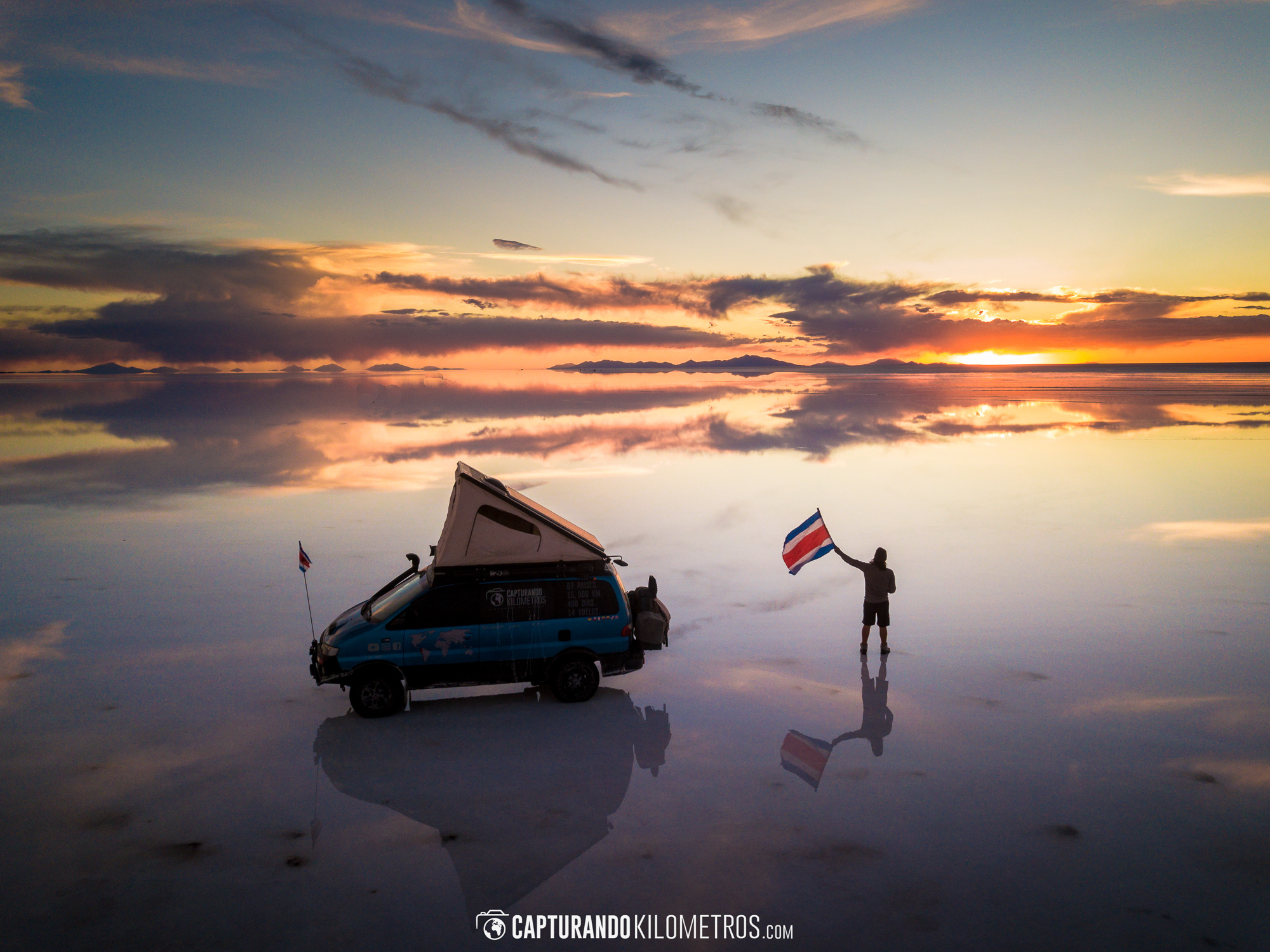