About a year ago I was wandering the narrow aisles of a small bookshop in Jamestown NY when a dust covered hardback caught my eye. The tattered and yellowed cover read “20,000 Miles South, A Pan-American Adventure in a Seagoing Jeep from the Arctic Circle to Tierra Del Fuego”. I don’t think my attention could have been snapped up quicker if a kangaroo had just kicked me in the face. I of course, purchased the book and rushed home to a shaded hammock for one of the most inspiring adventure tales I’ve had the pleasure of reading. This simply worded and easily read novel tells the true story of three adventurers, Frank Schreider, Helen Schreider, and their faithful companion Dinah the German Shepherd, on their journey from Alaska to the southern most point of South America; Ushuaia in Tierra del Fuego. Their vehicle of choice? A small GPA Amphibious Jeep affectionately named “La Tortuga” or the turtle; which wasn’t all that great at being a Jeep and was even worse at being a boat.

Setting out against all odds, the Schreiders aimed to be the first people to drive (and float) from North America to the tip of South America under their own power. No small feat for your every day duo. The journey takes them from the cold north to the dense jungles where they are forced to chop their way through seemingly impassable foliage, winch through thick mud, and ford across raging rivers. The daring couple finds themselves taking shelter on remote islands and living in isolated villages where they interact with locals and experience cultures, which had largely remained untouched by the outside world. Helen and Frank meet and overcome challenge after challenge throughout the book, depicting the relentless spirit needed to tackle the often-tough and perilous reality of international travel. In the end it’s clear that the two have experienced the joy of exploration and discovered what being truly adventurous is all about.Although this novel was written in the 1950’s it hasn’t lost its ability to entertain or teach a lesson to the modern adventure traveler. I found myself unable to set the book down and continuously amazed and intrigued as I dove farther into the story. Although I would usually qualify as a casual reader, I read this book every spare second I possessed until I reached the end at which point I only wanted to hear more. Overall I would deem this is a must read for overlanders of all types ranging from weekend warriors to global explorers. A simple, honest, and straightforward account of a life-changing trip made by a couple like any other; 20,000 Miles South will grip and inspire your inner adventurer to get out, push past the familiar, and see what lies beyond the bend. 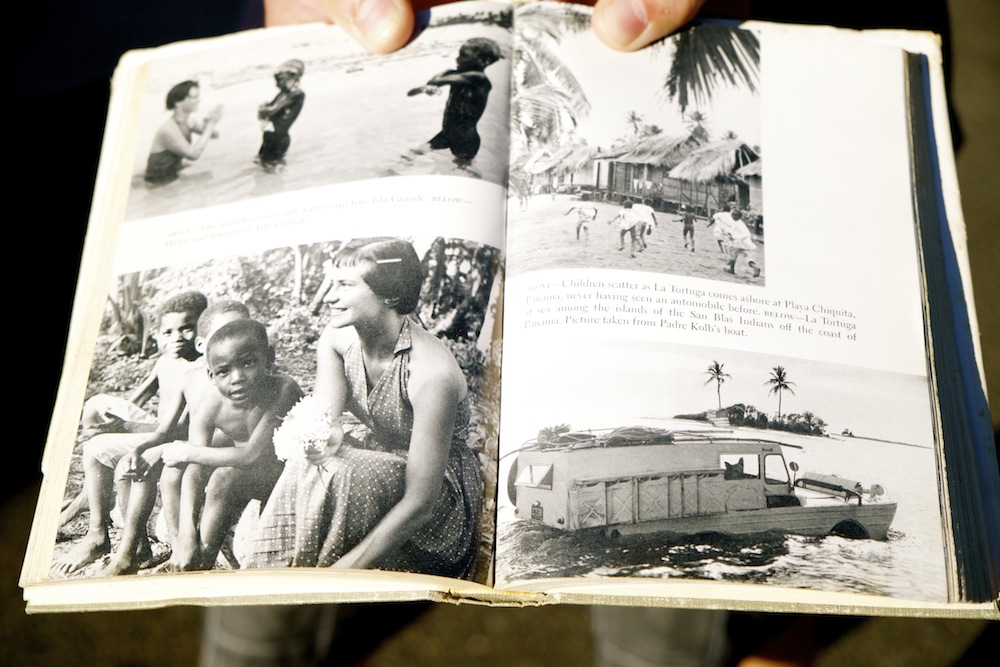 Read More About the Novel or Purchase it Here: