Kurt and Martha Forgét, owners of Black Dog Cycle Works, manage their business remotely and take advantage of the freedom that they get in return. From summers spent traveling to winters in Baja, the couple certainly seems to have the work hard play harder modicum figured out. Ultimately, their love of travel and adventure dictated the need for a comfortable and capable overlanding setup, but they wanted something unique.

Martha picked an Airstream travel trailer for living and working quarters. In addition to the trailer, they needed the ability to haul two motorcycles. The couple set their sights on a 2019 diesel Ford F-450 flatbed chassis and got right to work designing a custom aluminum camper/toy-hauler box. 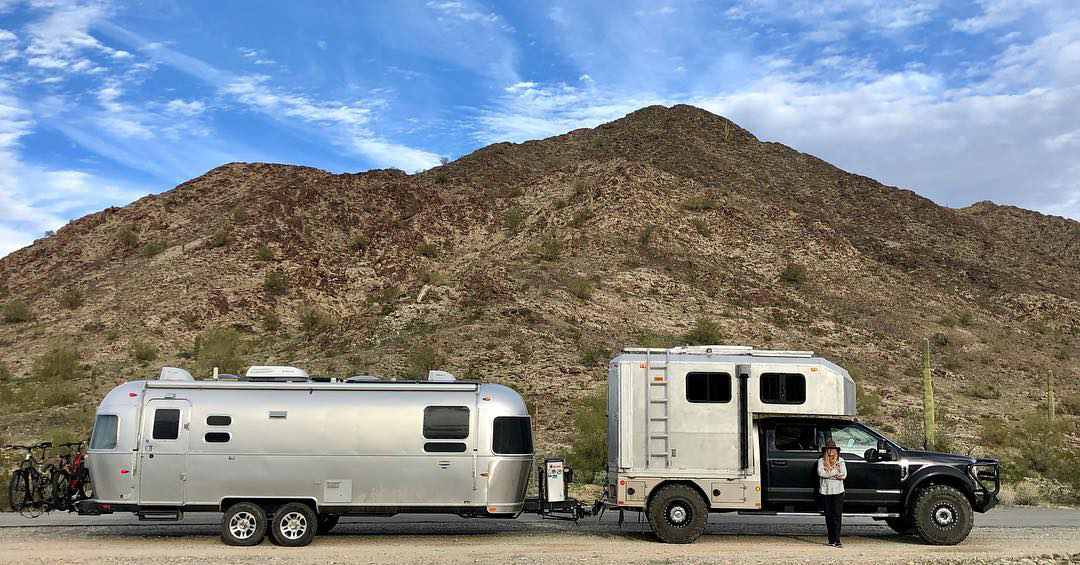 “If you don’t like lots of attention, this probably is not the rig for you. Built to handle the most burly conditions, every aspect of this rig is overbuilt. It features a custom removable aluminum shell that sits on an aluminum flatbed installed to a 2019 Ford F-450 Ultimate Lariat 4WD diesel.

This rig was built to travel the backcountry in style while pulling a lifted Airstream (the Airstream is not for sale). The shell was designed to hold two motorcycles while having plenty of room for extra gear and equipment, a 46-gallon water tank, and a battery/inverter/solar panel system capable of running an ARB refrigerator indefinitely as well as fulfilling virtually any electrical needs.

Settling on a medium-duty, truck-based tow rig for the base vehicle (Ford F-450 Ultimate Lariat), the idea of a custom-designed removable aluminum shell was formed. Utilizing a flatbed maximized the interior width of the shell, and 6-foot hydraulic rams enabled the shell to be lifted off the truck and lowered completely to the ground for ease of loading and unloading bikes and gear. 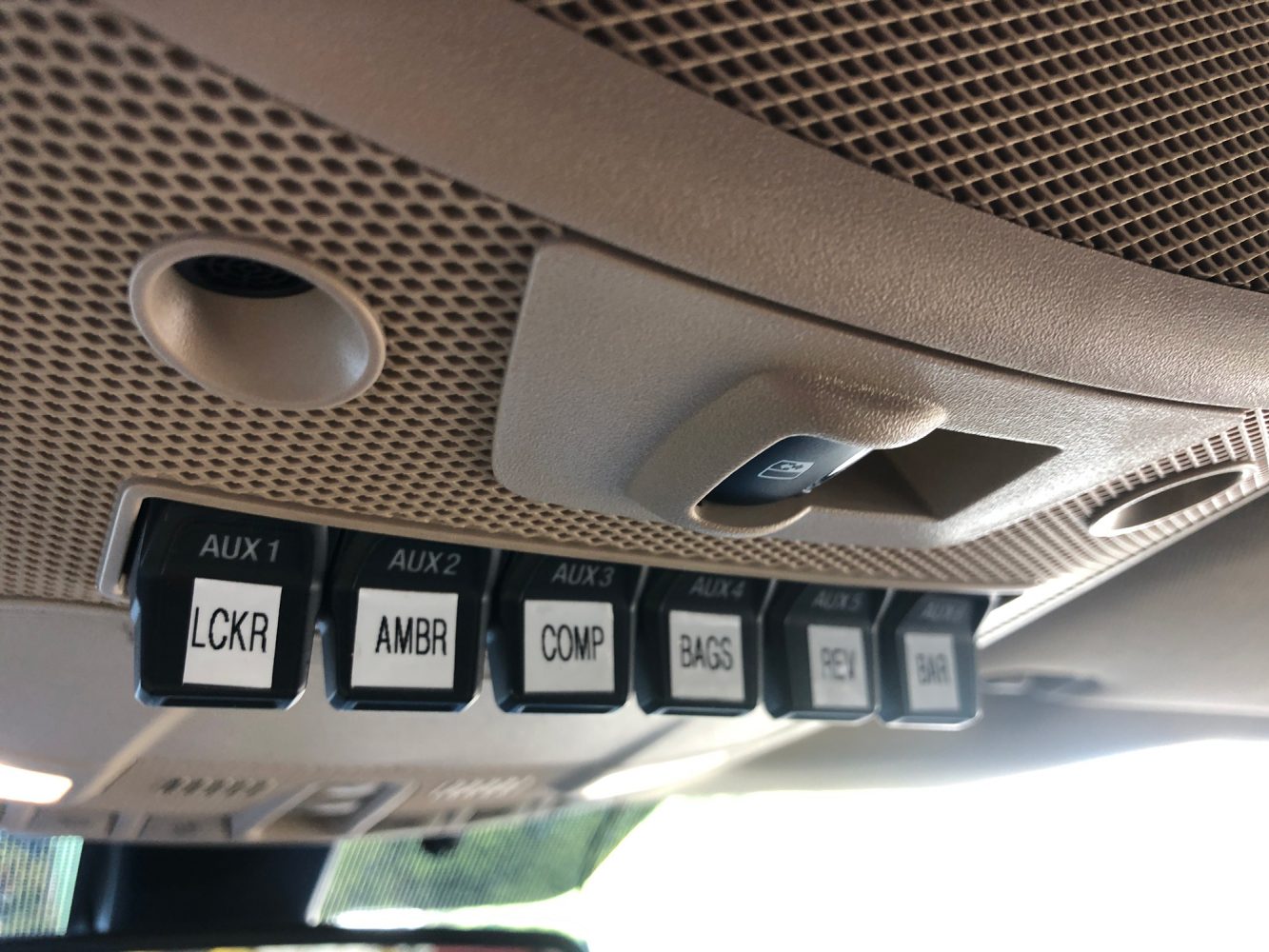 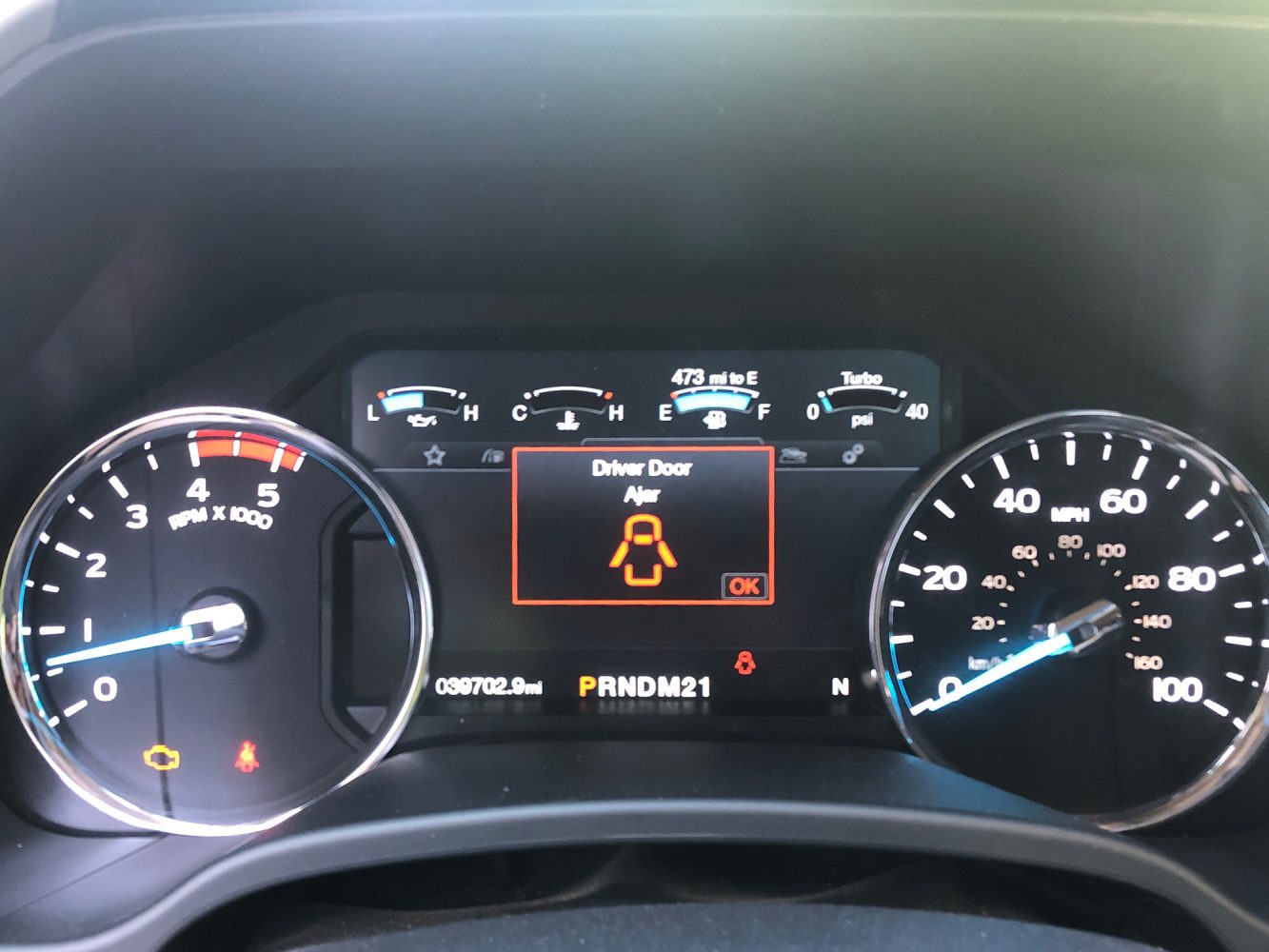 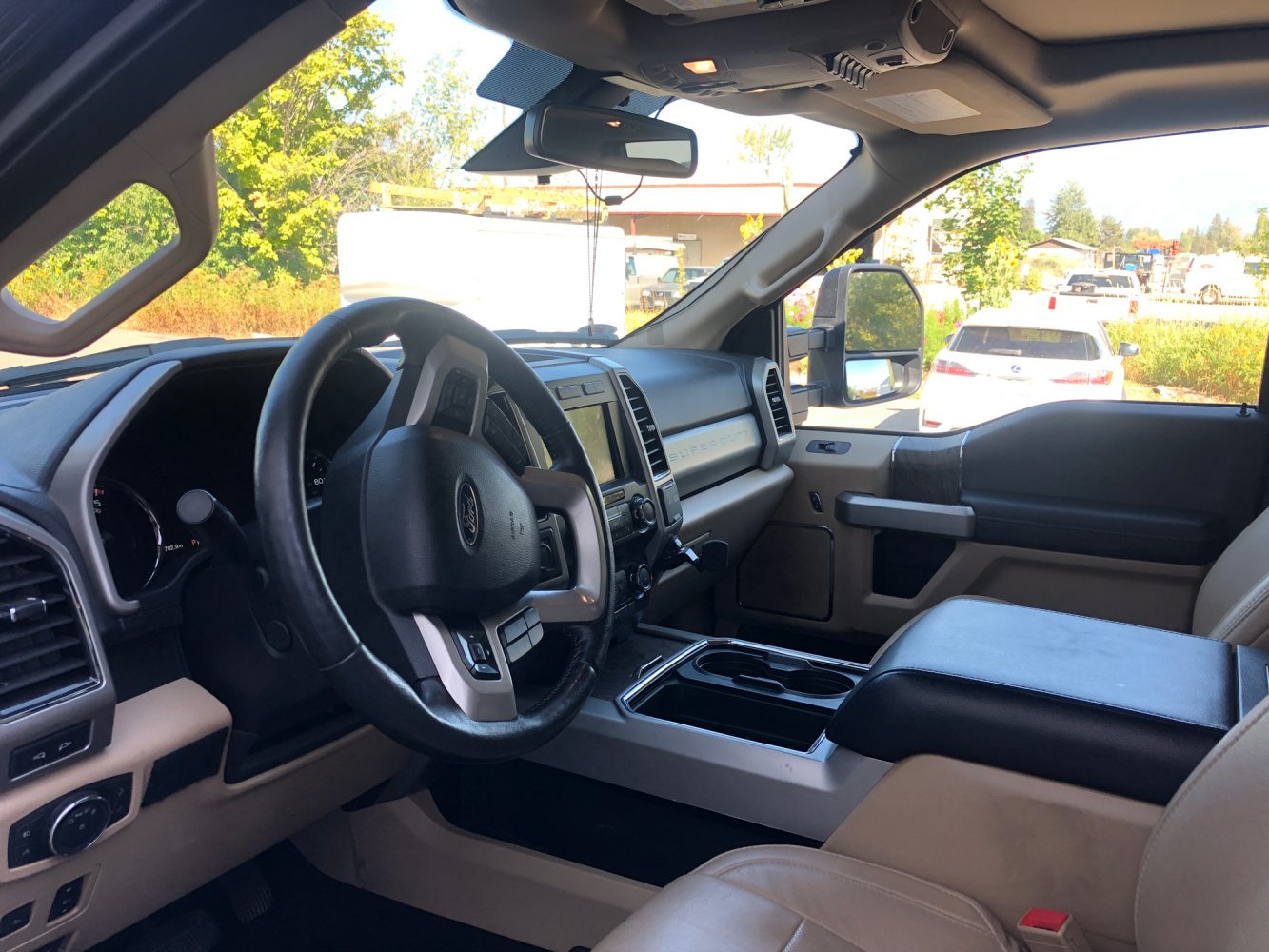 Due to DOT width restrictions, Kurt needed to eliminate the dually wheels. A single rear wheel conversion was sourced, including 41-inch Continental MPT81 tires to handle the load capacity and to give the rig plenty of off-road capability. Lower gearing with a front e-locker added to the off-road prowess. In the event they got over their head, a 17,500-pound winch was installed in the RoadArmor front bumper. Tons of Rigid Industries LED lights were added to light the way during night-time excursions. An Extreme Outback heavy-duty air compressor was installed under the flatbed to air up the tires with added outlet ports at the front and rear of the truck. 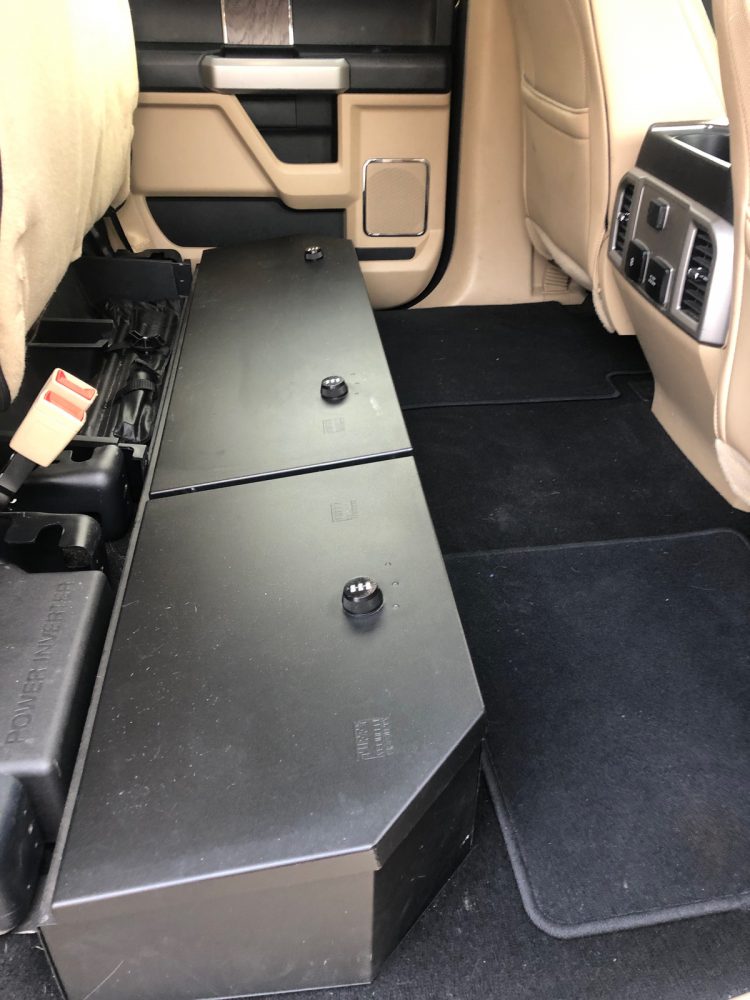 After completing the design, Kurt worked with a local fabrication genius to build the shell. Kurt installed all the insulation, wiring, plumbing, track, and interior finishes. Mac’s Custom tie-downtrack was installed throughout the shell to safely secure the bikes and cargo. To maximize the off-grid capability, the shell includes 300 watts of solar, two AGM batteries, a solar charge control, an AC inverter, a 46-gallon water tank with a 12-volt pump, as well as numerous 12-volt and 110 outlets inside and out. For fun, Kurt also installed a wireless perimeter lighting system that could be activated from the Airstream, illuminating things that go bump in the night. A roof rack was also installed to haul extra gear and a 10-foot, 3-piece motorcycle ramp for loading and unloading the bikes if the shell was on the truck. 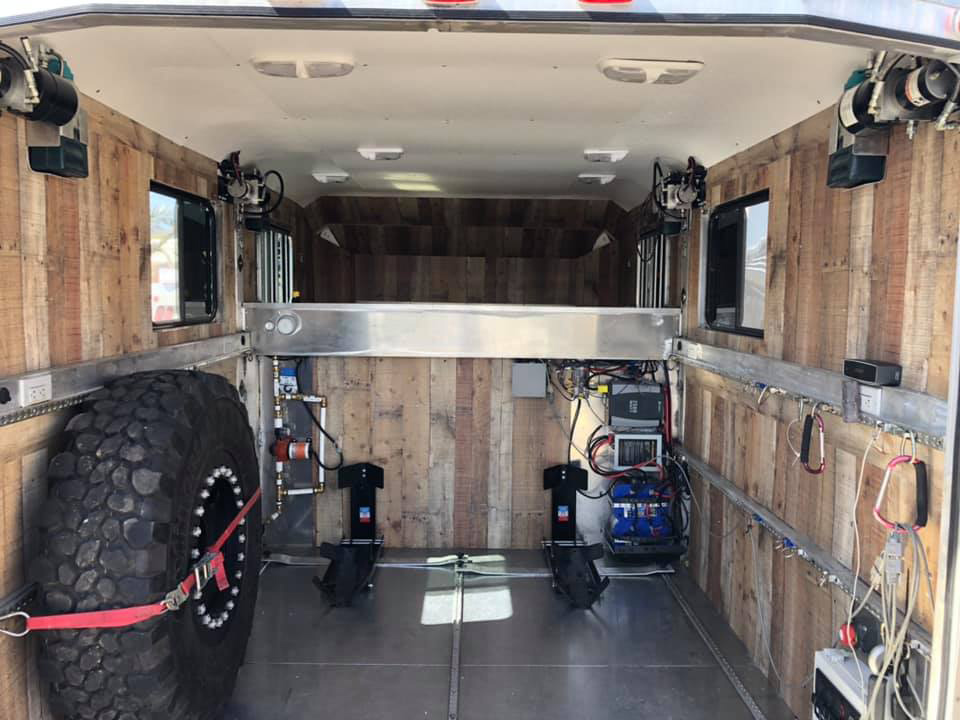 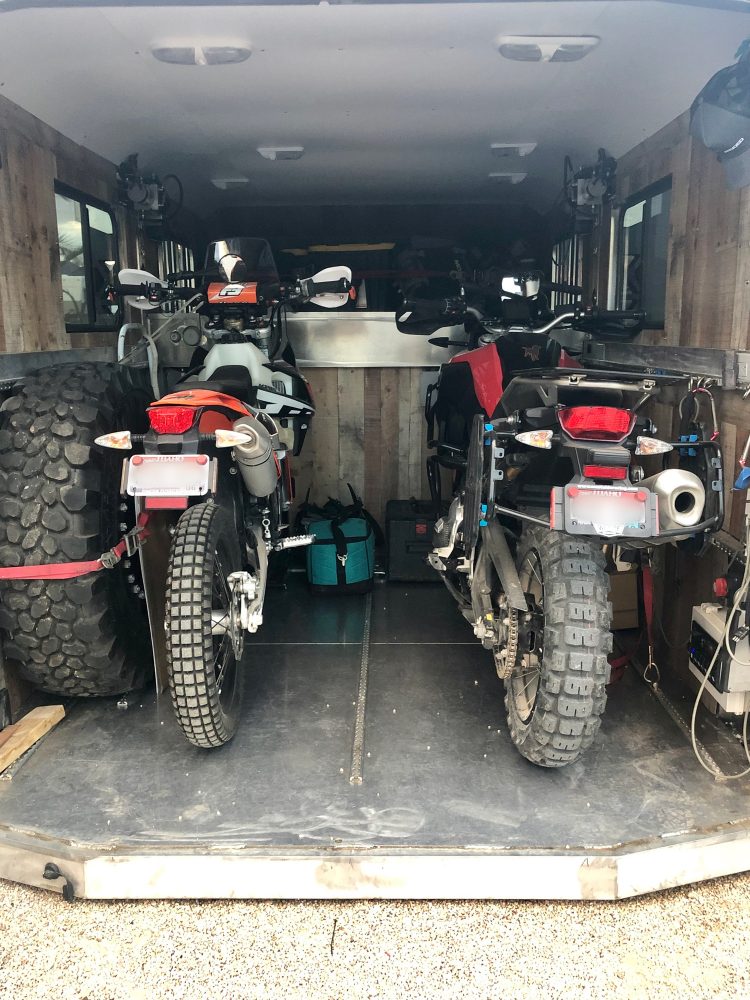 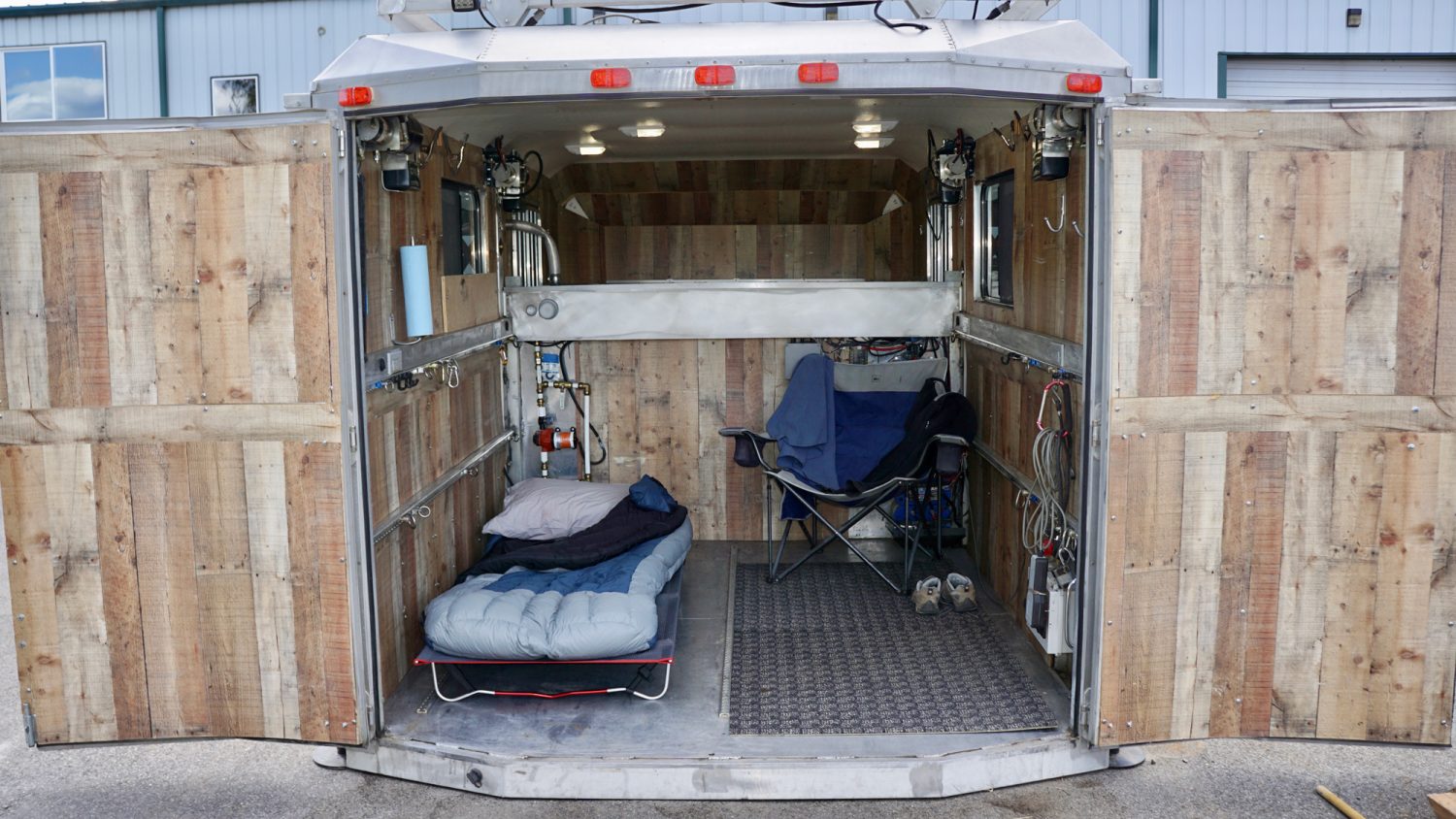 The 27-foot Airstream was lifted 6 inches, so the rig would not be restricted to the pavement. Another 400 watts of solar and oversized batteries were added, making extended boondocking possible. Also installed in the trailer is Airstream Connected, which creates a cellular-based WiFi system inside and outside; this allowed them to literally be connected just about anywhere they wanted to camp. The maiden voyage with the truck and shell was down the Baja peninsula, to their home outside Mulege. Their 2019 adventures included a 3.5-month trip to Alaska through British Columbia and the Yukon Territory, including Top of the World Highway and a lot of time camping off the grid on the Kenai Peninsula. 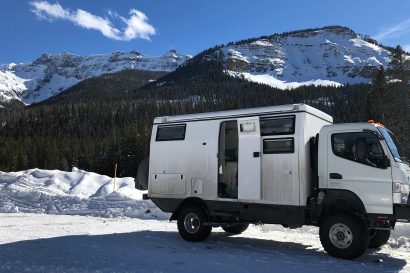 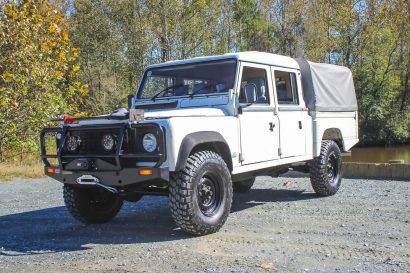