In everyone’s life, there are a few perfect vehicles that come up for sale. You know the ones I mean, that one-owner cherry Porsche your neighbor owned but you passed up, that low-mile Range Rover Classic that popped up on eBay and you just couldn’t justify, or the 60 Series with every maintenance record since production. Well, if you’ve been waiting for the perfect 70 Series, here it is. It was built by Proffitt’s Resurrection Cruisers out of Colorado, and displayed at SEMA and several other industry venues where we all fell in love with it, and the media raved about it. Usually, we would write in detail about the truck’s features, but we think the advertisement actually said it best, so we’ve quoted it below. 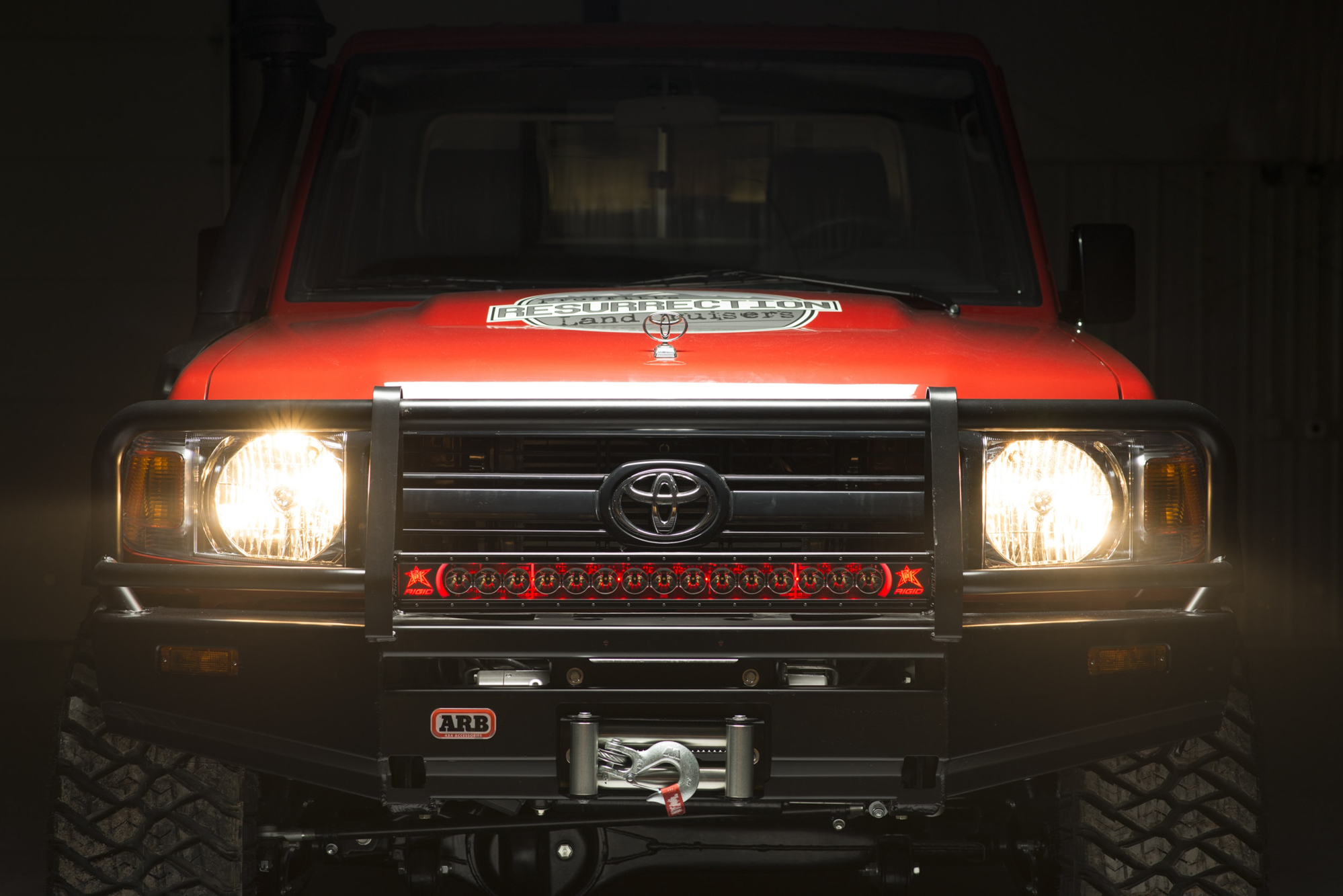 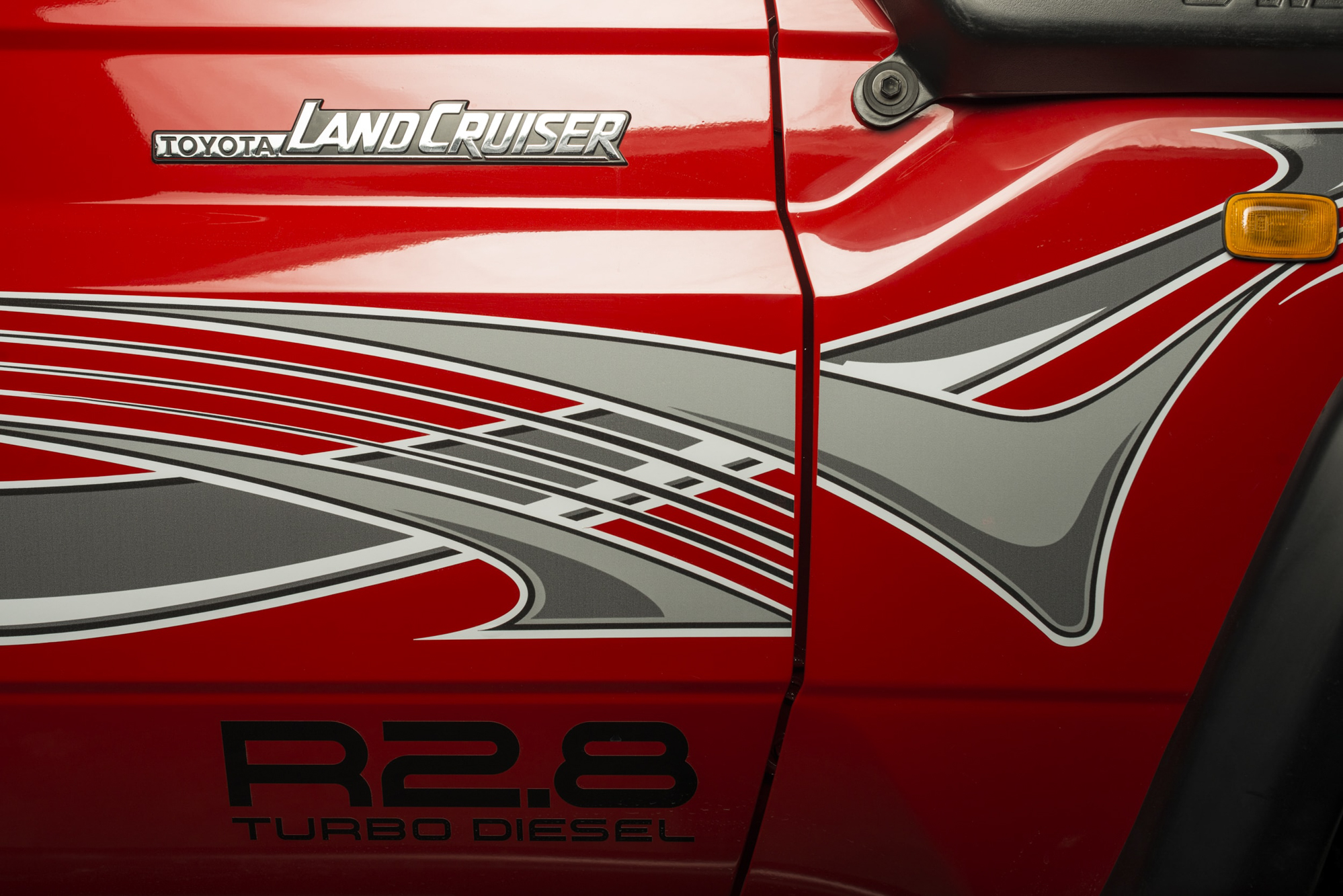 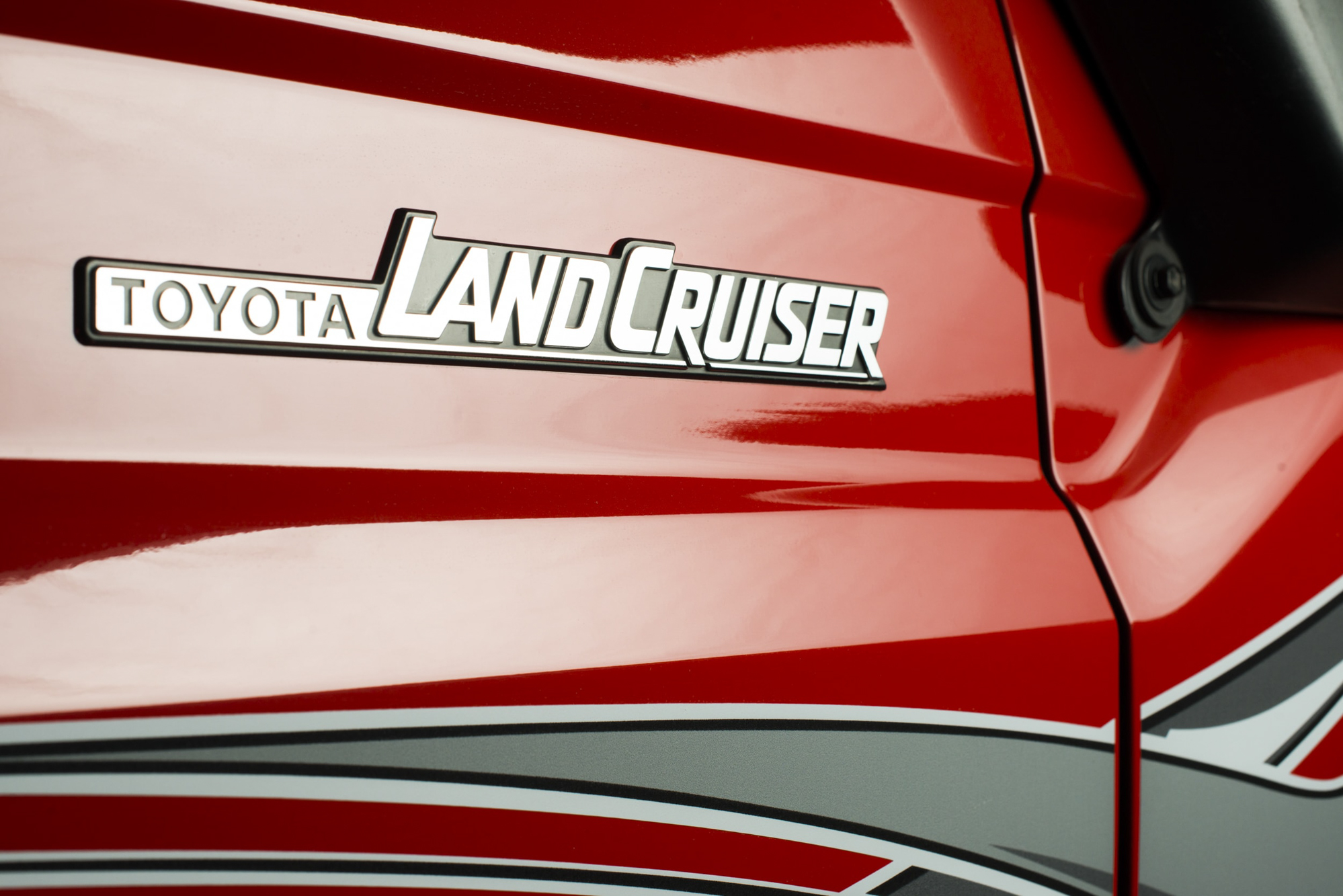 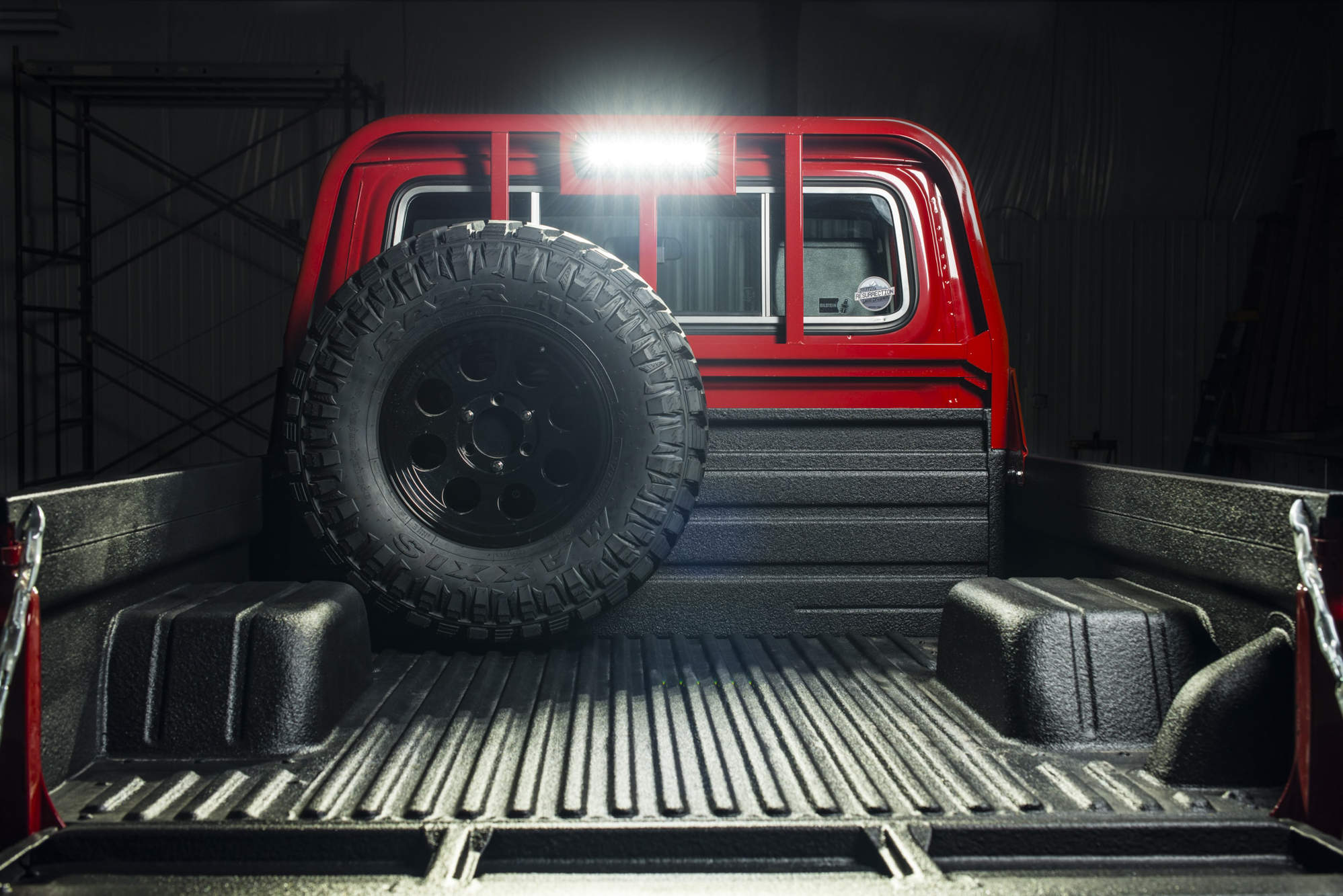 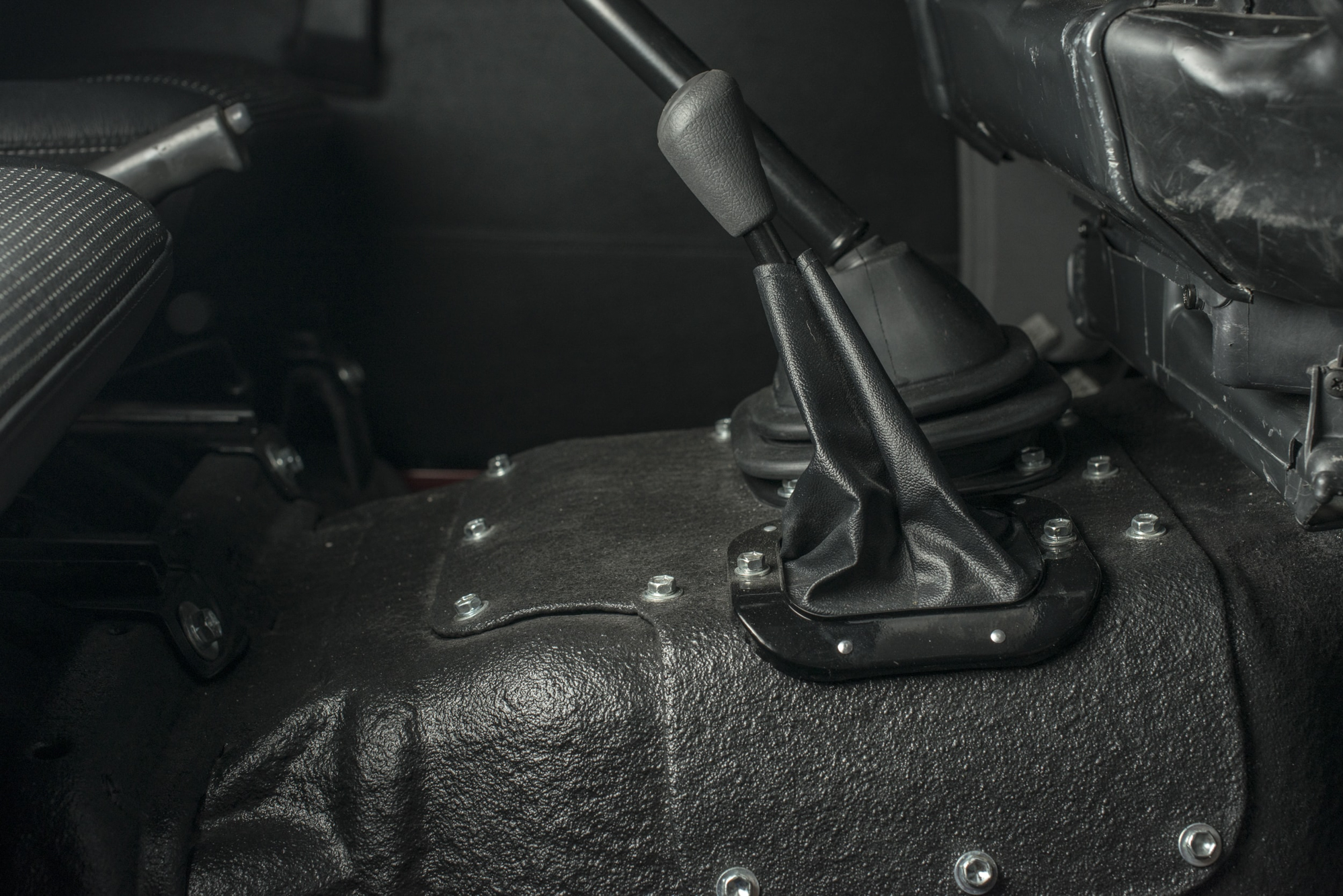 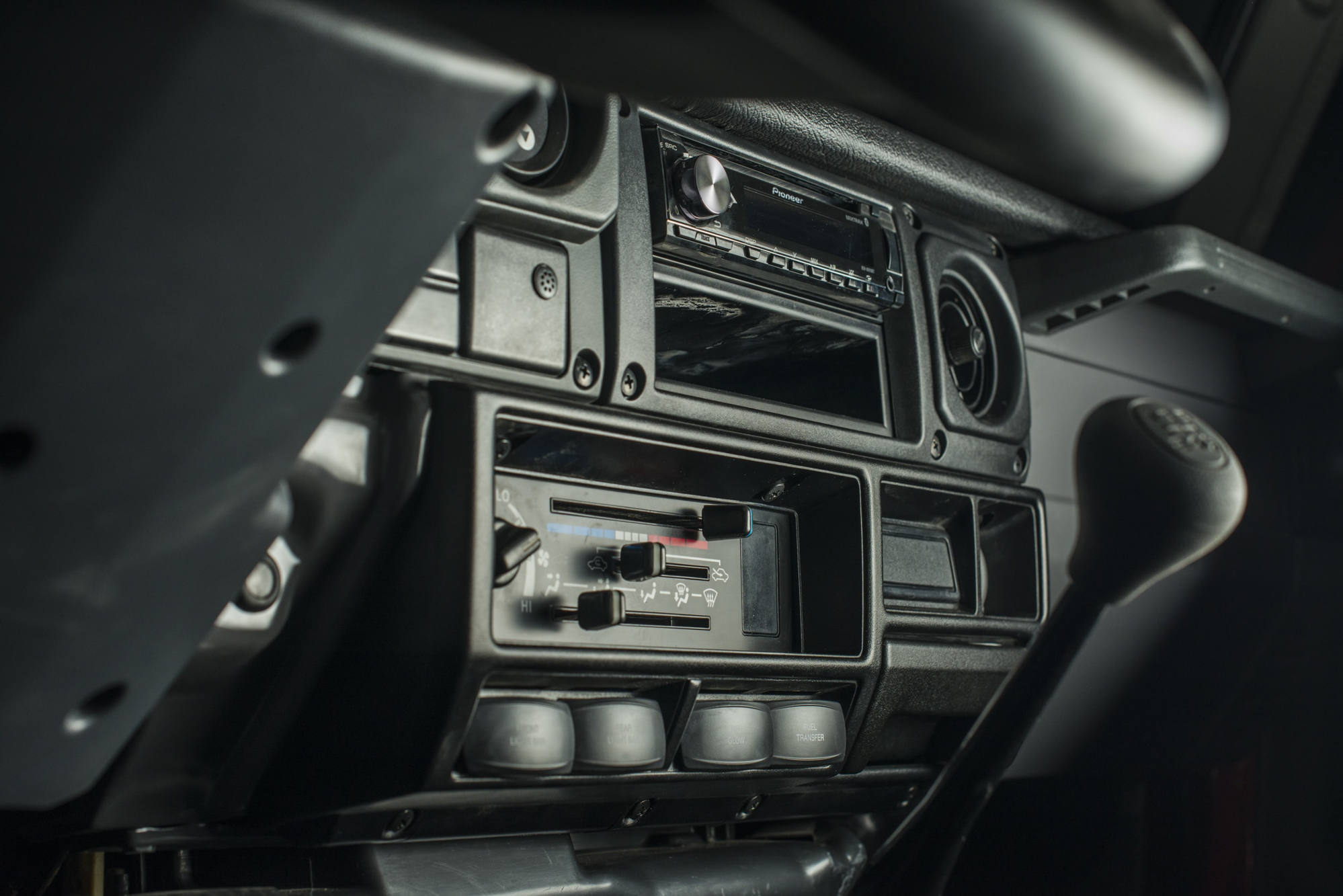 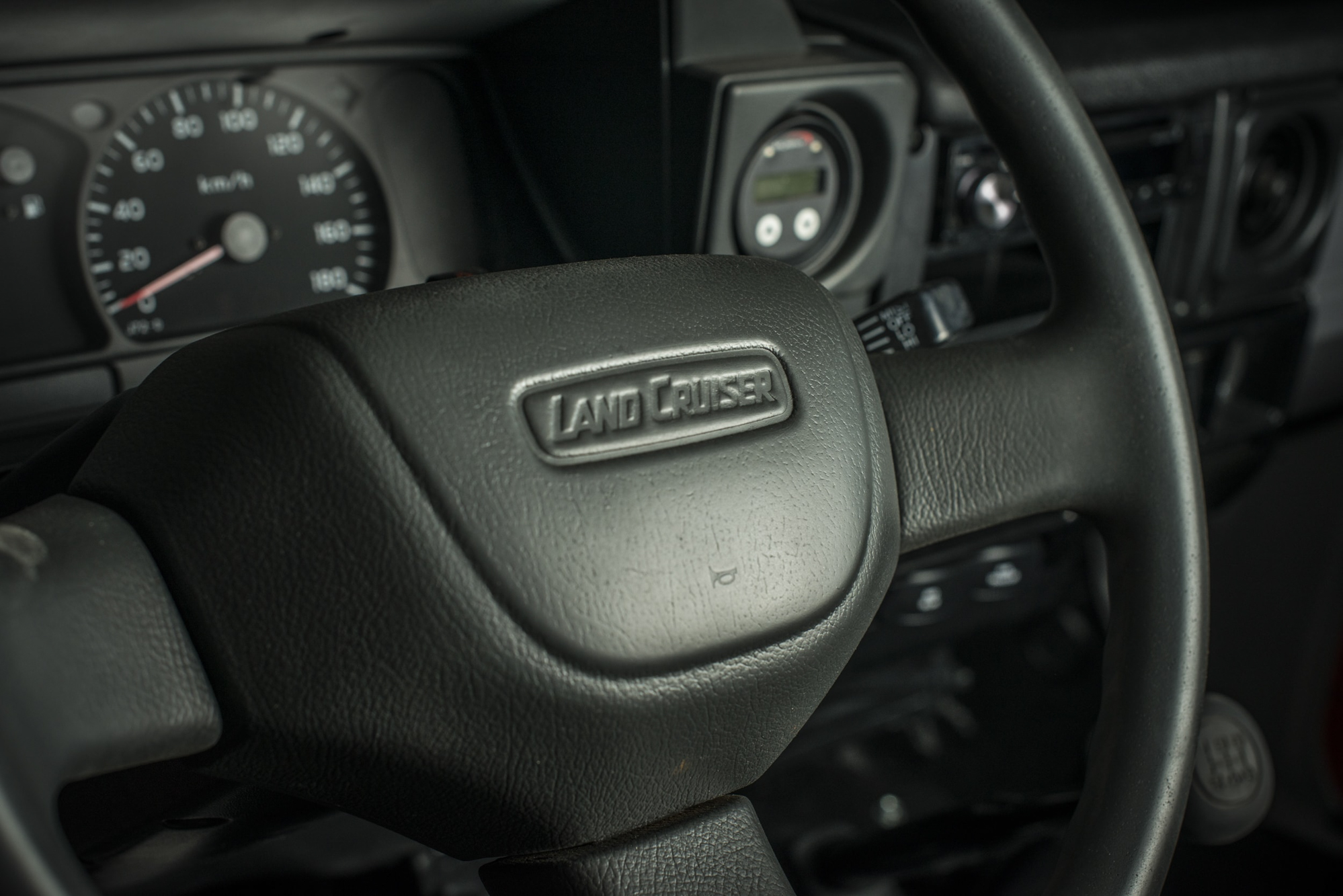 This Land Cruiser started life as a 1993 FZJ80 with factory locking differentials.  The frame was stretched to accommodate a donor 79 Series Land Cruiser pickup body. After modifications, the chassis and all its sub components were powder coated or painted, and reassembled with all-new or hand-refinished OEM fasteners. The engine compartment was fitted with a new Cummins R2.8 turbo diesel engine, coupled to a new Toyota H55F 5-speed transmission and rebuilt split transfer case. The body was repainted inside and out with Toyota Freeborn Red, and the floor of the bed and cab, as well as the entire undercarriage was sprayed with Vortex commercial bedliner. 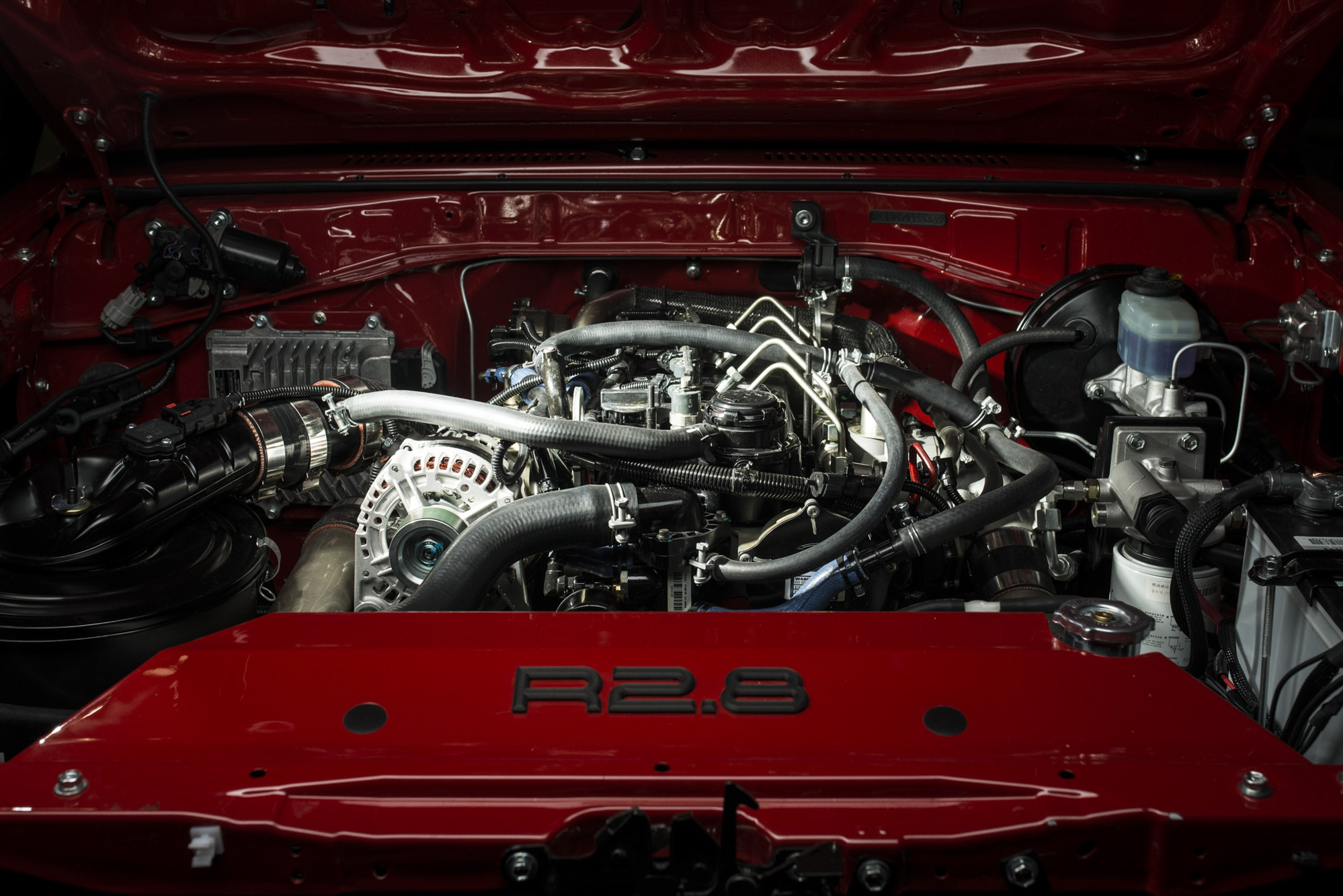 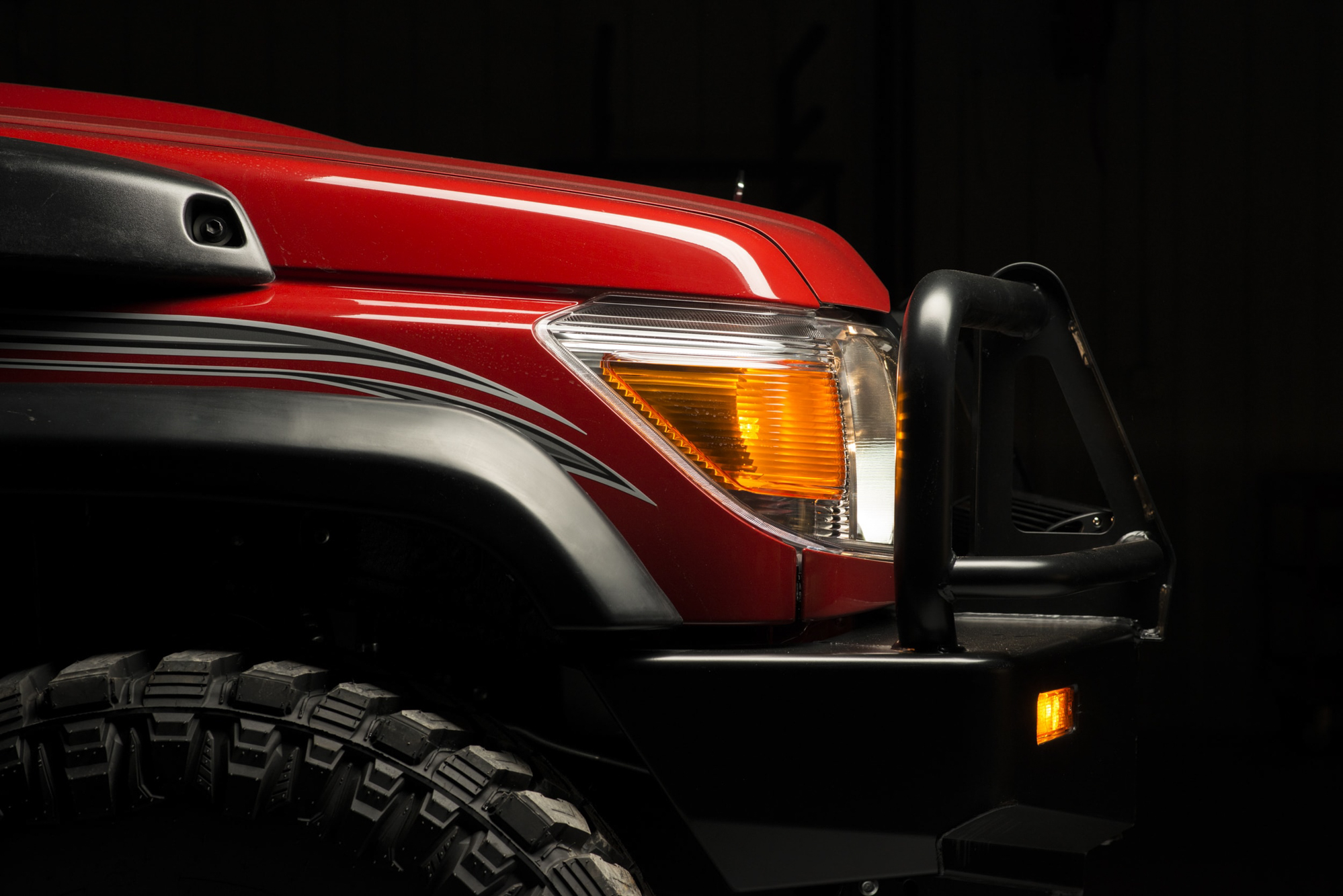 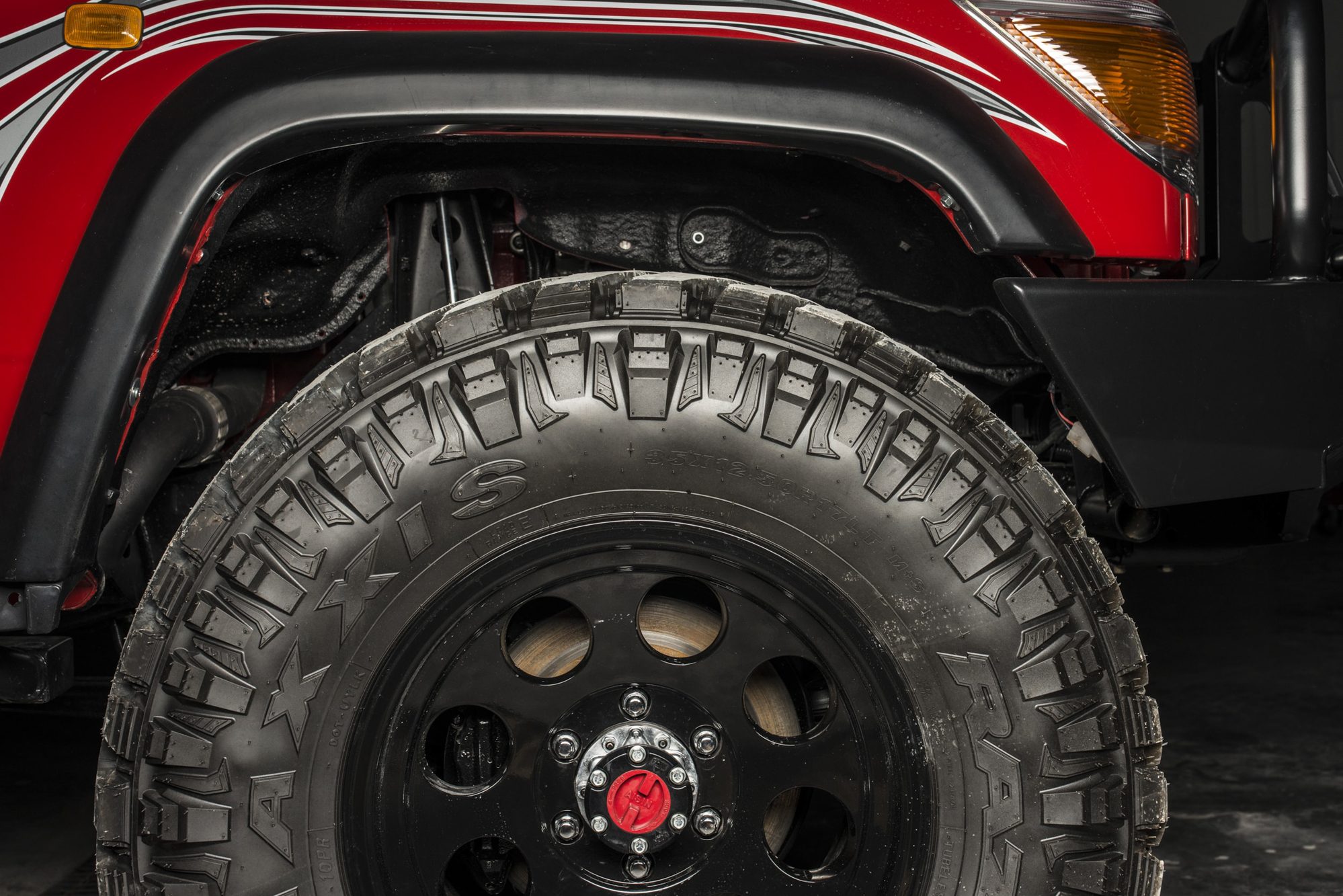 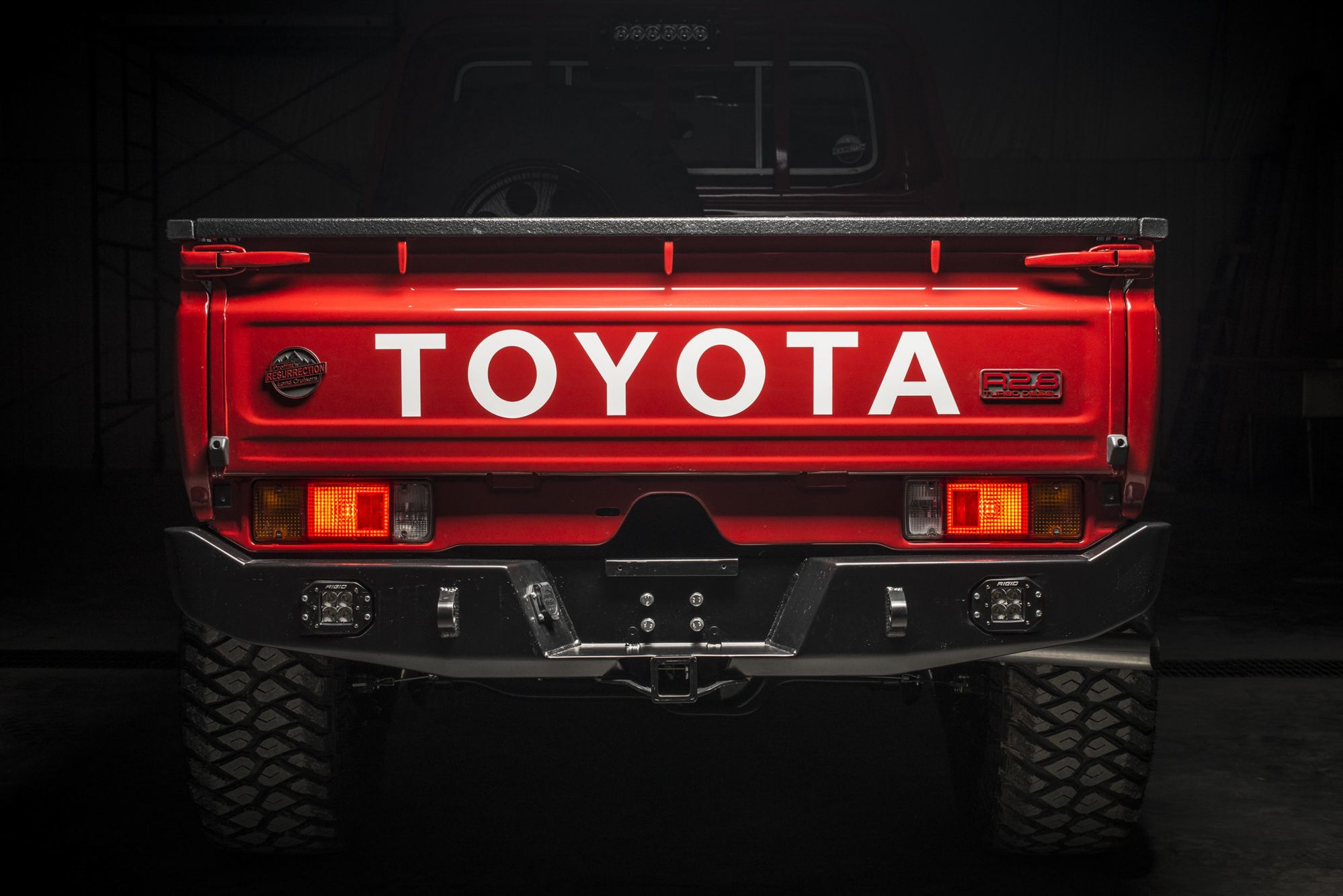 Reassembly and custom installation of the body and its components were carried out with meticulous attention to detail and every fastener was hand refinished in clear zinc. Inside, a pair of factory 79 Series seats were recovered with black leather, and the OEM dash was enhanced with a Murphy gauge to monitor the engine and a few extra custom switches to control the light bars and fuel transfer. Two custom fuel tanks were fabricated, and together they hold almost 60 gallons, giving the Land Cruiser a range of well over 1,000 miles. Before Overland Expo, and in part thanks to Sloop Imports, the Land Cruiser was fitted with overland gear to include a Camp King hard-shell rooftop tent, 12V Mate portable dual battery system, a Snowmaster fridge/freezer, and more. 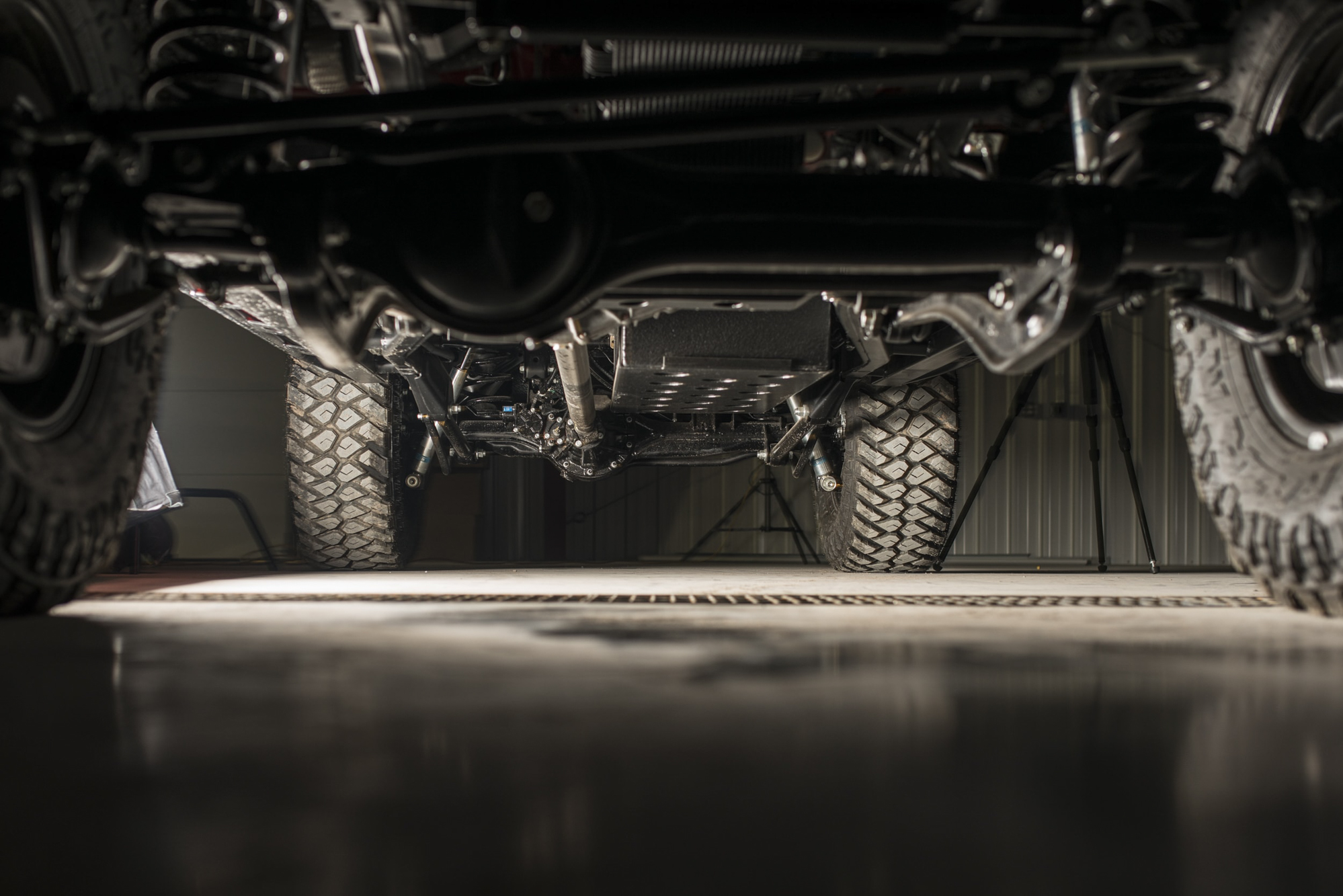 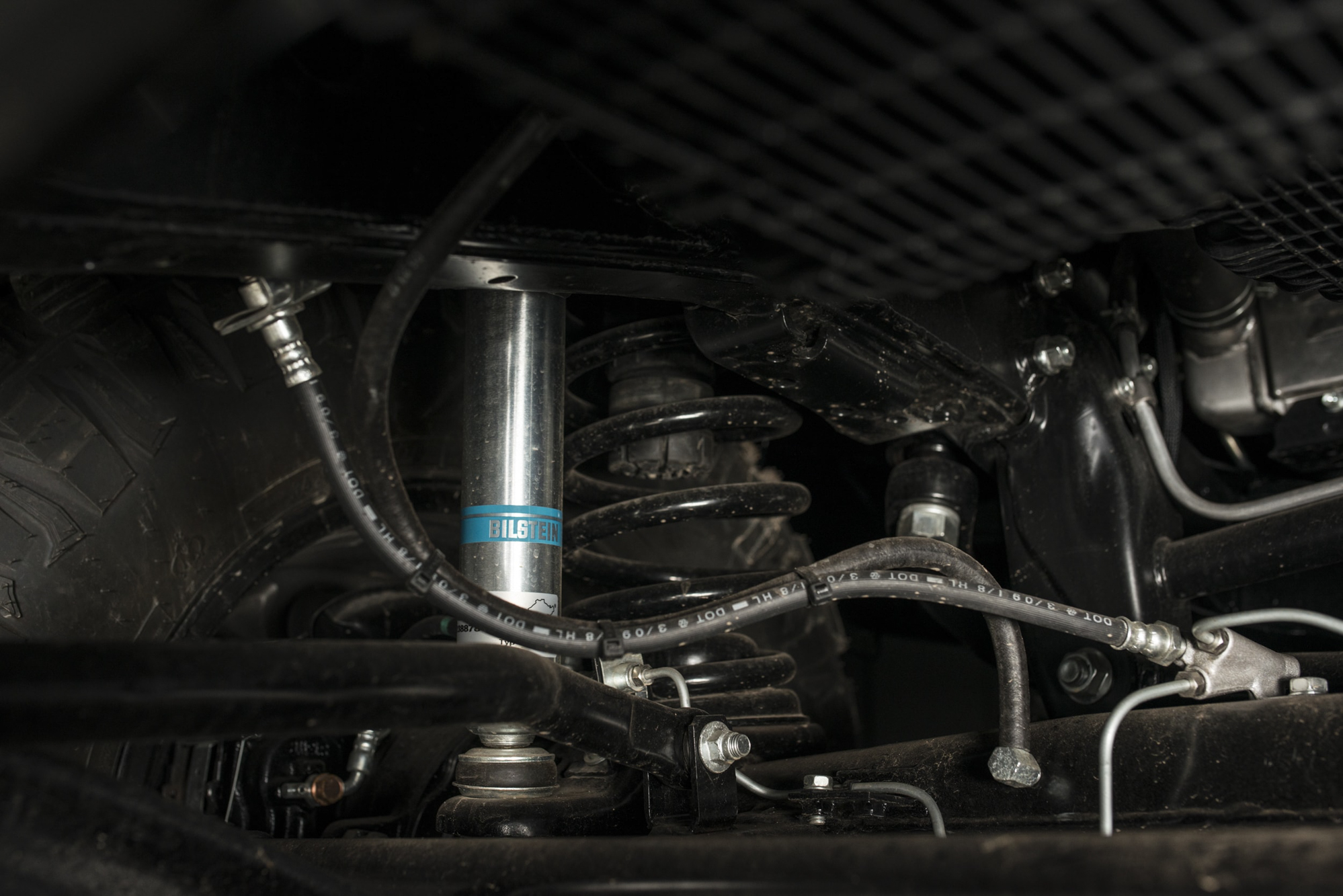 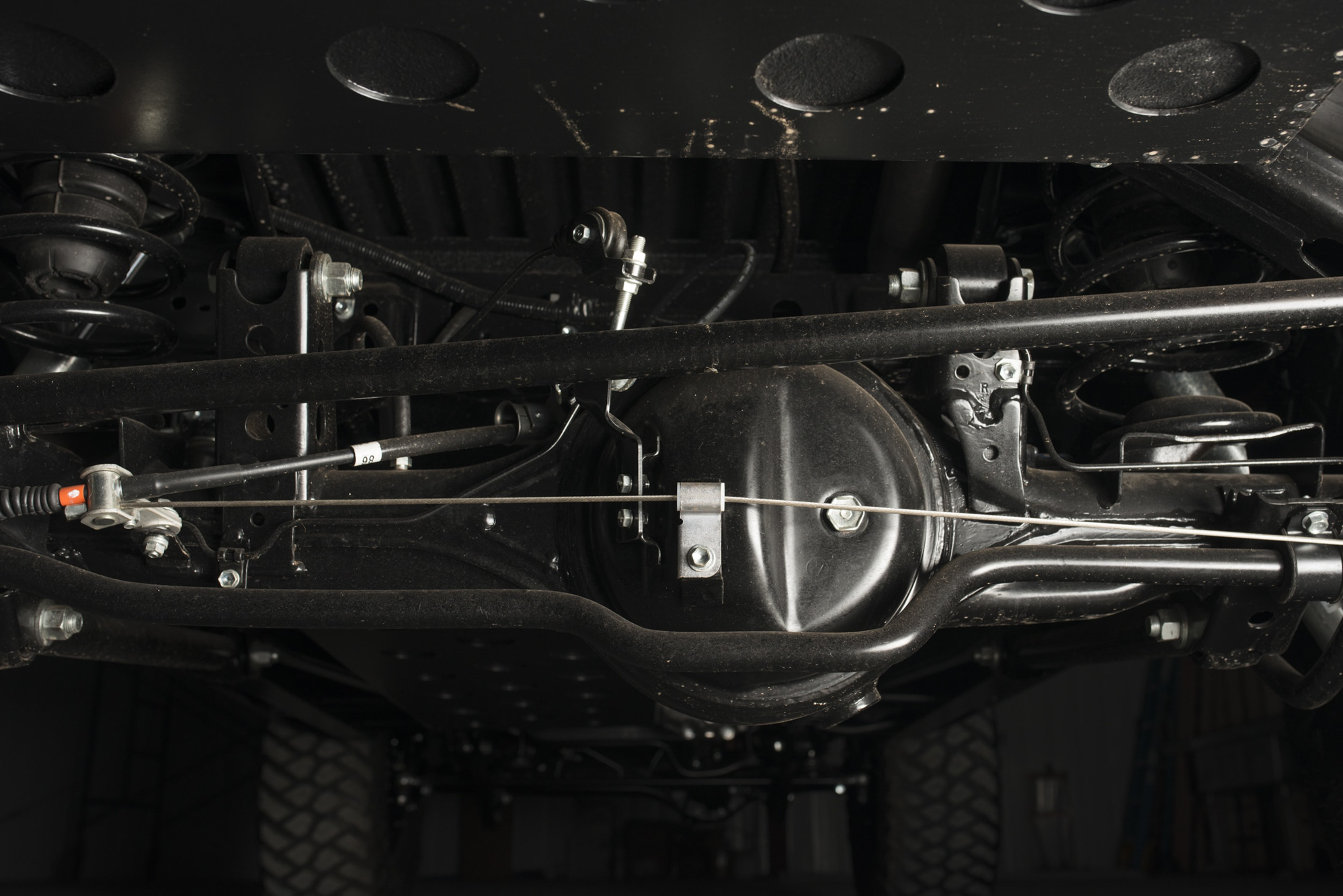 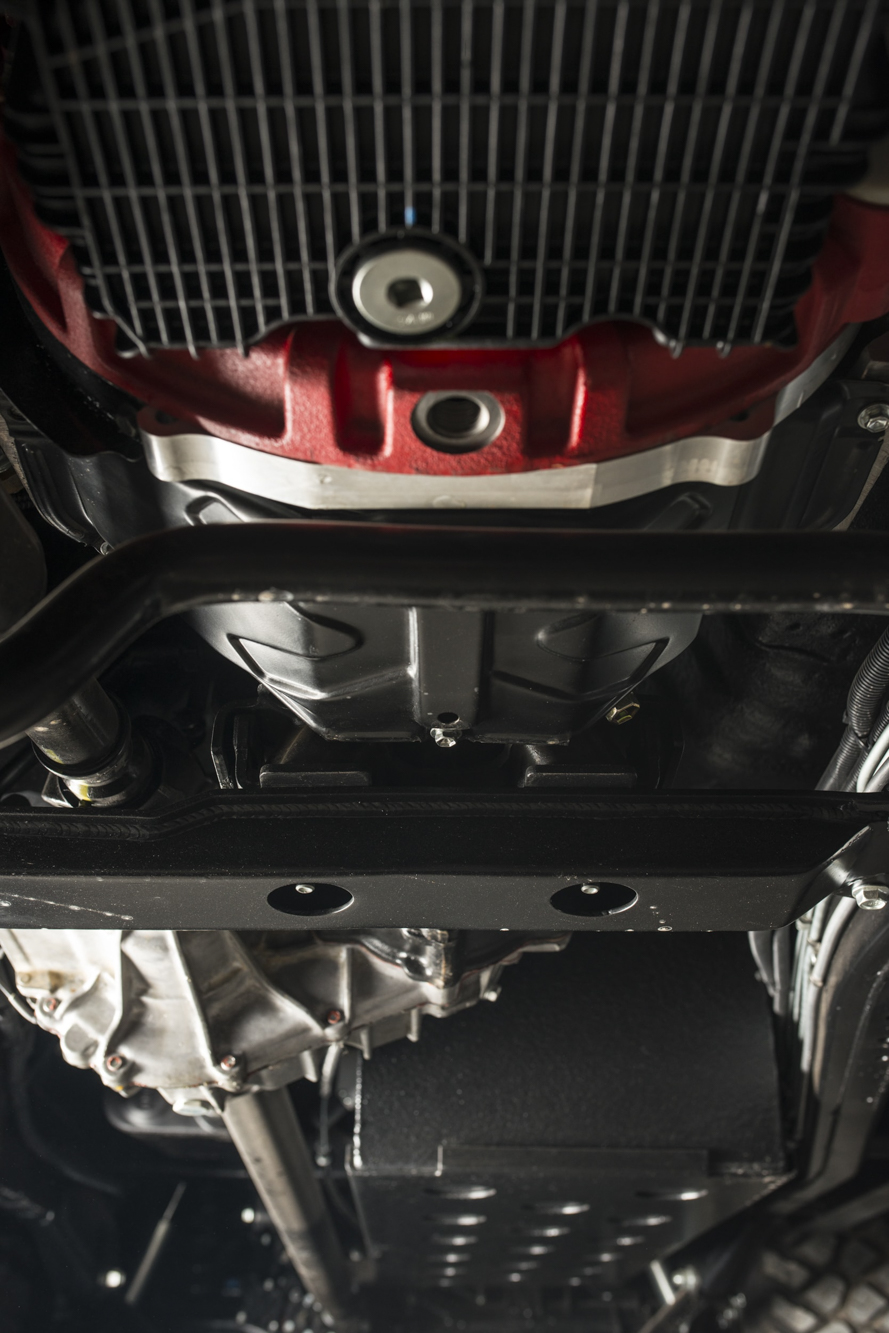 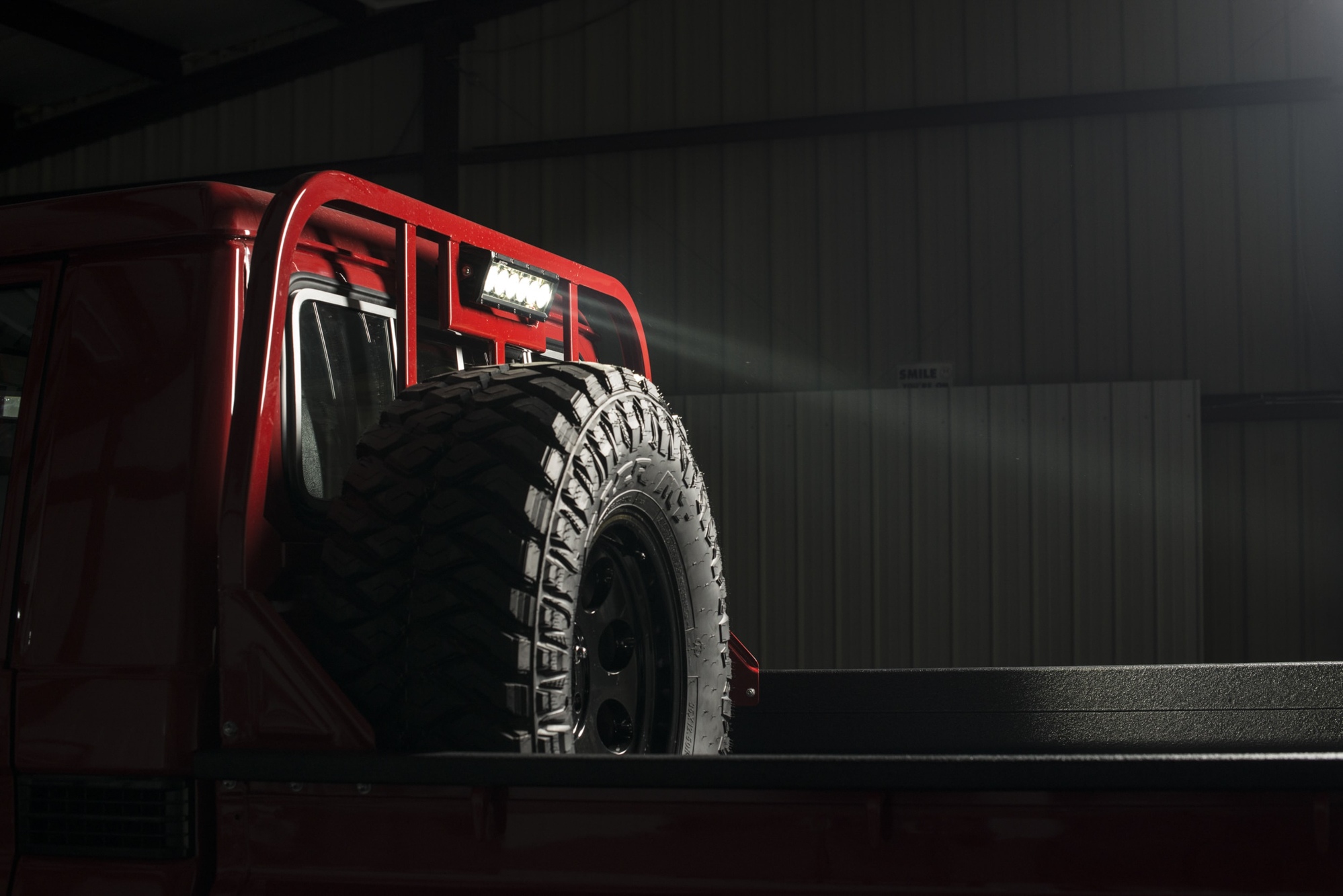 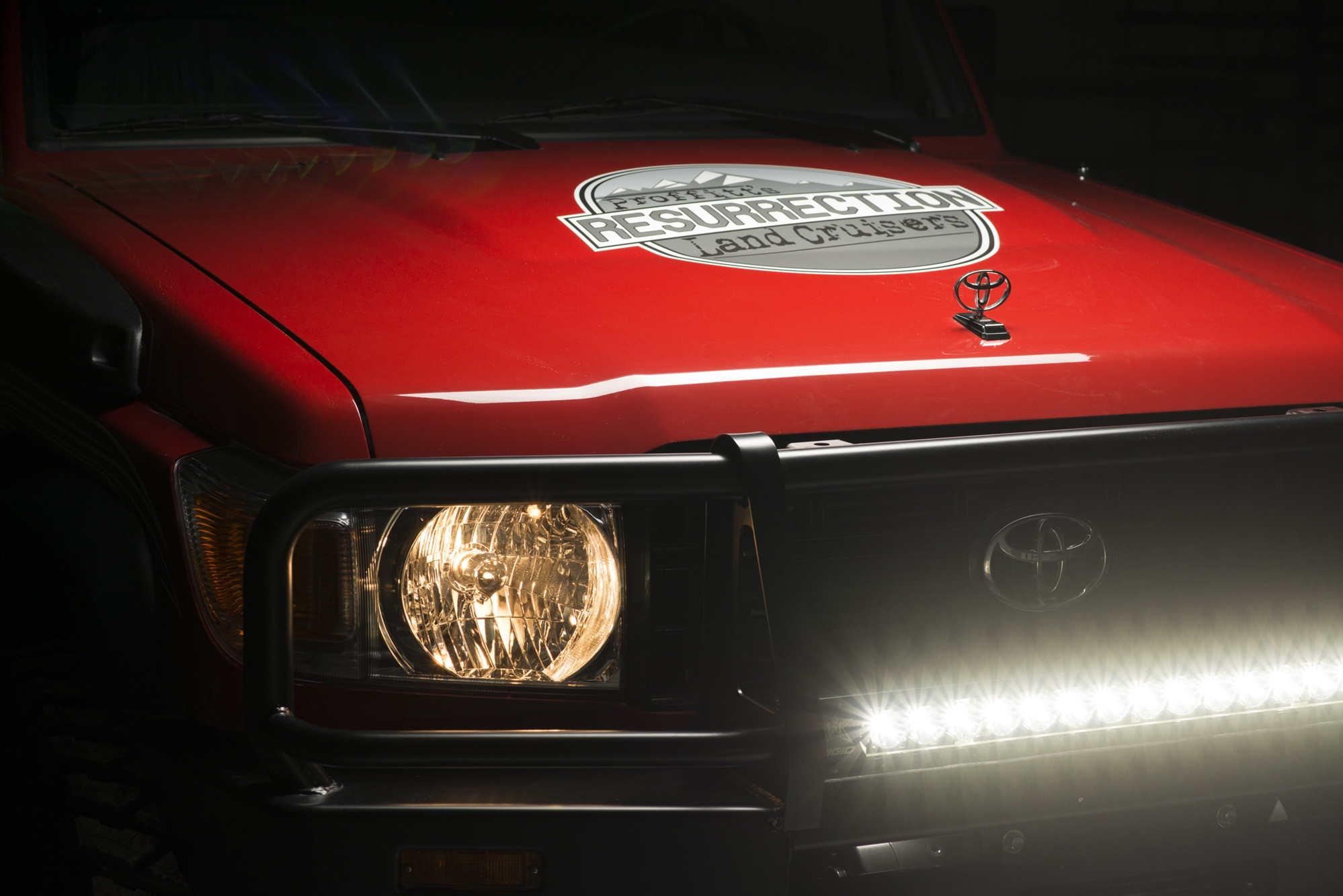 It’s important to mention that this Land Cruiser is sold with some special terms. For one, it is committed to SEMA 2018 where it will be featured and entered into SEMA Battle of the Builders. Because of that commitment, the Land Cruiser is not available immediately, and there are several tweaks that need to be performed so that it’s at its best. The good news is that there is a little time to personalize the vehicle for its new owner. Serious buyers can discuss the details with Jeremiah. 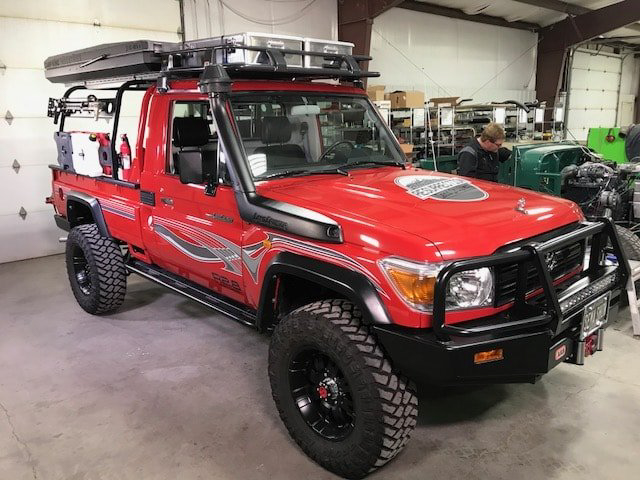 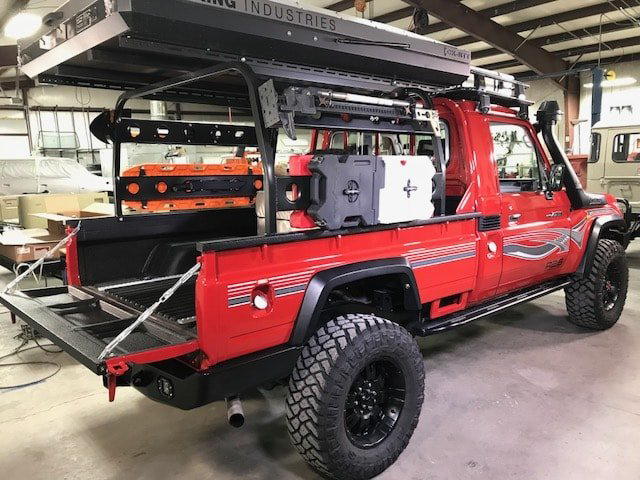 I’ll just give you a moment to let all that sink in.

There’s just no way around how amazing this truck is, but if you’re gearing up to go grab your checkbook, you might want to wait just a moment because there is a catch. You see, because many consider this to be a sort of unicorn, an ultimate Land Cruiser, it has a price tag to match. Just how much? A cool $225,000 USD. So if you’re a billionaire or married to one, no sweat, just break open that piggy bank and pick up what will certainly be the coolest truck in your collection. For the rest of us though, the cost might be a bit steep. If you’re in the latter group, don’t worry, I still have good news. We now have some sweet new pictures for our desktop backgrounds, so we’ve got that going for us. I’m going to go back to eating ramen noodles and contemplating how to become the next Bill Gates now. 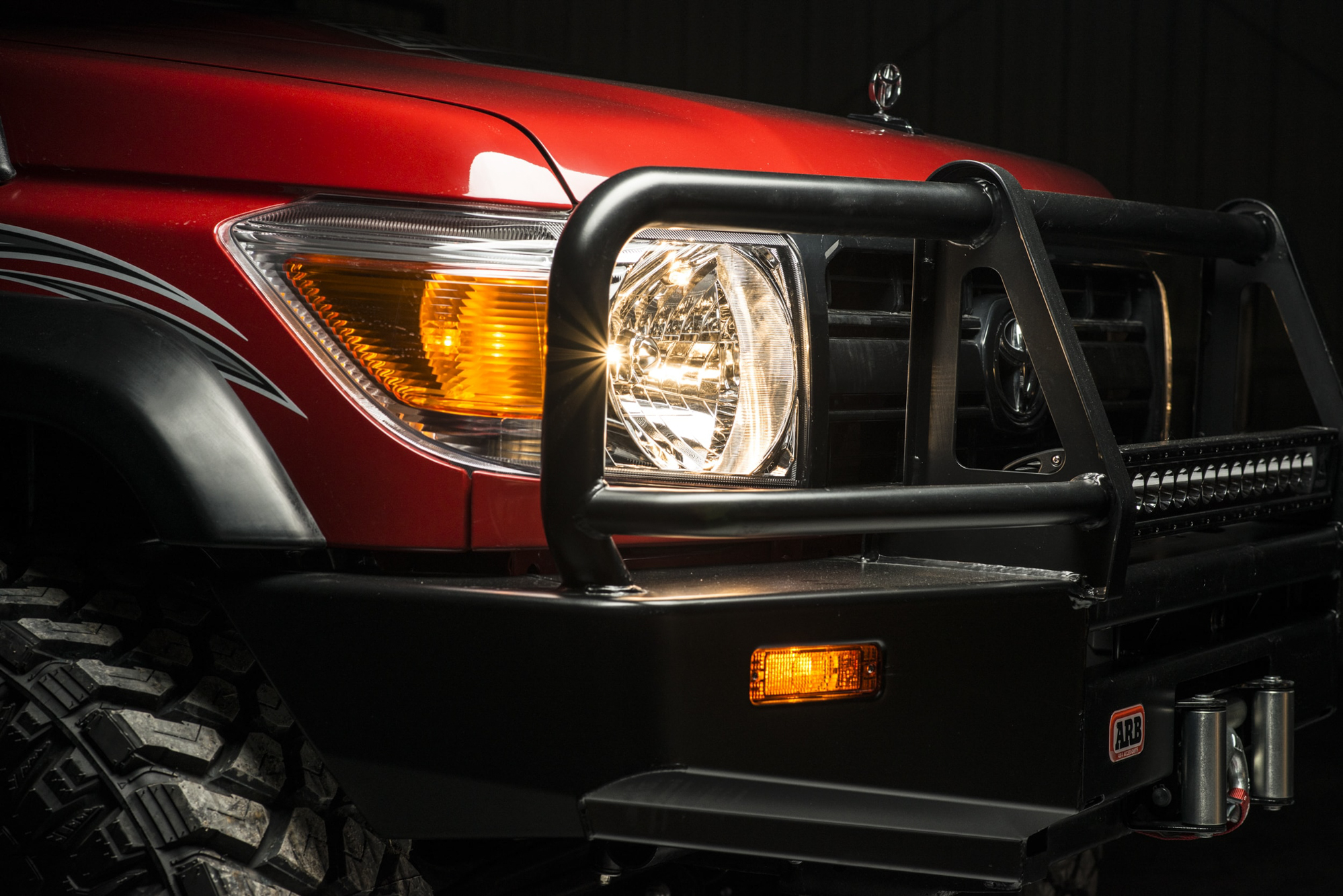 To learn about the vehicle, watch the video shot exclusively for it here and read what the press has to say in the following articles:

“Jeremiah Proffitt (best name in car modification, bar none).” – Top Gear
“The Toyota Land Cruiser R2.8 pickup is what’s missing from your garage.” – Rated Red
“Amen!  Red Land Cruiser borders on spiritual.” – GT Mag
“Bigfoot on display for the world to see.” – man of many
“This Toyota was IMMACULATE!  Looked NEW.” – Road Traveler
“More original than most off-road builds we’ve seen.” – Gear Patrol
“Every so often, a vehicle comes along that proves to us that everything in the world is not so bad.” – High Consumption
“…few are going to be as good as this Custom 79 Series Land Cruiser Pickup from Proffitt’s Resurrection Land Cruisers out of Colorado.” – Cool Material

Inquire about the vehicle, or view the original advertisement here. 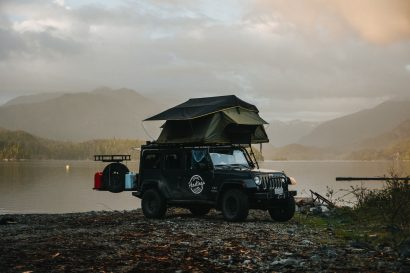 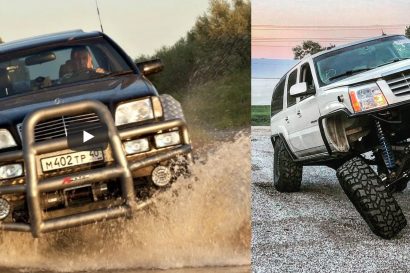 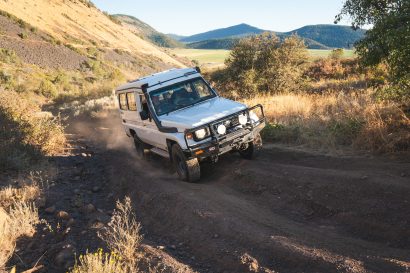 Realities of A Classic 4×4: Noise