The freedom a motorcycle provides cannot be understated; it is one of the most capable adventure vehicles out there. And when it comes to adventure bikes, BMW is a bit of a legend. They’ve been designing motorcycles since the early 1900s, and their GS line of dual-sport bikes, which debuted in 1980, has been slowly refined into one of the most revered series of dual-sport bikes available.

For Jim and Sheri, two world travelers who have been exploring the globe since 2014, dual-sport motorcycles have been an integral part of their journey. But after nearly 20 years of adventuring in just about every type of vehicle that you can imagine, they are parting ways with their BMW R 1200 GS motorcycle. 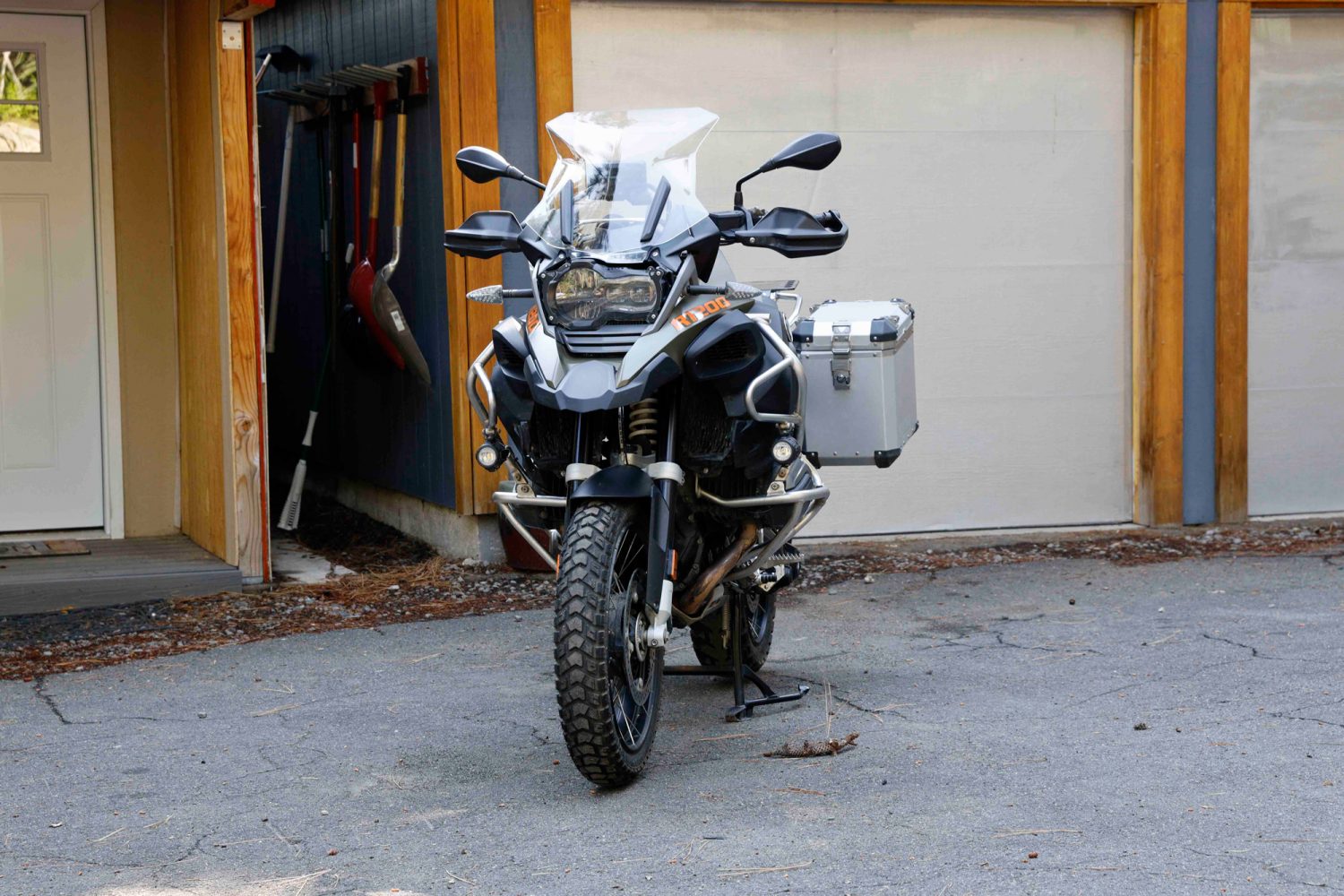 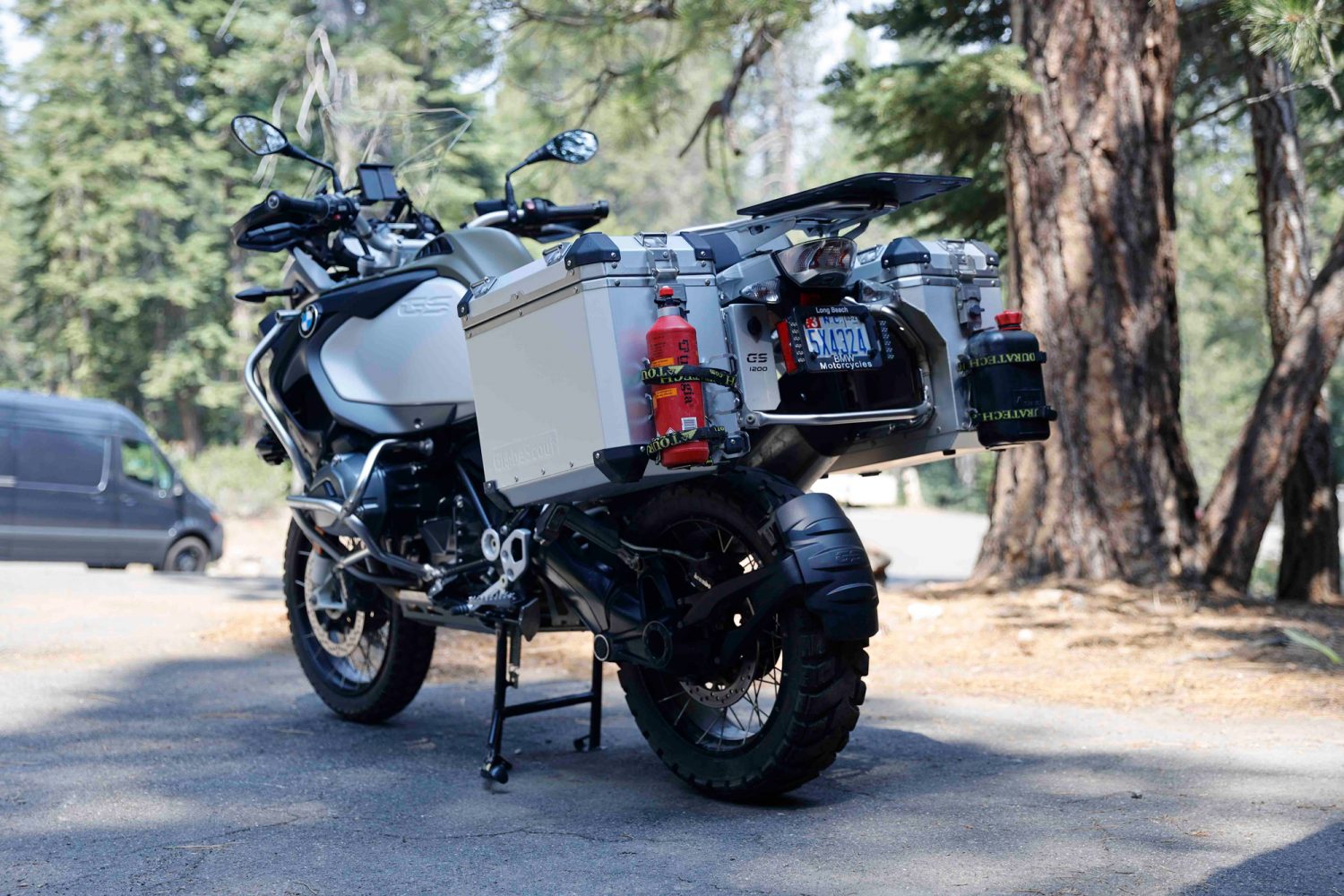 “As I write this, we’re currently exploring the world overland in our Land Cruiser. It’s the latest chapter in a story that includes travel by many means. Our roots are in the airline and hotel industries—our source for wings and a warm bed for more than a decade. Eventually, we traded airline benefits for an opportunity to spend more time on the road—backpacking and road tripping for anywhere from three months to three years at a time. Backpacking is our go-to anytime we crave the simple pleasures that only a 35-liter backpack and public transport can provide. Exploring the world by road, however, is our first love, and over the years we’ve traveled countless miles in everything from zippy rental cars to go-anywhere dual-sport motorcycles and expedition equipped 4x4s. We even spent 10 months exploring California’s great driving roads in a 911.

Our preference is challenging, self-supported overland travel in expedition-equipped vehicles. We like moving slowly, for extended periods of time, as far beyond the beaten path as possible. Getting off-the-beaten-path often means venturing deep into the bush, and Africa has been the continent in which we’ve spent the most time immersed in the wild. It’s a continent we’re deeply passionate about and one we find hard to leave.

Being immersed in nature is our true passion and wildlife photography, trail running, kayaking, diving, and pretty much anything outdoors is a central focus of much of our travels. It’s the focus of our current RTW overland trip and what inspires us most.

When not delving into the wild, we’re usually somewhere capable of serving up a shot of culture with a side of Belgian beer and a decent latte. In the past, we’ve had extended stays, usually of a few months, in places like Cape Town, Buenos Aires, and Santa Barbara.

If nothing else, all this travel has given us an insatiable wanderlust and desire to go farther. It’s a wonderfully diverse world that only seems to grow larger with every day we spend on the road. If only there were time to see it all.” 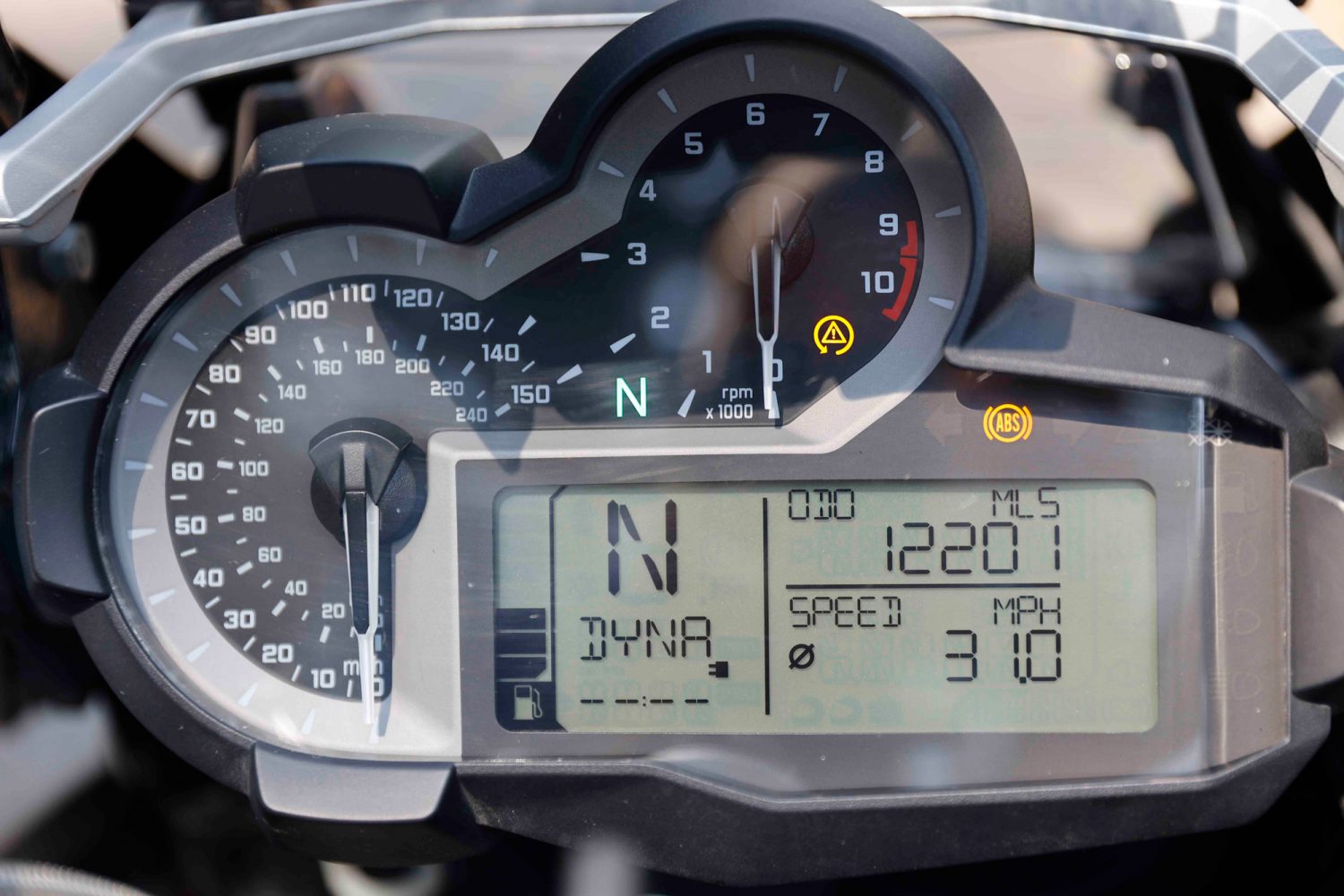 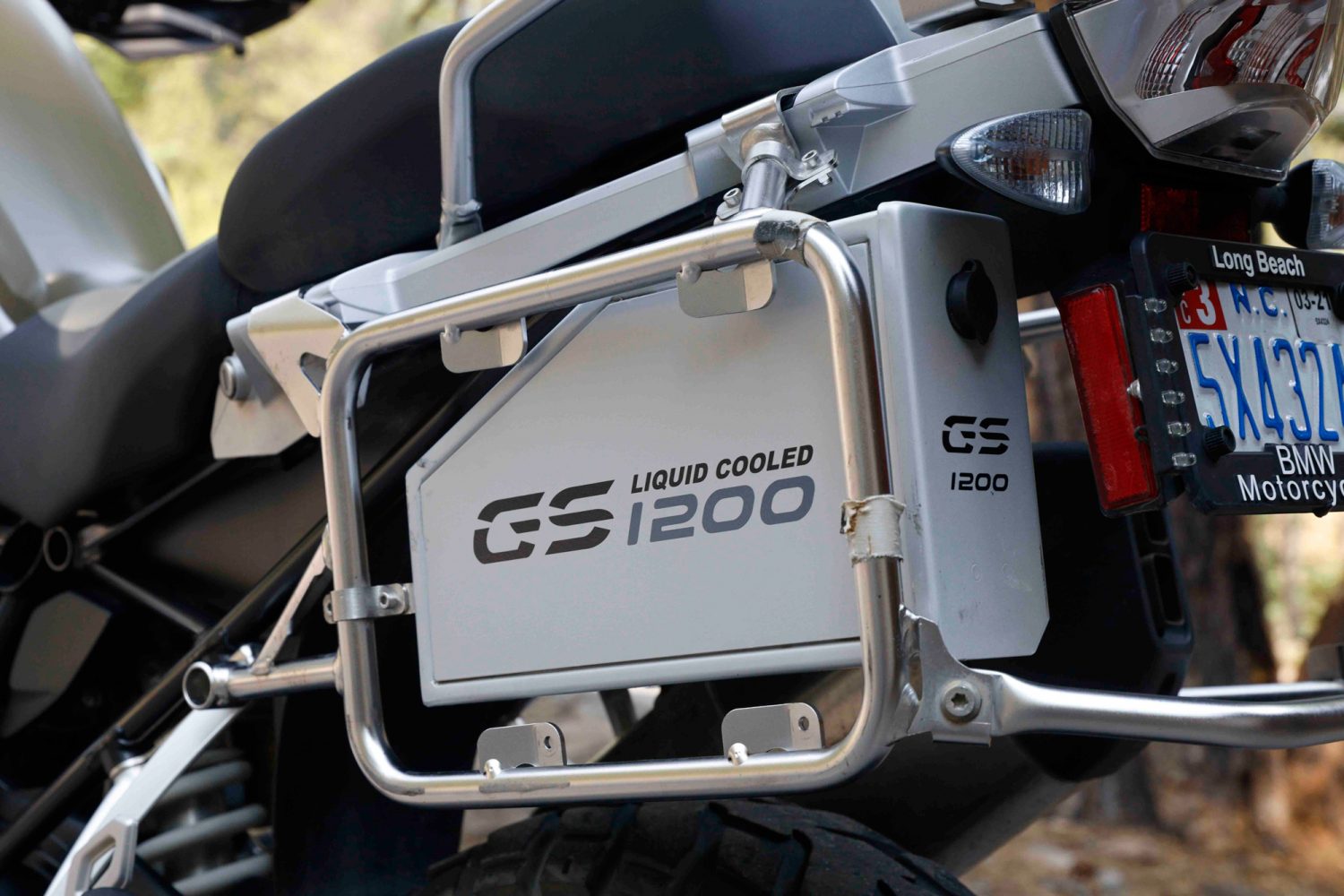 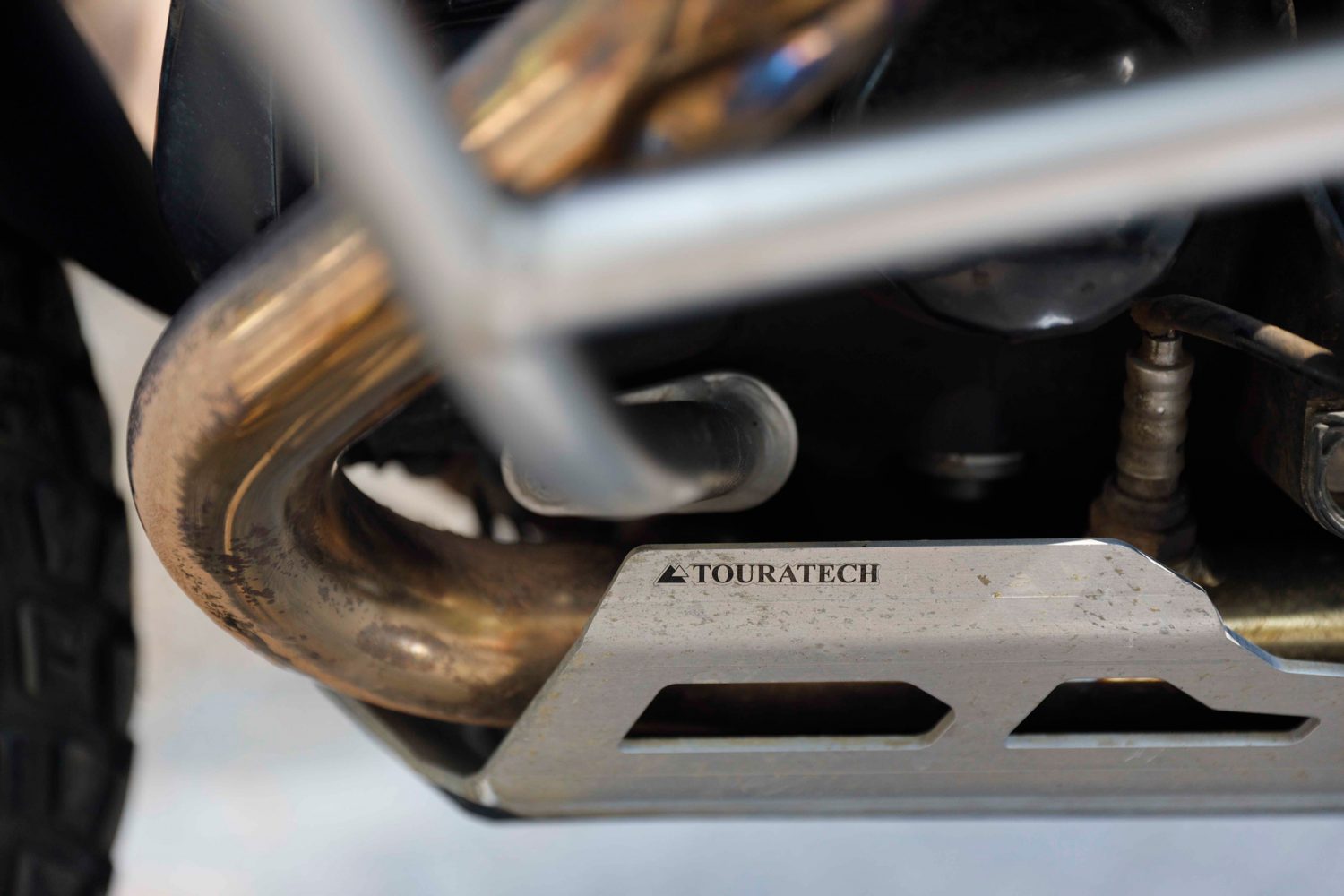 My wife and I purchased this bike new from BMW of Countryside in 2014 for an RTW overland trip on motorcycles, bicycles, and our 78-Series Land Cruiser.

This is a one-owner bike in excellent condition that has never been crashed with a full service history. We just completed a 12k mile service (w/ new battery). This bike is fully equipped for adventure touring.

This bike was always garaged (except during Alaska ride, where it was parked at night under an Aerostich cover). Body, panniers, etc. are all in very good condition. Only a few very minor scratches on crash bars from a couple of 0 MPH drops while parking fully loaded.

Jim’s BMW adventure bike is located in Truckee, California, and is listed at $16,499. You can find the original listing and contact Jim on the Expedition Portal Forumhere.