It would not be an exaggeration to say that this is the cleanest example of a Land Rover Dormobile that I have ever seen. From the Limestone top and Emerald Green paint to the hand-crafted German cabinetry and Scheel-Mann seats, it is a dream truck from boot to bonnet. So let’s take a closer look, starting with the basic information of the listing, and a journey back into its history.

Note from the Editor: Although we are sharing the advertisement for this vehicle, we are in no way associated with the sale. Some paragraphs in this article have been written by a staff member, while others appear in their original format from the advertisement. 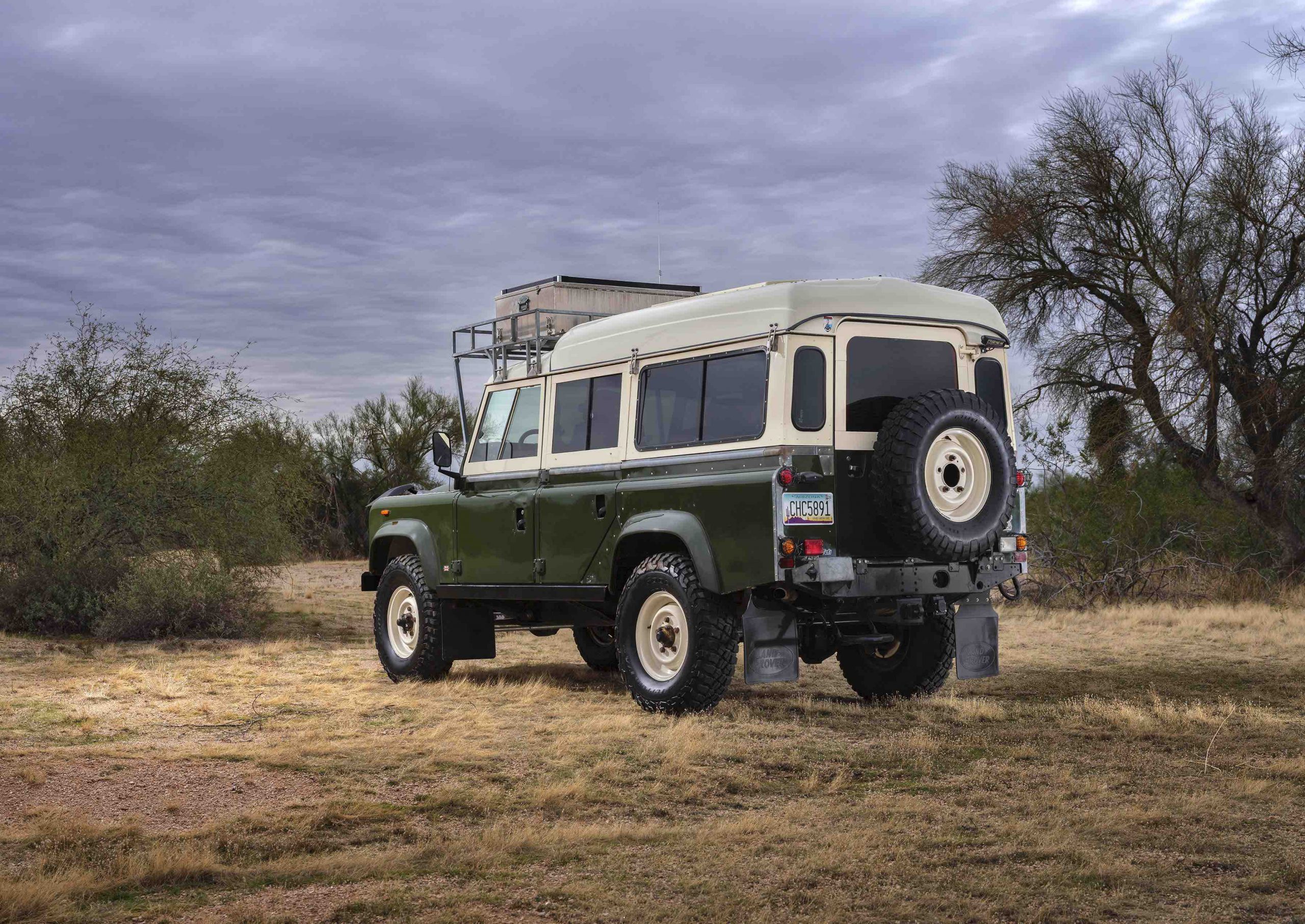 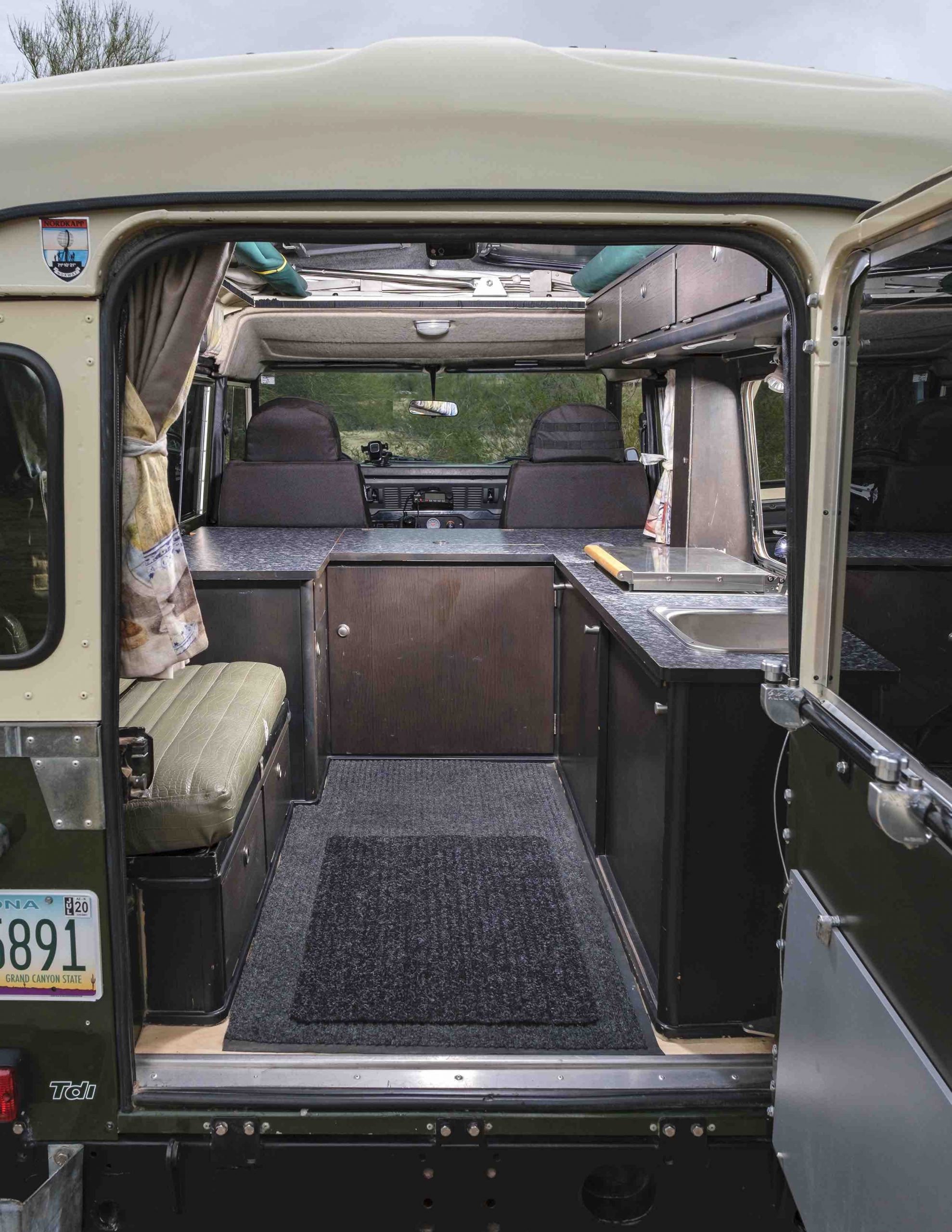 This left-hand-drive Landy was originally sold to a gentleman in France as a 5 door County Station Wagon in Roan Brown and came with the adventure package which included a hood-mounted tire, capstan winch, and covered light guards. The current owner states that he still has the original correspondence between the original owner and Land Rover, which is quite remarkable. It was then sold to a couple in Germany who overhauled the interior and then shipped it to England for the full Dormobile conversion. It spent the next few years of its life passing border to border in pursuit of adventure before sadly winding up alone in a garage for nearly ten years. It was there that a “small US dealer” found it, and brought it to North America for restoration.

Upon landing stateside the lethargic 2.5L diesel was swapped for a legendary 300 Tdi and paired with a five-speed manual R-380 transmission. For Land Rover enthusiasts, this is as close as you’ll get to a holy-grail engine and transmission combo. The owner states that you’ll see 22 miles per gallon from this truck, which gives it 600+ miles of range with the extended tanks.

“I have a binder of all vehicle’s documents and records dating back 36 years. The engine has logged only 38,000 miles since the swap and features a new Allisport intercooler, radiator, and expansion tank. All new hoses and belts were added. Underneath, heavy-duty springs, new Bilstein shocks and shock towers, and new heavy-duty radius arms were added. Front and rear brakes were upgraded and rear brakes were converted to disc brakes. Plenty of spare parts are included in the sale of this one-of-a-kind 110.” 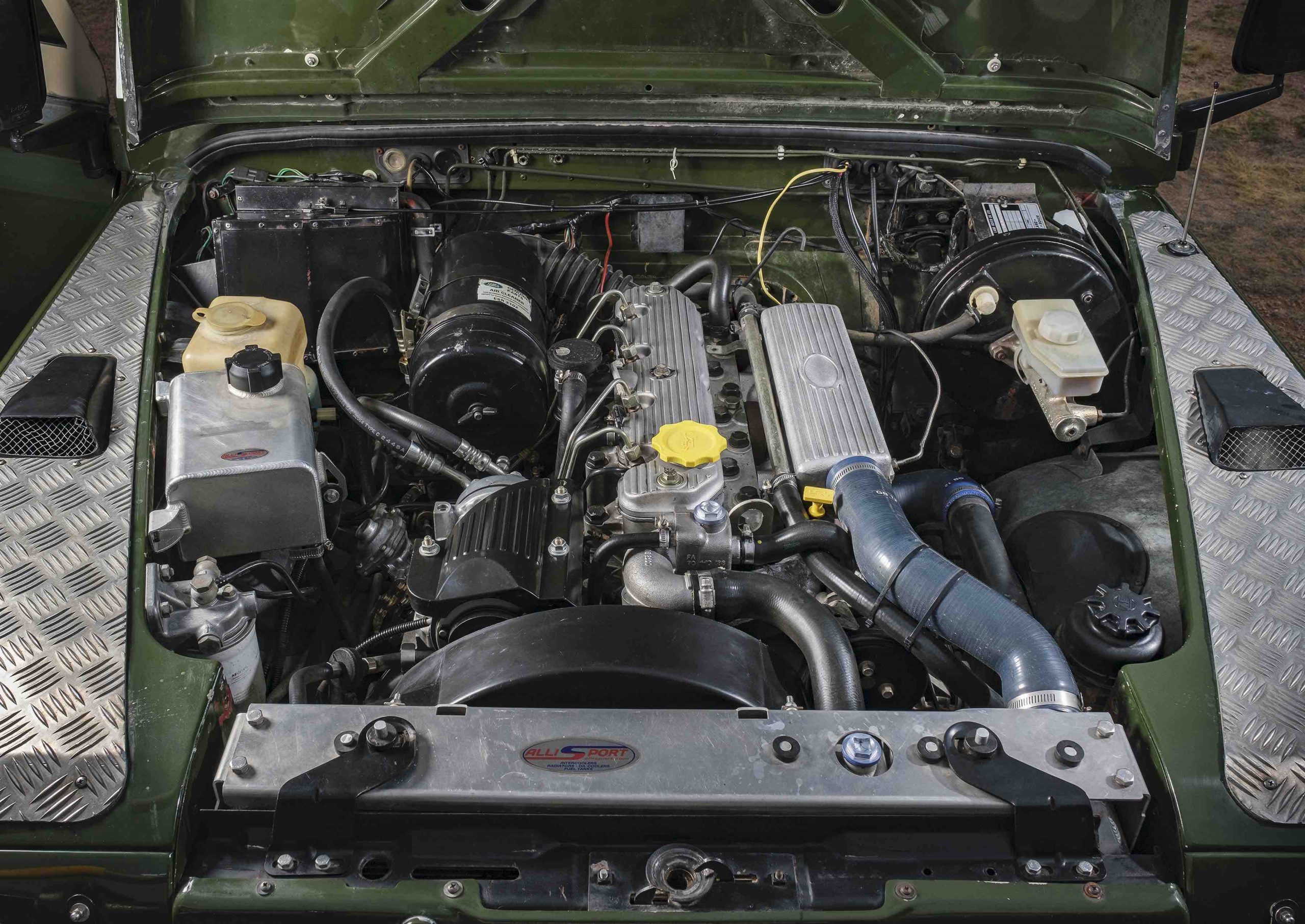 Everything on this Defender was revamped when it reached the USA. Upfront, it received a custom lockable and removable aluminum storage box. It is water-tight for secure dry storage, and packs a Goal Zero 100 watt solar panel powering a Goal Zero Yeti 400 in the vehicle. A Series-Defender Outfitters 3/16” CNC milled aluminum grille adorns the front of the 110, along with a new Asfir front bumper and steering guard and an integrated A-Bar with Ridgid light bar. The owner replaced the originally capstan winch with a new TS900 from Superwinch. The dull factory lighting was replaced with LED conversions wherever possible, including Truck-lite LED headlamps plus all marker lights, turn signals and brake lights. 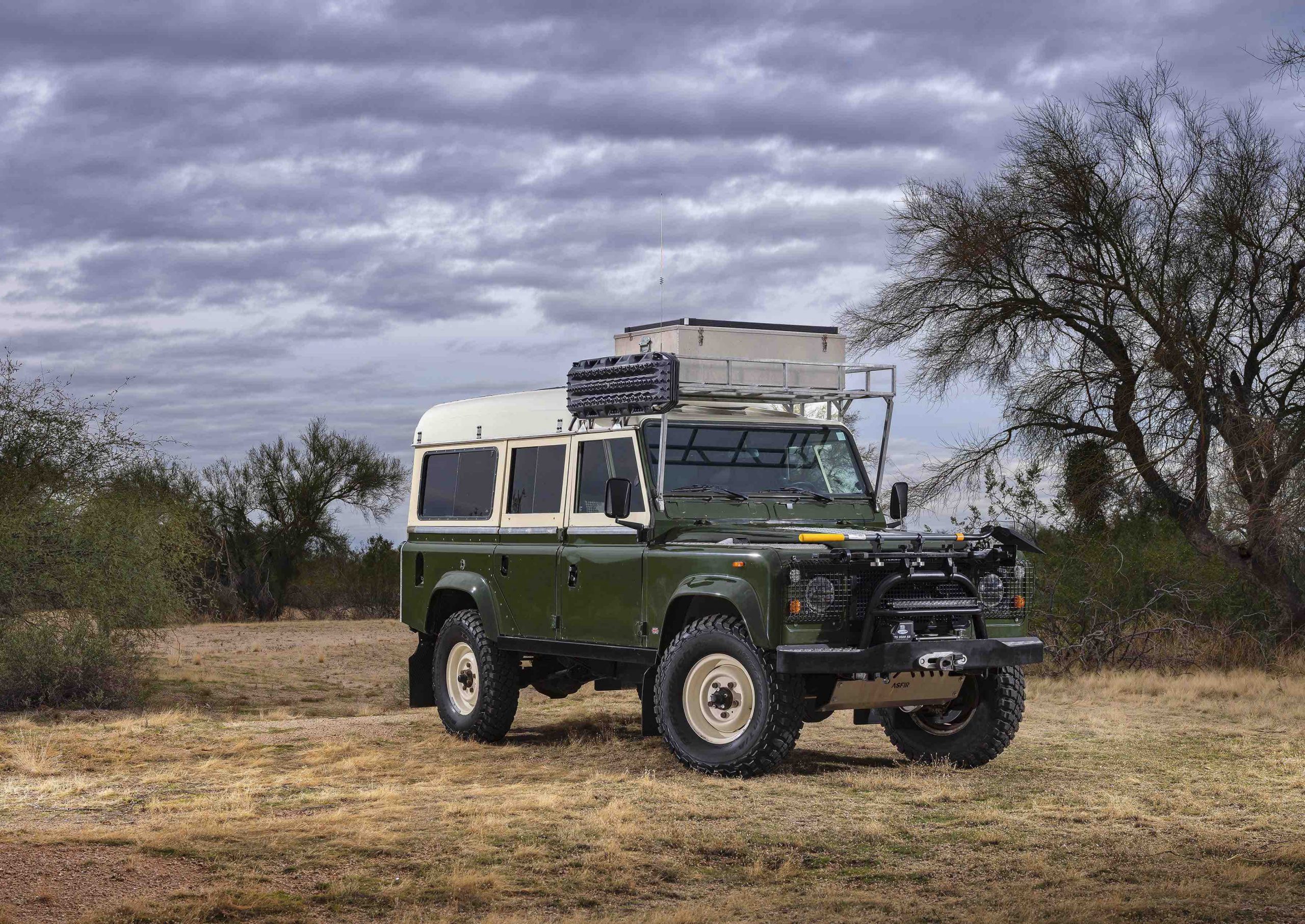 Underneath the new suspension system the Defender received a set of BFGoodrich Mud-Terrain T/A KM3 tires on  new steel wheels that were powder coated to match the limestone paint color. Because there was some rust in the rear, a new rear door was added and painted to match the rest of the vehicle. The top was also redone to make sure it’s water-tight, and a Brownchurch Roof Rack with custom mounts for MaxTrax recovery boards was installed. A new heavy-duty spare tire mount was added in the rear and a Ridgid work light was installed to illuminate the rear area of the vehicle. Finally, diamond plate was added to the wings and bonnet to allow for easier access to the roof-box. 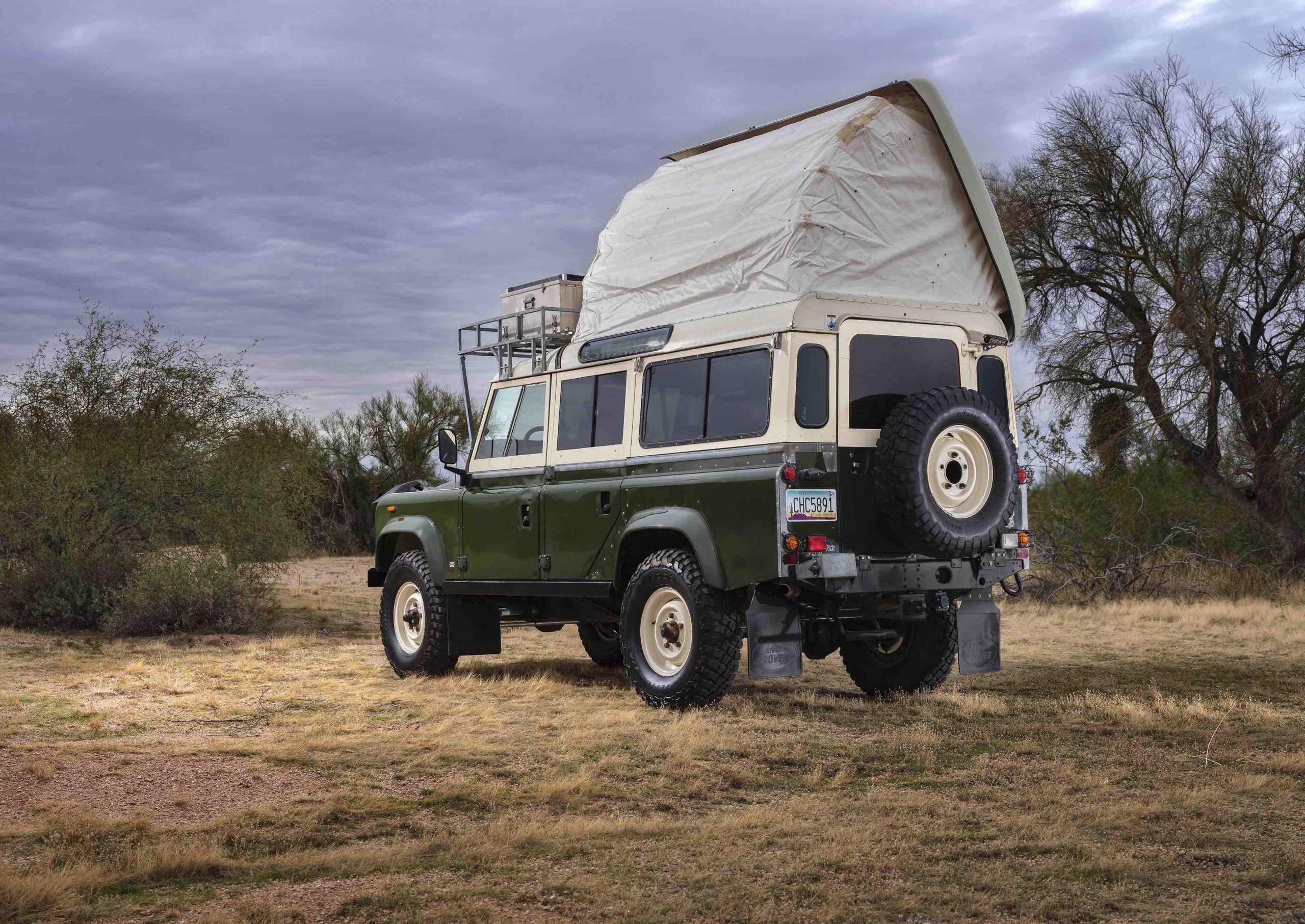 If the outside of this Defender looks good, the inside just might be better. It features German-engineered custom maple wood cabinetry with plenty of storage for clothing, kitchen items, tools and recovery gear. A secret compart is built-into the vehicle to stow valuable items like passports, documents, and cameras out of the way. Food can be kept cold in a Kissmann refrigerator/freezer, and a new diesel stove and heater with an independent 2.6 gallon diesel tank stand ready to provide reliable heat and cooking services without forcing you to carry propane. A stainless steel sink with pullout Grohe faucet doubles as an outdoor shower and features a separate 7-gallon water tank and new freshwater pump. Two-stage LED lighting is featured throughout the interior as well as multiple USB adaptors to recharge phones and accessories. 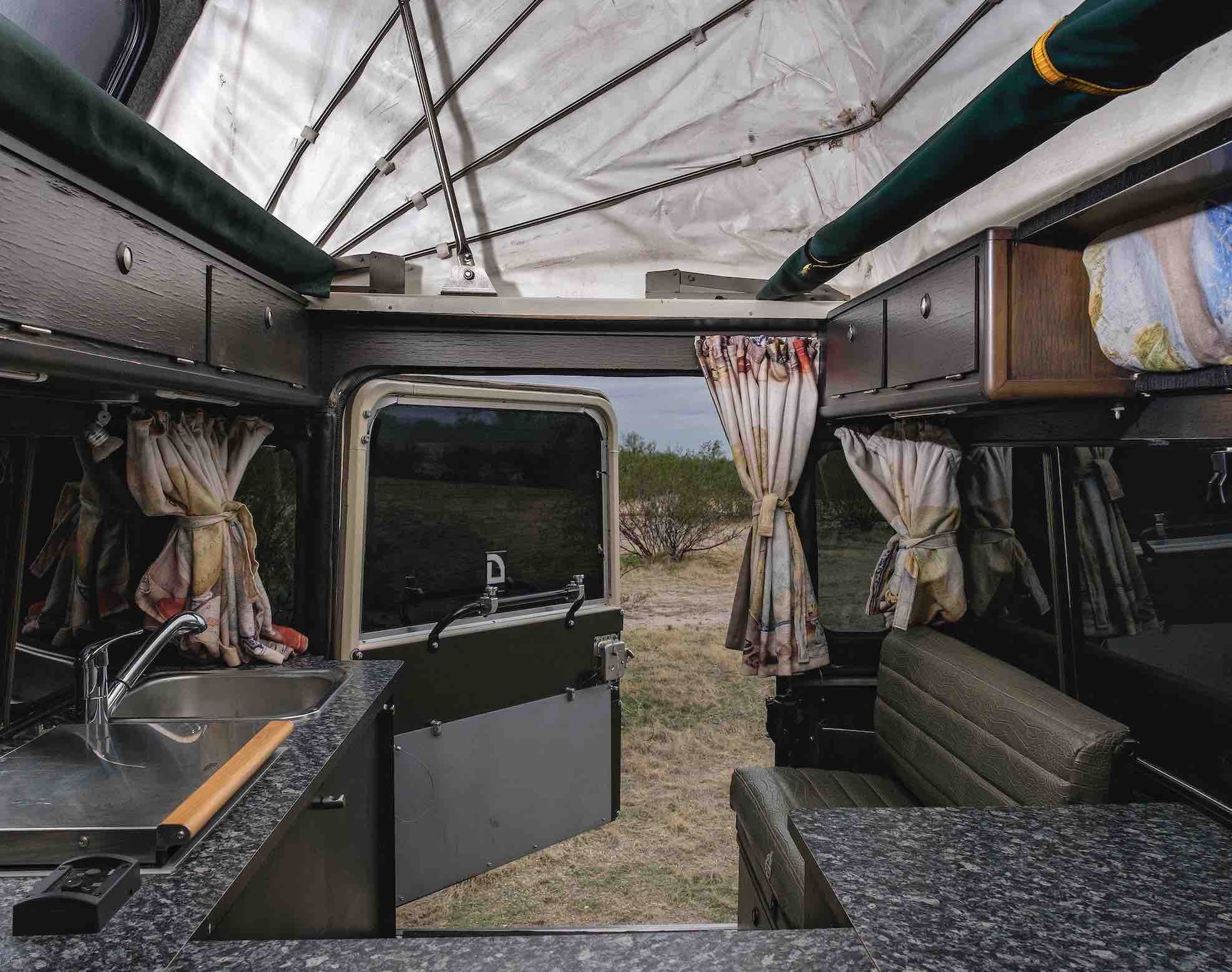 Deploying the Dormobile top takes only seconds and opens up to over 9-feet of standing room. Twin bunks fold out for comfortable sleeping for two and can “easily” accommodate someone 6’4″ according to the owner. When both bunks are deployed a center aisle allows an individual freedom to move around without disturbing the other. Windows have curtains made from custom Pierre Frey “Globes of the World” fabric each backed with blackout material and the ability for 360º coverage so no one outside can see in and light does not enter the vehicle. A couch, covered in faux reptile waterproof fabric can seat two. An aluminum-milled dining table/work table can be accessed as well as a drop-down shelf for adding a grill accessed when the rear door is open. 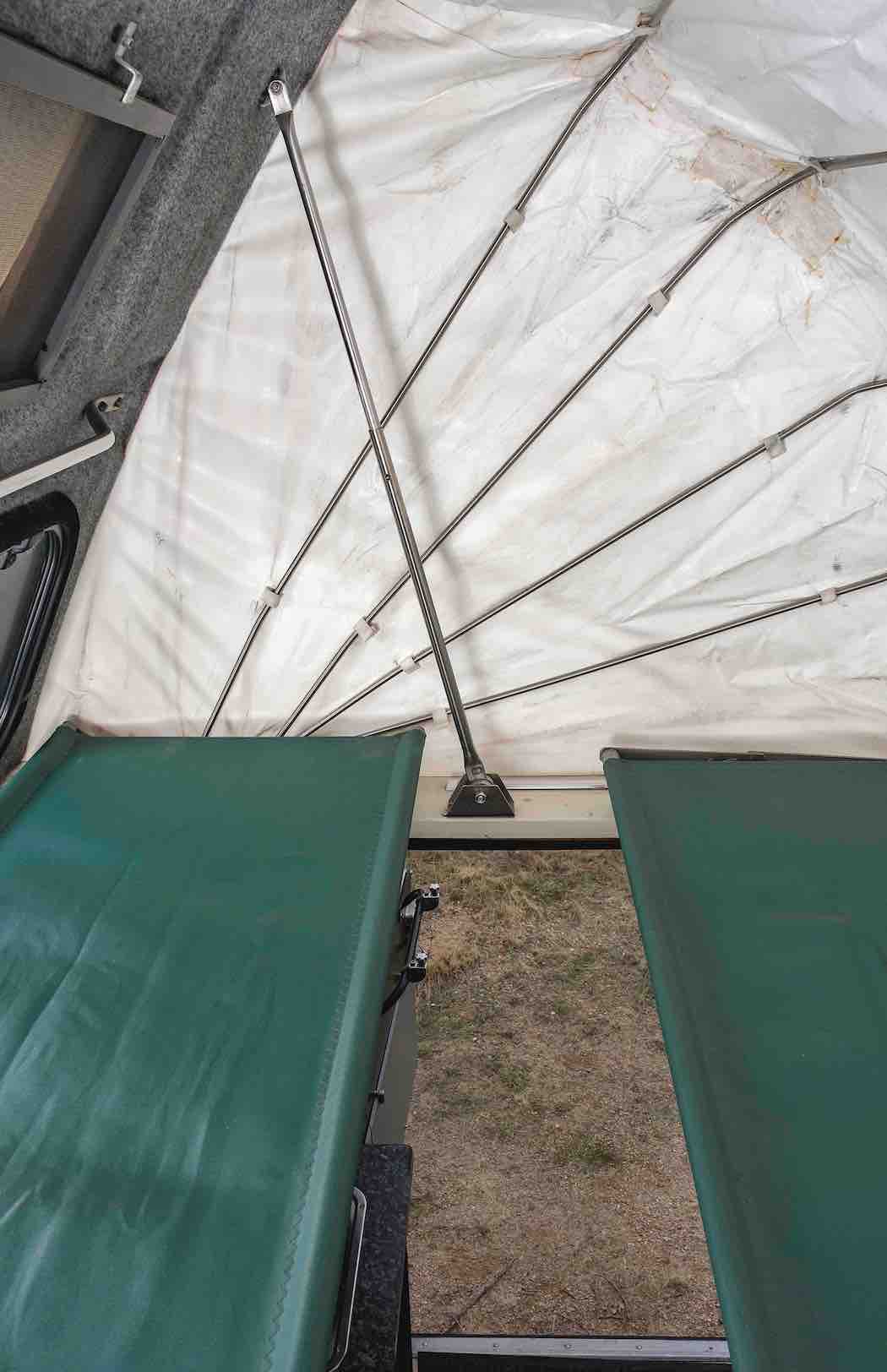 For those living in warm climates, a new Land Rover aftermarket air conditioning system from Rovers North was added. A Momo steering wheel and Scheel-Mann Sportsline seats help bring the interior up to date, along with backlit VDO gauges. Both seats are covered in Knightsbridge Overland seat covers for years of protection, and a new Tuffy lockable storage box is included. Inside you’ll find a Blue Sea 3-way cut off switch for added security. Underneath the driver’s seat box is a dual battery set-up with new batteries including a new Odyssey heavy-duty cranking battery that powers all the accessories. The front footwells and seat boxes are covered with Exmoor Trim floor matting, and a Yaesu Ham Radio and power antenna are installed in the vehicle. 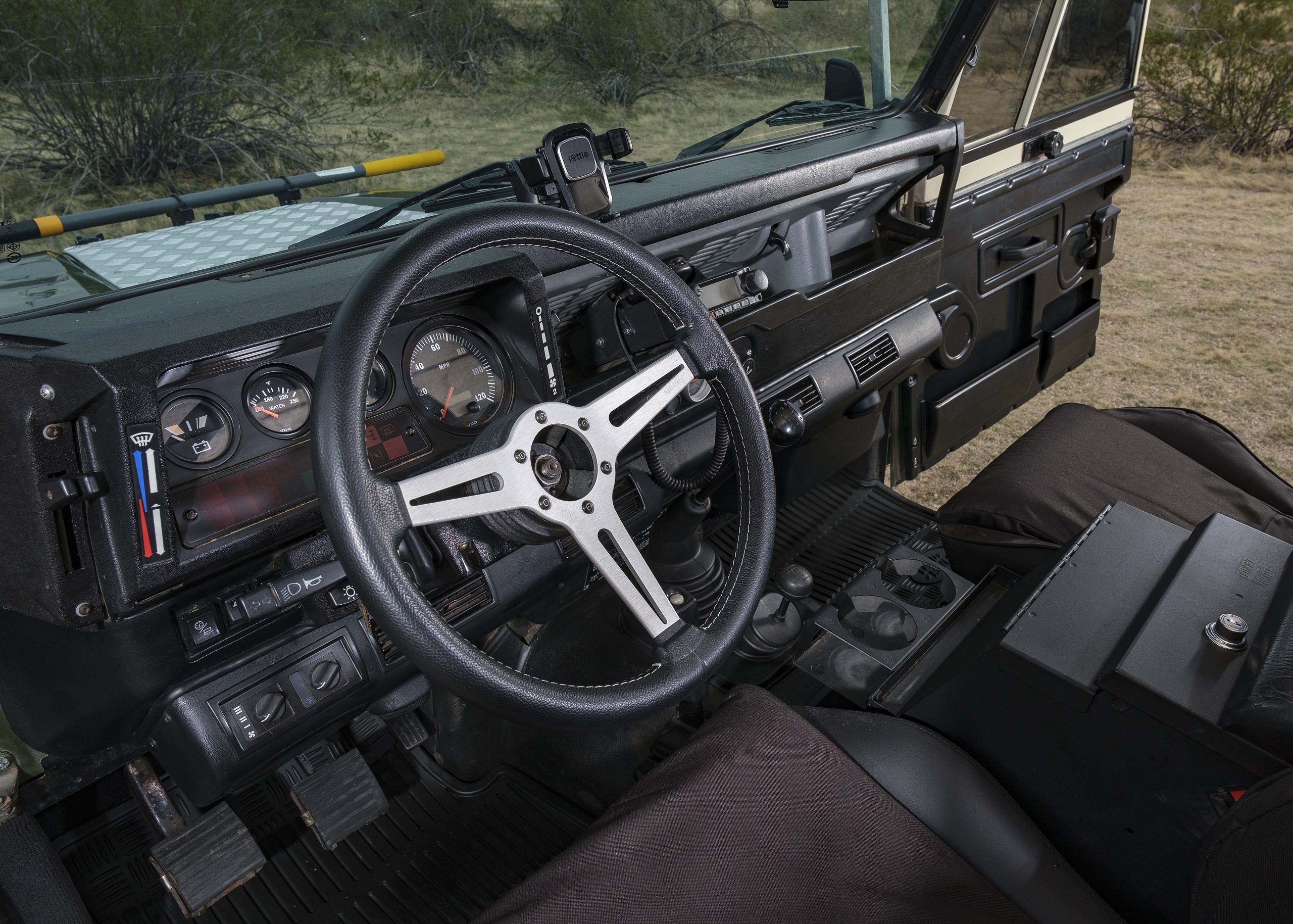 The core of this overlander has been well cared for. You’ll see 22 MPG and extended range tanks will hold 28 gallons of diesel and will provide a 600+ mile range. All maintenance records have been retained for past 36 years and will be shared with the buyer at closing. The 300Tdi engine was purchased and installed in 2017 and has 38,000 miles on the engine. The engine swap included a new Allisport intercooler, radiator and expansion tanks. All new hoses and belts were added. Underneath, heavy-duty springs and Bilstein shocks and shock towers were added as were heavy-duty radius arms. Front and rear brakes were upgraded and rear brakes were converted to disc brakes. Plenty of spare parts are included including a service manual.

While this truck is largely rust-free, it does have a few rust bubbles that are starting to form on the Series 3 front door bottoms. There are also two small areas were oxidation is starting to show on the lower left side behind the rear passenger door and around the Land Rover badge in the rear of the vehicle. Minor dents and dings are apparent only the doors and hood of the vehicle.

To learn more about this amazing vehicle, check out the original advertisement by clicking here.

Overlanders' Handbook: Worldwide Route And Planning Gu...
by Chris Scott
From $23.81From CAD$94.1

Video of the Week: JDM 4x4 Vans Hit The Snow 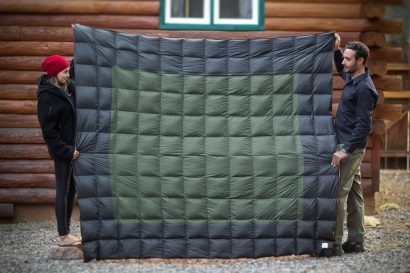 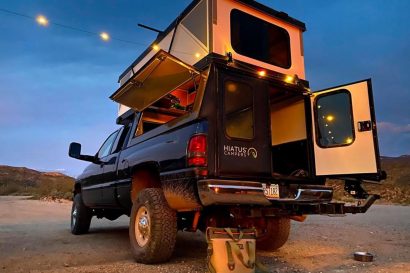 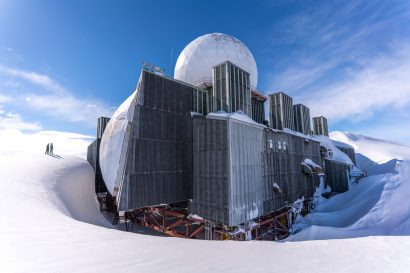