For most of Cape York, the remote peninsula north of Cairns that runs parallel to the Great Barrier Reef, the nearest major city isn’t even in Australia, it’s in Papua New Guinea. You know, where head-hunting was a thing up until a couple of decades ago. We just drove through it on the most challenging off-road trail down under. 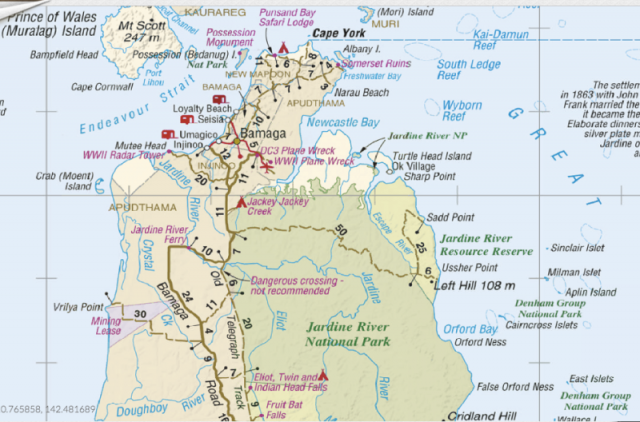 I had been to Cape York once before, when a few friends and I managed to take a WWII-era Jeep across the Old Telegraph Track, considered to be Australia’s most-technical off-road trail. After I moved to Australia, and subsequently quit my job, we decided we needed to go back on our off-road lap of the country. Why? Because you can jump off pristine waterfalls, camp on deserted beaches a hundred miles long, and then end your day in an ancient rainforest.

For the adventure traveler, there’s two main goals for Cape York: first to tackle the Old Telegraph Track, where you’ll drive though rivers and creeks deeper than some vehicles are tall, and then reach the tip, Australia’s northernmost point. To do it the right way you’ll be spending about two weeks in the bush with only minimal support. Overpriced fuel and limited supplies are available every two or three hundred miles at one of the roadhouses scattered along the region’s main road (which is dirt, and covered in washboard corrugations so big it rattles apart even the toughest trucks) but other than that, you’re on your own.

You need to pack for almost every contingency that could happen to you andyour vehicle: everything from broken axles, to pierced fuel tanks, to absolutely knackered suspension. You also need to bring enough food. Because the only thing that’s more deadly than the snakes, spiders, crocodiles, and jellyfish that are constantly trying to kill you in Cape York is the monotony of the little bit of Australian food you’ll find along the way. Even though Cape York is part of Australia, a country that consistently ranks in the top ten internationally for quality of life, fresh produce is only available here once or twice a week, and at exorbitant prices.

When I went a year ago, I barely saw another soul, the place was pristine and remote as could be. Sure, a few cars were around, but it was a life of wild camping and solitude — just what I was hoping for after leaving my stress-ridden job. Unfortunately, our trip coincided with the Aussie ‘School Holidays’ so every bogan and their family loaded up their work ‘ute’ to the brim with every convenience from home and proceeded to turn this pristine wilderness into their little corner of Western Sydney. It wasn’t what we were expecting, but it was still pretty damn good. 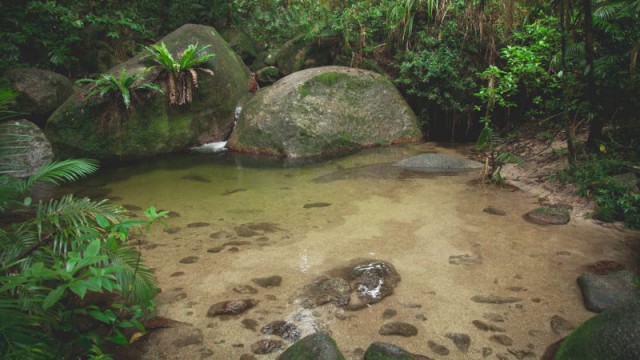 The Mosman River Gorge is one of the most-accessible rainforests in Australia, and because of its proximity to Cairns, one of the busiest. But if you hike in a few miles, you’ll find some beautiful crystal clear swimming holes. 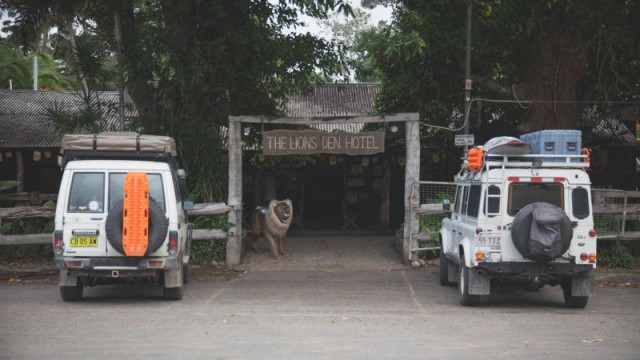 One-or-two hundred miles north of Carins by dirt road is the Lion’s Den Hotel. You can camp, eat, and drink your little soul out here. There’s no cell service either, which means people actually talk to you. For some, this is the end of an adventure, but for those with a 4X4, it’s just the start. 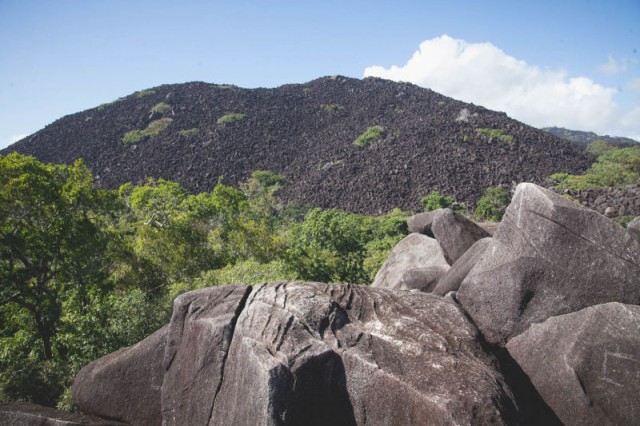 Black Mountain is a sacred site to the local aboriginal population, located closest to Cooktown, it’s essentially a decomposing granite mountain, made up of boulders colored black from the organisms that cling to their exterior. 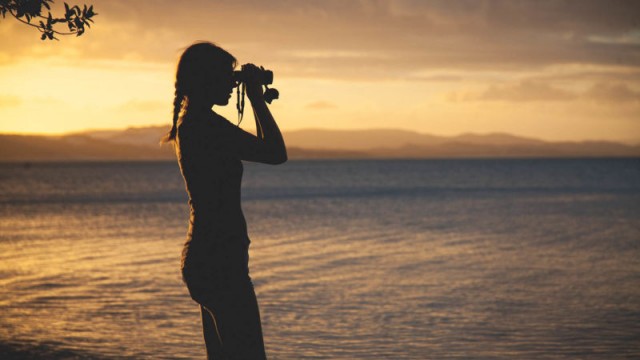 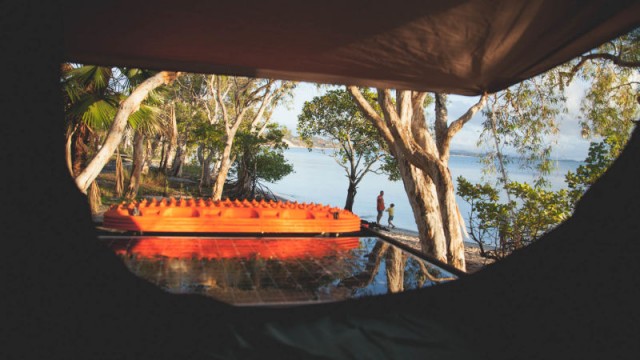 Great sunsets lead to great mornings. Here’s the view from the tent, the water is filled with saltwater crocodiles, so it’s best to observe from a distance. 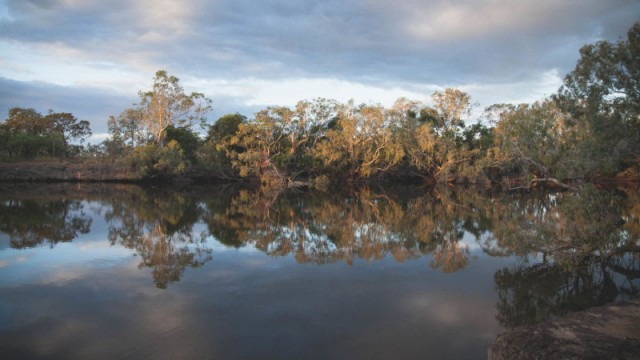 Lakefield National Park is at the southeastern corner of the Cape York Peninsula, it’s a microcosm of the region, with tidal rivers (filled with salt water crocs), vast plains, and plenty of bird-rich billabongs. There’s also no paved roads, which is a bonus. 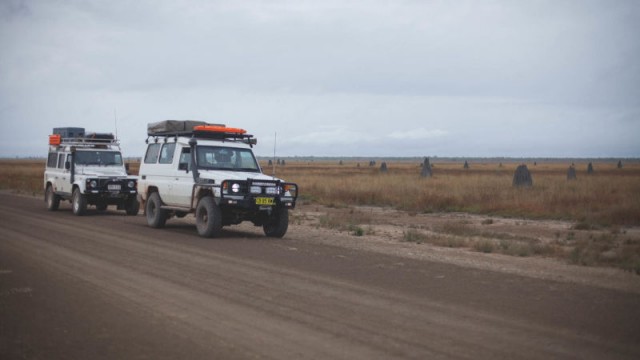 The Nifold Plains are home to some interesting, yet tiny creatures: magnetic termites. 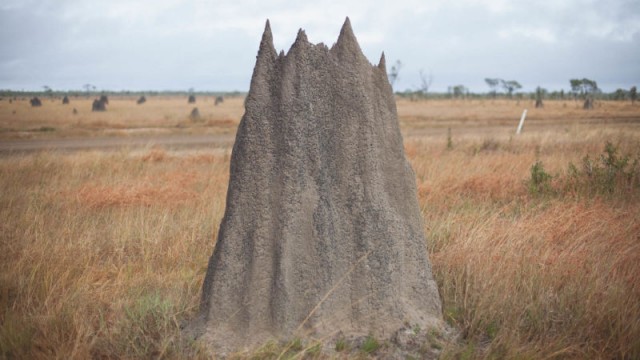 They build their termite mounds in a very specific direction, which initially lead people to believe they were ‘magnetic’. It turns out they build their mounds in coordination with the sun to regulate the internal temperature of their home. Smart. They also look like something out of Lord Of The Rings. 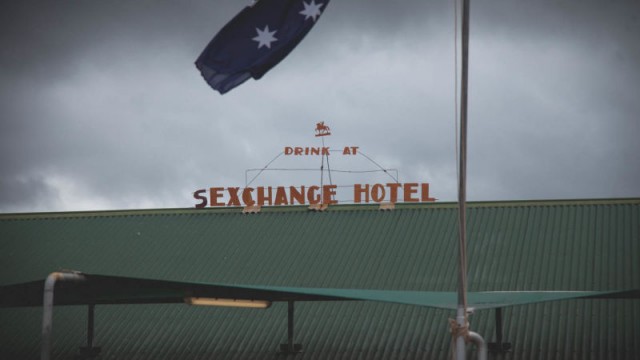 Australians love a good joke, which is why they apparently renamed the ‘Exchange’ hotel, the ‘Sexchange Hotel’. 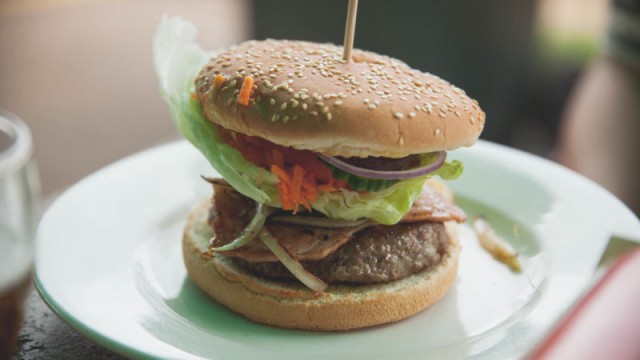 They have decent burgers, and it makes for a nice stop after another few hundred miles of heavily corrugated dirt roads. 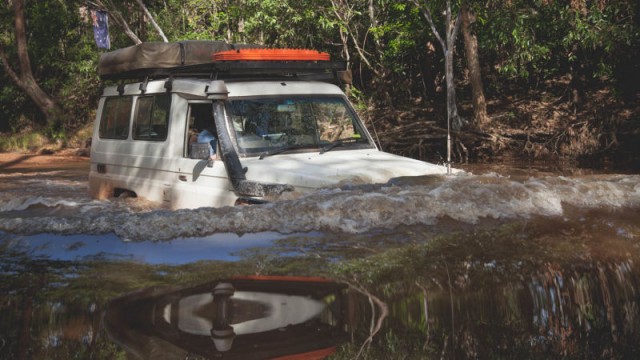 The Old Telegraph Track is one of Australia’s most-famous, and supposedly most technical four-wheel drive tracks. It’s filled with Honda Civic-high water crossings, and steep muddy banks that can cause an ill-prepared driver to roll their vehicle. This is one of the places you actually need a snorkel. 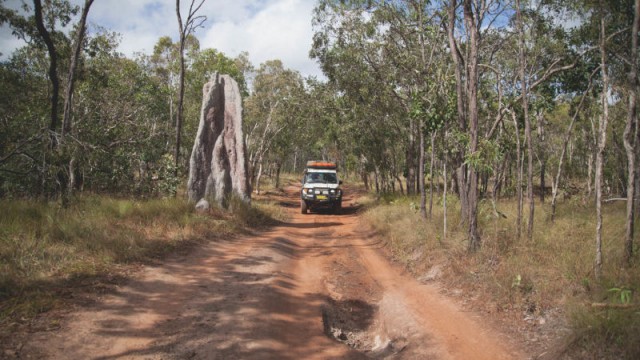 For reference, Snoopy The Troopy, our Land Cruiser Troop carrier, is about 7-feet tall. 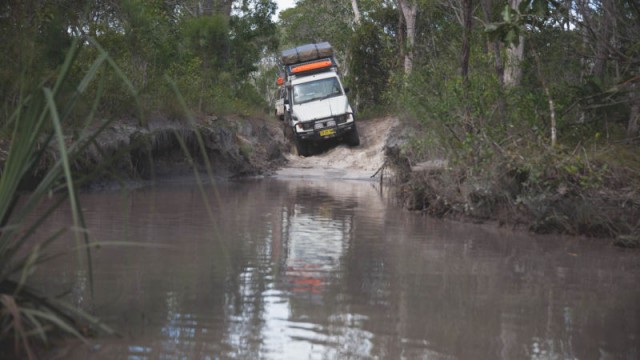 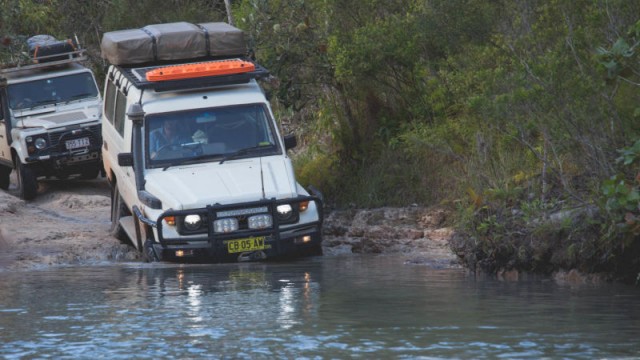 …and some were deep with a solid rock bottom. 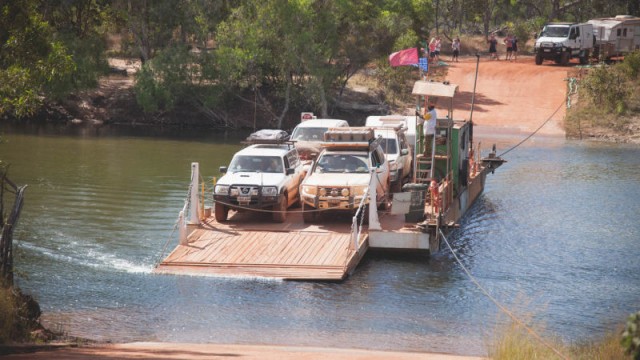 There’s only one ferry in Cape York and it takes you across the Jardine River. Everything else you have to drive across. This crossing costs $100. Apparently there’s been a few instances of crocodiles eating people, or maybe that’s just what they say to get you to cross. Either way, it’s all but mandatory now. 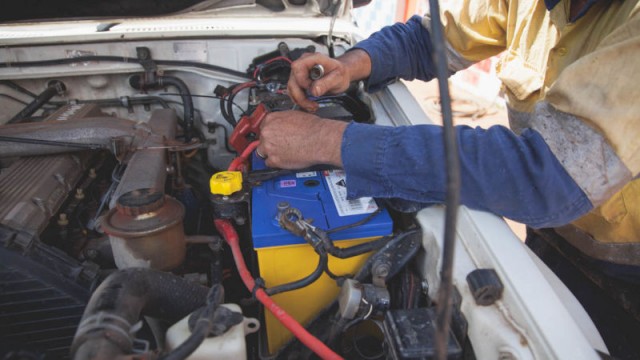 We had a battery fail on the Old Telegraph Track, which led us on a hunt to find one in Bamaga, where they only get fresh produce twice a week. Surprisingly, we found a good quality battery for an even better price after about five minutes in town. Usually car parts need to be flown or trucked in — at massive cost. 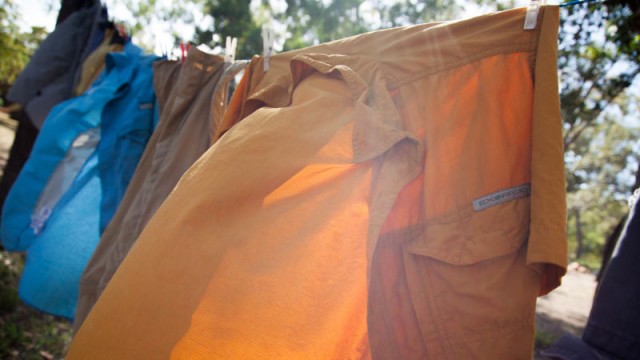 Laundry at its finest. 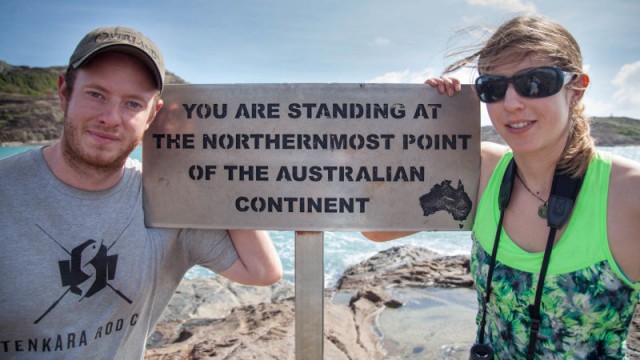 Here’s Laura and I at the northernmost point of Australia. We were dirty, a bit tired, and a bit wired. But that’s part of adventure. 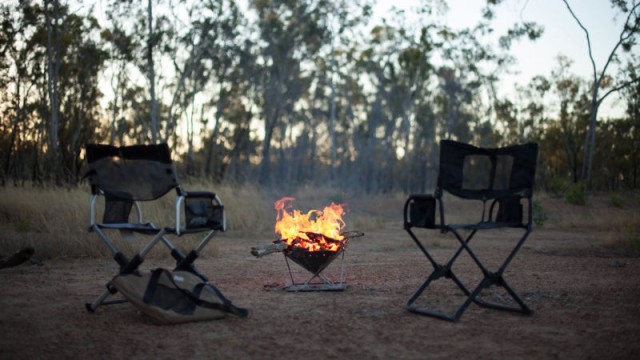