Covering 1.1 million acres of terrain across three counties in Southern California, the Sequoia National Forest is a diverse and beautiful landscape with opportunities for overland travel and human-powered outdoor recreation. Located in the heart of the Eastern Sierras, it encompasses both King’s Canyon and Sequoia National Parks, Giant Sequoia National Monument, Golden Trout Wilderness, Monarch Wilderness, Jennie Lake Wilderness, Boyden Cavern, the Trail of 100 Giants, and a handful of old-growth Sequoia groves. From the USDA Forest Service website:

The Forest offers 52 developed campgrounds, hiking on more than 1,147 miles of trails including 47 miles of the [Pacific Crest Trail], over 314,448 acres of wilderness, 222 miles of Wild and Scenic Rivers, 2,617 rivers and streams, world-class whitewater rapids, 158 ponds and lakes, boating, fishing, biking, horseback riding and more. 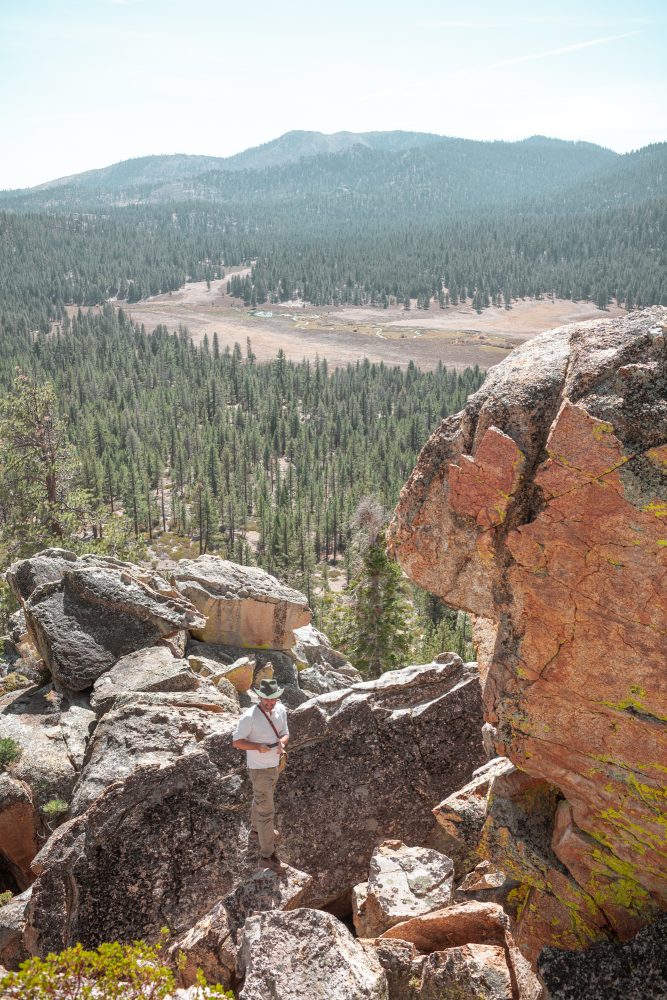 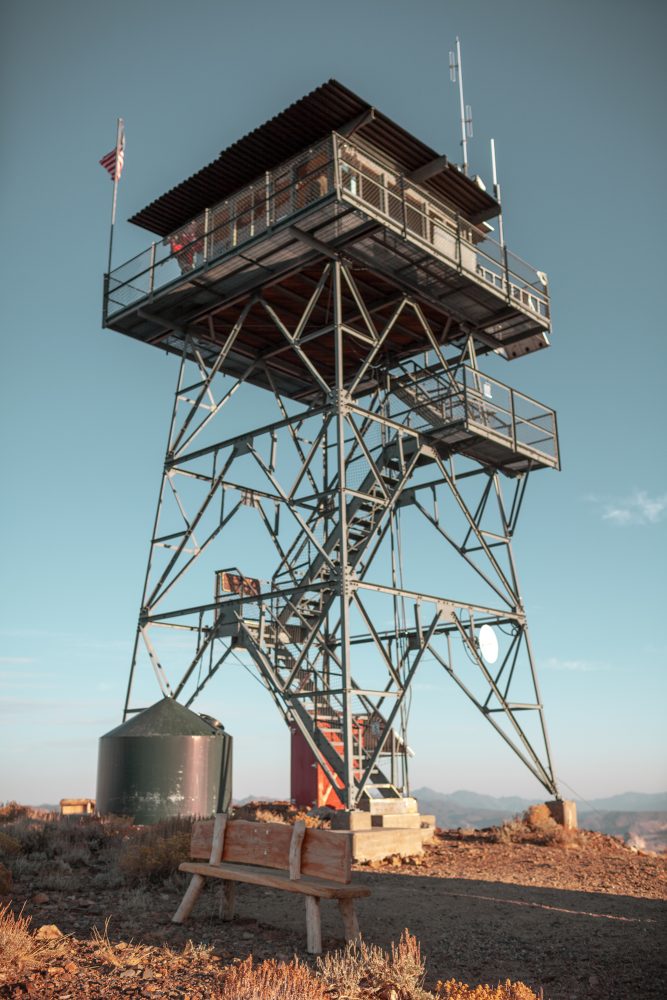 Things to do in the Sequoia National Forest

King’s Canyon National Park – One of the most unassuming and spectacular National Parks in the Western United States is Kings Canyon and it is located in the Sequoia National Forest. This dramatic landscape of cascading waterfalls, glacial-carved valleys, and soaring white granite peaks is a worthwhile destination on its own. King’s offers recreation opportunities including day hikes, rock climbing, backpacking, fly fishing, and more. Access by car via Fresno, California (Western side of the Eastern Sierras), or hike-in access from a variety of trailheads along the CA-395 corridor (Eastern side of the Eastern Sierras).

Editor’s Note: forest fires during the summer of 2021 have impacted the park significantly. Visit the National Park Service website for more information when planning your visit. 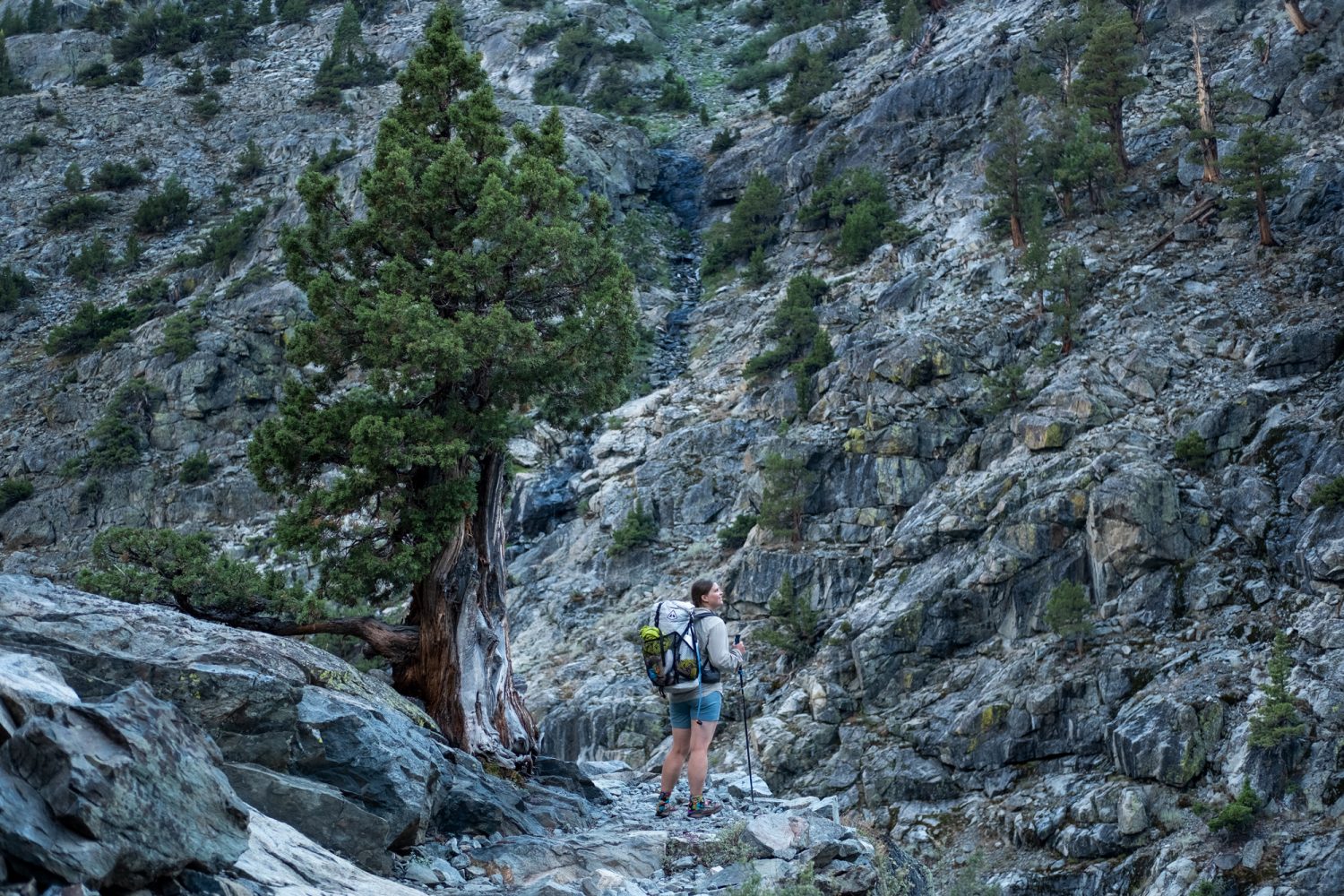 Sequoia National Park – Located just south of Kings Canyon National Park, Sequoia National Park is just as spectacular, yet distinctly different. It is characterized by its namesake, the Giant Sequoia, which happens to be the largest trees in the world by volume). The western side of the park is moister and home to a variety of Sequoia groves with some famous trees, like General Sherman. The eastern portion of the Park becomes distinctly drier, especially as you move south. Mt.Whitney, the highest peak in the lower 48 states is located on the eastern-most border of the park. Access by car via Highway 198 from Visalia, California.

Editor’s Note: forest fires during the summer of 2021 have impacted the park significantly. Visit the National Park Service website for more information when planning your visit. 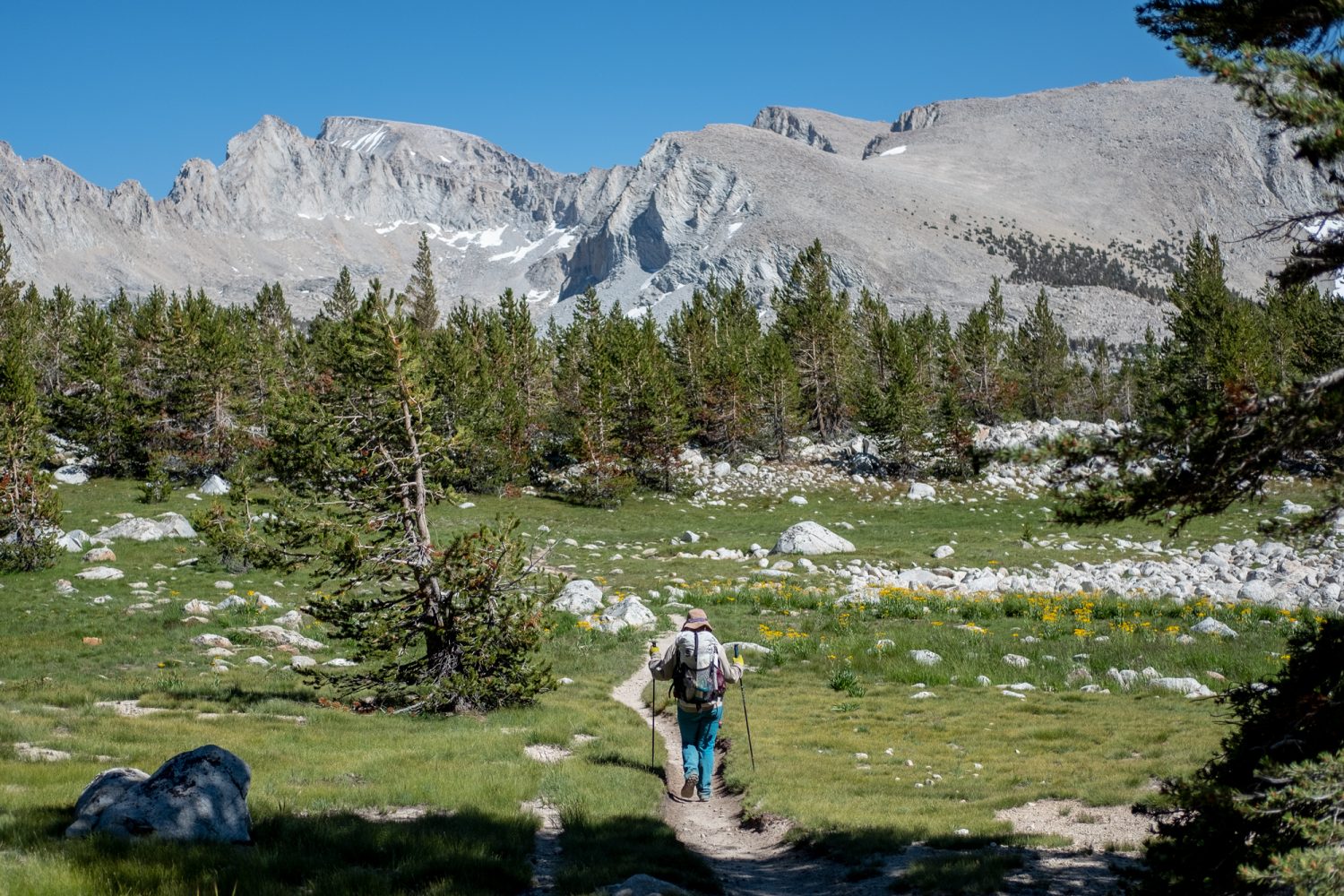 Giant Sequoia National Monument – The Giant Sequoia National Monument is a 328,315-acre area that was established in the year 2000. It is actually comprised of two separate sections: a northern and southern portion which contain 33 distinct groves of these massive trees. Access by car via Highway 190 from Porterville, California, or via Highway 198 from Visalia, California. 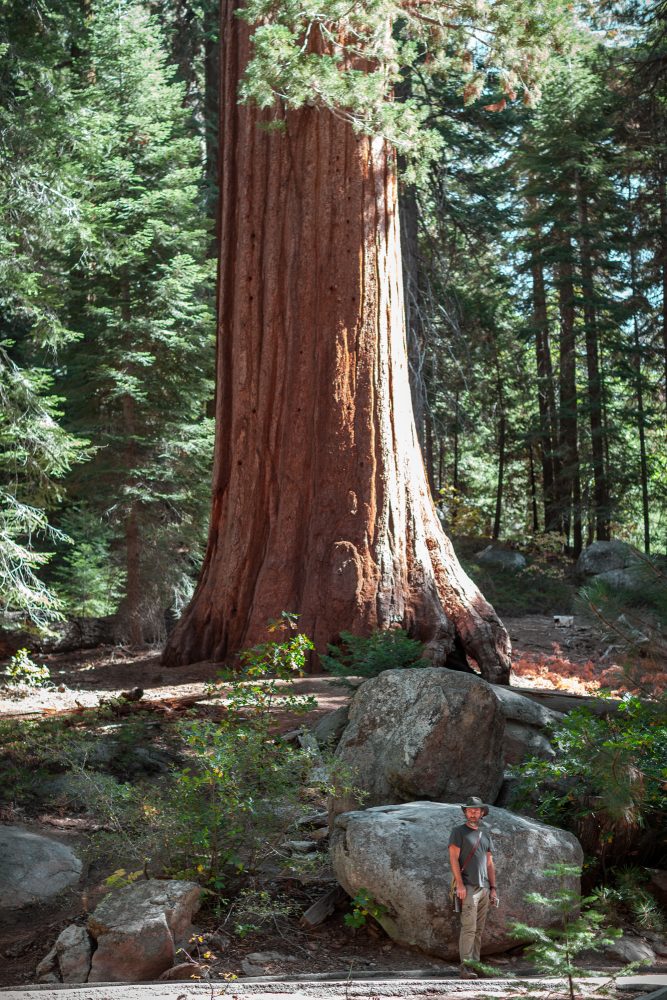 Golden Trout Wilderness – Located across two National Forests, the Inyo and the Sequoia, the 300,000-acre Golden Trout Wilderness is named after California’s State fish, the Golden Trout. This native fish can only be found in roughly 10 miles of rivers in this region, so if you choose to bring a fishing rod, make sure to adhere to local regulations which require the use of artificial lures (or flies) with barbless hooks. While fishing is one of the main reasons to visit this beautiful area, there are many recreation opportunities as well including: 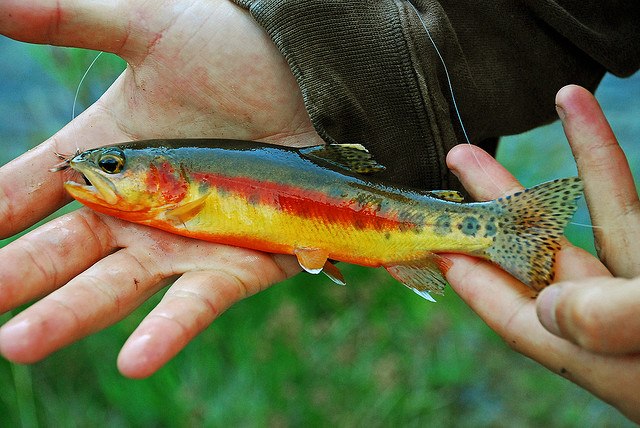 Trail of 100 Giants – Technically part of the Giant Sequoia National Monument (mentioned above), the Trail of 100 Giants is a unique destination where you can walk amongst some of the biggest trees in the world. This particular destination offers drive-up access with easy hiking on mostly flat walking paths that almost anyone can enjoy. Access by car via Highway 190 from Porterville, California, or via M50 from California Hot Springs, California. 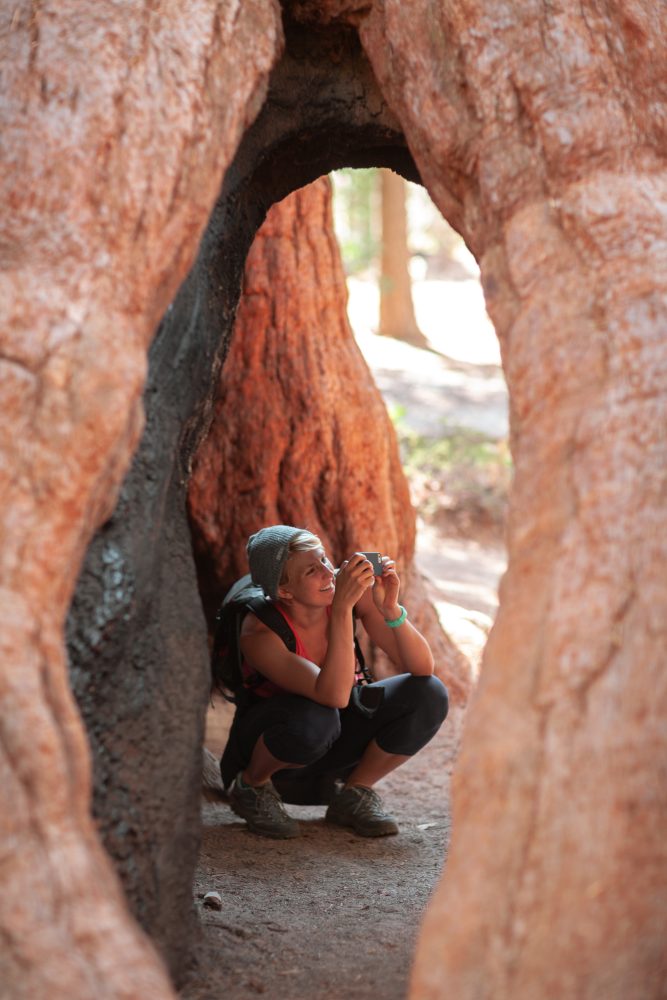