We love overlanding in Spain, the north is far different from the south, where British tourists and the like throb to the beat of the drum and screams of “Ibiza!”. We prefer to leave the crowds behind and head to Bardenas Reales and the surrounding areas, which is the perfect getaway from the tourist hordes.

Bardenas Reales National Park and Biosphere Reserve is one of the largest badlands in Europe that stretches across some 42,000 hectares, at an altitude between 250 and 650 meters. 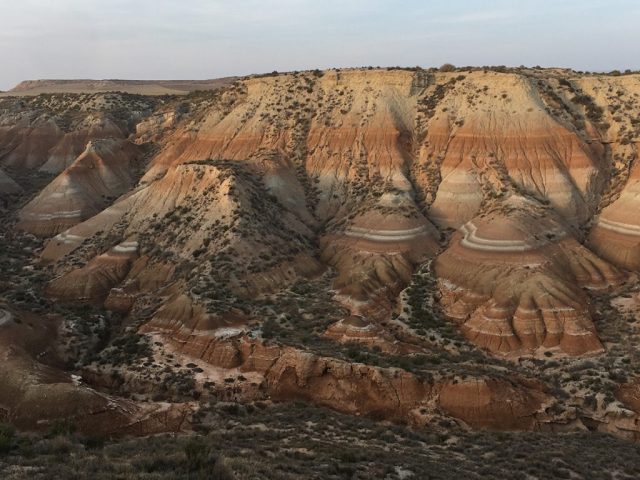 Bardenas Reales was formed well over 10 million years ago, and the area is made up of gravel, sandstone, and clay, which makes driving the trails after a heavy downpour (when it eventually rains) even more exciting. The area is divided into four distinct terrains: 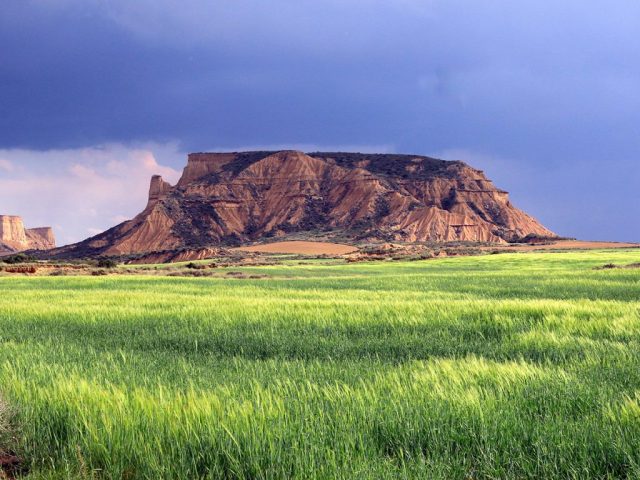 Bardena Blanca is the aridest and the most photographed area of the park, with the classic shot of the Castildetierra within arm’s reach.

Bardena Negra is where vegetation is prevalent with oak and pine trees and where you will spot more wildlife.

El Plano sits at 100 meters, where you will find rosemary, juniper, and sagebrush growing along the plateau.

Vedado de Eguaras is home to the Castle of Peñaflor, built in the 13th Century under the rule of King Alfonso X. It was inhabited until the 16th Century but has since been left to ruin. 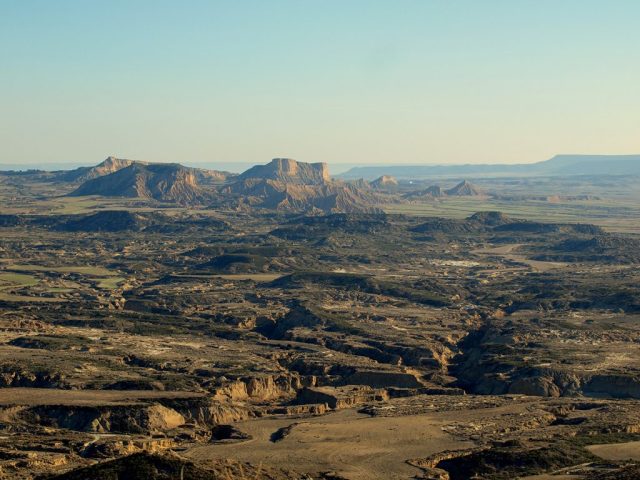 You may be lucky enough to spot several types of flora and fauna, but the birdlife is abundant with regular spottings of the Griffin Vulture, Egyptian Vulture, Golden Eagle, a variety of Lark as well as roe deer, foxes, mountain lions, wild boar, and many species of reptiles. 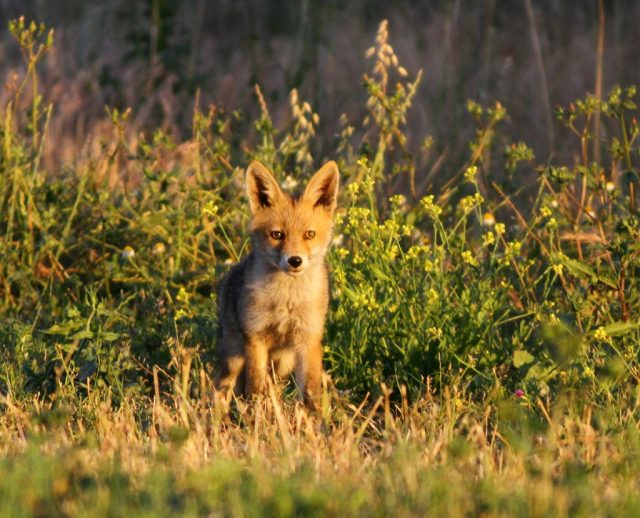 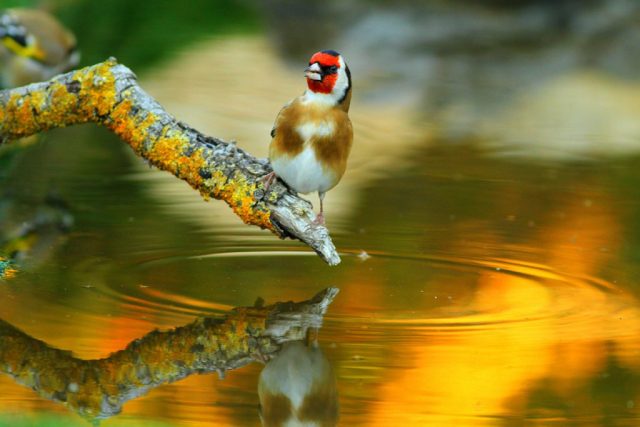 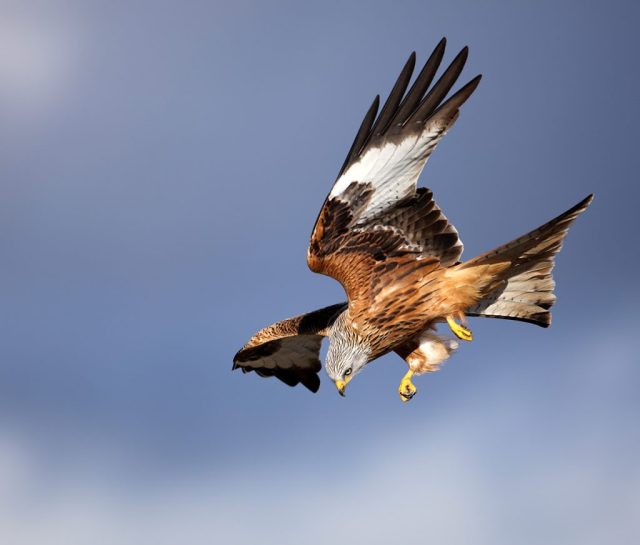 You could also opt to hike along the trails, ride a horse, drive an ATV, or drive a 4×4. There are many options available, dependent on your skill level.

How to get there

Return flights from major airports across the USA to Madrid start from $500.

Once in Madrid, you can rent a vehicle and drive to the state of Navarra or fly to Pamplona for $120 return from Madrid. There are several 4×4 car rental agencies in the area, or alternatively, you can make use of the several guided tours in the area. 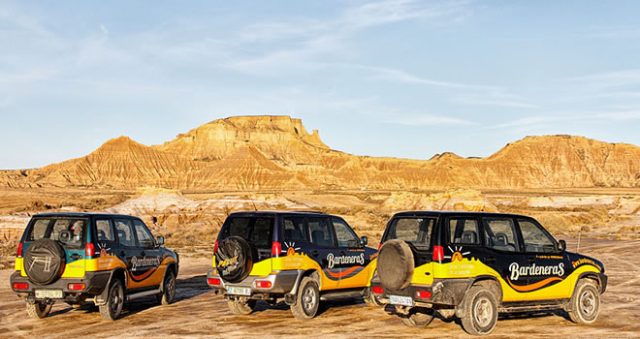 Although overnighting and camping is not permitted in the National Park, several options are available within the area. If you’re looking to spoil yourself and stay in a bubble (quite literally), visit Hotel Aire de Bardenas, situated at the entrance of the National Park. Starts from $250 a night. 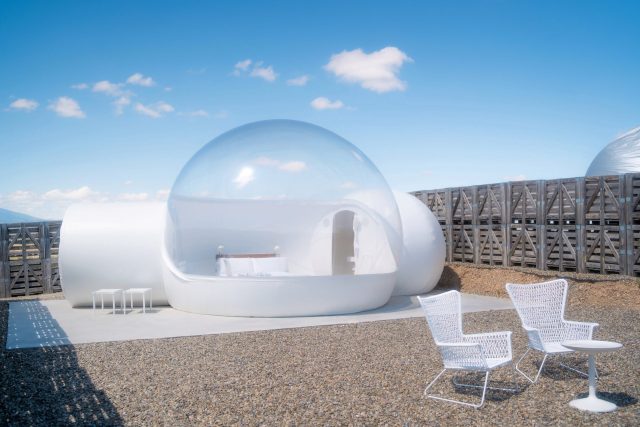 Another option is to stay at Las Bardenas, apartments built into caves. These rural caves were excavated in the 19th Century and remained inhabited until the 1960s. In the 90s, they were repurposed as apartments for tourists visiting the National Park. Prices start at $200 a night for a family of four. 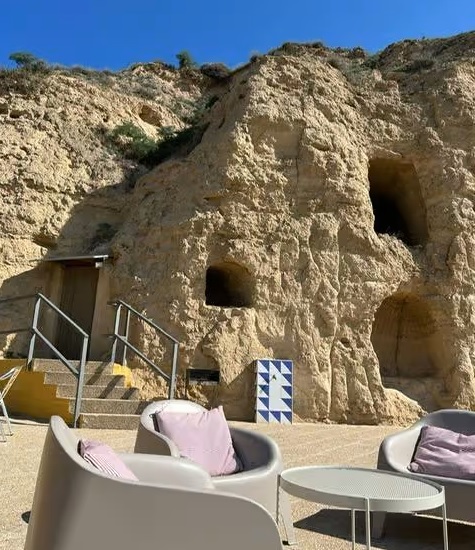 Luisa Bell has always had a passion for travel, but she never imagined that she would travel the world, with her family, in a self-built Land Rover Defender camper. As the navigator, administrator, and penetrator of bureaucracy, she has led her family to over 65 countries on five continents. Luisa is the wife of Graeme, and their quarter-century together feels like a full century in overlander years. Her two kids and her dog are her pride and joy, and if she could travel with them indefinitely, she would. With a background in immigration law, she has the ability to make the impossible possible and has no plan of settling down or retiring her full-time traveler status. Follow her adventures at www.a2aexpedition.com