I spent almost two months in the Dolomites, but only a fraction of that time was spent exploring. It’s easy to see pretty pictures on social media and assume that overlanders are on a permanent vacation, but for most full-timers, that’s far from the truth. My life on the road is a constant juggling act between full-time work, budgeting finances, working around visas, keeping on top of day-to-day chores, fixing the van, trying to exercise, and finally cramming the remaining free time with adventure. This in mind, I spend most evenings carefully curating routes that hit as many points of interest as possible while accepting that, with the best will in the world, you can’t see everything (believe me, I’ve tried, and I wouldn’t recommend it). This process of elimination is especially hard in the Dolomites as there’s just so much to see, but there are some destinations that simply cannot be missed, and Lago di Carezza (or Karersee) is one of them. 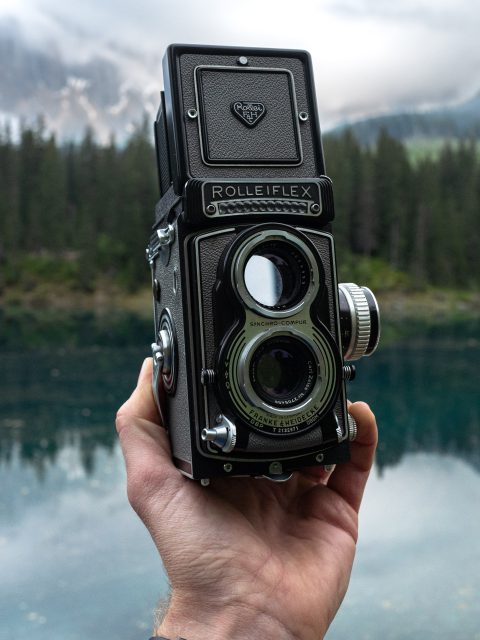 This beautiful alpine lake, fed by underground springs from the Latemar Mountains, is located at 1,520 meters (4,986 feet) in the municipality of Welschnofen. The lake is a protected nature reserve, so swimming and kayaking are prohibited, but there are designated walking paths along the perimeter and a large viewing platform with panoramic views. Carezza, like so many popular spots in the Dolomites, receives very high footfall during the summer months, so if you’re looking to beat the crowds, you’ll need to arrive early. I recently shared my time visiting Seceda, Dolomites, Italy, and explained that whenever possible, I arrive at famous locations pre-sunrise to give myself the best possible chance of getting “the shot” before the crowds appear. Hence, I made my way to the lake the night before from M. & M. Garage, Malosco, Italy, which meant descending the Mendola Pass, navigating the city streets of Bolzano on a Saturday night (one word: chaos), and then finally making the steep ascent towards Carezza. I’d hoped the mountain roads would be quiet, but I spent almost the entire journey with crazy drivers only inches from my rear bumper, attempting to overtake me on blind corners. In Italy, I can only assume that every other driver is on their way to perform life-saving surgery or an undercover operative en route to save the world. I arrived exhausted at 23:45, set my alarm for 4:00 a.m., and passed out.

The sound of my alarm was met with a groan and a complete disbelief that four hours had already passed. Eyes half shut, I rolled out of bed and frantically rummaged for the coffee. It was like a scene from a zombie movie, where the hero’s been bitten, but he knows the antidote is close by. It’s in these moments that I’m painfully aware of my caffeine dependency as pre-coffee, I look like an extra in Resident Evil. But with that first sip of espresso, I become a Harvard professor proficient in 12 languages, ready to tackle the mysteries of the universe. I prepared a flask, organized my equipment, and checked the oil and coolant before getting behind the wheel. A couple of campers had arrived in the early hours of the morning and had pitched their tents close to the van. I tried to release the handbrake and roll so as not to wake them, but it was no good. I winced as the engine burst into life with a roar that would’ve woken the dead. Sorry. 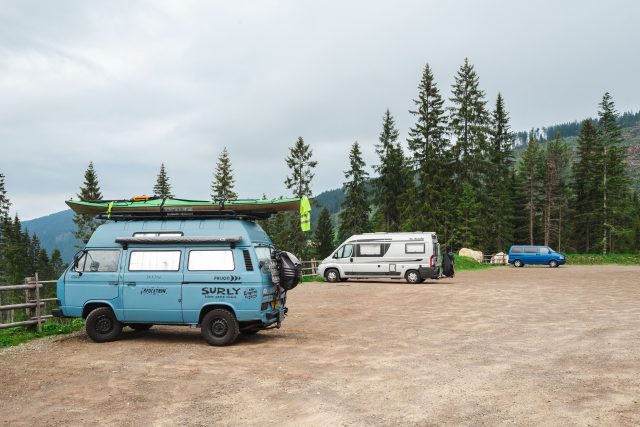 I was just a few minutes’ drive from the car park, which requires you to take a ticket upon entry and pay upon your return. A number of motorhomes had chosen to sleep over in the parking lot, so I assume that’s permitted, but it will come at a cost. It’s a quick hop across the road to the lake, and at 5:30 a.m., I was the first person to arrive; surprisingly, it was still empty when I left at 7 a.m).

Getting out of bed so early isn’t always easy, but the moment you set eyes on such immense natural beauty, the tiredness evaporates. I walked onto the viewing platform, set up my tripod and camera, and took a couple of minutes to absorb the majesty of my surroundings. As first light kissed the surface of the lake, its turquoise waters became a mirror that reflected the misty peaks that towered above. I shot the scene on my Leica Q digital camera, Leica M6 35 mm, and two 120 mm cameras: a Mamiya 7 and a 1965 Rolleiflex (the photo below was taken on the Rolleiflex). 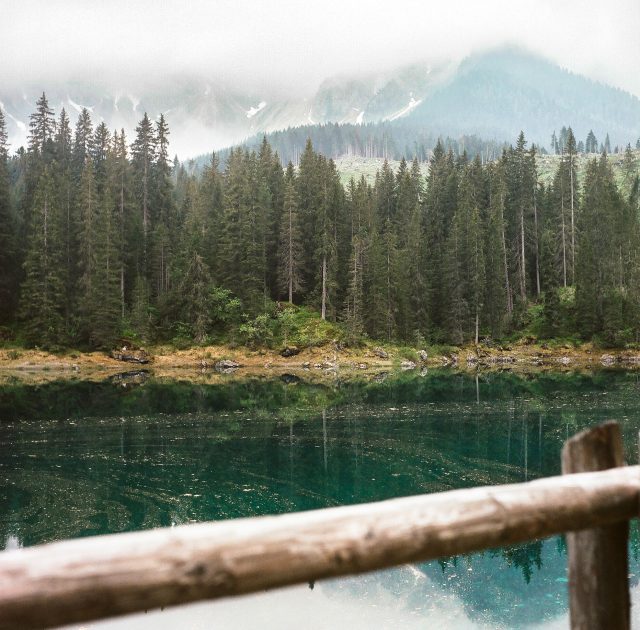 As a photographer, you’re always looking for that perfect composition, but Carezza is so beautiful it’s hard to know where to start. If you arrive and the mountains are hidden by clouds, don’t be discouraged as the conditions change very quickly. I spent over an hour exploring the pathways around the lake before returning to the van, paying for parking, and continuing my journey. 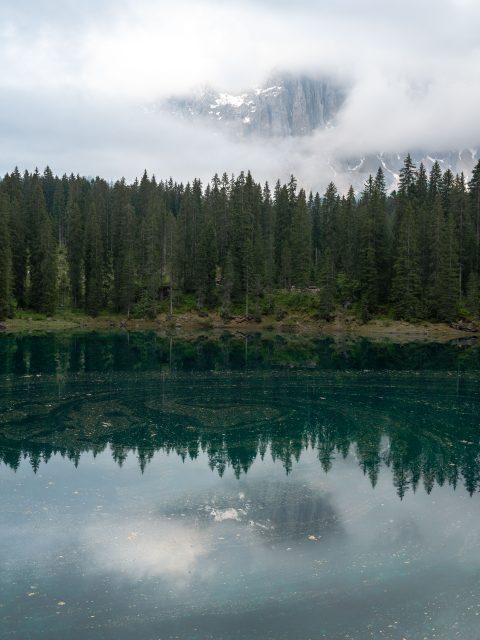 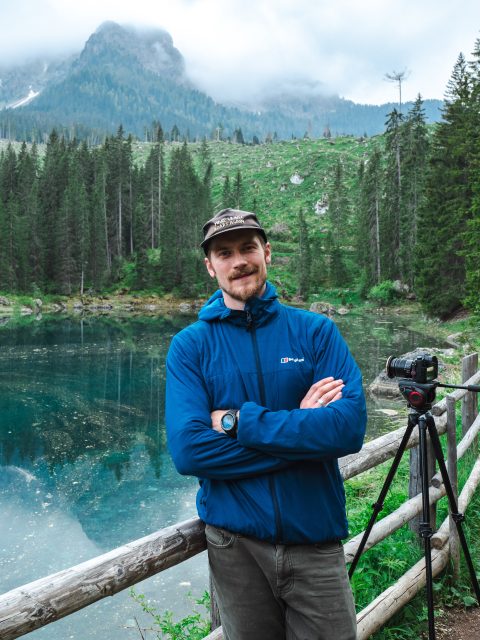 Lake Carezza is a location that lives up to the hype and is a photographer’s dream. If you’re planning to visit, then get up early and arrive for sunrise—you won’t be disappointed.