Lead Image Caption:
One of the best things you can learn how to do is to learn to assess things subjectively and pay attention to the changing conditions around you. These skills are important anywhere, but especially when your party is the only one within an hour or more. The more remote I am, the less likely I am to take chances with bad weather, bad roads, or just some hair-brained idea to try. This storm on the horizon changed my mind about proceeding farther that day into a remote area with otherwise easy roads.

Last week, one of our guests died. He was found just a half a mile from his Jeep, dead of dehydration and heat-related illness. It was preventable. It was unnecessary. It was the result of bad decisions. I am sharing the details of his story with you, in the hopes that it will help prevent similar tragedies in the future.

Mr. Jones (not his real name) had never rented from us before, but stated that he had visited and explored the Moab area several times. He reserved the Jeep for a week, and when questioned about his plans, he said he planned to visit Canyonlands National Park, a common destination for our guests, and that he had the necessary permits.

Upon his arrival to our Jeep rental store, the staff questioned him in more detail about his plans. Our goal is to help our guests choose areas that are likely to fit their interests and level of experience so that we can help them to: 1) avoid things that are likely to cost them Jeep damage fees, and 2) stay safe. 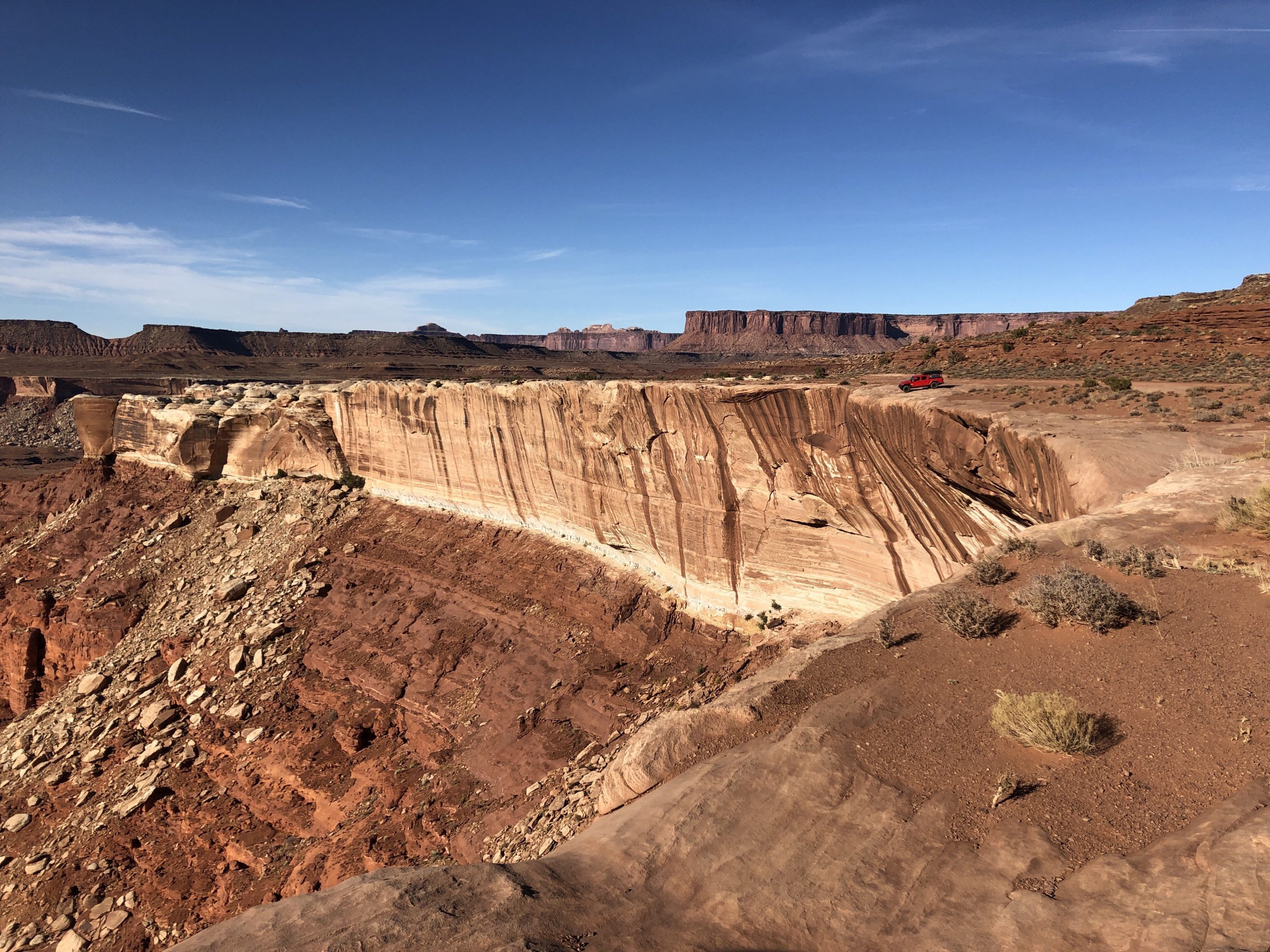 Sometimes people lie. Some overestimate their capability. Some UNDER-estimate the severity of current conditions. Mr. Jones did all of these things, and, unfortunately, did not live to learn from his mistakes.

He said he had permits to camp in the Maze District and the White Rim, both in Canyonlands National Park. Both are very remote, with no services, and no cell signal for most of the way. The Maze is infamous for being one of the most remote areas in the country. We told him that it was not a place that we allowed our guests to go alone. He said he was going with a group. He said he had an emergency contact back home whom he planned to contact mid-week, when he would be coming out of the Maze and before he headed out to the White Rim. We did notice that he seemed to have adequate food, water, and other supplies as he loaded up the rental Jeep. That was the last we saw of him, and his last day alive.

When Mr. Jones did not return the Jeep on time, we contacted the park service to verify his permit dates, and inform them of our concern. Since his last night camping permit put him six to eight hours away from town, the discussion was that he likely miscounted his return date and would be in by the following morning. When he did not return the following morning, we again contacted Canyonlands National Park and Grand County Search and Rescue. The location of the Jeep was identified shortly thereafter at the campground where he had a permit for the first night of his trip. This area is an eight-hour drive from Moab, so a helicopter or a jet boat and a hike up from the river is the fastest way to get there. Search and Rescue arrived about 90 minutes later.

But, it didn’t matter how fast they got there.

Mr. Jones was found one-half mile from the Jeep, under a tree, deceased, from apparent dehydration and heat-related illness. He was alone. He had an empty 32-ounce water bottle with him on his apparent hike in 100-degree temperatures. And he had passed away long before it occurred to anyone to even start looking for him.

We learned during all of this that he was, in fact, alone, and not with a group, as he had told us. His emergency contact back home on the east coast was a casual co-worker who had been too distracted with an incoming hurricane to notice that Mr. Jones hadn’t checked in. And we had no reason to start looking for him until his Jeep was late.

The famous Rubicon Trail lies within the Sierra Nevada Mountains between Sacramento and Lake Tahoe. Although it doesn’t sound very remote, at an average travel speed of 1 mph over 12 miles to traverse the trail, plus an hour of easy driving on each end to reach anywhere, there is no such thing as a quick change of plans.

Mr. Jones made a series of bad decisions that led to his demise, even though we asked all the questions to try to help him avoid that. His decisions cost him his life, and impacted the lives of all involved in the search for and recovery of him.

These are circumstances that our Search and Rescue teams encounter day after day. Often, SAR team members activate in response to an emergency call and swoop in, preventing tragedy, but at the expense of fatigue and dehydration to themselves. They sign up for this, but still, so many people could avoid these types of emergencies with just a few simple precautions. 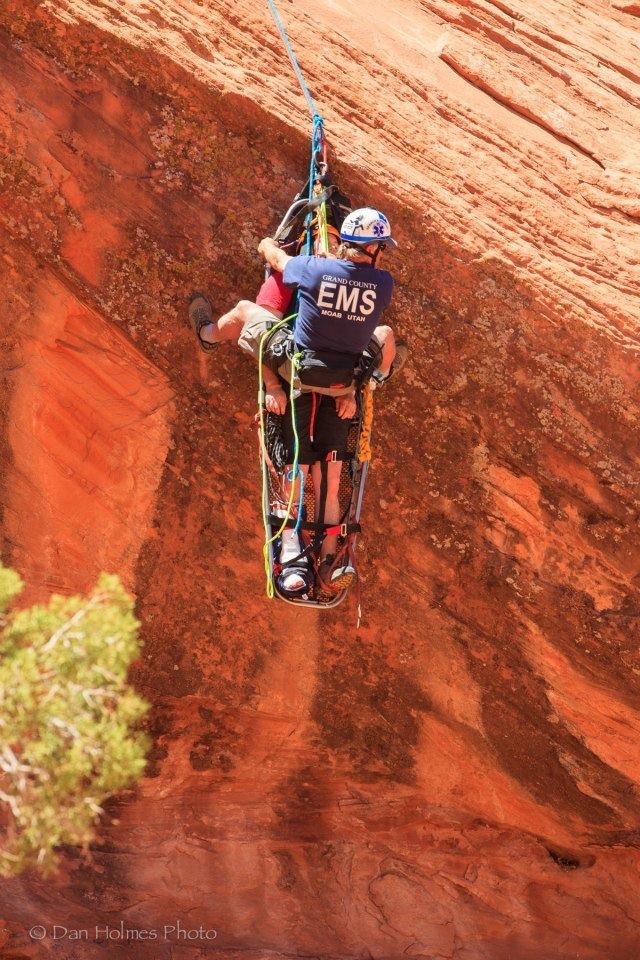 John Marshall descending a cliff with a severely injured victim of bad choices. Grand County SAR is one of the most trained and skilled units in the country, and it’s because they get a lot of practice and on-the-job training. Photo by Dan Holmes

What can you do to avoid the result Mr. Jones had?

Be humble. Be safe. Happy trails.