If you are looking for a vehicle with more character than a Tarantino flick, this Pinzgauer 6×6 featured on Bring A Trailer may be just the vehicle for you! 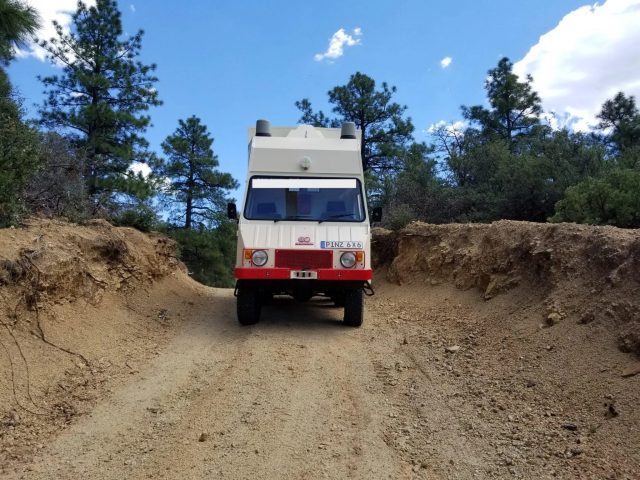 This Pinzgauer 712 was manufactured by Steyr-Daimler-Puch AG in Austria, and the ambulance conversion was most likely executed by German coachbuilder Miesen. The rear box of the vehicle has not been further modified and is the perfect “clean slate” for an overland camper conversion or remote mobile clinic. The separate rear cab (no walk-through) features a sink, storage units, ceiling lights, folding seating, a passenger-side door, and ambulance-style rear doors. The truck was imported to the US under prior ownership before being acquired by the current seller in 2007. This first-generation Pinzgauer is offered with limited spare parts and an Arizona title in the seller’s name (the front number plate is German, and the rear license plate is American). 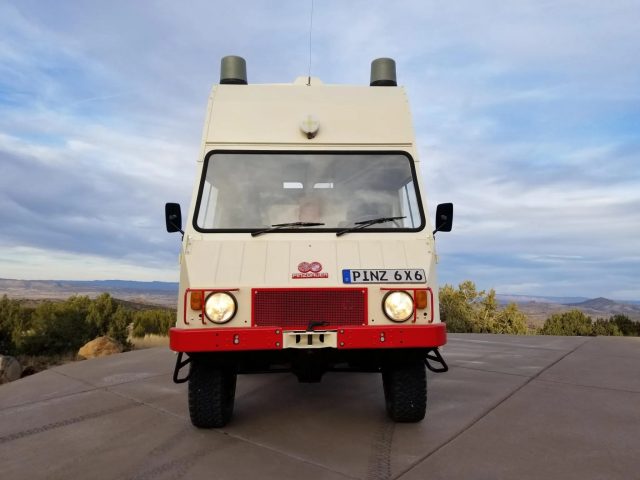 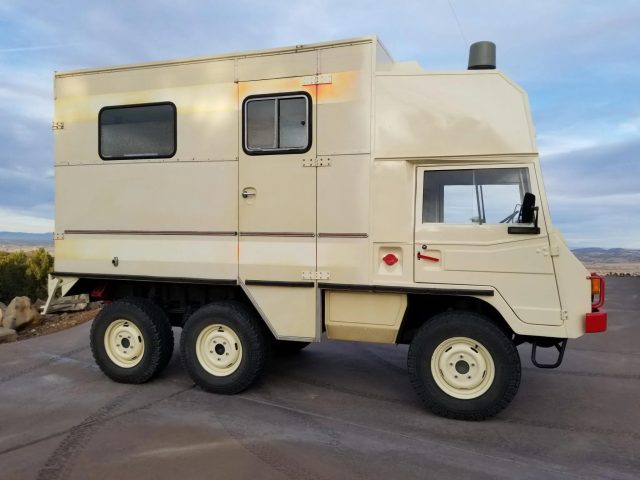 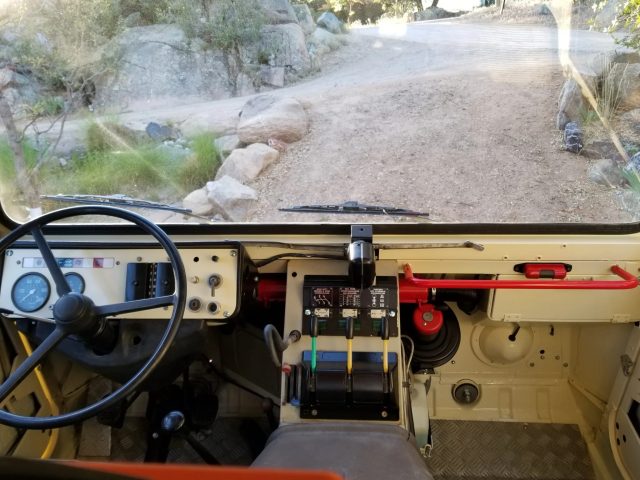 The truck features a tubular central chassis, a six-wheel independent suspension with portal axles, and braking via drums all around. The truck is powered by an (apparently rebuilt) air-cooled 2.5-liter inline-four with twin Zenith carburetors mounted between the front seats, driving all six wheels through a five-speed manual transaxle and a two-speed transfer case. Each of the three-axles features a locking differential. Controls for the shift-on-the-fly hydraulically operated locking differentials and six-wheel drive are mounted within the center console. The electrical system has been rewired and the carburetors rebuilt, and much of the rust damage is said to be removed, though rust is mentioned and visible on various underbody components. 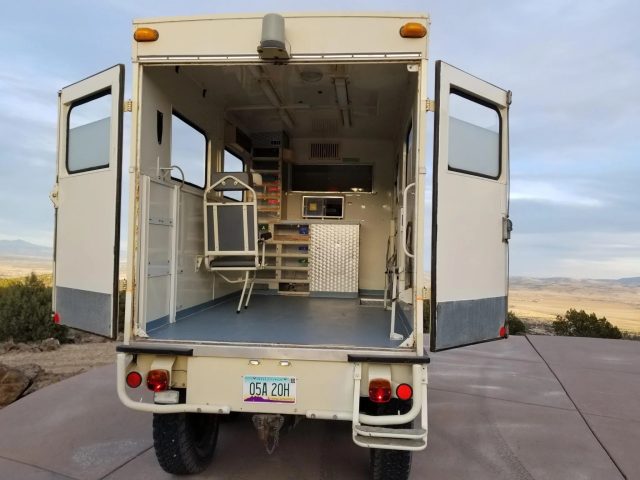 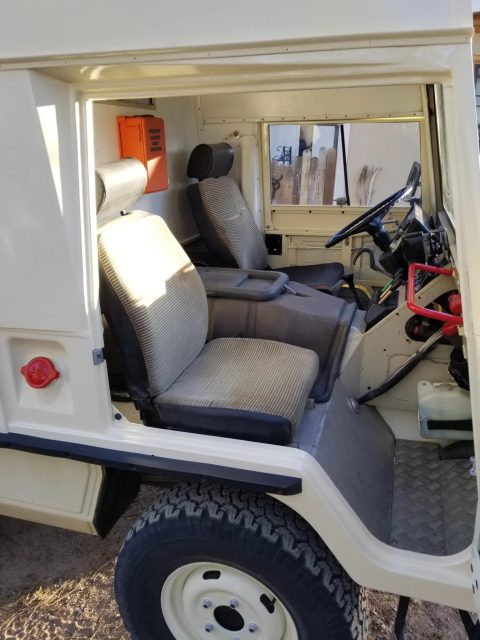 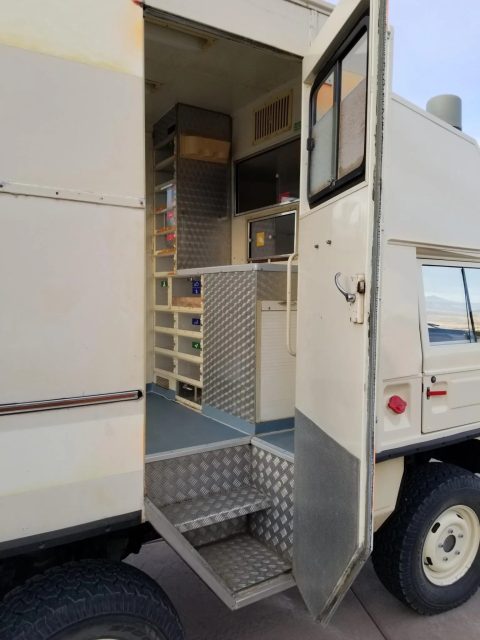 The spartan cab offers lap belts for two occupants, as well as a heater, steel checker plate floor coverings, and sliding windows with locks. The tan cloth bucket seats trimmed in black vinyl could do with new upholstery. It is worth noting that the windshield washer pump is missing, and the exhaust slip joints are worn. A three-spoke steering wheel frames metric VDO instrumentation consisting of a replacement 100 km/h speedometer and an inoperative fuel gauge. The five-digit odometer shows 58,000 kilometers (approximately 36,000 miles), about 200 of which were added under current ownership, while total mileage is unknown. The Arizona title lists a “Not Actual” odometer reading. 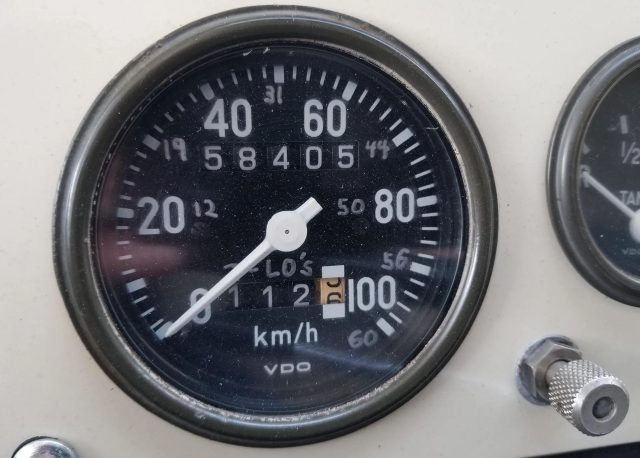 The taillights were replaced, and areas of rust have been repaired since the seller acquired the truck. The emergency lights are not hooked up, and the lenses have been painted over. 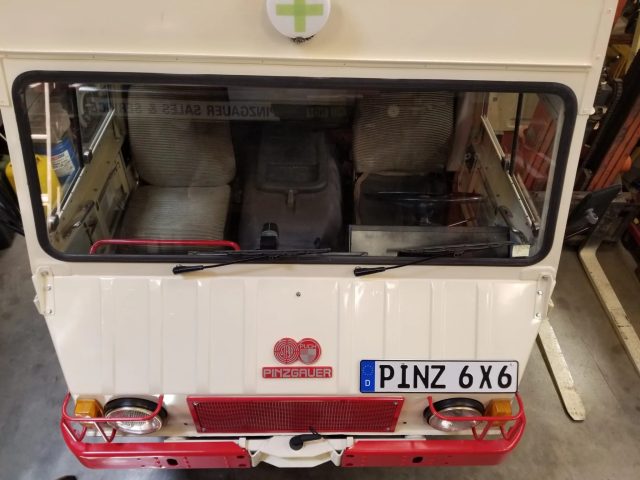 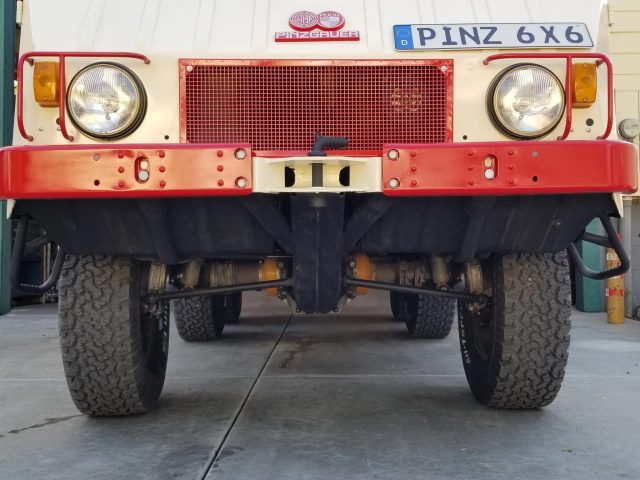 The body-color, 16-inch steel wheels are mounted with relatively worn 265/75 BFGoodrich All-terrain T/A KO tires, the truck is finished in ivory paint, and the current owner repainted the forward cab. A red-finished grille, headlamp guards, and split bumpers are fitted up front, along with a clevis pin hitch. A pintle hitch is installed at the back, along with a step and split tubular bumpers. 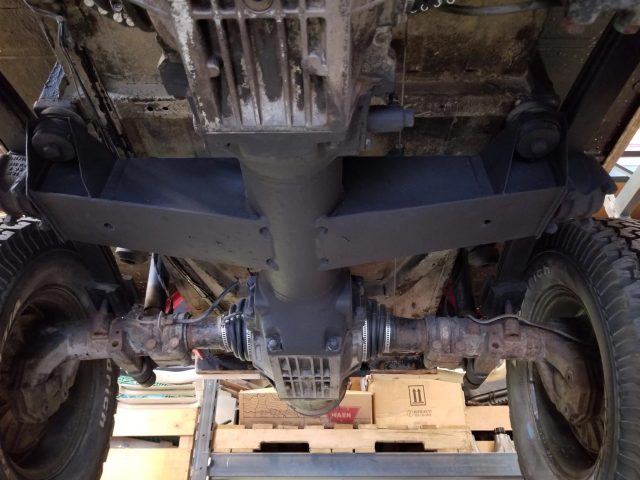 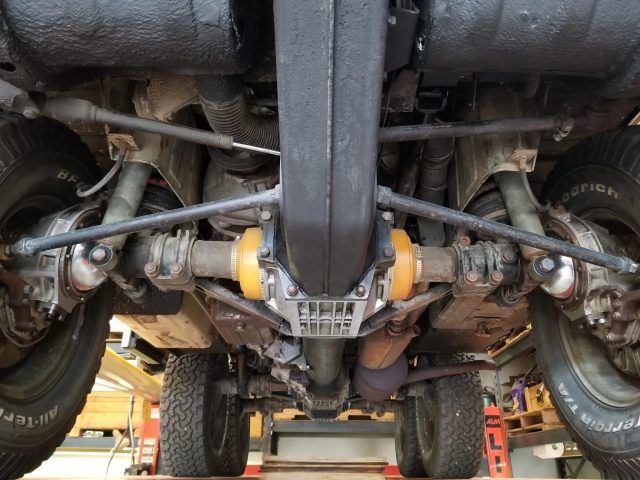 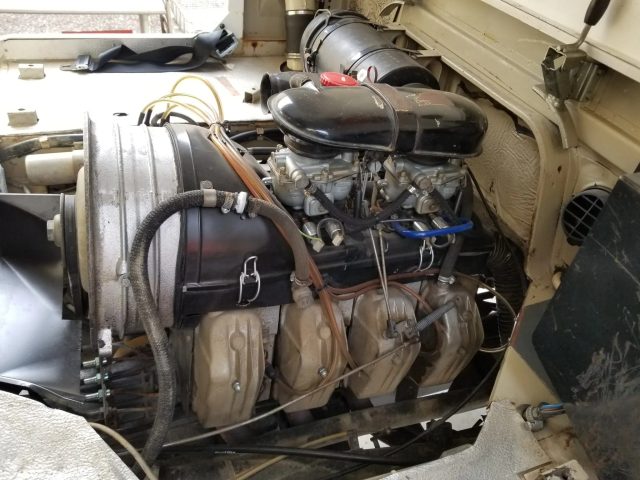