If you happened to be in Bend, Oregon, last month, you might have caught a rather interesting sight: a whole flock of sweaty journalists with their windows up and A/Cs off, attempting to hypermile Silverado 1500s. Why? Because Chevrolet was unveiling their new 3.0L Duramax turbo-diesels, and they were brilliant enough to make the drive a competition. Auto-journalists are nothing if not competitive. Whoever brought back the best average mpg over a 25-mile loop would win a prize, and more importantly, bragging rights at dinner. So there we were, pouring sweat like Niagra falls, treating the throttle like forbidden fruit, and coming up with every trick in the book to gain precious mpg. Chevy had to tell us we couldn’t fold in the mirrors. The results of our efforts were impressive, 42 mpg averages were common, while the winner brought back a staggering 47 mpg. Just let that sink in, a 47 mpg average out of a full-size pickup truck with 277 horsepower and 460 pound-feet of torque.

Of course, these were not official figures by any means. Chevy’s team was tight-lipped over what they guessed the real number would be, so we waited impatiently until this morning when the EPA finally released their ratings. They did not disappoint. For the 2020 Silverado with a 3.0L Duramax turbo-diesel, the EPA is assigning highway figures of 33 mpg, and city fuel economy of 23 mpg in the rear-wheel-drive model. Four-wheel drives follow with an equally impressive 29 mpg highway/23 mpg city, which is better than both the Ford F-150’s 25 highway/20 city and Ram’s 27 highway/19 city. The Silverado doesn’t just achieve better fuel economy than competing trucks though. On the highway, the new Duramax also beats several sedans including: 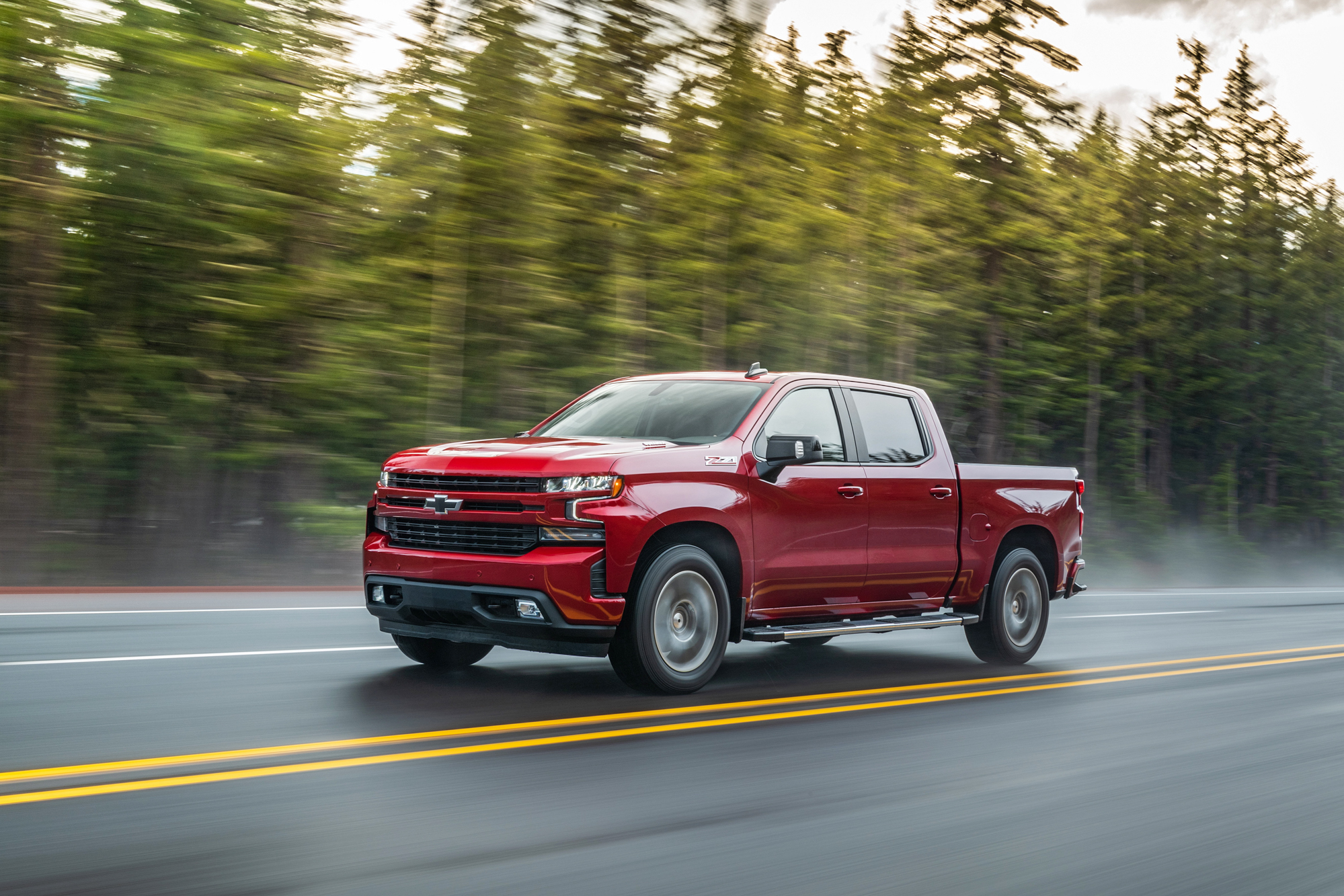 Despite boasting fuel economy that competes with these sedans, the Silverado still brings real utility and durability to the table. As mentioned previously, the 3.0L inline-6 produces 277 horsepower and 460 pound-feet of torque, which enables the truck to tow up to 9,300 pounds with a max payload of 1,870 pounds. An aluminum engine block saves weight for efficiency, while iron cylinder liners, a forged steel crankshaft, and connecting rods improve strength. Blended silicon and aluminum pistons provide also provide greater heat resistance and decrease expansion, which leads to greater longevity from the motor.

“This is the first diesel offered in Chevrolet’s light-duty trucks since 1997, and the brand’s first-ever inline-six configuration for full-size, light-duty trucks. As such, engineers had a clean sheet to leverage the efficiency and balance of an inline-six-cylinder architecture. We set out to offer light-duty truck customers the best of diesel—outstanding fuel economy, great horsepower, and responsive torque—plus unexpected levels of refinement,” said Nicola Menarini, director for diesel truck engine program execution. “We leveraged our global diesel expertise to make sure the all-new 3.0L Duramax turbo-diesel engine offers the impressive performance and durability our truck customers demand.” 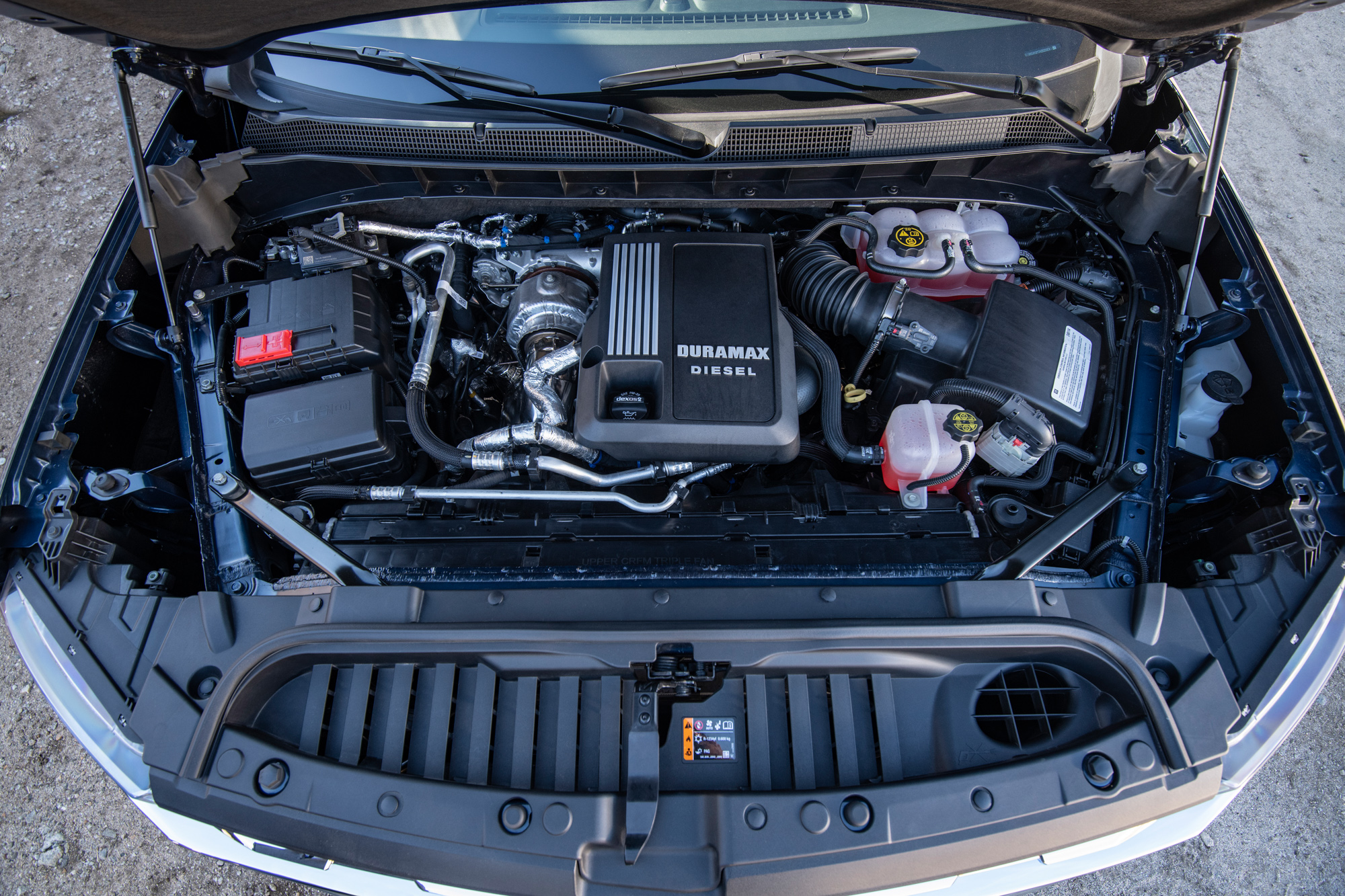 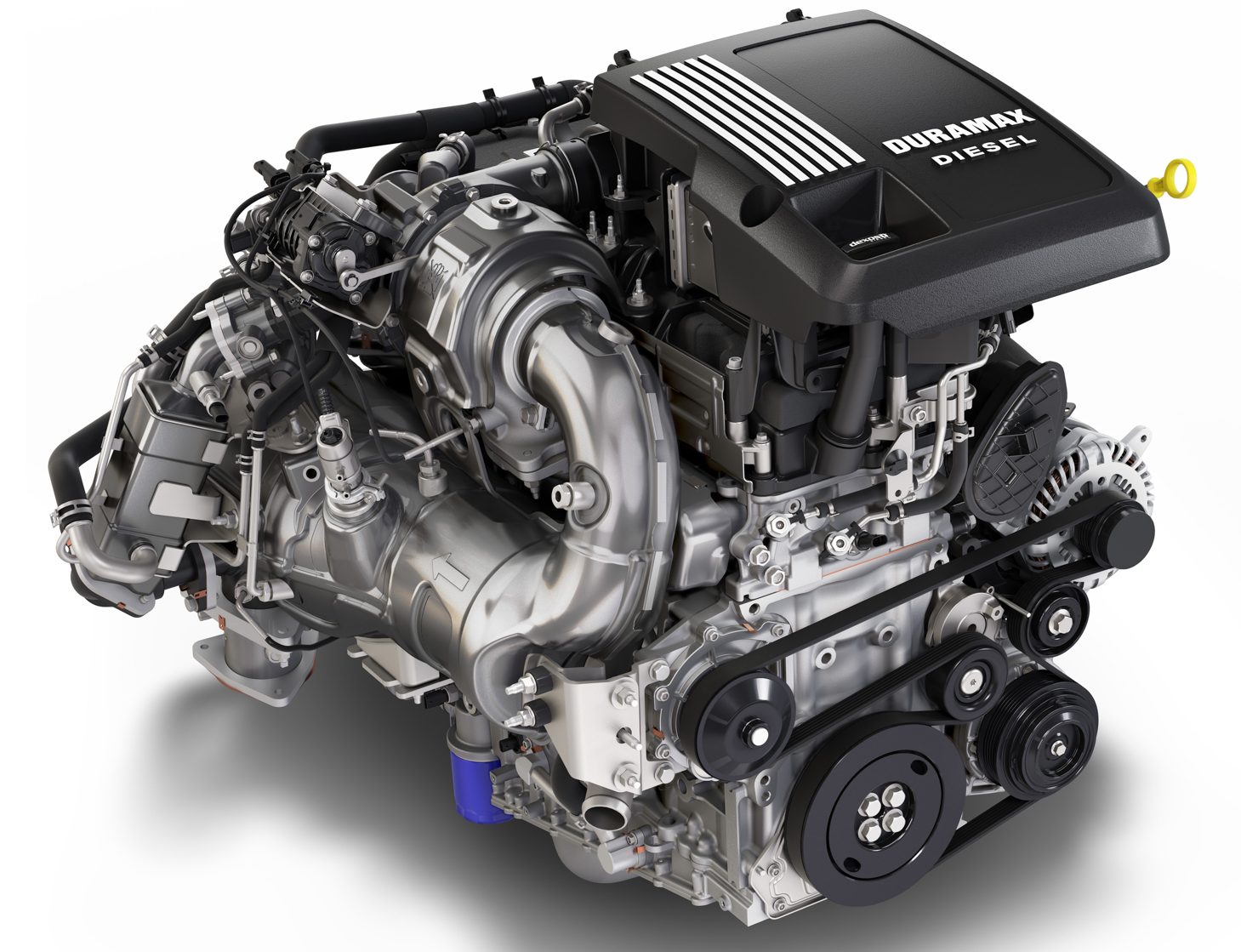 Chevy notes that they chose the inline-six for its inherently balanced configuration for low noise and vibration characteristics. It features an 84- x 90-millimeter bore and stroke, dual-overhead camshafts, and four valves per cylinder, as well as a new active thermal management system which warms up propulsion components more quickly for more efficient operation. This diesel also includes an exhaust brake in tow-haul mode, which gives drivers additional control while towing downhill. The new 3.0L Duramax will be exclusively paired to the Hydra-Matic 10L80 10-speed automatic transmission, which Chevrolet points out will feature smaller gear steps, and an overall larger ratio spread to enable peak efficiency, as well as intelligent controls which adjust to the driver’s needs for smooth operation and aggressive response.

Having used these trucks all around Bend, I can say they’re a joy to drive, with a smooth and quiet performance during cruising speed, and a solid kick of acceleration when you want it. It would seem that this is the motor to choose then, but there’s one major problem, the Duramax isn’t available on Trail Boss package trucks. That means if you want an off-road biased diesel from GM, you’ll have to stick with the Colorado. Or will you? Rumor has it that GMC has a new Sierra 1500 AT4 package rolling out soon, and it just might be packing the off-road capability we love with the 3.0L diesel performance we crave. 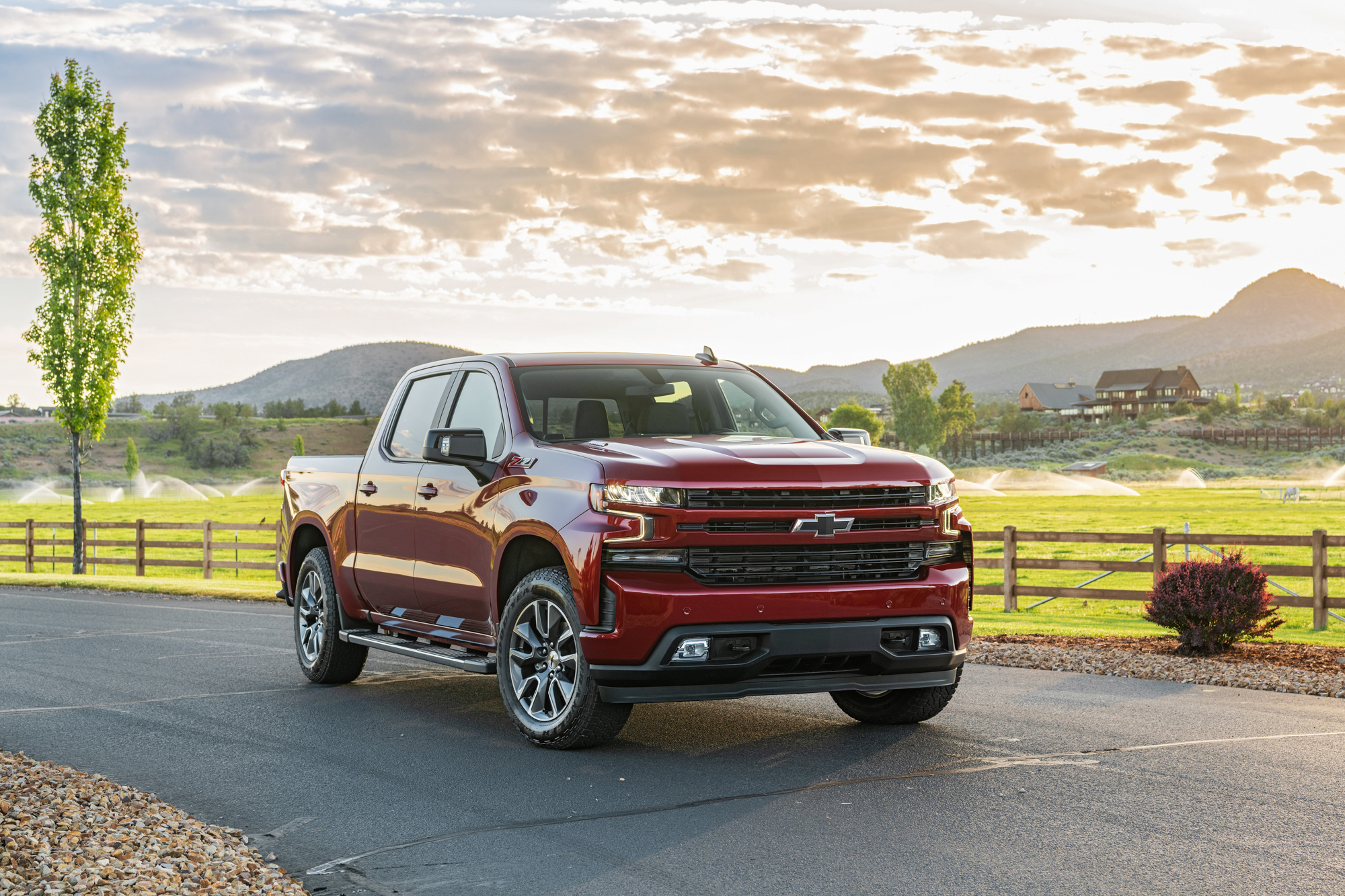 Will the new 2020 AWD Ford Transit Dethrone the Sprinter? 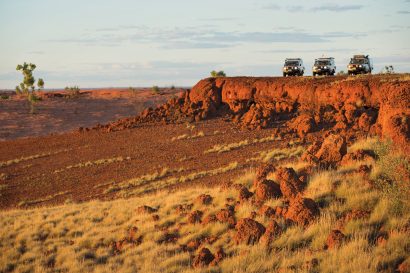 Expeditions 7: The Wonders of Oz 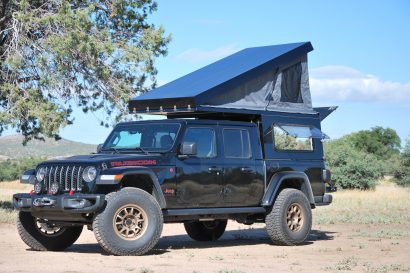 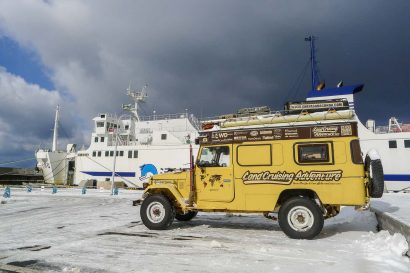