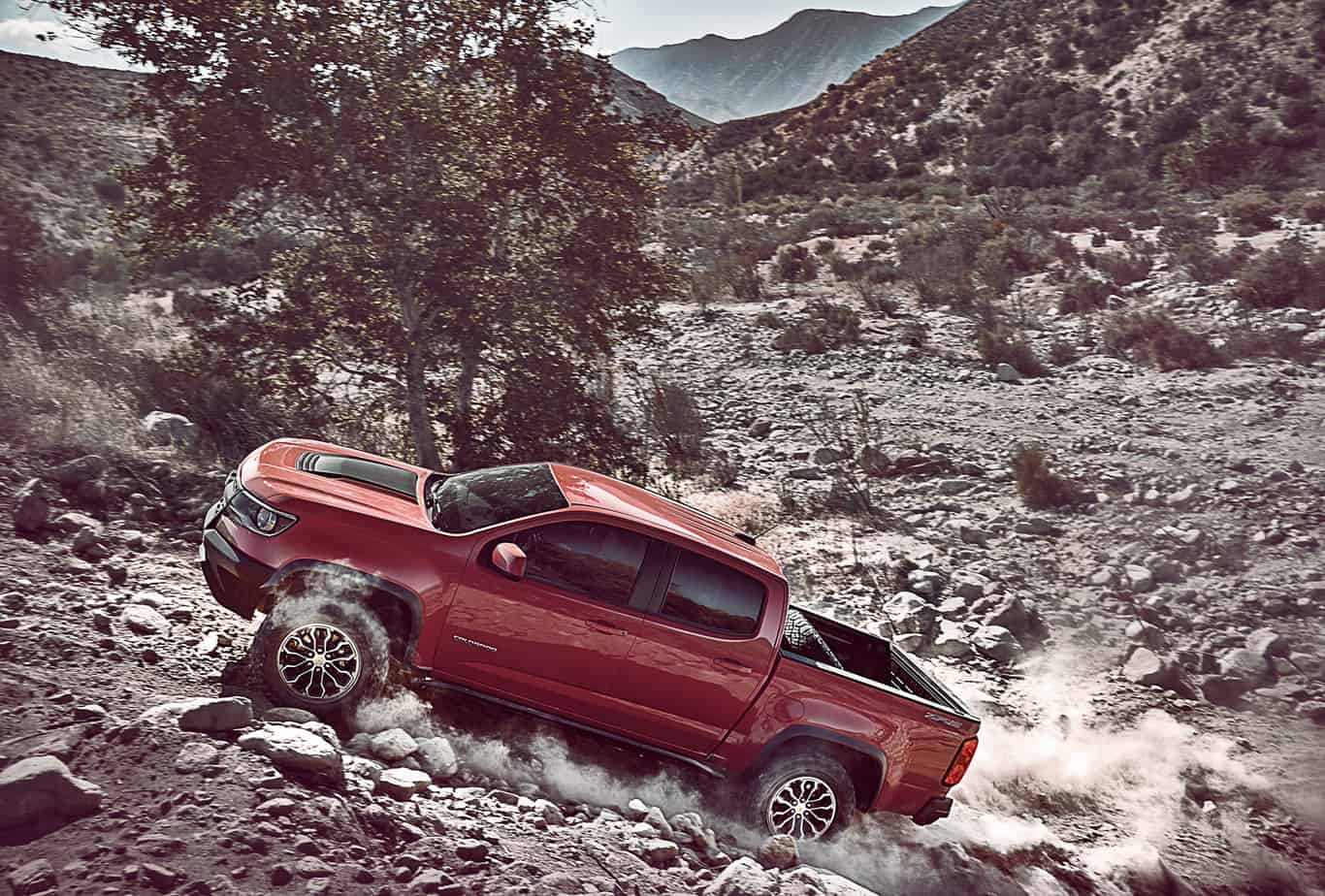 The Tacoma has reigned uncontested for decades, any attempt at dethroning the pinnacle overland pickup a (mostly) pathetic attempt. The Toyota has always managed the perfect balance of reliability and performance, creating an unwavering fan club and massive aftermarket support. However, the competition knows this and several manufactures will attempt to challenge the Tacoma’s reign. While the Jeep Pickup is still a few years away, Chevrolet has taken a direct attack against the category champion with aggressive performance and an available Duramax diesel.

When we consider the needs of the adventure traveler, performance, capacity (payload), range, durability, and reliability all come to mind. In recent years, GM has significantly improved quality and reliability while also injecting some much-needed excitement into the brand. The ZR2 is not just an appearance package, but a complete segment-fighter with long-travel suspension, front and rear locking differentials, wider track, more clearance, and a diesel engine. Initial review looks promising, particularly with the Duramax. We tested a non-ZR2 model recently and consistently achieved mid-to-high 20mpg numbers. This directly relates to range over long distances in remote areas.

We look forward to grabbing a test unit soon and reporting back on how the ZR2 performs. For now, here is the press release. . . 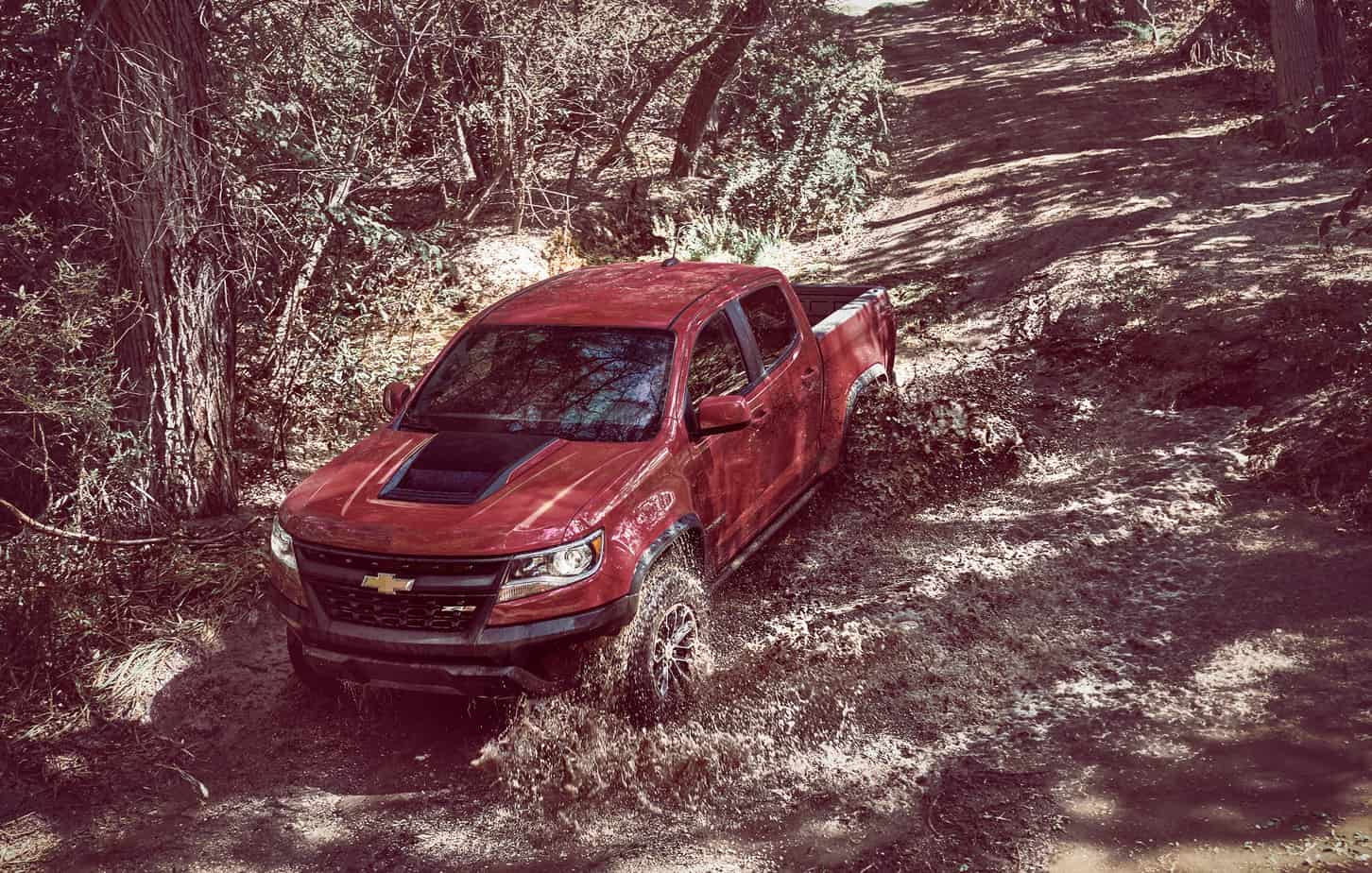 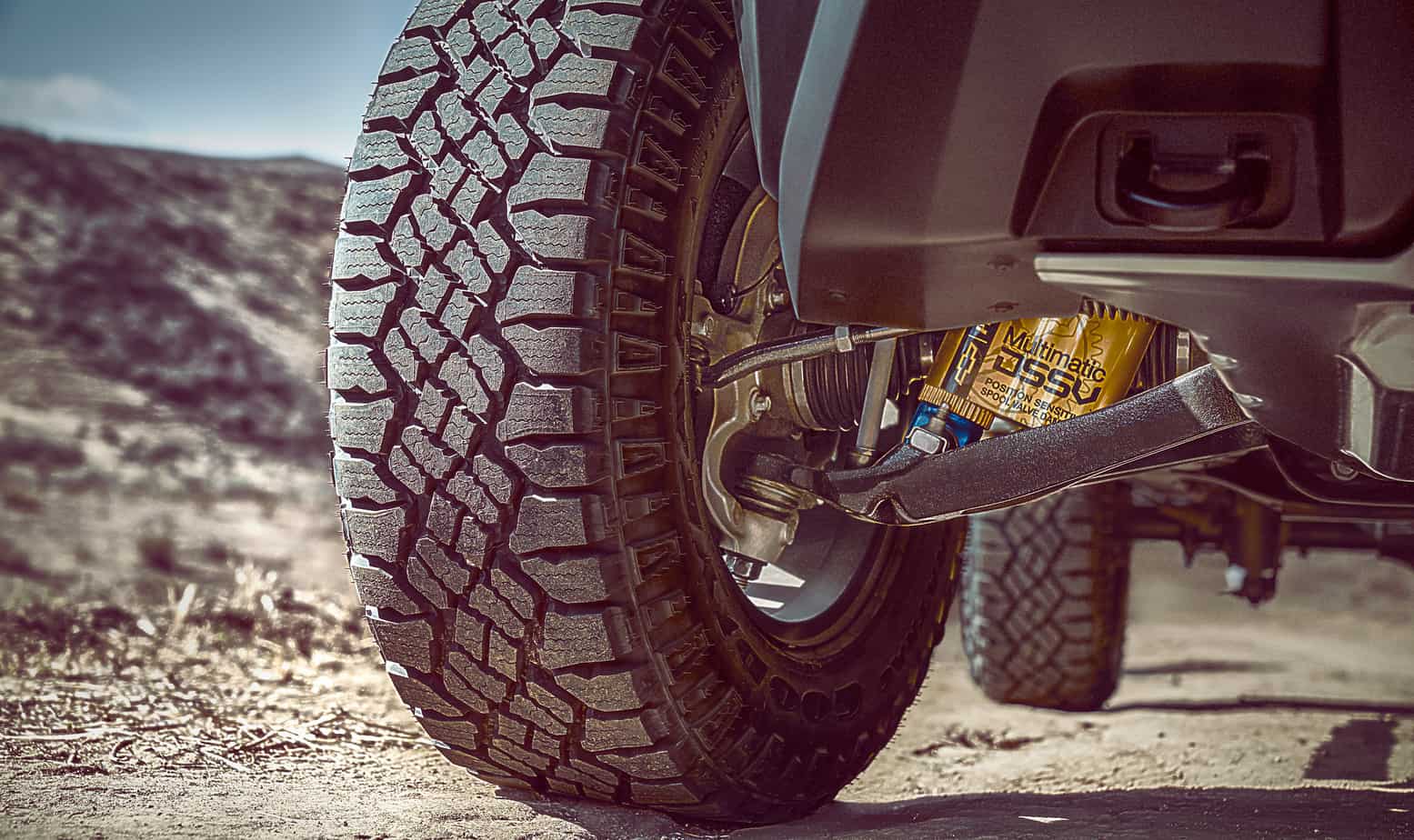 The ZR2 is effectively a segment of one, combining the nimbleness and maneuverability of a mid-size pickup with a host of new off-road features and the most off-road technology of any vehicle in its segment. Compared to a standard Colorado, the ZR2 features a much wider track and a lifted suspension. Functional rockers have been added for better performance over rocks and obstacles, and the front and rear bumpers have been modified for better off-road clearance.

As a result, the Colorado ZR2 delivers exceptional performance in a variety of scenarios – from technical rock crawling to tight two-track trails to high-speed desert running to daily driving.

“Our engineers have been incredibly successful developing Corvette and Camaro performance variants with broad performance envelopes,” said Mark Reuss, executive vice president, Global Product Development, Purchasing and Supply Chain. “The ZR2 applies that same philosophy to off-road performance. You can go rock crawling on Saturday, desert running on Sunday, and comfortably drive to work on Monday. This truck can do it all, and do it all well.”

First off-road application of Multimatic DSSV dampers
To achieve this unprecedented balance of on- and off-road performance, the Chevy engineering team turned to a surprising partner in creating the ZR2’s dampers, which are the heart of any off-road truck.

Multimatic Inc., based in Markham, Ontario, is a renowned maker of high-performance Dynamic Suspensions Spool Valve (DSSV) dampers as used in championship-winning motorsport vehicles, including recent Formula One winners.

The first volume production vehicle to use DSSV dampers was the 2014 Chevrolet Camaro Z/28. The 2017 Chevrolet Colorado ZR2 will be the first application of Multimatic DSSV damper technology to an off-road vehicle.

“From our experience on Z/28, we knew the performance advantages offered by DSSV dampers, “ said Mark Dickens, executive director, Performance Variants, Performance Parts and Motorsports Engineering, Chevrolet. “We also know that Multimatic’s motorsport development mentality would allow us to bring a uniquely precise and repeatable custom damper to market even more quickly than a traditional damper system.”

Compared to deflected-disk valving common on most dampers, the ZR2 employs spool valves that offer increased precision and manufacturing repeatability along with enhanced ride and handling performance both on- and off-road.

“A traditional, deflected-disc damper only offers two force-velocity curves for tuning,” Dickens said. “The ZR2 dampers offer six tuning curves for the front, four at the rear. For the driver, this translates to greater confidence and control in a wider range of driving experiences.”

Design meets mud, sand and rock
Visually, the production version of the Colorado ZR2 closely resembles the concept shown at the 2014 Los Angeles Auto Show. Consumer response to that concept was so overwhelming, the team knew they needed to carry as much of the original design into production as possible.

“For both the concept and the production versions of ZR2, the exterior design was shaped by the desire to improve capability driving over mud, sand and rock,” said Rich Scheer, director of design for Chevrolet Truck. “The wider, more aggressive stance, modified front and rear bumpers, and even the bed-mounted, spare-tire carrier all improve performance driving over rough terrain.”

Compared to a Colorado Z71, the ZR2 has a more aggressive side profile, with the suspension lifted two inches for greater ground clearance. The steel-tube, functional rocker protectors will be standard equipment on the ZR2, and are strong enough to protect the body side while dragging the truck against a rock face.

The front and rear track has been widened by three-and-a-half inches, with new cast-iron control arms for greater durability in off-road situations. As a result, the ZR2 offers greater wheel travel and stability while traversing steep grades.

The front bumper of the ZR2 has tapered ends, to increase the tire clearance when approaching obstacles. The bumper also integrates a thick, aluminum skid plate protecting the radiator and engine oil pan, while the transfer case is protected by an additional shield. Above the bumper, the ZR2 features a more aggressive grille and hood – with black insert – to complement the other exterior changes.

A bed-mounted spare tire carrier, seen on reveal vehicles at the Los Angeles Auto Show, will be available as an accessory. “The bed-mounted spare tire adds a rugged look to ZR2, and serves a functional purpose. By relocating the spare to the bed, ZR2’s departure is improved and prevents any damage to the spare when you’re crawling over obstacles,” said Scheer.

Extensive work was done to integrate the electronic lockers and allow them to seamlessly interact with the traction control, stability control, and hill-descent control. In addition, a new “Off-Road Mode” button, in combination with the traction control switch, allows the anti-lock brakes, traction control, and stability control calibrations to be tailored to different driving conditions. Off-road Mode also alters the throttle progression and shifts calibrations to give the driver better control and responsiveness.

The ZR2 shares its powertrains with the 2017 Colorado, and it will be the only extreme production off-road truck to offer the choice of gas or diesel engines.

Even with all of the off-roading upgrades over the base truck, the ZR2 can still tow up to 5,000 lbs. – enough to pull a camper, trailer dirt bikes, jet skis, snow mobiles and other toys – or carry 1,100 lbs. of payload.

As such, the Colorado ZR2 offers a distinct position in the market: Compared to other midsize trucks, the Colorado offers an unrivaled suite of powertrain technologies; compared to full-size off-road trucks, the ZR2 is about a foot narrower and 500 pounds lighter, enabling greater agility over obstacles and better trail access.

“It’s amazing what a difference a foot of width makes off road,” said Dickens. “The smaller size of the Colorado is a huge enabler for taking the ZR2 more places, and getting it through tighter spots than you could access with a full-size truck.”

The Yuma Proving Ground is located on 2,400 acres of land in southeastern Arizona. Opened in 2009, Yuma features a range of tracks, laboratories and courses.

Yuma Proving Ground’s new off-road course allowed the team to test multiple iterations of components on the ZR2 is a single day. These components were then tested a real-world facilities like Moab, Johnson Valley, and Rubicon to ensure the ZR2 is trail-ready right from the factory. 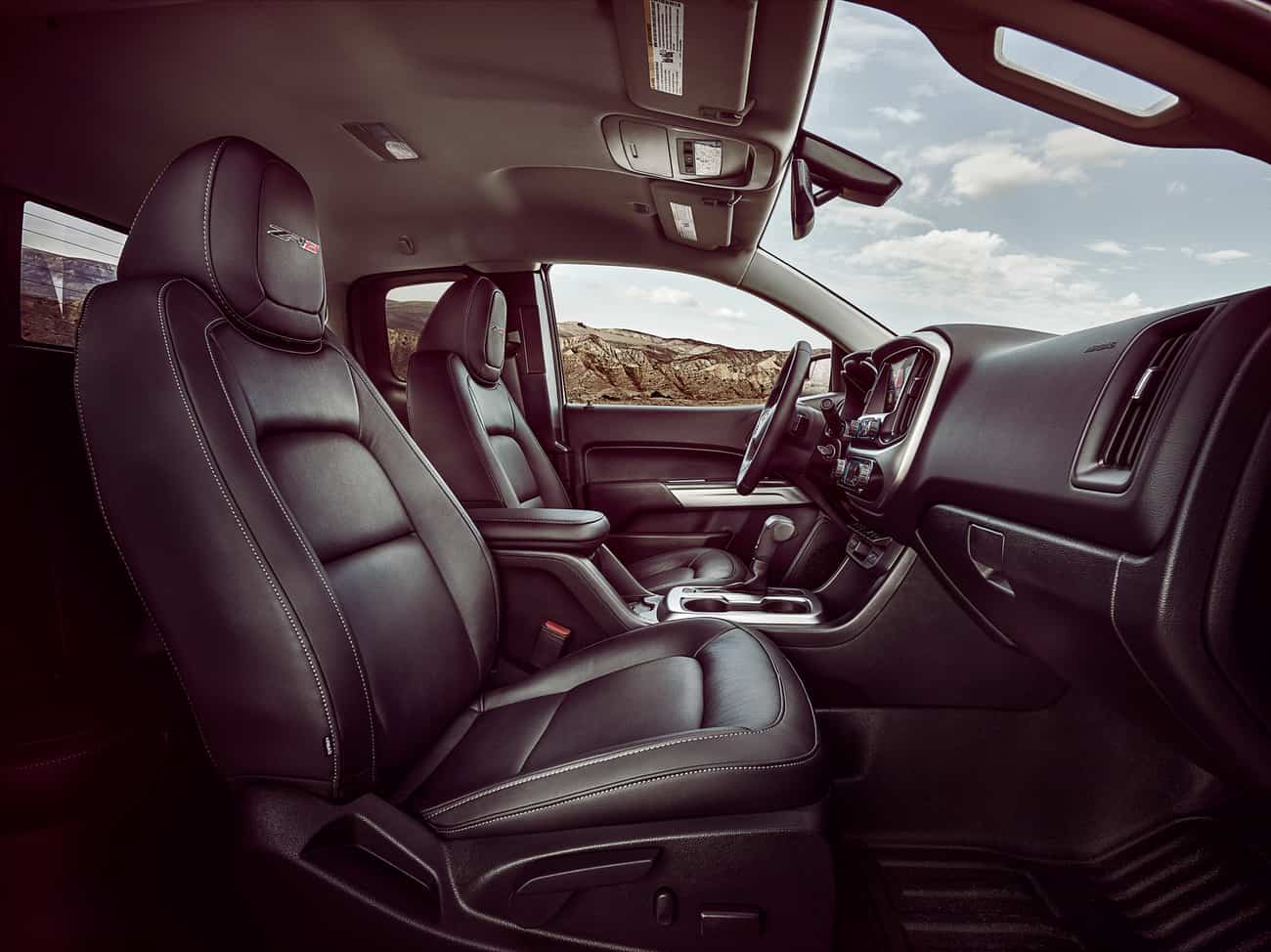 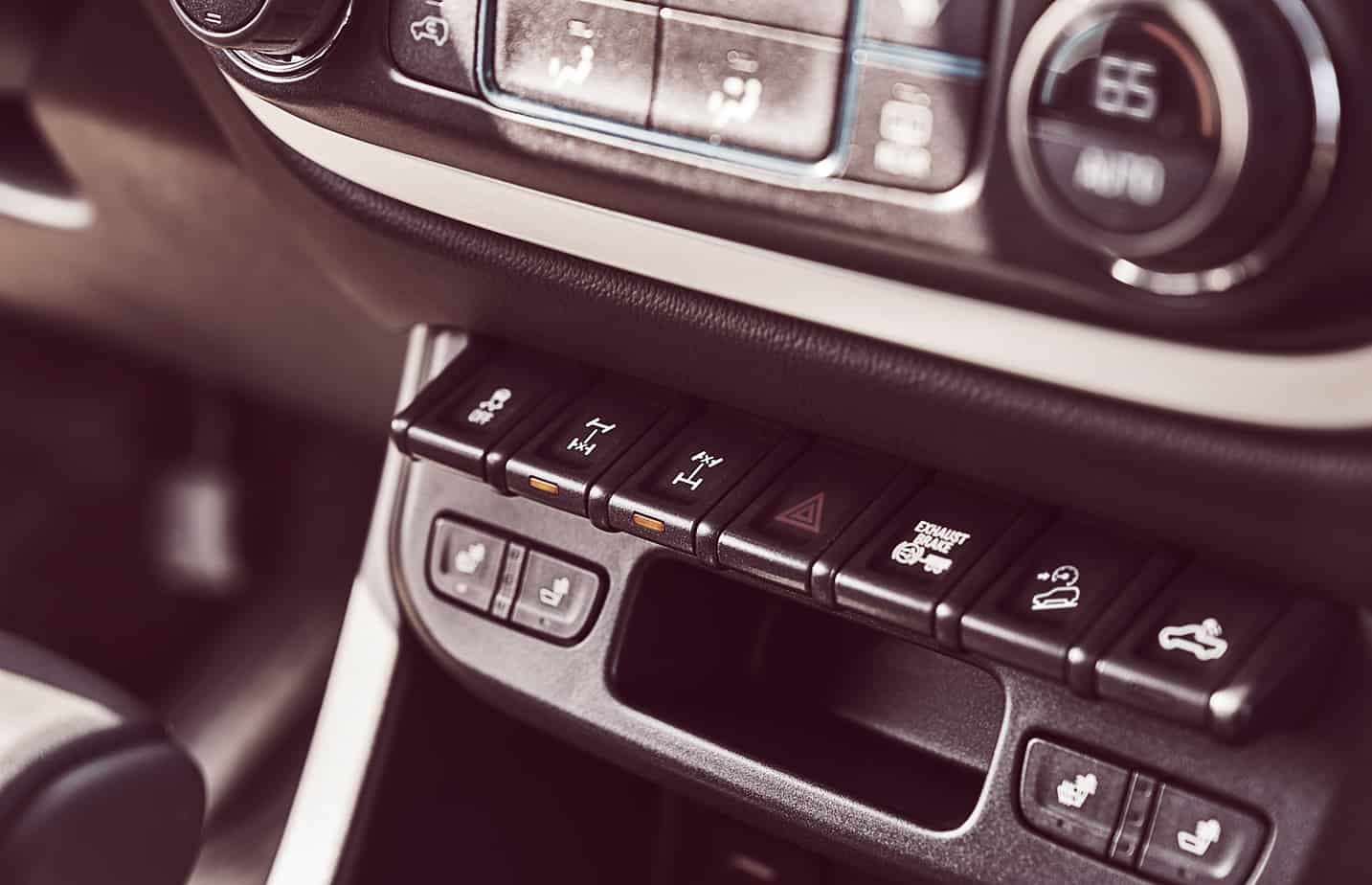 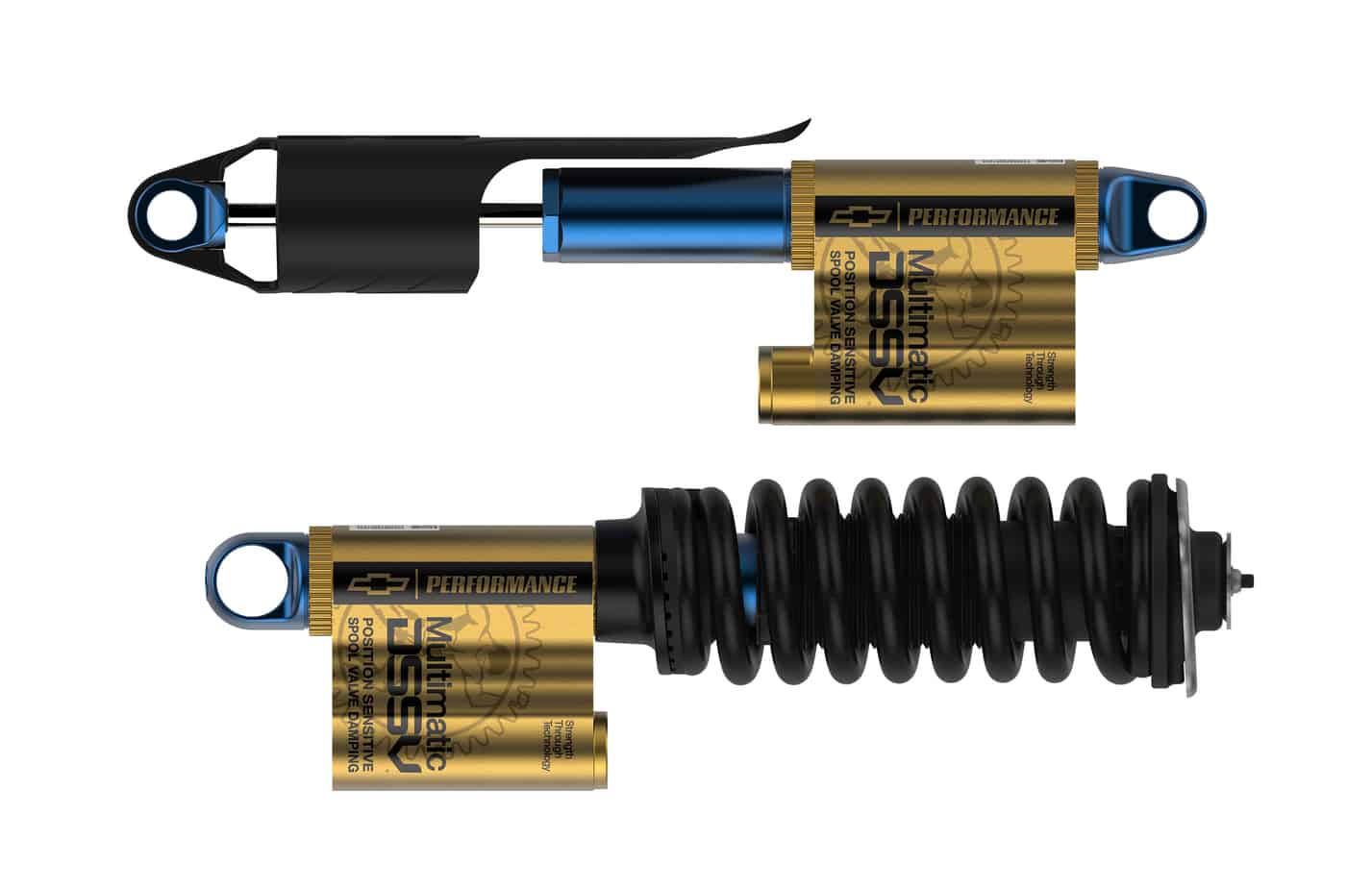