Press Release: A British team is attempting to drive 10,000 miles from London to Cape Town in less than 10 days to break the current world record, set in February this year, by more than 13 hours.

The attempt is being sponsored by Warranty Direct and will be raising money and awareness for charity Farm Africa.

They will aim to finish in Cape Town at the southern tip of Africa by 1600 SAST on Monday 14 October.

To cover the 10,000 miles in less than 10 days, the pair will need to maintain an average speed of 42mph, 24 hours a day. Sea and river crossings, delays on borders and fuel stops will need to be made up for, but without breaking each country’s speed limit. To cover as many miles in the day as possible, Robert and Stephen will drive around the clock with one resting whilst the other is at the wheel. 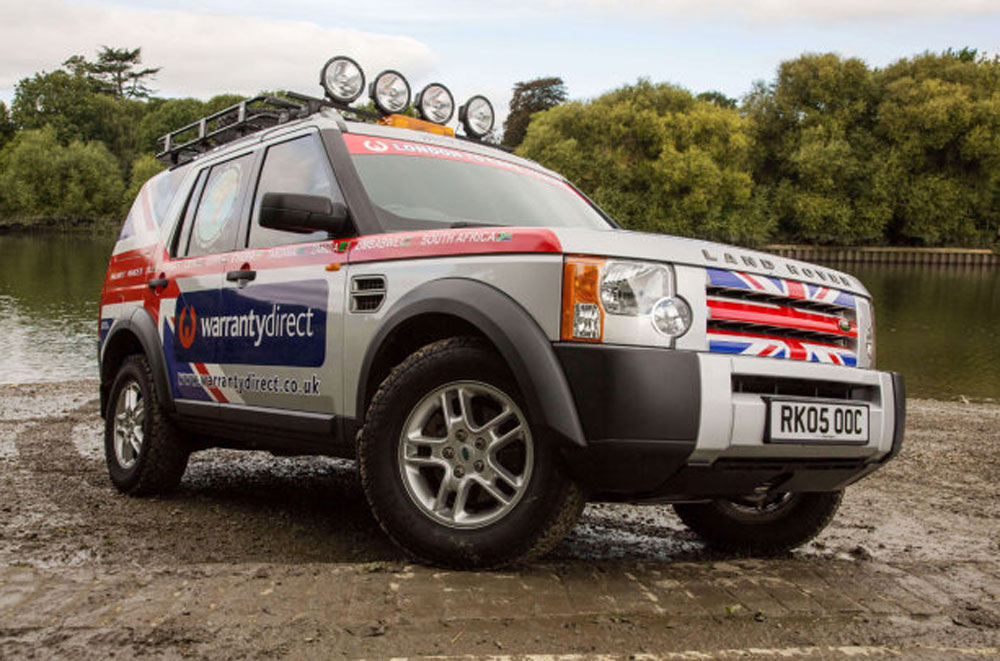 With little room for delays, the attempt will rely on any vehicle issues being resolved in less than an hour with swift passage through border crossings and a trouble-free drive through Libya and northern Kenya, an area renowned as ‘bandit country.’

While the majority of the route will be undertaken on standard ‘sealed’ roads, the pair will still need to navigate rough and bumpy terrain including hundreds of kilometres of ‘unsealed’ dirt roads as they head through central Africa.

Relying mainly on the Land Rover Discovery’s factory construction, a few modifications have been made to the vehicle including sump and undercarriage guards, chunkier tyres and four high-intensity lamps mounted on the roof. Extra fuel tanks will also give the model, powered by a 2.7 TDV6 diesel engine, a range of around 1200 miles between refuelling.

Driver Robert Belcher said; “Despite continuing improvements in Africa’s transport infrastructure, there are still countless issues that could arise on this journey. We’re driving through often volatile regions, areas where we could be seen as potential targets and border crossings can be notoriously slow processes that would cost us precious time. Not to mention if we have car problems then our attempt could be quickly scuppered.

“Having said that, we’re full of the spirit of adventure, we’re well prepared and are both very much looking forward to the challenge. This is an ambitious record to aim for, but we have every reason to believe we can achieve it.”

London to Cape Town by car is a journey that has attracted numerous adventurous drivers over the years.

The first attempt at the mammoth overland drive was undertaken 80 years ago in 1933 in a Morris Eight convertible driven by Brits Cameron Gilg and Walter Kay. The pair took 158 days to navigate a 13,000 mile route which started in Liverpool and included a treacherous crossing of the Sahara desert. Subsequent attempts at setting new records have been achieved on the 30th, 50th and 80th anniversaries of that first run.

The current record for the journey was set by Philip Young and Paul Brace in an 875cc Fiat Panda driving from Cape Town to London in February 2013. It took them 10 days, 13 hours and 28 minutes.

Previous record runs from London to Cape Town or Cape Town to London also include: