The 2020 Trophy challenge was held in New Zealand and hosted by Jocelin Snow and Shawn Thomas.

The BMW Motorrad International GS Trophy sees more than a dozen teams from all over the world. Riders are teams of three representing their country. Not a race, but a team competition, the Trophy attracts off-road riders to compete together in stages. Though still plenty difficult, the competition is less about speed and pushing limits, like the Dakar Rally. Winners tend to be teams who are best prepared, not fastest. The true test in the event is not only about riding skills but how the team members work together. 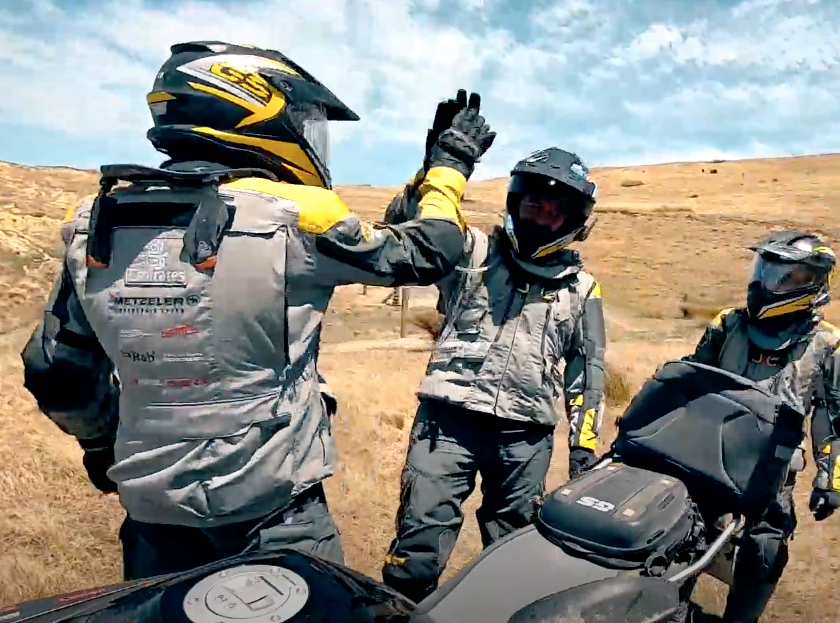 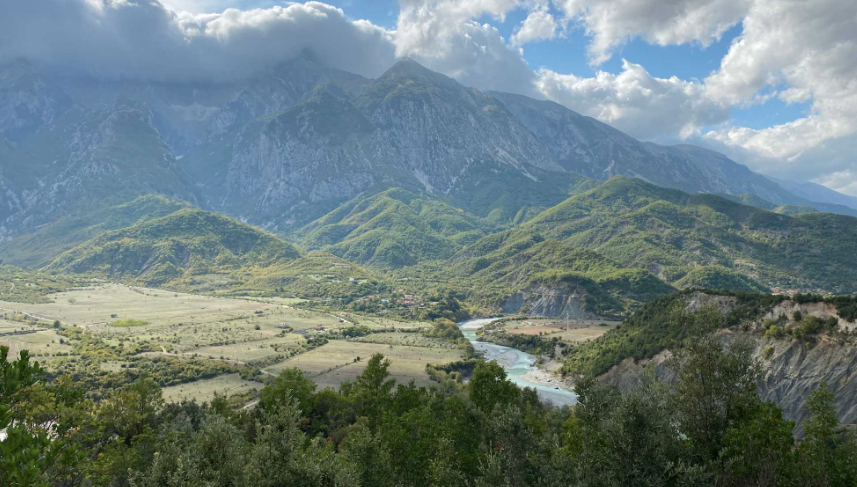 For more information, below is a press release from BMW Motorrad from January 14, 2021.

This press release is a 1:1 copy of the original issued by BMW Group headquarters in Germany.

Munich. “Explore the unexpected” is the motto of the eighth edition of the BMW Motorrad International GS Trophy, which will take place in late summer 2022.

On 14 January at 3:30 pm (CET) BMW Motorrad announced that the next Int. GS Trophy will take place in Albania – and thus in one of the last still largely untouched off-road paradises in Europe.

The participating nations look forward to exciting but also work-intensive times as they organize the qualifying events and select their teams for this unique adventure competition. 22 international teams and, for the first time, 6 international women’s teams will be selected in the coming months.

Qualification events for the int. GS Trophy 2022 Southeast Europe have been confirmed in:

One team can already look forward to participating in the Int. GS Trophy 2022. The Chinese Team 2020 received a wildcard because it could not participate in New Zealand due to the COVID-19 restrictions in force at the time.

Long competition days were the order of the day for the Oceania 2020 edition in the fascinatingly varied landscape of New Zealand. As Dr. Ralf Rodepeter, Head of Brand and Product BMW Motorrad, explains, Albania will offer qualified GS riders completely different riding environments and experiences: “After Tunisia, South Africa, Patagonia, Canada, Thailand, Mongolia and most recently New Zealand, BMW Motorrad was once again on the lookout for a location that offered the perfect “GS terrain”. Lots of legal off-road kilometres are required, with demanding route profiles and plenty of unknowns. Albania offers the ideal conditions.

Varied landscapes with high mountains, plateaus, deep forests, beaches along the Adriatic coast, fantastic river beds to cross and deep mountain lakes provide the ideal backdrop for what we believe to be one of the most exciting GS Trophies ever staged.”

The small Balkan country with its very hospitable people is still a real insider tip and one of the last off-road jewels in Europe.

Albania was very isolated right up into the 80s and it was not until 1990 that the Albanians were allowed to vote freely for the first time.

The country has been a member of NATO since 2009 and an EU candidate country since June 2014.

Albania is slowly opening up to tourism. Especially the narrow coastal strip of the Adriatic Sea attracts many visitors in summer. However, two-thirds of the country is covered with mountains and the backcountry, in particular, is sparsely populated.

The coastal region has a Mediterranean climate with a continental climate in the hinterland.

Albania is a country of contrasts from the Middle Ages to the modern age. Castle ruins and fortresses line the roads and tracks everywhere. The small towns are steeped in a mysterious atmosphere and often you don’t have to travel long to feel far removed from the modern world.

A lot of construction work is going on, yet nature is taking back roads and paths just as quickly. Only a few major roads connect the north with the south and the east with the west.

The hinterland is criss-crossed with extremely narrow, winding roads and dirt tracks, which call for a very good riding technique. You will always be in for a surprise around the next corner never knowing whether the road will continue or simply stop.

About the International GS Trophy.

The International GS Trophy is an event that celebrates the “spirit” of the legendary BMW GS models. It offers everything that a GS motorbike was made for: Riding fun, adventure, and challenges. The Southeast Europe Event 2022 is the eighth edition of the International GS Trophy. Previous editions were held in 2020 in Oceania (New Zealand), 2018 in Central Asia (Mongolia), 2016 in South East Asia (Thailand), 2014 in North America (Canada), 2012 in South America (Chile, Argentina), 2010 in South Africa (South Africa, Swaziland, Mozambique) and 2008 in North Africa (Tunisia). In the current edition, 22 teams compete with 60 riders from all over the world. The field of riders is accompanied by the GS Trophy Marshals, media representatives, doctors, sponsors as well as a photo and film crew.

The International GS Trophy is not a race but a team competition in which an international line-up of off-road enthusiasts compete together in various special stages. Not all of these tests are purely designed as riding tests. It is also about knowledge and teamwork. As the competitors spend a lot of time together and also sleep in bivouacs, this adventure event also promotes a feeling of togetherness. It is not uncommon for friendships to be made here which last a lifetime. In this way, the GS Trophy connects people, cultures, and motorcyclists from all over the world in the same way as the GS motorbikes do.

Based on the experience of the past GS Trophy events, the most successful team will be the one that prepares the best, has the best teamwork and rides most skilfully, while having heaps of fun and enjoying the great feeling of international camaraderie.

In subsequent press releases, BMW Motorrad will provide details of the GS motorcycles which will be used, the equipment that will help the participants master the event and more information on the participating countries and selected teams. BMW Motorrad will be offering a multi-channel media experience during the event, details of which will be published shortly. This will include social media postings and regular messages in written form as well professionally shot and edited video summaries for every day.
For now, you can find out more about the event and the teams on the dedicated website gstrophy.com.

Right after the BMW Motorrad International GS Trophy 2022 Southeast Europe has finished, BMW Motorrad will once again be offering the “Follow the Trails” tours, where customers can follow in the footsteps of the competition on original GS Trophy motorbikes.

You will find further press material on BMW motorcycles and BMW Motorrad rider equipment in the BMW Group PressClub at www.press.bmwgroup.com.

With its four brands BMW, MINI, Rolls-Royce and BMW Motorrad, the BMW Group is the world’s leading premium manufacturer of automobiles and motorcycles and also provides premium financial and mobility services. The BMW Group production network comprises 31 production and assembly facilities in 15 countries; the company has a global sales network in more than 140 countries.

The success of the BMW Group has always been based on long-term thinking and responsible action. The company has therefore established ecological and social sustainability throughout the value chain, comprehensive product responsibility and a clear commitment to conserving resources as an integral part of its strategy. 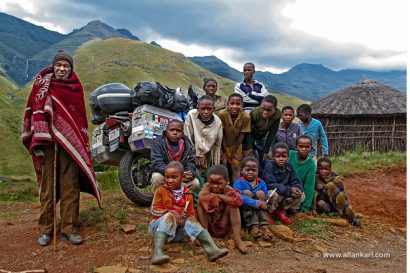 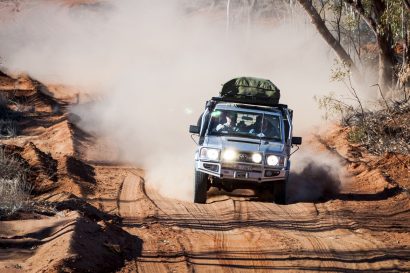 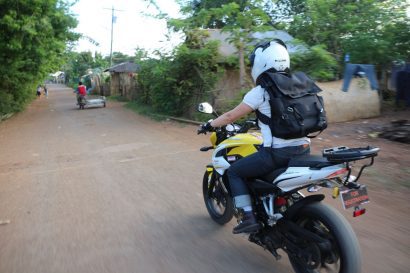