Most English speakers are familiar with the cliché ‘my blood ran cold’. It occurs to me that for such a phrase to get worn out, many writers had to have been in situations where they were impaled to the spot by terror, rigid with fright, or paralyzed by indecision. Still as bone-old as it may be, I can find no better words to use to describe what I endured on the first night of my solo trans-Kalahari expedition.

From the time I departed my home to my arrival in one of Africa’s loneliest places, the idea for a solo expedition was less than a year old. Still. I had got used to the idea of ten days in an area where it was possible and, in a strange way preferable, not to see any other human life.

The Central Kalahari Game Reserve, located in Botswana in Southern Africa, is one of the world’s largest conservation areas. There is one main, rough and sandy double-spoor track through the reserve. From it, more tracks lead to remote shallow valleys with names like Sunday Pan, Deception Valley, and Pipers Pan. The landscape is mostly flat, with sparse bush scrub, or lonely tree islands, which draw one closer with the promise of shade. 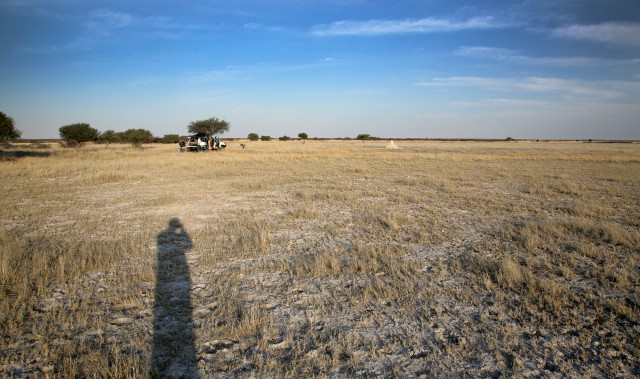 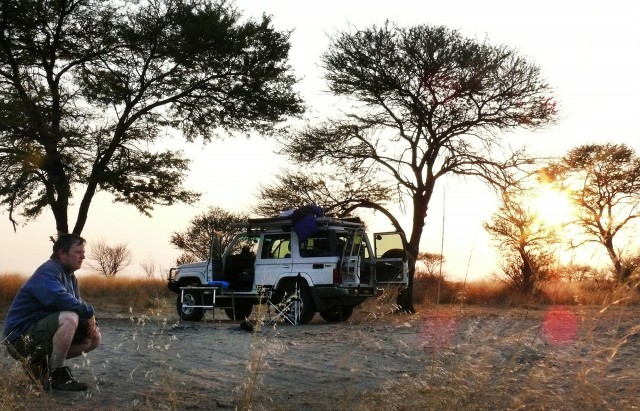 After a struggle through traffic in the capital Gaborone, and another four hours on rough gravel as I headed west, I entered the southern portion of the vast, empty Central Kalahari. Mid winter and in the middle of the week, I was alone. I drove a further 20 miles from the entrance gate to ensure privacy because I was eager to find out what being totally alone in the wilderness would feel like. I was making a TV show of my expedition, but this time I would have no help. I would have to do everything myself, including filming myself telling the story.

The first sensation of being isolated was a strange one. No matter what I did, I couldn’t shake the feeling that I was being watched.

Dusk settled over my campfire and frying pan, in which a shop bought lasagna, pulled from the fridge, lay steaming. Soon, belly satisfied, I pulled out my laptop to write. Now obsidian blackness wrapped around me like a cloak. Sitting in the silence, the rustling of my shirt became deafening, drowning out all night sounds—of which there were none. No birds, no wind, and no insects cheered the air. I sat motionless in my camp chair, listening to the blood pumping rhythmically through my ears.

Then a lion roared.

And this is where the English language fails in its descriptive duty.

My vehicle doors were all open. I hadn’t yet tidied up or organized the vehicle for the night. I had not packed cameras away or even closed the tail-gate. And here was a lion. Now, a lion’s roar can carry for tens of miles across the savanna. But this one hadn’t. I know that for a fact because if you can hear it breathing , it’s not miles, but feet away from you.

Fear induced indecision passed and my blood started flowing again—with it, the strange instinct of the storyteller kicked in. I grabbed my video camera and ran the tape. Even now, I marvel at how odd it was that my first reaction was to ‘roll tape.’

But instinct refused to be denied. It screamed me that whatever happened, even if it was only the sound track that was usable, the events I was capturing would be significant. And I was right. My wide-eyed, adrenaline spiked hysteria was to become the highlight of the entire series. Not to mention my twenty years of travel writing in Africa.

Watch the video now. This is part-1

Unless you just can’t resist the temptation, I recommend not reading further until you’ve watched the first video. 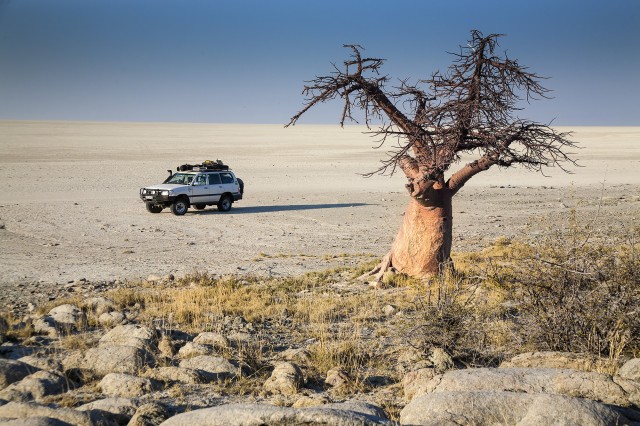 My second attempt at crossing the Kalahari alone came a year later. (If you have not watched the video, as suggested, after the lion incident, I had a catastrophic tire failure) When I returned home, I had researched the reason for that tire failure and, while I had yet to come up with a sound conclusion as to why it had happened, I was not going to trust that brand a second time. As a result of the video, I have received hundreds of theories ranging from the stupid to the down right sensible. So I chose BF Goodrich ATs for the second attempt. I am still running BFs even today.

My second attempt was successful and infinitely satisfying. So satisfying, in fact, that I have since done numerous other solo trips across southern Africa.

What I learnt from both these expeditions is that solo travel offers an unsurpassed, memorable experience—not to mention a great sense of accomplishment. While I would not recommend any first attempt to be as ambitious as mine was, do give it a try.

My advice to anyone wanting to travel solo:

Finally, I have to share the most troubling, but also the most delightful part of being totally alone in a wild place: I call it benign insanity. When you start speaking to yourself —and expecting someone else to answer, or telling yourself bad jokes—and laughing at them, then perhaps it is time to head back to civilization. Enjoy the next video, which will tell you more of what a lone traveler can expect.

Watch the video now. This is part-2. 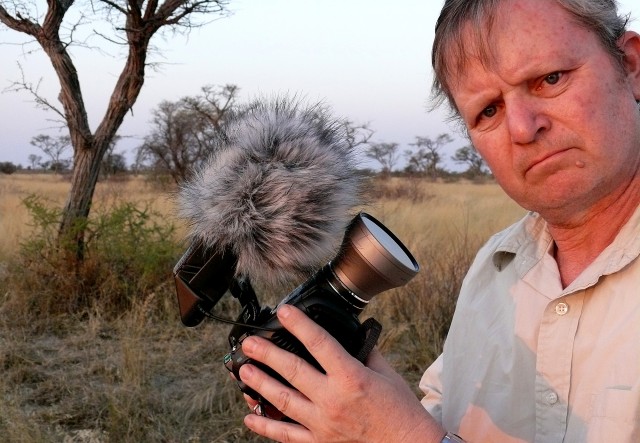 More of Andrew’s videos can be found on 4xOverland.com