Everyone likes to celebrate longevity, and Black Dog Cycle Works (BDCW) is no exception. This month marks 15 years in business for the company that began accumulating admirers with their very first product, the Ultimate skid plate for the KTM 950 Adventure. A friend of mine rode that combo on the Great Divide route and many other difficult trails. The bike let him down a few times, but the skid plate never flinched at the abuse it was given. Black Dog co-founder Kurt Forget tells us why: “Our skid plates are engineered to take a beating and protect motorcycles while ensuring the rider makes it home after navigating the most difficult terrain imaginable.” 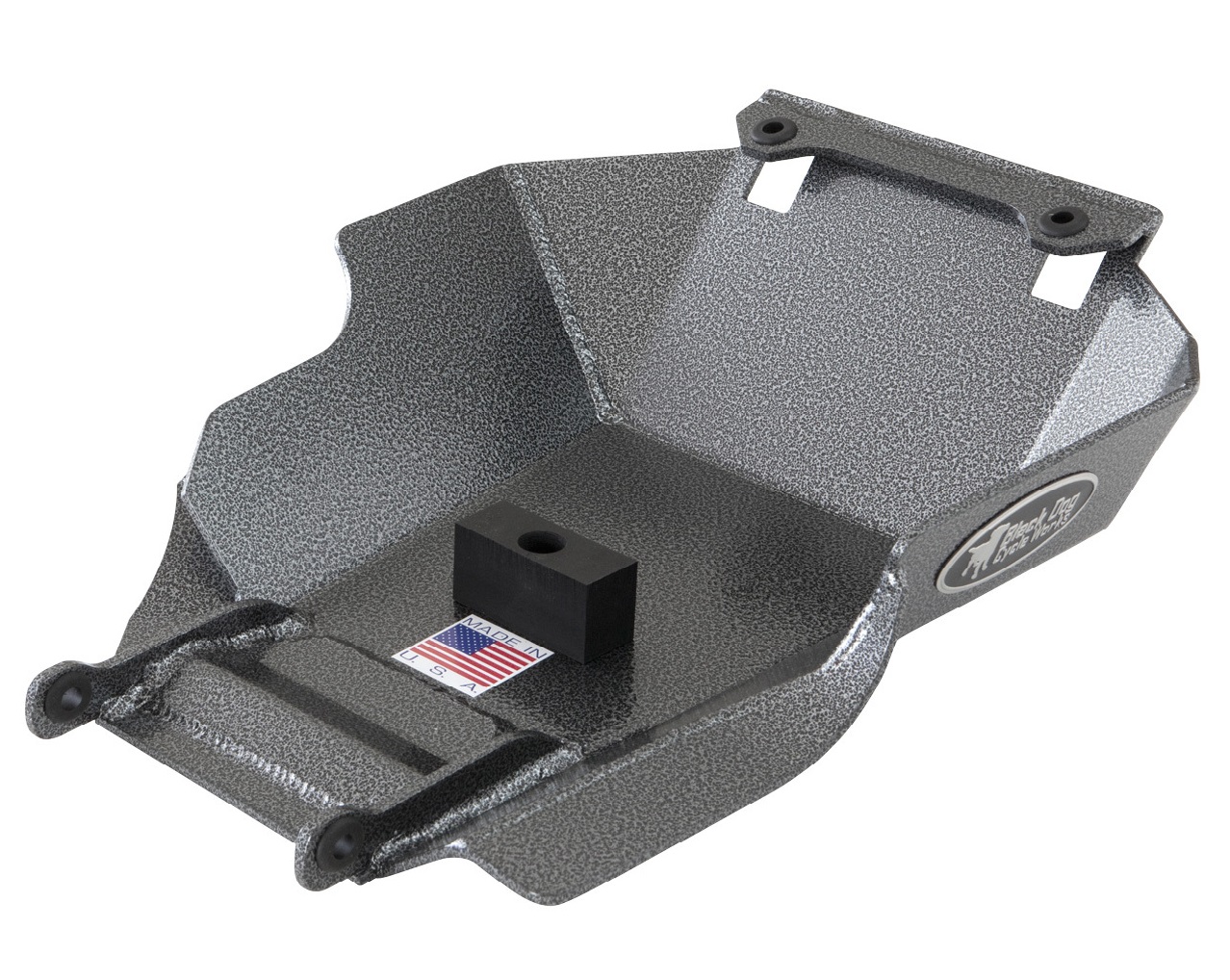 Caption: The skid plate that started it all for Black Dog Cycle Works embodies the no-compromise protection ADV riders were searching for when it hit the market. We have tested these skid plates on our project KTM 950, including crossing the infamous Trans-America Trail with one.

Black Dog’s initial success led to quick growth, and owners Kurt and Martha Forget were soon offering more products, to the tune of 400-plus from 50 brands within their first year in business. Tapping into BMW’s expansion of the GS line in 2009 was BDCW’s next big move, which meant creating accessories for the Beemer line of parallel twin GS machines. The Black Dog catalog expanded again in 2012 with the introduction of Platform Traction footpegs. These grippy foot supports are larger than most to increase comfort while standing and sit lower than stock pegs to improve control. 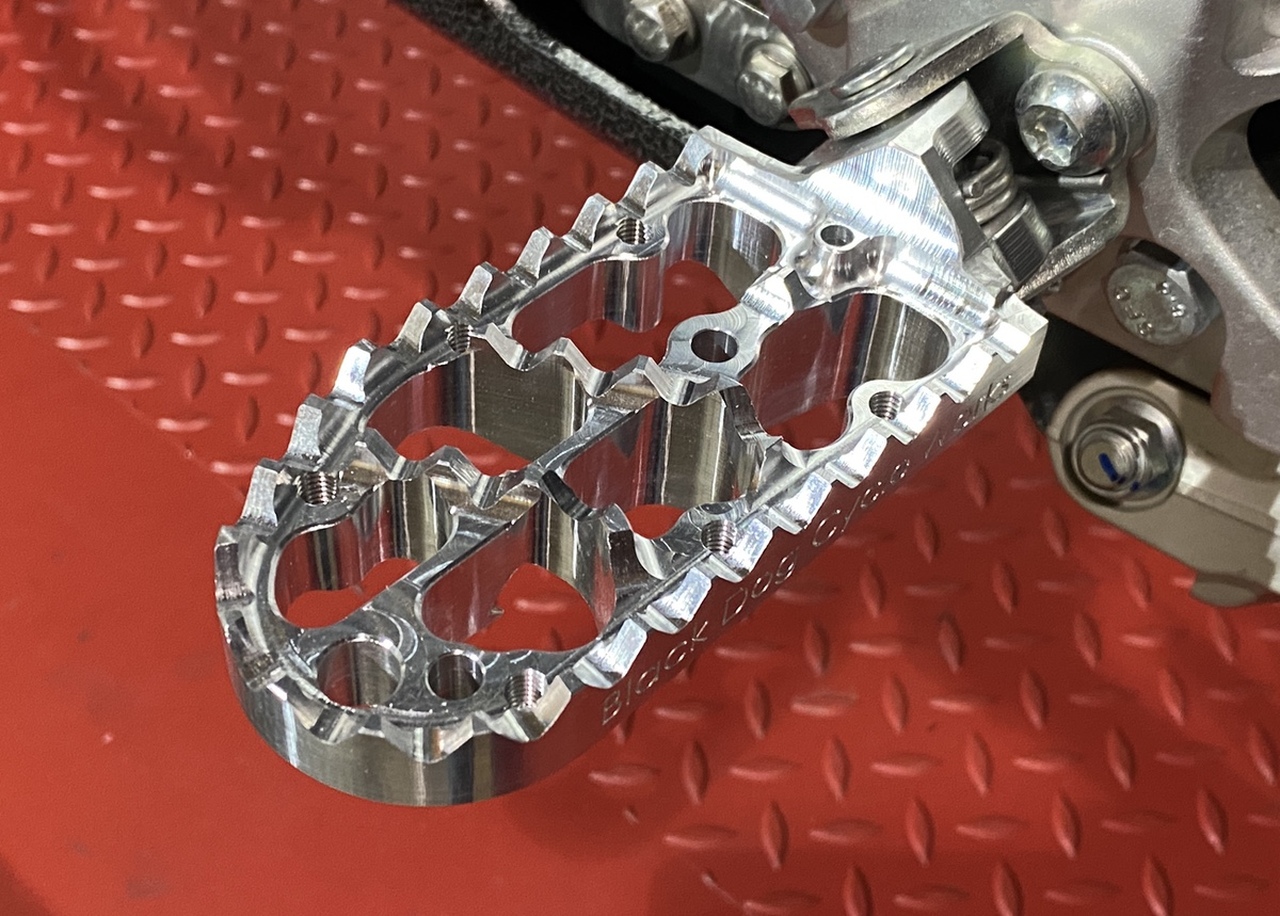 Caption: Super big, super grippy, with large open areas for clearing mud and debris, traction pegs are available for many adventure bikes, including models from Honda, Yamaha and Triumph.

Black Dog’s hallmarks of design creativity and brute strength construction have certainly been a boon to the company, but it is the Forget’s commitment to quality that is most important to them. According to Martha, “When we started Black Dog, we discussed what was going to set us apart from other manufacturers. First, we wanted to make the best products possible and manufacture them here in the U.S. It was a decision specifically designed to support our local and national economies and demonstrate that ‘Made in the U.S.A.’ means ‘The Best Quality.’” Headquartered in the small Idaho town of Sandpoint, they found plenty of skilled professionals to help them meet that goal. She continued to explain two additional goals: “Second, that we would stand behind our products to ensure that our customers are happy. Third, that we would strive to provide first-in-class service. We are proud of having met or beat all three standards, which we feel is why we’re here celebrating 15 years!” 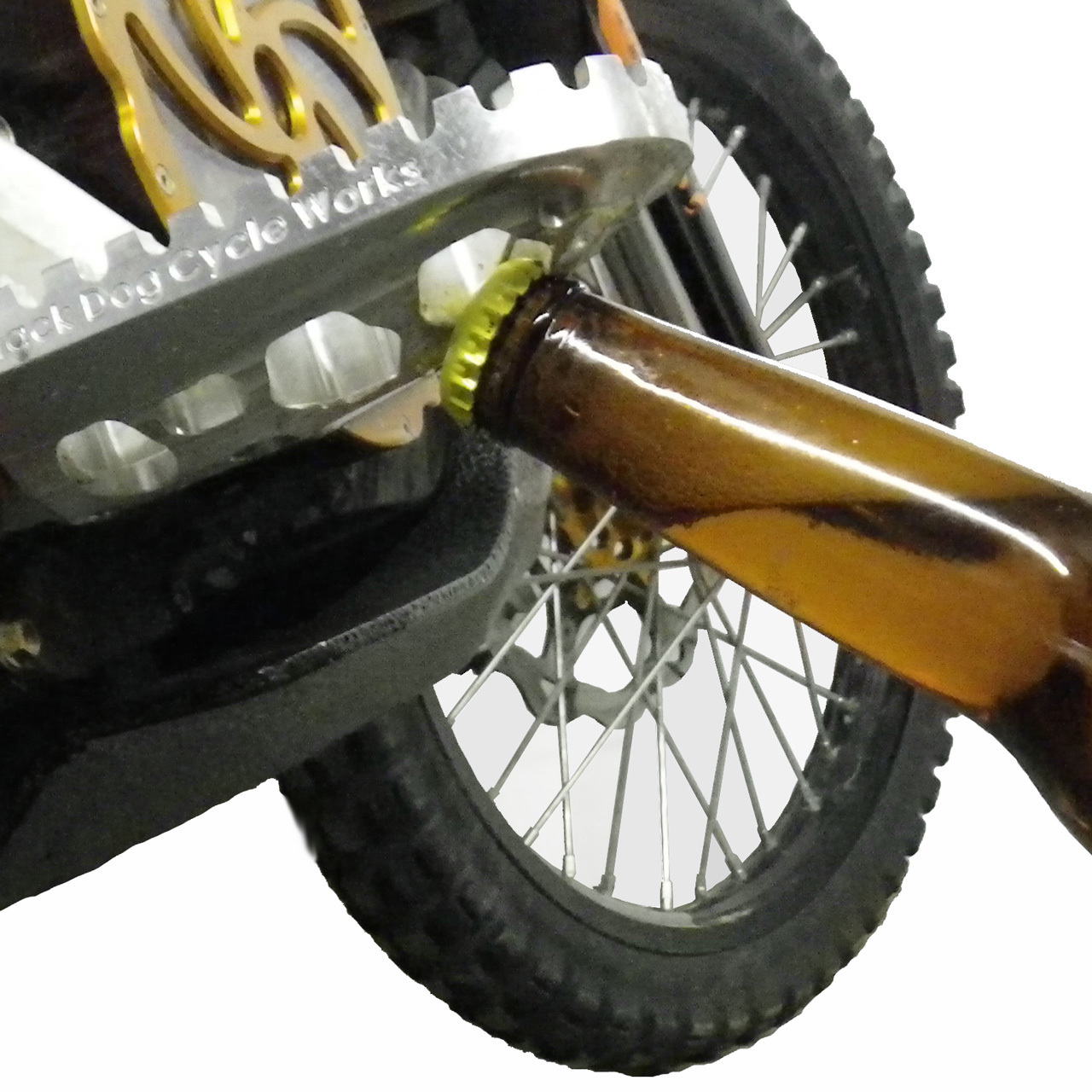 Caption: BDCW foot pegs include a bottle opener on the bottom—a nice backup if your Swiss Army knife went missing when you pitched off in that last river crossing.

The Forgets didn’t get this far in 15 years by resting on their successes, so anyone coveting a 2022 KTM 1290 Super Adventure, Husqvarna Norden 901, or Harley-Davidson Pan America should know that Black Dog will soon be offering skid plates, racks, and pegs for these new ADV mounts. Some parts are already available. Check out their products at blackdogcw.com and help them celebrate their anniversary. 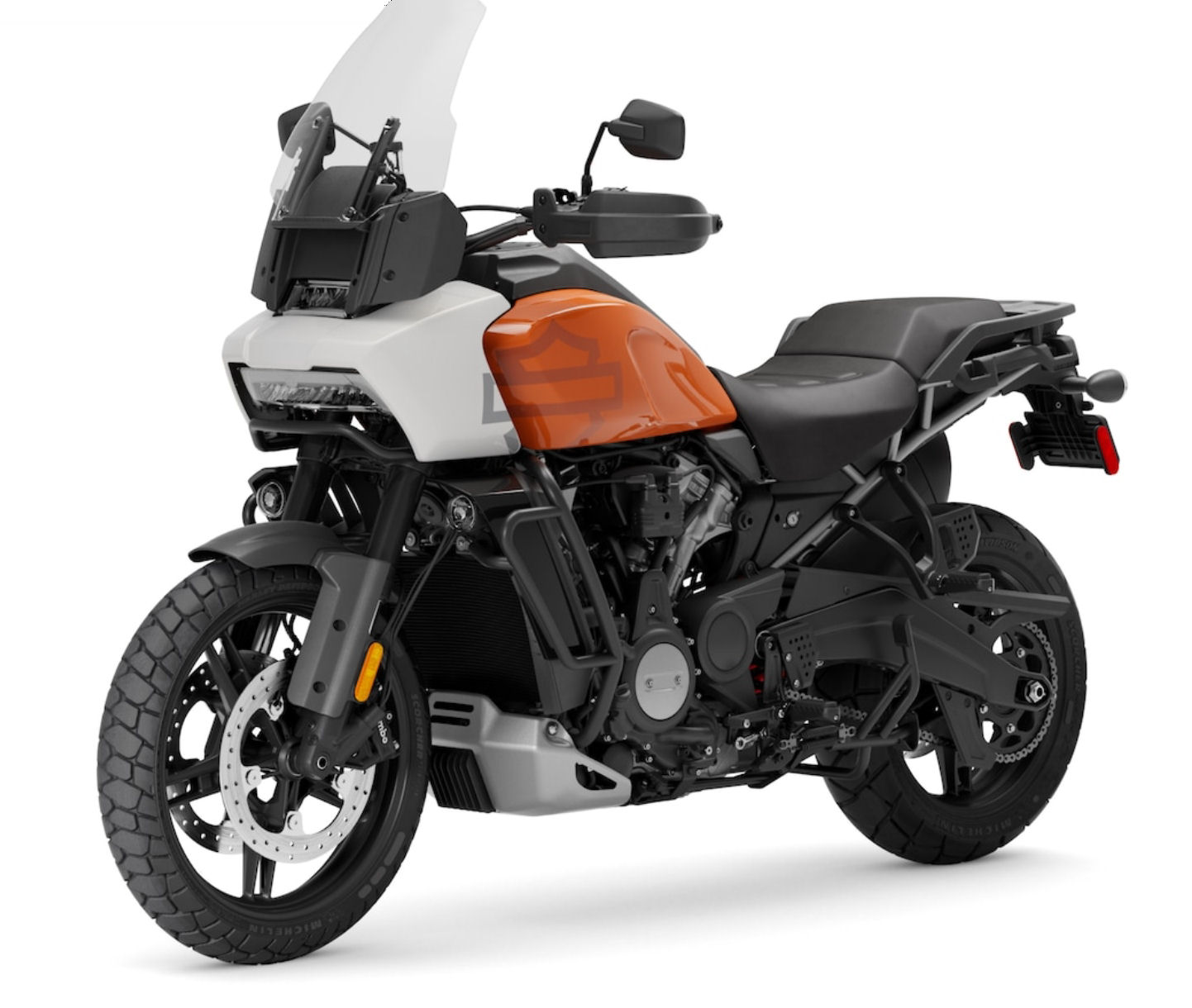 Caption: Coming soon to your HD Pan America, an Ultimate skid plate and other heavy-metal accessories to rock your ride.

BDCW is offering a 15 percent discount on Black Dog products from March 21-27 to celebrate their anniversary. And for the remainder of March, you can score a 15-year anniversary T-shirt for only $5 with your order, plus get a free commemorative keychain. Claim your discount with coupon code BDCW15yr at blackdogcw.com.

Arden has been riding loaded dual-sports and adventure bikes into the backcountry since high school, following a single goal of camping in the middle of nowhere. With stints as a whitewater river guide and National Park Service seasonal in Utah behind him, Arden favors the red rock country, but also enjoys the Mojave Desert and wide open spaces of Nevada. Based in Santa Barbara, California, he has shared stories of his adventures, as well as tests of motorcycles and accessories, in print and on the web for the past 25 years. In that time he’s worn out two Kawasaki KLR 650s and is currently stirring up the dust on his BMW F 800 GS and Suzuki DR-Z 400S.