As we look back at nearly eight years of full-time, vehicle-based travel, we consider ourselves fairly experienced travelers. So it’s embarrassing to admit we make rookie mistakes from time to time. We should know better.

Over the past weekend, we completed a whirlwind but magical tour of La Huasteca Potosina, a tropical region in interior Mexico known for its waterfalls, turquoise waters, and colorful textiles. 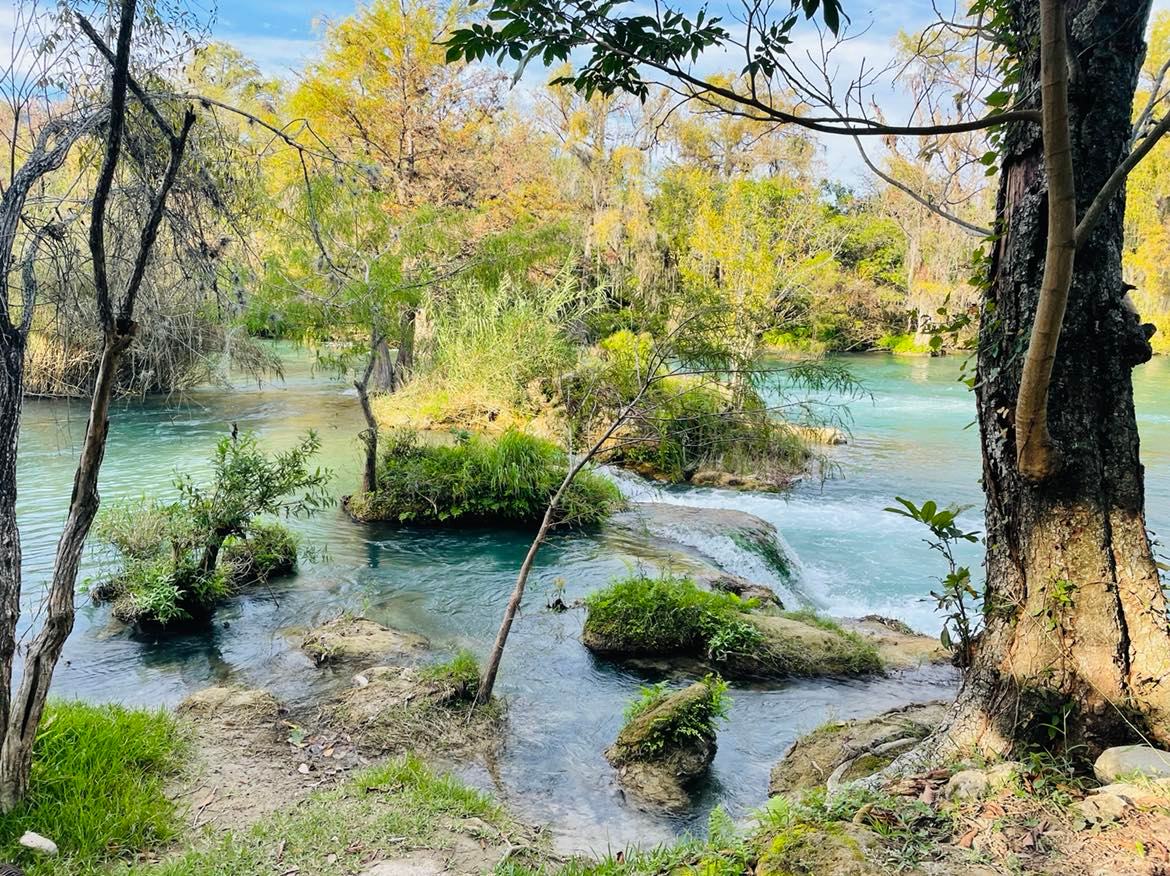 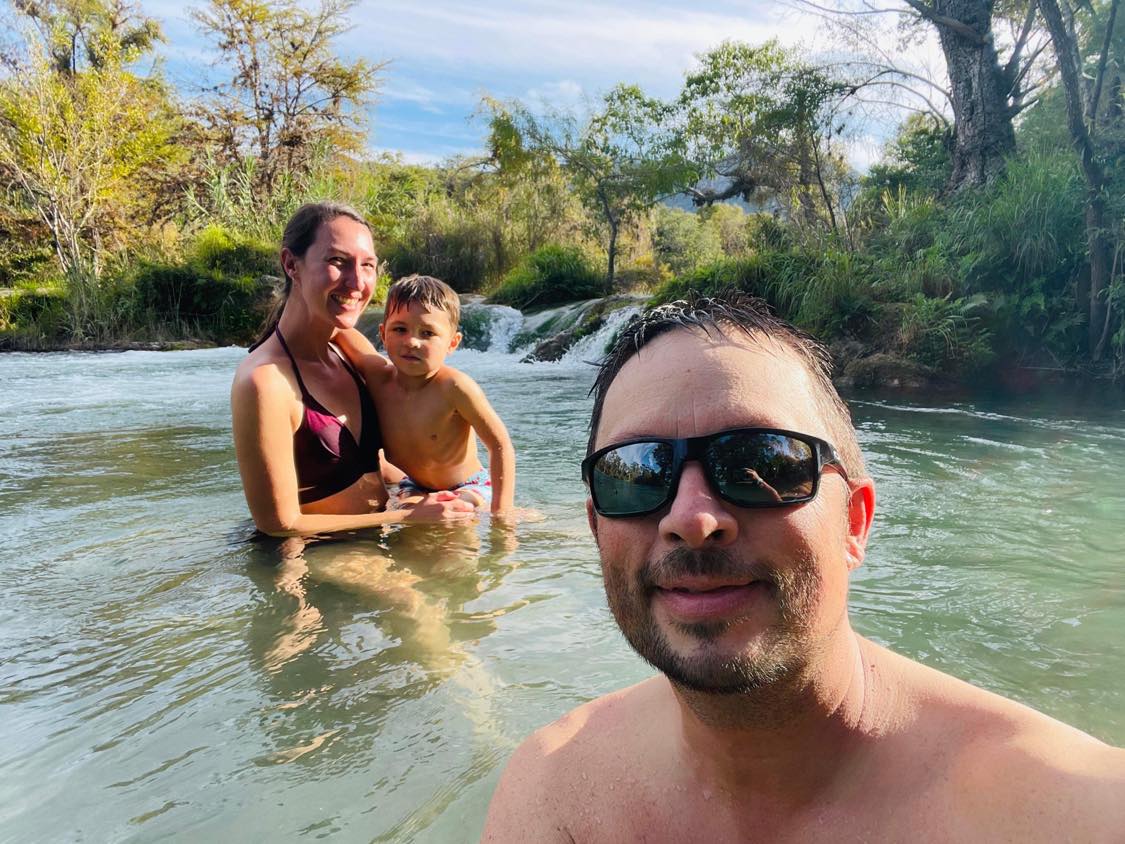 Maybe it was because we were rusty after being off the road for a month, or perhaps we were complacent after our extensive travels. Whatever the case, we committed a collection of missteps, one after the other. These missteps could be called epic fails, but that would be too embarrassing.

For your entertainment and our mortification, here are the travel missteps we could have avoided:

1/ Not consulting a map when receiving directions

Believe it or not, Google restaurant reviews are still a thing deep in the middle of Mexico. But locals always know the hidden secrets you can’t find on the internet.

So it was natural for us to ask our campground hostess where we should eat breakfast in preparation for a day of outdoor adventure. We were staying near Cascadas de Micos, an area featuring beautiful waterfalls, a big cat sanctuary called Selva Teenek Ecopark, and an adventure park within walking distance. We hoped to visit both that day.

“Take the first right,” our hostess instructed. As we left the campground, we walked past that first right, continuing to the main road. We assumed the dusty track couldn’t possibly be the correct way to go—any eateries had to be located on the thoroughfare. Right?

Nearly two miles later, we were footsore, and the cool shade of the morning had dissipated. The thoroughfare yielded nothing but perilous drivers, a restaurant closed for renovation, and another restaurant that was just closed. As we pulled out Google Maps and tried to decipher where we had gone wrong, the answer became clear. When the lady said, “first right” that’s what she meant.

The proprietor of a snack stand tried to help us. “There’s a bus that comes through here once an hour.” Our day of adventure was expiring quickly, so he went to plan B. “Follow me,” he said, walking back down the road the way we had come. He pointed out a stairway we hadn’t noticed on our way past, which led down a steep hill in a series of switchbacks.

Down we went, to the promise of food at the bottom. There was no way we were walking back up, so we hoped for the best.

Yes, there was food at the bottom, but we had stumbled into a resort area with a ticketed entry. From what we gathered, the vertiginous staircase was something of a local secret. Fortunately, there was an alternate exit that didn’t require going up 10 stories of stairs.

At the exit was a dirt parking lot. And there, in all its glory, was the recommended restaurant we’d been looking for! It had taken us two hours to get there. And it was closed.

Thankfully, we found food next door. If only we had consulted Google Maps at the same time we were talking to our campground hostess. She could have pointed out the restaurant, and we could have walked there in 15 minutes or less. 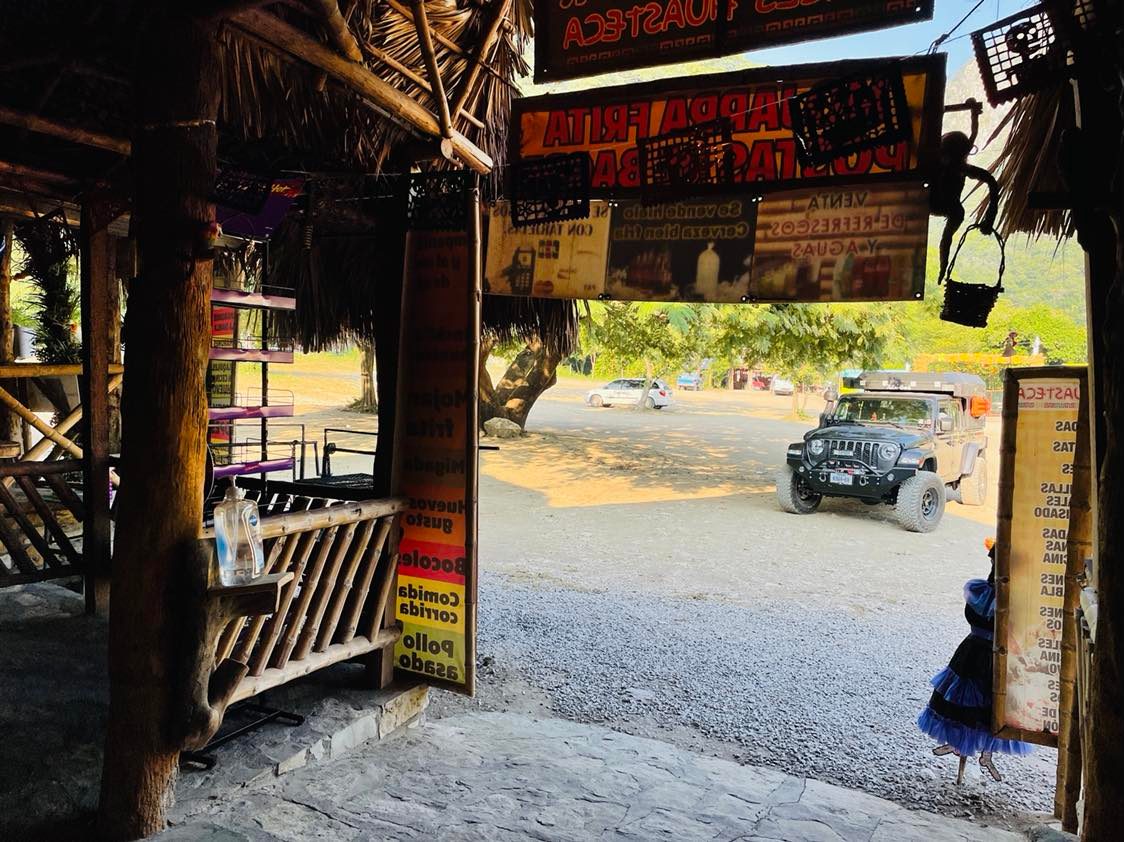 2/ Not using bug spray before entering a jungle at twilight

Gluttons for punishment, we attempted to resurrect our day after resting at camp a short time. I was sore about not making it to Adventureland, where I had planned to ride the Skybike across thin air and over a waterfall.

Even though I couldn’t do my thing, I wanted my son Caspian’s wish to be fulfilled. Ever since Caspian learned about Selva Teenek, he’d been hoping to visit. His newest “lovey” (stuffed animal) is a cougar from Rocky Mountains National Park, and his favorite one from babyhood is a lion rattle. So he’s pretty into big cats.

Here’s where we made our second major misstep of the day. Even though we knew the sanctuary was nestled in a canopy of trees, and even though it was 4 p.m.—nearing twilight—we somehow managed to forget the bug spray.

It isn’t as though we don’t own bug spray. Au contraire, we own many bottles and carry them in the Jeep at all times. Nope, we just didn’t use it.

There we were, up close with a jaguar, puma, wide-eyed tigrillo (oncilla to English speakers), Mexican white-tailed deer, and coatis, and we were being eaten alive. I cannot overstate how many mosquito bites I received, all the while feeling completely foolish for neglecting such an essential element, especially given our tropical surroundings.

I have no defense, other than I was tired and feeling defeated about the day in general. We all tend to make poor decisions when we’re tired, don’t we? 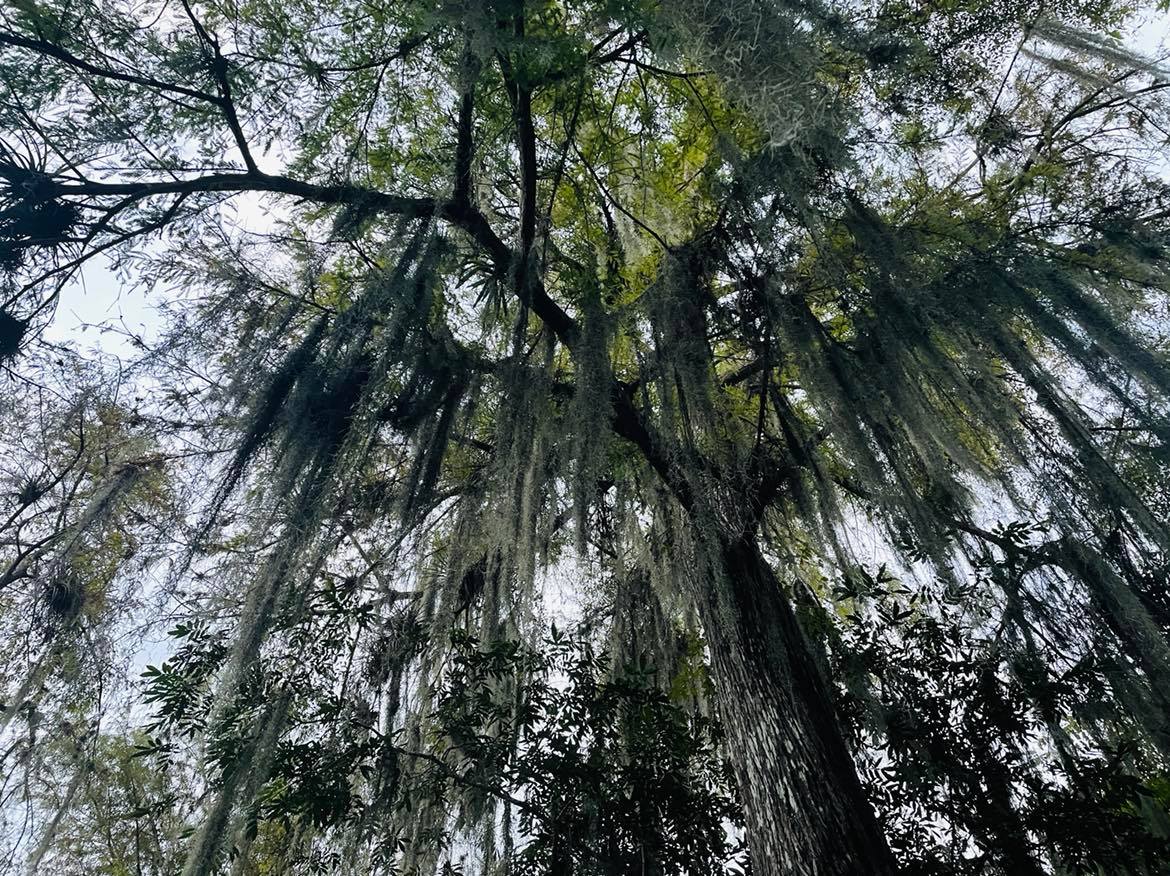 3/ Not taking rain gear before a torrential downpour

Two days later, we had moved 110 kilometers south to the village of Xilitla, still within the La Huasteca region. Through a local photographer, we snagged last-minute tickets to see Las Pozas, the famous surrealist sculpture garden created by the eccentric Englishman Edward James. Though we don’t typically take the tourist-trod path, this was a landmark I couldn’t miss.

At 1:30 p.m. to the minute, the time our guided tour was scheduled to start, it began to rain. Undeterred and feeling the allure of the Indiana Jones-style stone structures around us, our group started up the slickening path with excited chatter. 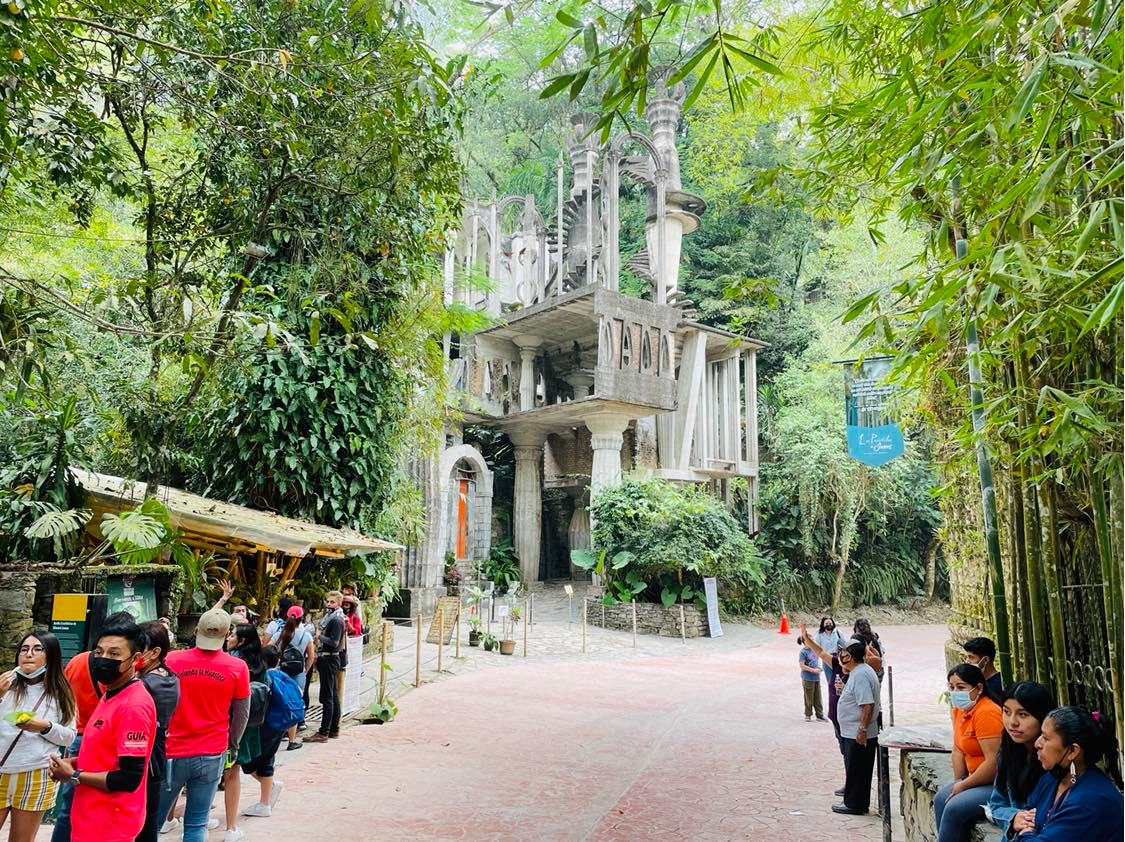 Near a picturesque waterfall and near-replica of the English crown—in stone and oversized—we took shelter beneath an overhang. By the time we had wound through a moss-covered path to the next place of concrete refuge, the heavy drizzle had progressed to a downpour. As the thunder seemed to clap directly over our heads, my four-year-old looked to me for reassurance.

Soon joined by another panicked tour group, we huddled together and attempted to wait out the storm. But it seemed unending, so we decided to make a run for it.

Our organized and sophisticated tour disintegrated. I was soaked to the skin, forcing myself to look through sunscreen-flavored raindrops coursing down my face toward this wonderful garden I’d wanted to see for so long.

The group members maintained their composure and faced the unwanted tumult with a sense of humor—all but one. Caspian, the youngest person in our group, was losing his grip. “I can’t believe this. I never want to do this again,” he proclaimed, in his most dramatic tone befitting a Shakespearean troupe. 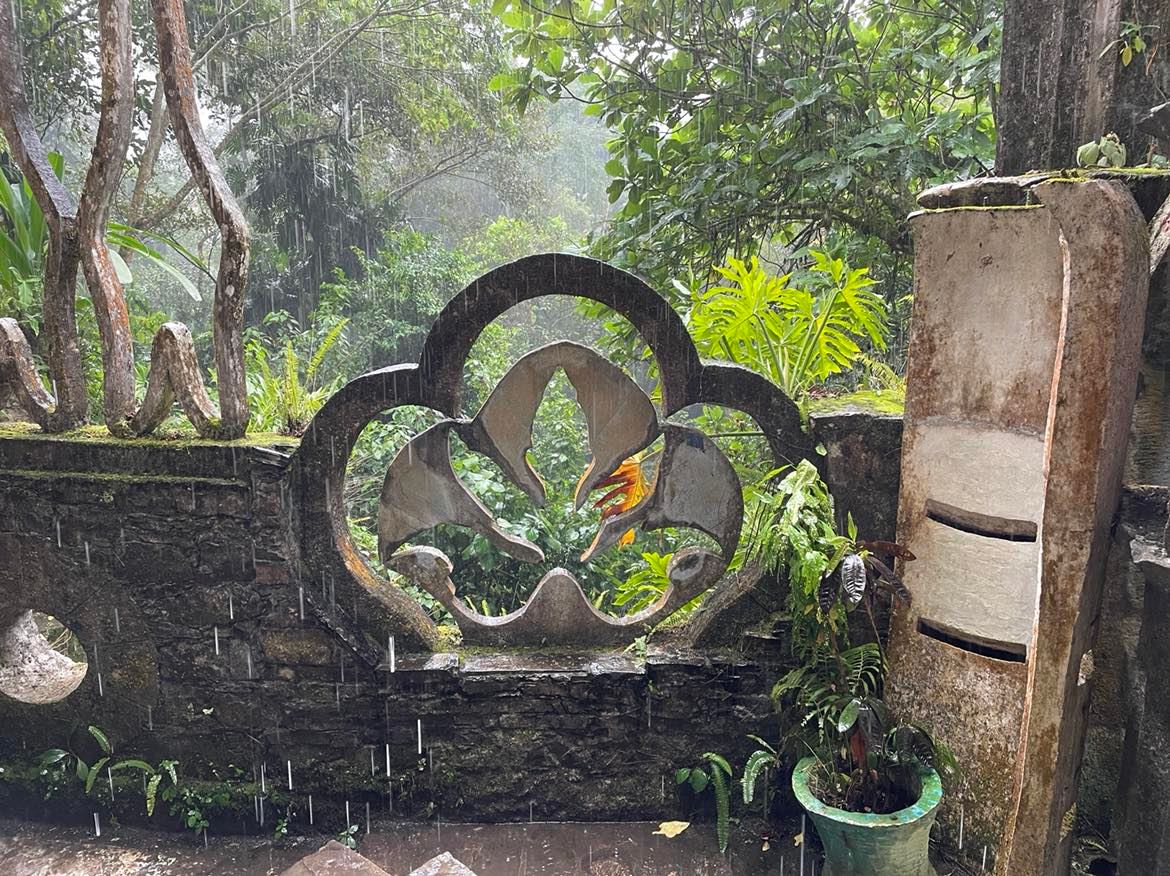 I couldn’t blame his dismay. Once again, he was on the receiving end of his parents’ missteps. In a rush to park at our camping area and make the tour on time, we’d neglected to check the forecast. Though we did apply bug spray, we did not consider the need for rain gear.

Rain gear we had in abundance in our Jeep. All three of us have raincoats, as well as disposable ponchos in our emergency bag. It wasn’t a matter of ill-preparedness but thoughtlessness.

The Simple Things That Make or Break

While it’s easy to look back on these experiences with a smirk, none were enjoyable in the moment, and all were easily avoidable. More importantly, I could get myself into much more serious situations with the same level of carelessness.

In our full-time travel lifestyle, the required preparation day after day can become fatiguing. It’s easier to grab the first few supplies that come to mind and go. But these last few days have been a necessary wake-up call. One extreme is analysis paralysis, and the other extreme is carelessness. A healthy traveler occupies the space in the middle.

When Brittany Highland found out people actually drive around the world, she instantly thought, “We should do that.” With her husband, she has nearly seven years of full-time travel behind her and a delightfully adventurous four-year-old son. Their Jeep Wrangler took them 2,000 miles through the interior of Mexico in 2019 and the length of the Baja Peninsula in early 2020. As of last year, they’ve visited each of the lower 48 U.S. states. As Brittany teaches and empowers others to challenge themselves through overland travel, the Highland family is getting ready to circumnavigate the world by vehicle for the next 10-15 years. Join the journey at HourlessLife.com.