The “full-size” 2022 Toyota Tundra will offer two impressive new powertrains: a twin-turbo V6 engine and a hybrid twin-turbo V6; the hybrid powertrain will be the most powerful of the two. Mated to both engines will be a 10-speed electronically controlled automatic transmission with intelligence (ECTi). The new 10-speed features a sequential shift mode, uphill/downhill shift logic and TOW/HAUL driving modes. Both vehicles are now rolling off the assembly line at the Toyota plant in San Antonia, Texas. 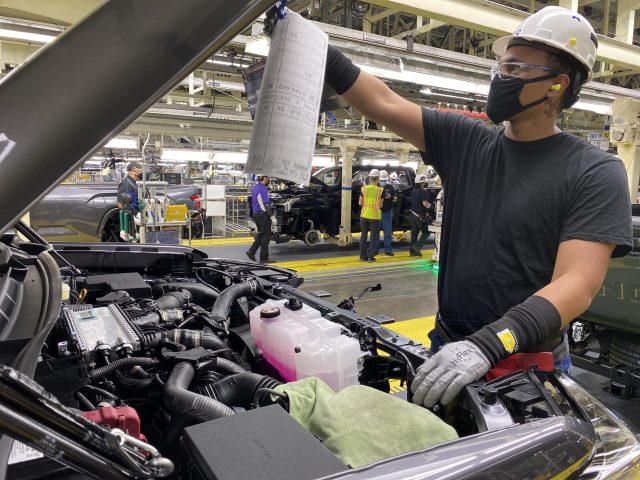 Getting this adventure-ready, go-anywhere truck to market took years of research and development from a dedicated team of employees and suppliers, including Toyota Motor Manufacturing Texas’ (TMMTX) over 20 on-site suppliers—a point that Toyota Texas President Kevin Voelkel made at today’s event.

“Today, we celebrate the hard work, the dedication and this accomplishment that has been years in the making.” said Voelkel. “There’s no question we are delivering the toughest, most capable, most advanced Tundra to date!” 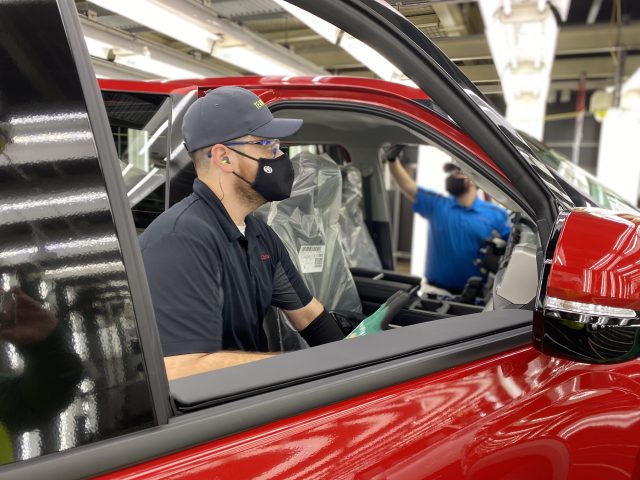 In 2019, TMMTX announced an investment of $391 million to prepare for production of the 2022 Tundra, pushing its cumulative investment to more than $3.1 billion. The investment helped TMMTX prepare for production of the next-generation Tundra by expanding its facility by 141,000 linear feet—equivalent to 470 football fields—to accommodate new processes and cutting-edge technologies to bring the redesigned powerhouse truck to loyal customers. This includes preparations to assemble a hybrid-electric version Tundra (the brand’s 12th electrified vehicle) that will go on sale in early 2022. TMMTX has the annual capacity to build 208,000 vehicles. 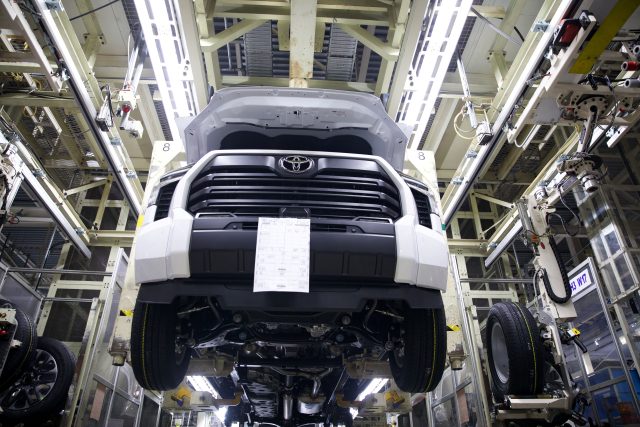