It began in 2005 with the acquisition of a Land Rover Defender 90 and quickly evolved into a protracted series of expeditions through Africa and across all of Europe and Asia. Known as Sirocco Overland, this continued adventure is the work of Gareth and Lisa, two ambitious travelers with unassailable wanderlust. Now in Australia preparing to explore their fourth continent, we caught up with Gareth and Lisa for a quick chat. 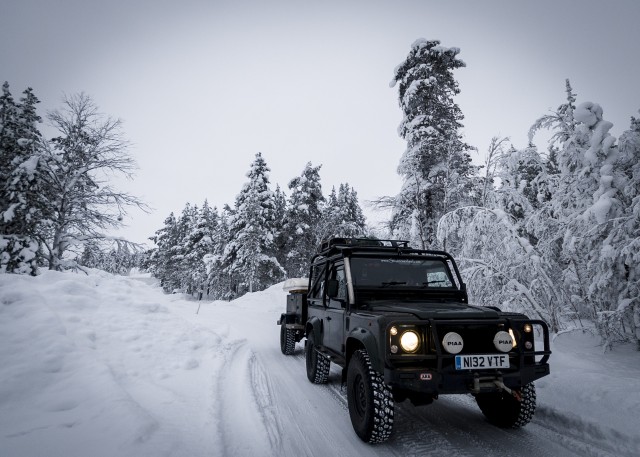 As we catch up with you, the two of you are currently in Australia making preparations to explore your fourth continent. Your previous travel leg was a massive endeavor connecting Nordkapp to Vladivostok. That must have been an incredible nine months. You’ve been off the road for a while, are you getting the itch to explore your new continent? What are your travel plans for Australia?
It was pretty amazing, almost surreal when we look back at it now. Even though we have been in Australia for six months we have spent the majority of it doing paperwork (permanent visas)  and spending time fixing the truck and trailer ready to import it and take it off the dreaded Carnet de Passage. Having sold everything in the UK our trip was on an extremely tight budget and we arrived here with next to nothing. I’m working six days a week for ARB to save for our permanent residency visa so we can stay here in Australia longer. Everything is coming together slowly but it is hard, especially with Lisa not being able to work here just yet. The joys of visa restrictions! We are getting there and hopefully once we have our long term visas sorted we will hit the road again with the Defender and trailer in tow. The visa will allow us both to work wherever we choose, so the plan is another longterm solo overland journey around Australia tackling some of the toughest tracks on offer. As everything stands now our feet are lightly planted so not feeling the itch just yet, but we know it is only just around the corner. 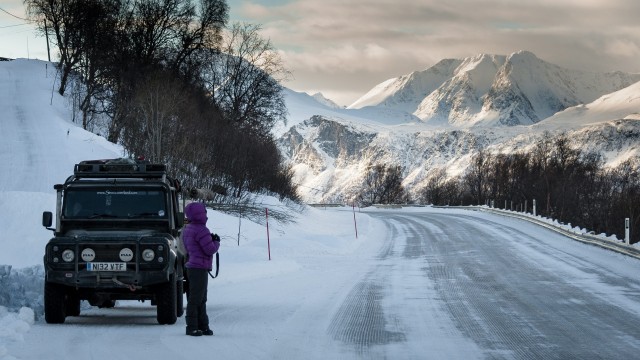 I’ve spent a lot of time on your website and the images and reports from your Trans-North Asia trip are simply amazing. The diversity of landscapes and cultures on that one journey must have been fascinating. Was there a section of that route you enjoyed most? Was there a place you wished you had avoided?
During the trip and even looking back we are both massive fans of Arctic Scandinavia, Tajikistan and the far North East of Russia. All starkly different but wholly awe inspiring.
Scandinavia in winter was just majestic, even when faced with wild camping four nights out of five (our budget only allowed one hotel/shower every five or six days) in temperatures down to -20°c we were upbeat and enjoyed the new experience. The scenery was awesome and dog sledding in Finland was probably our favourite experience of the whole trip. Our rooftent was our haven, with our portable woodburner, and Statoil service stations became the morning ritual for a wash and a free coffee.
Tajikistan was completely different. Far removed from western society this is a remote country in one of the hardest to reach places in the world. Everyone greeted us warmly and the hospitality was unrivalled. In the Pamirs people would be out on the road smiling, waving and cheering as we drove past, we couldn’t stop smiling! Past Khorog there is no phone signal, no electricity and life is simple for the Pamiri people who welcomed us with open arms. Surrounded by the snow capped peaks of the Pamirs and the Hindu Kush in Afghanistan we were often alone with unsurpassed solitude. The region hasn’t changed much since Marco Polo’s times. With great hospitality, scenery & epic driving, it’s a tough place to beat. It was also one of few places in the region to escape the summer heat!
The northeast of Russia along the Road of Bones was another of our highlights. From Yakutsk to Magadan we wildcamped every night next to glacial fed rivers with a campfire to keep us warm. We drove as far east as possible on the continent, to Magadan on the coast. We were disappointed that we were  unable to drive the Old Summer Road to Tomtor due to lack of fuel in the region and high water levels but it was the right decision at the time. The Defender was getting tired at that point and winter was setting in as we were so far north. It was a tough section of the trip but we really enjoyed the remoteness, landscape and wildlife. 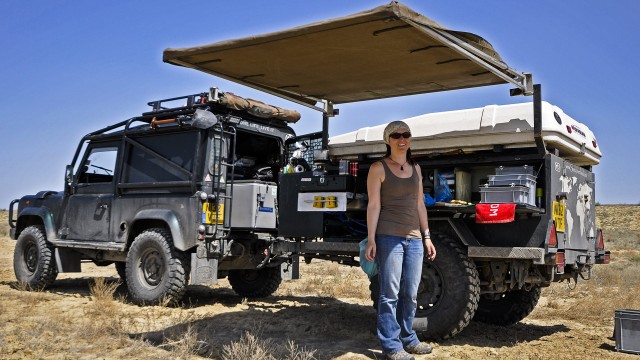 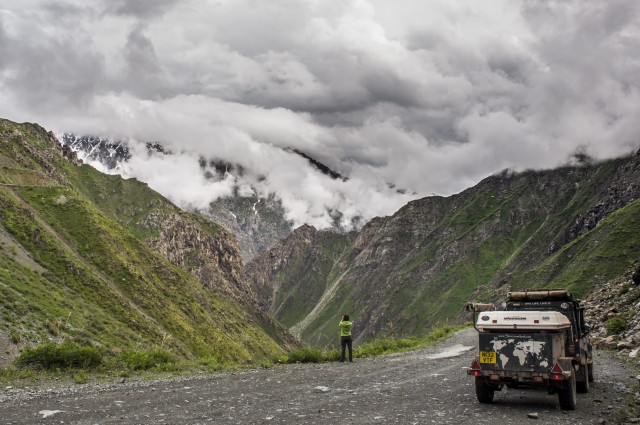 Over the years I’ve noticed a trend for overlanders to blow past many of the more developed countries, particularly in Europe, on their way to more remote destinations. I see you spent a lot of time visiting Sweden, Germany, Croatia, and Slovenia. Do you value the travel experience afforded in the streets of a European village as much as you do in someplace untamed like Siberia?
We wanted to revisit Croatia as we love it there, so it made sense to visit the surrounding countries too. Places like Bosnia and Serbia just aren’t major tourist destinations so we were also preparing ourselves in a way, getting off the tourist routes while still in Europe.
I would like to think we value those experiences  as much, but in different ways. Growing up in the UK with Europe on your doorstep, I guess we’ve taken it for granted. Every major city is only a short flight away.
I think most people blow through the region because it is expensive to hang around. With the high cost of accommodation, fuel and food, this quickly eats into your budget. We managed to free camp a lot to keep costs down, although snow made this harder than usual. Don’t get me wrong, I love Europe and it has so much to offer but the draw of remote travel in developing countries is just too much to pass up. Maybe we will save exploring the comforts of Europe for our retirement in a comfortable campervan! 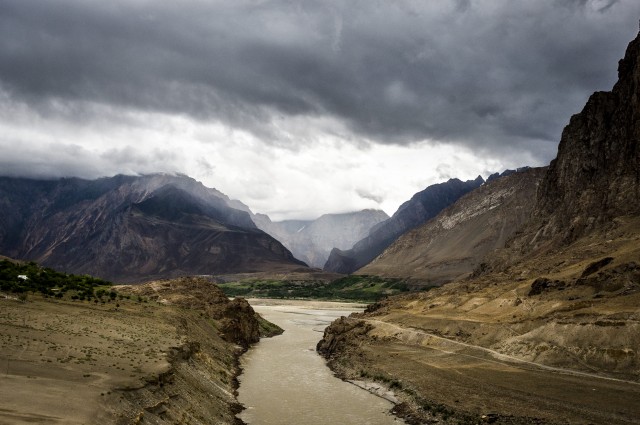 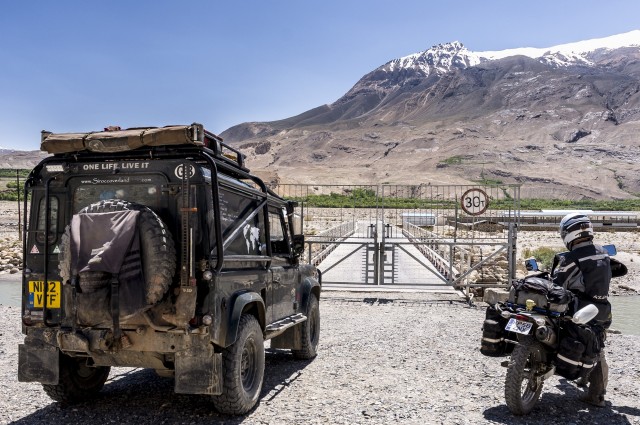 Your Defender 90 paired to your trailer appears to be a formidable performer off-road. How much of your Trans-North Asia route demanded that level of off-road performance? Did any portion of your route threaten to stop your progress? The BAM road looked challenging.
A reasonable amount. The way I like to look at it is this: You can drive around the world in almost any vehicle if you stick to the right roads, but to truly explore it, you need to go prepared. The high ground clearance meant we didn’t have to worry about things on some of the worlds most awful roads. Even roads designated ‘highways’ were constructed of deep sand and rutted mud. The rig made a difference while exploring Mongolia as we took a rather unconventional route following old Soviet maps through the Gobi Desert. Then there was an unplanned rock crawling session in Kyrgyzstan heading into the mountains. It was pretty worrying with the trailer and nowhere to turn around, but we made it. When we got to top of the trail a local told us he had never seen anyone tow a trailer up there. The drive to Ushguli in Georgia was pretty rough in places too and I was glad to have a well prepared vehicle.
Not forgetting Siberia, the main roads between towns were only asphalt for a few kms either side and then it was back to mud and sand. Trucks & cars were often stuck and we had to tow a few out of trouble. Far North Eastern Russia put the most strain on the rig as a whole; a smashed window, cracked windscreen, cracked headlights, blown rear shocks, brake pads worn to nothing & metal fatigue to the trailer body. After 35,000km it was hardly surprising given the roads we had come along. Luckily we were coming to the end of our journey and decided to limp to Vladivostok and fix it all in Australia.
The minor issues we had were repairable and we managed to find the odd welder when needed. 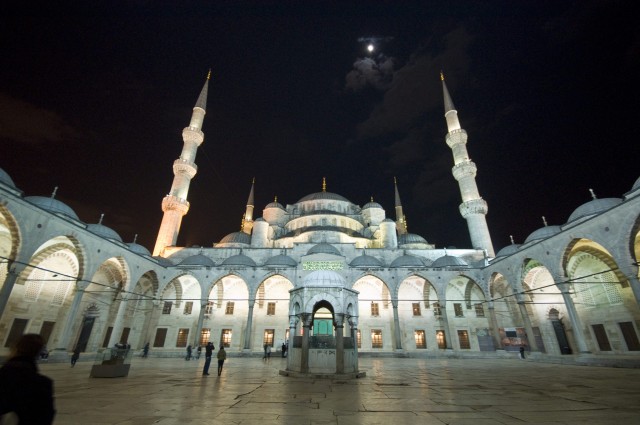 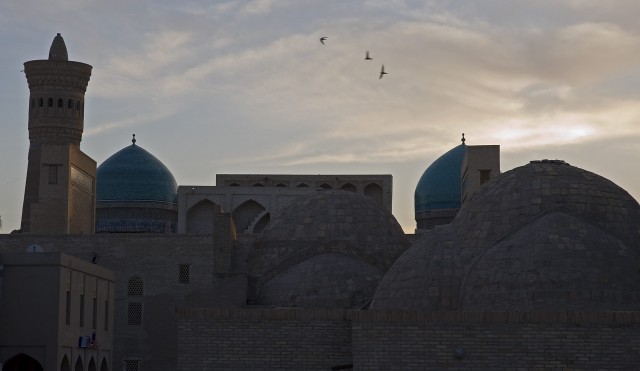 I’m really fascinated by your travels through Afghanistan. Your border crossing was a little tricky, but how was your experience overall in that corner of the globe? Did you feel safe traversing the Wakhan Corridor?
Yeah Afghanistan was a bit of a highlight and a disappointment rolled into one. The plan was to drive the Wakhan route on the Afghan side up into the panhandle northeast of Ishkashim. By leaving Tajikistan and re-entering we would also be able to renew our 15 day permit for Tajikistan. We spent a lot of time preparing kit and leaving the trailer at the Pamir Lodge in Khorog, travelling light in the 90. We were joined by Adam Lewis (Shortwayround.co.uk) on his DR400 for this section of the trip as we thought it would be safer travelling with someone else too. It took a few days to procure the visas and ask around about the security situation in the region. Apparently the Wakhan was safe but there was still some fighting in nearby valleys.
To cut a long story short, no-one had told us we needed a document (a Farsi translation of our registration), so of course we didn’t have it. We had already been stamped out of Tajikistan and would use up our permitted second entry returning to Khorog to get it. This meant we could not get the vehicle or the bike in, no matter how much everyone tried. We were so bitterly disappointed as we will probably never have the chance to return to the region with our own vehicle again.
ln the end we entered on foot and spent some time in Ishkashim before returning to Tajikistan. The Afghan people we met were so friendly & the village elders couldn’t understand why we weren’t staying – the border beurocracy was unknown to them. We felt safe there, but when an armoured Humvee rolls past your homestay, it does make you think! That night, when we asked our guide Azim how far away the Taliban were he said “12 hours… walking”. The rest of the Wakhan Corridor on the Tajik side was perfectly safe and we will never forget our time in the region. If you love sparse big mountain landscapes, you will love the Pamirs.

Stay tuned for part two of our interview with Gareth and Lisa.

The Maxtrax is rated 4.7 out of 5 stars from 84 customer reviews on Amazon. 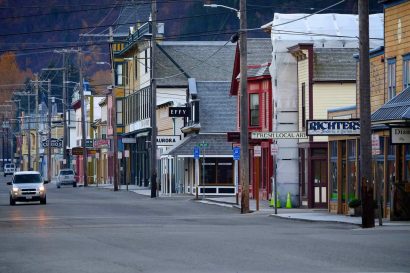 Overland Alaska: Whitehorse, Skagway and the Rush for Gold 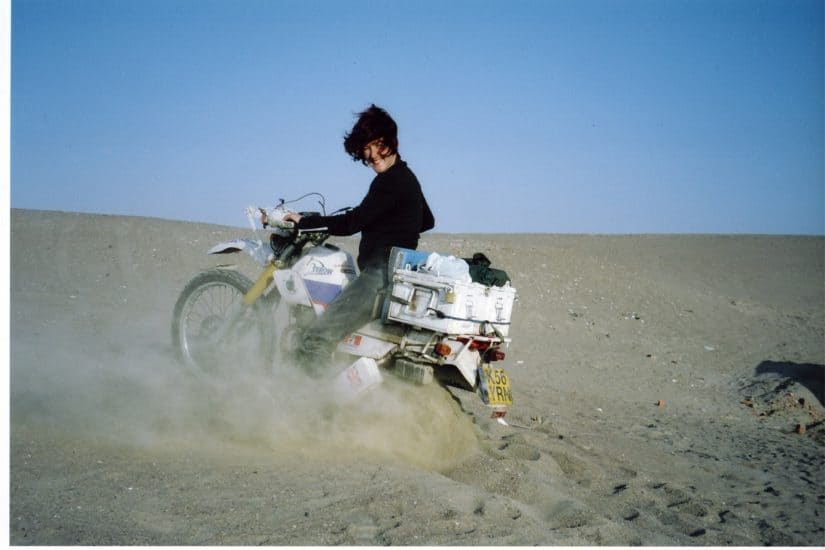 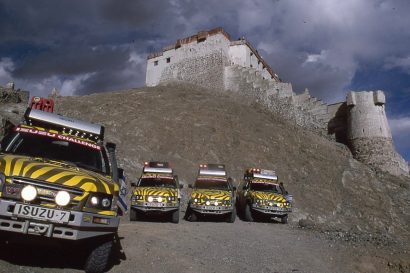