Wet and windy, those were the two words that summed up the British weather for our short road trip around Scotland. We explored one of the tallest roads in Britain to the most northerly point of the UK, taking the time to shoot photos and appreciate the stunning views we had almost all to ourselves.

My two primary subjects for photos on this trip were the endless hills and mountains, and, of course, the two Land Rover Discoveries we were using to get us above and beyond. A lot of people dislike travelling in winter because of the weather and chill factor. We opted to go against this train of thought as we knew there would be far fewer people so that we wouldn’t have a problem visiting the more “touristy” spots. This also meant the roads were extremely quiet, and we could cherish the adventure even more. 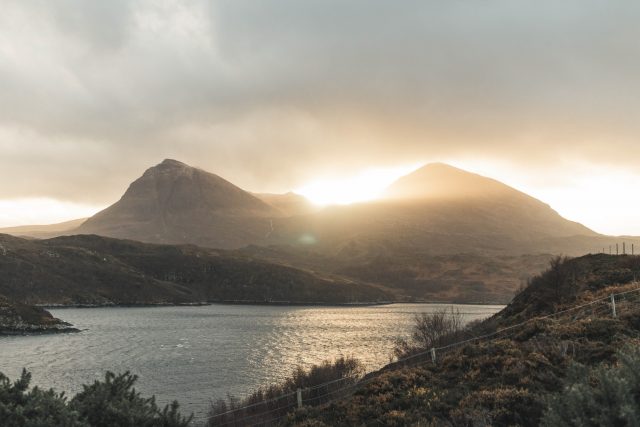 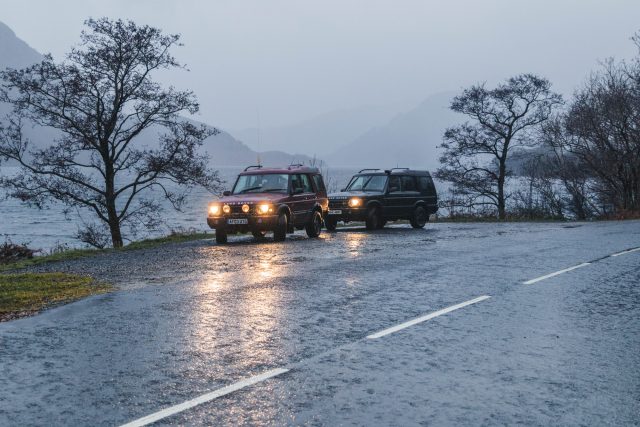 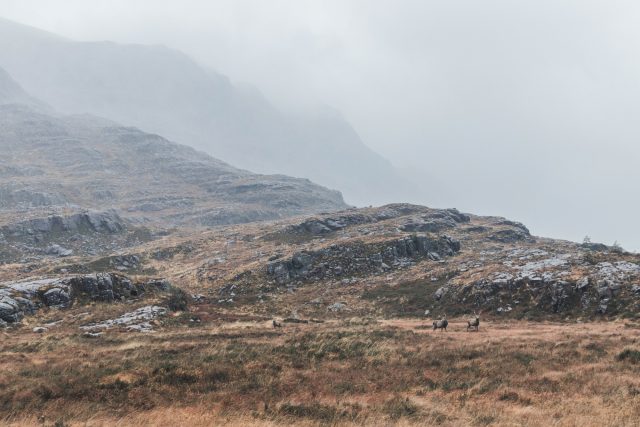 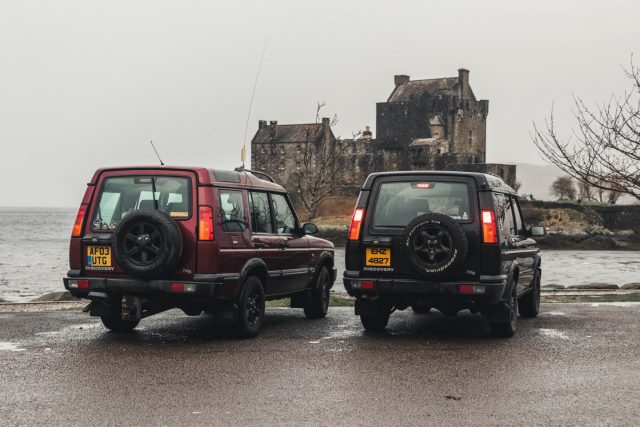 Our two Land Rovers were only equipped with the bare basics: CB radios and boxes with supplies inside them. They weren’t kitted out to their full overland potential, but it didn’t put us off going as far as we could. Destination planning was key, as we only had a short period to squeeze everything in. We chose to travel up through the Highlands first, as we knew this was the section we were most keen on.

Our trip started by taking us through the Glencoe Mountain area, which was a breathtaking experience. There were snow-capped mountains with a road going on for miles through the middle. We kept stopping every time a new mountain came into view to take it all in. Later that week, we spent a couple of days exploring the winding roads on the Isle of Skye. My favourite one of them all was to the Quiraing—the views made us feel like we’d found another planet, they were that extraordinary. 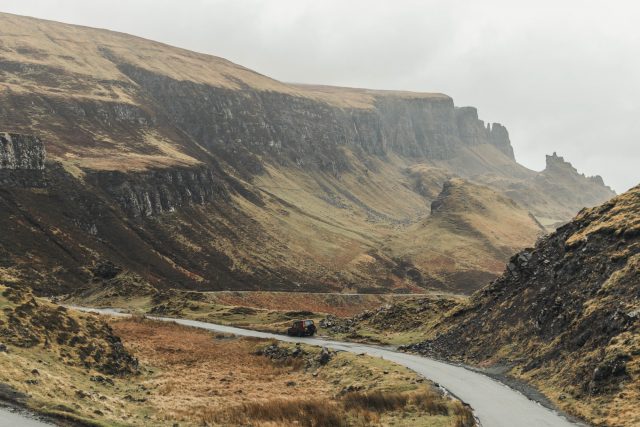 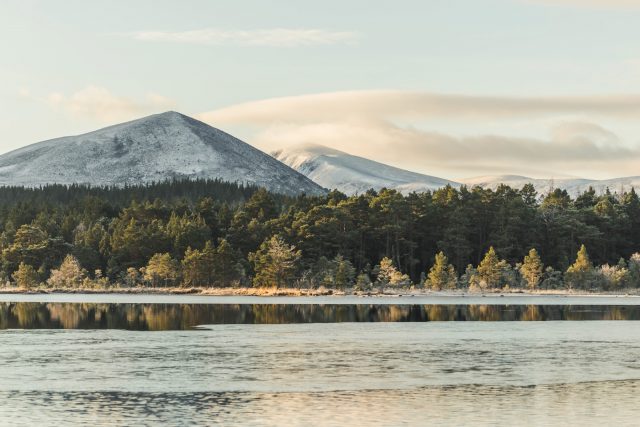 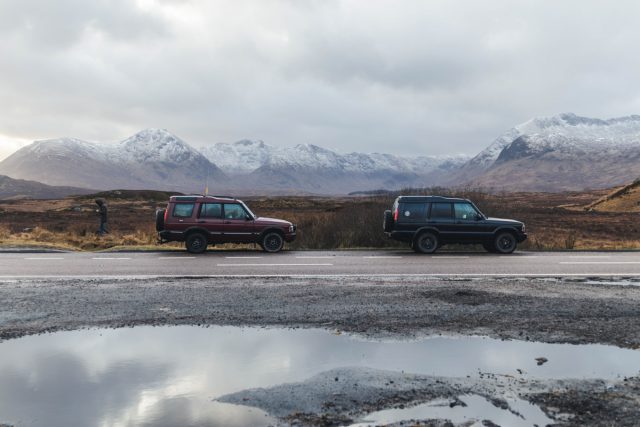 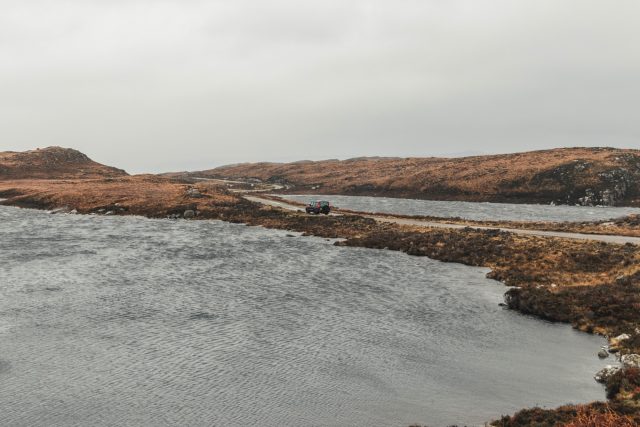 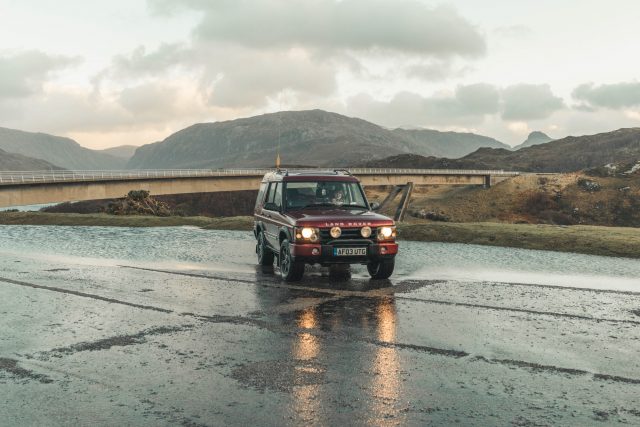 After Skye, we ventured farther north on the mainland. A code yellow weather warning was issued with extremely strong winds, and we decided to drive Applecross Pass, one of the tallest roads in the UK. It was a blast, but we couldn’t see more than a car’s length in front of us. After this heart-racing experience, we followed the coastal route towards Kylesku Bridge. This bridge is usually a very popular destination and jam-packed with tourists; luckily, we had it all to ourselves. Time was running out, so we dashed over to John o’ Groats, the farthest point in mainland UK, and headed straight down to Cairngorms National Park. We didn’t have as much time to explore here as we’d hoped for, but what we did see was spectacular. Overall, it was an amazing overland trip, with lots of memories made and stunning views to embrace. 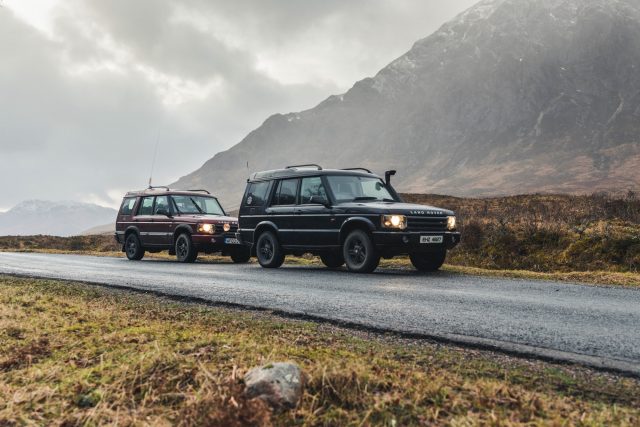 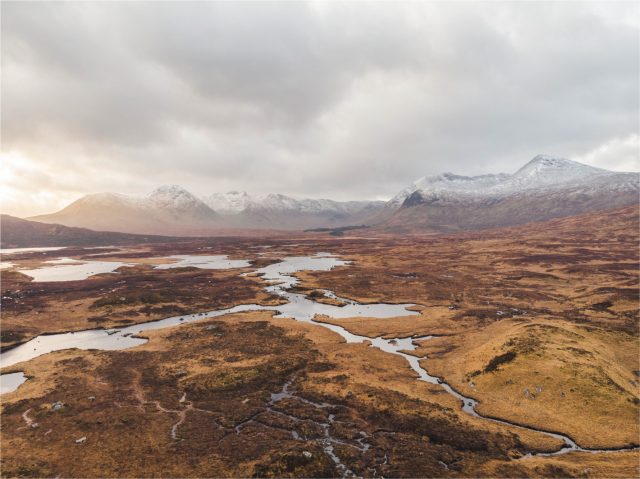 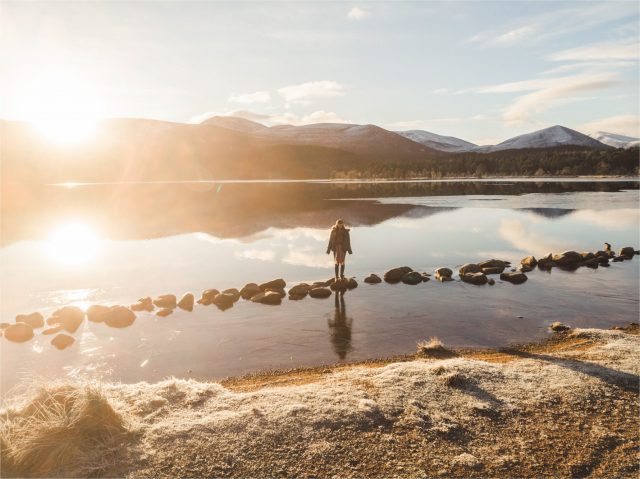 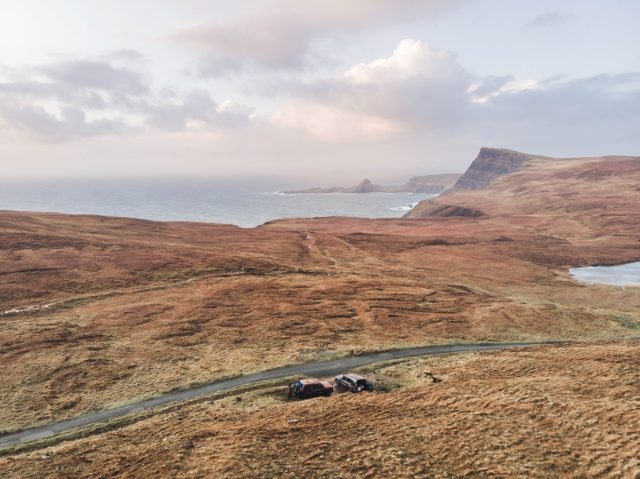 Alexander Baber is an avid overlander and photographer, born and raised in Britain with plans to travel all across the world. He has a significant interest in Land Rovers and chooses his Discovery 2 to be his overland vehicle of choice. From a young age, Alex has always shown a passion for road trips and adventures, so having the opportunity to explore and being able to experience different cultures is a very uplifting experience for him. He enjoys meeting new people and uses photography as his main method for journalling his travels, with the hope that his work inspires fellow adventurers to explore more.