Our Land Rover Defender has taken us to 41 countries over a 6-year period. Not once have we been arrested, none of us (a family of four) have contracted malaria, been robbed, shot at, beaten or deported.

I want to write the story about how, that one time in Tanzania, I had an argument with a soldier and was thrown into a dark, dank cell which I shared with 57 large, aggressive men, men who I dominated through intelligence and blinding violence, ensuring that I would be unmolested and would get my share of the fat rats. I want to regale you all with tales of how I managed to challenge the system from within, unite and organize my fellow captives to overthrow the corrupt prison management and start a revolution with the political prisoners my leadership freed, all while suffering from cerebral malaria and ebola. But, this is not Shantaram (for those of you who have suffered through that fiction dressed as fact, you understand) and we are committed to telling the truth, the whole truth and nothing but. We have worked too hard to compromise our reputation with click bait titles. Speaking of titles, the title of this article is a play on the title of the 1987 Dead Kennedys album, Give Me Convenience or Give Me Death, which is itself a play on the famous ultimatum by Patrick Henry, Give me liberty, or give me death. Playful. 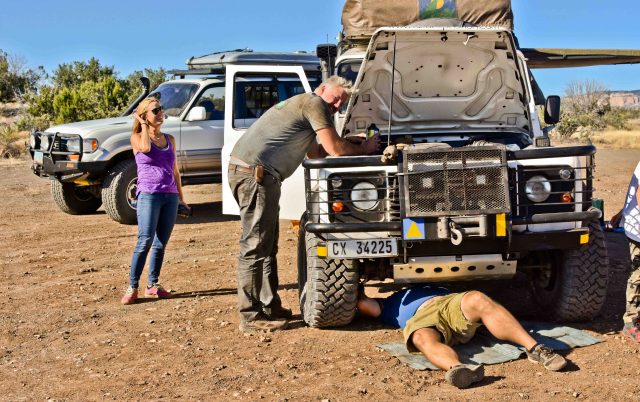 We overland tenaciously, country by country obeying most of the important laws, never overstaying our visa periods, never working illegally (though trimming marijauna for $300 a day in California was tempting), politely and diligently dealing with the bureaucracy which, other than finances, usually presents the largest, most stubborn obstacles.

Okay, there was that time Jessica contracted bilharzia in Malawi and there was that virus which ravaged me in Mozambique, and the night-time fever which plagued Keelan for months, and the gastroenteritis which almost tore Luisa apart from the inside. But, do you think anyone would be thoughtful enough to throw us in a cell while we suffered, granting us a truly magnificent story of adventure, perseverance, and courage? No! Instead they give us antibiotics and blood tests and hydration. What is this world coming to?

At this rate, we will never have that explosive story to tell which will sell 33 million books, enrich us, and catapult us to international fame. (George Clooney will play me, Julianne Moore will portray Luisa (both will need many hours with us to perfect our South African accents) and the kids roles will be decided by the fat cats when the screenplay is sold). You know, even the FARC in Colombia didn’t want to kidnap us. Pathetic. Okay, I was almost viciously beaten by Chavistas in Venezuela because of my public criticism of the Maduro government but I managed to talk my way out of the confrontation. Dammit. That was my chance. I should have slapped the snot out of that kid leaning on my Land Rover, talking to me with contempt, I should have fought bravely against his friends lurking in the shadows, I should have created an international incident and been thrown in a cell with Leopold Lopez. That was my chance to be part of a revolution! But, no. I controlled my ego and did not take the bait. I stayed calm, considering my family waiting in the grungy motel room and walked away from my provocateurs—angry, insulted, but calm and free. I am a disgrace. Great men are forged in the fire of combat, not peeking through the blinds every half an hour, checking that the Land Rover has been left unmolested by communist thugs. 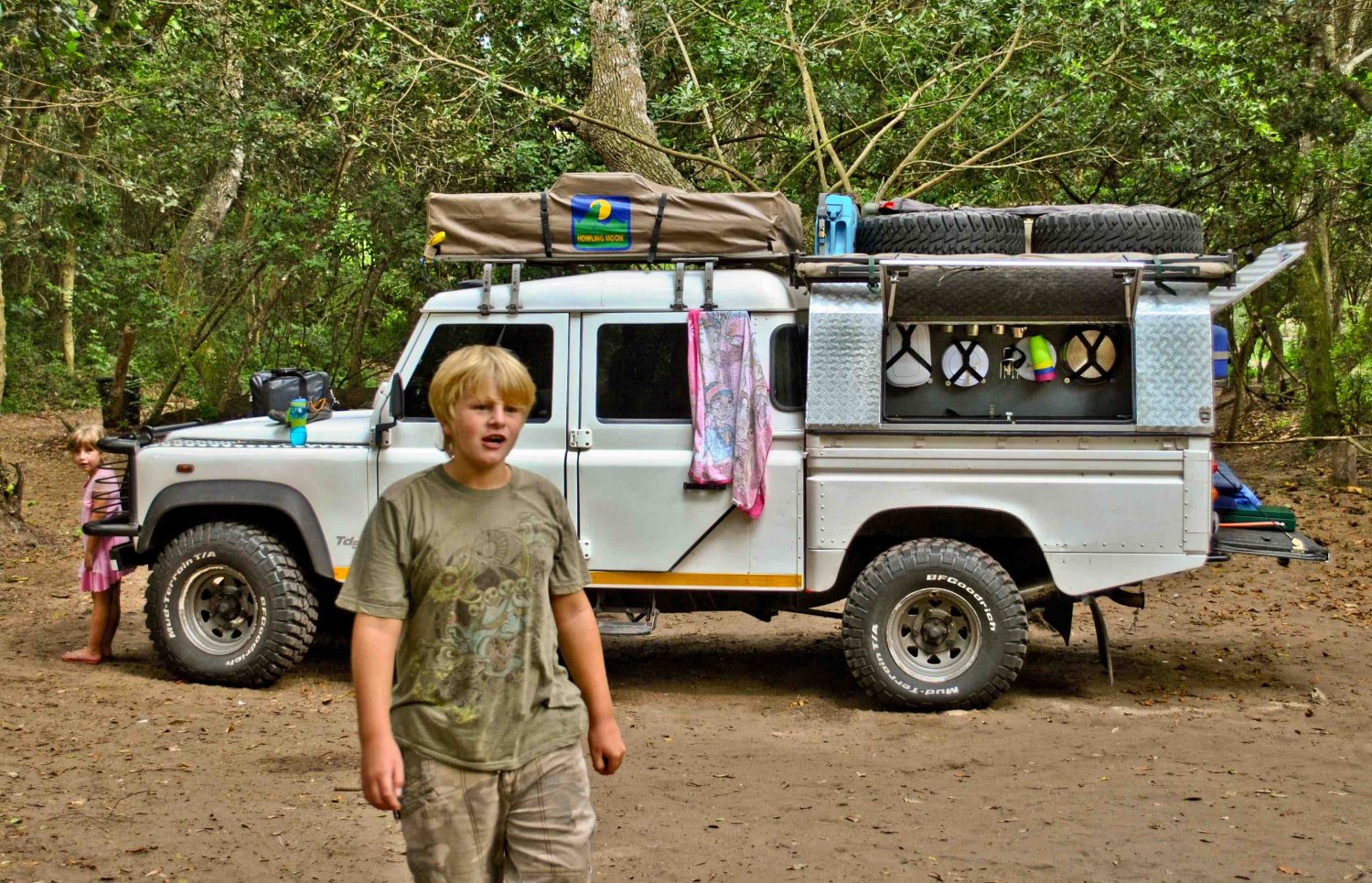 The Defender itself doesn’t help our helpless cause at all. People are always staring at her, no matter where we go and especially now that we have rebuilt her as a camper. If people are always staring at her when are thieves supposed to try and break into her? She is incredibly capable off road and hardly ever gets bogged down or stuck despite the dunes, mountains, jungles, and beaches we subject her to. She does not break down (touch wood) as often as she might, instead reliably and predictably housing and ferrying us across continents. And, she is always showing off, playing the good Samaritan, winching trucks out of holes and lesser vehicles out of mud and sand. 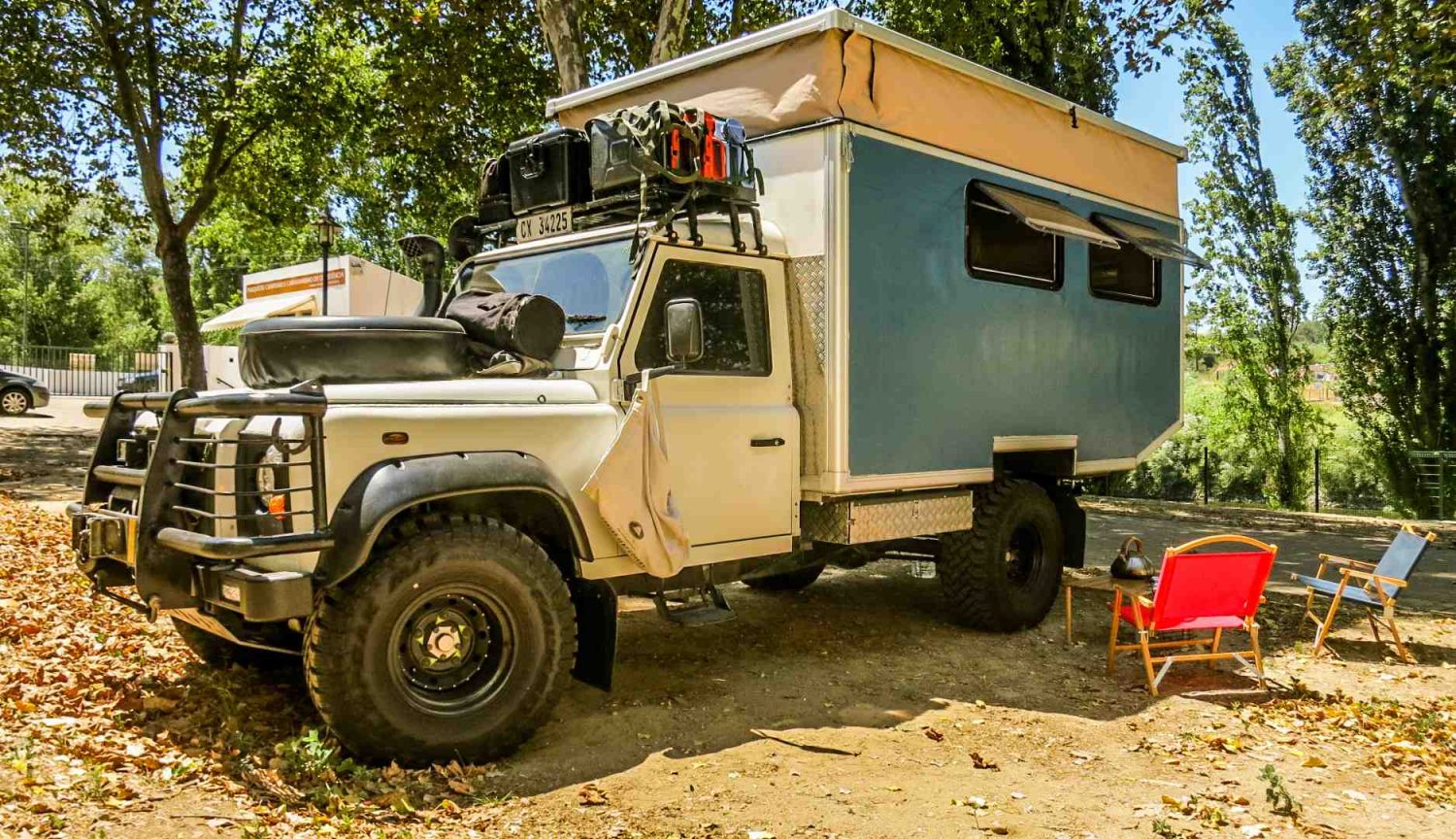 Perhaps Asia will be more exciting, maybe the Middle East will live up to its reputation for war and mayhem. India or Pakistan will surely provide the chaos we need to elevate this story to dizzying, improbable new heights. It is more likely though, that we will just cruise along, explore amazing places and make many new friends with exotic names and welcoming homes.

Warning. This article may contain traces of satire. – GB

A note from the ExPo editor: If you have yet to read the first two books penned by Graeme, illustrated by Luisa, and made entertaining by their two adventuresome kids, you need to immediately. Consider it the preamble to their forthcoming book, La Lucha: The Fight.

So many overlanding books are informative, sufficiently inspirational, but seldom are they fun to read. The Bells on the other hand, have a collective wit matched only by their wanderlust. Click on the image below to order the three book set. – Christophe Noel

Vehicle-dependent Expedition Guide
by Tom Sheppard
From $137.62From CAD$221.81 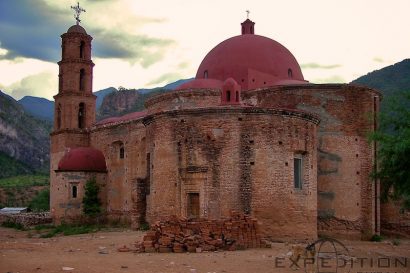 Copper Canyon: Stories from the Vault 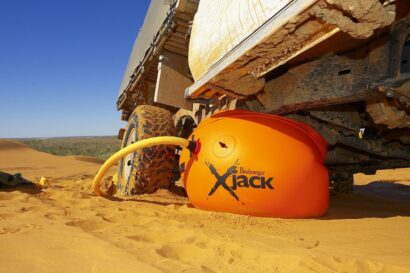 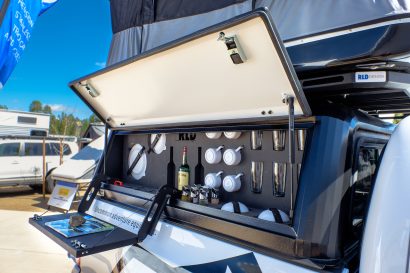 The Coolest Products You Missed At Overland Expo West 2019